Usually, I am morning person and the best moments of the day are when the sun breaks through the trees that surround my rented apartment. The chirping birds in the leafy branches jumping to one another's company, breaking the morning silence with their sweet noises fill my blank mind as I take tea in the sky facing balcony. But I did not have to miss this everyday ecstasy as I set off for Agra early in the morning. The Gandhi Nagar Railway station in Jaipur is mostly clean and very spacious and it's not very crowded either. I reached the station a little early, before the dawn break. I have never felt waiting for the train could be as pleasant as on that day. On the backdrop of the crimson dawn, birds on a V-formation were zipping around the sky. The cool breeze, the morning sky changing its colour ever so swiftly and the birds in their zest stole my mind and heart, adding flavors to my lonesome world. 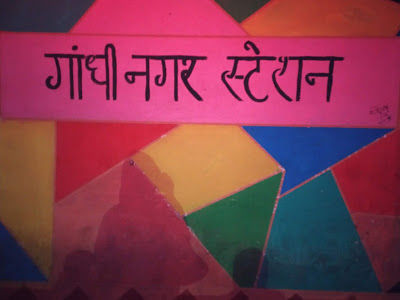 Then the sound of the train horn crash landed me to reality. The four-hour journey from Jaipur to Agra was almost hassle-free. As I settled into the berth and created my comfort zone, I read a book, slept in between and wanted to have a view of the panorama sometimes. On certain routes, Indian trains have come punctual and was happy to experience it when I reached Agra. After coming out of the station, I was accompanied by the red-faced monkeys. I felt like arriving in an uninhabited island suddenly surrounded by aboriginals not knowing what is in store me. What I guessed was that they are drawing my attention to get some fruits. Because I was a little circumspect of their behaviour, I preferred not to take any photos but I was enjoying the company although with a bit of apprehension.

After haggling for half an hour, finally I managed to get a Tuk-Tuk to my two-day home Zostel. The way to Zostel began to shatter my preconceived notion of the Mugal settlement as I found the town clean and less crowded. But the next day I realized that it was just a corner of the town, the rest were the live museum of a fluttery township.

After reaching Zostel, I found a bunch of trippers was lost in some amusing activities like playing badminton and enjoying a game carom, etc etc.

In the land of Mugal Heroes, visit Sheroes

While planning the visit to Agra, I was googling about things to see and do in the city of the Taj Mahal. What caught my eyes is Sheroes, a hangout cafeteria managed by victims of acid attacks. This is probably the only cafeteria in the world where the price list in the menu is blank. I had a cold coffee and Veg Chowmin and they were delicious. Nobody would ask you for money, but for your order. There is a donation box and one can put in whatever one feels like. But this is just a window to the world where innocent victims find dignity, courage and confidence to face the society that would otherwise have shut the door on these beautiful creations of the God, harmed barbarically by insensitive people in the most inhuman ways. Meet Geeta, who unfolds her traumatic life shattering story. One day, she was lying on her cot, her two small daughters cradled at each side. The night was like any other for the 23-year-old mother living with her husband and her in-laws in a slum in Agra. But Geeta knew something was wrong. Things with her husband had become unusually tense after the birth of her daughters. Geeta felt it had something to do with her husband desperately wanting a son -- as many most Indian men do. The lack of a son could mean that he would lose his rights to family assets, which could be claimed by other family members......

There are close to a dozen victims in the cafeteria leading a respectfully productive life which would not have been possible without Sheroes.

I don't know if I would call it a visit or a life transformation moment for me. We get so upset and bitter with petty inconveniences in daily life that we lose happiness, respect and purpose. But looking at these Sheroes I realised they are no less than angles who after all this have the courage and confidence to win love, respect and lead a good life.

The world considers Taj Mahal as the signature monument of love of the Mugal Empire. But after visiting the Agra Fort and having an insight into the life of Shahjahan who lived here with his queen Mumtaz, I could feel that the Taj Mahal was only the symbol of their love while Agra Fort is where they made and manifested their love in ways that would astound anybody.

My first visit was to the Agra Fort. I was not biased against the Taj Mahal, but felt I need to understand the reasons why the magnificent monument was underrated, in a relative sense. While taking a complete walk of the marvellous palace made me wonder the unconditional love of the Mughal Emperor for her precious Jodha. I was drawn into an amazing stupor by the bewitching and alluring architecture, the beautiful carving , grapes garden, the pond (Jodha loved fishing) and the Sheesh Mahal which manifested a rare profound and intense feeling of the love birds which made me brood over the Mughal days. Now was the time to satisfy my hunger as I had not eaten since early morning. Being a big foodie, I always look for local cultural cuisine. I had heard a lot about Chemman Lal Puri Wale, a tiny shop located in the mid of Subhash Market.

The shop is one hundred and fifty years old and is being run by the fifth generation of the family. 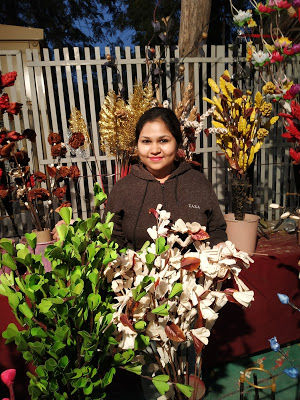 The tiny craft village brings artisans and craftsmen under a single roof. The handicraft village is run by Utter Pradesh government. Shilpgram is famous not only in India but across the globe. One can also enjoy the traditional cuisine and enjoy the ethnic and traditional part of India.

Though the world considers Taj Mahal as the proof of the profound love of Sah Jahan and Mumtaj and die to visit the place but I found nothing there except the beautiful architecture of the monument. I found the magnificent monument as a Mugal Graveyard where the two love birds are buried. Though I am not writing much on Taj Mahal as children from prep to 100 years old man will explain each and every detail of the glorious monument. Still I have tried to capture few photos. 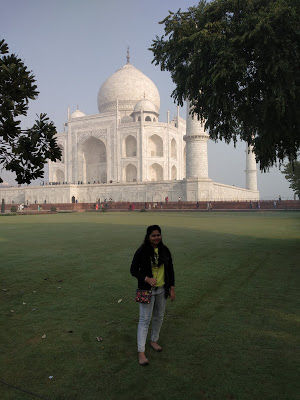 And the mendatory Agra breakfast outside TajMahal 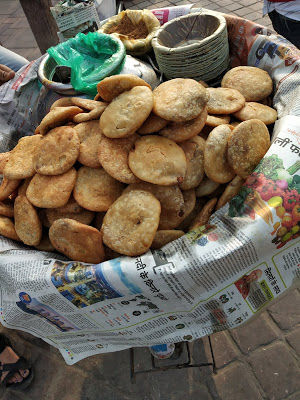 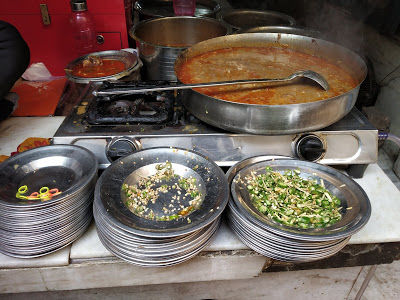 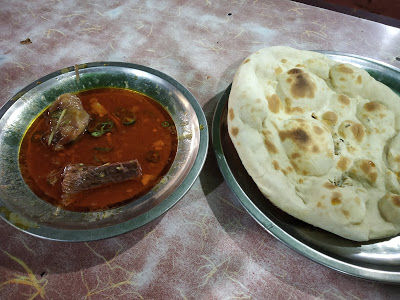 Friends I have covered almost all the places in Agra as there you will not find much things to do in the crowded town.

Food: i) If you are non vegetarian then one must visit the Mugal Nihari early morning shop located in the old Mugal Settelment

ii) I was fond of shopping but friends there is not much to explore in Agra.

iii) If you are in Agra then please visit Sheroes. There are so much to tell about the victims but I will not as I have saved most of the information for my Youtube vedio. I have interacted with each and victims there and yes they succeded in changing my views towards life. iv) Though I had Agra petha but have not focused much on it as it is something which is common to all.

Their is a small request to all the viewers that if you really feel the the content provided in the blog is appropriate and perfect then please comment and share the blog and if you feel that there is something lacking or something which can be added to it so that I can further improve in my writing then please update me it would be a great help to me. ????????????