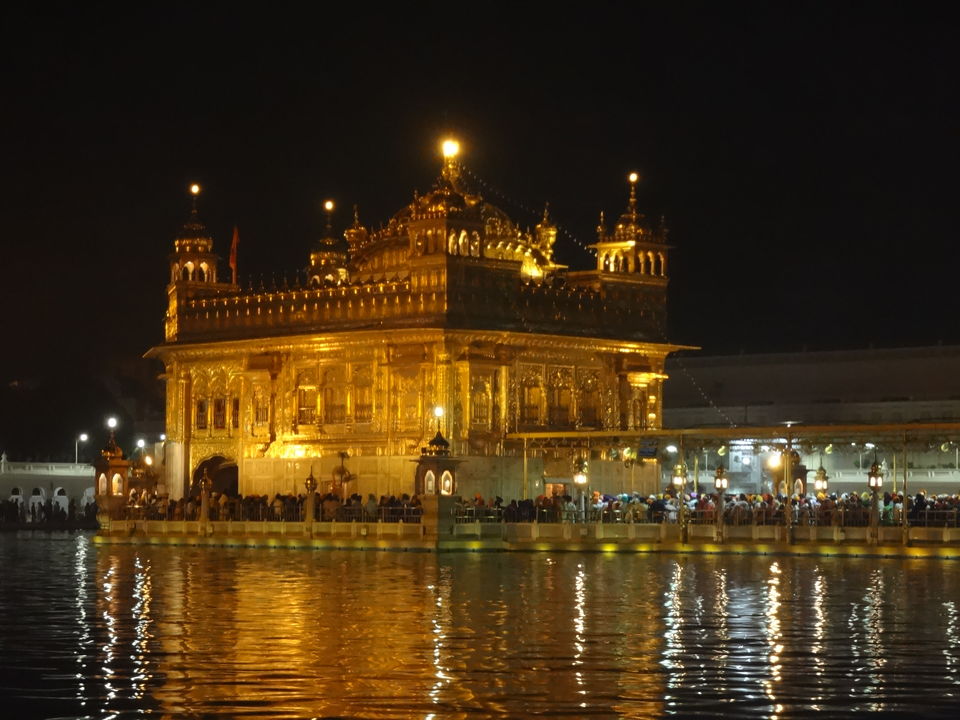 Lucky was I to get an opportunity to spend a few hours inside the Golden Temple at Amritsar. The most sacred place of worship for the Sikhs, the “Harmandir Sahib or the Darbar Sahib”- as it is otherwise known, taught me some golden lessons of life.  As I walked in through the main entrance of the Golden Temple, I stood mesmerized- by its sheer beauty, the sereneness despite the sea of humans (the Golden Temple receives over a lakh visitors on a daily basis), and the faith that lay in abundance all around me.

Head covered… As you step into the courtyard of the sprawling temple campus, you can’t but notice the extent to which rules are followed, with ease. You wouldn’t spot a single soul without a cloth on their head. The long line to enter the main sanctum moves in unison. There aren’t any VIP queues or special “darshan” queues.  It’s a single line irrespective of who you are (except for women with small babies).

Keeping your place of worship clean

As I walked along the holy tank or the Amrut Sarovar, I noticed a young couple in crisp cotton clothes stooping down with a broom and mop, scrubbing the marble white floor off the black dust and mud that lay strewn. When inside the complex of the Golden Temple, don’t be surprised to find several people volunteering to keep the complex clean. People volunteer to sweep, swab, dust, serve water to the millions of devotees who throng to pray.  It doesn’t matter whether they are the wealthy or the poor. It is their temple, their abode of God; hence it is their responsibility to keep it clean.

You would never go back hungry

Langar– or another word for the common kitchen in a Gurudwara. So here is the fact- The kitchen at the Golden Temple feeds up to 100,000 people a day for free- making it the largest community kitchen in the world.  It is said that even the Mughal King Akbar came and sat among the ordinary people to share Langar.

It is here that everyone eats together, seated on the floor, irrespective of caste, creed, religion or gender. Everyone is welcome to eat the delicious meal of roti, dal/sabzi and a nice rice kheer.

Each week a family or several families volunteer to provide and prepare the Langar.  All the preparation, the cooking and the washing-up is done by volunteers and or by voluntary helpers (Sewadars). People peel garlic, cook, and make roti, serve, wash dishes, mop floors, and help pass out new dishes. This is done seamlessly.

As the sun sets in the evening, the Golden Temple shimmers. The magical reflection of the temple in the Amrut Sarovar soothes the mind, as the soulful sounds of the Kirtans that are being sung by the Sikhs waft through the air. I close my eyes, soaking in as much as I can, unable to move away, unable to walk out of a complex that radiates and resonates so much positivity.