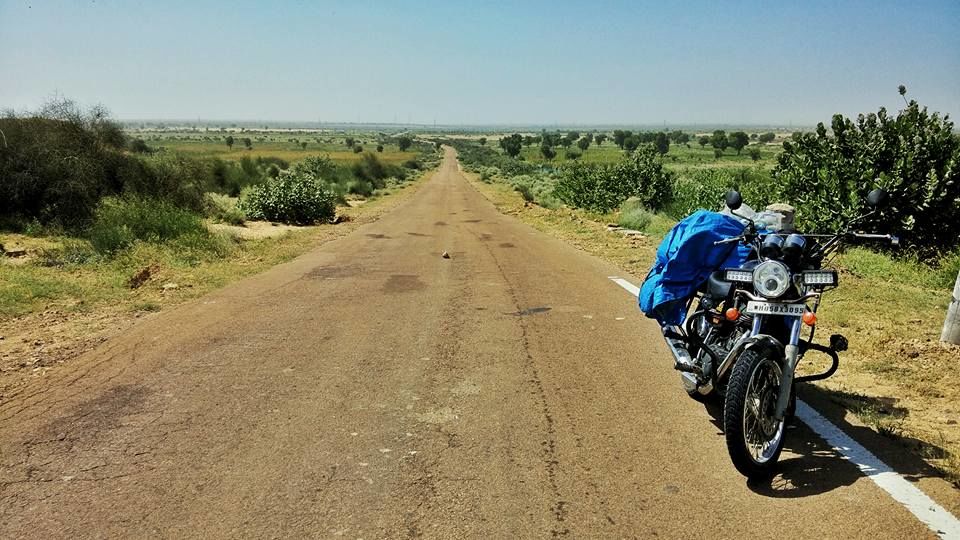 There is something about mornings that gives a sense of calm. When I woke up on the third day after good long 8 hours of sleep, it was precisely this calm that I felt. A sense of fresh, peaceful energy and the anticipation of a new world which caused the tiredness of my previous day’s ride to vanish and took me to the days of my childhood when my routine wasn’t time bound.

I checked out of the hotel at 9.30 a.m. loading my luggage & gearing up myself. The fellow at the hotel bade me good wishes best for the journey ahead and I throttled away towards the road leading to Bikaner.

I had hardly crossed 500 mtrs into my ride when I felt that riding on the national highway was not the thing I want to do. I craved something different from the itinerary, something similar to the routes I had taken the previous day when I lost my way & experienced the interior, less travelled village roads between Mt. Abu till Barmer. Refering the all knowing Google maps and asking a few locals I decided an impromptu twist to my journey & instead of heading straight towards Bikaner, I took a left from NH 15 and headed further north towards the Indo Pak border. 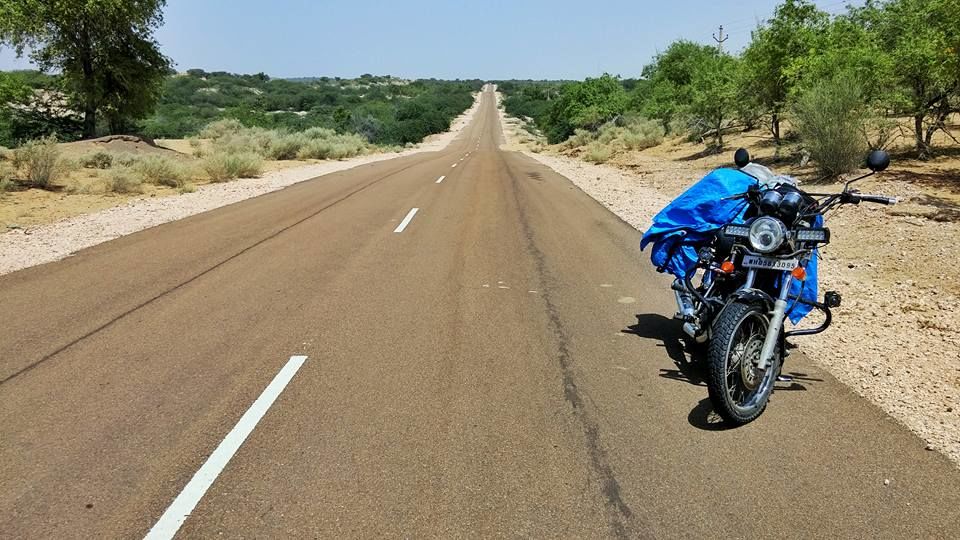 Soon I was riding on the road close to the  national border. The roads got narrow, long, deserted and civilisation started getting out of sight. Needless to say, I loved every bit it. This was my idea of of nirvana: riding on narrow roads which stretched out straight till my eye sight could reach.

On the way, I spotted a lake off the road a litte far from my route. I jumped at  the chance to do some mudriding and offroading and reached the lake. I splashed the water on me and looked ariound, the sky was pristine blue, the soil was rich golden with patches of green pastures and not a single soul to be seen. Was this how the first man who walked the earth felt? How I wish I knew. When my senses connected to the factors around me, I actually felt the pinch of nature. The wind touched me like a never ending caress, the sun shone brighter than ever before, the glitter on the lake like a million diamonds scattered and the swaying of bushes and the trees at distance like a dance in motion. I stood there for a couple of minutes drowning in the beauty of mother earth.

When I resumed my journey on the same long narrow secluded roads, after this short interaction, my respect for nature had gone a notch higher. There was nothing except few ocassional vehicles passing by and I suddenly became aware of all the attention I am drawing to myself. I was sure every human I encountered kept their eyes fixed on me watching my every move & every vehicle had their driver staring me down from the time they saw me coming till the time I appeared on their rear view mirror. I am dead sure they all wondered what species I belonged to…… LOL 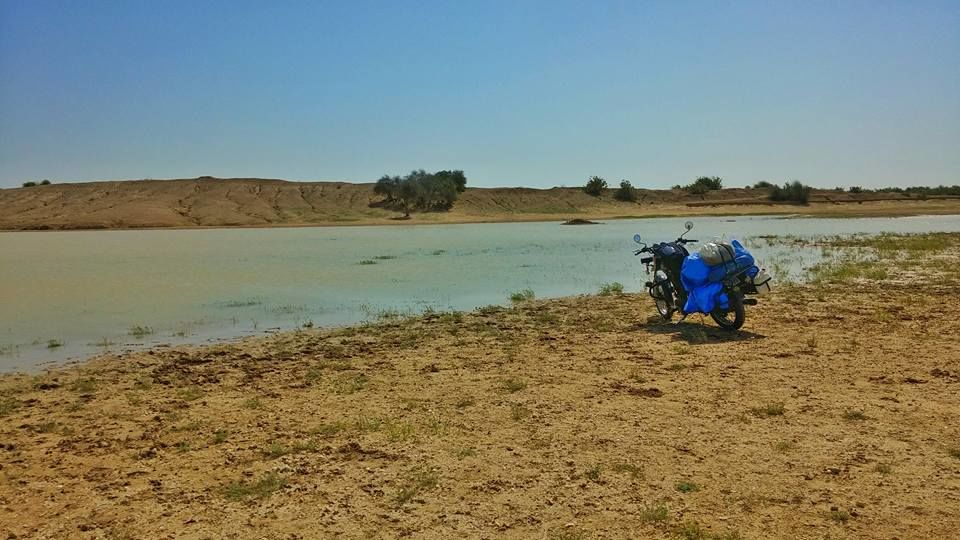 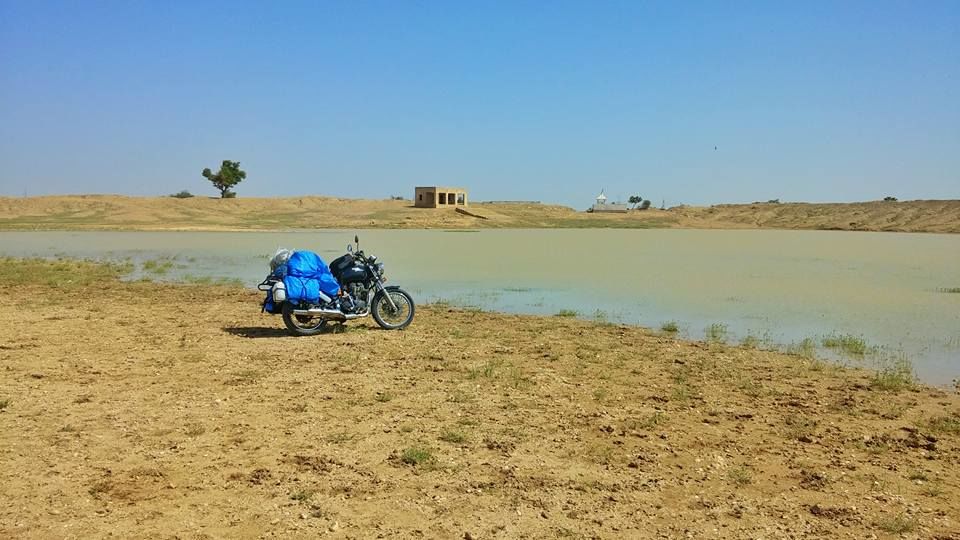 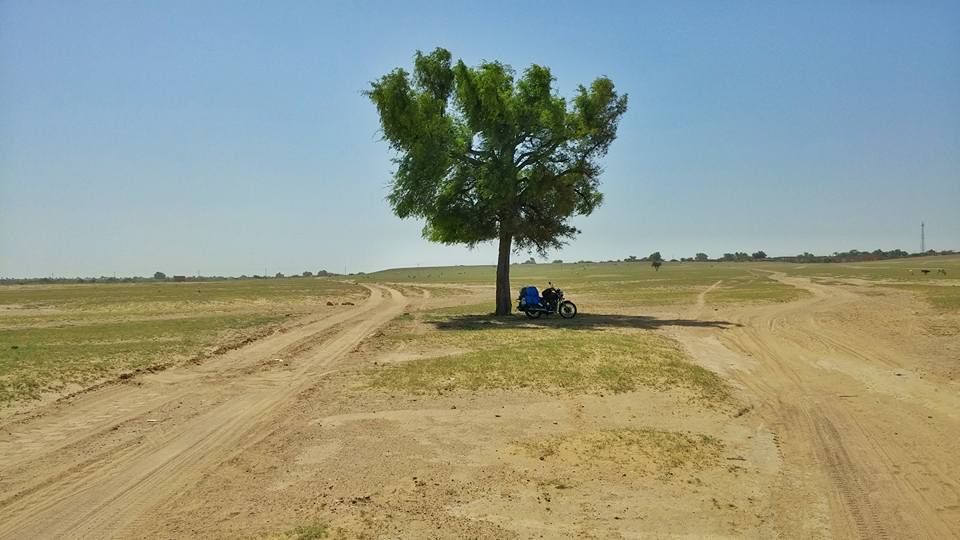 I continued the ride halting every 50-70 kms at small villages for quick chai sutta breaks. The barrage of questions that earlier gave me awkwardness, now felt like a routine to answer. “Where you come from” “Where you going” were the frequent ones but the most favored one that made me feel like a celeb giving interview was “Tell me something about yourself”.

Taking the roads less travelled gave me uninterrupted access to the brilliant colours of colours of Rajasthan. Having already covered more than 400 kms of deserted and empty roads through jungles and deserts,I saw very small and quiet villages on patches of 40-50 kms. All the untouched & raw beauty of Rajasthan was visible in the changing factors of food, people, soil, water, flora and fauna etc.

Elements that were a rarity for us cityfolks were common occurrences for me during the travel. Road crossing of peacocks, mongoose, monitor lizards and wild fowls were as as frequent as the crow’s call. Once a while I spotted a couple of deers too. Bearing eye witnessing to these elements made me smile innumerable times and every time I slacked at the journey a memory of the blazing feathers or the distant throaty call of a wildbird was enough to get me motivated and continue with perfect bliss in my heart. 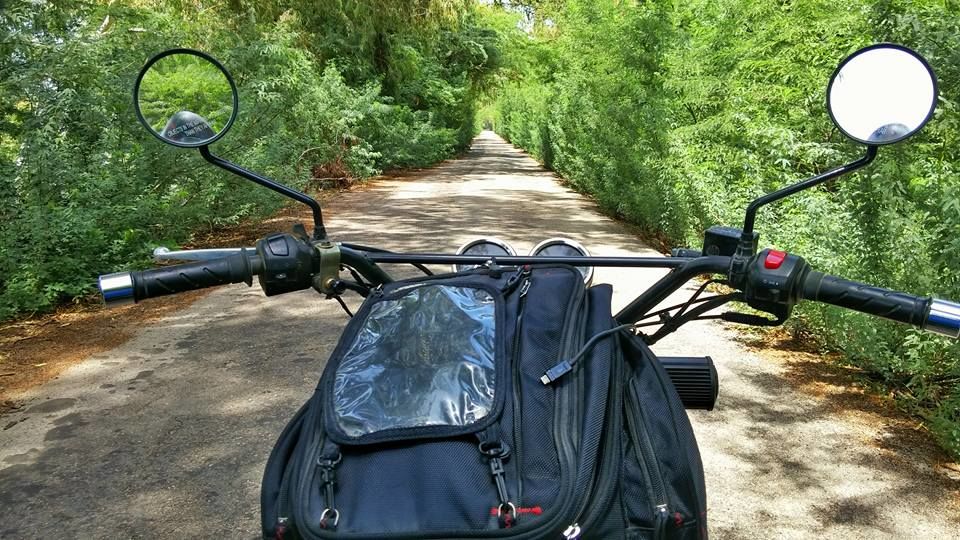 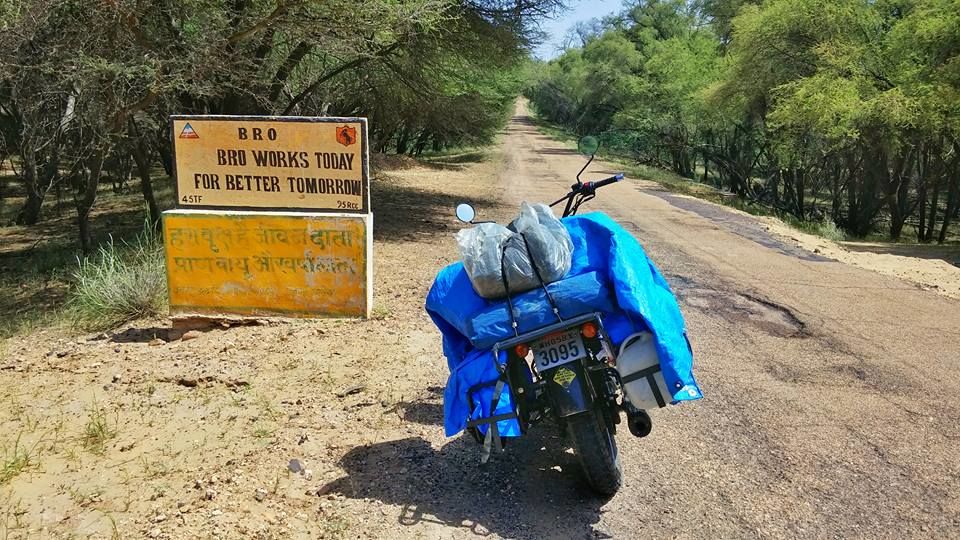 I had planned to reach Amritsar by the end of the day. But by evening  6 pm I could only reach a place some 150 kms before Sri Ganganagar. Add to that I faced a horrible road for 100 kms . The roads were dug up for constructing new roads and the worst part here was I had no idea till when this condition would continue. I kept riding, bumping and jumping on potholes and got dead tired handling my bike in such harrowing conditions. After a tiring ride of more than 3 hours the nightmare ended or so I thought only to realize that the tent I was carrying fell off somewhere and my plans for camping that night went for a toss. While I was still 50 kms away from Sri Ganganagar the roads got better and I stopped by a local shop tired and exhausted.

Now here I want to spare a paragraph for the gentleman shopkeeper. After going through a back breaking journey of more than 100 kms due to bad broken roads, I came across this shop just after the good patch started. I stopped for a glass of chaas (buttermilk) and this gentleman greeted me very warmly. We had a nice conversation about my journey and I told him my plans of the ride. He offered me snacks and cold drinks and asked me to stay over at night. He went to the extent of agreeing to  arrange for my food. I denied and mentioned my plans to head to Amritsar tonight and I found him agreeing reluctantly. When I asked him for the bill he refused saying  “tumhare liye dil se diya hu, ek paisa nahi chahiye” (I gave it out of my own will, don’t need a single penny from you). I kept insisting but he just didn agree to take any money from me. We exchanged our contact details and promises  to be in touch and to meet him again soon 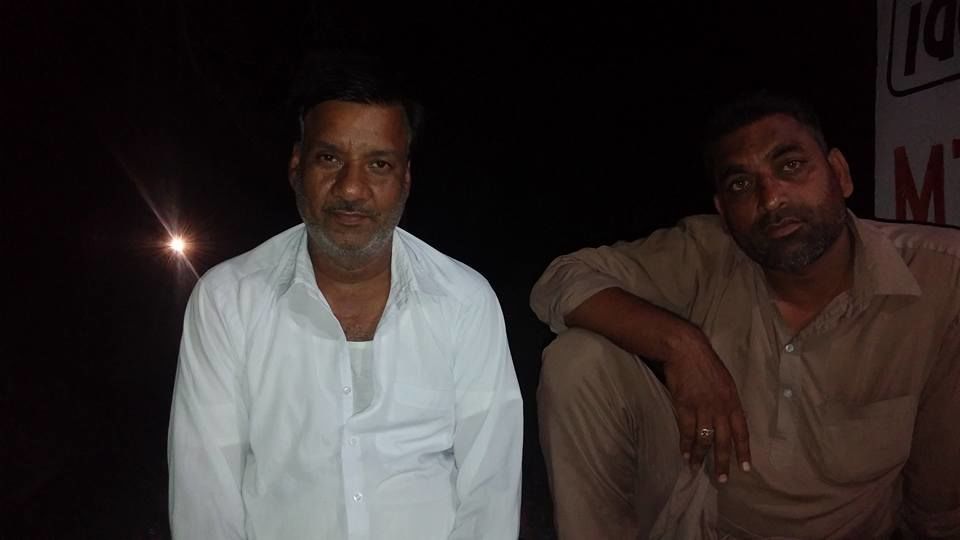 I soon realised that I was nearing the border of Rajasthan. By land boundaries it was still Rajasthan but that everything around was very much like Punjab. There was a whiff of Punjabi music in the air. The land of paneer and tandoori, I could sniff their aroma somewhere close. My hunger got better of me & by the time I crossed Sri Ganganagar, I had wolfed down a hearty delicious dinner of Shahi Paneer and Tandoori Roti. Sri Ganganagar happened to be the last town of Rajasthan after which I entered Punjab, the Balle Balle land. Amritsar was further 250 odd kms and I pulled up in front of a big fuel station for petrol. While I was in there, on an impulse I decided to stop for the night and enquired with the fuel pump attendant if I can take the night at the fuel station. He asked me to speak to their supervisor and security guard. The security was a Sardar, strongly built macho looking man with a double barrel rifle. He gave me a nod and asked me to park my bike and I started a chat with him. As expected, he was an ex-army which showed straight on his stature. In the extremely adorable punjabi accent (made famous by Yash Raj films) he assured me not to worry and gave me a good clean pavement to sleep where I laid down and slept inside my sleeping bag with my riding jacket acting as a pillow while the petrol pump workers and the security guard took care of my belongings and my bike. 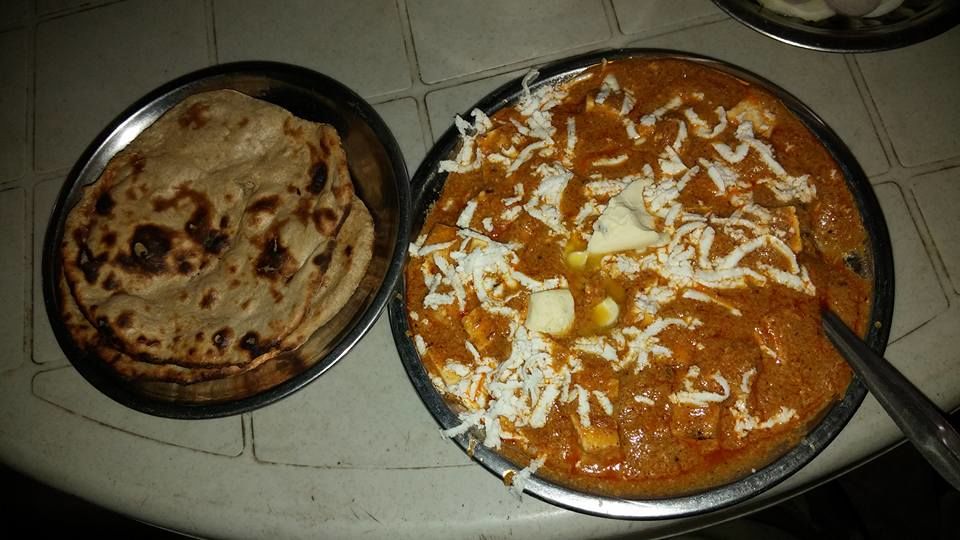 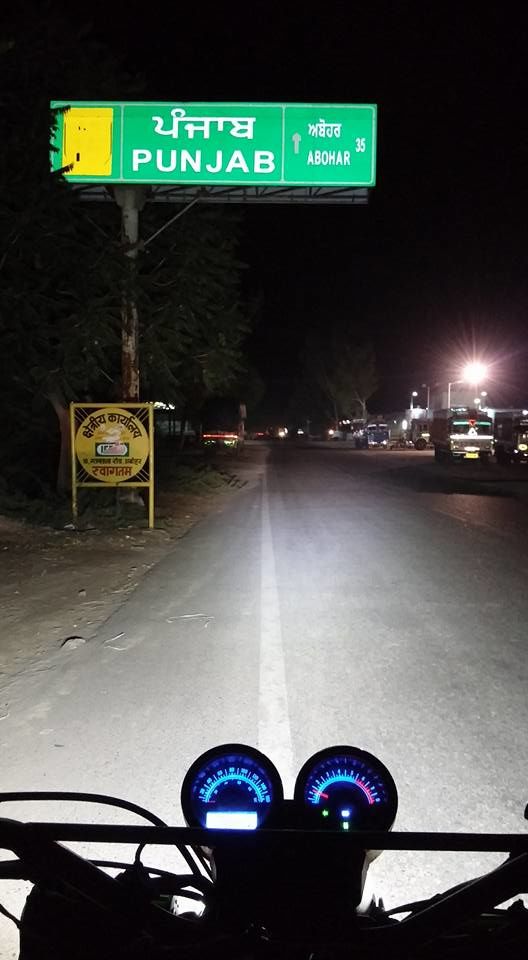