Well out of all my travel stories Amsterdam carries a strong and non replaceable place in my heart from a longer time . Though technically , as per passport stamp , it was my third visit to Amsterdam and all the times , absolute prettiness this city has and the craziness and liveliness this city holds is beyond comparison ( From My Eyes ) to any other European Country. Barcelona is my second love though or Probably as and when I keep on discovering other places , equation might take a shift but who knows .

I skipped the Immigration formalities because this time I was travelling from a Schengen Country unlike UK last time but then carrying a backpack of 7 kgs and hoping on different budgeted flights was way different league of fun and experience .

I was in Countries of Hola ! And Ola ! and was too was with the experiences which I probably share in separate stories but now I was going to a majority English speaking country . I was too tired in using body language and sign language and at the end Google Translator in Portugal was the dead end solution but then the loveliest thing about Portuguese is , they will understand English but they would reply back in Portuguese . You are lucky if you speak Spanish but then for me Google was my savior each single time.

I was in Lisbon that time and Make My Trip ruined my hotel reservation and at 8 PM in Lisbon I got to know that Hotel Cancelled my Booking . Beauty of European countries is such that booking a Cab is as good as booking a hotel for a night and Lisbon probably was not crime proof in late hours of day but then I convinced the hotel manager to rebook for me at same price which he finally agreed and after coming back I took up with MMT asking for their liability against their non refundable policies and to which they compensated 50% room tariff in form of Voucher .

So next day I had to do early checkout because all economical flights are in morning schedule and I made a mistake of taking hotel 30 minutes away from Airport . So metro starts at 6.30 AM and my flight was at 9 AM . Since I was backpacking and it was carry-on and with wonderful European Airport infrastructure it hardly takes someone to pass through everything within 20 minutes time . So it was worth a risk going by metro in 1.5 euros rather paying 30 euros in cab for same distance .

I reached the metro station which was closed and there were few Travellers who were also waiting . One next to me was a Brazilian . Two ladies were local . Since I could distinguished I knew I could speak up with him in English without wasting time . So I enquired about reloading my Transport VIVA CARD and which line I should take up to Airport . This guy was fluent and made me understand things with ease . Then he told me that he was from Brazil and Brazil , As per him , India has many things in common . He has never been to India and I have never been to Brazil so practically we both can say anything under the blue sky and with no one to validate untill someone opens Google . I was on 5 GB international roaming pack so for me each MB matters here .

Somehow he said India is a Hot Country ( which is commonly presumed ) but I wanted to add on saying that India has all kinds of seasons and to which he asked the lowest temperature registered in India and this time I open my favorite weather app and showed him in late March it is -10*C in siachen and you can wonder how winter's looks like in Christmas and New Year .

Don't remember how but then he asked Are you traveling alone ? and I said Yes . He said , Are you married ? and I was like this question would haunt me till my graveyard but then I am too much used to with society questions rounds about my marital status and willingness and I replied gently No . I wanted to twist the table on other side but you know people from West hardly bothers about such stuff . They have simple explanation to all majority of trivial issues we live with . I asked how about you and he replied I am traveling alone and have a fiance .

So they were tying the knot soon and coincidentally we both are July , 87 born . He was surprised that he was some 10-12 days elder than me but but but but he lives in Brazil and I live in India . In India either groom or bride gets their hands wet with Turmeric Powder by this age but I was not married till now plus I am Solo traveling some 8000 KMS away from home with 7 kg backpack .

He asked me gently , though not like my neighbors , when are you getting married ? and I said I am in lookout for partner in arrange marriage setup and the process does take some time . He had one Indian colleague friend from Bangalore , India and I am not sure why every foreigner thinks that all their India colleagues are known to every indian they meet . This happened with me in Italy with female traveller from Ireland , Happened with me by Couple in Spain and now in Portugal but then by now I am too much relaxed in telling them India has population of 1.3 Billion people and by the time we are taking , it increased by some cents .

He smiled and stated one incident about his indian friend and said when he was about to get married he made a " Resume " for marriage and then he was also receiving Resumes from girls side and to which I laughed heartily . Though it was too less time left but then the way he said , in India marriages happens by sending CV and resumes to each other like in company selection process , I wanted to correct him and at the same time that phrase made my day .

I made him aware about how Indian Culture , Tradition and family plays a good role in setting up marriage and probably in India marriage is not just between two individuals but marriage also happens between two families . I corrected him again saying that it is not exactly Resume but Bio Data . So practically if I know nothing about any person how would one person able to relate with another .

It was so fun that back of my mind it was running ,

Dear Parents , My Name is this this ( Particulars ) and I am MBA ( Qualifications ) from this this and earning this this ( Present CTC ) and living in this city ( Location Preference ) . I qualify to be apt candidate to work in your company at position of "Son in Law" ( Applying for position ) and I promise that I would work with my 100% focus , energy and commitment towards the vision of company ....

But then I quickly get back to reality check and showed him Matrimonial Jeevansathi App as well . He said what is this and I told him that those bio-data are now upgraded to profiles wherein individuals writes about own self and kind of partner they are looking for . I told him that these profiles are operated by parents as well so that families can also relate to each other . He was still not able to relate it but then I said It's like "Tinder for Parents" who wants to have lifetime date freezed for their kids .

He was too much amused with these little stories and told me that he will visit India for sure and by this time gates of metro opened . We had different routes to follow but then it cannot get missed without connected on Instagram . We got connected there and now we can see each other doing stuff in different parts of the world .

It was a long flight from Lisbon to Amsterdam along with one hour time zone gap . It was super windy . That windy that I had to narrate Hanuman Chalesa in my head which I know nothing about except first three words . Plane was shaking and I was not sure whether we would make it but then we finally landed and everyone started clapping .

I felt like the passengers of Hollywood Movie "Sully" and only difference was we landed on track not water . But then let the rhythm and vibes of Amsterdam be awake and here are are ...

AMS is a place wherein I see most of girls wants to go city center by holding their spouse / boyfriend hands tight . This is probably the only place where girls don't go for shopping ( except Solo Travellers ) because they know if they leave their guys for 15 minutes then ...... I won't tell you ......

On a Serious note , these canals or cruise ride and these structure during different season is beyond imagination and love . Even after I move every place yet I dropped down to this particular place to get clicked .

I visit same India restaurant there who actually recognize me now and serves me spicy Dal Makhani like always. 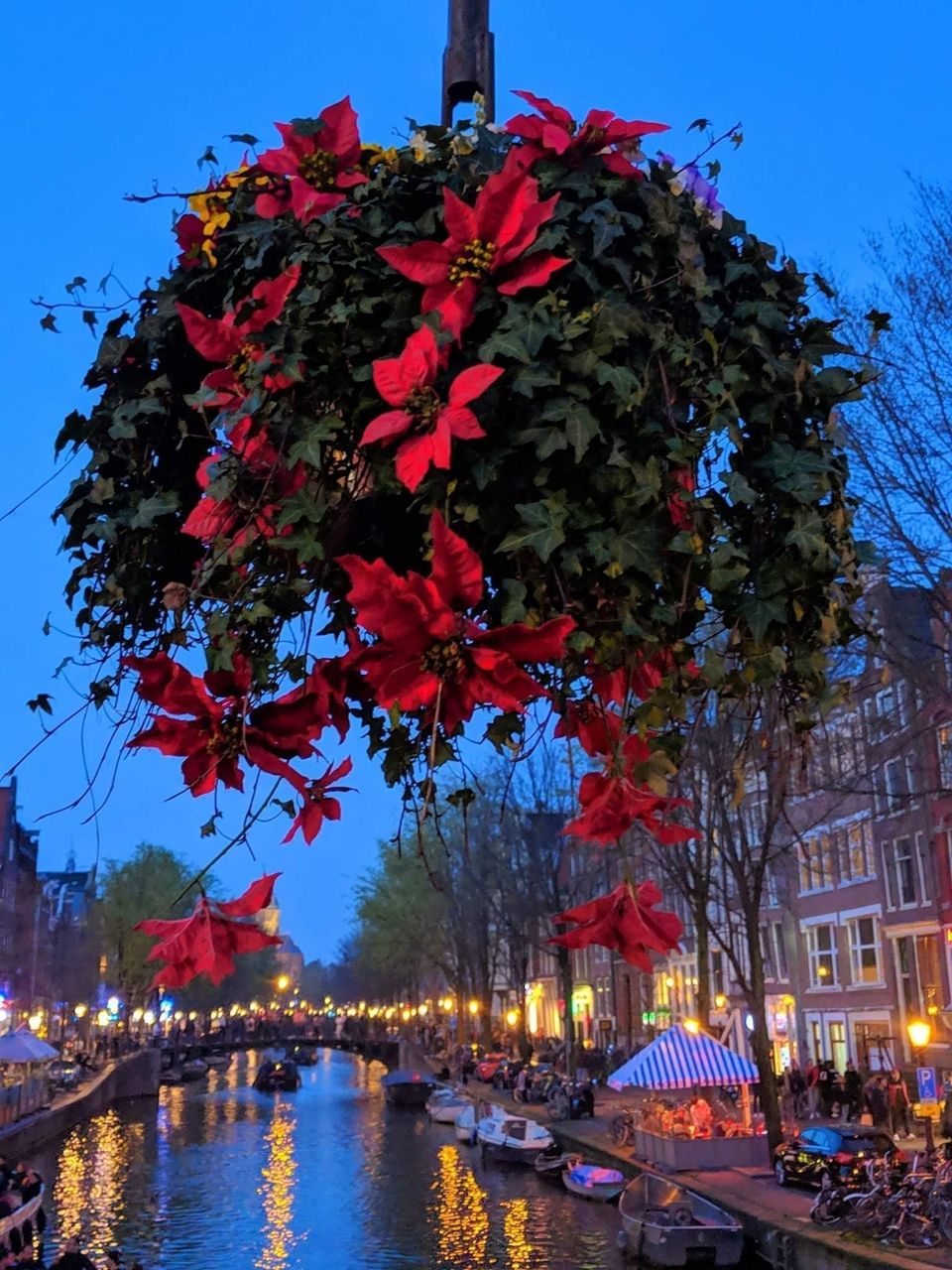