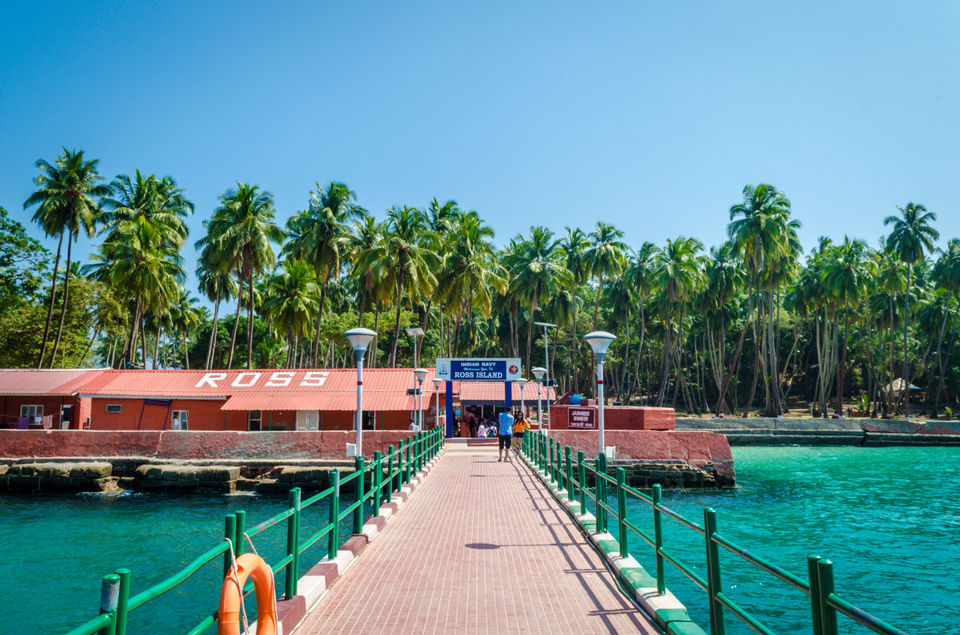 The Ross Island in Andaman is one of the preserved heritage sites of India that was once occupied by the British and later by Japanese. Perhaps, there is nothing more intimidating and creepy than a haunted town. The houses are intact, and the architecture remains the same, but you cannot escape the impression that something is wrong, and the place makes a negative impression. But here in Ross Island its completely different, the town looks so beautiful, that it remains you of the good times that the British had in India.

The town leaves you with many questions in your head, like what story they have? or how the life used to be here before? The British had made a residential colony on this island and built houses, church, bakery, stores, swimming pool which now remain in ruins. Japanese had taken over the island during the WWII, the island still has remnants of Japanese bunkers at strategic locations. For me a trip to Andaman's would have been incomplete without a visit to this ghost town.