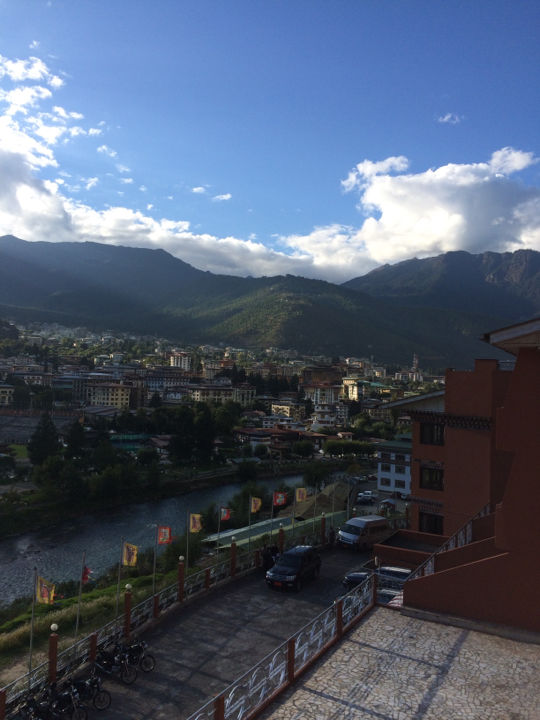 We woke up easy and grabbed breakfast. It was a bright morning with scattered clouds and the day seemed just right to hit the road. We went around the miniscule Haa town skimming through a couple of shops leaving for the much awaited capital city.

The road to Thimphu was damn neat and easy. We rode along the Haa Chu (chu=river) and reached the Confluence (of Paro and Thimphu chu) which was marked by a wide bridge and an ornate entry gate. The final stretch of the highway was super smooth and had riders speeding with joy.

We reached before schedule and got settled in the River View Hotel.

We spent the day walking around the streets, exploring the market which has some very nice shops, cafes and resto-bars. The vibe is good and things look extremely organised with people following rules and maintaining sanitation.

We grabbed dinner at The Zone which is famous for its Yak burgers.

Mojo Park is a nice live music bar with portraits of blues/rock legends all over. The band played a favourites set-list.

Next day there was a local city tour organised by the Royal Enfield dealership. We visited the Memorial Chorten which is a stupa in the centre of the city. The Buddha point is a massive attraction located higher up. We next went to the BBS tower where you get a view of the whole city. On the way back we saw Takin - the national animal of Bhutan at the Motithang Takin Preserve. It is a herbivore which looks like a goat/yak hybrid. After lunch we visited two local monasteries. The evening went smoothly meeting up with locals over drinks hopping bars. 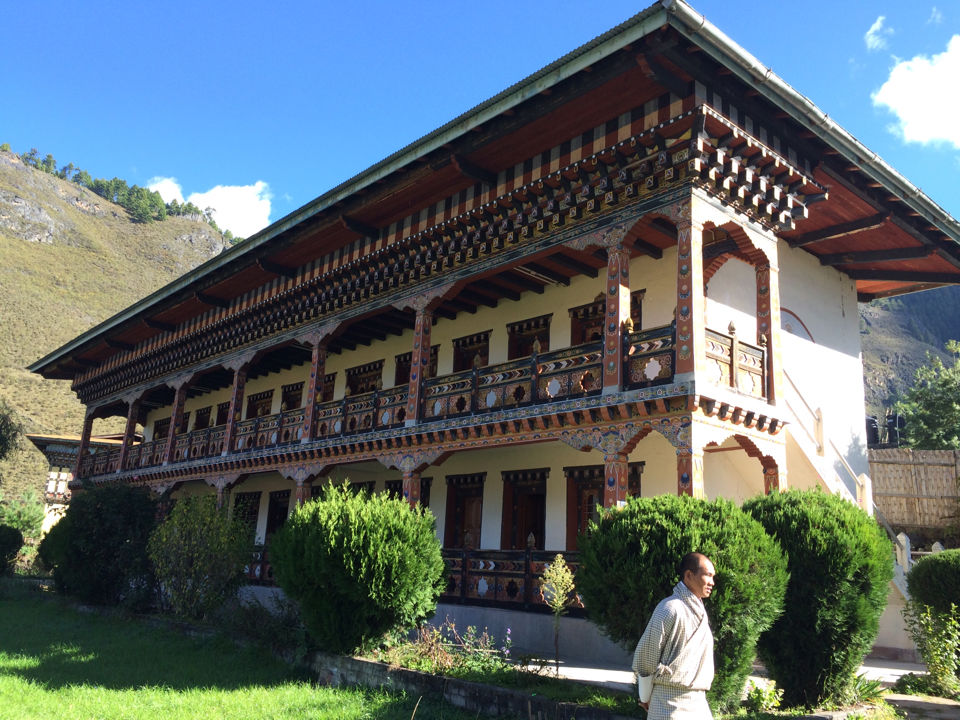 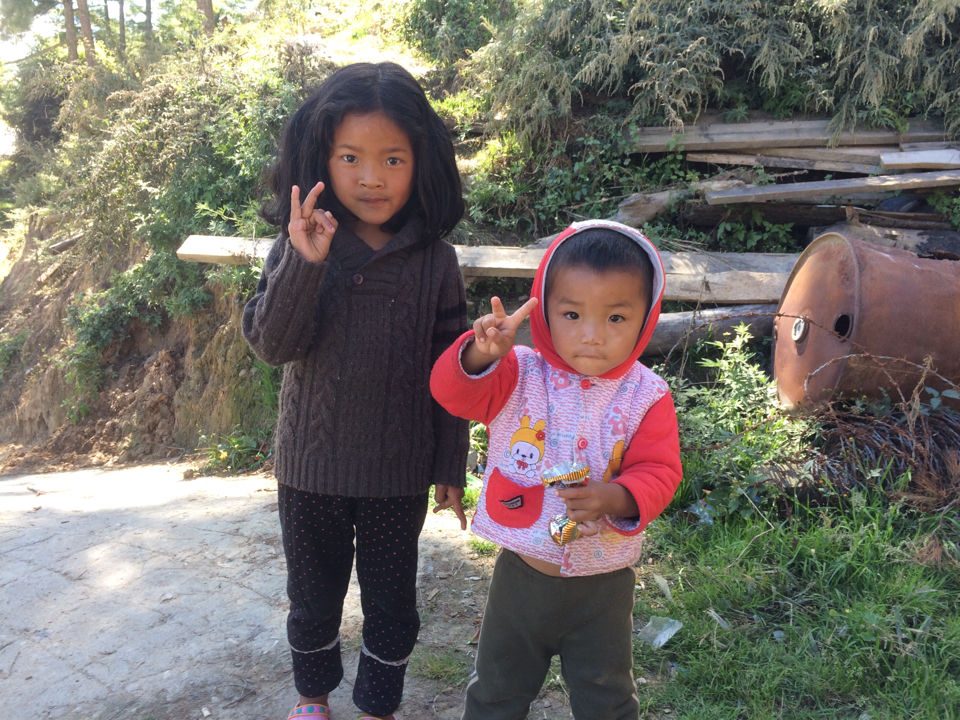 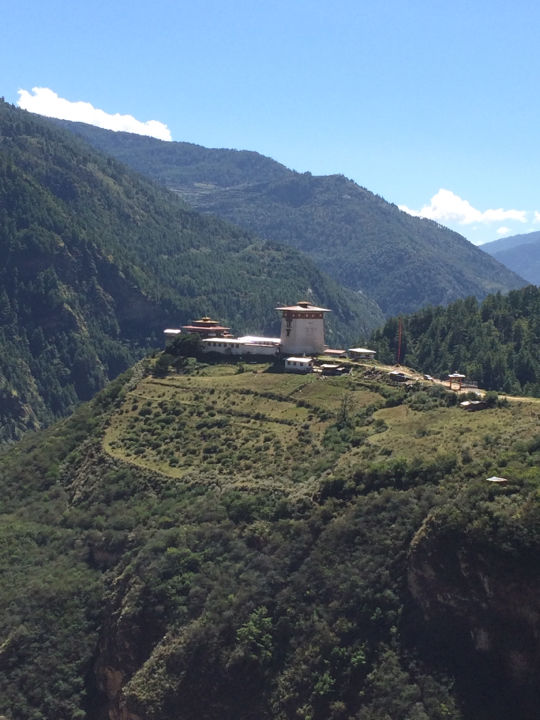 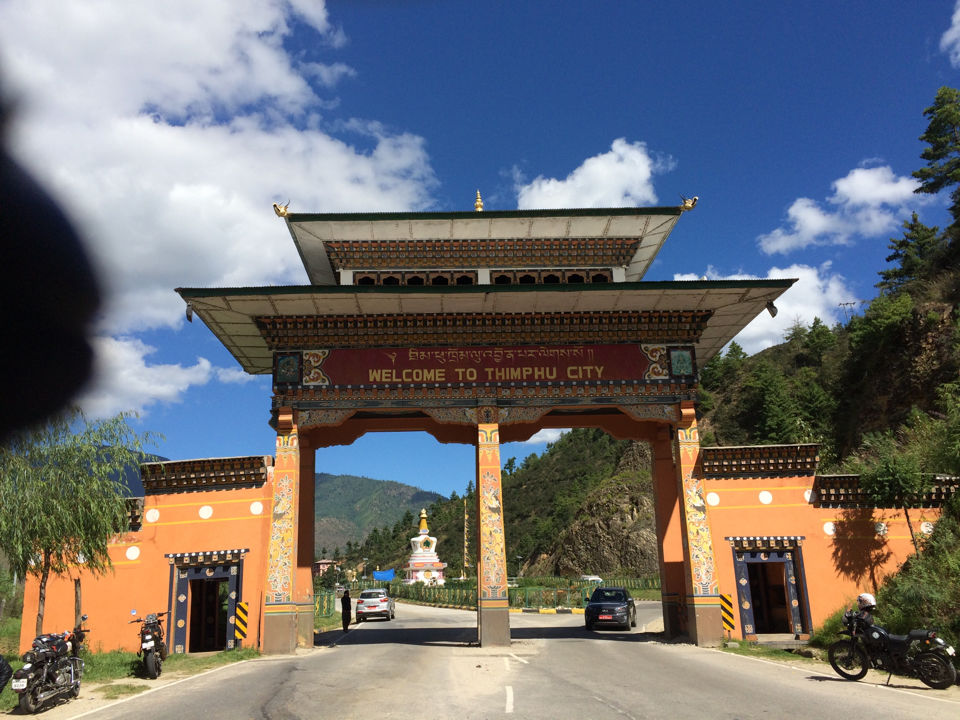 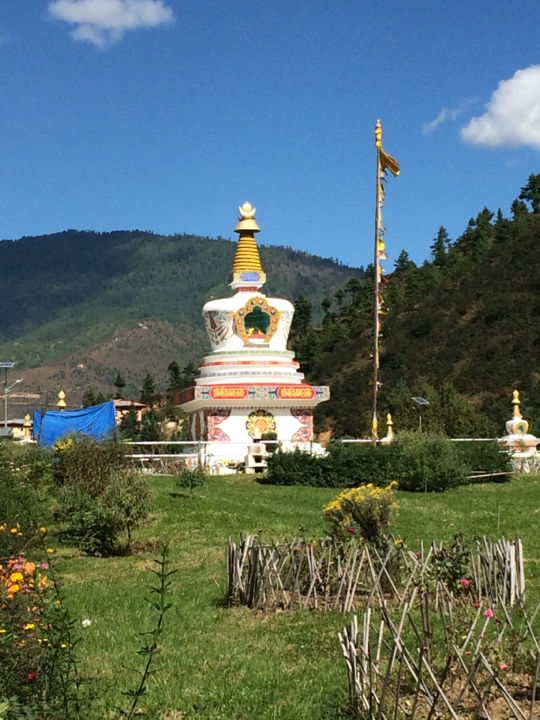 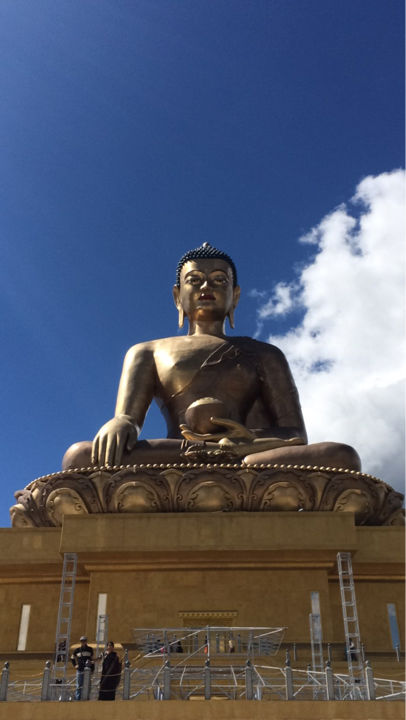 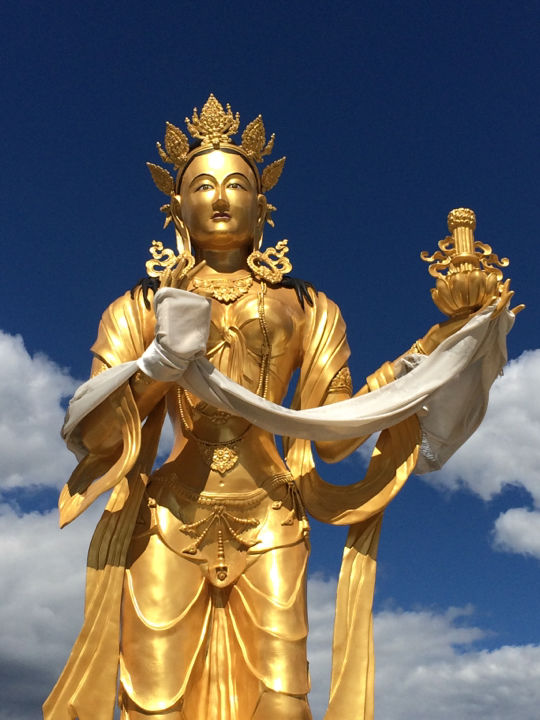 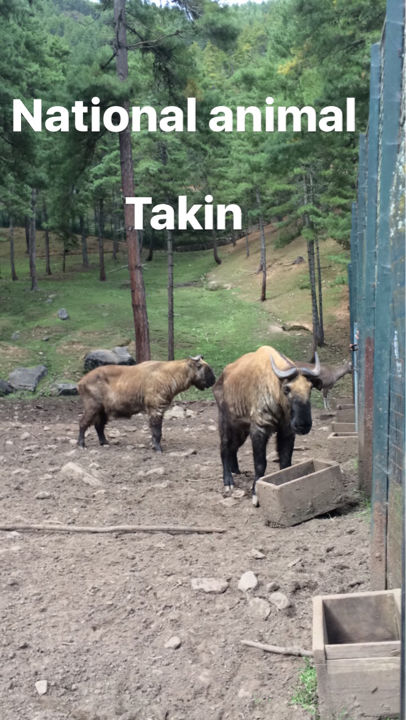 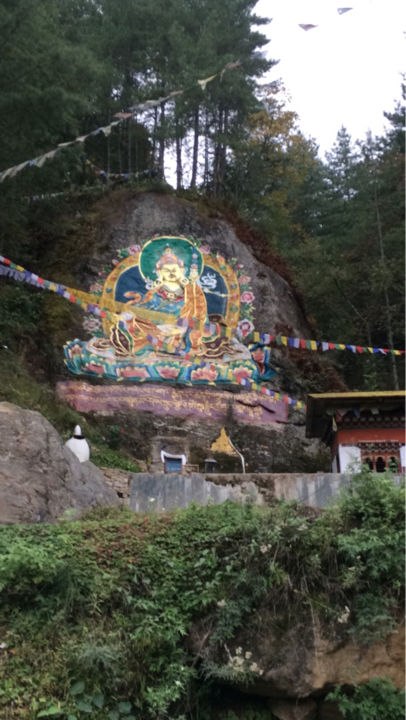 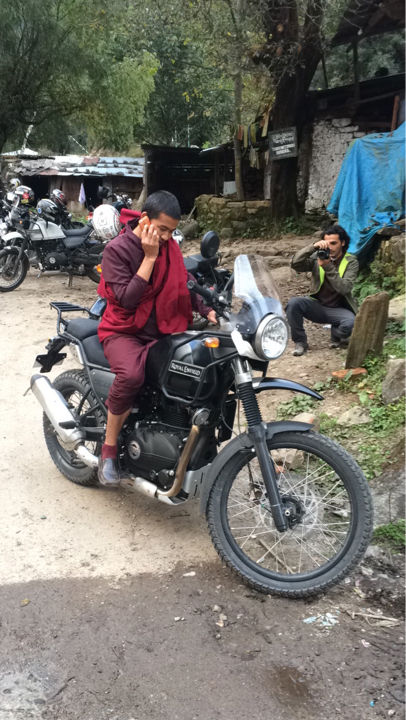 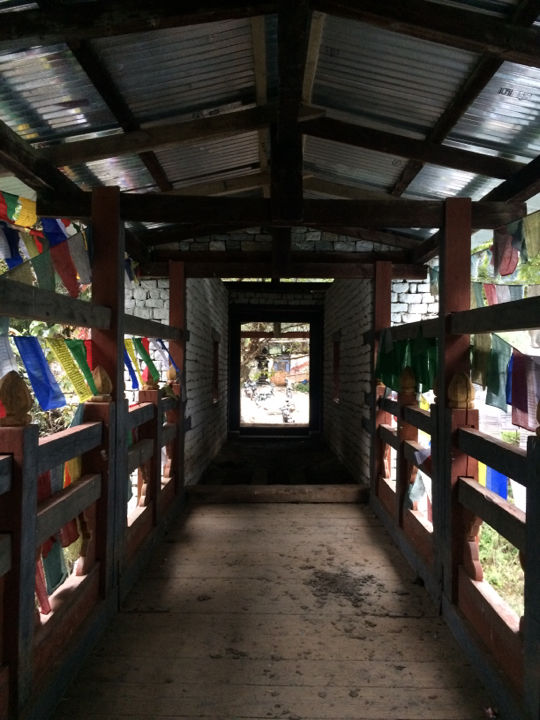 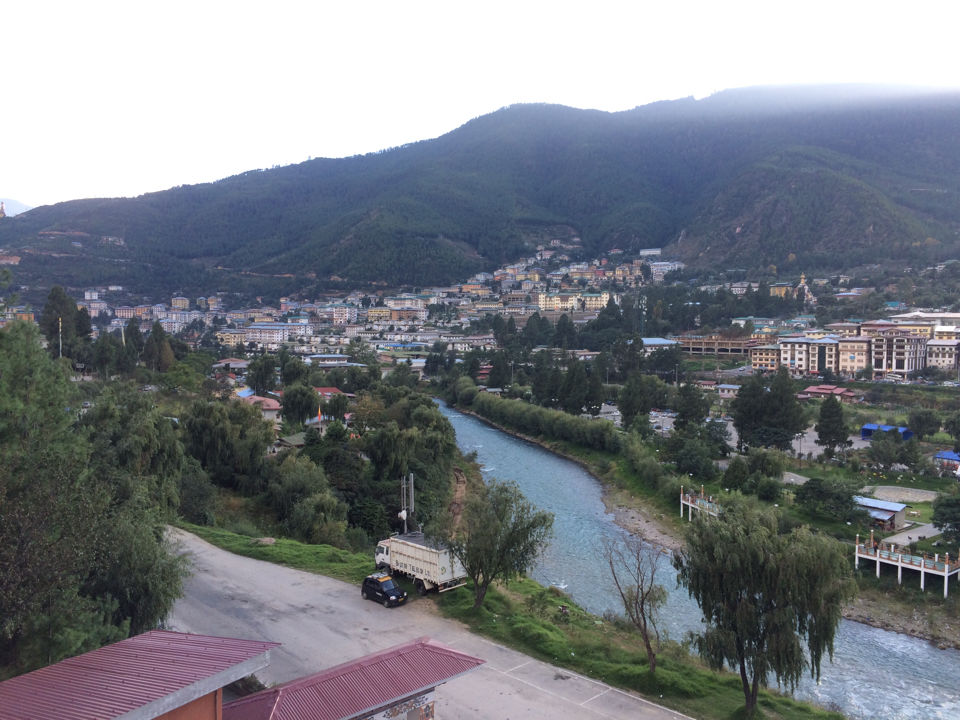