This hidden trek in the Western Ghats will leave you spellbound

“We took many left turns. Once, twice, or even more. Then came a right. It was dense. It was chilly. The only thing I could see was forests, deep forests and crystal-like water streams running down the lane. The trek was no easy game, we had to stretch, run, jog, and what not! And then came the mighty waterfall, the view, the calm noise, ahh it was a moment of joy. A moment that I will remember for the rest of my life.”, said one of the trekkers after coming back from this trek.

Resting deep inside the foothills of Charmadi ghat, a part of Western Ghats in the Dakshina Kannada district of Karnataka, Bandaje Arbi falls is a weekend headout that you are looking for.

Courtesy of one of the tributaries of the Netravathi river, the falls are 200 ft in height and offers a breathtaking view and utter calmness; obviously this part is generally preceded by an eight-hours long trail which requires will, dedication and a tinch of madness!

Disconnected from the outer world and connectivity, the falls are really picturesque as they take on a mighty shape in the late monsoon season. Summers are not advised as the falls thin down significantly plus the scorching heat is an added trouble.

There are primarily two routes, one via Ujire and another via Sunkasale in Chickmagalur. The most common one is from Ujire to the falls and back. 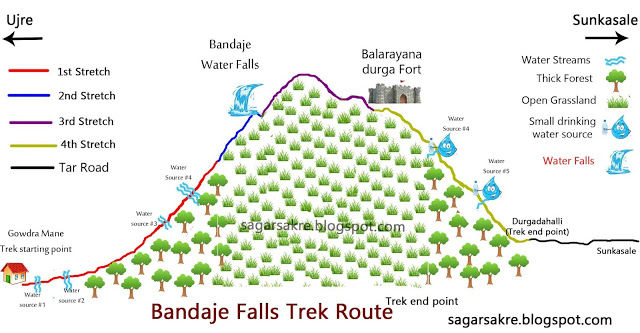 Starting from Bangalore, one could reach to Mundajje which serves as the base camp for the trek. It is advised to reach Mundajje a night before and get all the tips and information needed from the locals. To spend the night, you can find cheap motels/rooms to stay either in Ujire or Mundajje itself.

Head out to the Bandajje village to meet the local guides, source tips & necessary information(including the official permission), and delicious south Indian food. For all of the above, look out for the apartment tagged, ‘Gowdra Mane’, and meet a man named Kishore and his team, who will help you get along the necessities. They will also help you to get the official permission for the trek.

The trek starts from deep jungles and high climbs. The thick vegetation cover keeps it cool as the ascend becomes steeper and you come across more water streams for you to freshen up. Some 2-3 hours through the path, you will come to the edge of the jungles and the much awaited green grasslands will be all set to welcome you. 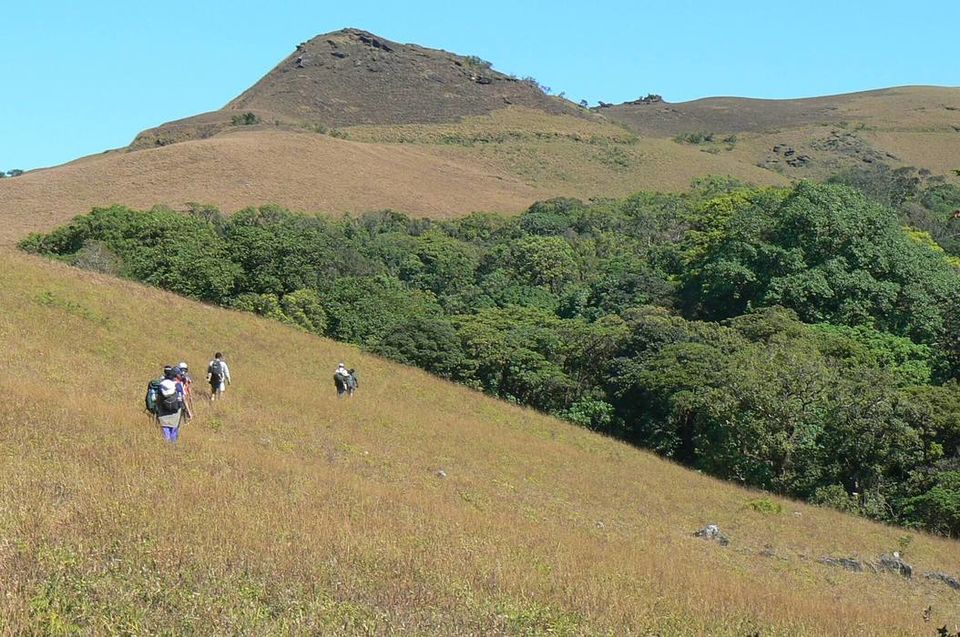 The grasslands are widespread with the mighty sun shedding the dry heat over the heads. It is advised to get your water bottles filled up for the route as the stretch is long and dehydrates the body. Some footsteps ahead, and you can see a distant view of the falls, making it, even more, luring and lucrative. 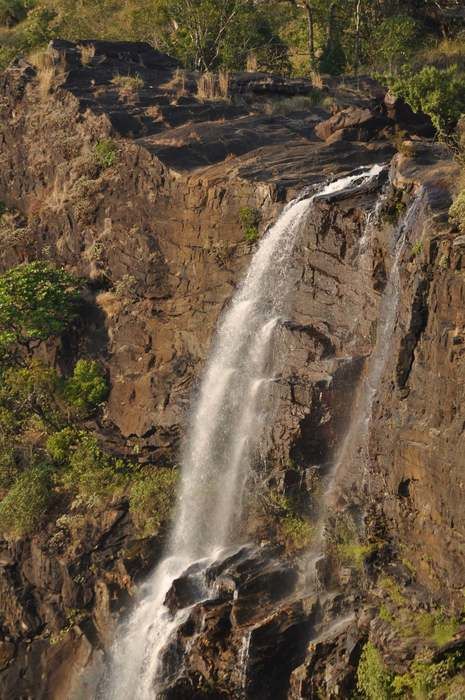 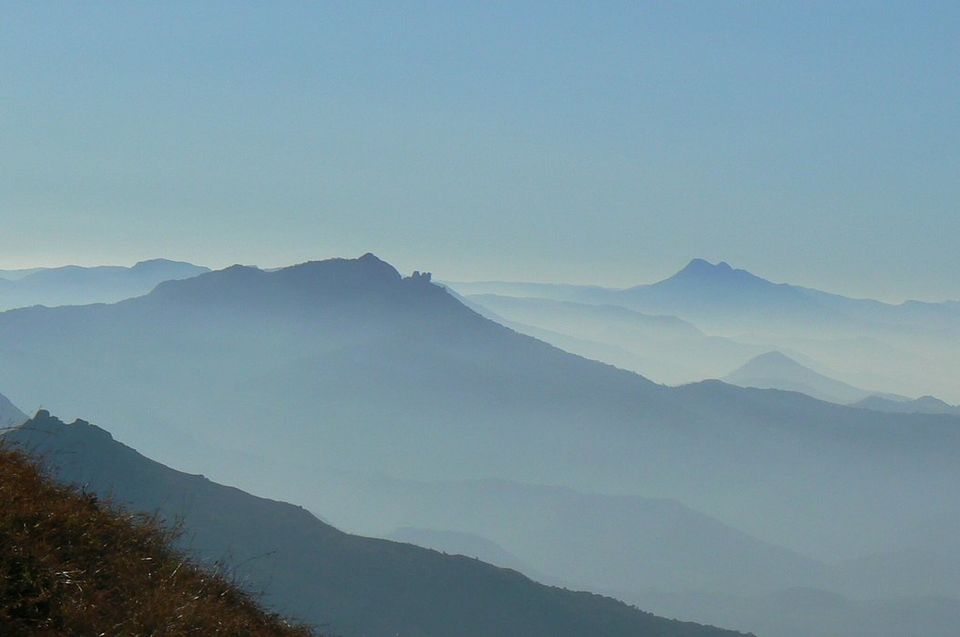 Though the waterfall appears to be very close, one can’t see it properly for at least 15 min into this trail. The trail is well marked with the help of signboards directing towards the falls, i.e North West. Crossing it, there comes the sign of a valley where one needs to descend to reach the falls.

After reaching the spot, the falls offers a mystic view, like an oasis in the middle of a desert. There are many small streams and waterfalls nearby building up a soothing aura for you to dwell in and dive.

Set your camps overnight, cook a meal, sleep under millions of stars, meditate with the sound of water, see through the droplets, look out for the sunset and what not!

Let yourself be soaked up in the surroundings and just be; just be there and set yourself free as the skyline gets ready to dawn upon your glee. 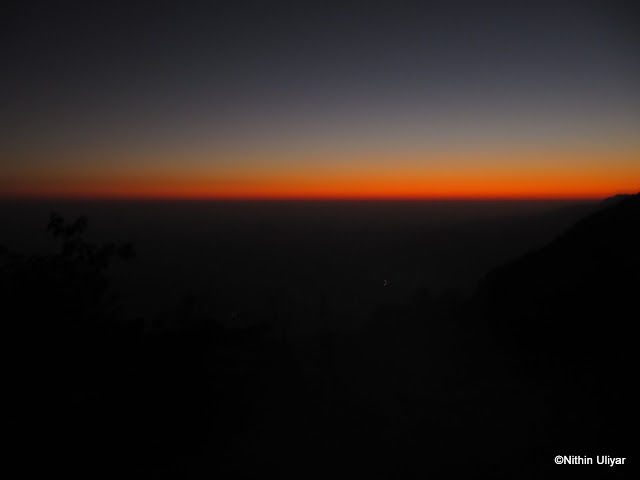 For the return journey, either you can take the route back or descend from the other side of the hilltop, i.e via Sunkasale. The descent is pretty easy, except some sections which are covered by rocks.

If returning from the Sunkasle side, look out for Ballarayana Durga fort and Kalabyraveshwara temple; pretty famous around the region. Descend down until a place called Durgadahalli where you can find vehicles to take you down to the down-route further. 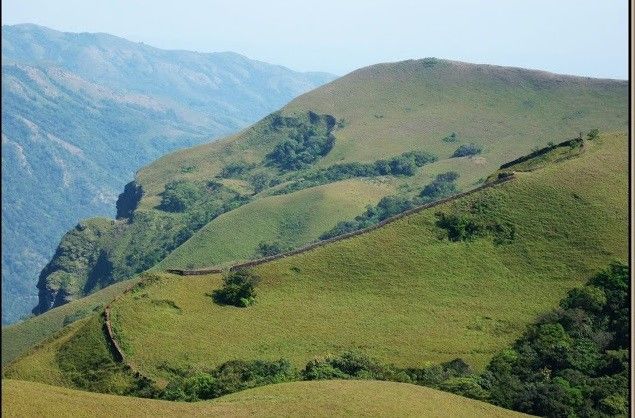