The grand ruins at Mandav 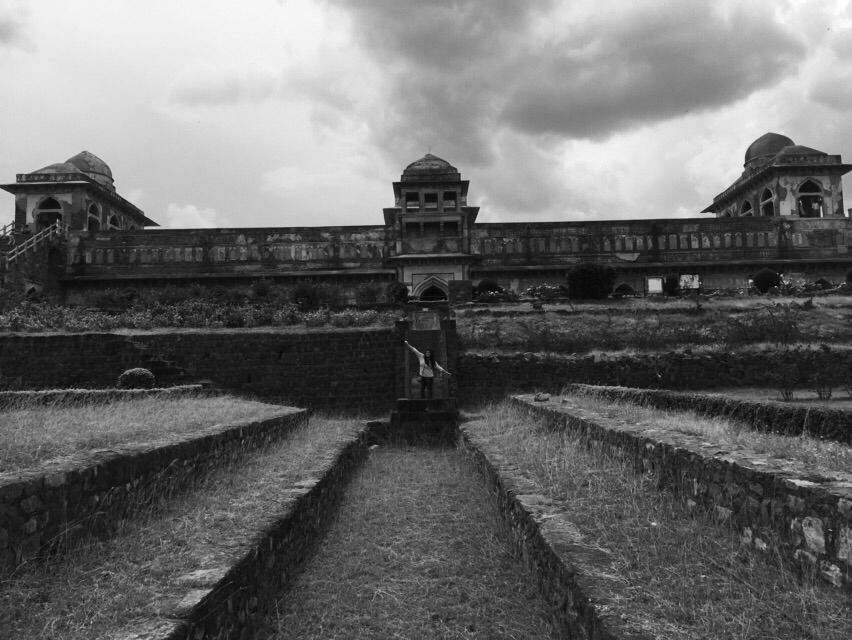 Walking down the road from my accommodation at Malwa Retreat in Mandav, I knew I had made the right choice to spend 3 days of my summer buried in anecdotes from the medieval past. The city built in the 8th century is an amalgamation of Mughal and Malwa dynasty. Once standing tall and bright, city of Mandav is now a picturesque collection of ruins. The tales of the regal reign echo in the empty corridors reflecting, a flamboyant kingdom that flourished in Mandav. Located in the Malwa region of Madhya Pradesh, Mandu (popularly known as Mandav) will put all your royal dreams to reality. Malwa’s bespoken treasure will enchant you with its scenic view overlooking the Narmada Valley in the south and the Malwa plateau in the north. Once a jewel in the Malwa dynasty is now a pin-on-the-map for traveller who relish the beauty of grand ruins.

Located at a distance of 290 kms from the state capital Bhopal, the town is a photographer’s paradise. The tranquil ambience is a perfect escape from the hullabaloo of the cities. The city maybe compact in size but has a lot to offer for visitors.

Rani Roopmati’s Pavallion initially built as an army post is the quintessential spot for a panoramic view of the region. The city which appears like a collection of damaged buildings and rubble will refine into textured beauty at sunset. The narrow tunnels, windy corridors and designed vaults will leave you stringed with the thoughts of the impressive royal events that once must have happened here. It is a 10 mins steep trek to the palace and it is totally worth the effort.

The Jahaz Mahal is an architectural spectacle as it is situated between two artificial lakes and shape of the structure looks like a ship is sailing in water! One can almost feel the aura of ancient royalty while walking across the long palatial galleries and splendid gardens. The Hindola Mahal, meaning the ‘Hall of Swings‘ situated in the backyard of Jahaz Mahal is another place, not to be missed. The timeworn tales narrate that the princess along with her attendants used to come to this particular hall-like palace, decorated with white drapes and flowers during the monsoon season.

Mandav is- against the contrary- a perfect spot to wander-off trekking and discovering small architectural structures spread across the region. While walking down the Eco Point, we stumbled upon small archaic domes and darbars where you might still catch a Sufi saint sitting with his santoor, humming the tunes of the past.Look what I tumbled upon while trekking down the Eco Point!

Mandav is the appropriate spot for a weekend getaway. Those who want to visit cities in Rajasthan or Maharashtra for getting in touch with the historical wonders of India but also want to escape the chaos of the city, Mandav is the place for you. The place is optimum for sitting back and relaxing with a book in the lap of history. This small town will add a pinch of royal magic to your travel diary, it is indeed an endowment from the past.

Other places to visit in Mandav:

Situated at a distance of approximately 40 kms from Mandav is the Ahilya Fort, which is yet another picturesque spot on the trip. The fort is built on the banks of river Narmada in Maheshwar.