Dad with a Machete 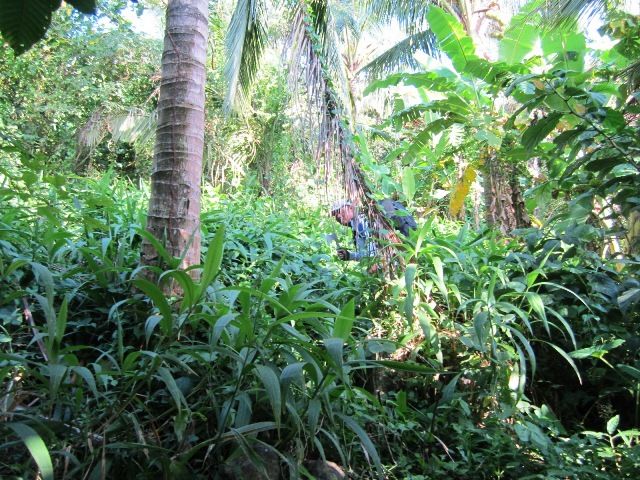 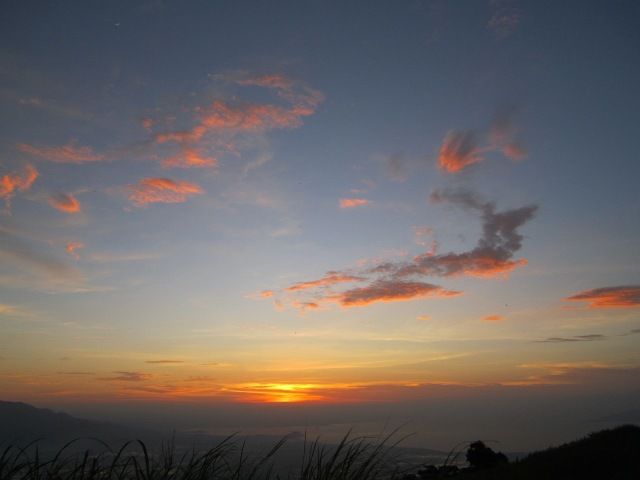 View of Mts. Cristobal and Banahaw 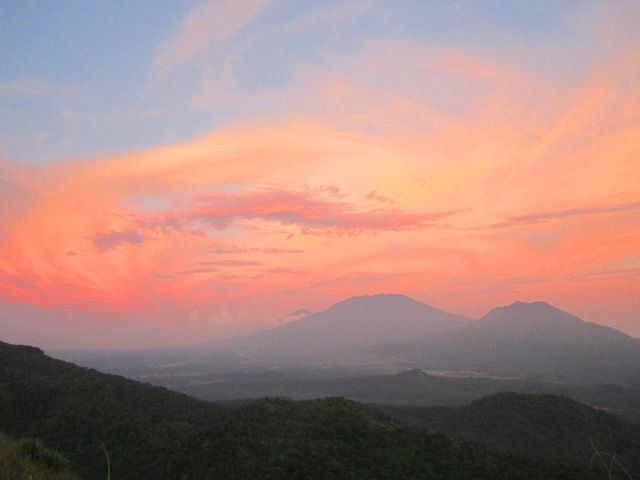 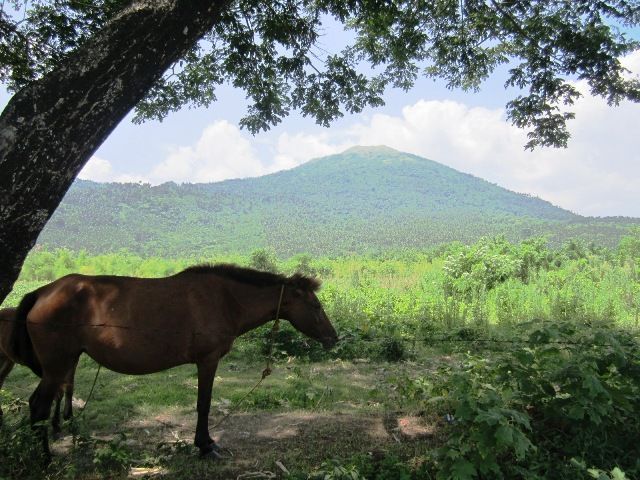 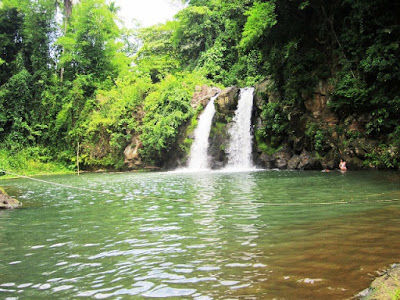 We left the Metro before 8am and after a 3-hour motorbike ride, we arrived at Victoria, Laguna where we merge with the rest of the team as we complete their “to bring” list.  Hubby and I initially planned to take it on a day-hike but the others were worried that we might not make it before night time.  With that, we decided to do it overnight with “kinulob na itik” for our baon.  Thanks to the AMATS team for inviting us and for sharing their camping equipment and food with us.

We started the ascend at 1:20pm and I thought it would be an easy trek because I was just carrying a 5-kilo hydration pack.  But to my surprise, I was grasping my breath, whistling for air here and there.  Even if trees shaded the trail, we can still feel the scourging heat of the sun.  The sparse air also factored our slow pacing.  It felt like carrying a 30-kilo load and take fives became take tens, up to take twenties... After an hour and a half, we reached the Manggahan area where we at last felt some air.  The fresh P10 buko was another complement.  It was also at this area that we met two day-hike climbers who got lost and aborted their climb.  According to the locals, the trail was covered by dense vegetation and got impassable after the last assault done during the holy week.  The two-climbers even teased to wait for us so that we can descend altogether.

After about an hour of rest we resumed the trek with full determination to summit.  And yes, they were right, the trail is nowhere to be found.  We tried from left to right, forward and back in search for the trail until we decided to open a new trail... Hahaha... thanks to the Columbia machete for saving the day.  We were lucky that the trail we opened led us to the old trail and before 6pm, the grassland welcomed us...Yes, it’s 6pm and we’ve been trekking for more than 4 hours already.  The view of the sun starting its way down sped up my pace.  I thought the campsite is somewhere near and I can reach it before the sunset.  But as I pull up, I see no sign of a campsite... It was at the summit that I saw the camp at the other side of the ridge with other campers having an early socials. Huh!  I thought the last assault was last summer – waahh!   Anyways, I reminded myself to deal with it later as sunset is fast approaching.  Just in time, I got agreat scene of the beautiful Laguna de Bay sunset with a fiery backdrop effect to Mts. Banahaw and Cristobal.  I also witnessed several group of birds hovering around the ridge. The summit has a superb 360 degree viewpoint.  If you are facing Laguna de Bay and the Mt. Tagapo of Talim Island -- you have Mt. Banahaw, Mt. Cristobal and the 7 lakes of San Pablo at your back, the Malarayat range and far view of Mt. Makulot to your left, Mt. Makiling to your 10 o’clock and Mt. Atimla to your right.  Truly a WOW!
On the next day we started descent at 830am to reach the jump-off before noon time.  The grassland area is a reminiscent of our Mt. Kanlaon descent – the tall cogon grass, the steep slippery trail, the long grassland trek... Thanks to hubby’s motoring gloves that I used to protect from the thorny bushes. Along the way, we surpassed the other group of climbers who descended earlier.  I inquired of their jump-off/ascend trail and they replied something like near the Barangay hall – that explained why our trail is no longer actively used.  It was also at that instance that one of them mentioned about “Bunga Falls” and that made me -- Aha! Ther's a falls nearby.
Back at the Manggahan area, we asked of “Bunga Falls”.  They shared that they had it as sidetrip on their previous climb.  With their go signal, hubby and I went ahead for our sidetrip. By 10:50am we reached the jump-off for our ride to Nagcarlan, Laguna.  It took us about 30 minutes of stop and go ride and a short trek before we reached the Bunga Falls. Bunga Falls has about the same height and width of Taytay Falls but what was unique to Bunga Falls is the big rock suspended in the middle causing the water to split before it drops. It also has a big pond where anyone can dive and swim in the cold water. We stayed at the falls for about 20 minutes and before our tummies grumbled for food, we travelled back to Kalisungan jump-off to rejoin the rest of the team.  We concluded our successful climb with a lunch of “tinolang itik”, sautéed beef cabbage and “adobo”... yum yum yum... By 2pm we bid goodbye to the rest of AMATS and we hit the road again....
Originally published here.