Chennai – One of the most stereotyped cities in India 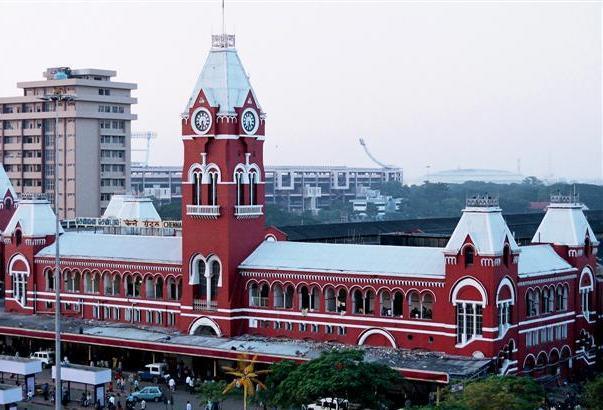 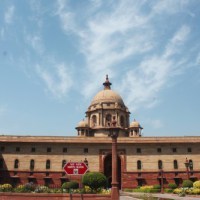 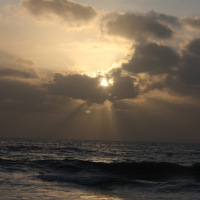 One of the popular discussions in college was - which city would you like to live in and work? A more popular one was - where you would not like to live? And the answer almost invariably used to be Chennai (the word would be uttered with a nightmarish expression). The reasons ranged from the heat to the smelly beach. I've lived in Chennai for close to a year in the past. Yes, it's really hot. And yes, the beach is kinda smelly. But I never felt a kind of repulsion as I saw with a lot of my friends. I guess it has to do with the stereotype where every city in south India is Madras and every south Indian is a Madrasi! So when I got a chance to work here for a couple of weeks, I decided to take a look again. And here's the Chennai I got to see.

The city full of maniacs on the roads

The first thing you notice when you arrive at Chennai and get into an auto (apart from the fact that you get ripped off by the auto-guy) is that the place has absolutely no traffic rules or sense. Red light? Meh! If the biker at the signal feels that he's waited long enough for the signal to turn green, he just goes for it. Who cares if the signal is still red? There is just one rule that is consistently followed by everyone - get your vehicle into every tiny gap in the road, we'll see the consequences later - whether you are a bike or an auto or a car or even a bus! So if you are a pedestrian, you better attach a pair of extra eyes on the back of your head as well.

The city that teaches you a new language (You have to learn it!)

I feel Tamil is one of the easiest languages to learn. A lot of factors go into making it easy to learn. First, the alphabet has few letters (4 letters of Hindi are represented by one letter in Tamil - क, ख, ग, घ are represented by one alphabet க). Second, you're surrounded by people (autowallahs, shopkeepers, hotel ppl) who understand nothing but Tamil. So you better learn the language or end up in the wrong place eating the wrong dish. In other words, the environment forces you to learn. Third, the pronunciations aren't complicated (like in the case of Malayalam). And it's appalling to see so many people from the north speaking Tamil so effortlessly here. I used to get relieved seeing North Indians in Chennai- finally someone I could speak to properly in Hindi. But then they would open their mouths - fluent Tamil. I learnt to read the language by deciphering the destination boards on buses during my B.Tech internship. Some of the letters are similar to Malayalam and the rest I picked up by reading the boards of known shops like Subway or Bata (can't go wrong with those).

It was the peak of the summer when I came here for my internship a few years back and I was just recovering from a bout of chicken pox. So I had to keep myself fully covered up while going into the sun. Another item off the checklist-the unpleasant experience of bearing the brunt of the infamous Chennai heat. However, this time I'd arrived in the "pleasant" weather. And yet, one could feel heat waves hitting the face while walking down the road - as if stepping into some kinda huge open oven.

The city of dosas, idlis and rice

One more thing that people are afraid of is the food. How can one survive on just dosas and idlis and rice meals? Well, I can survive on dosas forever :P A ghee roast is one thing I'd never say no to, morning, afternoon or night. Anyway, it's not as bad as one may think. There is more to Chennai than these 3. There a lot of meal options these days for the north Indian taste. All you need is some patience and of course, Zomato. My friend discovered a really good Rajasthani restaurant right opposite the Vadapalani temple- the most unlikely place to find such a restaurant. Jai ho Zomato! Oh and one must try the Mysurpa of Sri Krishna Sweets! There is nothing like it!

The city with crazy shoppers

Chennai people taking their shopping seriously. And I mean, seriously! They seek out and get the best deals available in town - best examples of this being the famous and successful stores in the city - Saravana Stores, Pothys, Chennai Silks et al. As I was in Chennai for a retail stint, I got to witness the shopping craze during Dussehra from the store management perspective. It is surely a crazy challenge.

The city where heroes are literally "worshipped"

I've never seen a place like this when it comes to celebrity worship. People are ready to even die for their idols. Be it the pujas and abhishekams of Rajni or the little photos of politicians on the roadside stalls(like we get photos and idols of Gods near temples), nothing beats Chennai in this regard. Best of all, I got a weekend-off thanks to this (which is once in a blue-moon for a retail person) ;)

Also, for some reason, people address each other as "ji" like in north India. No clue what that's all about! :P

There's much more to Chennai than the stereotypes that are very commonly associated with the place. I wouldn't call it the most awesome city to live in. But it sure isn't that bad a place, once you give it a chance!