Where souls rest in Peace..

During our stay in Copenhagen, we travelled to other parts of Europe as well, however, Sweden was not a part of the plan. So, during the last weekend of our stay in Copenhagen, we felt we should try to maximize our Scandinavian experience. Thus happened Sweden. While browsing through the options of a daytrip to Sweden, in order to quench our wander thirst, I was split between the options of exploring cityscapes of Malmo or Ystad. Ystad gained popularity as Henning Mankell has used it as the setting of the Swedish crime drama Wallander. But I was not really interested in that. What caught my attention was Ales Stenar.Not much information was available about the place other than a Wikipedia page and some travel reviews. But something about the stones haunted me. Little bit more research confirmed that it is considered to be an ancient burial ground. But no one can really confirm the exact significance of the ship shaped stone monument. Suckers for mystery, Ales Stenar became our Swedish Destination.

We started early from our hotel the following day from Ørestad and bought tickets till Ystad.The train journey was short but the experience of travelling over Øresund bridge was that of a lifetime. After reaching Malmo, passports were checked. So, don’t forget to carry the same if you are not an EU Citizen. For safety, carry it even if you are one. 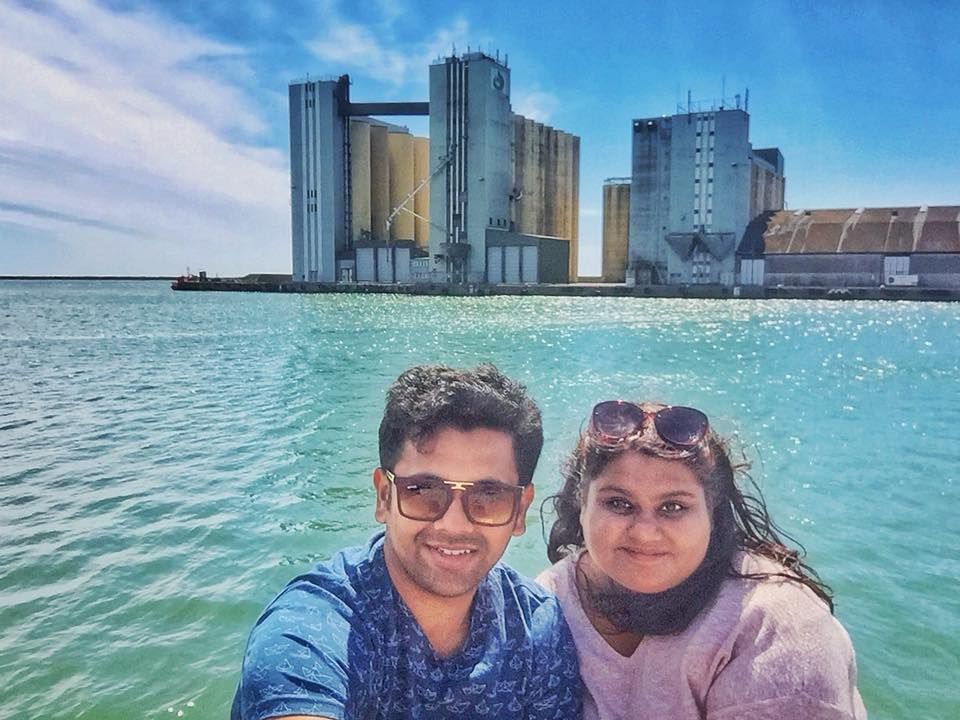 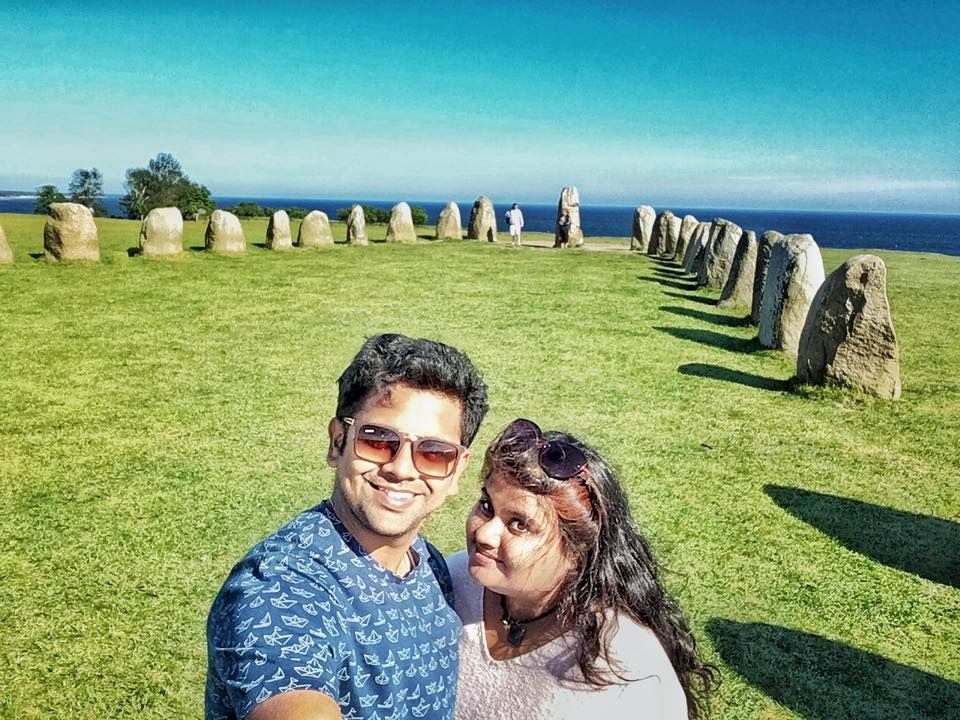 We changed trains from Malmo after around 30 minutes and were enroute Ystad.The beauty of the Scandinavian countryside was touching and we got busy capturing moments for the keeps.

After reaching Ystad, we spent some time on the port. The port is a good place to share a moment chatting with your loved ones and we loved the feel of fresh sea breeze on our faces. We did not mind much the air messing our hair. Had a great time under the sun beside the blue waters as we saw the ships sail by.

We looked for the buses that were going to Ales Stenar, and after walking for around 10 minutes, found the sign of the stop.

The stop showed a time of the next bus, however, no bus came at the scheduled time. Confused, we were wondering what has happened when suddenly a van came and a couple of ladies boarded the same. I did understand they were going towards the direction of Ales Stenar. So, when I asked them they said we can join them but the driver said that we needed to have our reservations done in advance for boarding the cab. The ladies mentioned that there was a tourist center nearby where we were supposed to get our bookings done for Ales Stenar. 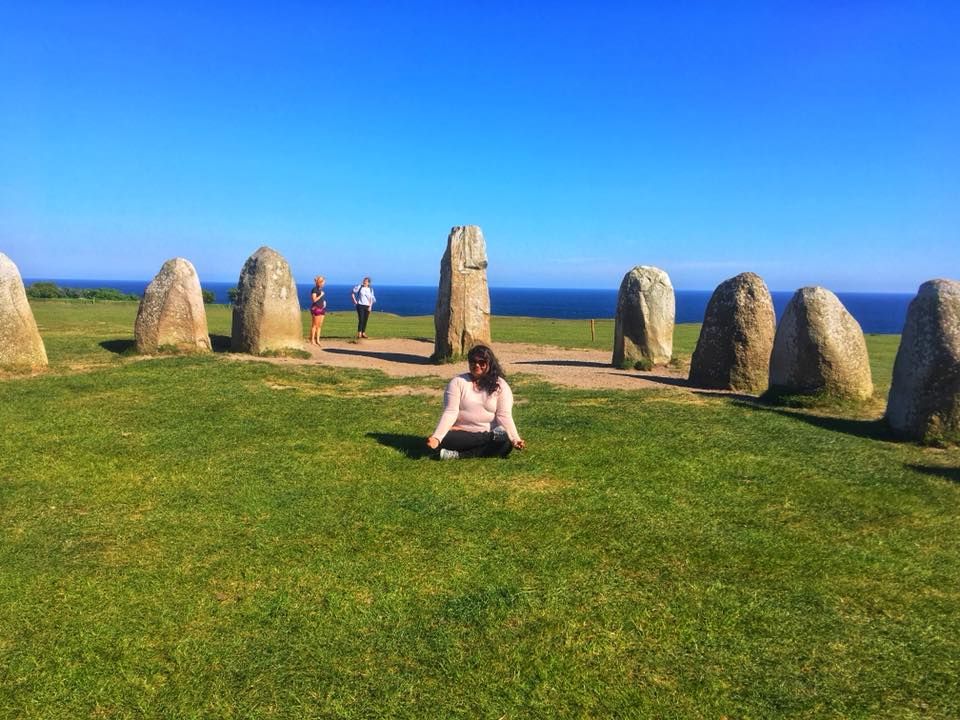 Better late than never, we rushed to the tourist center and got our bookings done. We had to get back to Copenhagen the same day, so needed to rush. The next cab was after a couple of hours, so we got back to the port after enjoying some Swedish kebab rolls at a nearby kebab place.

Finally our bus came. Post a scenic trip, we reached near the village of Kåseberga.From there, we hiked around 20 minutes and reached the beautiful Ales Stenar.The blue sea next to the stones emits an aura of mystery. And one need to experience the panoramic scene to know how it truly feels. I felt it came straight out of a painting, a perfect combination of blues, greens and the browns of the stone. We touched the rocks that existed since the Nordic Iron Age and a strange feeling of melancholy comes. An ancient burial ground or a place of star gazing, we might never really know the reason of this stoneship. But, if souls can travel through time, the ones who are buried underground, are truly resting in peace.

Soon our times were up and we headed back. You leave wishing you could stay some more. Return trip was scheduled and cab arrived in no time. From the station of Ystad, getting back to Copenhagen was unadventurous with a change in Malmo. In Malmo, we visited a couple of buildings and malls just to get a feel of the city. A day well spent with the memories of lifetime and some photos where we look awesome.