Planning a trip to a South East Asian country can be quite a daunting task. On one side you're aware that there are popular places like Phuket, Krabi, Pattaya, Bali which are Indians' favourite for a quick vacation and on the other, you want to explore the unexplored. That's how Vietnam happened to me.

If there's one thing I've understood about my travel pattern, it's this - Experience the City/street culture, live close to the mountains/hills, plan a hike/trek/a physically challenging plan for a day or two, discover the countryside and the beaches/coast, explore other cities in the country's interiors, end the trip again with the street culture.

My friend and I started the trip with Hanoi, Vietnam's Capital. It's a busy city that wakes up early. Life begins at 7 am here. You'll find the city buzzing with horns of cars and motorbikes (common mode of transport). Every shop/business establishment has a Vietnamese flag. The driving (left-side) and traffic are similar to that in India, where no traffic rules are followed and you can cross the road whenever you wish to. However, the population density per sq.km is very low. One of the most noticeable things about Vietnam is the number of women driving bikes.

We stayed in Central Hanoi. So, we got to experience the street culture at its best - from restaurants to tiny street food joints serving traditional Vietnamese food, apparel stores, stationary, tourist markets, etc. It was a colourful experience altogether. A walk around Hoan Kiem Lake will give you glimpses of Hanoi's urban culture.

We had initial hiccups getting a hold of the local currency - the Vietnamese Dong. (A tip for travellers: Pay in local currency. Do not quote/ask in US Dollars). From Hanoi we headed to Lan Ha Bay which is about 4 hours from Hanoi by bus. This is the cheapest mode of transportation to Halong Bay or Lan Ha Bay. (We chose Lan Ha Bay over Halong Bay because it is much peaceful and there's less pollution).

From Hanoi, we were put on a ferry to the Cat Ba Island which lies in the Lan Ha Bay. From there, another bus picked us up from the island and dropped us off at our hotel or (you can get off in Cat Ba Town).

The Lan Ha Bay is a peaceful place which has emerald waters and tiny fishing villages. You can go Kayaking in the Bay or just choose to go on a boat ride to the Monkey Island. The Lan Ha Bay is still not totally commercialised. Hence, there's less crowd and less pollution. During the boat ride to the Monkey island and back, you'll feel thankful to have made this trip in order to experience something so naturally beautiful and green. You cannot take your eyes off the limestone rocks and the water around. You will definitely find solace in the stillness around you.

On the other hand, Cat Ba Town is not commercially exploited yet. So, choose a place in the town that gives you views of the mountains around. Meanwhile, we got back to Hanoi in the same way. Hopped onto a ferry with the locals, experienced rain along the way in the bay, got to Hanoi Railway Station to catch an overnight train to Dong Hoi.

This was a not-so-comfortable train journey. Yet, we managed to get to Dong Hoi, the waterfront city. We chose Dong Hoi because we registered for the Hang Va Cave expedition which in the Phong Nha National Park, 45 mins from Dong Hoi. That whole day was spent in walking around the city, exploring the Dong Hoi local market, talking to the locals, exploring cafes and randomly sitting at the waterfront. This has been our most favourite city during our Vietnam visit.

Next day began with a journey to the Phong Nha National Park as we were preparing to go on the Hang Va cave expedition, organised by Oxalis adventures. Oxalis Adventures is the only agency in Vietnam that has the government's approval and expertise to run these expeditions.

Hang Va cave is part of the world's largest cave, the Son Doong Cave system. The caves were used by the Vietnamese soldiers to hide and protect themselves during the Vietnam war. The Hang Va and Nuoc Nut cave expedition is an unforgettable experience where you come across beautiful formations, enormous passage and an underground river.

This requires you to be physically fit and mentally strong. If you know swimming, that's even better. After a brief swim through the cave, we trekked on the jungle path with a very bad/difficult terrain and sharp limestone rocks. The jungle campsite was located at the base of huge cliffs next to the entrance of Hang Va Cave.

This is a true jungle camp and a great experience with the sounds of water gushing through the caves on one side and the jungle noises on the other. Even the food prepared by the local chefs was a full-course meal with every type of meat on the table.

On the next day, we were given harnesses to wade through the slippery path before we entered the Hang Va Cave. This included walking most of the time in water flowing through the river passage, climb up and down, and squeeze between the rocks, falling and getting back up. It was about 5 hours of wading through the waters within the cave, which can be physically draining.

Apart from this, inside the cave, we were also asked to rappel using our harnesses from one rock to another to see the cone caves inside. The best part of the whole expedition was that the guide and the porters were giving us enough time, creating the perfect lighting to click pictures. After a strenuous inside-cave experience, we had lunch at the camp and took a different, difficult path to the exit. The way was paved by slippery slopes, river streams and blood-sucking leeches finding their way into our shoes.

The feeling of finishing the cave expedition was inexplicable. Feeling the sun on my face again, the fact that I could complete it and walk out, was just out of the world. Every problem felt small in front of it. The cave expedition taught me a great deal of things, for good. This has been the most memorable part of my Vietnam trip.

My friend and I spent the day feeling thankful to be alive. The feeling still hand't sunk in and we celebrated our survival over dinner at the local pub called 27cm in Dong Hoi. The pub had no crowd and the owners were sweet enough to give us the freedom to play the music we wanted. That truly was liberating in another country.

We left Dong Hoi with a heavy heart as that was our favourite city. From there, we headed to Hue which is around 4 hours from Dong Hoi by bus. Hue has a history of witnessing one of the bloodiest battles of the Vietnam War.

Hue's main attraction is the Imperial Citadel which occupies almost half of the city. The Citadel was the home of the emperor of the Nyugen Dynasty. (You will need at least 3 hours to complete the tour of the Citadel). The City has a few parks and good urban life and attracts a lot of tourists.

We discovered an Indian Restaurant in this city - Shiva Shakti India Restaurant. A must visit if you're craving for Indian food there. While this included our city visit of Hue, we lived in a resort built on a lagoon. This was the perfect way to end our holiday as we were surrounded by water and had to use cycles to move from one place to another.

On the last day again, we headed to Hanoi and spent the evening shopping on the streets of Hanoi. You can bargain well with them. So, if you have good bargaining skills, use them to the maximum. One of the major hassles we had while heading to the interiors of Vietnam was language. If you are using a local sim, Google translate will come in handy to interact with locals.

P.S. Our trip has been restricted to Northern Vietnam. We left out Hoi An and Danang in the north and chose Hue. Ho Chi Minh City, Mui Ne sand dunes, Phu Quoc in the South are traveller's favourites too. Don't forget to ask the locals to play some Vietnamese music on your way to different places. It's melodious.(My favourite Vietnamese song: https://www.youtube.com/watch?v=gAzT3TjRnws)

On the whole, this trip has been an eye-opener for me in many ways. It has opened up several doors for me. Vietnam is a beautiful country that has to be on your list if you're a nature lover. I hope to keep continuing this journey through different countries. Cheers! 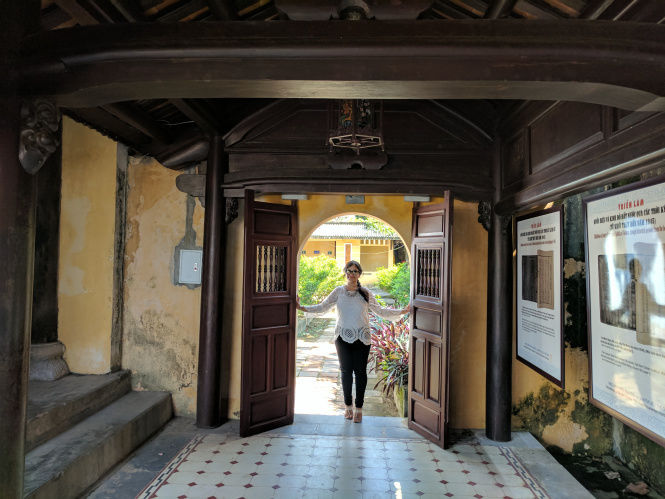 Vietnam is a breathtakingly beautiful country which is still not on most Indians' travel list. It should be. It leaves you with beautiful memories. It is exotic & is a mix of emerald water and islands, a surreal seascape, the mighty hills and limestone rocks and most importantly, warm people.

This quote sums it all: "Travel is more than the seeing of sights; it is a change that goes on, deep and permanent, in the ideas of living" - Miriam Beard

Here are some more pictures from the trip: 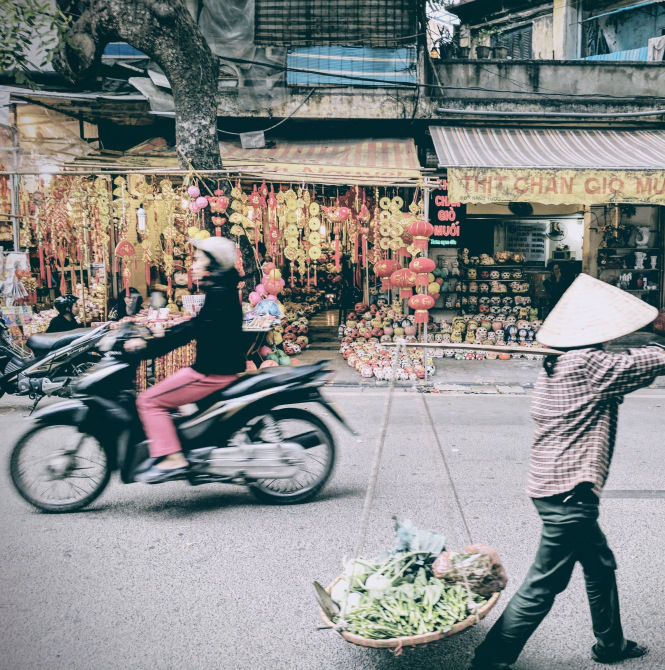 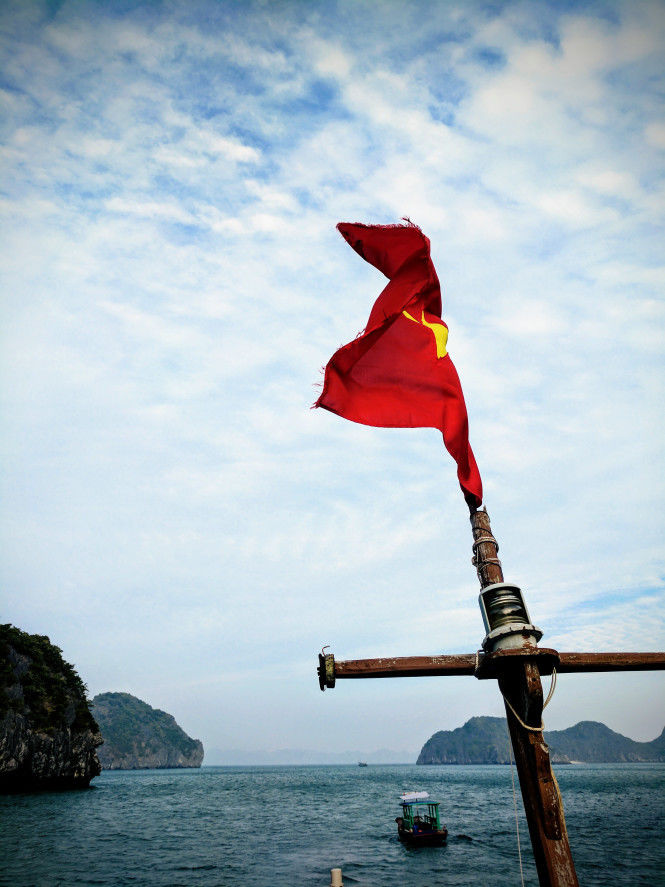