A night in Agra

There were these seven marvels of architecture that were commonly known as the Seven Wonders of the World!! In 2007, people decided to vote on a new set of Seven wonders. The list consisted of all the previous destinations along with many new additions; people voted from the list and the destinations that received the top most votes are now the official Seven Wonders. Of all the wonders amongst the wonders, the most wonderful wonder was our very own TAJ MAHAL which starred in both the old list as well as the new one.

The ancient and rambling city of Agra, Uttar Pradesh houses this wonder along with many jewels of Indian-Mughal history. At a mere distance of 200 kms from the capital, this city is accessible through the Yamuna Expressway, a road of the finest quality and least traffic. When we travelled, the Yamuna expressway did not exist and we took the road most taken to this city. In the scorching heat of April,we decided to give this beauty a visit and set out to Agra in our car.

Departure from Delhi was around 10:00 hours and arrival at Agra was around 13:00 hours. We checked in at the Udupi Hotel, at a short distance from the Taj mahal. The rooms were small and cosy, all the amenities were available, thus making it a a comfortable stay. After a short lunch at the hotel, we dressed up and left for the Taj Mahal by car.

The Taj mahal is closed on fridays and is open between sunrise to sunset, irrespective of timings. We hurried in at 16:00 hours and got our tickets at the gates of Taj Mahal. The Taj has three gates, namely the South gate, West Gate and the East Gate. Tickets are available at all three of them. After hurrying in, we entered the premises of the wonder. The Taj is flanked by walls on three sides and the river Yamuna on one side. Please hire a guide as we realised that the wonder is much more than a feast to one's eyes as it has many small tit bits of information worth knowing; for instance, the structure of the Taj is perfectly symmetrical, the four pillars on the sides are meant for balancing the weight of the main structure, the marble stones are bound to each other by eggs, honey and rice and many others.

The stones set in the structure are stones that emit a soft light of moonlight falls on them; make sure you book yourself tickets on full moon nights. The whole Taj is said to be resplendent with beautiful red, blue and green lights at midnight.

After a long walk around the wonder, we made our way back to the hotel and consumed our dinner there.

The sun was bright and enthusiastic the next day and so were we. The places that were now recommended were Agra Fort and Fatehpur Sikri. Agra fort is just across the Taj Mahal. The intimidating exterior and the spacious interior will make you realise the grandeur that the Mughals lived in. The Agra fort was inhabited by Emperor Akbar and his many queens. Please hire yourself a guide here too to understand the beauty and utility of each room.

Purchase the famous Agra ke Pethe from any sweet shop that are around in plenty.

We checked out from the hotel and left for Fatehpur Sikri from Agra which is situated at a mere 30 kms from the main city. The Sikri is a shrine where the Navratnas of the Akbar's court were born. The place is populated with many vendors and hawkers selling many intricate hand made articles made of marble and soapstone. Please bargain the maximum you can and keep your personal belongings close to you as you might lose your valuables in the crowd there.

After an extensive shopping session and a history lesson, we departed from the Sikri back to Delhi. The weather was scorching hot and we stopped at an en route dhaba for lunch.

As we were returning from Fatehpur Sikri, we crossed the Sikandra monument, the place where emperor Akbar is buried. A beautiful monument surrounded by sprawling gardens, populated with deer and monkeys. A beautiful place, click as many pictures as you like as this place is a photographer's delight.

We returned to Delhi at 18:00 hours to an equally hot Delhi.

Please carry enough water to keep yourself hydrated and avoid going to Agra during peak summers as the temperatures soar to a phenomenal high, making your visit uncomfortable and icky. Visit our country's pride and do research a little bit on the Mughal Dynasty to keep pace with the guide and question him on various aspects of our cultural jewels in the city. :D

A comfortable place to stay at a nominal price. At a short distance from all the tourist places, consider this hotel if you want a simple place to stay.

One of the wonders of the world and our country's pride, the city runs on the fame of this place. Hire yourself a guide and get lost in this monument's historical beauty. 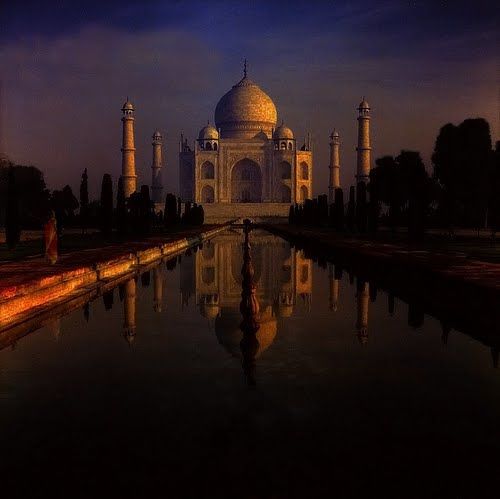 Across the Taj, a fort with spacious rooms and grand halls and courts, it will give you an opportunity to view your history lessons that you might have read in your school curriculum. Brush up on them before you visit and you will have double the fun. 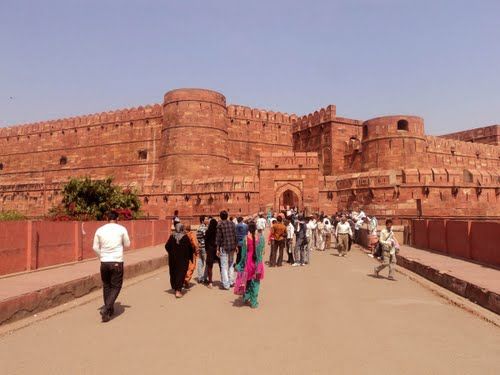 A big shrine that has now become a tourist attraction to the common man due to it's architecture and the handicrafts sold there. 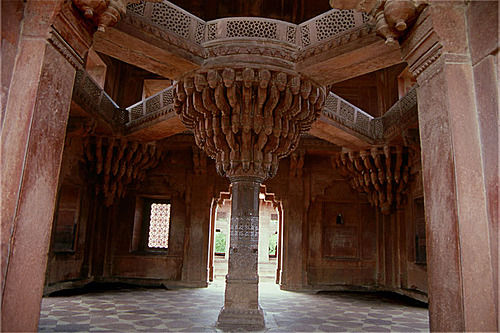 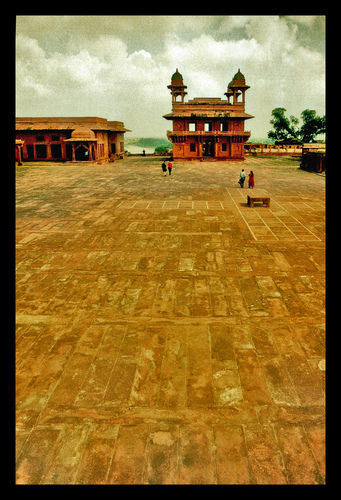 Akbar's beautiful tombstone, a beautiful piece of redstone architecture. Visit for the sprawling gardens and the sense of peace this place reverbrates with. 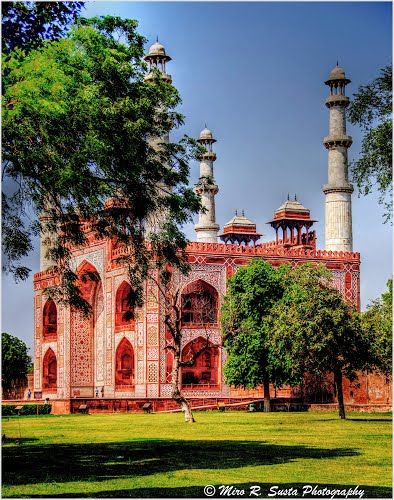