The visit to the Famous Churches in Goa 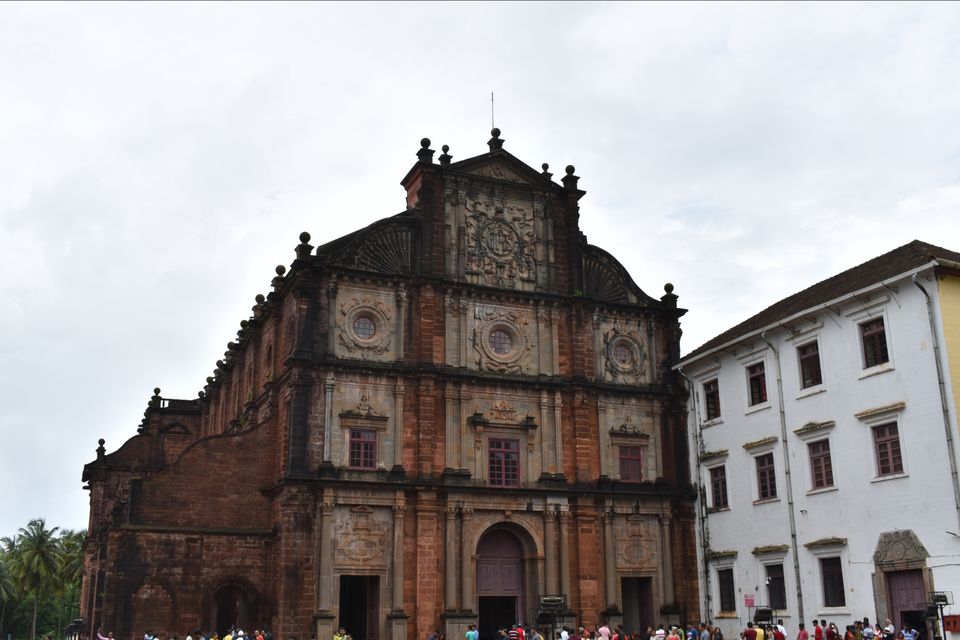 The last night that is on Day 3 of our trip to Goa I had tandoori chicken Maggi which was over sumptuous for me and after having that I fell asleep as fast as I could. My friends were awake and they slept late night after watching Zindagi Na Milegi Dobara. I got up early in the morning around 6:30 and freshened up and took a coffee at the balcony of our appartment . I did see the sunrise and then went to cook the breakfast for me and my friends. After having the breakfast we decided to visit the famous Churches in Goa one by one. Our initial plan for Day 4 was to hire a self driven car and visit these places. But due to some miscommunication we were unable to get a car that day. We had enough petrol for the whole day's trip. So our journey began around 10:30 am. Our first stop was at Basilica of Bom Jesus in old Goa. It was around 45 min ride to the location. The Google map guided us the way to the Church. We reached the place in 35 minutes and there we could see the most ancient Church of Asia.The Bom Jesus Basilica, perhaps Goa's most famous church and among the most revered by Christians worldwide, is partially in ruins but still a model of simplicity and elegance, and a fine example of Jesuit architecture. This is the only church in Old Goa, which is not plastered on the outside, the lime plaster having been stripped off by a zealous Portuguese conservationist in 1950, the Bom Jesus Basilica is a World Heritage Monument.The foundation stone of this remarkably large church was laid on 24 November 1594 and the church was consecrated by Fr. Alexia de Menezes. We took some fantastic shots of the church. The basilica holds the mortal remains of St. Francis Xavier. We did see the coffin and took some pictures to comemorate the visit. Then started drizzling outside we got delayed a bit. Then we visited the Se Cathedral Chruch which was just opposite to the Basilica Church. We went inside and did see the amazing artistic touch of the early era. Then we decided to visit some churches nearby. But it started raining cats and dogs. So we had cancel the plan for visiting the other churches. Then we decided to visit the Dona Paula. We rode to Dona Paula but we got totally wet in the rain . So couldn't take some pictures. We took shelter under an appartment for some time but rain did not stopped , moreover we were totally drenched so we decided to go back to appartment and on our way we gonna take some lunch for some good restaurants. We reached to a restaurant named Sai in Arpora. We ordered a huge list of foods for take away and waited for the foods to arrive. I just took a glance at the wristclock and it was 5:00 pm. I felt so tired and all I needed was some good foods. Finally our order was ready and we returned back to the apartment and got freshened up . It was already evening and we were having the lunch but the foods were exceptionally fantabulous. Everything was just so delicious and tasty. So after our foods we decided to go out for some tattoos but it was still raining outside. So we played some music we partied at the appartment then finally the rain stopped when we went to a lovely tattoo parlor in Baga and there one of my friend did a tattoo on his arm and I myself got a temporary tattoo. Finally it was night and we returned back to the apartment and made the last packet of Maggi we had bought and partied till late night and then dozed off to sleep. The next day was again our journey day so stay tuned for the last day of our trip. 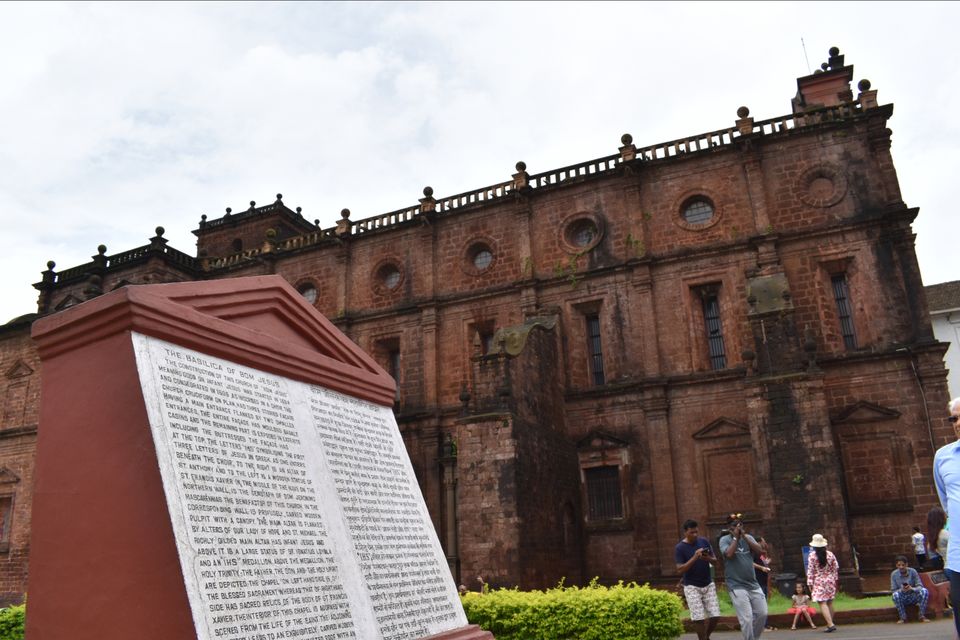 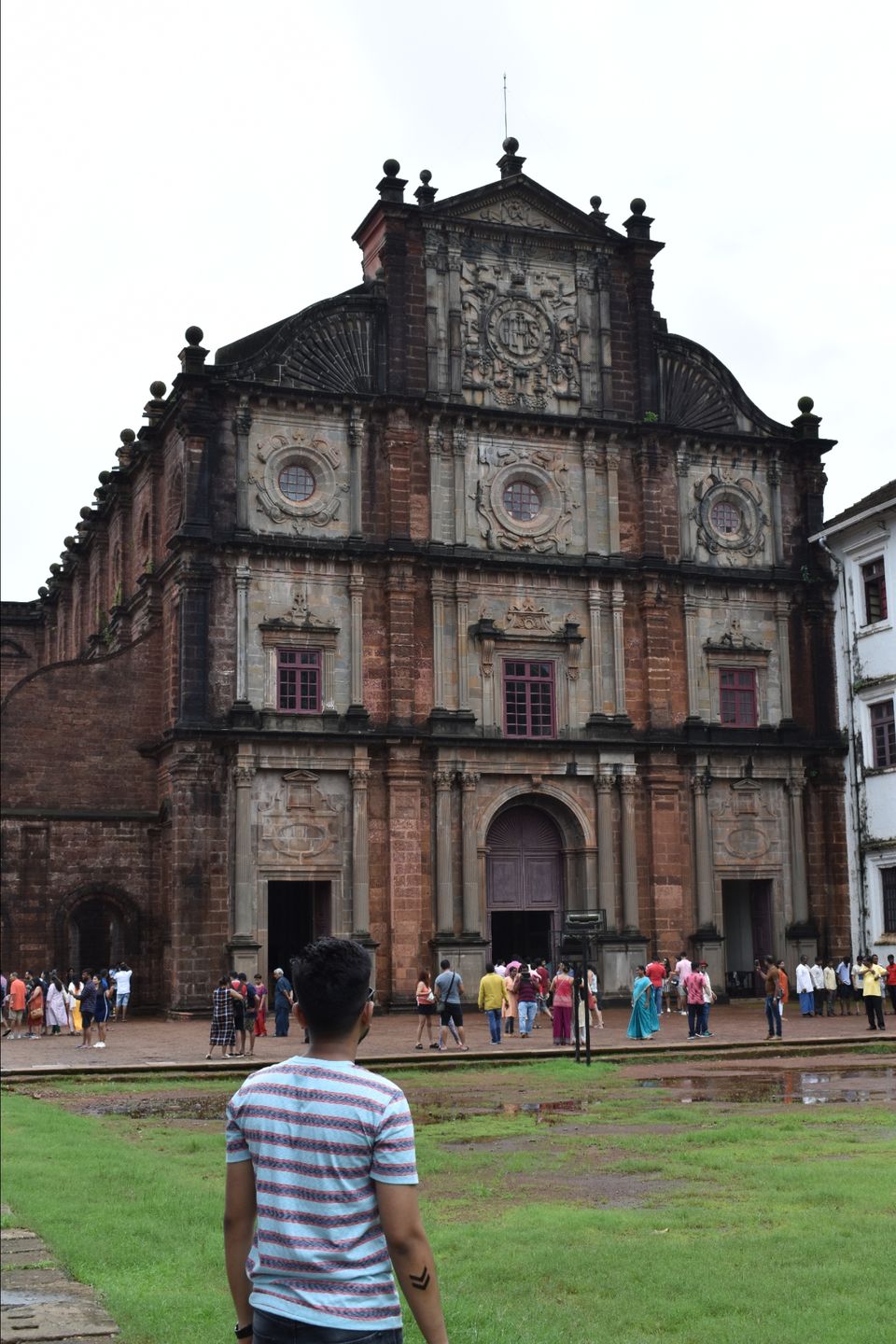 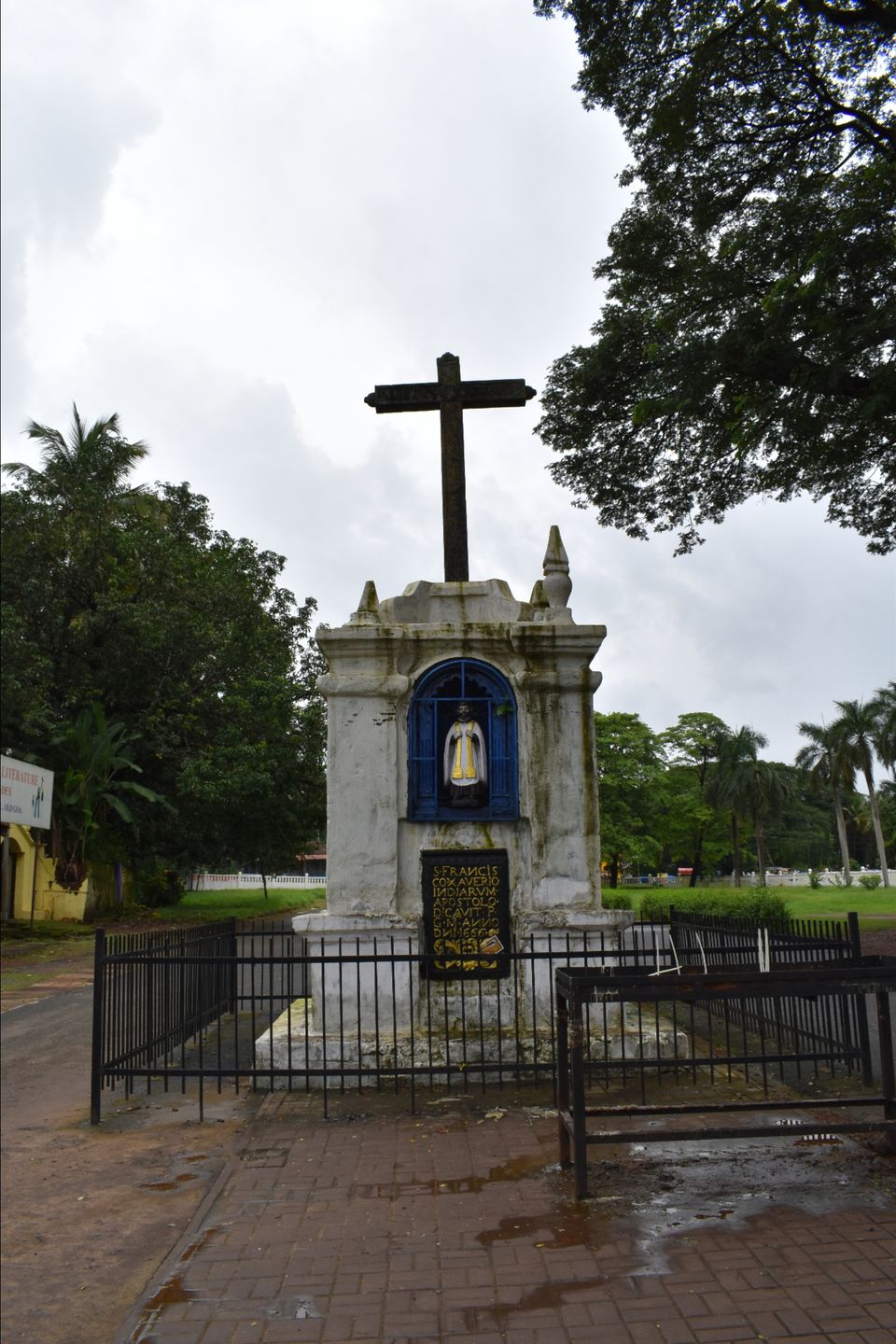 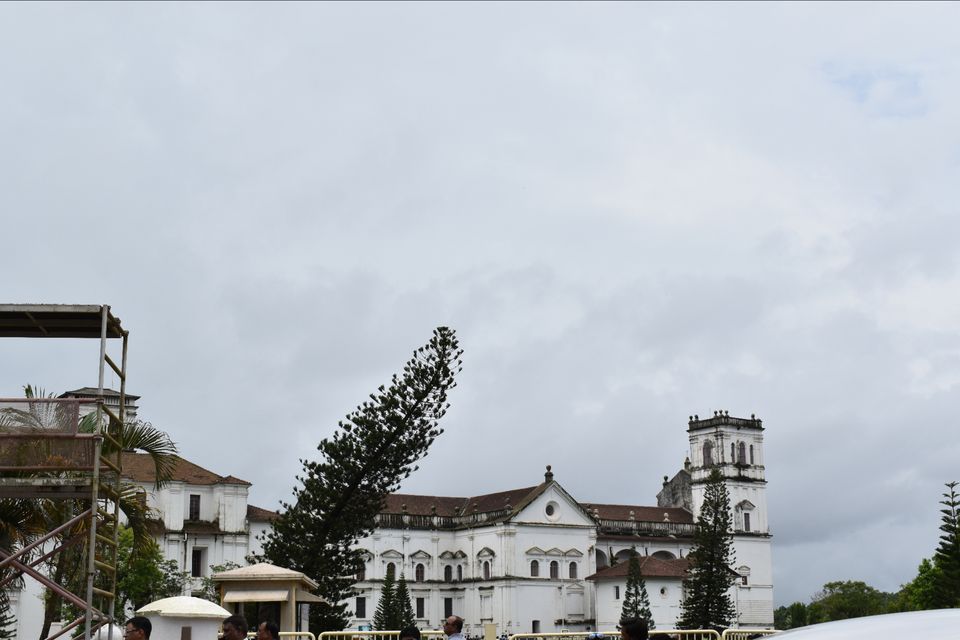 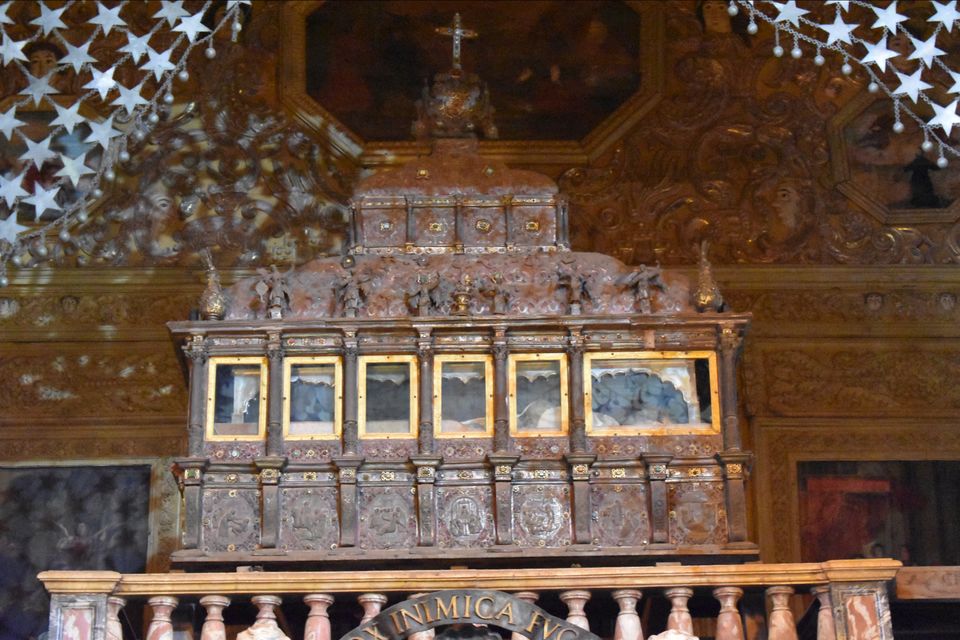 Inside of Bom Jesus Chruch 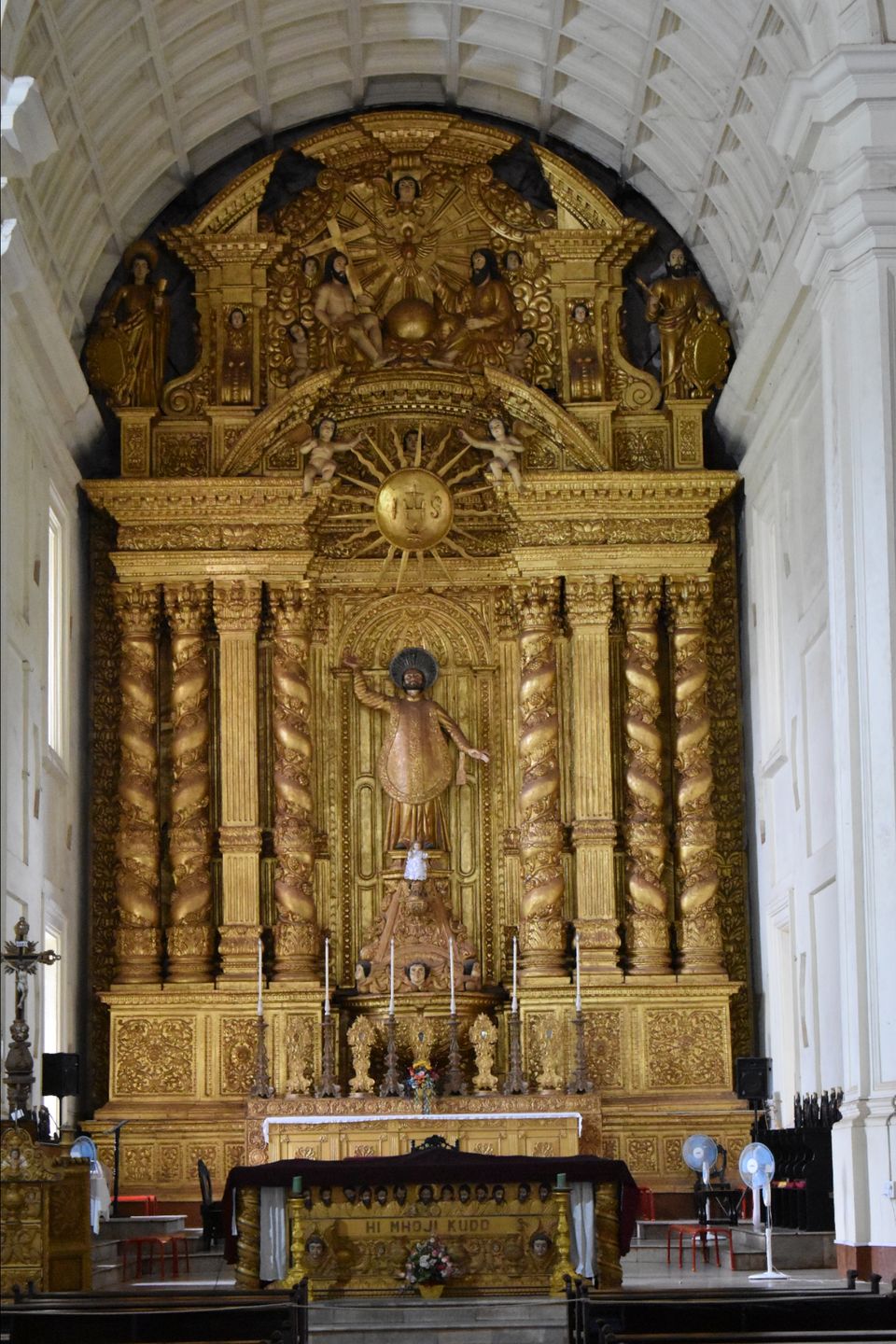 Inside of Se Cathedral Chruch 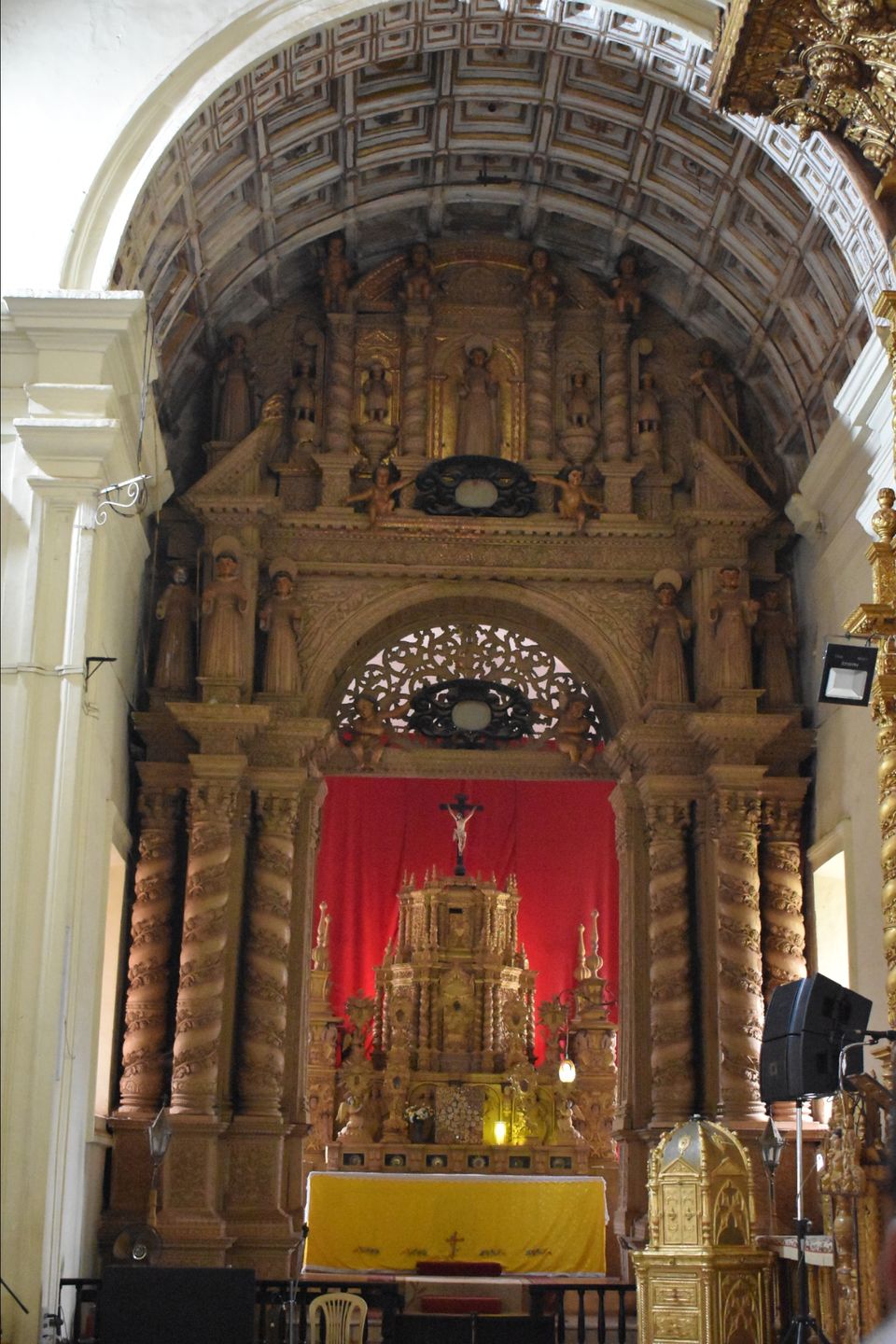 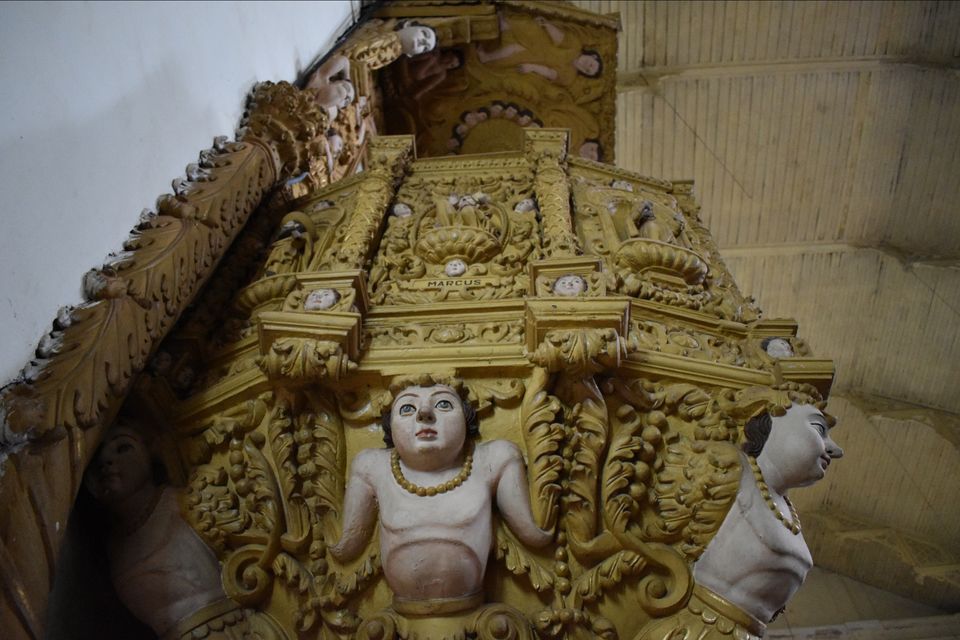 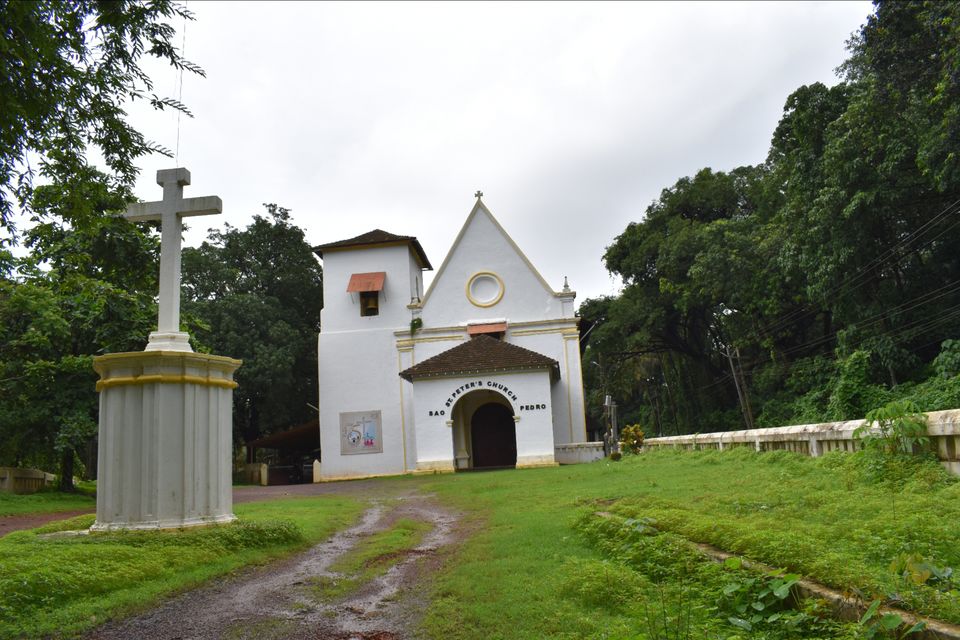 Permanent Tatoo being done to one of my friend 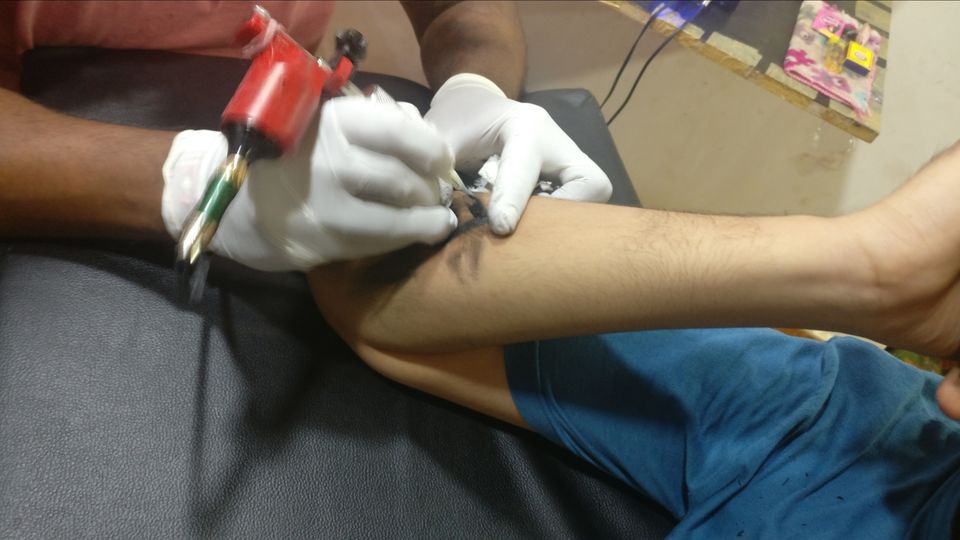 A temporary tattoo for me just for some fun 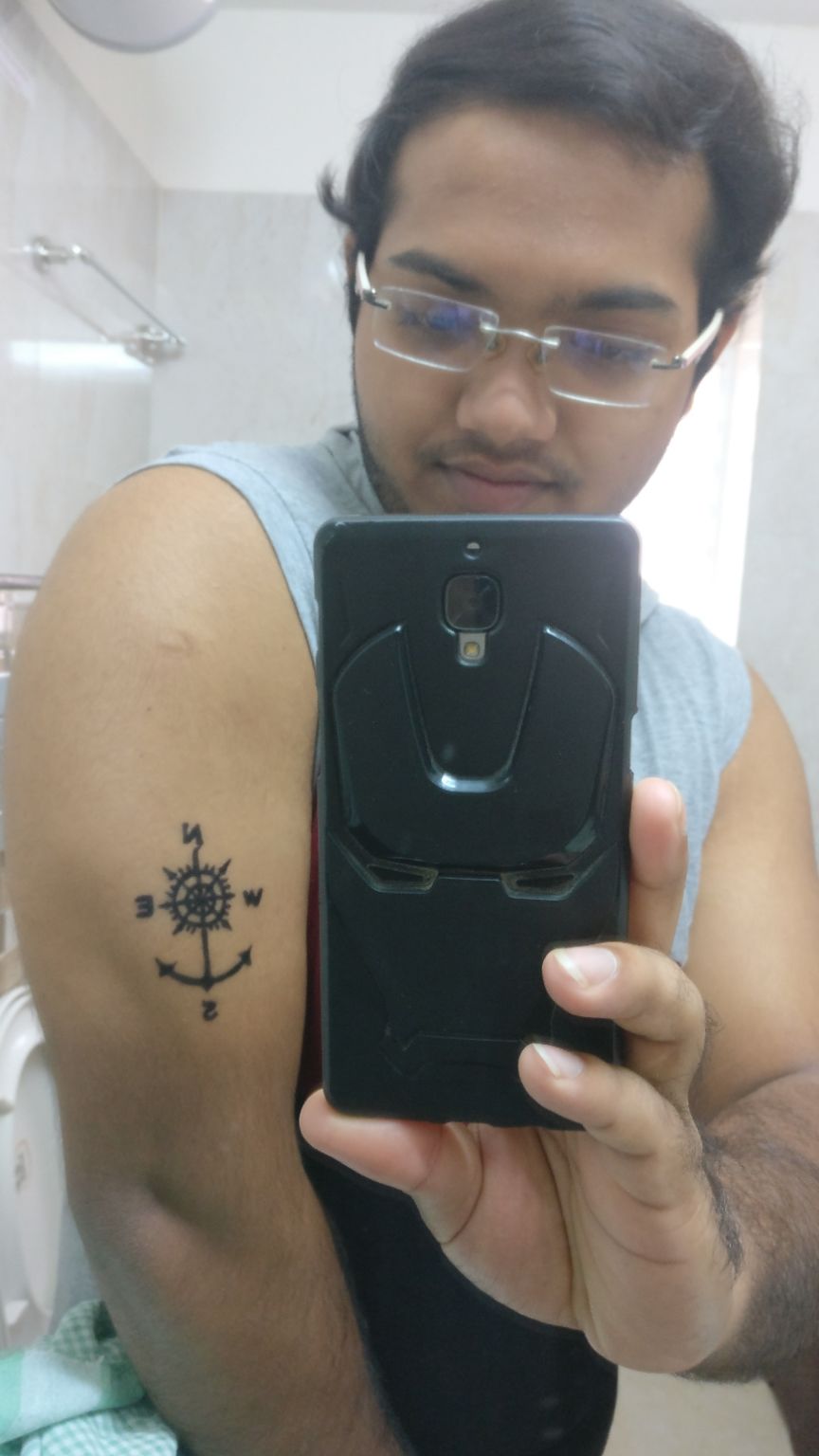 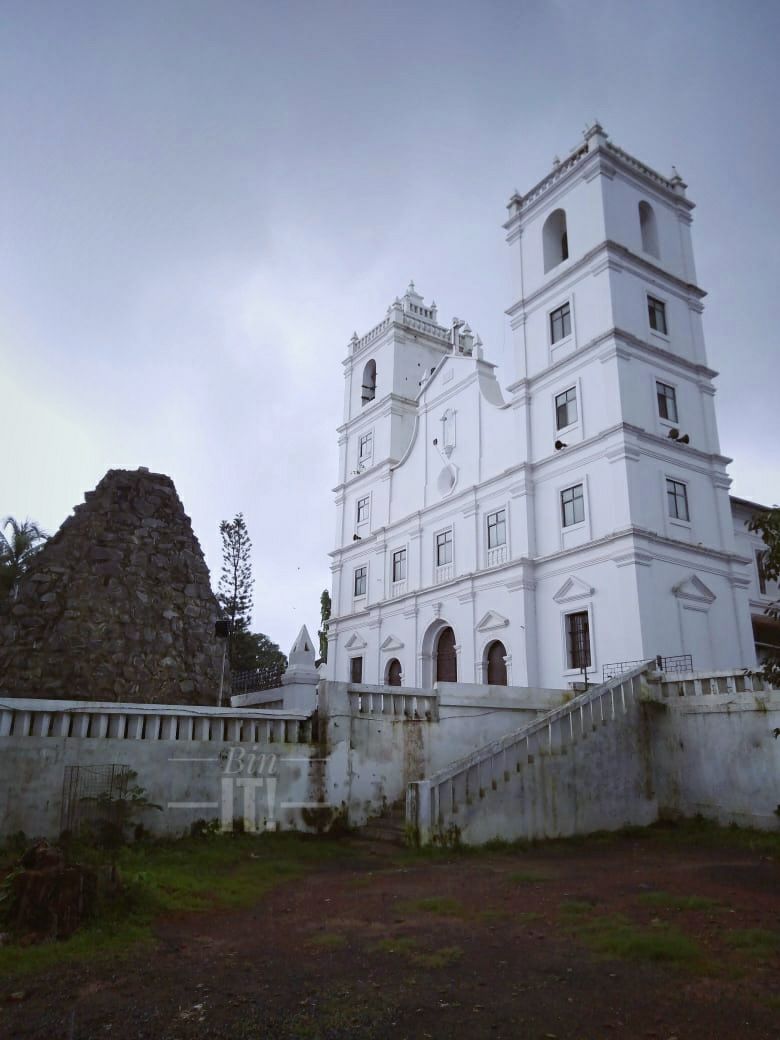 Outline of the Permanent Tatoo done 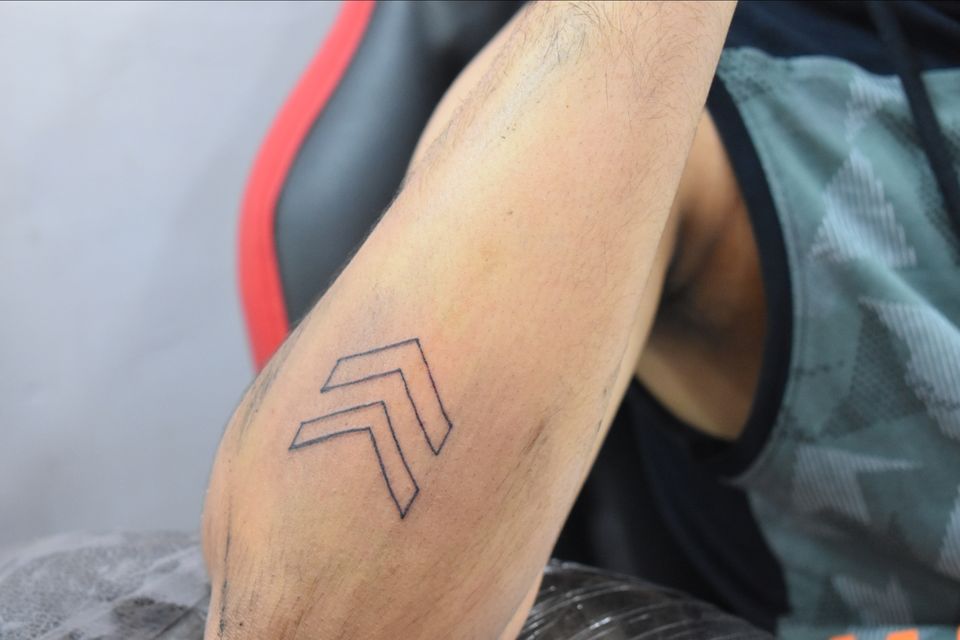