A feast at Gujarat

Known as the Jewel of the West, Gujarat is the western most state of India with a large coastline and diverse geography. Bordered by Maharashtra and Rajasthan, this state boasts of enthusiastic tourism measures undertaken by the government and a score of Industries that have cropped up in the last decade or so.

Our family left for Gujarat from New Delhi by the Ahmedabad Rajdhani Express. On reaching the Ahmedabad station by 07:00 hours, we hired ourselves a car for the next three days. The travel was to be extensive and we ensured a comfortable ride to enable a cheerful travel.

The holy town of Dwarka lies 500 kms from the capital and we reached there by 21:00 hours; the travel time was 8 hours. We rested for the night as the next day was to be a busy one.

The temple town of Dwarka is dedicated to Lord Krishna. Lord Krishna ruled over this province and this city flourished under him. Mythology lauds Dwarka as the richest town of its times, draped in gold and silver, this town has now become one of the top destinations for tourists and devotees. The ritual which draws eyes is the constant rotation of flags perched atop the highest tower of the temple. It is changed 5 times a day, as a tribute to Lord Krishna who in this town is King Krishna. The deity is also dressed in royal costumes. The evening aarthi is not to be missed.

Lunch was a simple affair as Gujarat offers the most amazing dishes for vegetarians. The dishes they boast of are Dhokla, Khichdi, an assortment of sweets, aloo bhaji etc.

We then visited a shrine dedicated to Rukmani Devi, Krishna’s first wife. Not far from that is Gopi Ghaat, where Krishna used to dance and enjoy himself with all his subjects. The mud of this bank is considered holy. It carries a yellowish tinge.

As the sun set, we visited Bet Dwarka, a small temple set on an island a little into the sea. Steamers and boats are available to take devotees to the temple. Below this island is rumoured to be the ancient town of Dwarka, still intact.

We witnessed the evening Aarthi at the main Dwarka temple and went back to our Lodging for a good night’s sleep.

We left for the Somnath Mandir at 07:00 hours the next day. The sun was ferocious even in the month of October as we reached our destination at 13:00 hours. Walking barefoot in the sand, we made our way inside the temple premises. The shrine is dedicated to Lord Shiva. It is also known as the ‘eternal temple’ as numerous attempts have been made to sabotage the temple and it still stands erect on the sea shore. It is considered the first of the 12 jyotirlings (shrines dedicated to Lord shiva) scattered across India.

After a satisfying darshan, we left for Daman and Diu and reached by 18:00 hours. We put up at the Sugati Beach resort. Diu is one of the five Union Territories of India. It was previously under the rule of the Portugese and you will still find many Portugese inhabitants there. Probably one of the most beautiful towns on the western coast of India, it is less crowded than Goa making it a must-visit for people preferring a quiet holiday. We visited various beaches and the Diu fort, a dilapidated building with its beauty still intact. It overlooks the sea and makes for a picturesque destination.

We left for Ahmedabad the next morning at 05:00 hours. The journey was long and tiring as we reached Ahmedabad at 15:00 hours. We purchased several Gujarati specialties such as Bandhez sarees, cotton dresses and grand bedsheets.

After the rituals of purchase, we made our way back to the railway station where the Rajdhani awaited us to take us back to New Delhi.

A small temple set on an island a little way into the sea. 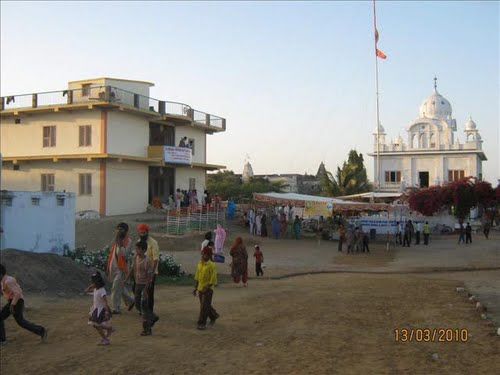 The starting point of our long journey

A temple dedicatd to Lord Krishna. The place where he ruled as a king, he is still decorated in royal clothing as a tribute to the great governance that made Dwarka flourish.

A temple on the sea shore of Saurashtra. Dedicated to Lord Shiva. 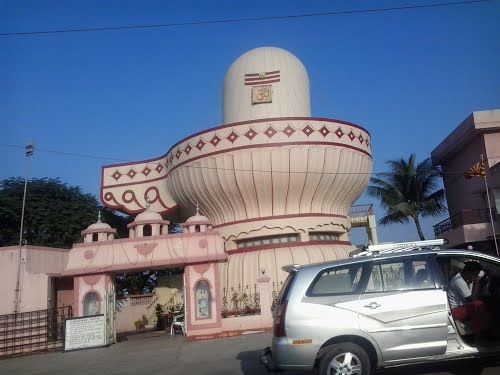 A comfortable resort on the beach at Diu. 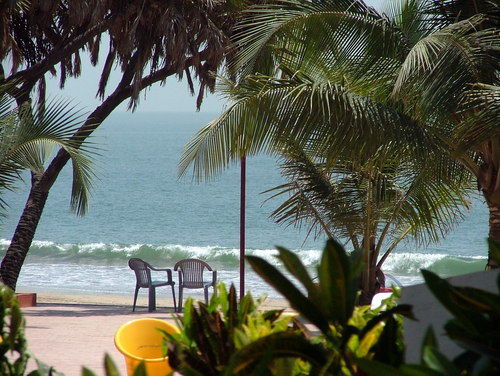 A dilapidated fort with its beauty intact. Overlooks the sea. Do carry your camera along with you. 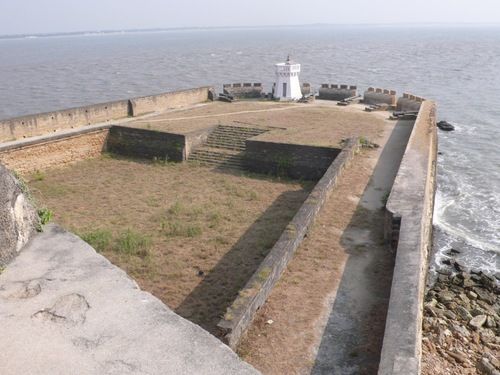