Things We Should Stop Saying to a Solo Traveller 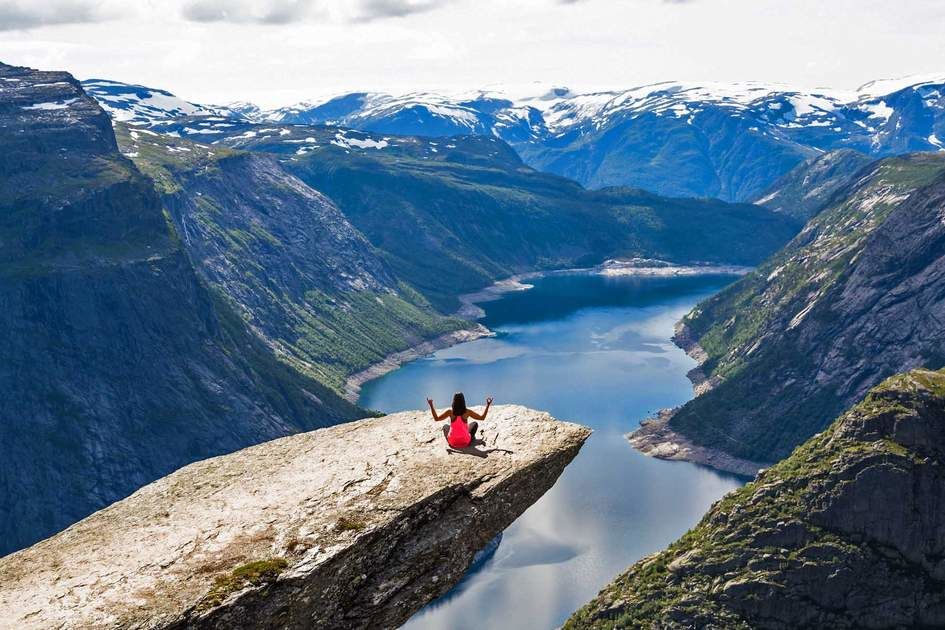 I started travelling alone from a rather young age. I was a curious kid, and so the opportunity to travel alone seemed like a good experiment to conduct on oneself. And oh! The feeling of independence that came with it! I mean, as kids, we keep waiting for the time when we are officially adults and, my friend, that time arrives when you start travelling alone.

You can have multiple cups of tea and order overpriced chips or fried food, for who’s going to stop you? As someone who has travelled alone in trains, on flights and in buses, I feel that trains provide the most immersive experience. So the article would be a combination of my mixed emotions and things that, perhaps, every solo traveller has faced.

No one out-rightly tells you this, but oh, the subtlety! Kids are suddenly asked to read a book or play games only, husbands are monitored and all your actions are scrutinised. You know that people are looking at you, they’re talking about you in their own language and, worse still, they’re giggling. When I'm travelling alone, I expect it to be stressful and why make my life more difficult by making everyone around me conscious?

Travelling solo is fun, but it's also tiring. What you're used to having things done for you, then managing the luggage, checking in when you’re hungry, being a watchdog so that no one bothers you, are all things that you have got to do for yourself.

I am someone who loves piercings. It is what I call, my thing. Now when I’m travelling and people spot them, they automatically become very cautious of me. They ogle shamelessly and whisper things to each other. Now, hey, not cool!

2. Don't bully me into a compromise!

Whenever people see a young solo traveller, they're usually taken for granted. Young people are generally polite and would prefer not to get into hassles in unknown places, but it is not a good reason for fellow travellers to keep extra luggage in their assigned place or bring other people to sit on your seat for a long time. There are also some passengers who raise their voices and create a ruckus. You all know who you are, and you should also know that there is very little respect for you guys.

The last time I was travelling alone in the train, my fellow passenger had occupied the entire luggage section and just assumed that I would find another place for my rather bulky trolley. Let's just say, I put up a good (borderline rowdy) fight. Not because I liked it but because I had to and so do we all, unless people get the point that it isn't okay to be pushy with us. I reiterate: travelling alone is stressful as it is, don't make it harder.

I can't stress this point enough. I'm sure men face it too but women face it a little too often and it's pretty sickening sometimes. Every man who's crossing your seat would stare at you a little longer, some smile, there are some who would attempt to strike conversations with you despite you stating that you don't want to talk, eve-teasing when you're passing by etc. These are common things and just because they are, it doesn't make them okay. As women, we're only too aware of how important it is for us to be wary at all times because it's so ingrained in us, can we please not do this while we're traveling?

The other ironic thing is, when other people can see us solo travelers face this difficulty or get uncomfortable, they act like we have called this on us or even worse, are enjoying the attention. Shame on you. I remember when I was travelling alone for the first time, it was a long journey, from Kolkata to Vadodara. There was a man who was sitting in the adjacent seat. He had been trying to talk to me for a long time. Eventually I did start to talk to him unsuspectingly when I saw, that he started to have his meals in my seat and at bedtime, tried to make a move on me. That’s when I got alarmed and asked him to leave or I would create a scene. I could see that the person who’s seat this man had occupied was watching everything from the upper berth. The next day I asked him about why he didn’t say something or help me when he saw what was happening. He said that he thought I was enjoying it and called for it. I was 18, and travelling alone for the first time.

Oh God, no. This is the part which makes every solo traveler cringe. What have we ever done to these people around us! It's a sad irony that a lot of conversations around us would have different versions of "kids these days". They find the most stereotyped and horrible points which as it seems they reserve for train journeys. Oh man, is it annoying! Drug stories, ‘slutty clothes’, rave parties, disrespect for elders, lacking culture, obsessed with phone, lack of values and ‘sanskaar’… stop, already. I would not deny that we embody the points mentioned above in some parts but we’re much more than that. I mean 65% of India is us, young adults or people below 35 years of age, and most of us are highly eligible to get employed anywhere in the world. We are the real resources of a country and its hidden power reserve; so if not for anything else, respect us for that very fact.

There was this aged gentleman whom I had to stop from crossing by as my luggage was taking a while to fit under my seat. It would have been a couple of minutes when he lashed out at me. He said, if you spent less time ‘doing fashion’ you'd be able to be more efficient. Not cool, old man, not cool.

So when we travel alone, we become some kind of social pariahs. Or are treated as one. No one wants to help us with luggage or anything that we find difficulty with. But they're willing to help families and middle-aged people. Now that is absurd behaviour. Because when you're struggling, everyone sits by, with metaphorical popcorn, to watch you. And yet no one offers to help! What an absolutely ridiculous way to be. Even the cleaners don't seem to give two hoots.

When I'm travelling, everyone's trays get picked but I have to make sure that I drop mine all the way near the bin. Now I don't say that I mind but offering to pick mine along with others' would be nice. They just think if we can travel alone, we’re too smart to sort everything out no matter what. And truth be told, we sure are but it’ll be simpler if we got some help. What have you got to lose, fellow passengers?

Such things make me wonder why exactly do youngsters who travel solo face such problems. What I mean by such problems is behavioural problems from fellow passengers. It could be that we're seen as a threat for a tradition that is accustomed to the tutelage of a family or set of adults over a person for the most portions of their lives, leaving them handicapped alone. Solo travellers are not born wild or whatever else stories you’re probably conjuring; we’re taking baby steps and trying to become self-reliant. Talk to us, make us feel welcome and if not, don’t attack us unnecessarily.

Times are changing sure but for everyone to come around to that, as a collective, is what would take a while.