A WALK IN THE CLOUDS...Day 8 of Himachal Solo Sojourn.. 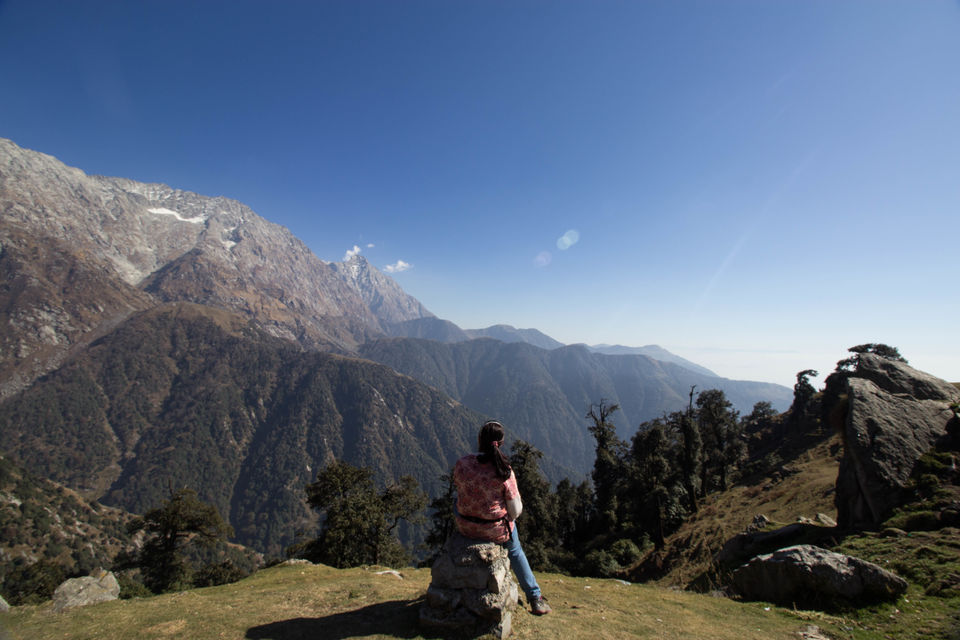 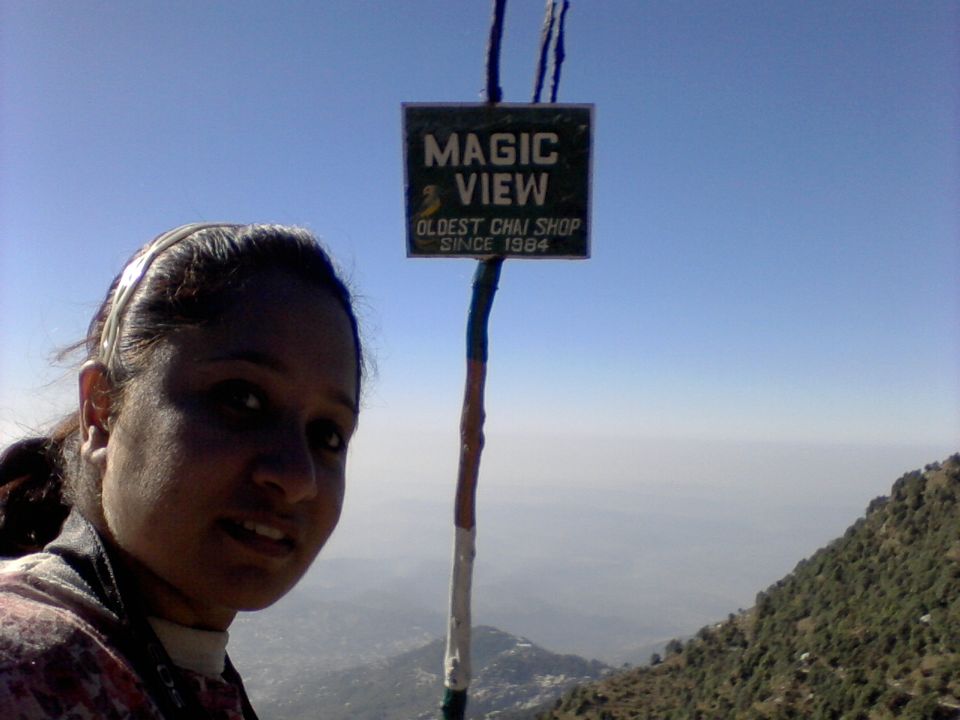 Man : A tiny speck in the larger scheme of things.. 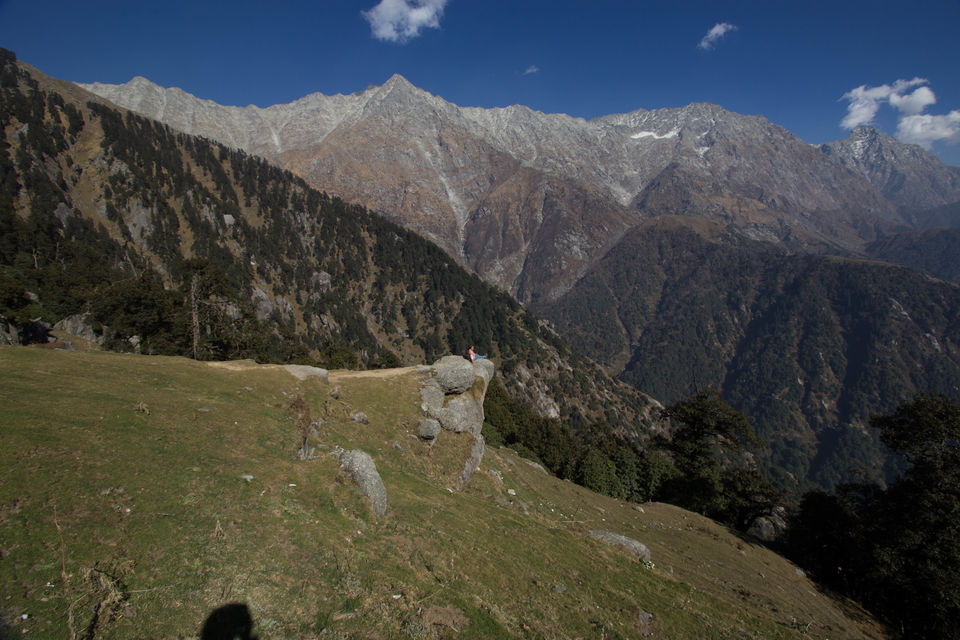 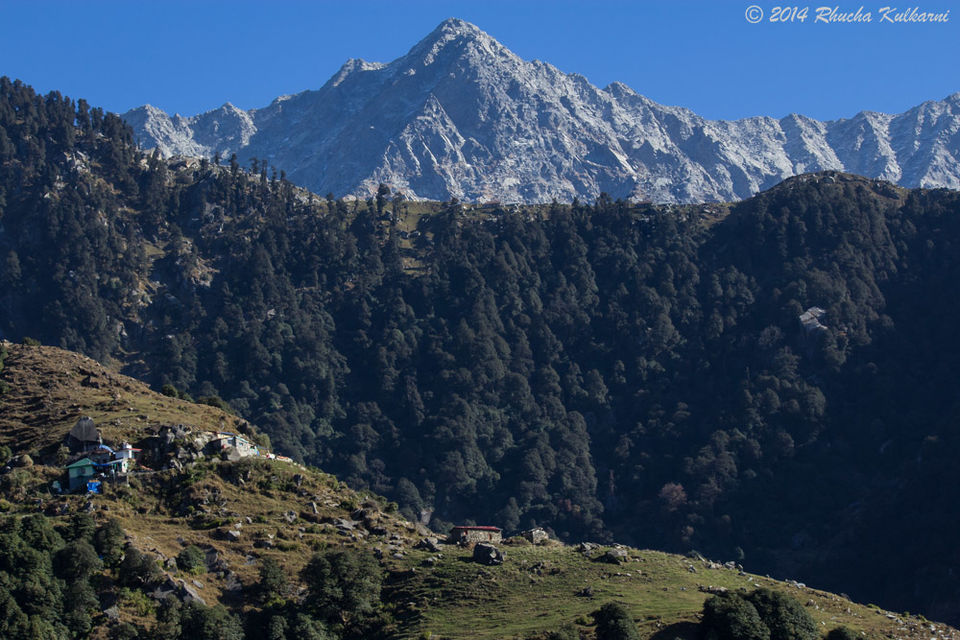 It was a mixed feeling of ecstasy and trepidation as I had planned for a day trek to Triund. Ecstasy as a result of anticipating awesome views up there and trepidation owing to the dire ‘bear attack’ warnings and I was not sure of covering 18 km on foot in a single day ! For company I had a girl from France and 2 guides. So we set off at around 7:30 am. As we trudged, uphill towards Galu Devi temple, the effects of years of urban corporate lifestyle started to make their presence felt. I was heaving and panting by the 2nd km uphill and started having second thoughts regarding the entire expedition! We reached “Rest-A-While”, an aptly names eatery and surprisingly thereon the going got easier! . I guess the God-made human machine has an incredulous capability to quickly adjust to what it is subjected to! I seem to have somewhat acclimatized to the sudden strain imparted on my hamstring muscles. With intermittent stops, progress was good. Plenty of photo opportunities as the mystic blue hills and hamlets of Dharamkot dotted the Kangra valley.  These refreshing views definitely added to the motivation to keep going ! Halfway up me and my guide took a breakfast break. Thereafter the last 2 km was an arduous uphill task, traversing 22 sharp and steep bends – the going got tough as I reached the brink of my stamina. The top visible, within reachable limits, yet oh-so-far! The mind has a hidden power much mightier than the body and it was will that took me to the top! I collapsed on the lush green meadow, eyes closed, soaking in the silence of this different world.

Tranquillity: Triund is the amalgamation of 3 peaks of the Dhaulagiri range.  Peaks so close – your mind is tricked into believing you can reach out and feel its snow clad slopes. A place that takes your breath away. Lush green meadows at the summit, on the backdrop of dramatic slopes. A world far removed from the mundane existence most of us follow, a locale beautiful in its sheer presence and its unpredictability – one that stems from it being at the core of nature.   I stood there gazing into the nothingness, overwhelmed by the captivating beauty of the Dhaulagiris. There is something with snow peaks that’s leaves you with a mystic feel. A mix of awe and melancholy – as you gaze into her vastness a realization of the larger scheme of things. An unforgettable experience that’s shakes up your very being, leaving deep down within you a sense of restless stirring enveloped in eternal peace. Words are not enough to relive this experience, as I stood there transfixed and mesmerized, a witness to this barrage of emotions through my heart.

Post an hour of peaceful oblivion, away from all forms of existence, we embarked on the descent. And after 3 quick hours of walking and talking with the guide, I found myself back amidst the hustle and bustle of McLeod.