A MAP IN VAIN , A JOURNEY IN RUINS 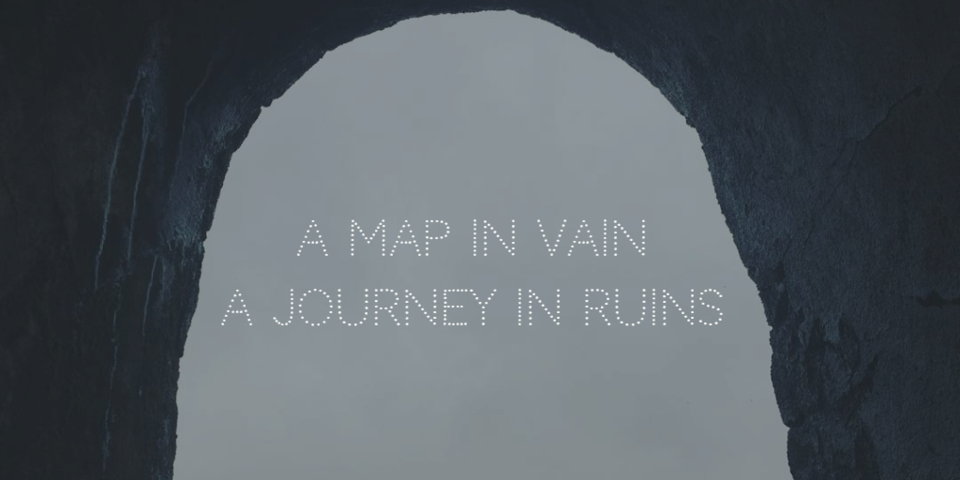 I trimmed my nails and was ready for another journey , to Daman , and Diu.

The plan was again for Andaman and Nicobar islands , but because it so seemed a far cry , we were obliged to drop the ‘An’ from Andaman.

The same group as last time , almost . Just that this time , in the place of the non-kafir , we had Prat amongst us. The packing was done , the bookings were done. Our itinerary was supposed to be of a three-day trip : First travel to Daman , then to Diu (which is a fifteen-hour bus journey from Daman) , back to Daman , a detour to Udvada , the small ghost town of Parsis (Zoroastrians) where a fire has been burning at Atash Behram for more than a thousand years ! without any seventh-year itches , or thousand-and-one-year itches , and then back to home.

I had even drawn a customized map , carefully noting the distances and time between the spots we had planned to visit.

We were just one day away from the impending journey , and this is where things went awry – violent showers showed up at Daman and Diu.

While planning the journey , we had carefully picked up the dates with the brightest , immaculate sun shining on the website portal. Nevertheless, the website defied us – Weather went south !

Nonetheless , the following night , a pack of six foolhardy youths sneaked out of their college periphery (owing to lack of permission) and set out to set the Thames on fire ! or the Arabian sea , or… hell! the Gulf of Cambay on fire !!! 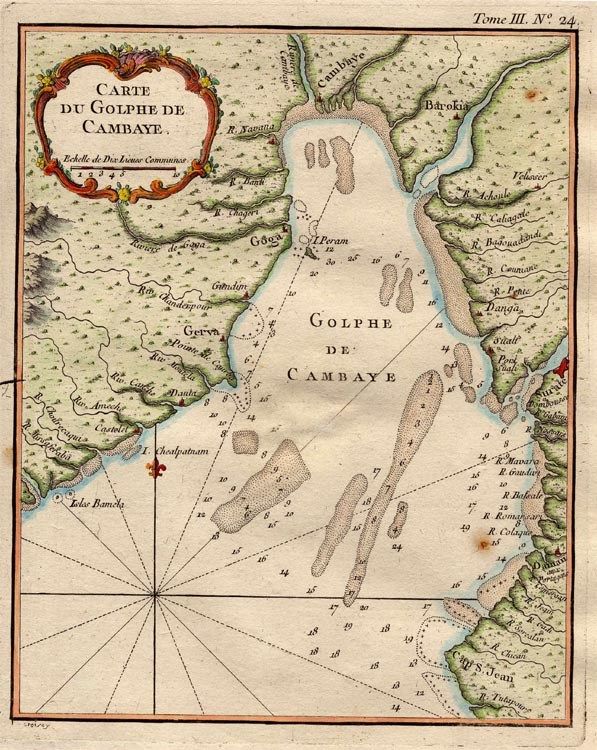 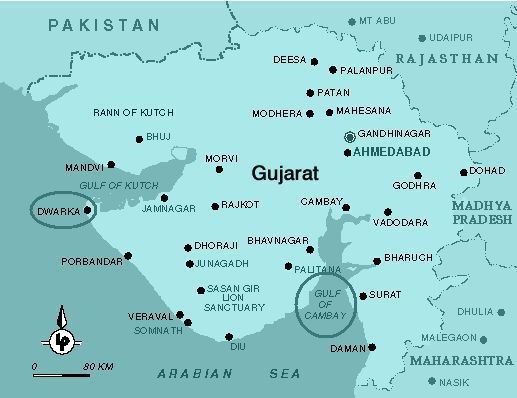 We boarded the train past midnight and slept . Slept , till people woke us up to get off at our station. The station was called Vapi . 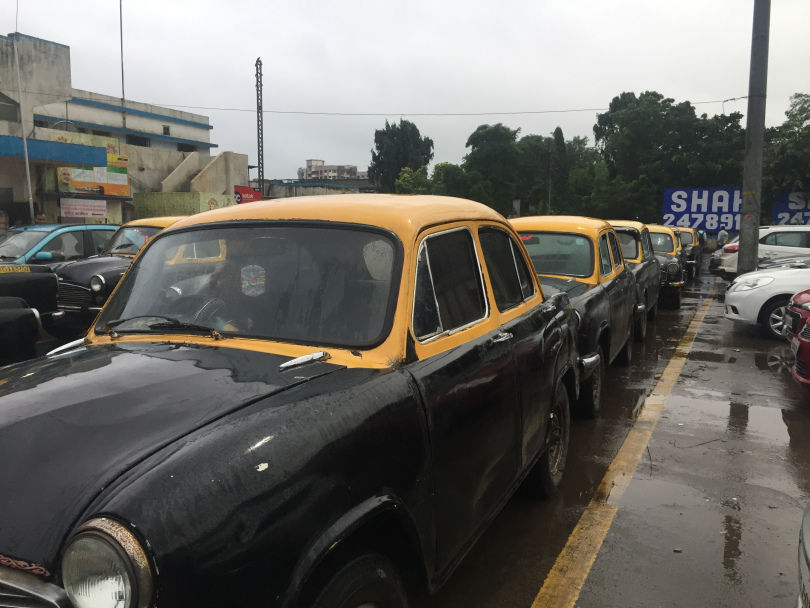 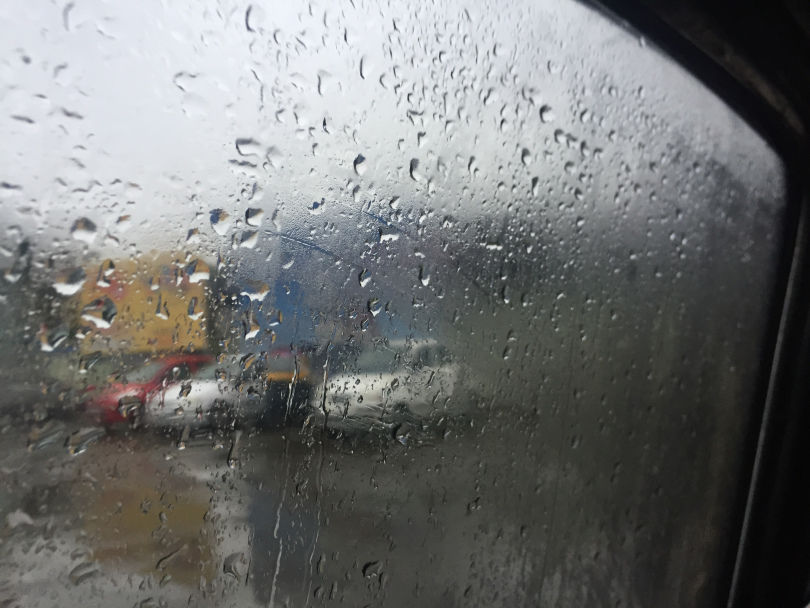 stuffed inside the taxi. 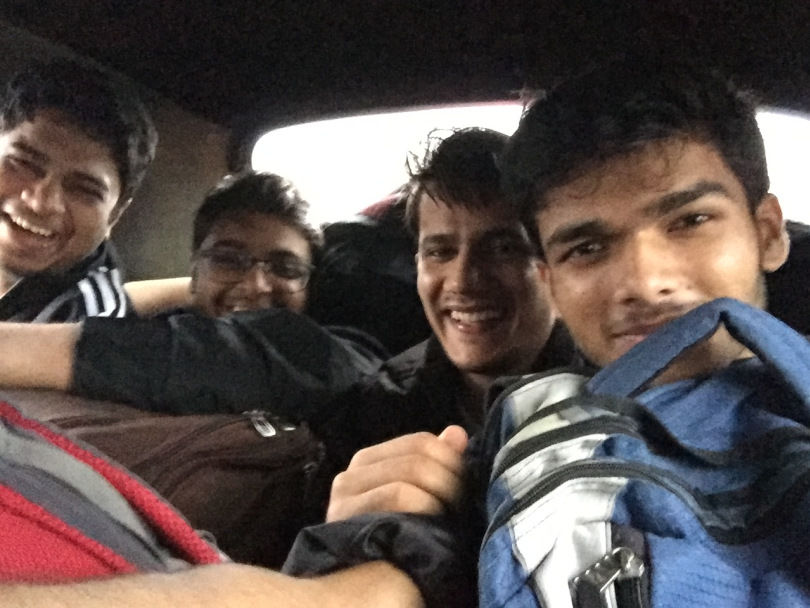 Right outside the station , we hired a taxi which took us to Daman ( which is a union territory) in twenty minutes and charged a meagre rupees thirty per head.

stuffed inside the taxi.

At the Daman Taxi Stand , rain encompassed us on all directions , and we felt the dire lack of some decent umbrellas. After having waited for twenty minutes , a pack of six foolhardy youths ventured out the taxi stand shed , into the open , against the torrent.

Google maps came to our aid and we tentative went the right hand from a cross road , called chaar rasta in the local parlance. Upon going some distance into the right hand , we came into the knowledge , by the agency of the Map provided by google , that we just took the opposite track . So U we turned , and trotted on. After a 650 metre walk we reached Nani Daman Jetty , overlooked by St Jerome’s fort . 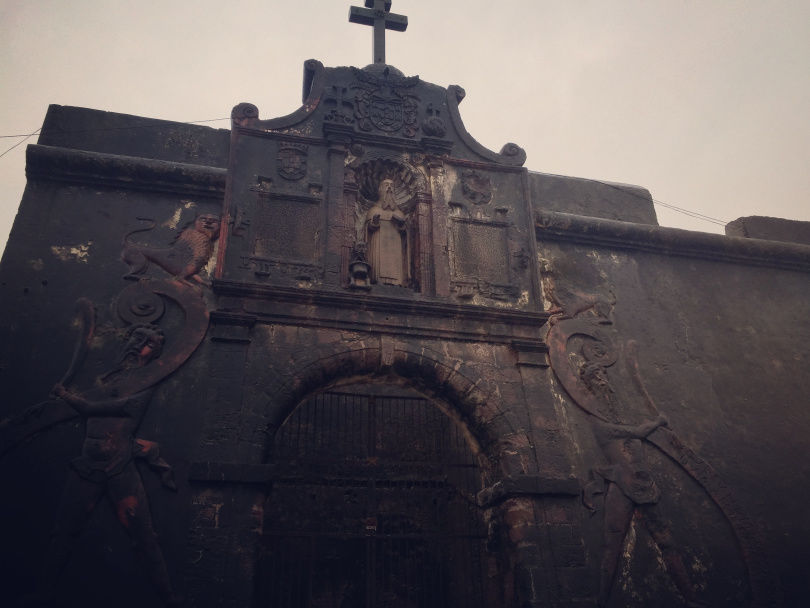 We climbed up the fort and heard a nearby chorus of students singing the national anthem . I , for one, stood stiff on the steps in the buffeting rain in respect of the National Anthem. After scrutinizing and giving reviews and critiques about the fort I , with Prat took shelter inside a cavern and planned the further escape – “let’s cross that bridge over there and escape into the Dominican monastery , for some refuge”.

We ran down the fort aiming for the long bridge and ran… straight into the nearest shelter we could ferret out. The rain had grown into a vehement torrent and we were desperate to save our rain-soaked bottoms. The Bridge now seemed a far cry. Under a shed , we changed our clothes into shorts ,and waited .

brooding over our fate while watching through a cavern. 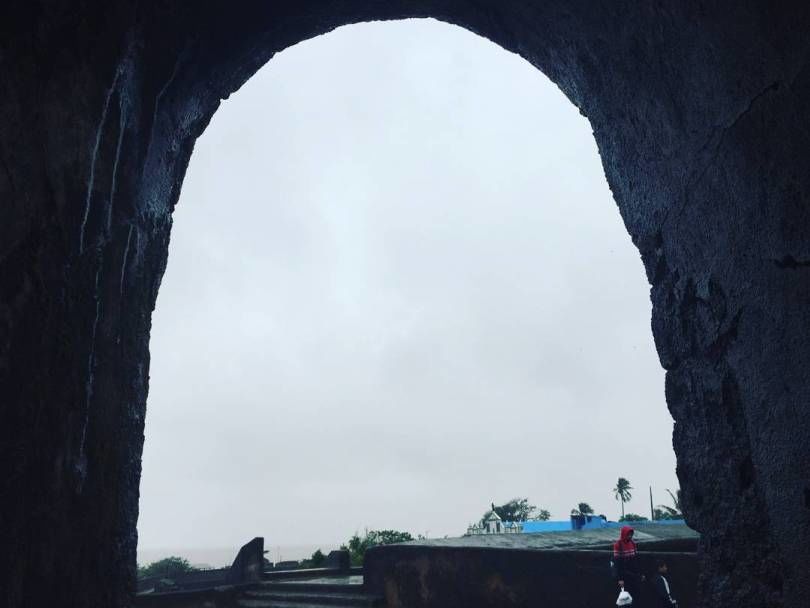 the ever so elusive Arabian sea , lighthouse on the other side. 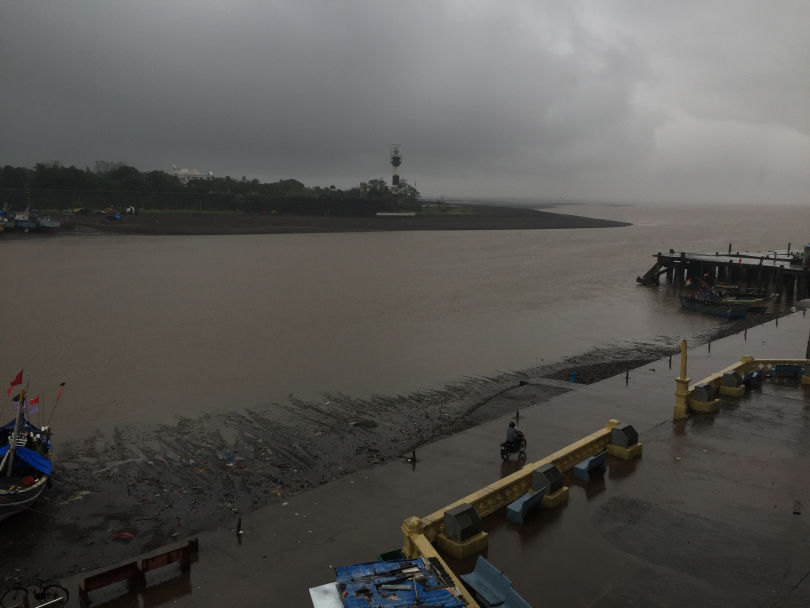 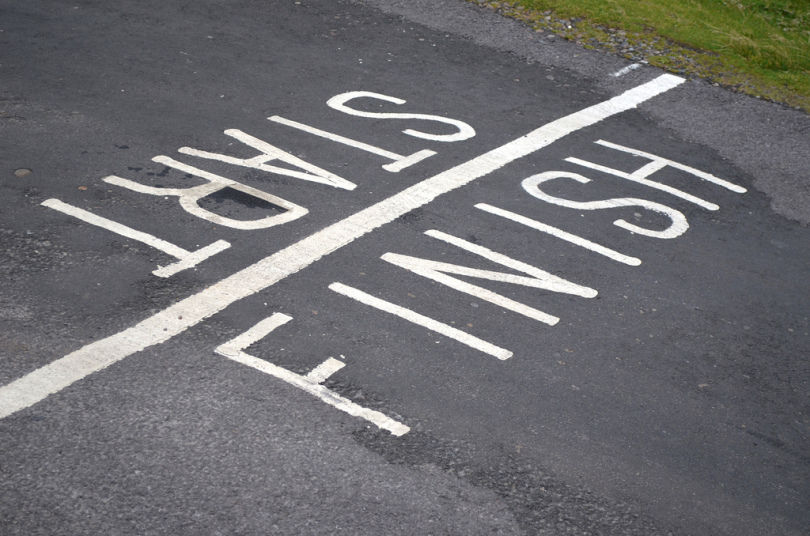 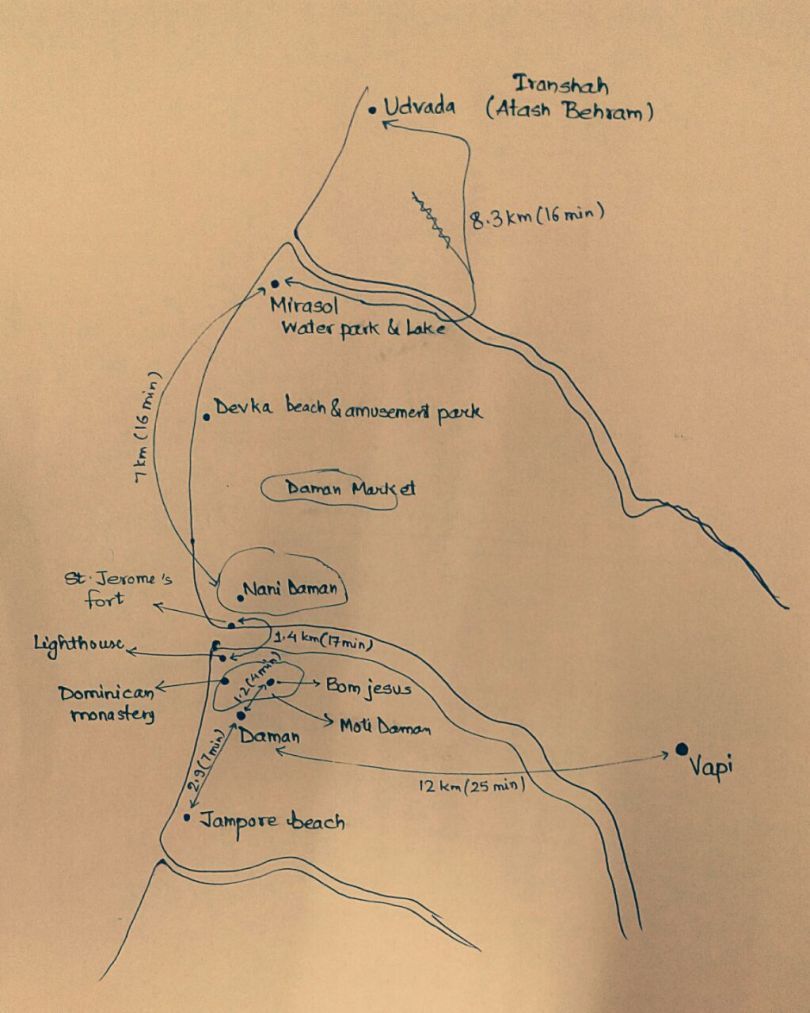 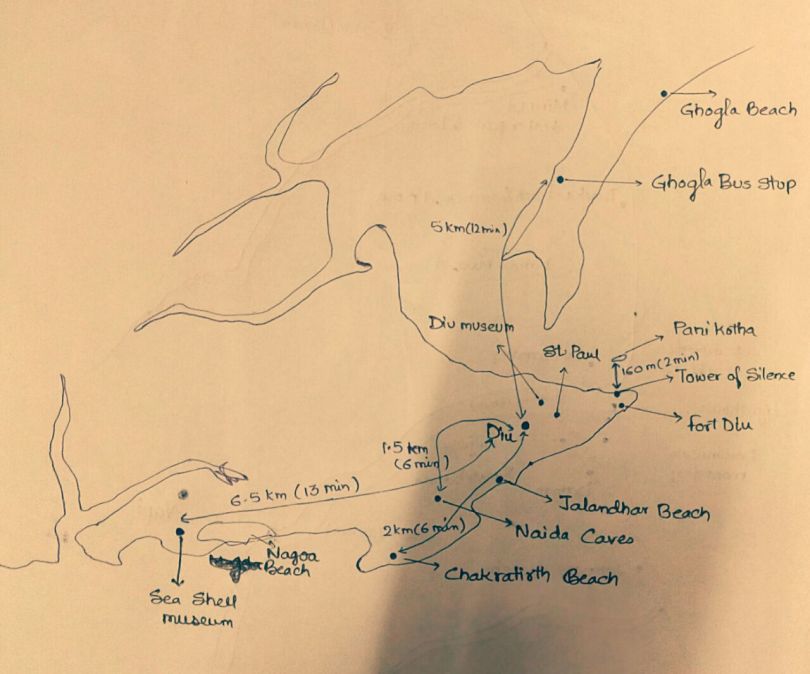 waiting for a light that never comes. 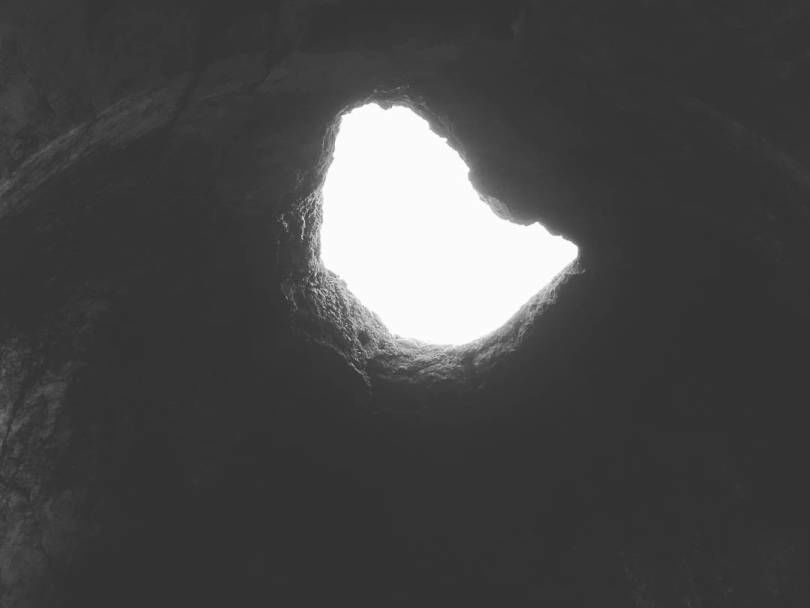 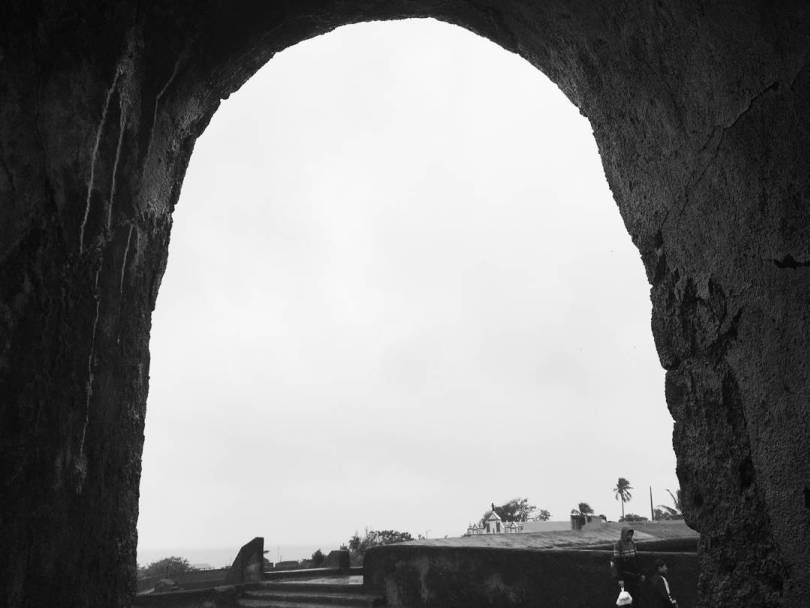 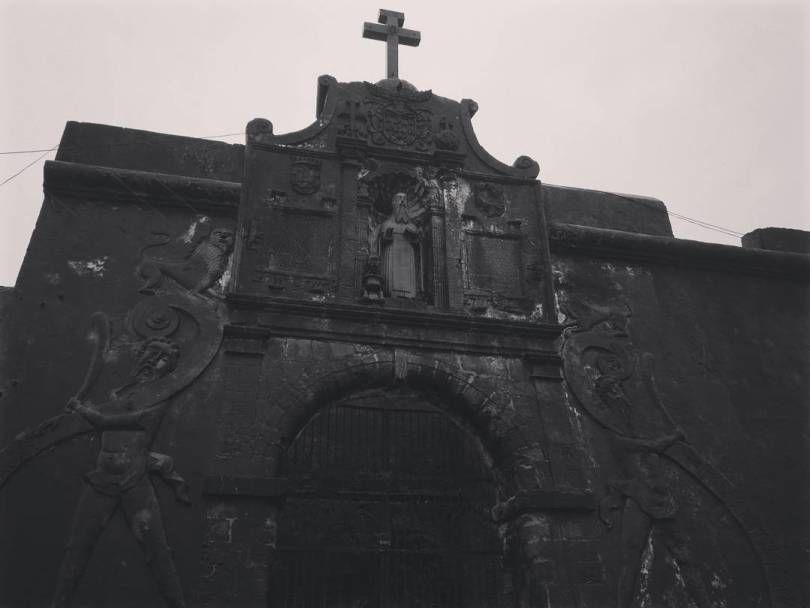 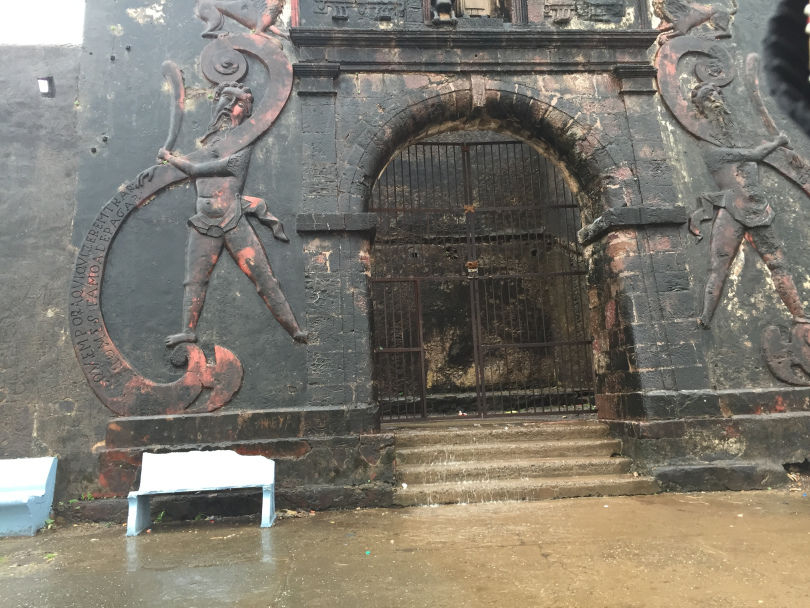 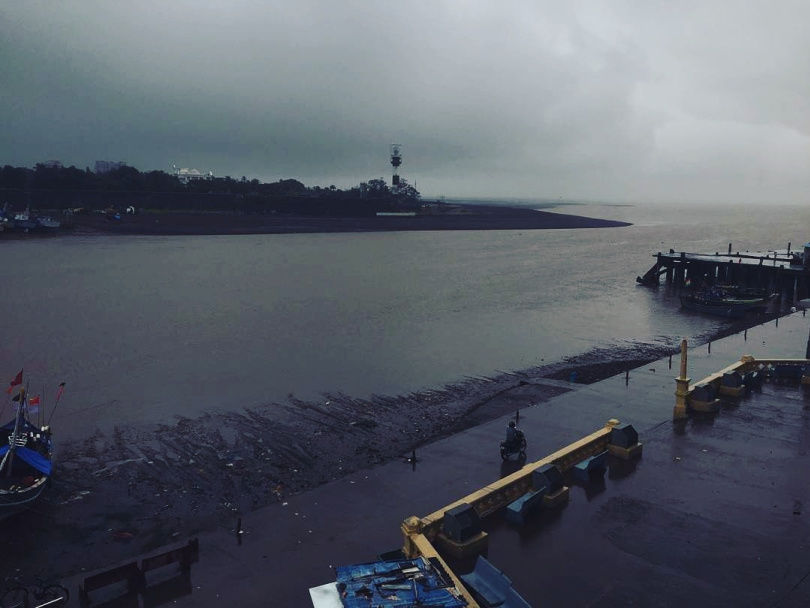 It rained … rained cat and dogs.

It rained … rained Abel and Cain.

An hour later , we were still waiting and again changed into our wet clothes. Jaded and worn out by impatience , a pack of six foolhardy youths ventured out into the buffeting torrent into the streets of Daman. The bridge seemed a bridge too far , we went for the bus stand asking the locals for the road.

the ever so elusive Arabian sea , lighthouse on the other side.

Earlier , at home , the least white , who was rumoured to be originally from Uganda , or Nigeria , had looked up google for Udvada , and google retorted – “Did you mean Uganda ?? ”

At the bus stand , we finally decided we had to give in , in the face of the unyielding Rain. Then began a desperate quest for the refund of the bus tickets. The two firms , which had issued us tickets through ‘Redbus’ were within walking distance , one of them within sight. After hours of fighting for the refund (for which we had petitioned earlier , 24 hours prior to the journey), we returned unsuccessful and had a hearty vegetarian meal at a restaurant called ‘The Veg’. The rates , being devoid of any taxes (for Daman is a union territory) were very , very reasonable. The drinks too , are very cheap , though we didn’t manage to get our hands on them.

We even sought out a hotel , and in the course turned up at the same very place at the taxi stand from where we had started. Exasperated and baffled by the labyrinthine streets of Daman , we gave up , and laughed hard of course.

All this while it was raining. We couldn’t continue to Diu , nor to Udvada . Disheartened by this betrayal of mother earth , we turned back homewards , drenched .

After a six-hour painstaking journey , a pack of six foolhardy youths reached Pune – the Queen of the Deccan. Some of us turned back to college while I , with the least white and Prat waited at the house of the Notsowhite . After a day whiled away outside watching a horror movie and roaming around the city , we walked back into the college.

Moral to be learned – a) Never , ever , count on weather forecasts .

hopefully , Lord willing and the creek don’t rise , the next journey would be a pleasant one. And… I will return to Daman and Diu someday , this bit is for sure.

waiting for a light that never comes.

“EVERYTHING WILL BE OKAY IN THE END. IF IT’S NOT OKAY, IT’S NOT THE END.”