Having been to Delhi before it is only up till now I have been able to appreciate what this city is all about. Every corner of the city echoes with its rich history, so hard to ignore!

In the Delhi chaos you find architectural marvels, which stand testimony of the times gone by. These monuments throw light on days where love was splurged in money and stones.

Mughal rule in India was a turning point for the country, especially in terms of architecture. The Indian skyline emerged with iconic buildings boasting beautiful facades, pillared verandas and huge lawns.

Inspired by Persian and many European styles the Mughal architecture is known for precision and symmetry. The intricate work, colours and design show the vision of the rulers and the craftsmanship of the people who devoted their skills to create masterpieces which will be remembered till the end of time.

Delhi and Agra have some stunning buildings but what stood out for me were the few below:

This fortified palace built by Shah Jahan brings alive the era of the Mughal court. The Diwani-e-Aam and Diwani-e-Khas are one of its memorable structures. I spent time here imagining what it feels like being a Mughal royalty. 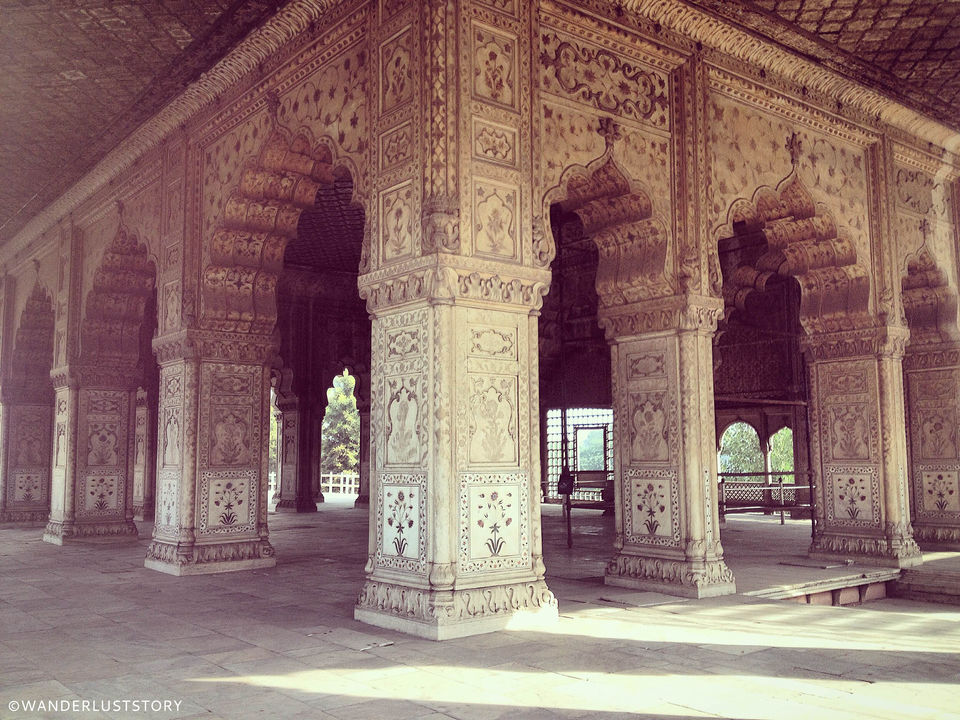 Built entirely of red sandstone and white marble, this complex is where the great emperor Humayan is buried. Built by his widow Banu Begum, the exquisite lattice work screen carved out of sandstone and the pietra dura floors make this place a stunning example of Mughal architecture. 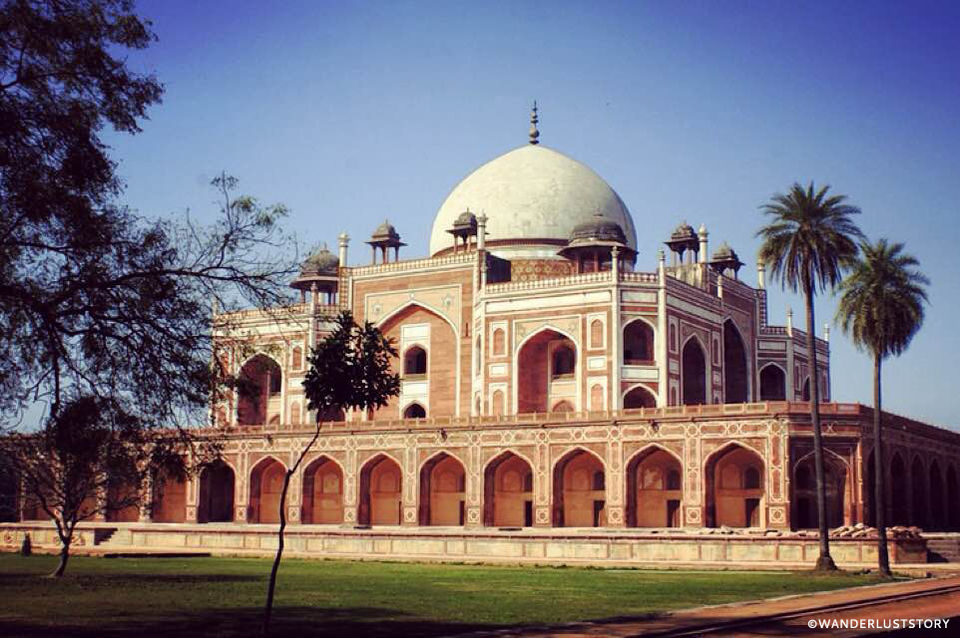 Here is where greatness lies! The tomb of Akbar is within the walls of Sikandra. With lofty gateways this monument is an absolute marvel. As I approached the interior of the tomb, what caught my eye was the rich ornamented stucco work, intricate calligraphy and carvings, mainly coloured in blue and gold. I could not take my eyes off the walls. Moving further, I passed a small passage that led me to the tomb of the emperor.

An emperor who could neither read nor write, but had the vision of many learned scholars today lies in darkness with just one lamp which reminds visitors of his glowing past. 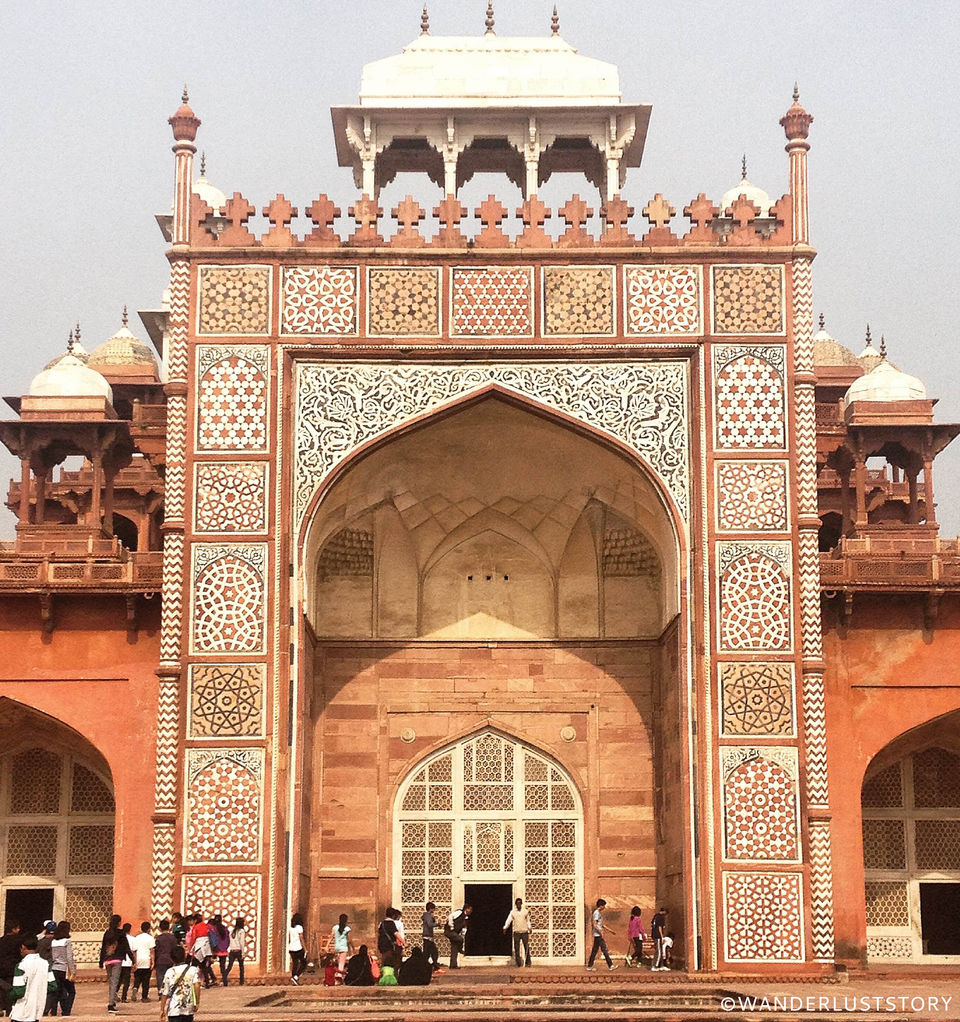 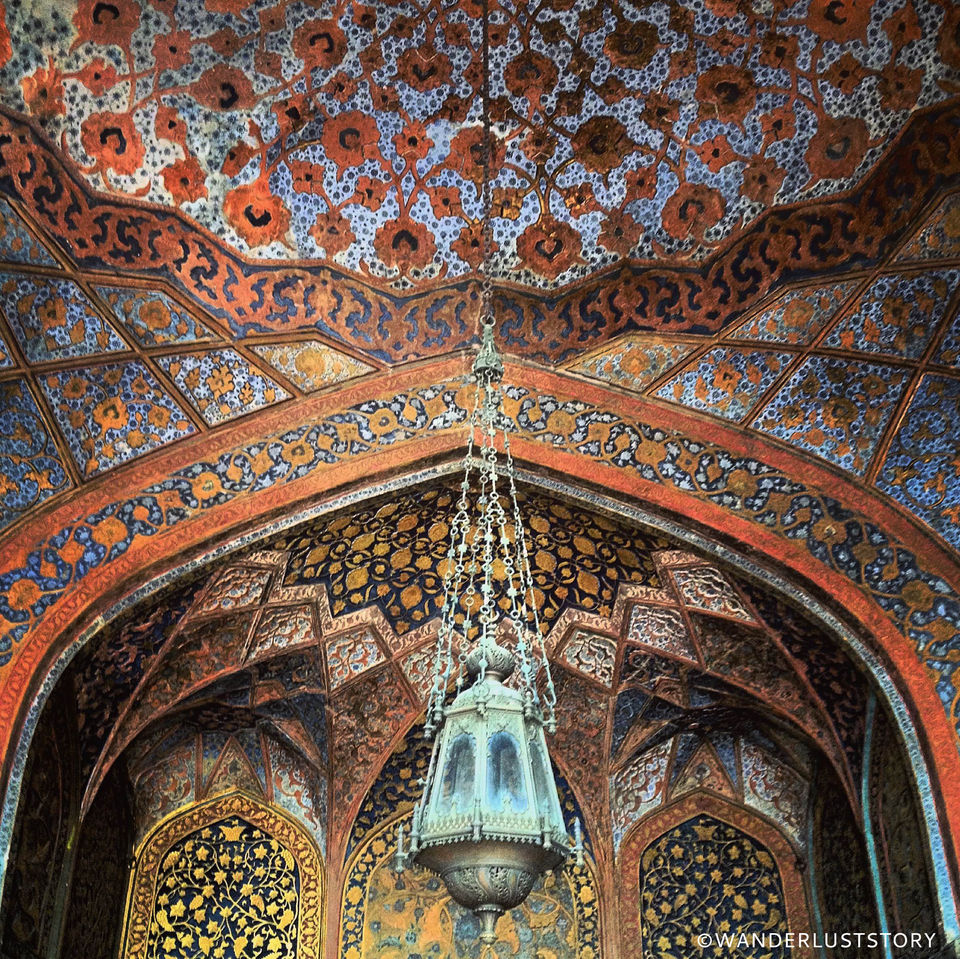 Considered as the first tomb in India, made out of white marble this mausoleum is a work of art. The legendary Taj Mahal reduced its importance among the tourists, but the glow of its white marble has not faded. Constructed by Noor Jahan, the wife of Jahangir, for her father Mirza Giyas Beg, this complex is a great example of Mughal’s love for art.

The entire tomb is decorated with floral paintings with mesmerizing colours, which left me in complete awe. This historical gem was like a studded jewel box extremely precious and rare. 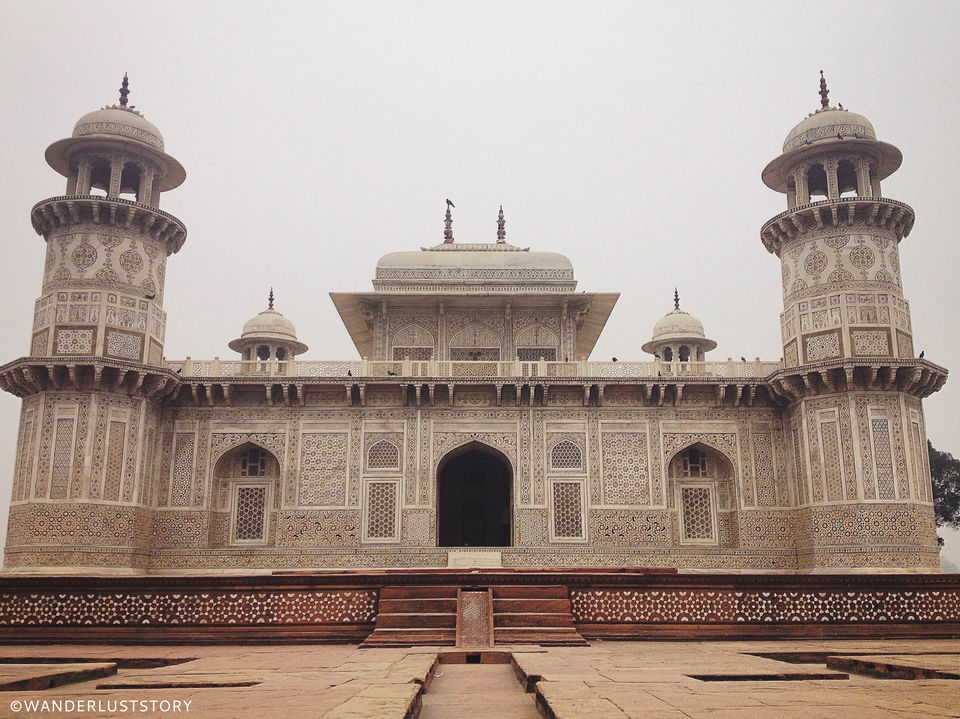 Described as the ‘Teardrop on the cheek of time’ once I entered the gate towards the Taj I was transported to another era. Surrounded by lush gardens and the compelling marble structure, even the air seems majestic. I was engulfed in my own thoughts for a while just trying to soak in the moment. The painstaking details: inlaid semiprecious stones and carvings and Koranic verse in calligraphy create an enchanting interior space.

Shah Jahan himself gazed upon the beautiful image of Taj until the end of his days. 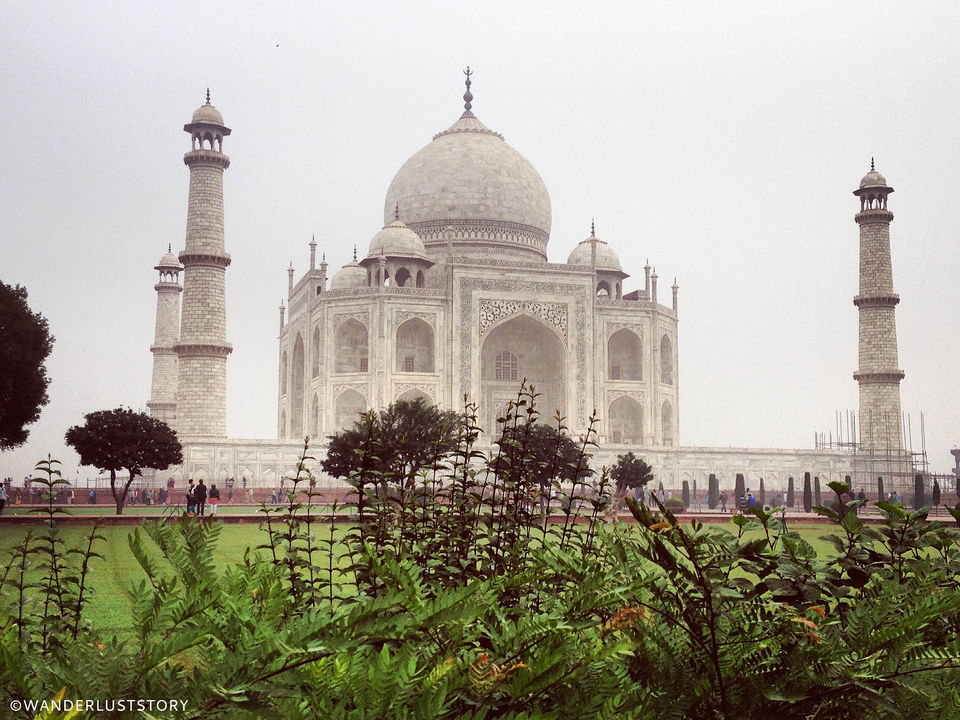 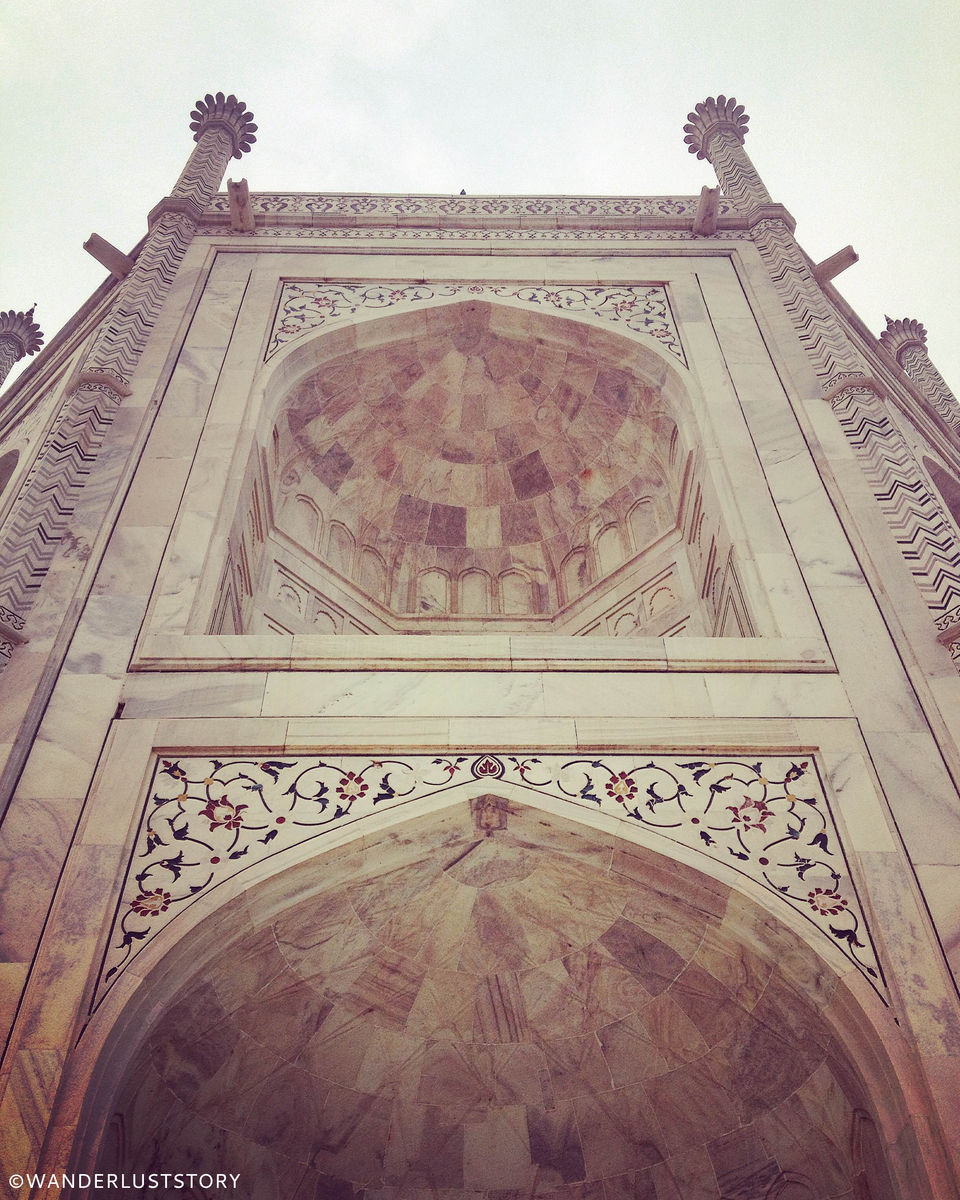 These beautiful structures for me are a tribute to the thousands of craftsmen who spent days and nights giving shape to the vision of the Mughal emperors. They truly were the gems of our bygone era.

For me both Delhi and Agra are cities overflowing with charm and culture. It has a unique attractive force, it welcomes you into its enchanting gates and all you leave with is wonderment.