There was something about Bangalore Literature Festival this year on a personal front. The last time I attended one was four years back and the memorable note was - I had quit my job just three days prior to the event. The attitude then was, while preferences do change, passion, of course is something else. My love for the written word is unbeatable. Today, both my livelihood and luxury depends on it.

I have managed to stay away from full time roles to keep my passion alive to write, build on startup ideas with words, support like-minded souls with content and be free for any creative pursuit or new learning, any time.

So while my visit to Bangalore was only for a month and keeping in view, this was the first visit after my relocation to Kolkata early 2017, I had a definite agenda and must do list. The sixth edition of the Bangalore Literature Festival (BLF) topped that list.

This year as the event was at The Lalit Ashok Lawns, the travel time was a serious concern. As we can be there only on any one of the days keeping our priorities and engagements in view, we quickly saw the festival schedule split in four sections across both days - #Speakup; #Speakout; The Red Couch and C | L | F (Children Literature Fun).

We chose Sunday, 29th October with the hope that the traffic will not be severe and we can just manage a few cerebrally stimulating afternoon sessions. We were there by 1.30 pm and therefore missed the launch of Rajdeep Sardesai’s book on Cricket and Girish Karnad’s thoughts on the world of A K Ramanujan.

We steered away from political debate and debacle completely. I was personally not keen at all and was away from Kanhaiya Kumar, Ramachandra Guha and the kind. I do not belong to that league and have no qualms to admit it. I am not sure if Kanhaiya qualifies to be part of the panel on Nationalism, Populism and the Threat in the first place– Many think he does and that’s the end of story. Politically charged sessions was too taxing for my brain as it was just geared for some fun moments

So I, the lesser mortal with poorer intellectual material had to shift to lighter zones of the festival.

I was with author of many books Lakshmi Menon who is also quite popular for writing children books and manages this. I was mindful to attend at least one session on writing for children. So we settled in the front chairs not just for a closer view of Reena Puri and Ranjit Lal, in conversation with Sudeshna Shome but to avoid the shining 1.30 sun.

One can imagine the interesting mix, with one talking for Mythology and traditional writing, while the other contemporary writer was unable to relate to it and admits that he has zero knowledge about mythology. The editor maintains that the medium Amar Chitra Katha helps children acquaint themselves to Indian heritage and heroes, Ranjit, on the other hand, was content to write about more pressing issues like Dementia or abuse of daughter by her own father. The talk covered all of this and more.

How to manage to stay relevant to the prevailing time?

How to you choose topics?

The festival was seriously a nice, mixed bag of personalities with over 120 authors there - Many first timers, many voices, many topics. 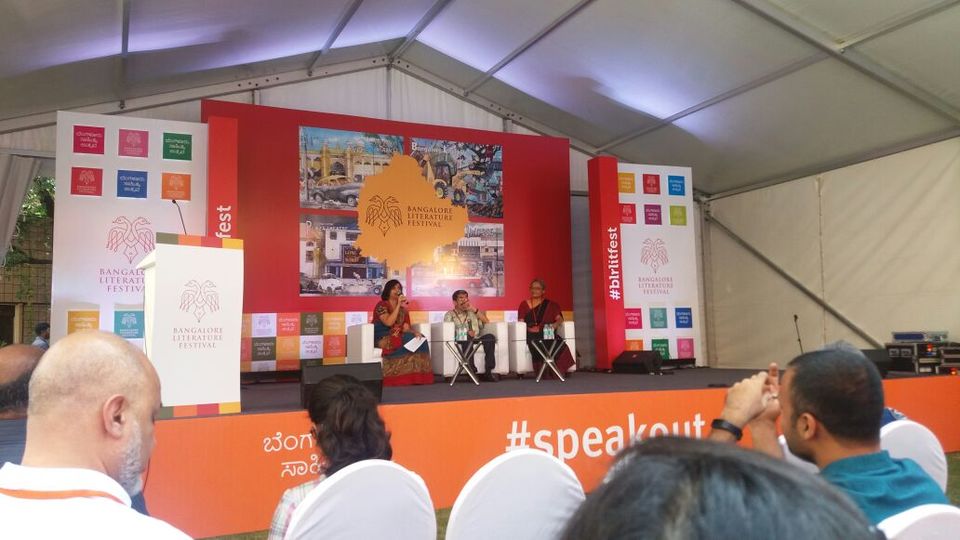 I am not really an ardent follower of her columns or her books. In fact I have not read any of her books however the one person I was actually looking forward to hear - that made me transverse the long distance from my residence in South Bangalore to The Lalit was – Twinkle Khanna. I like her personality, humility and how she established her identity to be somebody by her own right, regardless of where she hails from or belongs. She did not disappoint me at all – Her wit, humor, sense of timing was just perfect and fantastic throughout. 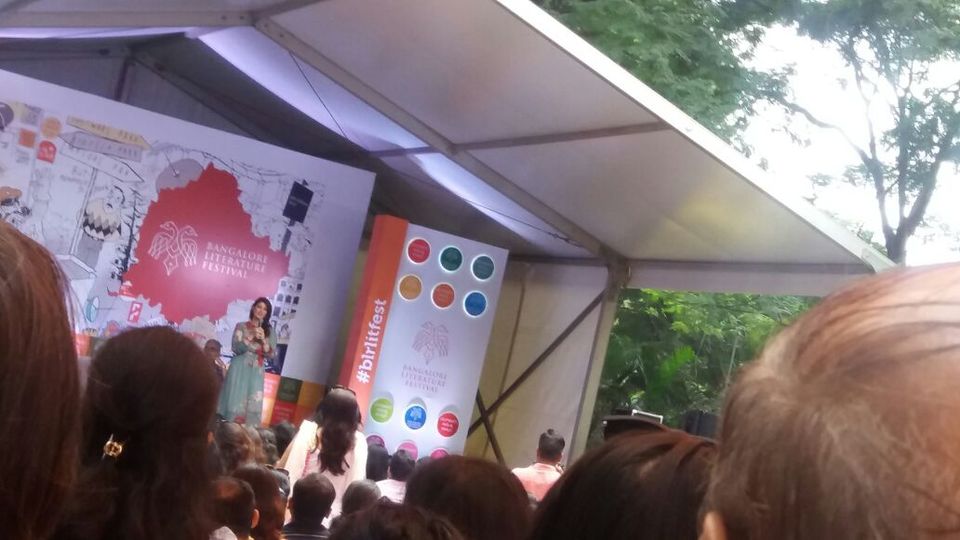 She had amazing audience reaction when she described her frustration with her mother who always seemed to miss the bright side of her achievements and pointed out her petty flaws. She once countered back – “Wish my mother was Hema Malini, at least I would get a Kent RO for free”. Twinkle’s diplomacy to declare Orange is the new brown made the audience roar with laughter.

Immediately after this chat with Darius, she was available for a signing session – I tried to buy her Legends of Lakshmi Prasad. I was keen, knowing one of the short stories Salaam, Noni Appa was converted to a play directed by Lillete Dubey with one of its initial shows happening right here, in our very own Bangalore. No wonder, when we went to the stall to pick a copy, it was sold out. Not to forget it was for this book that she won the popular choice award, in the sixth edition of Bangalore Literature Festival. 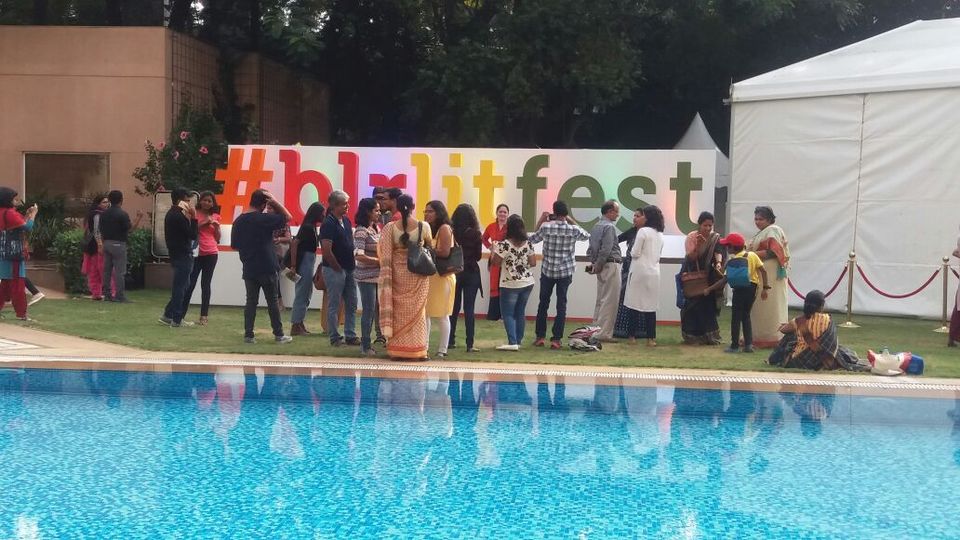 There is always a next time. And of course the ever growing digital means that makes the world smaller and access easier.

Crown Plaza, near Electronic City was a better venue - the one I attended four years back. At least they did not have a private party on the same day, in the very same lawn adjacent to the festival playing loud music leaving the audience struggling to hear the conversation in progress. 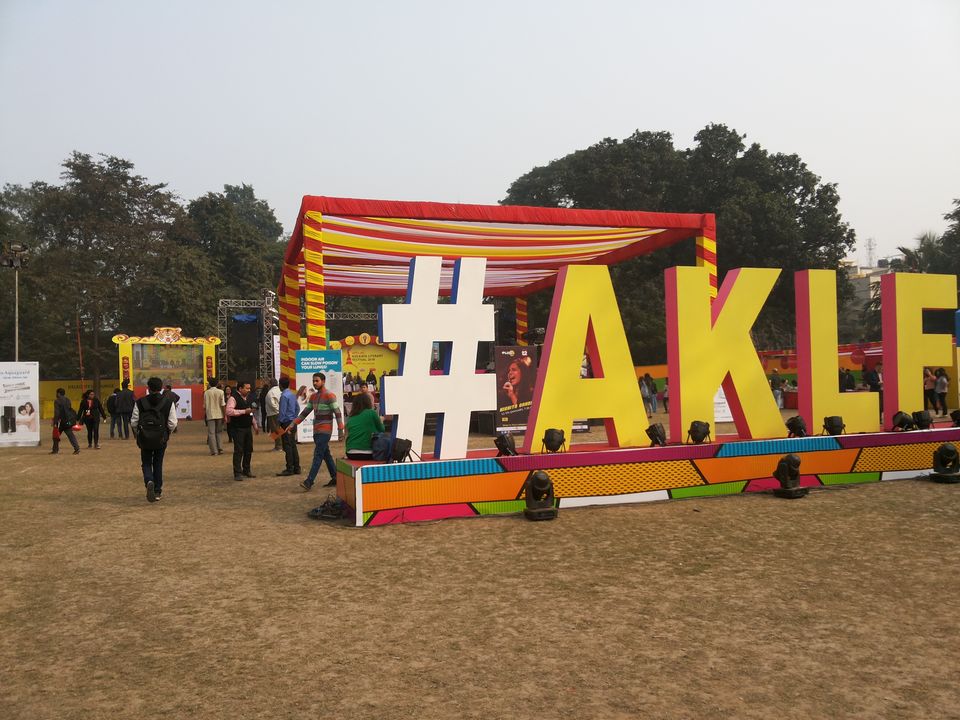 Food for thought/ soul or Food for Stomach? 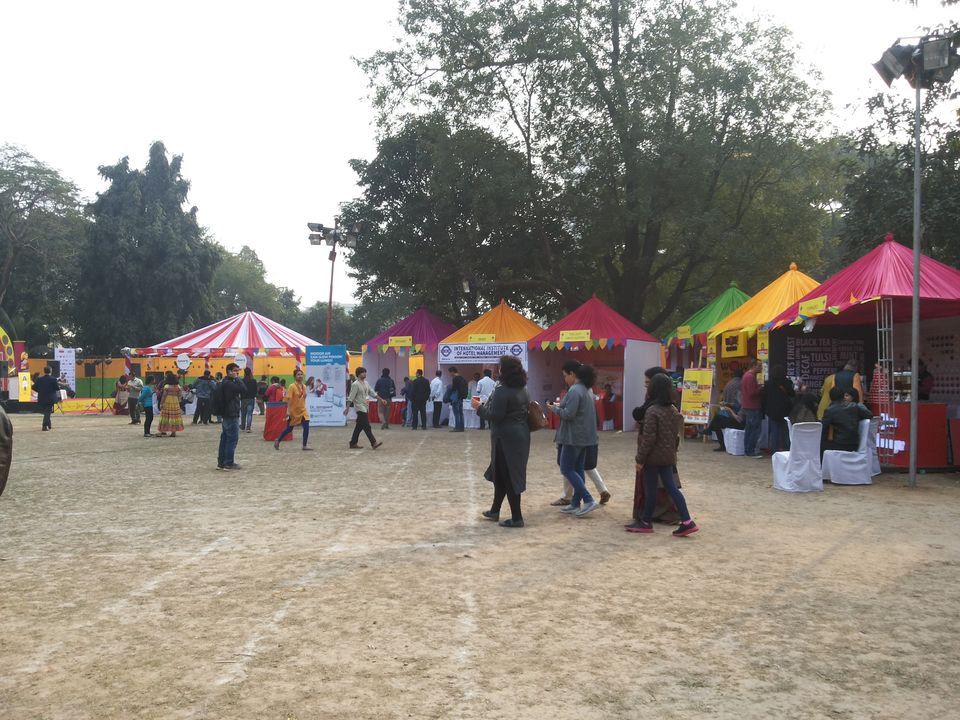