I always knew it was not going to be easy. Trekking and camping at altitudes in excess of 12,000 feet and in temperatures below -20 degrees Celsius were the main obstacles before us. On one hand were these hardships, these trials of nature and on the other hand, the glimmer of hope that we would be blessed with a glimpse, however fleeting and distant, of the 'grey ghost of the mountains'. Neither the depressingly low temperatures nor the tall, imposing mountains seemingly devoid of any life could smother our hope.Going to Ladakh for the snow leopard expedition involves flying to Leh, acclimatizing for a couple of days and then driving the breathtakingly beautiful road to the Hemis National Park. The Hemis NP is this humongous smorgasbord of gargantuan peaks, deep valleys, vast ravines carved by millennia of glacial melt-off, sparkling streams and icy glaciers! It is an idyll, magnificent and immense. As we entered this fabled land, the scenes were dramatic. On we walked through the gorges carpeted by frozen rivers, through mighty mountains and into the heart of the snow Leopard's kingdom. After pitching our alpine tents in the snows of the Housing camp and drinking mugs after mugs of steaming hot tea to beat the chill, we set off! The next one week that ensued was cold, dreary, intense and unforgettable! We were in it and now there was no getting back!One of the best places to see a wild snow leopard, the Hemis NP has a few local Ladakhi spotters who follow the trail of these most elusive of cats and track them. I'd like to mention here, dear reader, that these locals are as good a climber that you would ever come across. They are India's answer to the Nepali Sherpa. Off they bound over steep ravines and jagged cliffs for that wishful better view in their eternal quest to find the Phantom of the mountains. It was all possible because of these trackers.On the other hand, a few hours into the expedition and we were already clasped by severe cold. Cold such as I had never experienced before. Cold that penetrated 6 layers of thick thermals and woolens to chill our bones! Cold that made our fingers and toes immovable and our minds listless and vague! A hundred times did the thought of going back to the comfort of Leh pass through our fatigued bodies and each time that inexplicable passion and the irrational love for the wild come in our way. It was a case of the heart gloriously triumphing over the brain. Bruised, numb and hungry (you lose appetite at high altitudes), we kept on hiking and trekking through that gorgeous yet cruel icy land! The dreary monotony of ice, snow, bare and barren mountain slopes was every now and then punctuated by a sliver of green, oh yes, a few trees did survive the Ladakh winter! Our only respite used to come in the form of the sun at noon and steaming mugs of 'chai'. Nights were even more torturous. Sleeping in cold, damp tents, shivering uncontrollably through the long hours of the night, waiting, praying, for the sun to show up. Never had I wished for the sun so fervently!And then, a couple of days into the expedition, one of our local friends who supplies tea and victuals to one of the groups, reached the Rumbak village where we were following a fresh trail of the Snow Leopard and who looked utterly breathless and apparently excited, gave us some good news! A couple of kilometres in the valley, along that famed hiking route to Zingchen, was seen a snow leopard! I cannot do complete justice to the emotions that passed through us then. A surge of electricity passed through our drudged bodies. Fingers were suddenly moving, the cold subsided and on we marched our excited ways to the supposed spot where the cat was. And sure enough, sitting high upon the cliff, behind a huge boulder and partly screened from our site lay sprawled the most magnificent feline I have ever had the good fortune of laying my eyes upon. Sitting indolently, oblivious to all the frantic souls jostling for a glimpse of its charmed visage, the snow leopard was a real beauty. It was surreal, almost dream-like. At this time of sublime proportions, let me take you back to the grave realities of the difficulties of the terrain. The only place from where the cat was visible was through a small strip of the frozen river. This was a huge sliding mass of ice, sloping and slippery, and thus walking and maintaining balance was an ordeal. We slipped, fell, bruised and hurt ourselves and carried on.As the afternoon progressed, the gorge was charged with tension, the atmosphere electrified. The evening winds had started to blow across the Himalayas, and with it accompanied a chill so severe that our very saliva froze in our desiccated mouths. What followed for the next couple of hours or so involved the snow leopard yawning twice, looking at us thrice with utter disdain, stretching his limbs a great number of times all complimented by long minutes of sleeping. The restive cat was giving us ample photographs. But, such is the nature of human greed that we wanted more. We pined for the ghost to walk those icy slopes, climb over the looming promontory and up the mountain. We wished for something more dramatic, something that would be remembered for eons thereafter.And then, the snow leopard abided. Call it destiny if you may or call it luck. The following ten minutes after the cat finally shook its lazy self and started walking were magical.It was nearing evening and the mighty Rumbak valley was bathing in the last rays of the sun before plunging into the intense cold and dark. The mountains and the snow glowed brilliantly in these final moments of light.

The snow leopard had started walking up the ridge and soon would pass on to the other side and into the deep interiors of his chosen kingdom. There was something bewitching, something mysterious about that scene. The frigid air hung low with tension, its icy grasp engulfing us all in a sinister way, the few strands of grass eerily taut. The entire mountain knew of the preternatural presence of the grey ghost and even the lifeless rocks and the dumb boulders seemed alive. The entire valley was breathing. The snow leopard carried on with his uphill saunter but every so often stopping to have a look at us. Till the end of my time I won't ever forget those electric blue eyes staring into me. Something deep, an inexplicable surge of emotions, ultimate joy such that cannot be fathomed in words passed through me. I knew, at that charmed moment, in the enchanting mountains of the winter, in the very heart of Ladakh, that I well and truly belonged to the wild. Seconds later, as his head and then his bushy tail vanished into the setting sun, as the gorgeous animal evanesced among the never-ending mountains, we made our jubilant ways back to the camp, but not before the creature had made a tiny place in our minds forever.

All those days of hardship and surviving the cold had finally borne fruit. As I sat in the flight back to Pune and flew over those glorious Himalayan peaks embraced by snow, I had a smile on my face. Hours later, as I sat in warm Pune with an aching body and a gratified soul, and as I penned down my memoirs from that most spectacular of places, the enormity of the situation fully dawned upon me. I had seen 3 wild snow leopards. What a sense of satisfaction, what intense elation! Thus ended the 7 most difficult, and yet ironically, the most rewarding days of my life.

I would like to thank Beyond Wild for reposing faith in me to lead this expedition and for Mother Nature for giving me joy, as always!

It is a high altitude national park nestled in the Ladakhi mountains and also the best place in the world to see a Snow Leopard! 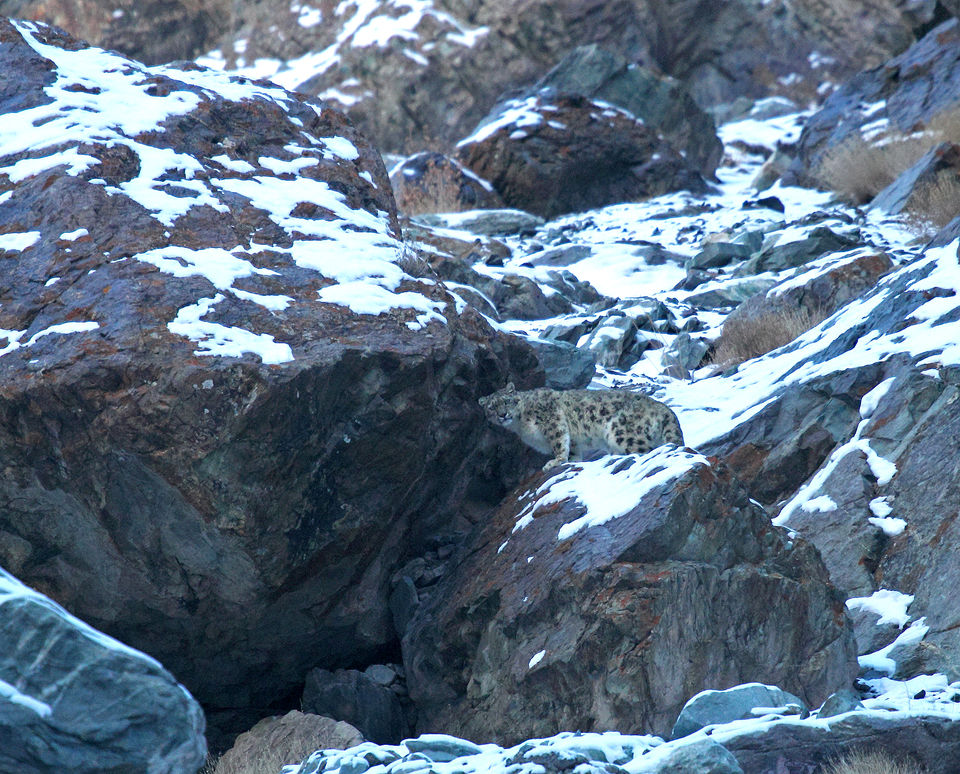 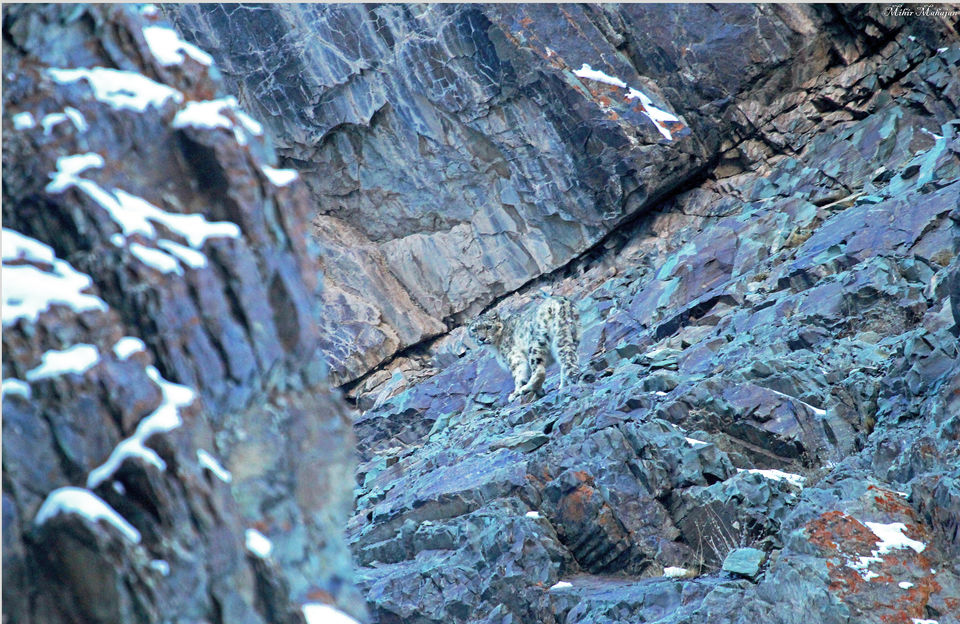 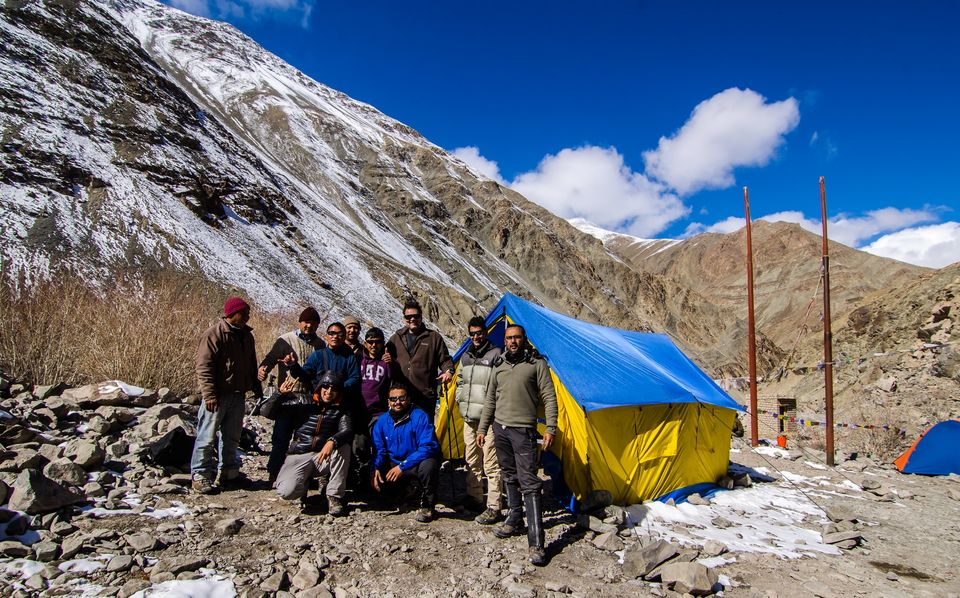 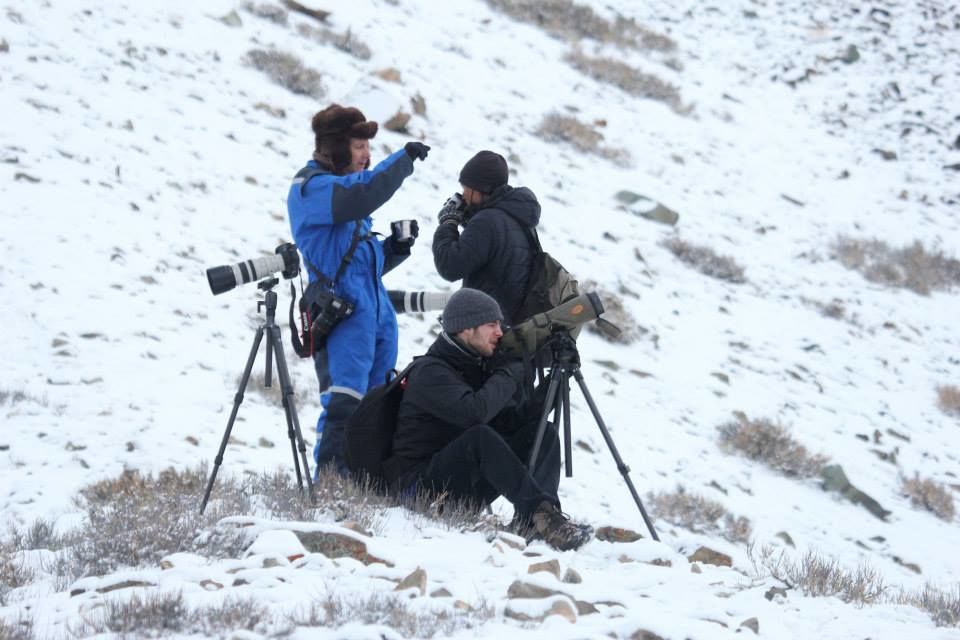 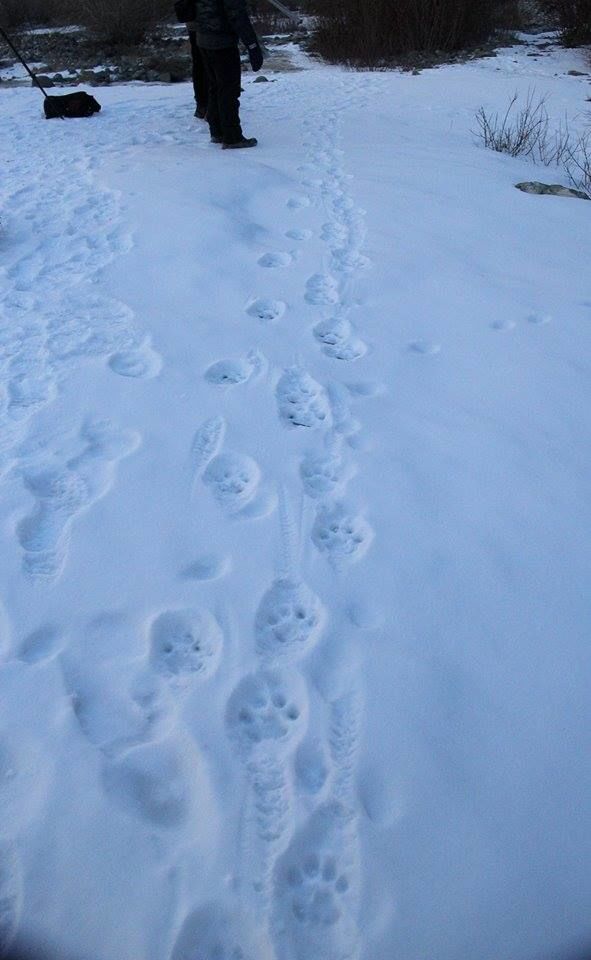 Leh, the gateway to the high Himalayas! 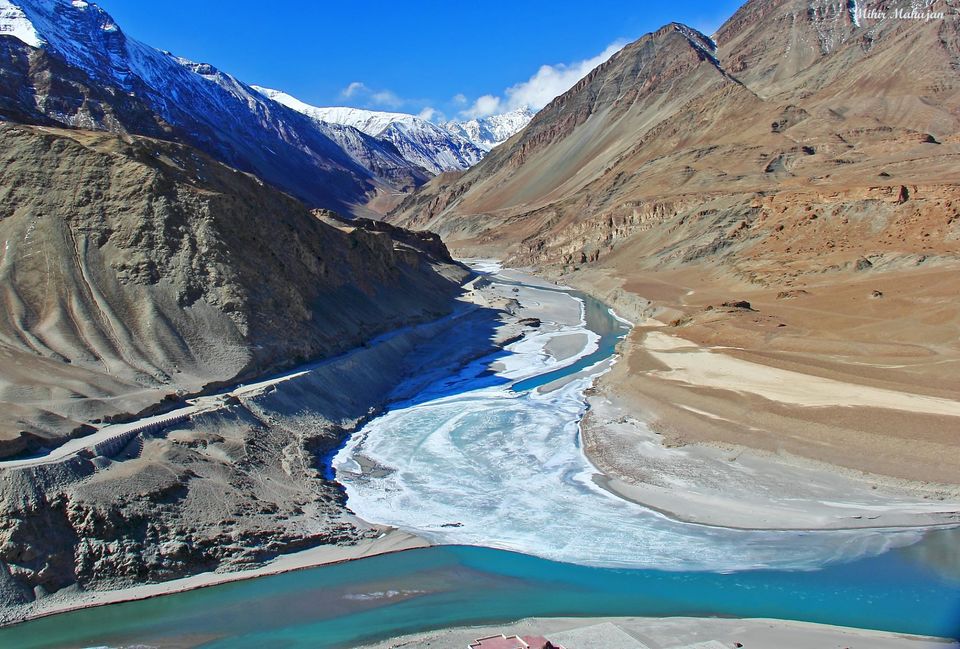