I reached the place, Ludhiana, where I wanted to be as I needed to pick up my sleeping bag and jacket from a friend of mine which I couriered him while I was in Kerala and also, I thought of going to Chandigarh by bus which is just 90 kilometers from Ludhiana to meet my younger brother to whom I had to give few items I had been carrying from the starting of my tour but found out that they were of no use. So, I went to Chandigarh keeping my cycle in Ludhiana only at my friend’s home.

Chandigarh is a very well planned city where you can easily get confused on roads as which sector is where. I found Chandigarh police to be very strict, cutting “chalans” for any single mistake by drivers. They were present everywhere, on almost every road I found them. I made a visit to the famous Rock Garden and Sukhna Lake.

Rock garden is where creativity was at its height. It was the mind of Shri Nek Chand that gave birth to the rock garden. Rock garden is divided into three phases and a major expansion plan is underway. It seems that this area has come up out of debris as the materials like broken bangles, plug points, etc. were used to build structures and they have been put into use very well. Its premises are like a labyrinth from inside with narrow alleys from in between rocks taking you more inside the garden.

There is a small but beautiful waterfall inside. There are various forms of rocks placed inside and structured into a very wonderful way that can leave you spell bound. There is a big aquarium inside the third phase of the rock garden and laughing mirrors. Laughing mirrors are normal mirrors shaped into concave and convex which distorts your body shape. These mirrors make your legs long, makes you look lilliputian, a mirror elongates your face and there is a mirror which makes you appear as if you have four hands. I came out of the rock garden quite amazed and after basking in the imagination power of a man.

I then made my way to Sukhna Lake which is a recreational area for the localites and for tourists. You can do paddle boating in the lake & at the backdrop of the lake is Himachal Pradesh mountains making it a beautiful picturesque view.

My visit to Chandigarh was quite refreshing as I got to meet my college friends and my younger brother after which I again went back to Ludhiana. 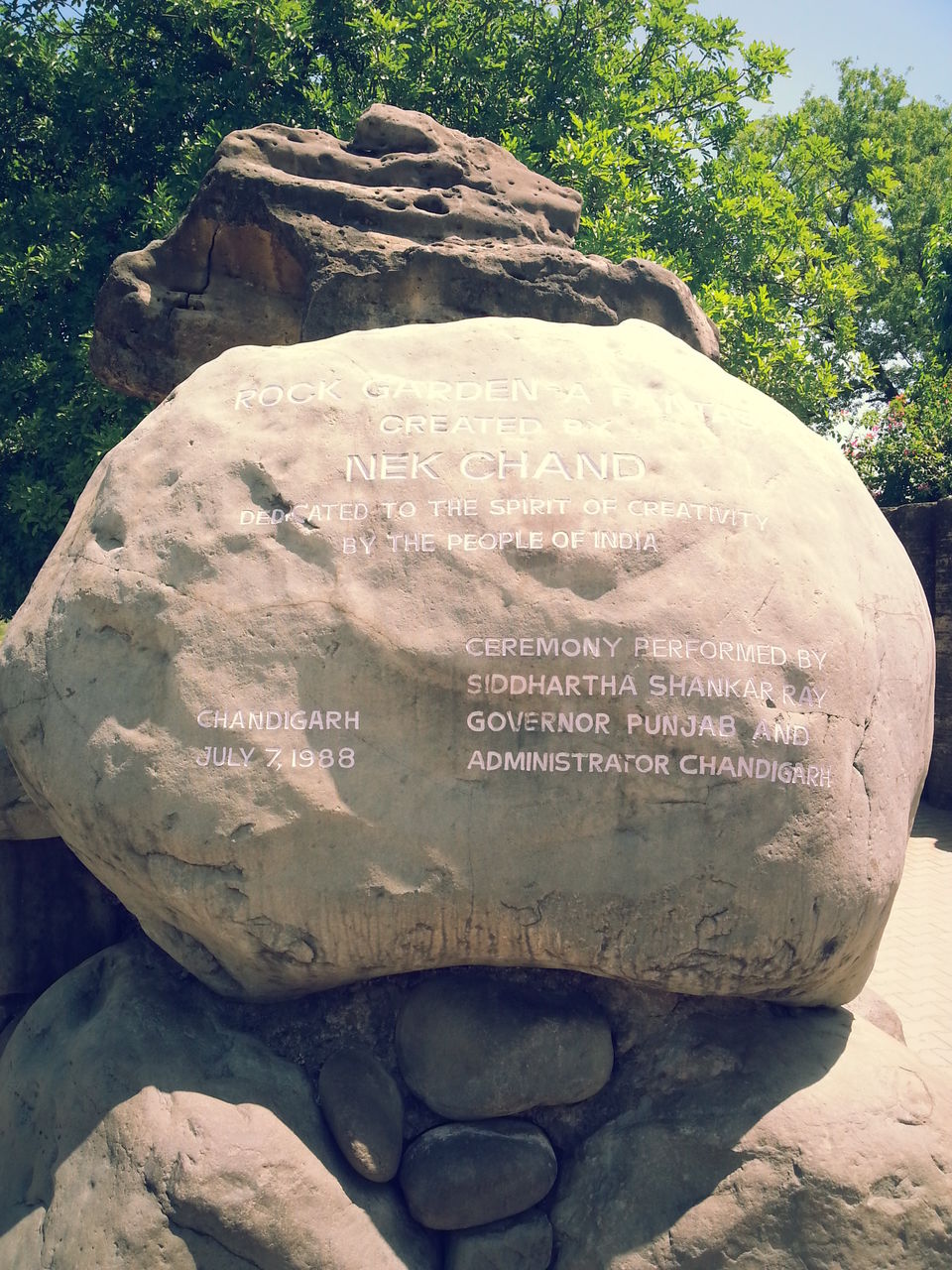 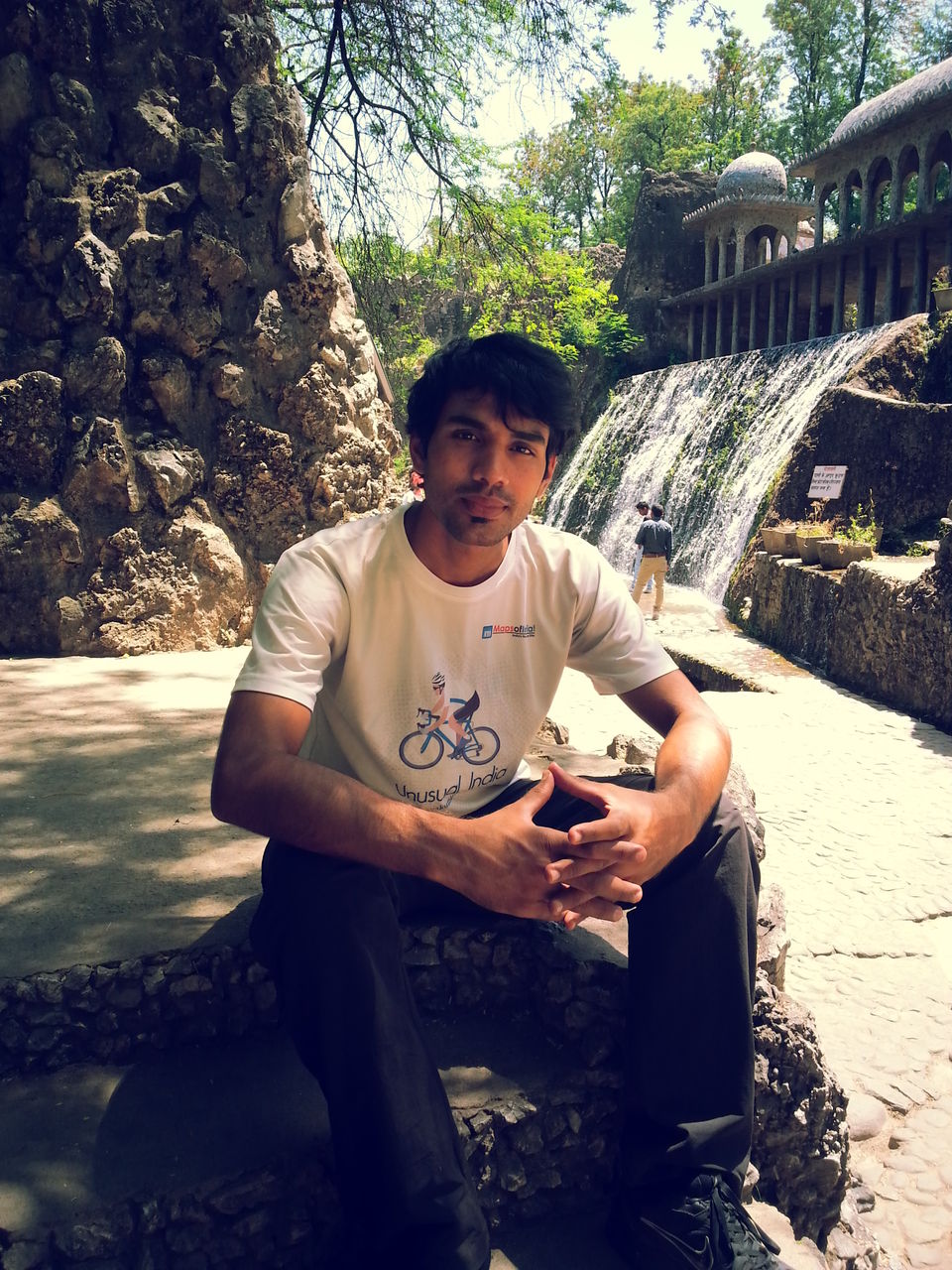 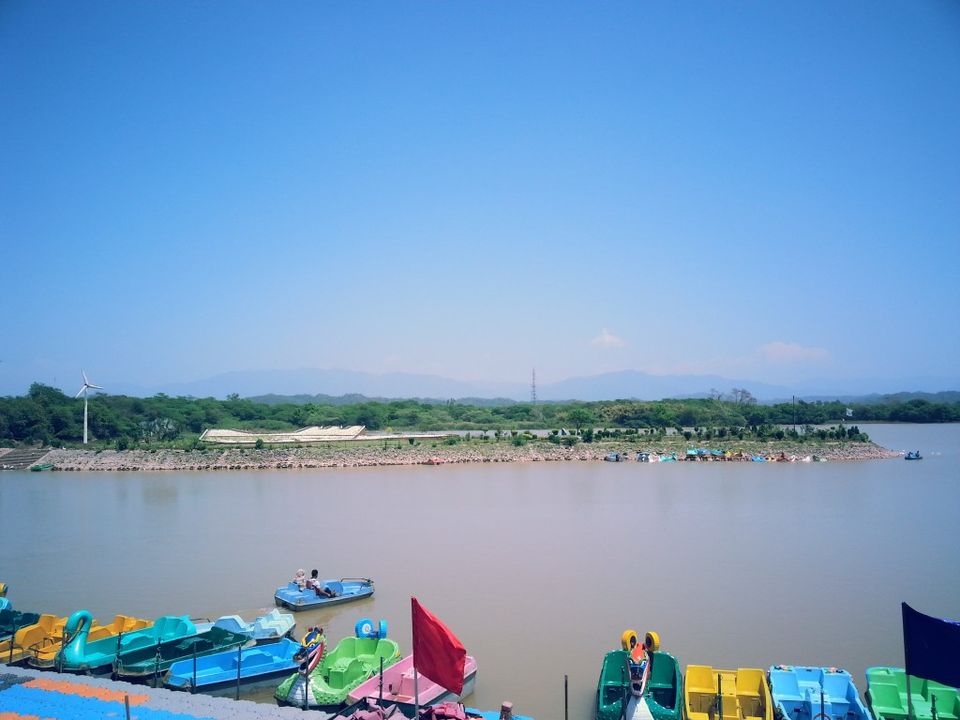