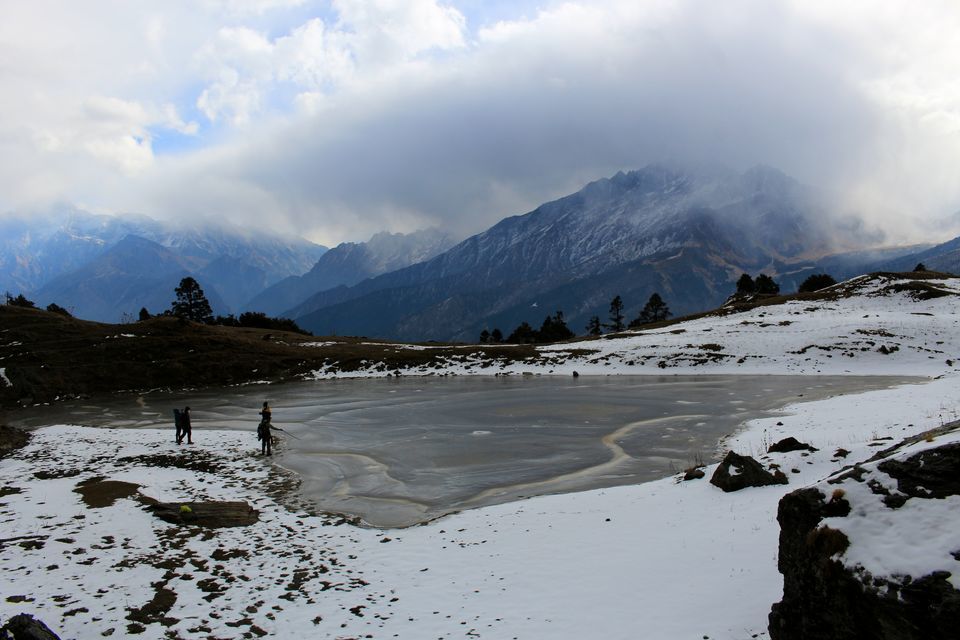 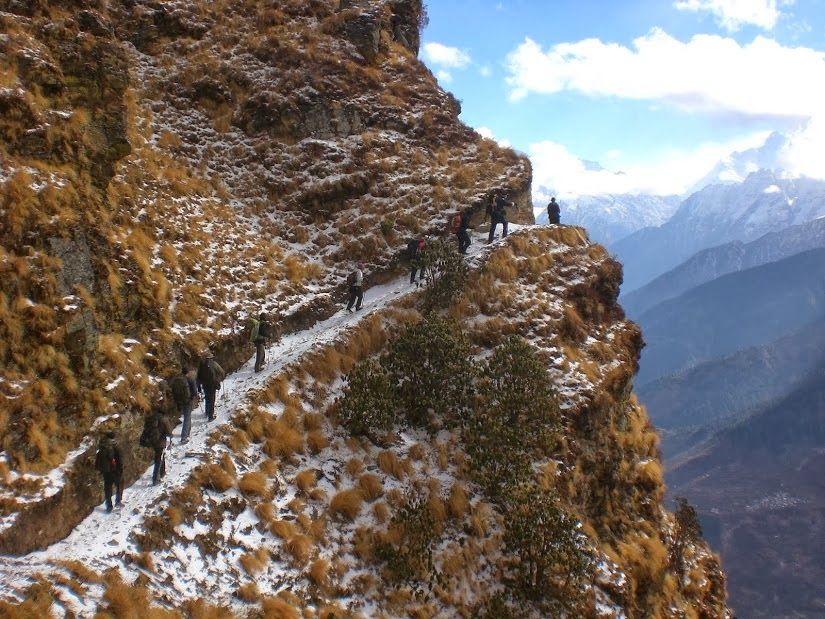 These routes have no end.. 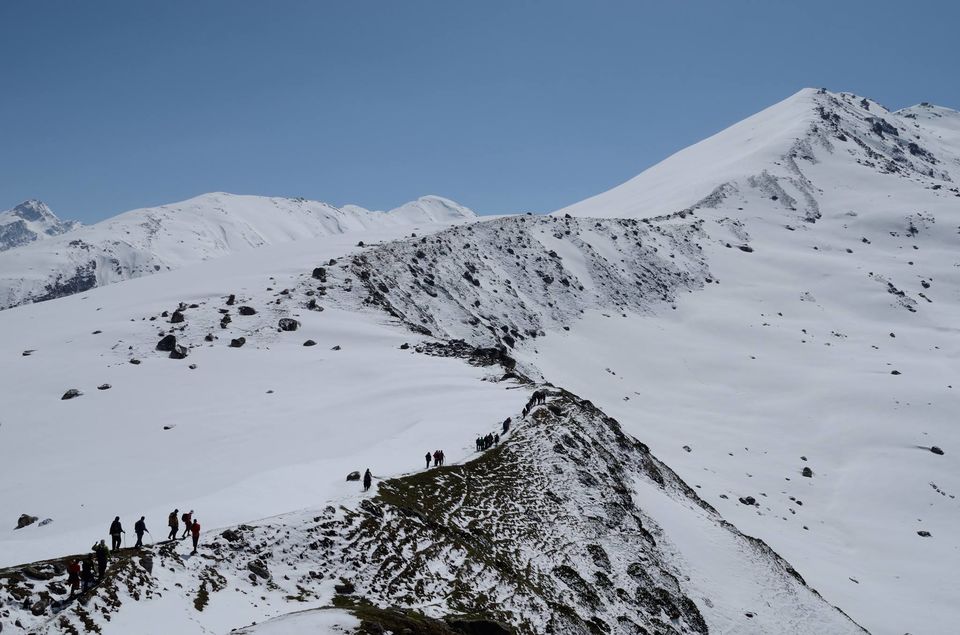 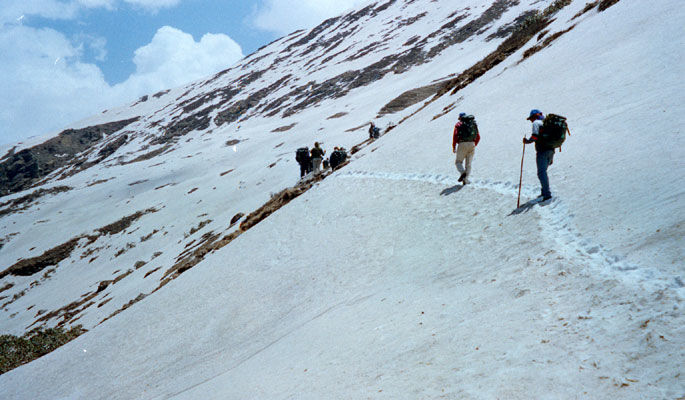 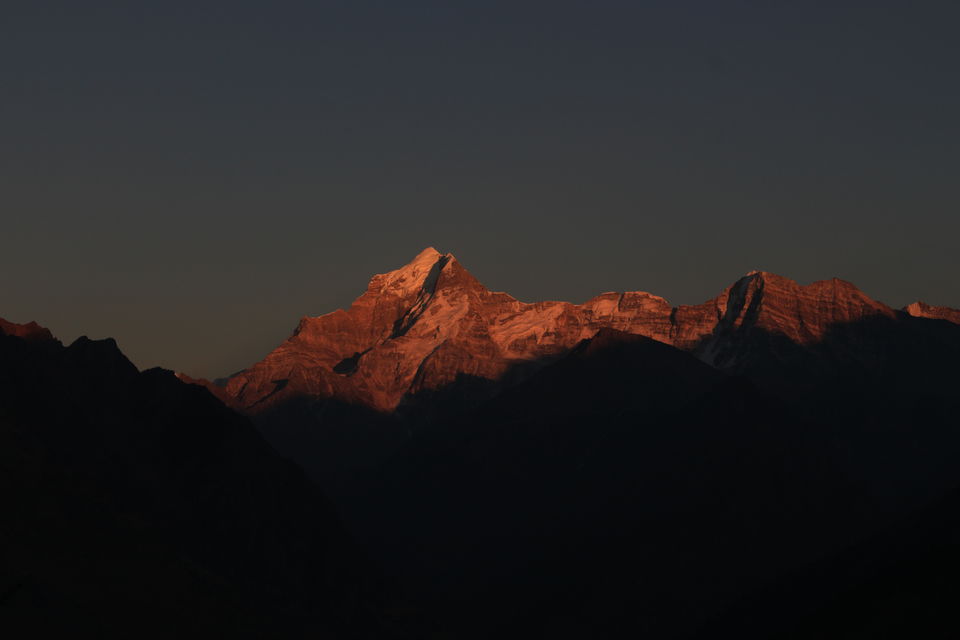 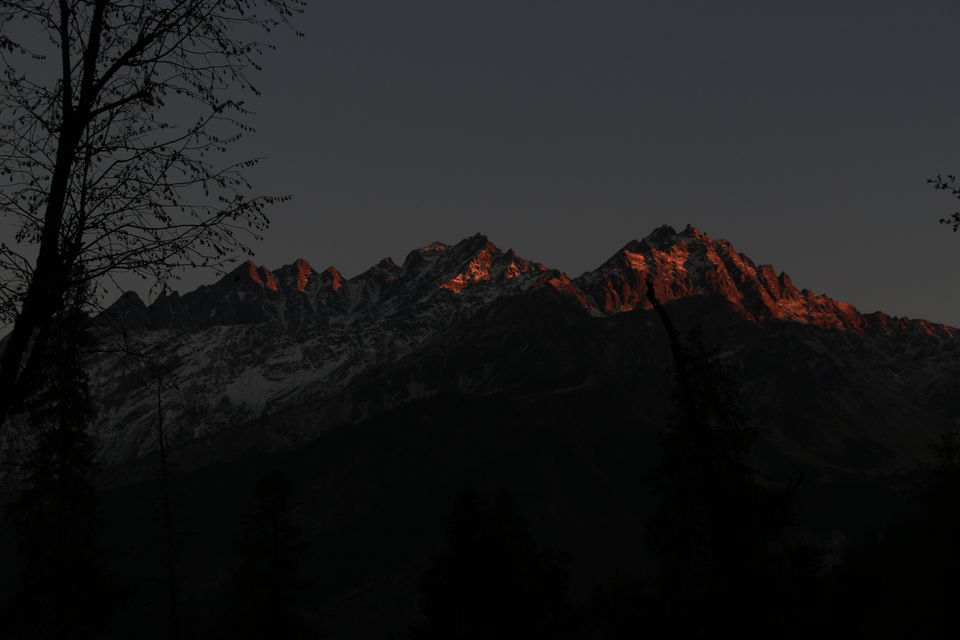 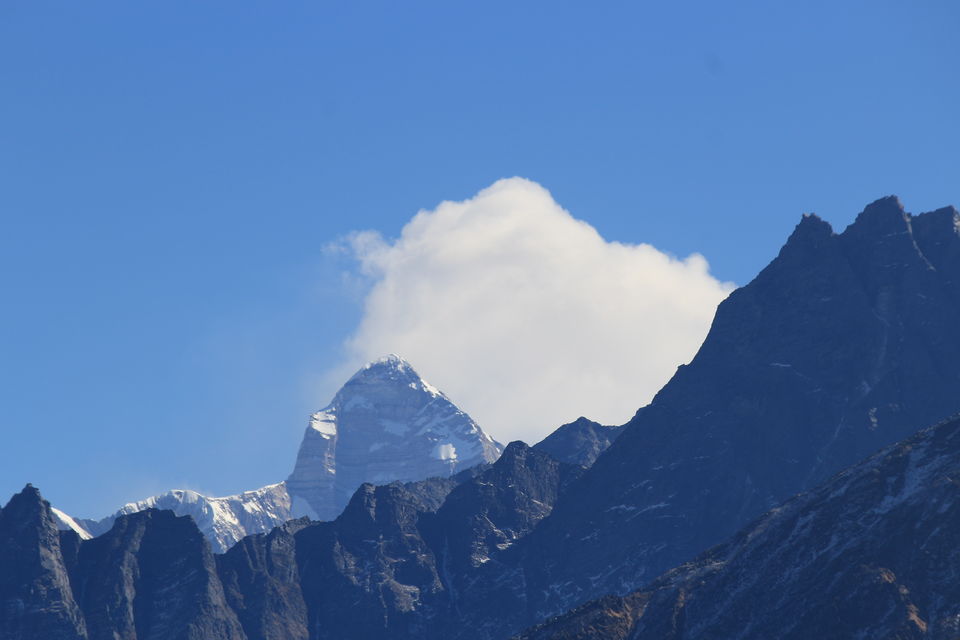 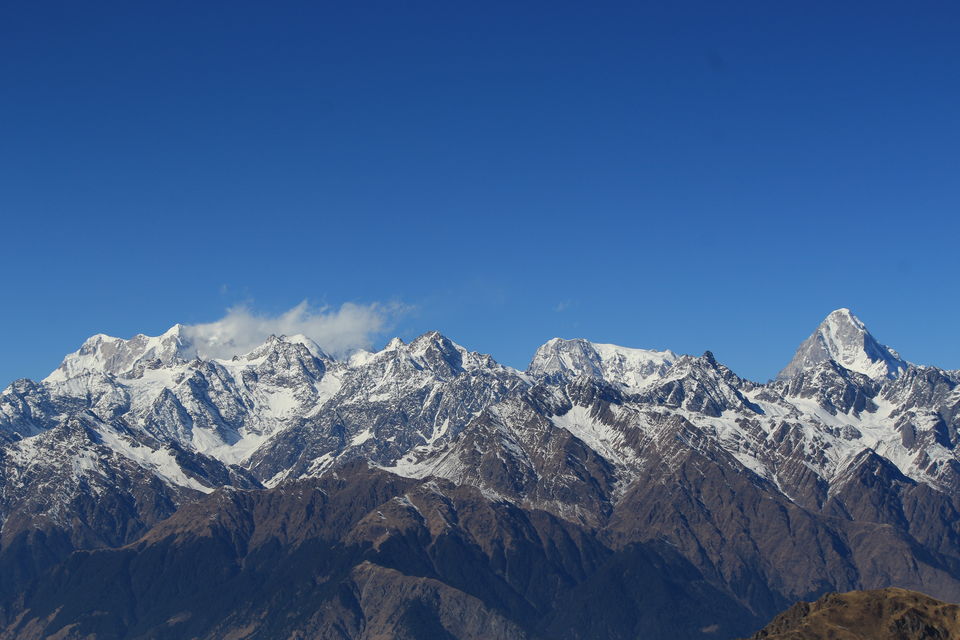 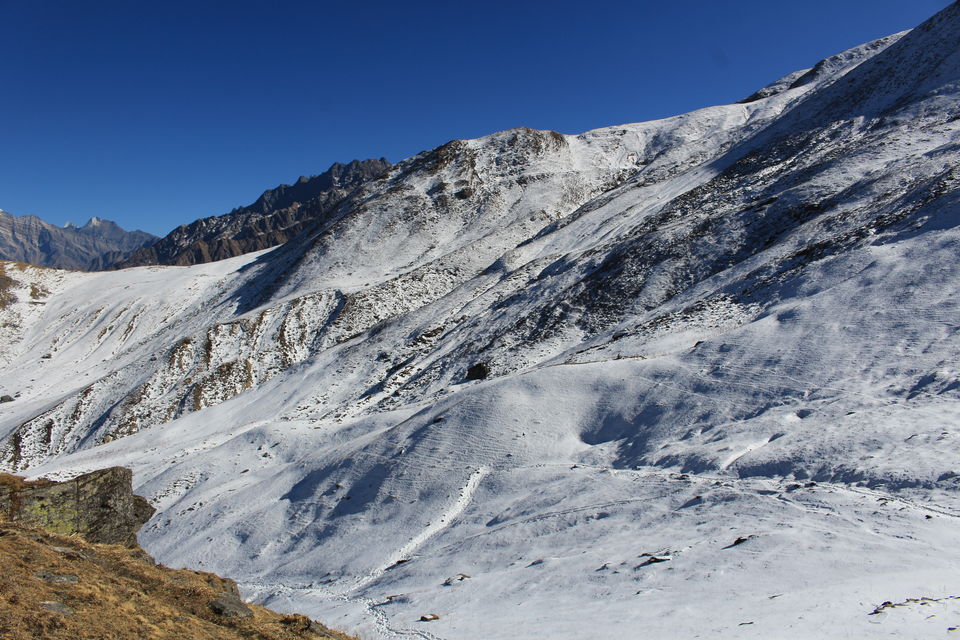 On the way to Kuari Pass 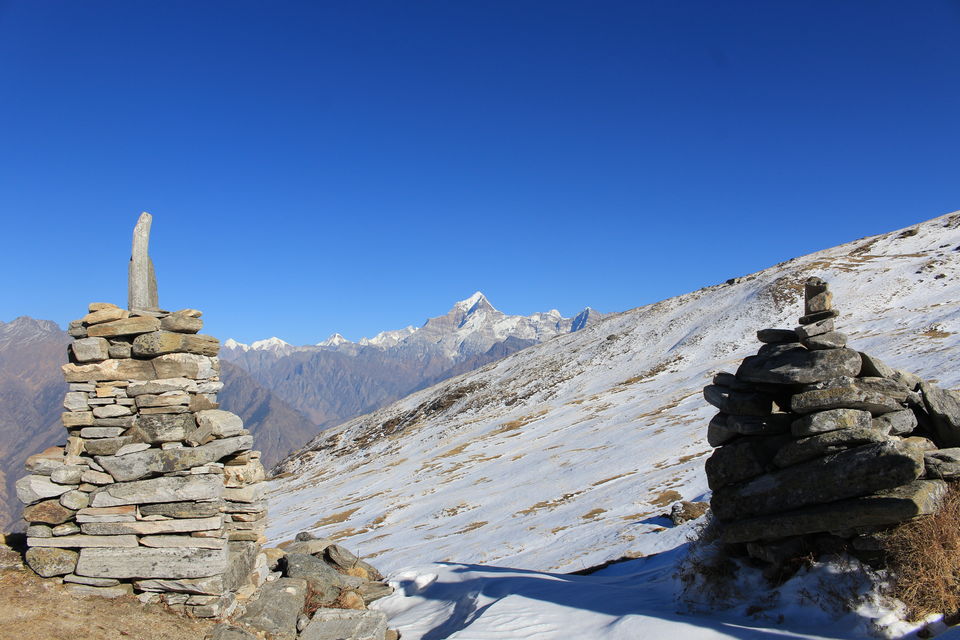 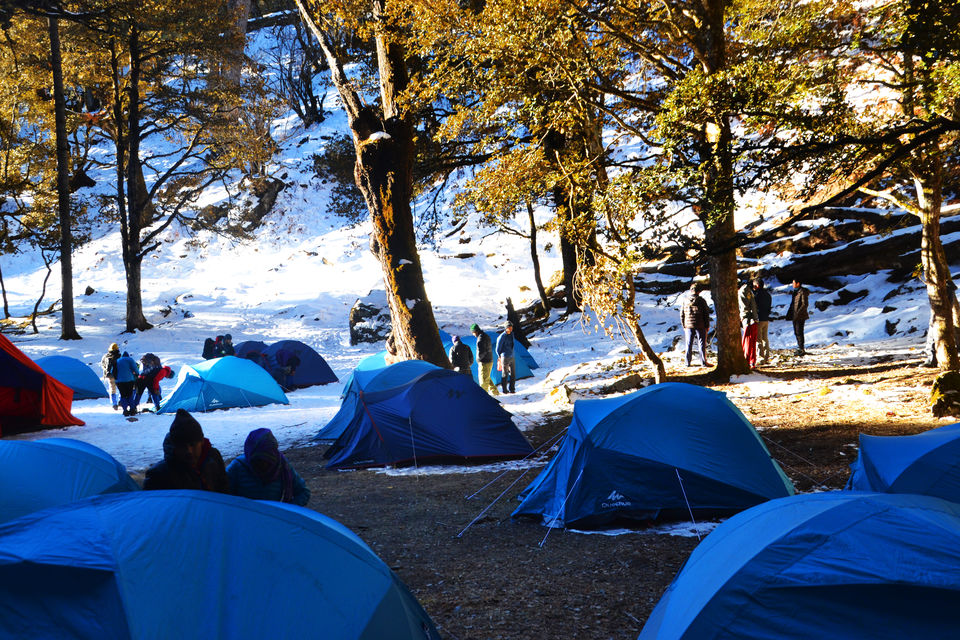 One of returning point on Kuari pass trail 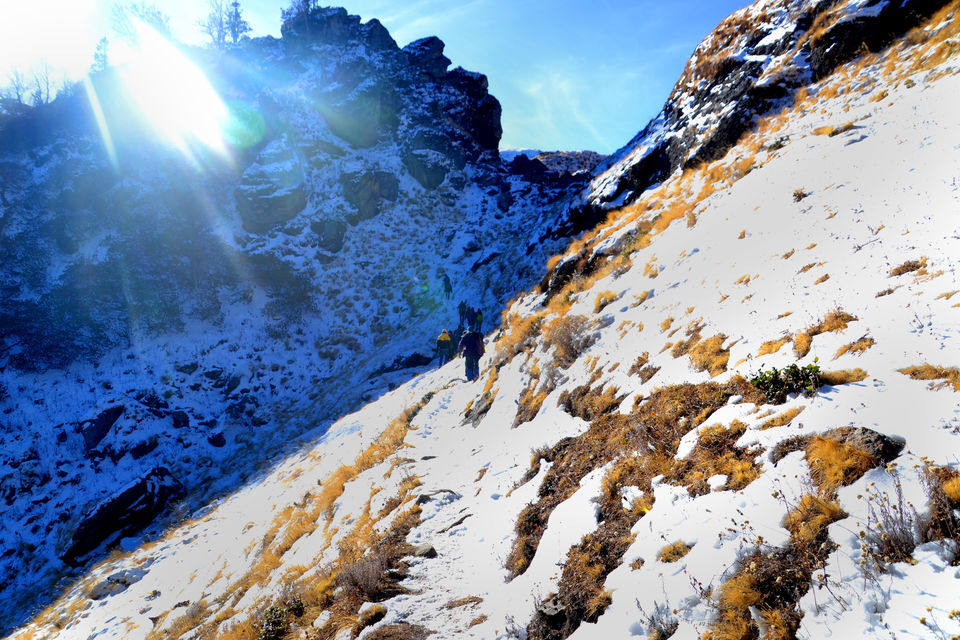 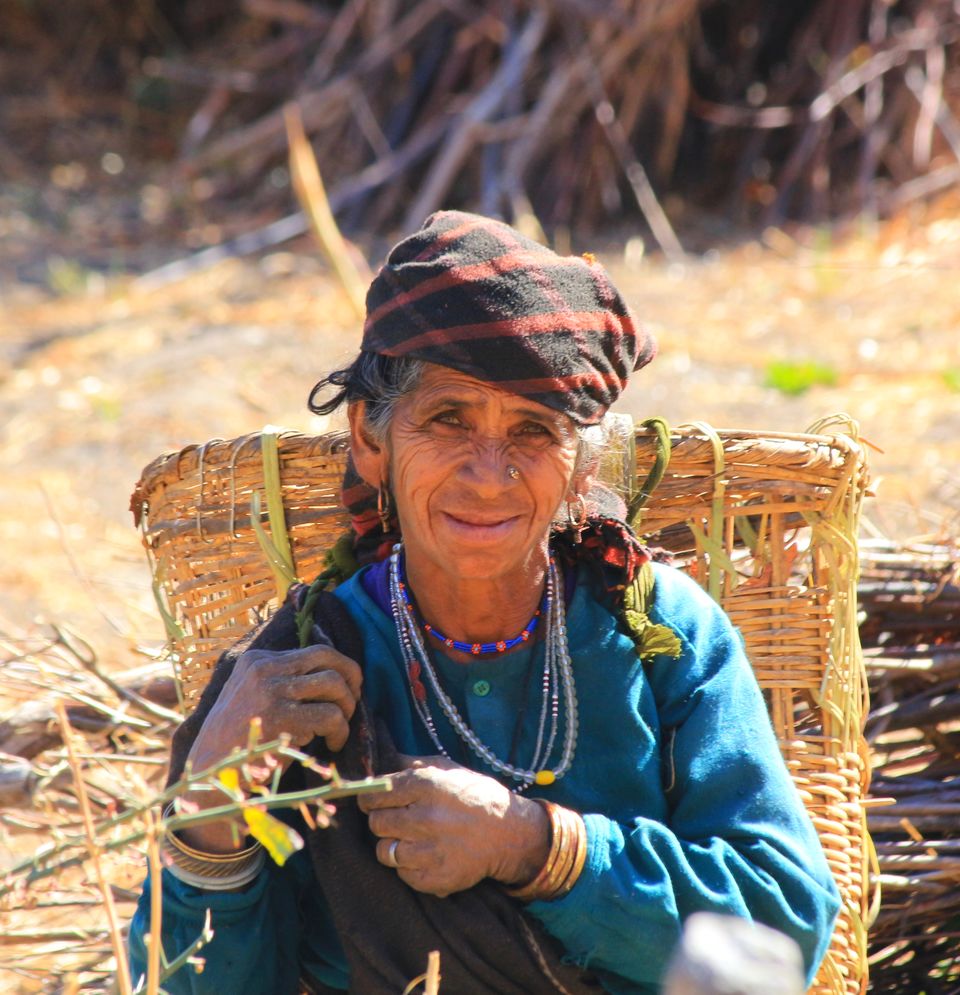 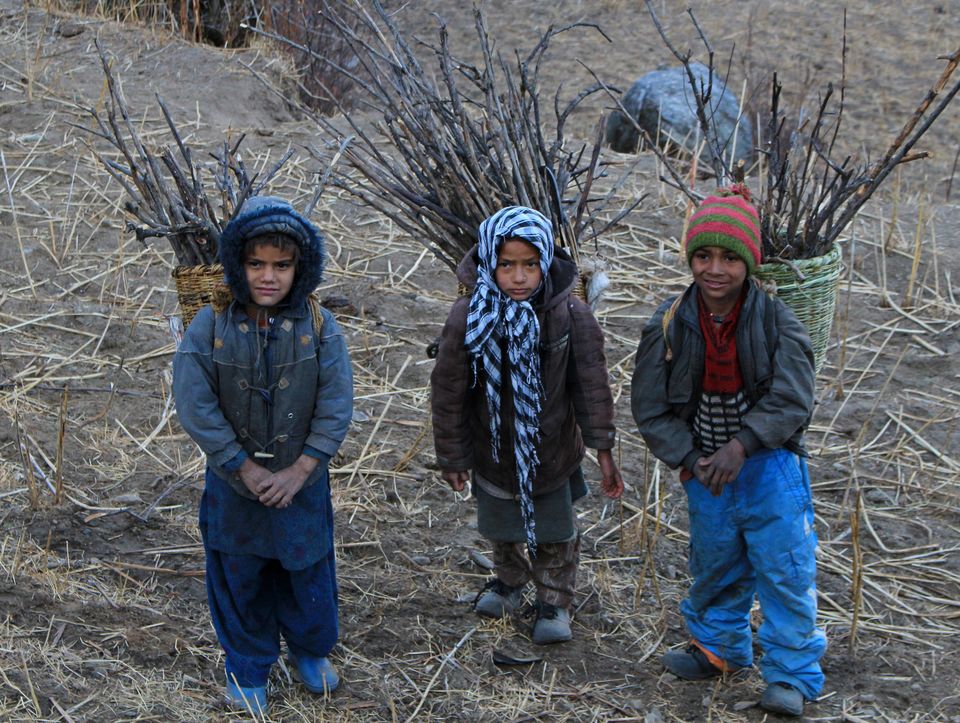 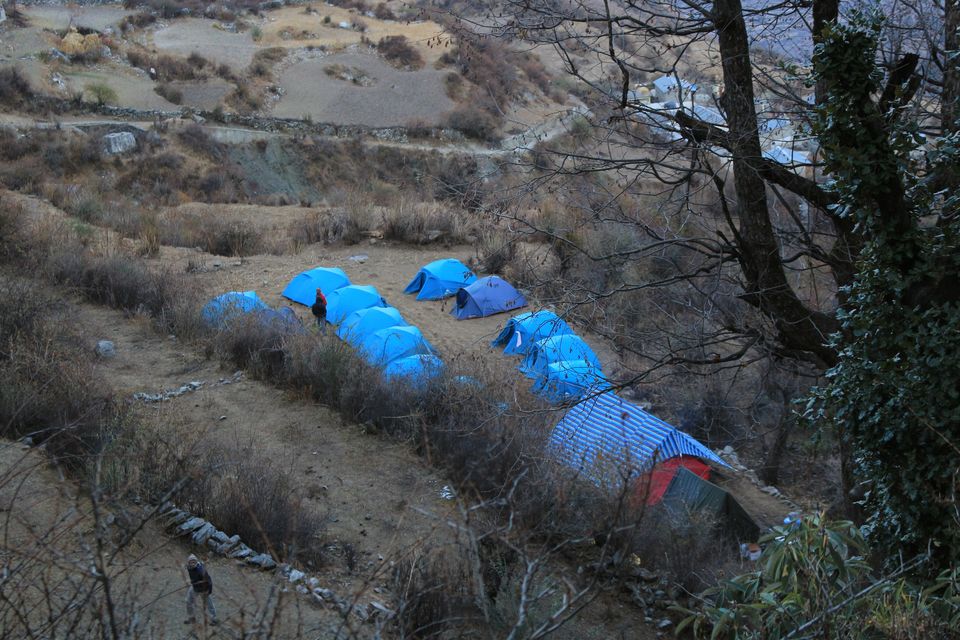 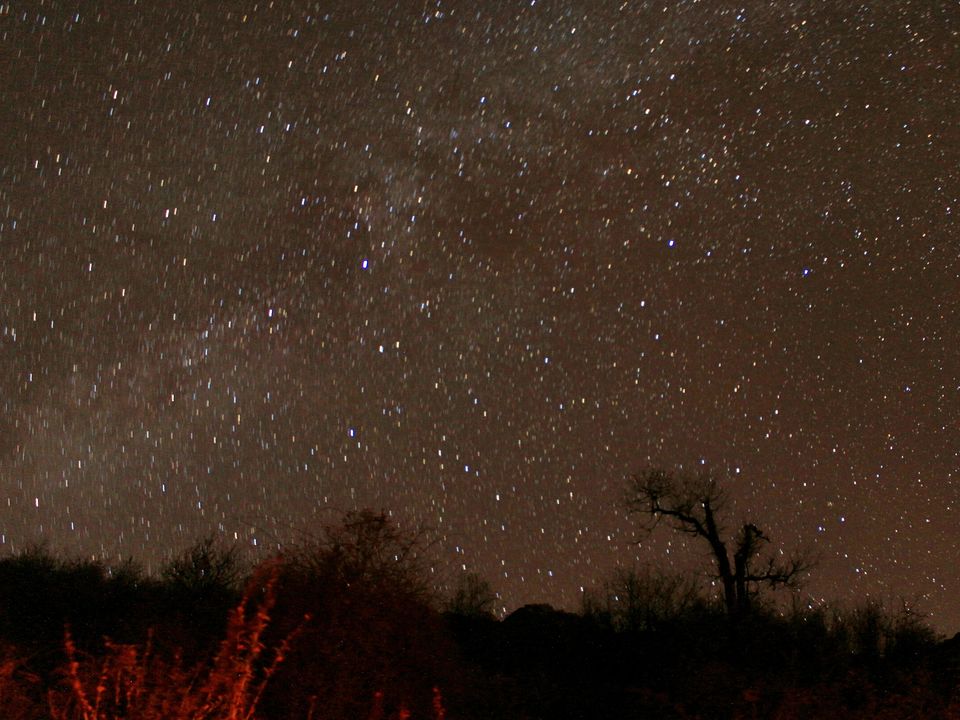 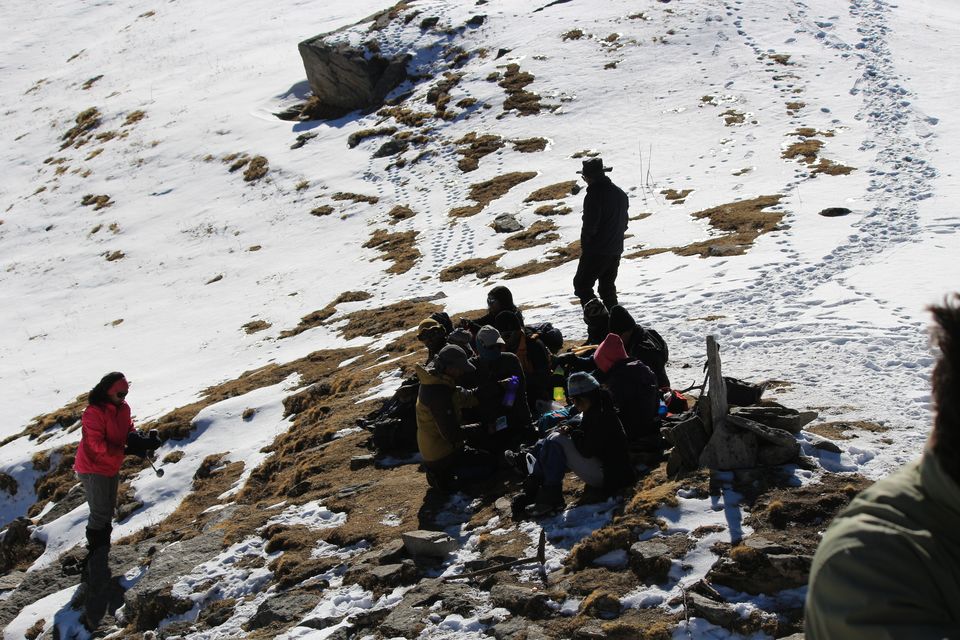 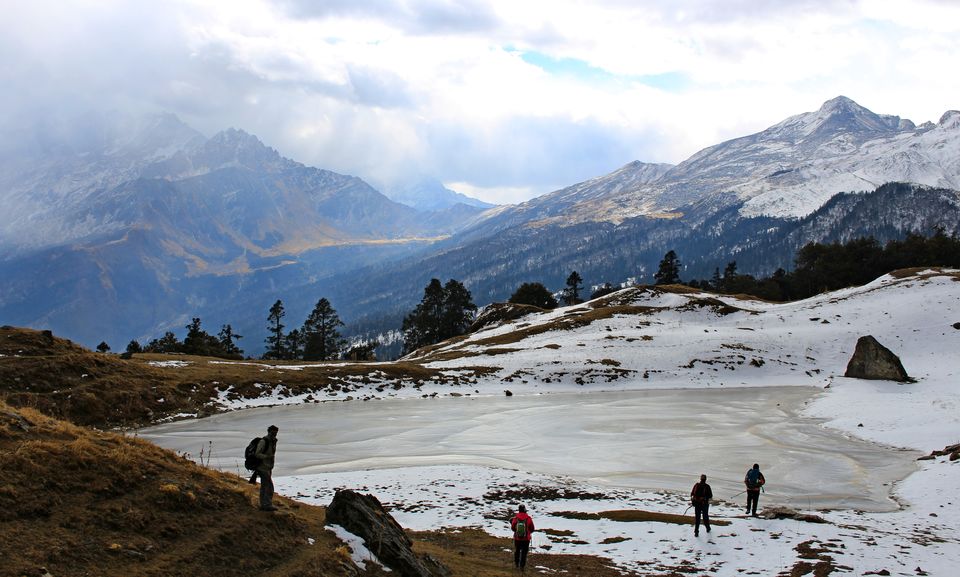 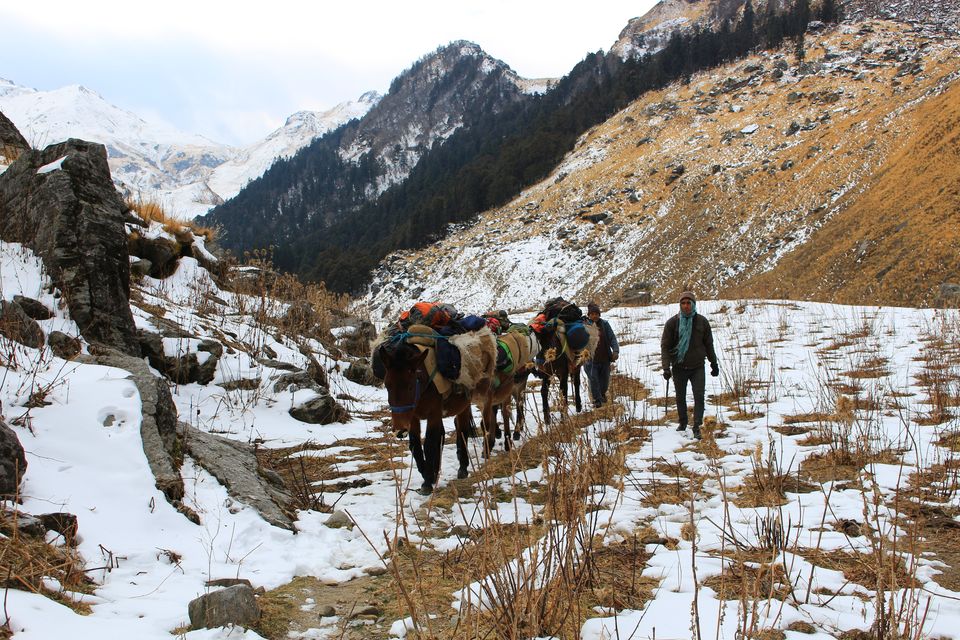 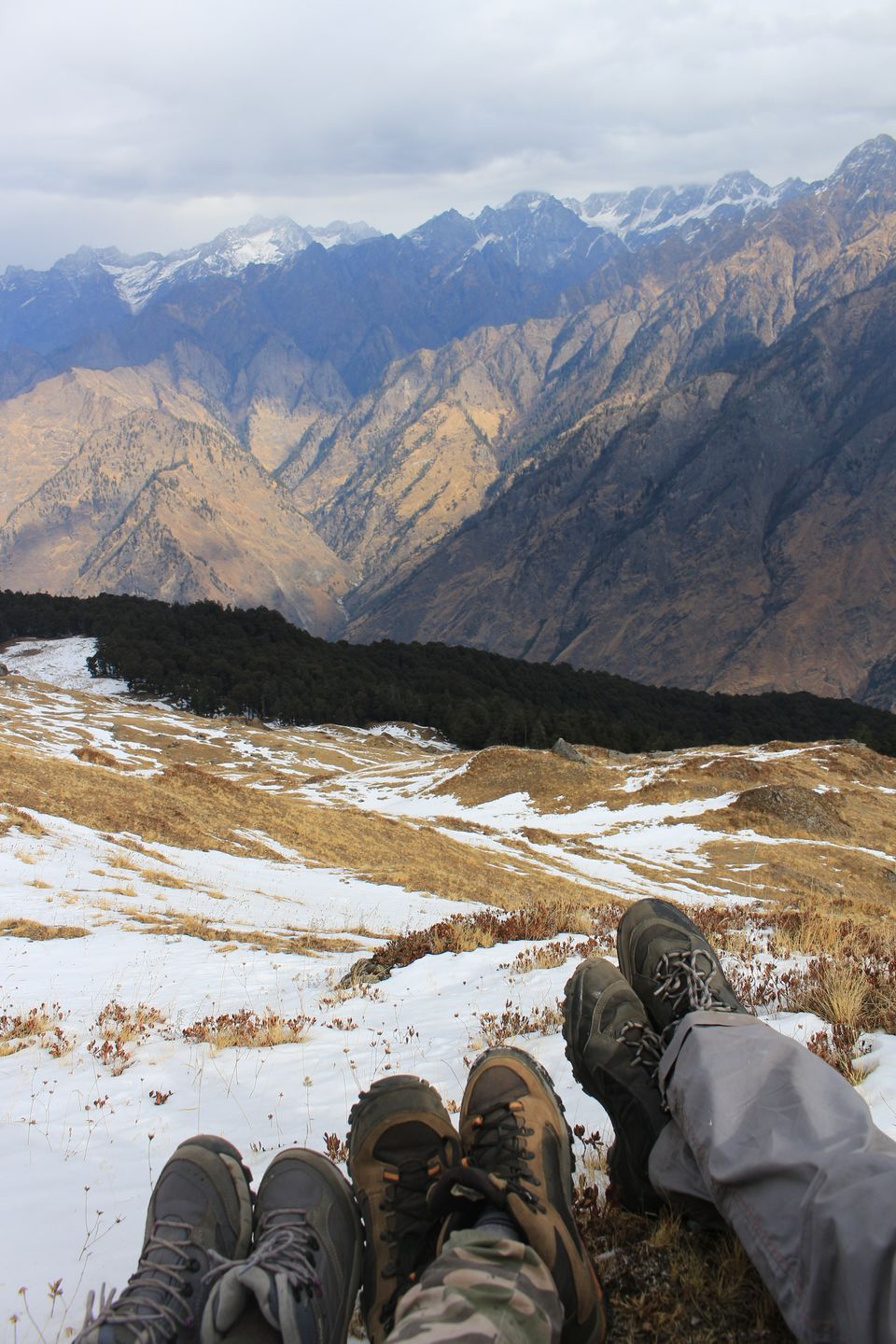 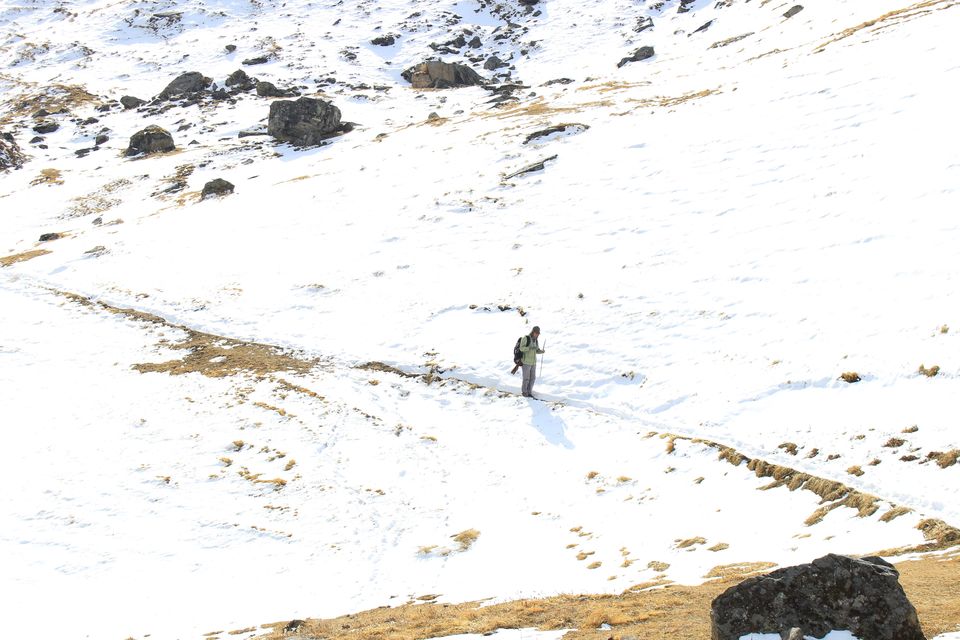 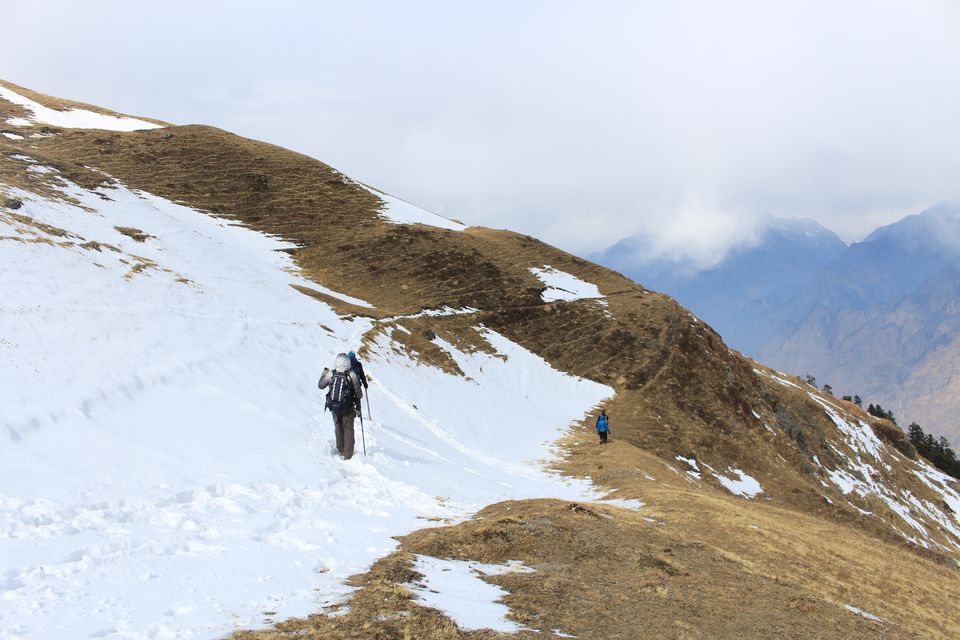 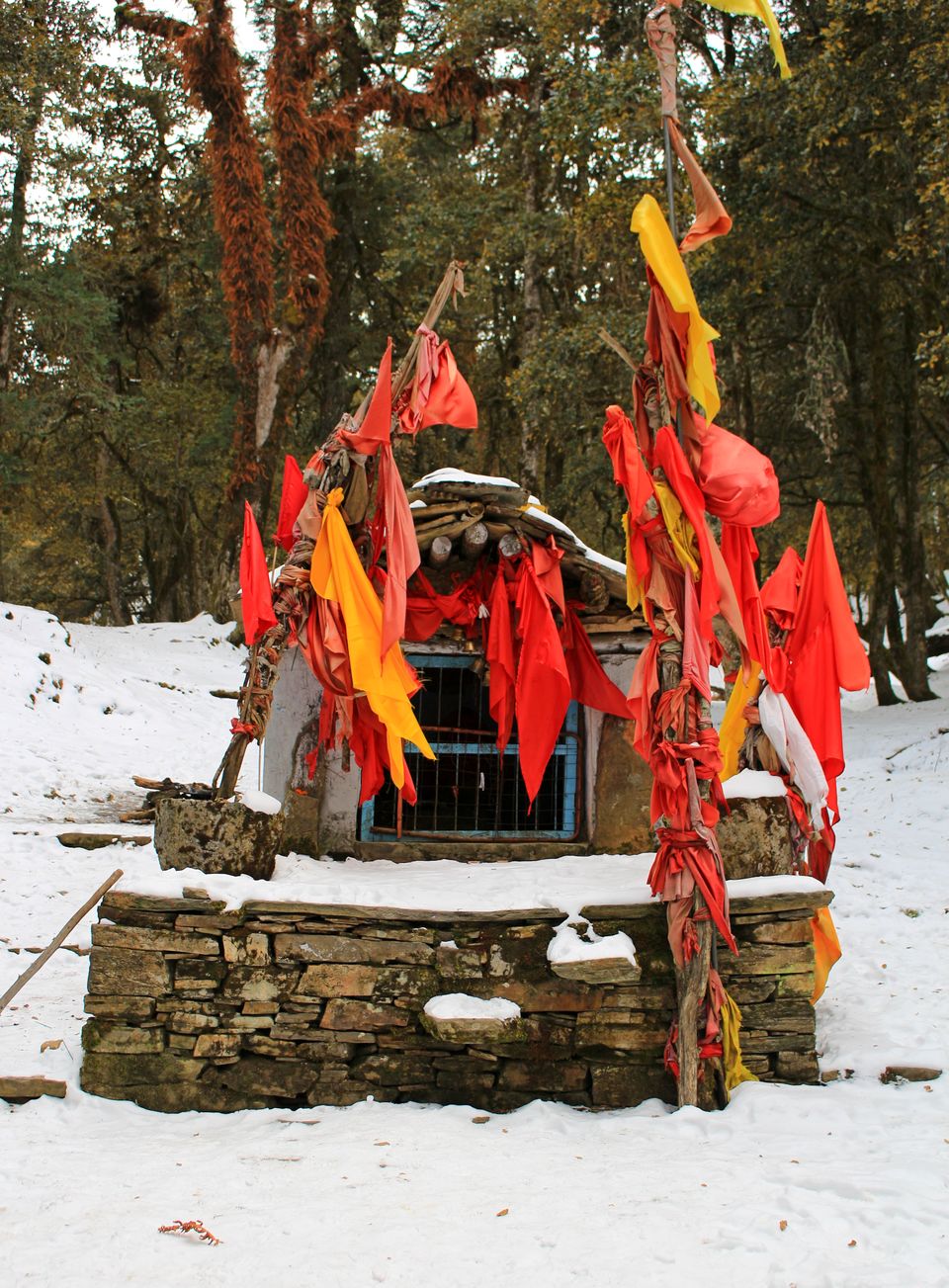 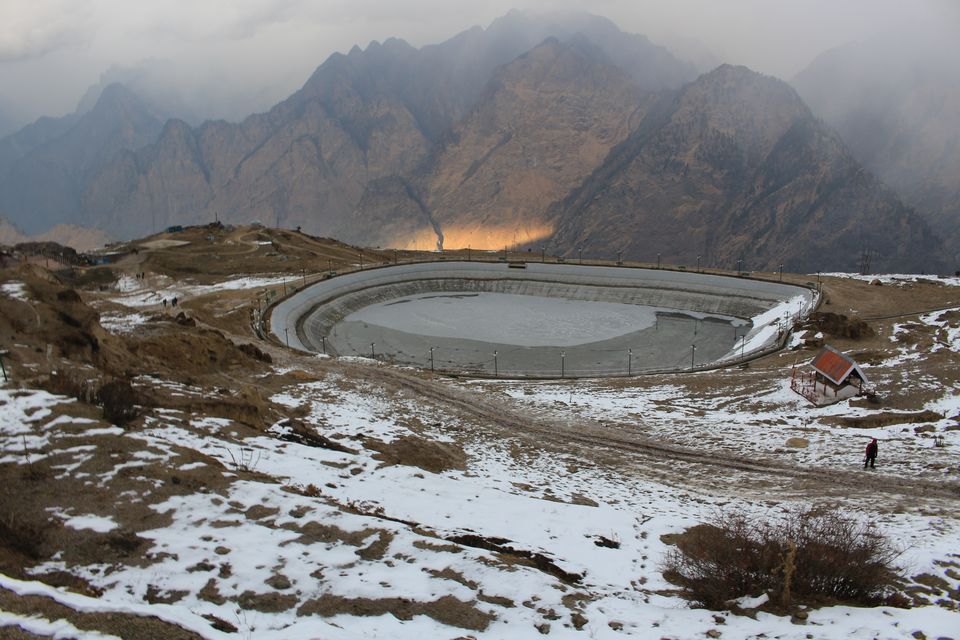 Kuari pass which is also popularly known as Lord Curzon’s trail is situated in Garhwal Himalayas.

Among all the Himalayan treks, earlier in summer of 2013 I had done Har-Ki-Dun which literally means Valley of Gods. Har-ki-dun is situated at 12751 Feet and the route to it follows the banks of river Supin. As the name suggests the beauty of the valley is truly blessed by Gods.

Any Himalayan trek can never satisfy you. Once you go, you want to go again and again, every year. And I was no exception to this. The next Himalayan trek plan took shape with my colleagues and friends. We selected Kuari pass. We decided to go for it in December and registered with Trek The Himalayas. I was excited to experience the winter in Himalayas.

We took a flight from Pune to Delhi on 12th December. The plan was to reach Delhi and then reach Haridwar from Delhi by train on 12th Dec.

We reached Delhi around 10AM. The weather remained foggy, misty and cold the whole day. At 3:00 pm it felt like 6:00 am in the morning. It was this cold here in Delhi then how cold it will be at Joshimath and Kuari pass!! :-o We were already too excited and couldn’t wait to kick start the trek!!!

We reached Haridwar by train at night, found a budget hotel, kept our luggage there and had our dinner at a small dhaba. Haridwar is a small town on the banks of river Ganga and is very famous among pilgrims for Har ki Pauri; the Ganga ghat. We visited Hark ki pauri at night and then returned to our hotel and had a good nights’ sleep with our thermals on. It was very cold in Haridwar.

Day 1: Early morning all the members of the trek batch met at Haridwar station and TTH people took us to Joshimath by Tata sumos. Haridwar to Joshimath is 277kms but a very long, tiring and never ending journey of 9-10 hours with curvy roads all the way. One cannot sit comfortably leave alone sleeping while travelling on these curvy roads. Scenic beauty however is abundant. We crossed small towns of Rishikesh, Devprayag, Srinagar, Rudraprayag, Karnprayag, Nandaprayag, Chamoli etc. We reached Joshimath at 7PM and stayed at a guest house. Joshimath is situated at 6150 feet in the laps of snow clad mountains. Temperature at the night was 1~2 degrees and we were shivering. All the excitement of experiencing extreme cold was gone because of the cold or may be because of tiring journey.

After dinner, the base camp leader asked us what we expect from this trek.

People listed many things but most common expectation was to see snow fall and trek on snow. The leader told us that snow fall = bad weather. If the weather becomes bad then we will not be able to complete the trek. Now what do you want? Snow fall or a successful trek till summit? Everyone went silent. Answer was obvious. Everyone was disappointed and stopped praying for a snow fall.

What we actually got was both!

Day 2: Chitrakhana - Early morning we traveled a small 12 kms distance from Joshimath to Dhak village by Tata sumos. Most of us gave our rucksacks on mules and just carried a day-bag. (A day-bag contains minimal luggage necessary till you reach your next camp.)

We finally started our trek from Dhak. It was a sunny day and weather was clear. I was wearing thermals as well as heavy jacket on top of my regular clothes. But as we started ascending, soon I started sweating and had to remove my heavy jacket.

(This is a tip for beginner trekkers that you should wear layers over layers which you can remove en-route. But do not wear thermals as it causes you to sweat and ultimately dehydrate.)

En-route we came across small villages and local people.

They were very warm hearted and welcoming. However they did not allow us to photograph them. In my Har-Ki-Dun trek, I had heard that mountain people believe that the one who is photographed will die soon! :D Funny it is!

Today the trek was just 4 kms and easy. We soon reached Chitrakhana, which was our camp for the night. We all were excited and happy to see the campsite. Tents, dining tent, toilet tents were arranged very properly. We could see snow nearby our tents from where we have to start tomorrow. We had tea as a welcome drink and collected wood for campfire. (We climbed a little bit for collecting wood and again came down to our camp. The reason is, when you gain altitude, you might have altitude sickness. To avoid this, you should come a little bit down before sleeping.) We had soup and dinner in the evening. We used to sleep very early in mountains at around 8-9 PM unlike in cities where we are awake till 11-12PM. I could not sleep the whole night. Our leaders told that it happens many times when you are in mountains.

Day 3: Chitrakhana to Tali top - Today was said to be a bit difficult as we had to gain more altitude in less distance. That means it was a steep climb. Distance was just 6 kms but it drained all the energy out from most of us. The entire route was covered in snow and mostly was covered by trees. No inhabitation at all. This day was colder than the earlier day. Our 1 wish to trek on snow was complete just on 3rd day of the trek. We were more than happy and relieved to finally see the Tali forest camp. This camp was bigger as 2 batches stay there at the same time.

There were many tents and some of them were set right on the snow!! This was going to be a real adventure to survive at night here. Today’s campfire was like new life to numb toes and fingers. Night temperature reached to minus 6 degrees! I again could not sleep the whole night.

Day 4: Tali – Khullar – Kuari pass – Tali. 15 kms. This was the longest day of all. We started very early as we had to return to Tali forest camp again before it is dark. Most adventurous, longest, coldest yet the most beautiful route it was. According to the previous batch, it had snowed heavily on the route. So we got crampons and gaiters from TTH. Wearing gaiters etc, I started feeling as if I am doing Everest summit ;) TTH leaders had set 3 points on route from where we can return, if we face some issue oe we are tired. My group was determined to reach the summit. We were going to gain higher altitude so taking care of ourselves was equally important. (Tip: one has to keep his/her ears at-least half open to acclimatize to the altitude. Keep sipping water. Breath steadily.) There were no water streams on this route so we had to carry water enough for the whole day.

We started walking. Route was sometimes straight, sometime ascending and sometimes descending. Snow-capped mountains surrounded the trek. Weather was clear. I was capturing the serene beauty of the surrounding mountains in my mind as well as in my camera. We crossed each of the 3 returning points. Now there was a final ascend. En-route we saw Trishul, Nanda Ghunti, Kamet range, Chaukhamba and Hathi and Gauri Parbat. Last part of climb to Kuari pass. We were to cross a wide frozen water stream. This was the hardest and most adventurous part of the trek. Water stream had converted into ice and it was too slippery. One cannot walk on it with any kind of shoes. Here crampons came to our rescue. We sat near the stream, wore crampons on shoes and crossed the stream one by one with the help of guides. Huuffff! Finally we were on the other side of the stream. Only few minutes of ascend was remaining but my brain started throbbing badly. I felt dizzy. It was may be because of the high altitude or because of the lack of sleep. For a moment I felt like giving up. I wanted to stop there. But my friends cheered me up, gave mi some chocolates and water to drink. They took my bag and there I was…climbing again!! Thanks to all of them!

There was only 15-20 mins of steep climbing after this stream and at 12:50pm we reached Kuari pass!!! It was heaven! Breathtaking views of White Mountains on the backdrop of clear blue sky! It was the most beautiful drawing by God just with white and blue. I tried to get as many photographs as I could in all directions but somehow my mind was not satisfied. I kept my camera in bag and started drinking the beauty by my eyes. The picturesque views and the proud of reaching the summit mixed up and we became emotional. We all hugged together and cried aloud. It was pure joy! I still get goose bumps with the memory. After sometime we ate packed lunch which was almost frozen and no one wanted to eat it.

Last day of the trek. It was easy but a long day. We saw bad weather since we woke up in the morning. It was cloudy and there was a risk of rain and/or snowfall. We started walking and soon reached Tali Lake. It was completely frozen and we could walk over it. Tali Lake looked pristine with black clouds in the background. Then we moved ahead towards Auli. It was a long way and weather became worse after sometime. Snowfall started with chilling winds. It was really hard to balance ourselves. We were tired with the trek and really needed determination to keep walking. Across the meadows we could see Deep alpine forests which we crossed on our 3rd trek to Tali forest camp. Snow was covered all the way and at some places it was knee deep.

We somehow managed to reach Auli. Now we realized that this beautiful and adventurous trek has ended and we created a snowman in memory of our trek.

There is a GMVN restaurant at Auli. GMVN thermometer showed 0°C. We had a hot maggi and a coffee there and sat beside a campfire. When I stretched my hands near campfire, the feeling was so unique because campfire was warming my palms from below and snow was falling on back of my hands from above. We started walking towards road. Our cabs were waiting at road and soon they drove us to Joshimath.

In this way our trek ended and all the wishes of snowfall and summit came true. We had a hot shower, hot dinner and a good night's sleep. I could finally sleep after this long trek.

Day 6: Joshimath – Haridwar by Tata sumo. Shopped and ate in Haridwar. Took a dip in river Ganga. Witnessed the famous Ganga Arati on Har-ki-Pauri. And caught a train to Delhi.

Day 7: Delhi to Pune flight and returned home with lot of new friends, lot of photographs and lot of memories to cherish forever!