After an early morning breakfast at the hotel which was a mix of conti+Chinese+Indian we checked out of our hotel and started off for Genting Highland.

On the way visited Batu Caves.  Batu caves is a natural wonder. Our guide Mr Ravi gave us a brief description about the history  and origin of Batu Caves - Batu caves is 16 kms North East of KL and is believed to be 400m years old. In 1891 Mr. Thambu Samy Pillai, a trader of Indian Origin built the cave temple on the top.  He could speak both English and Tamil and was responsible for bringing many Indians to Malaysia.  Batu caves is one of the most popular Hindu shrines outside India and is dedicated to Lord Murugan.  The most important festival is the "Tai Pooyam" celebrated during January/February.   About 30k people carry the "Kavadi"  including the Chinese. We were told that the Chinese have an open concept on religion and they enjoy participating in the festivals.

At the base of the cave we are greeted by a 140 ft gold painted statue of Lord Murugan. 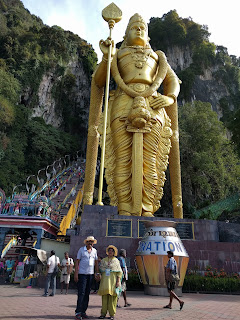 There are 272 steps to the top each of 11 inches width....with lots of monkeys around.  Its really an enjoyment  to watch the playful monkeys. We took 15 mins to reach the top.

Tender coconut water and Masala chai are available at the base for a nominal amount. 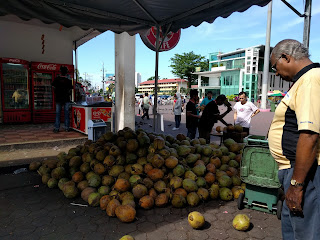 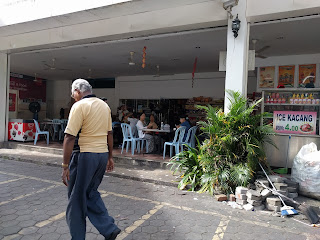 However our guide advised us not to smile at the monkeys and not to carry food packets as these monkeys might snatch it away.  Half way up we did see this.  A family was travelling with a baby and the baby was being fed milk.  A monkey immediately pounced on them and snatched the bottle of milk and started drinking it.  Everybody started clicking pictures.  Here's a short video that I could capture. 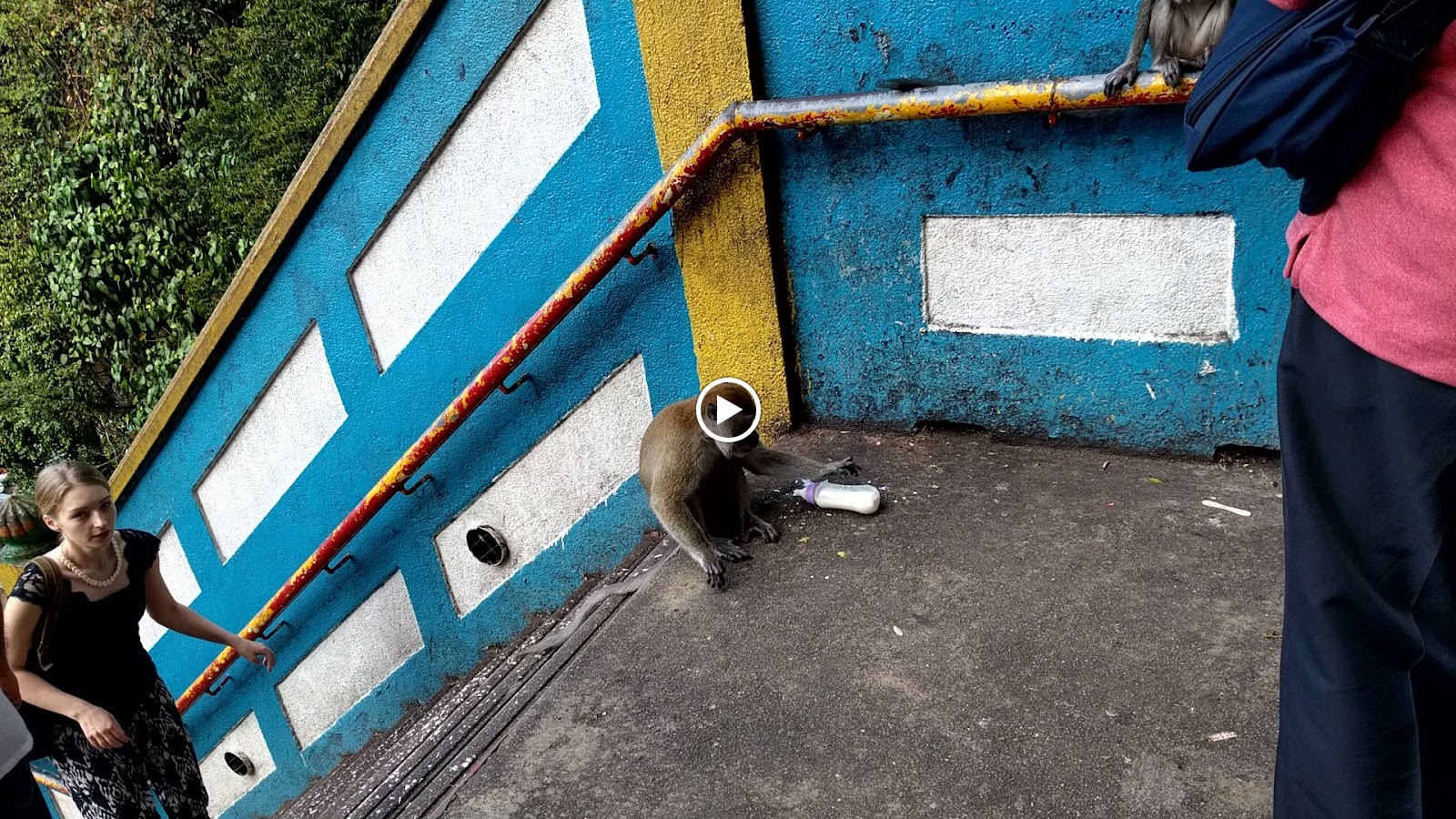 At the base of the cave there are temples dedicated to Lord Ganesha (the Hindu God with elephant head who is the remover of all obstacles ),  Sani (Saturn),  Shiva/Parvathy and Hanuman (the Monkey God who is a pure devotee of Lord Rama).

We spent almost an hour at Batu Caves and then continued our journey to Genting.

After another 10 mins drive we reached a duty free shop where we stopped for a few purchases.

By mid day we reached Genting Base . We enjoyed the scenic drive  with hairpin curves and then took the 20 mins cable car ride to the top.  There are 107 Gondolas with a capacity of 8 people in each. 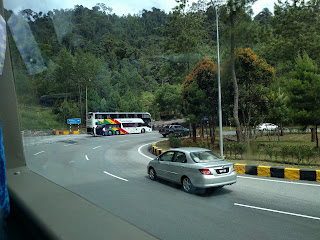 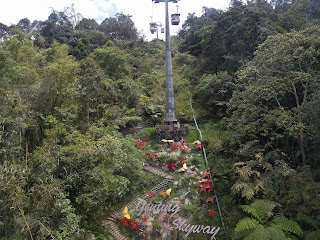 The snow world (artificially created snow) at the top I should say is not that great....perhaps youngsters and children  might enjoy it more.

There is an indoor theme park with different rides.  The area around the First World Hotel is worth exploring.  The Chinese New Year celebrations were still going on and it was really wonderful with lots of things to do. 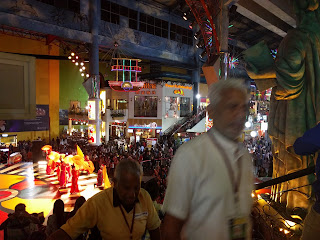 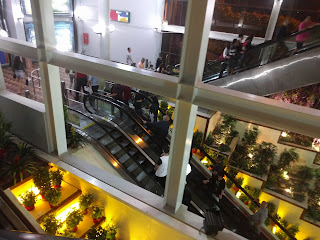 The hotel is the largest hotel in the world.  Rooms are not that great. But most of the time we were out and were back in the room only for the night's rest and for a shower.

Lunch and Dinner was at "Coffee Terrace".  It was a multi cuisine place with Indian, Western, Japanese , Chinese and Malaysian buffet counters.  The dessert and salad counters were also great.  We all enjoyed the food.  Being a vegetarian I had my own limitations but I should say over all it is indeed a great experience. 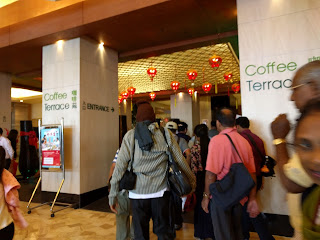 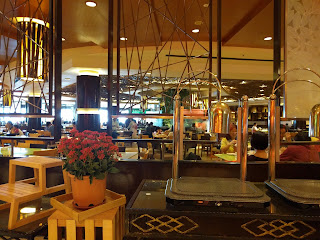 After exploring the place we went back to our rooms to retire for the night. The next day we were leaving Malaysia for Singapore.