Top 10 most amazing points of interest to visit in Israel & Palestine: a road less travelled

"What! ...Are you sure about this?!... Be careful!" were a few of the reactions I got when I told people back home in India that I intended to make a short trip to Palestine while touring Israel.

On a pleasant December morning, I along with a few other people of different nationalities, set out towards Palestine. Levi, our guide till the border, declared that all this fear and anxiety about the Palestine situation was nothing but media exaggeration. This allayed any fears we might have had as we proceeded towards the holy land of Bethlehem in a bus.

Bethlehem, the birth place of Jesus Christ, is located in the West Bank of Palestine (about 10 km from Jerusalem). It is also known as 'David City' as it was the hometown of Kind David, the ruler of Israel.

With just few of us , we were still inquisitive about what will be our next surprise as inside all of us, there was still a fear that this is the same place which is always in the media for all wrong reasons- the infamous "West Bank".

But at the end of the day, we came back more informed & more matured .

So here are few of the experiences that i thought i would share with you which might be of your points of interest as well :

1. The West bank barrier or simply known as "The wall" separates Israel from Palestine in the west bank. we had to cross this wall to enter Palestine. Tourist going as a part of a guided tour don;t face any problem while crossing this wall . However the Jewish Israelis are not allowed to enter Palestine.

2. "The Mosque of Omar"-is the first monument you see when you enter Bethlehem, which was built in 1860 during the Jordanian rule of the city. The mosque was built next to the Church of Nativity . This was by far the greatest example of the peaceful coexistence of Christians and the Muslims in the city where they both offer olive oil to light up the surroundings of the Mosque.

3. The Church of Nativity-also known as the Greek Orthodox Church . Inside the Church of nativity (which is considered to be the oldest church in the world) , we can see the restoration still going on , also can see beautiful hanging lamps. This church was built by Constantine the great and his mother Helena in 339 AD. The present church is overseen by members of Greek Orthodox Church, Custody of the Holy land and the Armenian church. 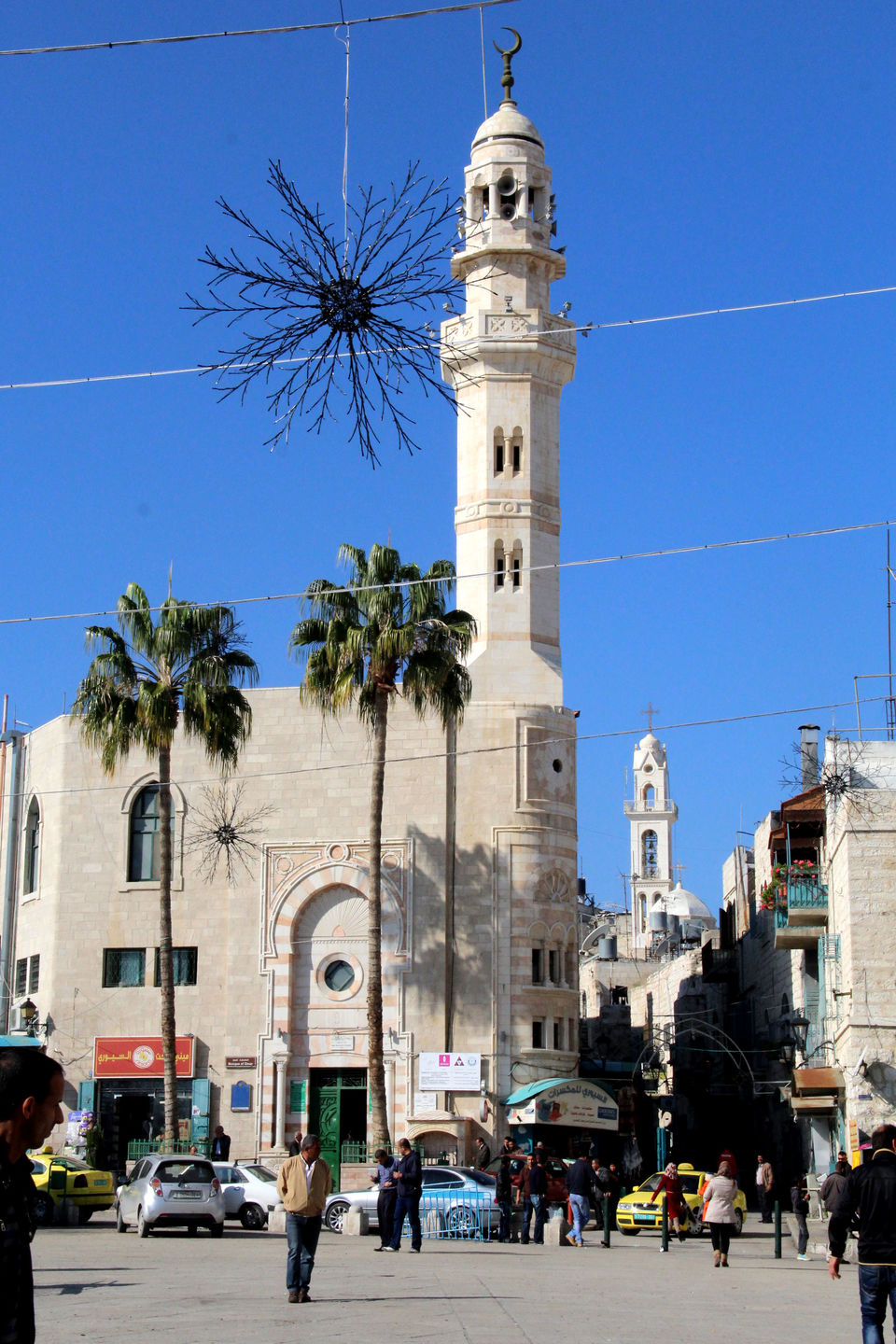 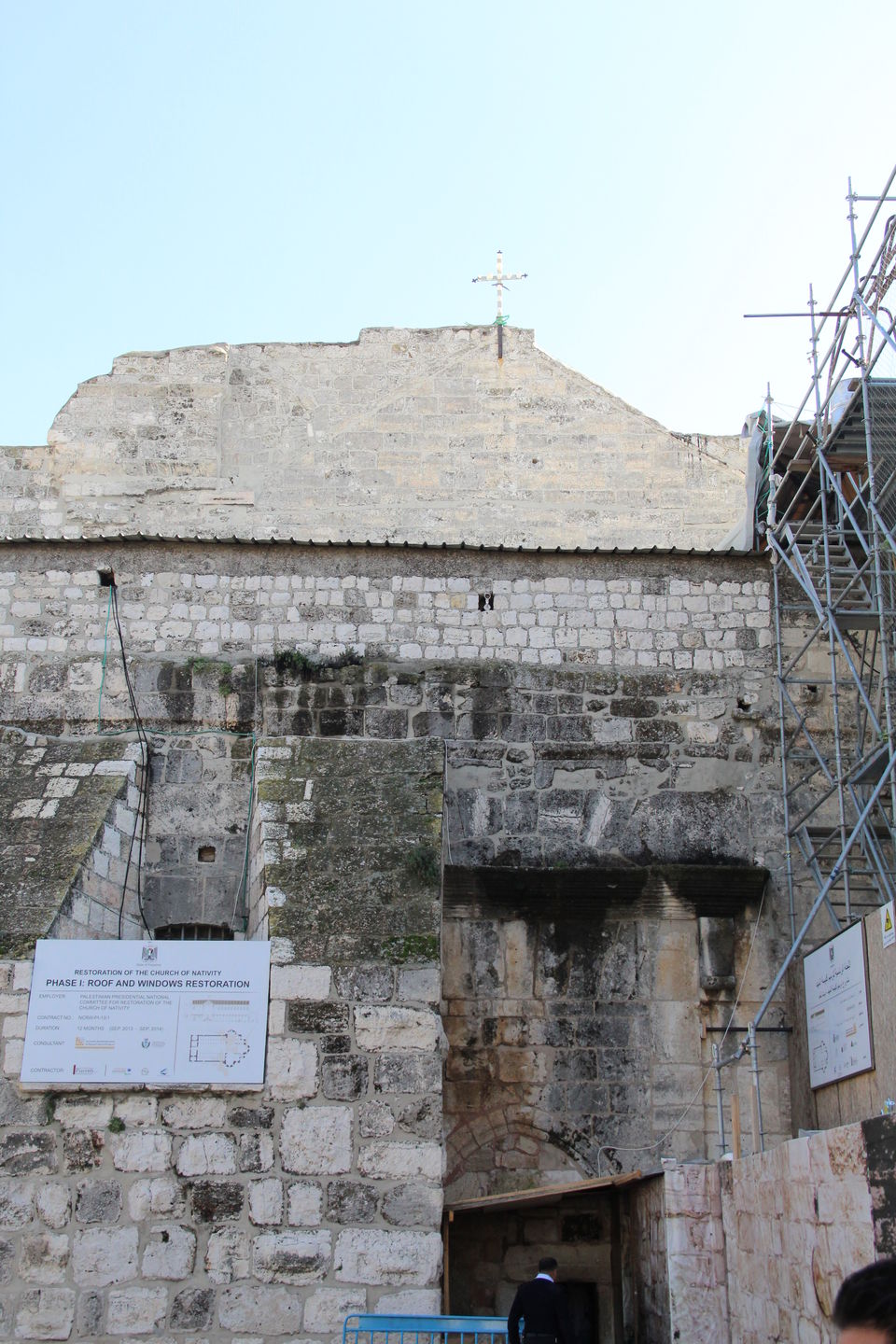 4. Below we can see the doors which are known as " Trapdoors" through which we can see the original mosaic floor of the Constantine's basilica, the first church.

5. The Church of nativity was built over a cave where Jesus Christ was born . In the below picture, we can see his birthplace . 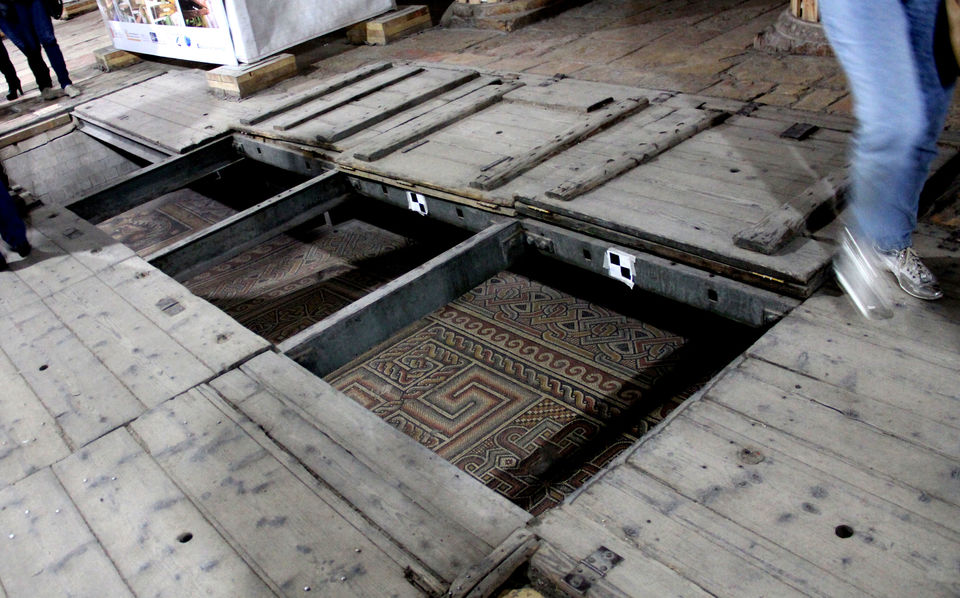 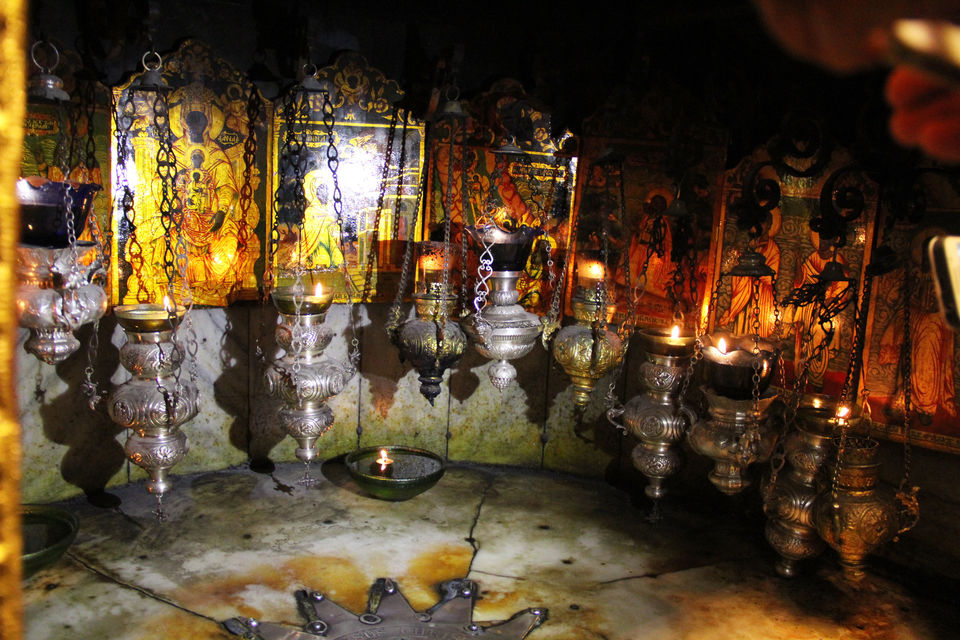 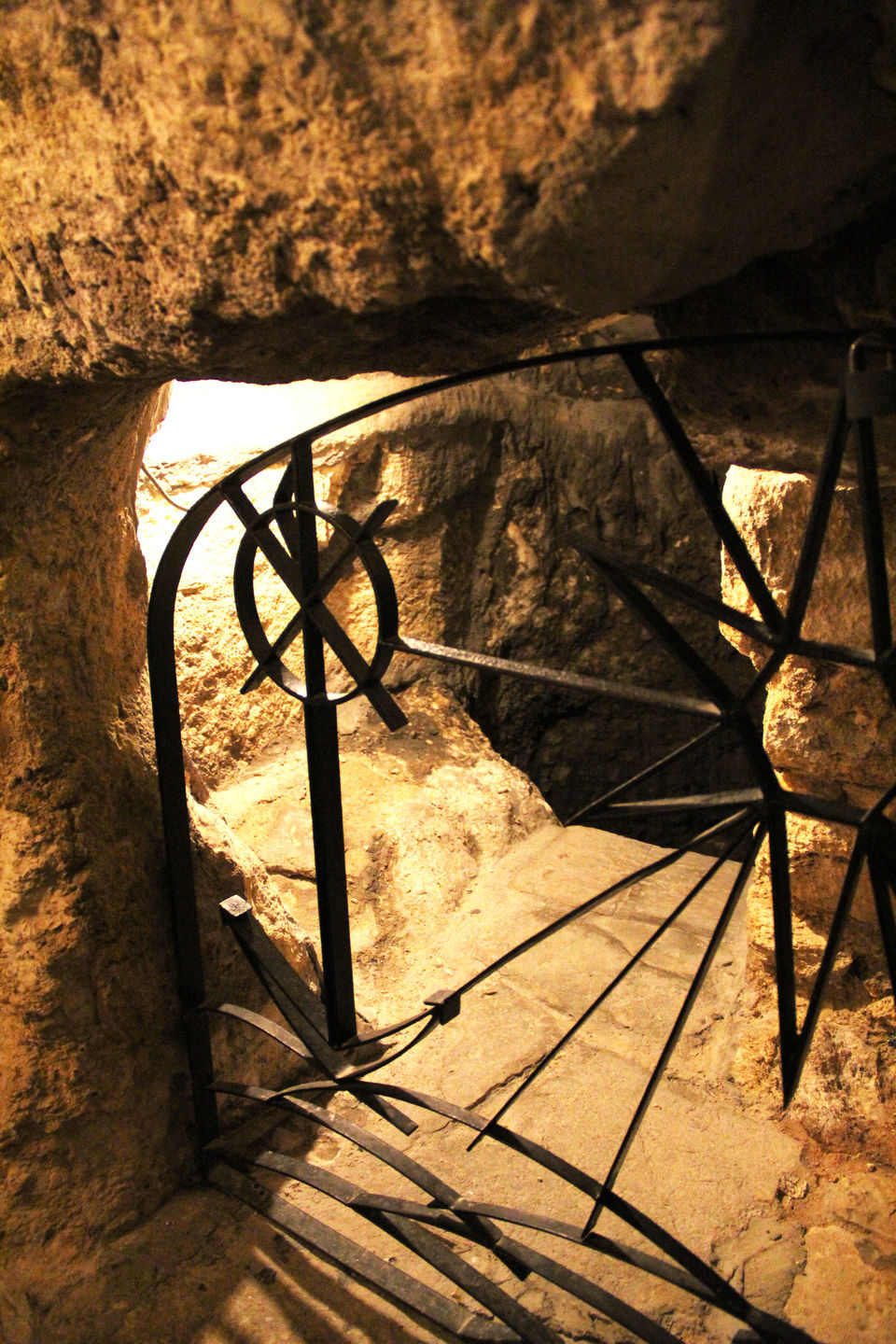 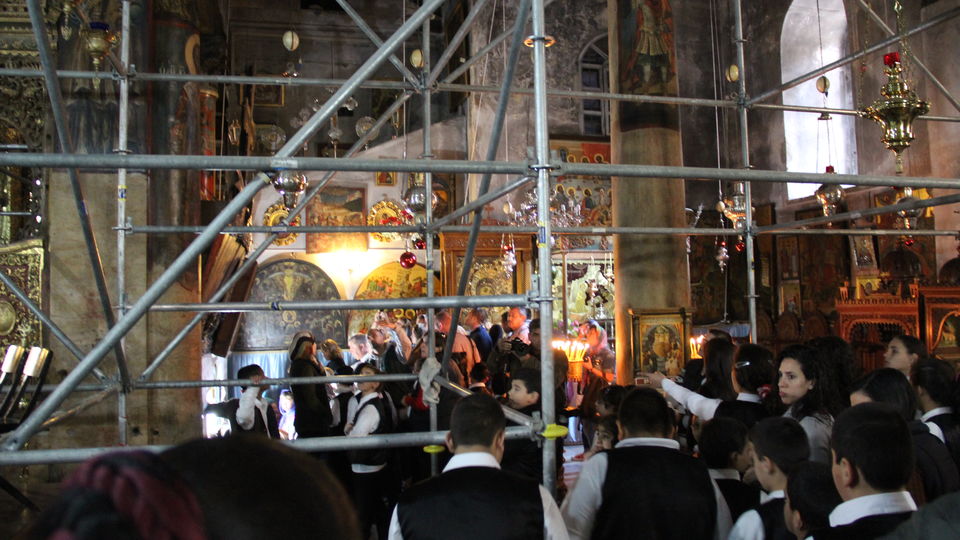 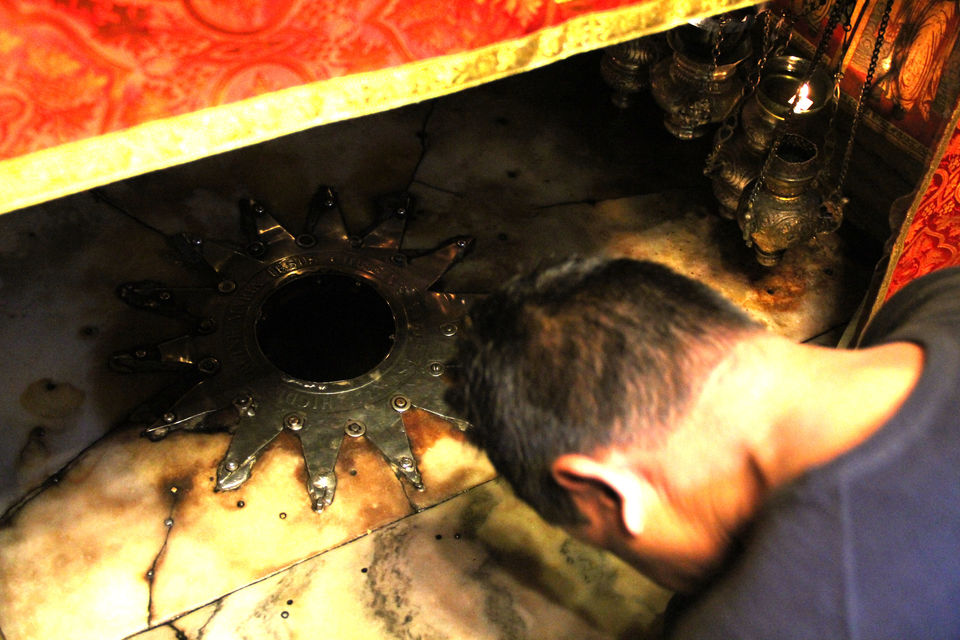 6. The streets of Bethlehem looks as normal as any other tourist city 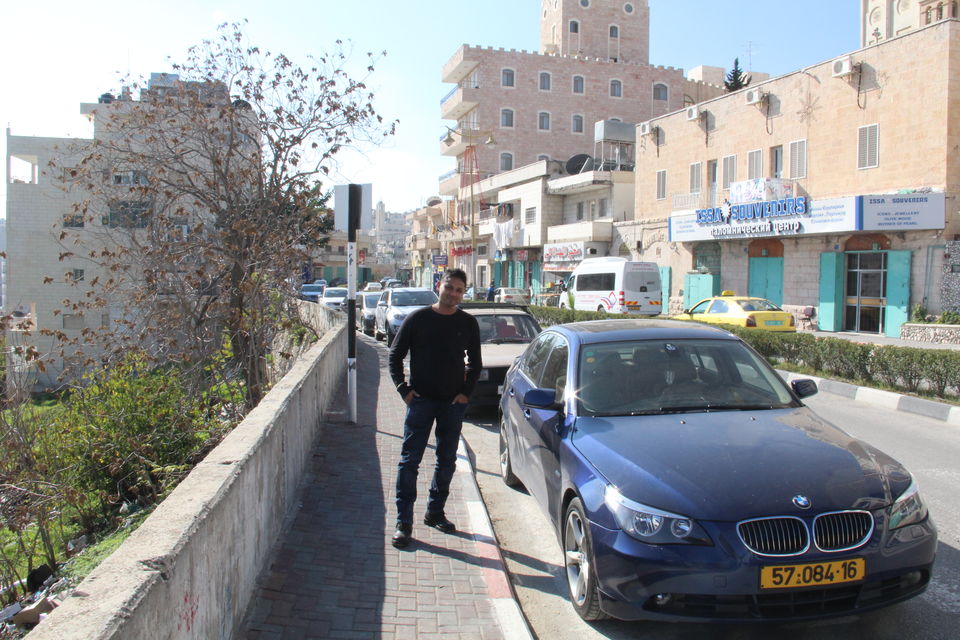 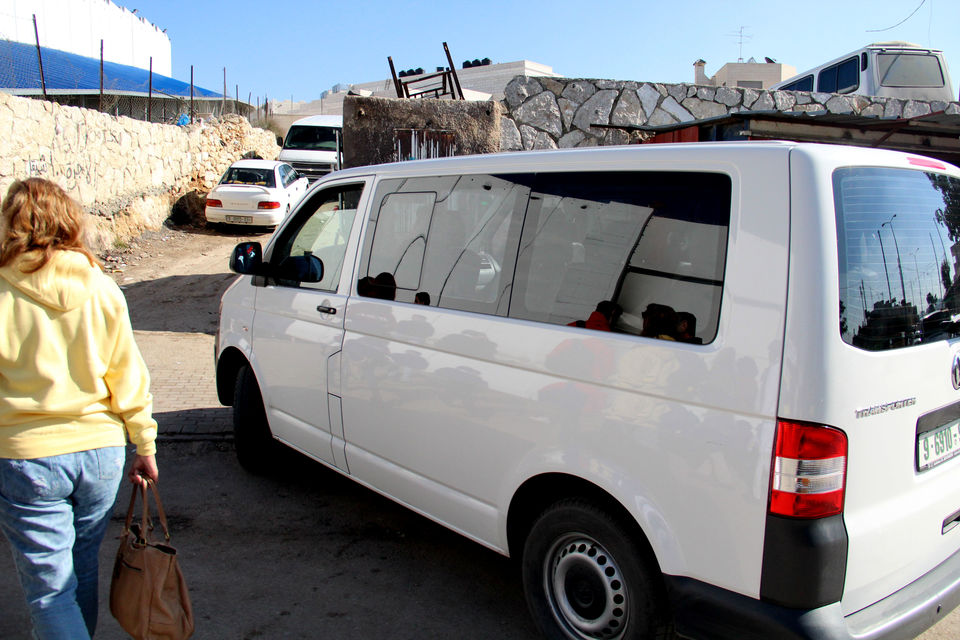 7. Jerusalem- Panoramic view of the city which has mainly two parts- Old city and the new city. The old part also known as the City of David was built in 4th millennium BC. the entire city buildings are made of Limestone which is also called Jerusalem stone.The 4 quarters still exist peacefully inside the old city- Jewish , Christians, Armenians & Muslims.

8. The Last Supper- Below is the picture where we can see the place of the last supper where Jesus was believed to have his supper with his 12 disciples and announced that one of them would betray him.

9. The Western Wall- a wall constructed as a part of the expansion of second Jewish temple in 19 BCE by Harod the great. This is located in the old city of Jerusalem. 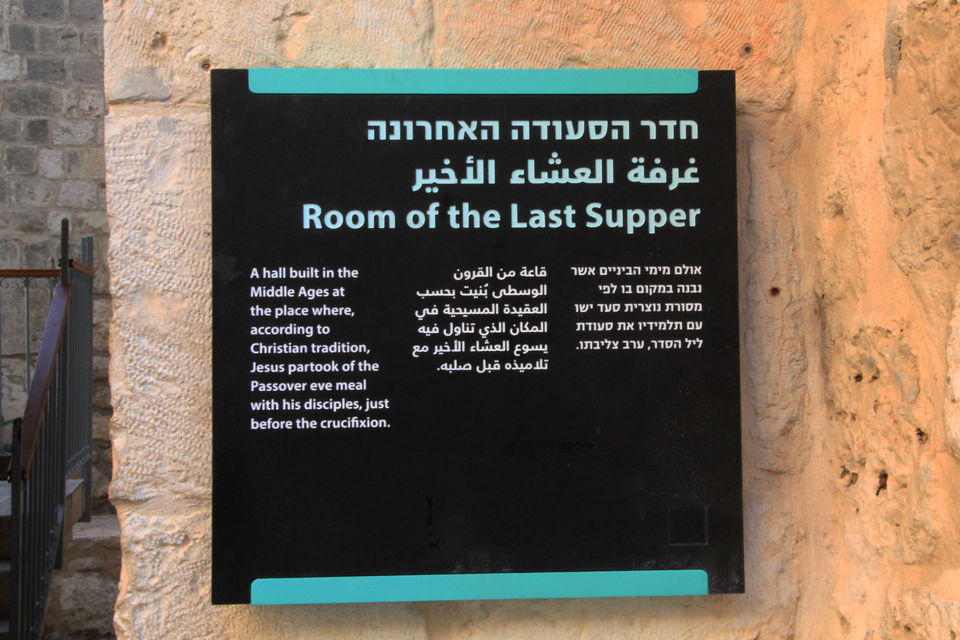 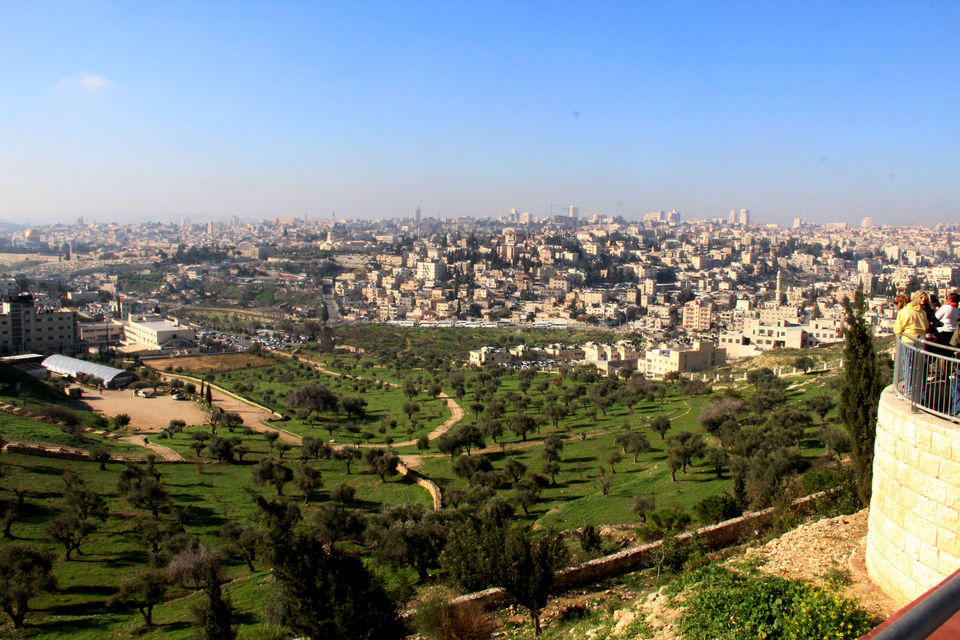 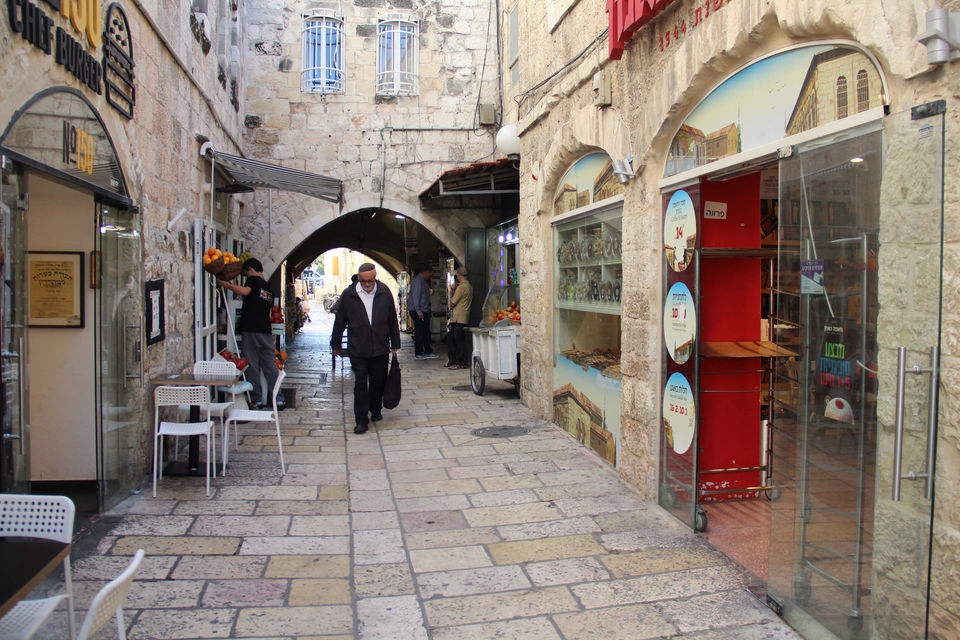 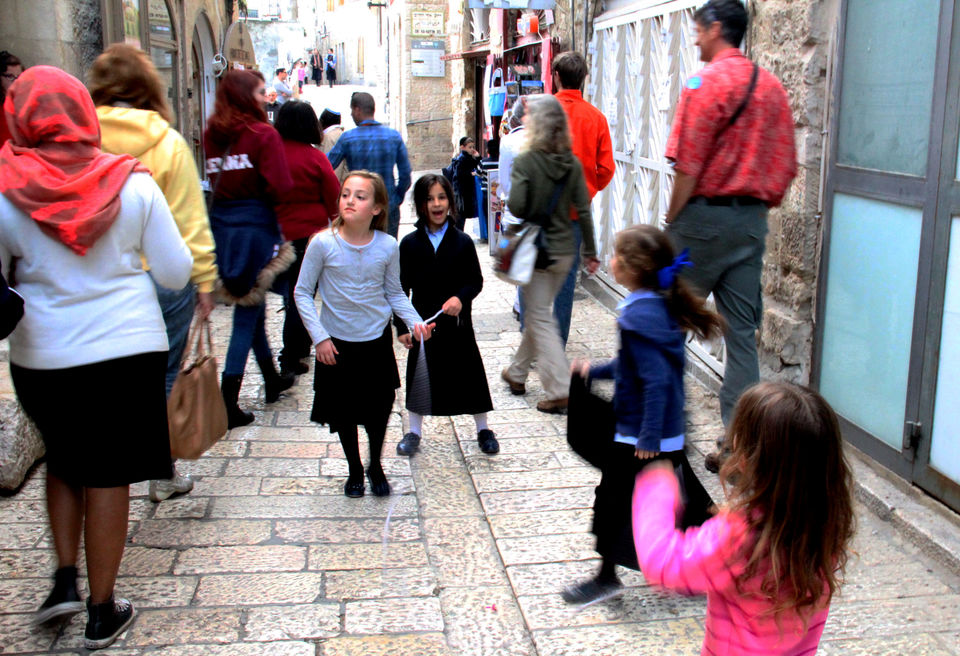 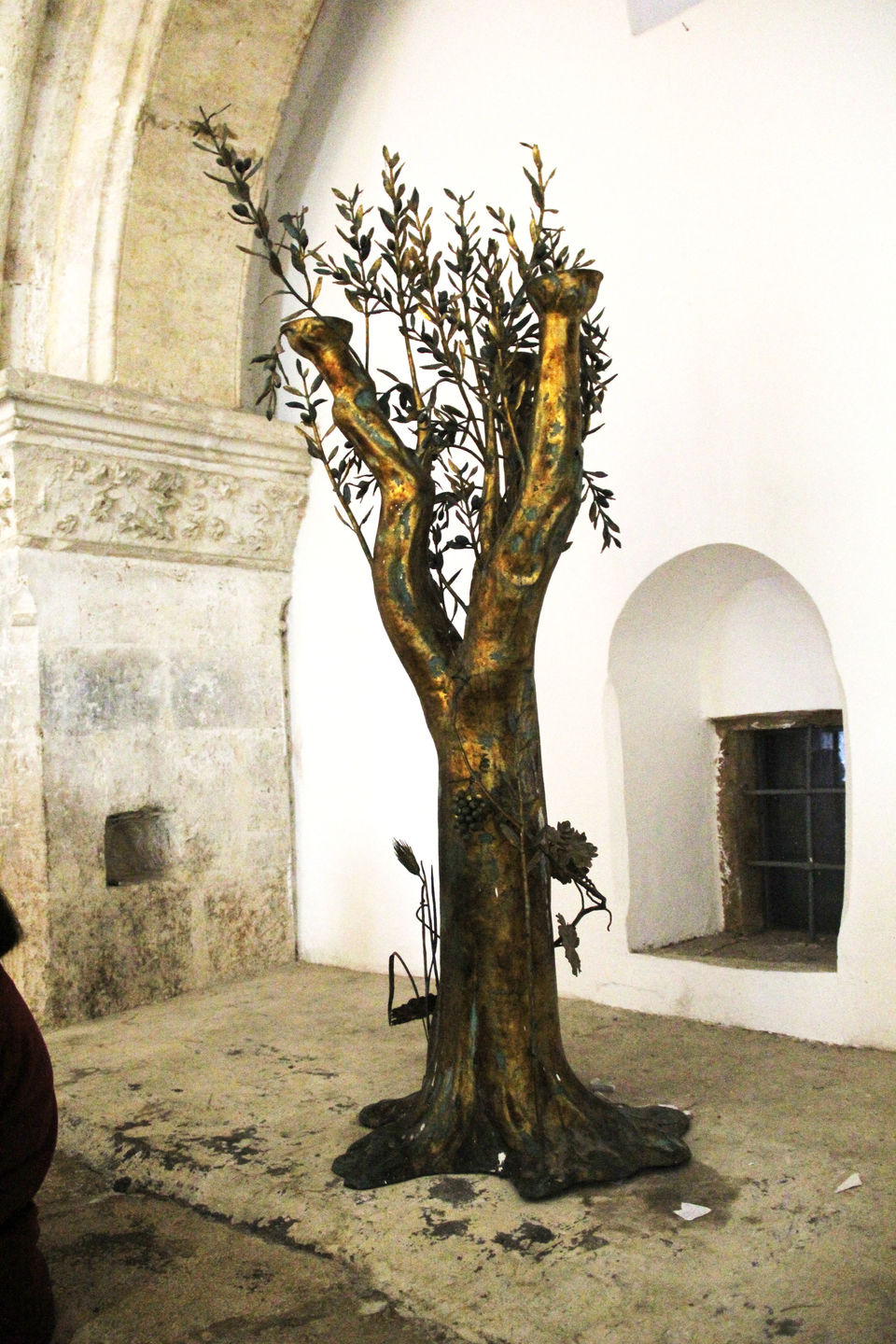 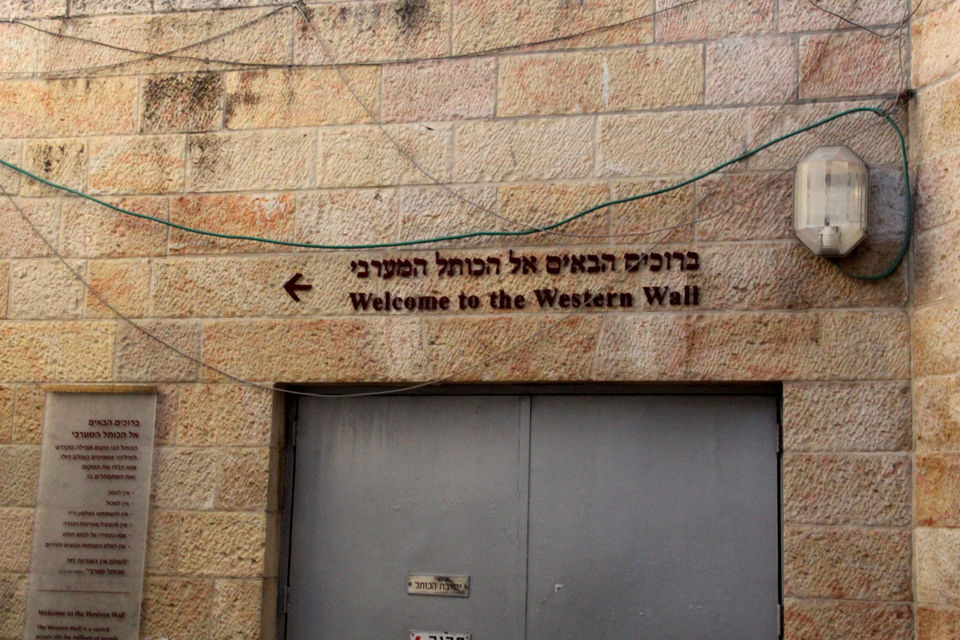 10. The Final Destination i.e. Temple Mount- This place is considered Holiest for thousands of years by all the three faiths- Judaism, Christianity & Islams. According to Judaism, this is the place where God created the first human being. 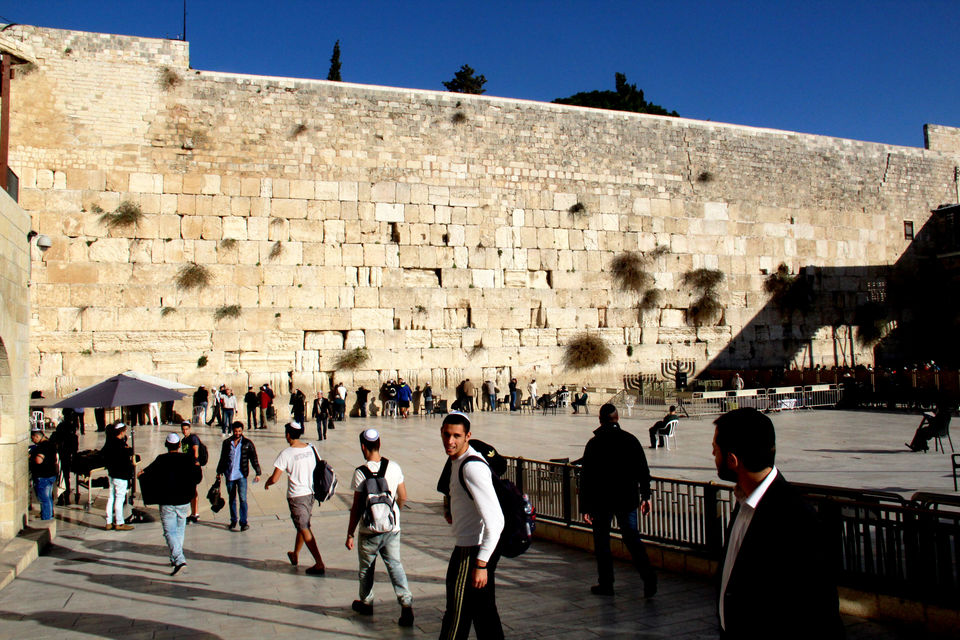 Although it was a very short trip, it's experience will always remain in my heart . This was one of the most peaceful place among the places that i 'd visited so far.

May be one day the whole world will realise that too.

In my next blog on this place, i would bring to you more information about the kind of stay, how to get there and so on and so forth. 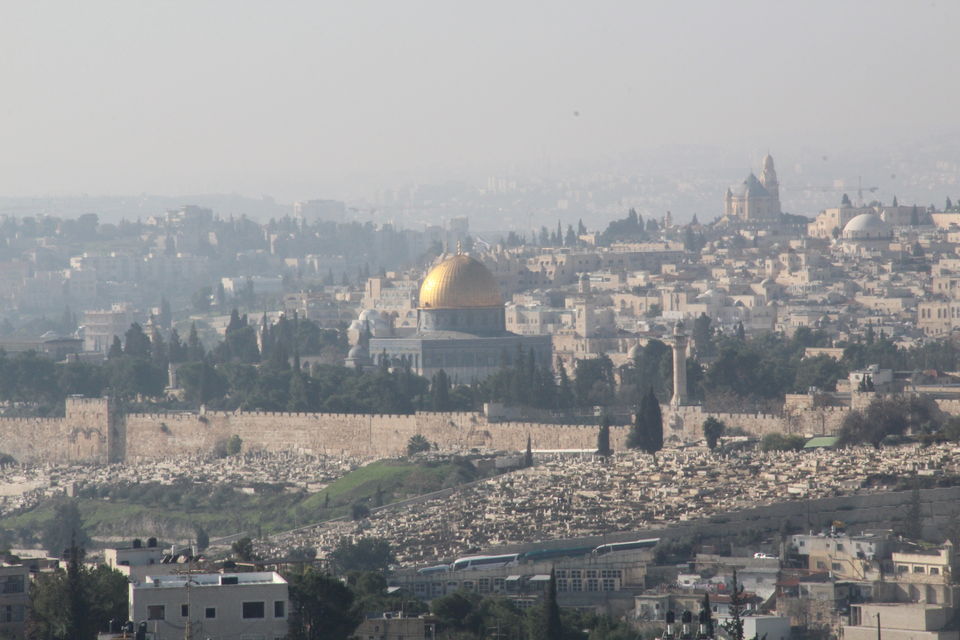 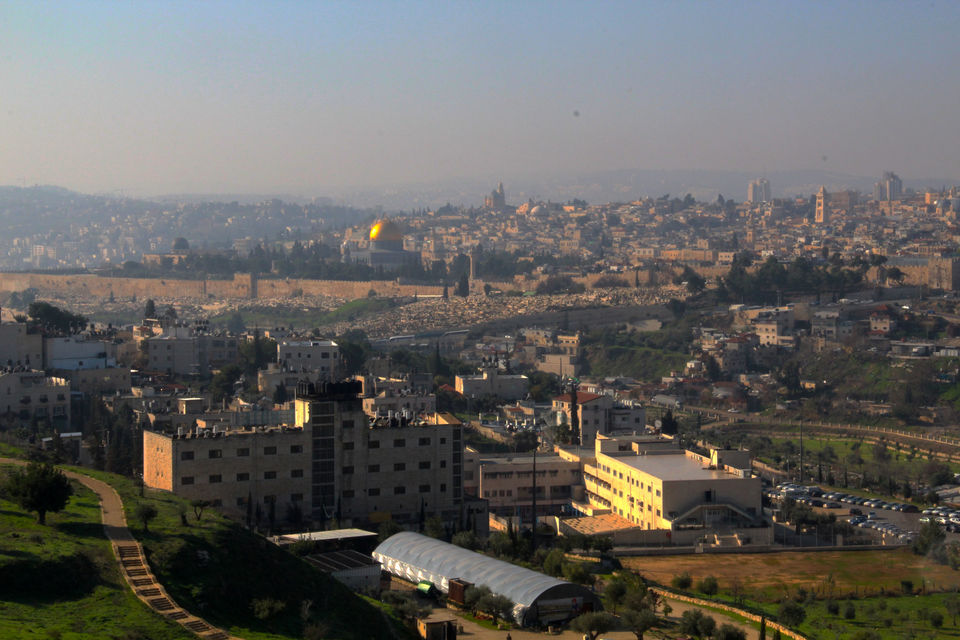 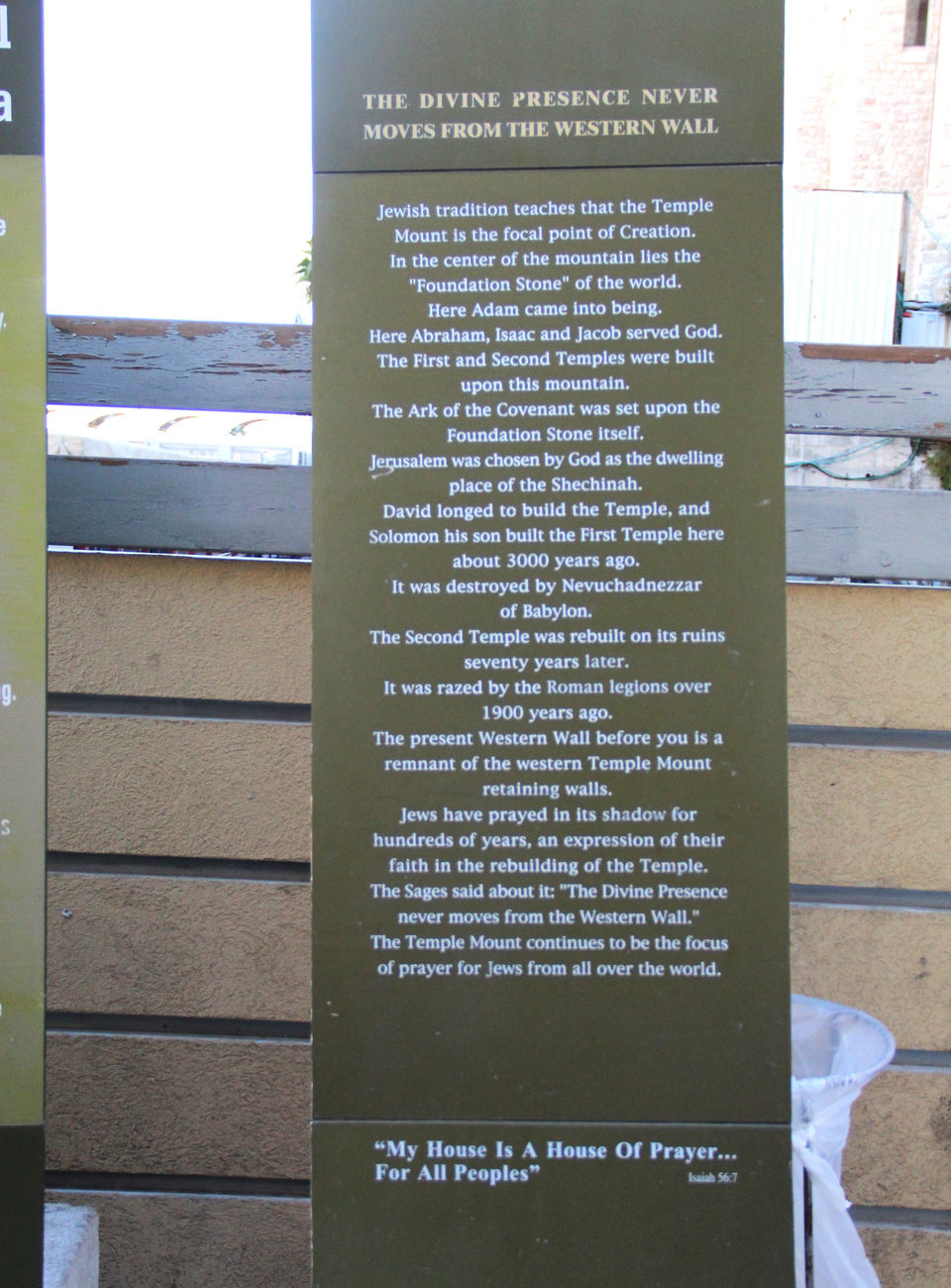 This blog was originally published on 'ROLLINGWITHKRITZ'