After an exhaustive night of exploring Udinur where an unique Pudhiyaramban Theyyam performance was encountered, we headed back to room with the help of friends and slept more than 9 hours since we had to awake for another night and day for Super interesting ritual called "KANDANAR KELAN THEYYAM" . I have analyzed various resources and came up short description .please find the details below.

"Kandanar Kelan was a yesteryear warrior. The story goes that once Kandanar Kelan was out hunting in the forest when suddenly the forest caught fire. Finding no other means of escape he climbed a tree where it was home of two snakes. The fire consumed the tree, the snakes and Kandanar Kelan. Vayanat Kulavan, another warrior god was passing by the burnt forest when he saw the image of Kandanar Kelan in the ashes. With his bow he traced out Kandanar Kelan and gave back his life. The theyyam is an embodiment of the Kandanar Kelan and how he shows his anger towards the fire for burning him up.The theyyam very prominently has two snakes drawn on his chest that depict the snakes that perished with him in the fire. Kandanar Kelan runs through the fire dressed in his silk and wearing metal anklets, perhaps the only theyyam to do. Hundreds of hunters would go to the nearby forest and capture large numbers of animals. The hunted animals were cut into pieces in front of the Kandanar Kelan Theyyam. This would leap over a huge pyre"

On the next lazy afternoon, it was very interesting to explore streets, food though weather was not all pleasing. Once we boarded the bus by evening, I had pressed my rewind button of memories while traveling in local bus and incidents like crazy night ride in uttar pradesh, chilling moments in Gangtok and Tram ride in Kolkata were hovering in mind for a while. In order to cherish memories, I started to amass bus tickets in which their local languages are printed and even cost numbers are not ruled out. Meanwhile, many scenic beauties were noticed on the way and we were not aware that we were going through many quite hilly regions. We fathomed ourselves that we had to get down and walked a bit. A green terrain with dusk colors never failed to mesmerize us and paved the way to reach nelangol temple. We have noticed few people sitting in outer premises of holy land and fire was kindled. Lowlight, New place and bewildering moments lead to tough situation to observe, listen and act quickly . Some village people enquired us and stunned to hear that we had come all the way from Chennai to document them. As per aforementioned story, snakes were drawn on his chest of the person who adorned himself as Kandanar Kelan in small make up room and started brewing his expression once chendai drummers were active for a while. We were not aware that time had clocked 10 PM and decided to have dinner in that place itself. After few hours, we puzzled ourselves that half burned fire were spread over the entire space and lights were turned off. I recalled that it was around 3 AM, people including small children started occupying around the premises. Kandanar kelan burst out from the room and a kind of spooky scene was encountered since lights were turned off! Meanwhile people started to kindle the fire by dumping the dried leaves from forest, he was standing on and off on stool, blessing from there and it was all spontaneous. Nothing was striking my mind to hold my position instead I was moving behind him which was not all good. I was hit by a small stone of fire! Omg! It was crazy but somehow managed to move outer premises to establish myself. What all I remembered that fire was fuming for 5 feet and it depict spiritual, unfathomable and anger. Suddenly he was jumping on fire and moving here and there more than 10 times. I had no idea where all the power he derived from. My camera was not all cooperative in such low light. All I bother was moment and henceforth, risked myself by keeping the settings with High ISO . Those 15 minutes event was full of drama, emotion and spiritual in spite of low light and spontaneous! You will aprehend them if you check the images below! 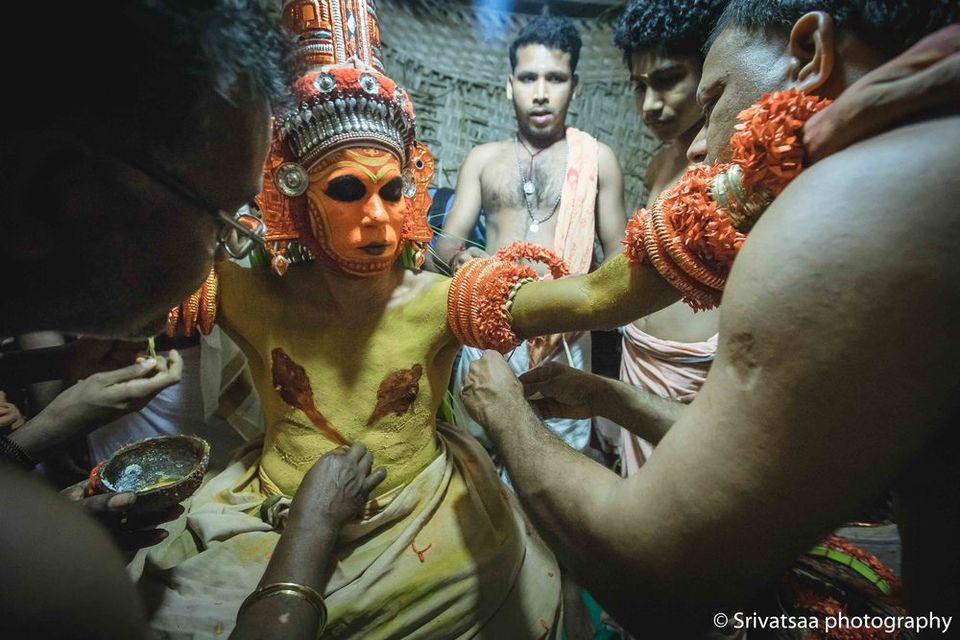 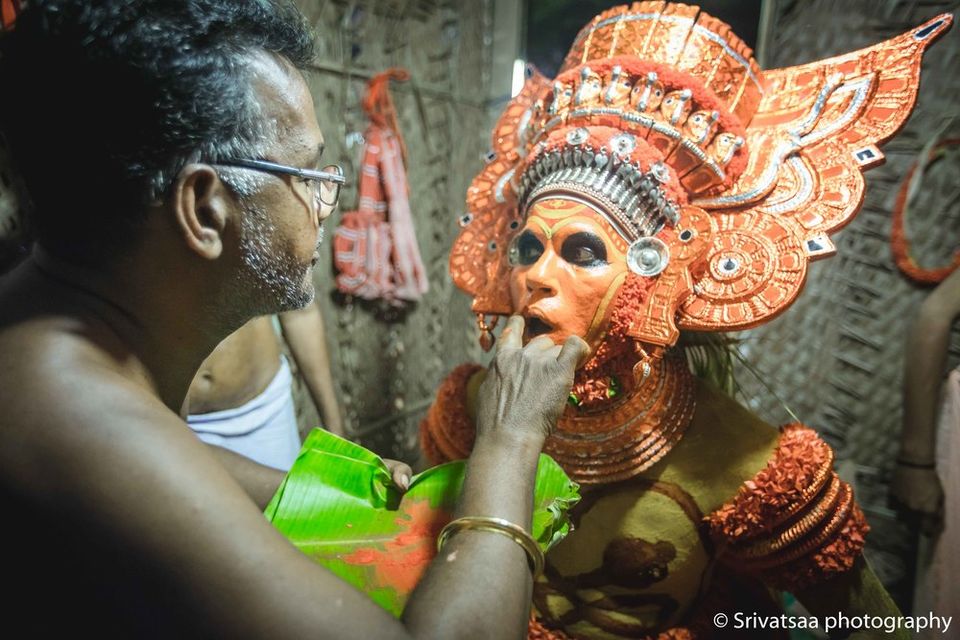 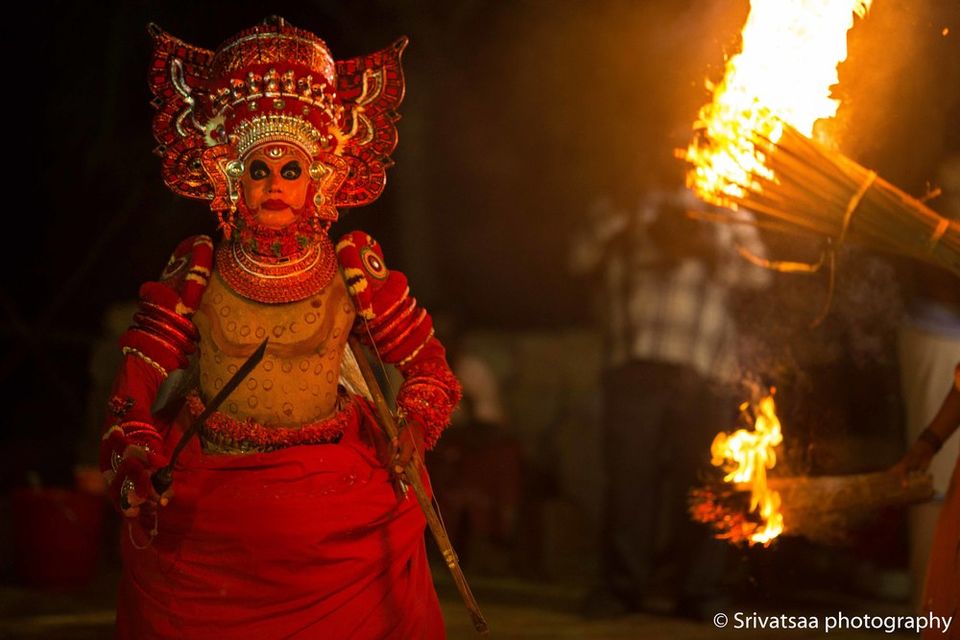 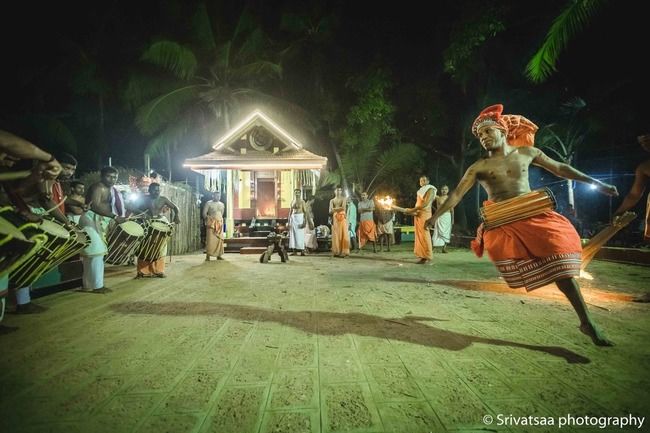 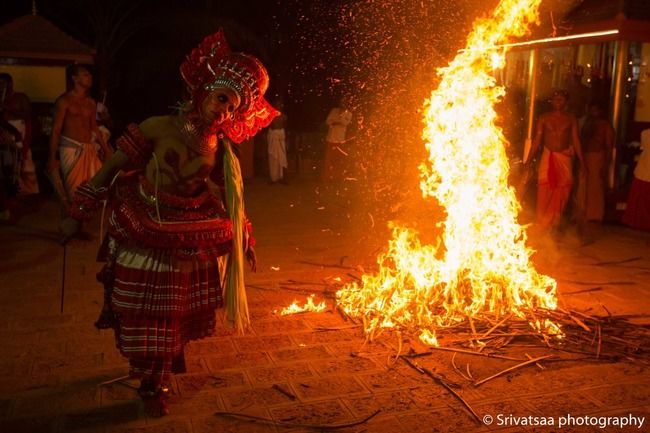 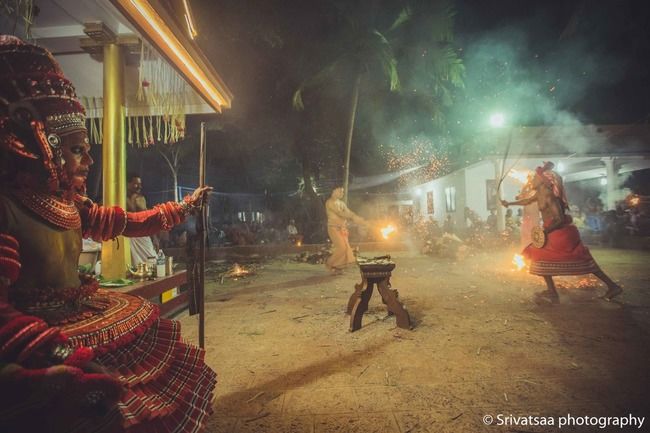 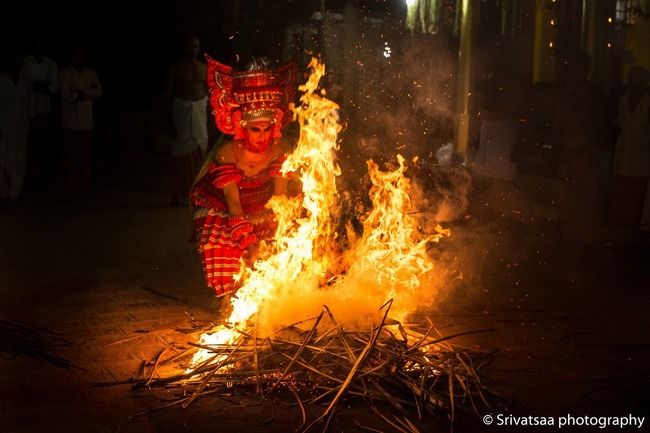 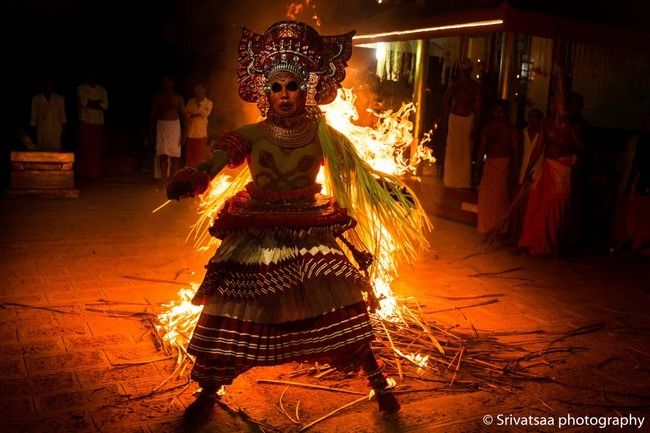 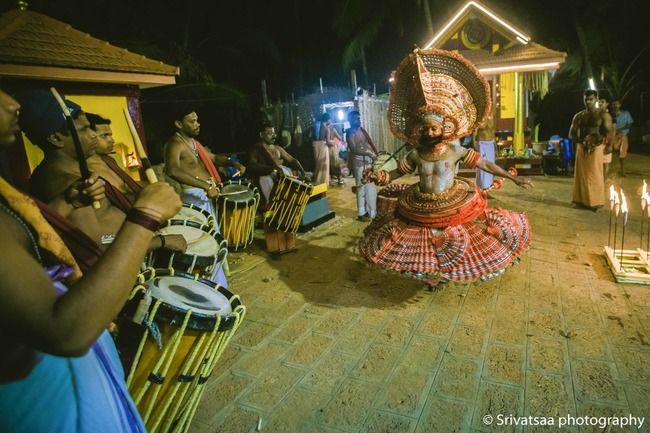 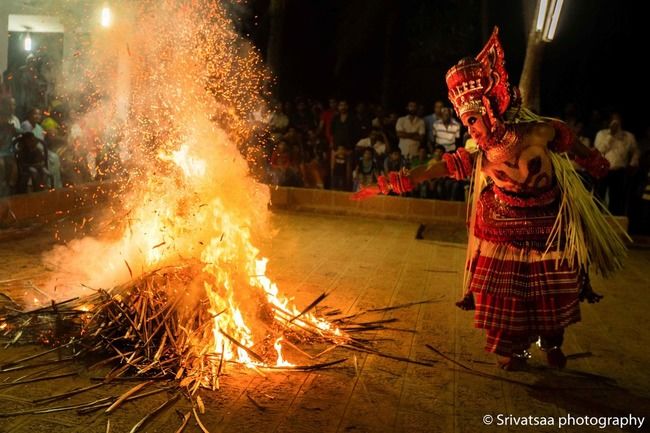 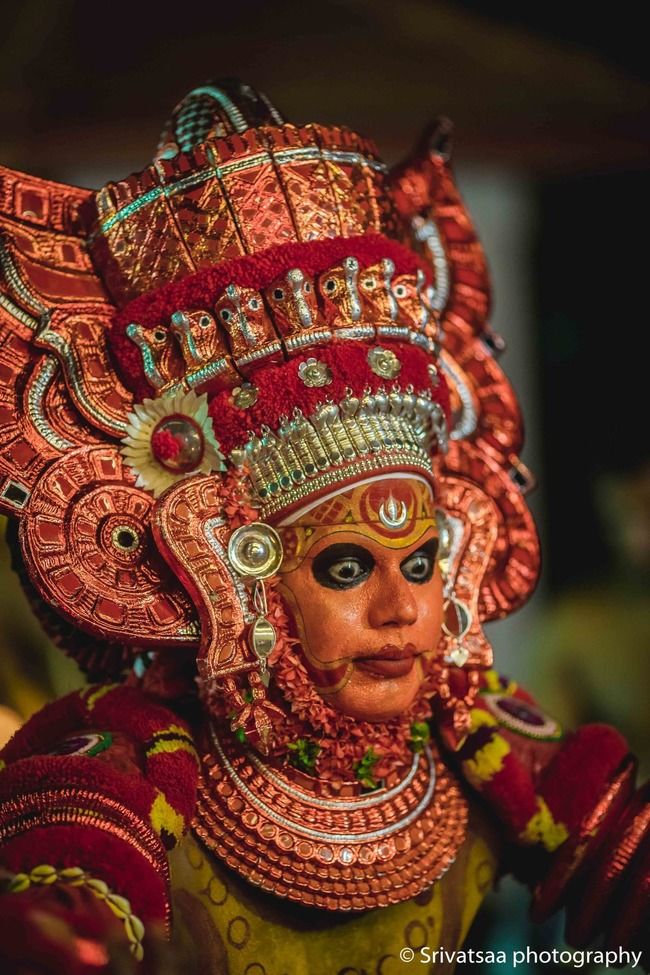 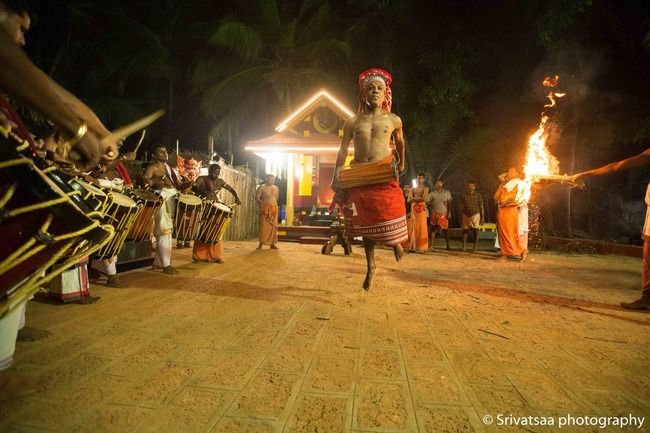 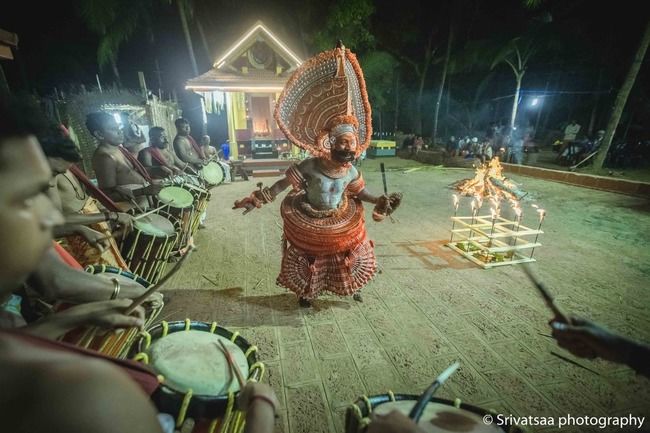 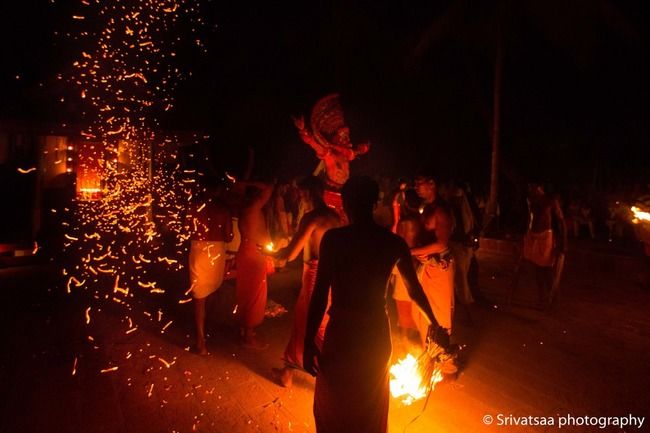 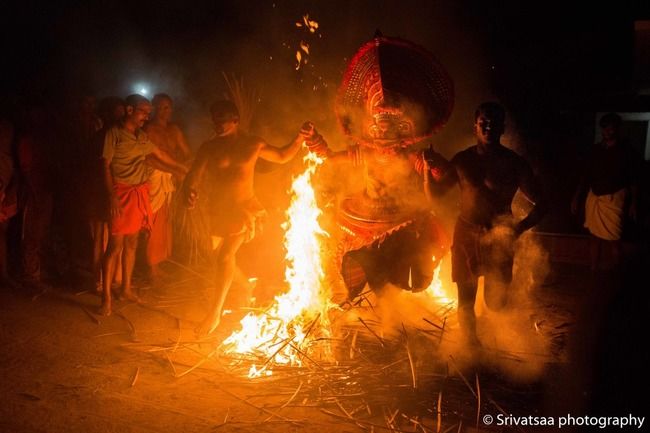 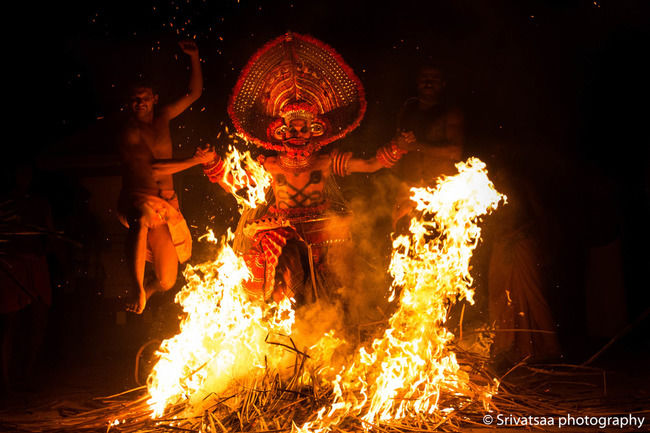 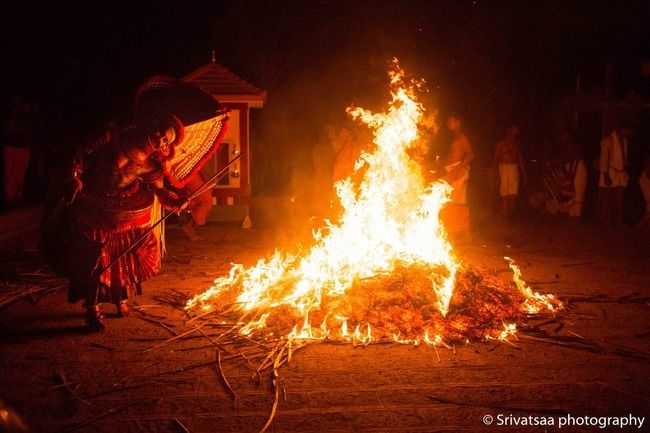 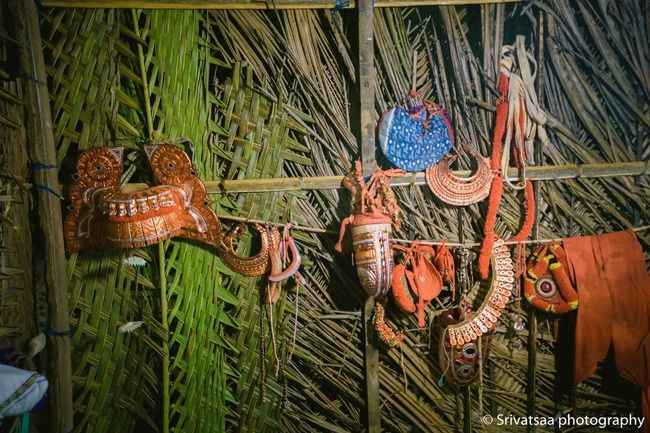