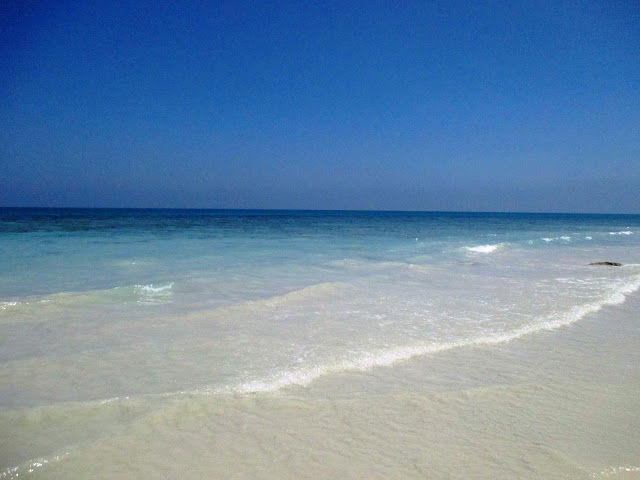 Our next stop in Andaman is now Havelock, the capital city famous for Asia's main beaches. This name was given to it here under the name of the dictator of Henry Havelock. Here all the names of the names seem like a symbol of English civilization, perhaps for a long time, due to their rule, this may have happened, although some people are also believed to be made of the Andaman Tamil language by the word Hanuman, which means Hanuman. Well, the meaning of the name, which, despite being a distant part of India, is very much liked in the people here. Due to living in Karnataka, the ears crave to listen to Hindi language and here it is very good to see the main language spoken in Hindi. The main reason for the fame of Andaman is the famous Radhanagar beach in Asia, only in Rivnagar, why other beach such as Black Stone and Elephanta Beach are no less. The beaches here are also known on the basis of number. The blue green water here is just sitting in the eyes so that there is no desire to see any other sea shore. Some such scenes were found there-

I can not say Thailand and Maldives out of India because they have not seen them, they can be comparable to those who have seen them. The distance here from Port Blair is about seven hundred kilometers, which can either be fixed by the ferry or helicopter. Helicopter service is affordable for the local people, but tourists are less expensive. Therefore, the only option is to save the ferry only. Here, two types of ferries are run by a private and second government, which is an open deck. The Government Round Phoenix runs Jetties three times a day at six o'clock, eleven o'clock and two o'clock in the morning. In the day eleven o'clock goes to Neil Island, which takes four hours to reach Havelock and then transports to another two and a half hours. Apart from this, there are two types of three types of private favors that also take about a matter of time. In coming visit, due to caution, return flight should be done according to the schedule of these ferries, or return flight from Havelock the next day of Port Blair Should be kept, as the ferries are sometimes canceled in view of weather. The private ferry makes the macroeus one and a half hours. The ticket of Mackrox is a bit more because it hurts quickly, but Anand is the only one in the Grooming Ferry. Ticket booking was done by Paramedic Andaman and our ticket was delivered to the hotel on the first day of the night. At the time of going, we were trying to use the day for Havelock Darshan instead of applying it in the ferry, so we decided to go for Macroz It was this ferry that ran from Port Blair at eight o'clock in the closed glass lane, and the one-and-a-half hour time seemed to be very much, ten to fifteen minutes to breakfast Minister will be engaged, but was beat the boredom of travel beauty of Havelock and get it full number of whole.

After spending half an hour in macarajeja, Havelock arrived in nine forty-five hours and there were some such welcome messages in the buildings there -

Thinking of getting out of here, how did the already-made Hotel Cross Bill Beach Resort show up to the jeep that reached and said that he would leave the hotel in two hundred rupees, did not know what happened, he talked about eight hundred rupees every day Well, the decision was very good because in pieces it would be costly to see auto or anything else. After reaching the hotel, after completing the check-in formalities, we went out to black stone beach. This place was three kilometers from our hotel. Due to being located in the village named Black Stone, this name has black stone. From the name of it it seemed as if many black stones were supported by the help of the sea, but believe little black stone can be seen. When we were moving from the hotel to the beach, we saw the parallel sea of ​​the road, but it was not going to see that we are going to reach a very wonderful place, or say it is not wasting time. But when the black stone reached, the words which the eyes had seen were not words to me. Bright white sand and its firozi sea, which was changing colors every moment. It was difficult to determine whether water is blue or green or some other color. However, we had come to think that it would not be in water but it was difficult to stop it. If you go away once, then where do the waves leave, it is called again and again. After seeing the views of this, it came to the conclusion that the famous Havelock is also known to be many times more famous. Capacity keeps. When black stone is such an ideal, then how will it be like Radhanagar? A special thing in the middle of here is that there are forests attached to the sea, who can sit in the shade and enjoy this changing sea waves. Most tourists get back to Havelock seeing Randhangar. Therefore, this place is devoid of crowd, so it is very clean. According to my plan, we had kept an hour of black stone for those who seemed less in terms of natural beauty, they could say that it was not back from the back. But there was also time for stomach worship and we were also going to the hotel for some time before going to Rādnagar, and we were also looking for some time to relax. Therefore,