Once Again in Ooty 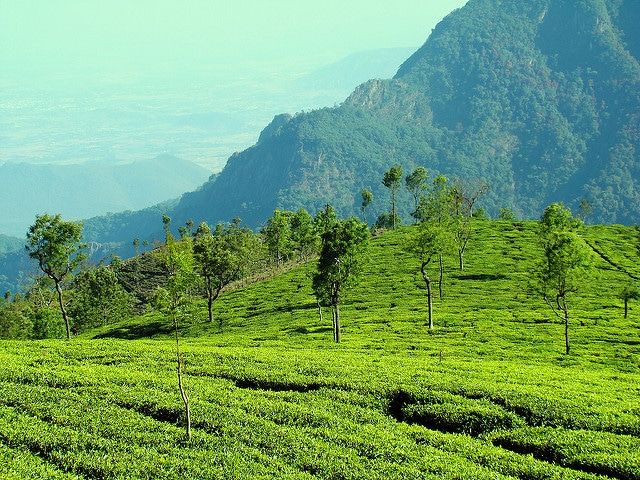 Once again, the fortress of the fort was started in the mind. However, this was the main reason for the visitors to visit this time in Bengaluru. Now those people are coming from North to South then they have to take them somewhere. When I decided to go, I had to go out and think that I would go back to Ooty. We had gone to Ooty once a few years ago, then for us it was not so much of interest to go here but the people who came from far away have come to know the place of Ooty.

Ooty is three hundred kilometers from Bangalore and there are two ways to go. On the first path, Chhattis hairpin bands are found. This way we had already visited and still we had to go through this path. The other way is a bit longer, where eighty kilometers is added, but this path is easy to move and the hill path is reduced. There are two attractions in this path, considering these places according to pre-determined schedule, we will come back to Bangalore after enjoying the long journey. Meaning, your planning has been done to come and also to go. Since the journey of Sakleshpur, we are proving to be a little late. Lastly at 7:30 a.m. we left for Ooty. At nine o'clock we were on Medpur where we had tea snacks in the Hotel Nandi Cafe. Going through the city of Mysore means being trapped in a stupid jam and if there is no work to go there, then we will go ahead in the way of Ooty by crossing Mysore Bay near Road. There was a lot of difference in the condition of the road since five years ago. In many places the toll plaza was built, but the pick-up shop was not yet installed. On the way, we now reach the forest of Bandipur. It may be the weather that would have killed the forest here, which seemed deserted instead of green. Do not be afraid of thinking that if there is a forest, then deserted will be seen. I mean to say that the greenery was very low and the forest was not even looking like a forest. Even after the name of animals, this time, except for a buck deer and an elephant's child, nothing will be seen. Oh yes the monkey had seen but now where the monkeys believe in the wilderness, then they are also seen in the middle city. After this, after crossing the forest of Bandipur, Madumalai came into the forest. The name changed but the nature of the forest remained the same. Well, it's the joke of the joke, the forest itself is a forest. Who knows when the animal can be found. That too when there were warnings written in place and did not get out of the car, then the traffic stopped on this route from 6 pm. Now we have reached Gundulpet, there are two ways of going to Ooty from the first one, in which there are Chhattis hairpin bands, we had gone earlier this way and are still going the same way because this path falls a little bit and the actual mountain paths Just as joy is given, the other way when it is not seen now, what can they say? Counting a couple of three, six threescore twists of the whole chhattis were passed and we reached the land of the red soil country in Ooty. Soon after we reached the booked and pre-booked hotel, we took advantage of the Parralls brought from home. By not spending too much time in stomach worship, we were in the mood to roam through which we can see as much as possible.

At Ooty we first reached the Botanical Garden, but this time it has not been able to attract as much as before. The lack of flowers was breaking too much. Weather is a matter of weather, when we came in July, the shade here looked very insignificant. Immediately hit a round here and we moved to the next stop at the Wax Museum. Hey, is this place looking differently? It does not seem like it has come before.

Take the first ticket and see the inside views. Inside, a good copy of Gandhiji, Mauni Baba, Veerappan and a drunken man has been made. I thought the daughter would love this place but she did not even feel this flushed eye and we went ahead. Outside here, the roanak is going on. Large swings have been found that have become fun for the children and there are smaller small artificial water reservoirs, which include boarding and jerking for the children. Leaving the daughter to these people, we both went inside the Jarling white ball. Overall, it was very fun to go inside such a big hair and move round it. So far the darkness went deep and the weather got cool and we went to our hotel. There was no food arrangement in this hotel and in this cold season we could not even dare to come out, hence the managers of the hotel By talking we got the food right here. In places like Tamilnadu Kerala, there is not much choice for vegetarians, so eat whatever is found in the heart.