The Haunted Corbett National Park: The Mystery Man On A Rainy Afternoon 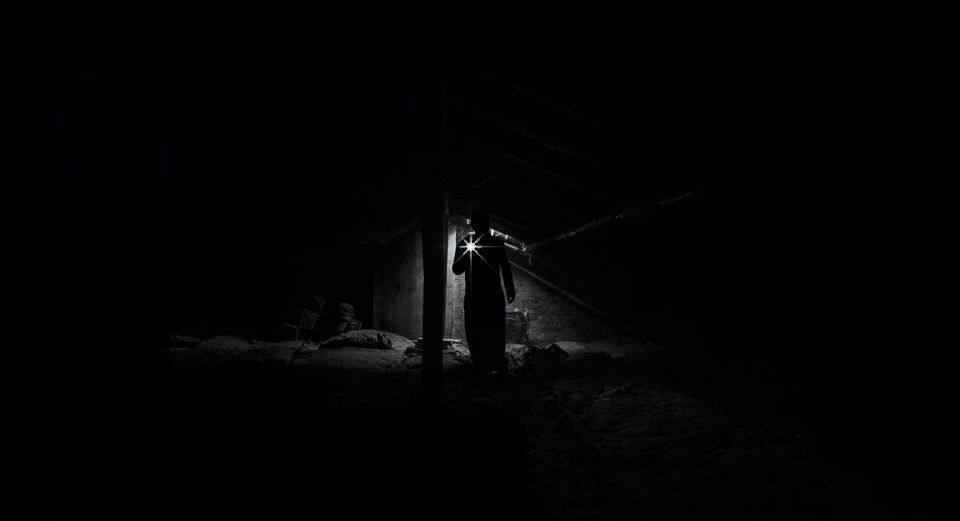 We had crossed the sharp bent after the Sterling hotel. The stretch was rocky with tall trees all around and suddenly we could hear the sky break with lightning. The sound of rain sounds ravishing here. No longer it’s the playful charm of city dwellers, it’s one of those torrential rains that would make the valley flooded once again.

We were four people in the car. My brother’s brand new Nexon XZA+ needed to go for a spin. It was right after the Independence Day last year. The monsoon will be harsh, the met department had predicted. But the smell of a new car makes you untamed. You cannot be patiently sitting at home.

We began our drive a bit late than most road trips. When our car had hit the highway, it was already 9 in the morning. Our plan to start at 6 AM was ruined due to the sudden shower. We made a prolonged stop at the Burger King at Garjaula. Two miscalculated events and at 2PM we are still two hours away from our destination, Naukuchiatal.

The weather started getting bad when we were crossing Kasipur and got worst right after the Birjrani Forest Gate. We started driving uphill near the Durga Devi entry point when the rain had subsided.

But now it started to pour. We couldn’t help but to pull over by the left. The inside of the windshield is getting foggy, so switched on the air conditioner. The wiper in its full speed couldn’t make the view in front clear. I tried pulling down the glass a bit, but the sound of the rain coupled with a nearby stream gushing at full throttle made the ear numb for a while.

It’s getting darker. The tall teak trees have covered the sky and the only time anything would be visible when the lightning would stuck. Surprisingly not a single car is passing us from either side. Seems like everybody had resorted to pullover by the side to minimize any damage.

While I was thinking this, my brother from the rear seat said the same thing, “It rains like this in the hills, but never have I seen traffic coming to a halt like this.”

After fifteen more minutes, the rain seems to slow a bit. The next thing we thought was to drive a bit ahead and keep moving at lower speed. Because we have now passed most hotels of Corbett and we must head to Naukuchiatal, which we now expect to reach not before the dark.

As I revved the engine, a figure of a man appeared in front of our car. The high beam of headlamp is on and we could clearly see a healthy man wearing a raincoat and carrying a red umbrella walking towards us. The man passed our car, turned back and came and knocked on the front window on the driver’s side. I rolled it down a bit. “Don’t move ahead. The stream has rose again. Be careful,” in a hissing voice he instructed us. I still couldn’t catch the full face of the man. He was wearing glasses. The face is covered with the raincoat. Normally when leaning down to a car one would put the umbrella behind, but this man brought the umbrella towards the front. This made the water from his umbrella drop on my right hand and his face wasn’t clearly visible. I rolled the window up and looked back towards the rear seat. My brother suggested we keep moving as the rain has paused for some time now.

A few hundred metres ahead, it was a sight we would never forget. I have never seen the streams of Corbett area flow at such intensity. Seems like all the water of Himalaya are flowing down. There is a small bridge to let the brook pass down and not overflow the road. The bridge isn’t too elevated like a normal bridge. If you try hanging by it, your feet might touch the river water in normal times.

The narrow stream with enormous water-flow has risen and overflowing the road. It wouldn’t be an intelligent move to cross at the moment. It reminded me of the streams that flow across roads on your route to Leh.

“Look at your right!” my brother exclaimed. Now that’s a scene we could never erase off our memory. An overturned small white car is lying in middle of the stream. If that wasn’t enough. There are two adult leopards sitting by the car, completely drenched. That’s a bit unusual wild animal behaviour. The car was shaking at times like a wounded fish as the water moved below it.

We were so engrossed at the event, we forgot to bring out camera and click the moment. We kept watching and thought whether the leopards would move. We have been to the jungle so many times and its only a few times that we encountered such a sight. But when we are heading somewhere else, we get an experience never to forget.

Such overturning of cars isn’t uncommon in the hills, but I have never heard these streams here being so strong to push away cars. And then it stuck us what are the leopards sniffing around. The car laying by the side had the boot half open with a big umbrella peeping out.

We don’t believe in ghosts or paranormal activities much. But right now, it flashed right in front of me the umbrella that man was holding. It was similar to this one but then there are thousands red umbrella.

A truck honked behind us and sped away. We realized the flow of the stream has subsided and decided not to wait here another minute. As we drove ahead, a few kilometres of similar terrain around, we found a forest department jeep standing by the road. We pulled over and told them what we saw.

There were two people who looked at each other and asked us to proceed to where we are heading to. The only thing we could learn from them, the car was lying there since yesterday. They couldn’t rescue because of the weather. When we told them about meeting a man in raincoats and red umbrella, they again looked at each other and remained tight lipped.

What we gathered during our stop at a dhaba on the Marchula-Ranikhet highway is what we saw isn’t uncommon. At times when a lonely forest guard would walk around, a man with red umbrella has often cautioned him of tiger or python nearby. For people driving, there have been instances of warning the occupants of rising water level in road or elephants during the dark.

Jim Corbett himself, India’s most famous wildlife hunter-turned-conservationist, had experienced spirits and chronicled in his book. He had heard screams of witches at Kumaon that would “curdle one’s blood and arrest one’s heartbeat.” So it wouldn’t be a smart choice to shoo away such stories.

I still choose to believe it was a good Samaritan who warned us about the river having seen another car overturned.