An amazing trip to Kasol and Kheerganga

Trek to Kheerganga and a Trip to Kasol (Mini Israel)

Bored with work and desperate for a holiday, we were in search for a place since a couple of months. This time it was Himachal and the not so known place of Kasol. It was about 20 days to go when we booked our tickets. If we summarize Kasol in a line we can say, it is a place for the lazy holidayer to sit and relax. However, our entire trip was exactly the opposite. After a thorough research our plan fell in place and it was 4 days that we had for the actual holiday. Must mention the 20 days looked to pass at a very slow pace and we were eager to board the train and leave for our destination.

So it was 25th June, 2014 (My Birthday) and we were all set to leave for New Delhi. Thanks to my friends I celebrated my Birthday inside the train by cutting the cake. Our group comprised of 6 people and each of them were as excited as the other in the group. The journey to New Delhi from Sealdah was not that comfortable, all thanks to our tickets not being confirmed. We got only 3 berths to share among us. This time besides just a car for 5 days, we had not booked anything from before. (Although we were confused if it was a better idea to travel by bus to Kasol).

After reaching New Delhi we set off for a 14 hour long road journey to Kasol. Stopping after an hour%E2%80%99s drive at one of the nearest Restaurants of the Haveli chain, we had a great treat with yummy Punjabi cuisine. Roads till Chandigarh takes some time due to traffic congestion and it took us 7 hours to cross Chandigarh.

The next halt was at another road side dhaba at about 7:00 PM in the evening for snacks. For us living in Kolkata, it was a surprise to see bright daylight at that time in the evening. It was roughly 9 hours (since the start from New Delhi) after which we actually spotted the mountains, but to our disappointment it was too dark to enjoy the scenery around. We kept on travelling and stopped again at 11:00 PM at a dhaba for dinner. Finally it was 3:00 AM we reached Kasol. After a long search during the entire journey we had finalized a suite for the night. It was too expensive by Kasol standards but at 3:00 AM in the night we dint have too many options to choose from.

The road trip definitely left us exhausted but the excitement to trek kept the spirits going. We woke up by 9:00 AM and got ready to leave for our trek. The look from our room was outstanding and seemed to change every few minutes with the clouds passing by and the sun rays kissing the snowcapped mountains. (Pictures Below).

We had enquired if it was mandatory for us to take a guide along and we were advised not to take one. However, on reaching Bharseni at 1:00 PM (the place we start the trek) we decided to take a guide with us. I would recommend taking a guide if you are a first timer like us. Although, we had read and were told that it was one of the easiest treks, I would say for city people like us, it proved to be a daunting task. 11 Kilometers that too on a path like Kheerganga can really test your stamina and physical capacities. We had another option to take a shorter route but were advised not to travel that path as it was pretty dangerous.

The initial views are striking and you would be excited to start running and reach the top as soon as possible. However, the initial minutes of trek left us puzzled, if at all the plan to trek so long was a good one. Giving our backpack to our guide we actually seemed to crawl at a slow speed and having doubts of completing the trek. However, after an hour%E2%80%99s trek and getting used to conditions and encouraged by the amazing views we seemed to find it easier to walk. Having chocolates and energy bars, we halted at a small restaurant and drank some fruit juices. After the halt the next couple of hours we saw great views, met many foreigners, got followed by cute dogs, and the excitement to reach the end, kept us moving.

Stopping again at Rudra Nag we clicked some snaps and then moved ahead. However, when we were almost half an hour from Kheerganga it started raining and we had to stop midway for a few minutes. We met a group from Delhi and their previous experience about kheerganga seemed to excite us more. Finally it was another 45 minutes (toughest of them all) that we reached the top. We were greeted by several foreigners (who had trekked to the place) with Namaste after reaching the top. The entire journey was of 5 hours and we were told that it was a good effort considering we were first timers. We came across a temple of Lord Kartik (brother of Lord Ganesha) and were told that it is a place where he spent 14,000 years meditating after he was depressed over his fight with Lord Ganesha.

We booked our makeshift rooms and took a break for a few minutes before we were informed that it would be better to go off to the hotspring and take a bath before it closes down. With almost no energy left, I along with Jassy stayed behind to join others after half an hour at the springs. On the way to the springs we decided to give a call to our parents back home to inform that we were safe. Although, you got no network at Kheerganga, a 15 min trek to a spot near the makeshift camps catches the tower for the Airtel and BSNL networks. I would advise informing people back home beforehand that you would not be in the coverage area after reaching Kheerganga.

We walked towards the hot spring and saw our friends coming back, but moved ahead to spend some time by sitting inside the pool. We were told that sitting sometime inside the hotspring can make all your tiredness disappear. It seems to be boiling water but you can easily spend a few hours inside. After an hour when it started getting dark we came out of the pool and we really felt light. We were too hungry and felt weak (not tired). We moved towards our rooms and as expected found all our friends sleeping. However instead of sleeping, Jassy and me decided to have some food. Staying at Ice and Fire we tried some mouthwatering dishes. From Soups (Hot & Sour recommended) to Israeli food to Sizzlers, you would find some great dishes to try here. Burgers of different types is a must try as well.

We were joined by our friends later and after a heavy dinner we all were off for the day.

Third Day: Trek Down to Kasol and evening at a Hidden Party

The next morning we woke up early (all thanks to the intense sunlight). After coming out of our tents we saw some amazing views of the mountains and found ourselves in the middle. This was probably one of the best moments as the views of sun hitting the snowcapped mountains seemed to mesmerize us.

After having breakfast, it was 11:00 AM that we decided it was time to trek down. We would have loved to spend another day here, but limited time was something we had to keep in mind. It had rained last night and the trek route was all wet. We moved slowly and this time it was exactly the opposite as we had to control our steps and not put extra efforts to walk.

Although, it takes less time to come downhill, trekking on those paths was not easy by any standards. We had to be more cautious and control out speeds. Cracking jokes, meeting some good looking girls, and getting followed by dogs, we reached Bharseni in 4 hours. We boarded our car and it was time to leave Kasol and travel to Manali. However, while passing the streets of Kasol, we (inspired by Jassy) felt it was better to spend another night at this place (I was not too much in favor of this but it turned out to be a good idea). We had our lunch at 5:00 PM in the evening and then started our search for rooms.

After searching at few hotels we finalized a room beside the river flowing through Kasol. The view was enough for us to book the room, even though we were 6 people and the room was for just a 2 bedroom (Due to peak season rooms weren%E2%80%99t available). We were informed about a hidden party which was happing on the other side of Kasol. Excited to be at a place for which Kasol is actually famous for, we got ready (despite being dead tired).

It was about 8:00PM in the evening when we started to walk towards the place. After just crossing the road we had to walk through a dark area and cross the hanging bridge. It sounded exciting that we were going to a hidden party. But to our surprise it was a walk beside a dangerously flowing river. With no lights it was a real difficult walk of about a kilometer through a rough and a narrow path. The initial danger was the hanging bridge. Once in the middle of the bridge and just a torch light with us (we were carrying only a single phone) it gave us Goosebumps and the roaring river did make it more dangerous. To be safe we formed a line with me leading and guiding the way to the hidden place. Those 20 minutes were really adventurous and the river flowing in the dark really seemed creepy. 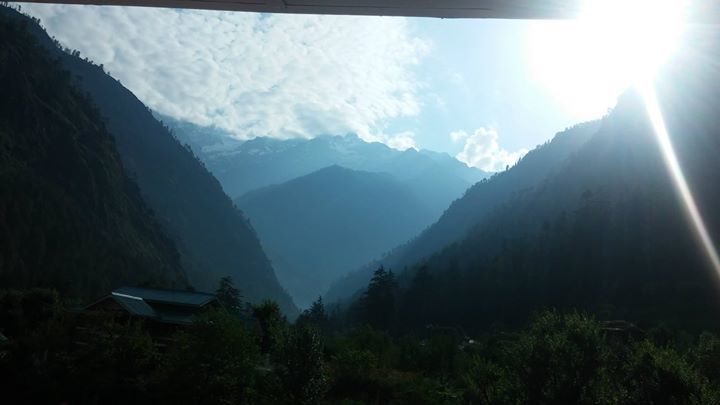 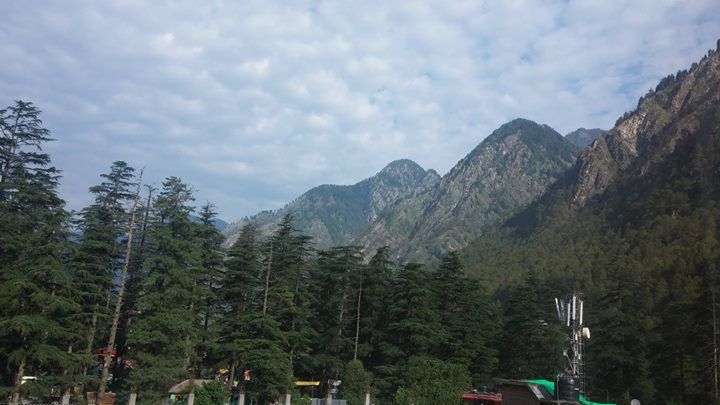 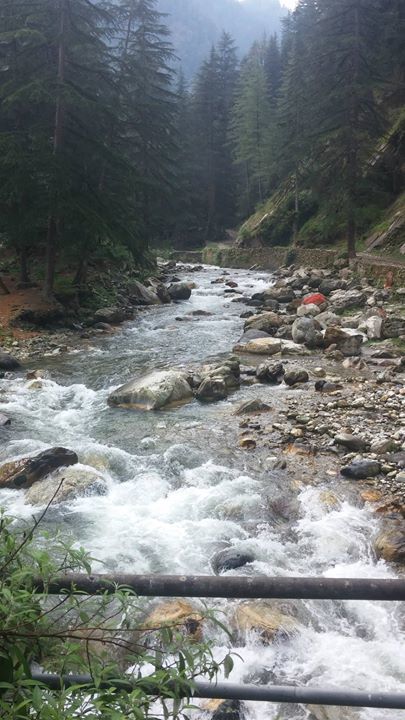 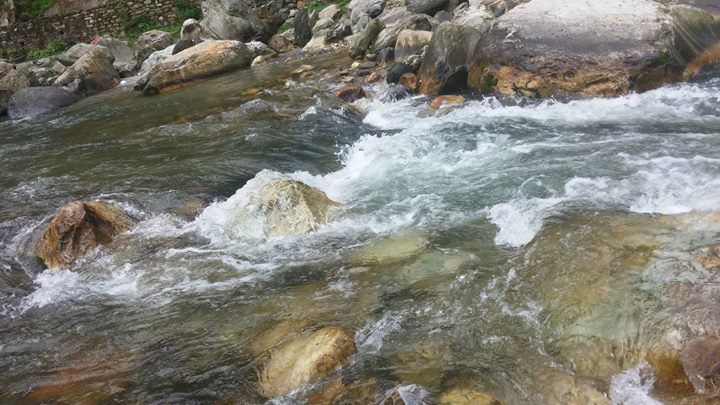 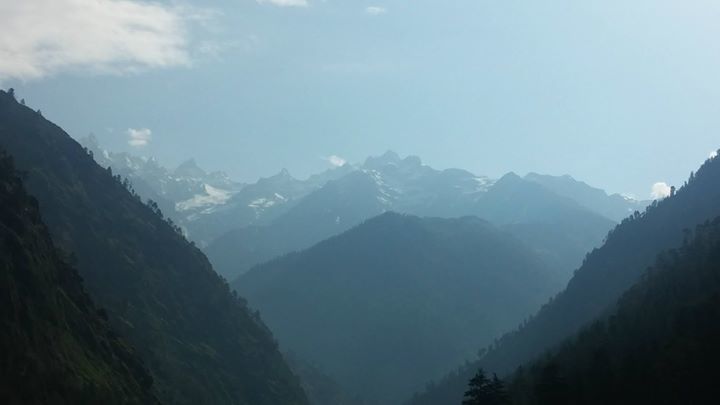 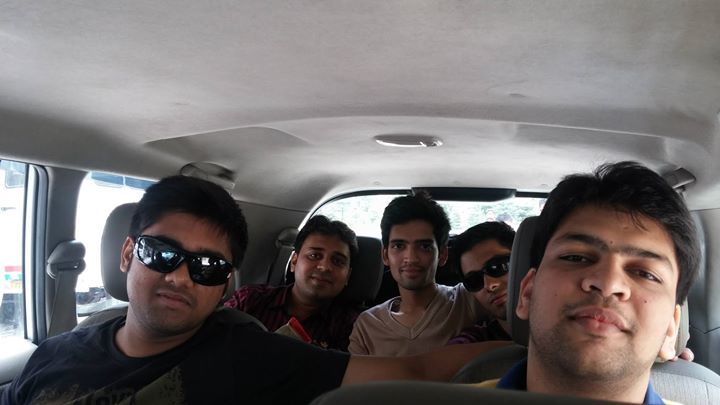 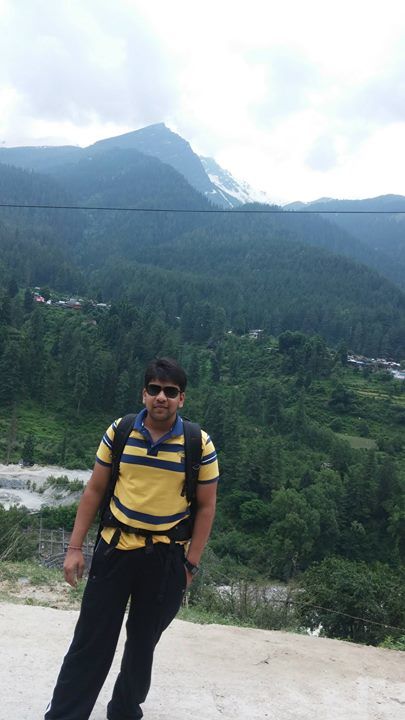 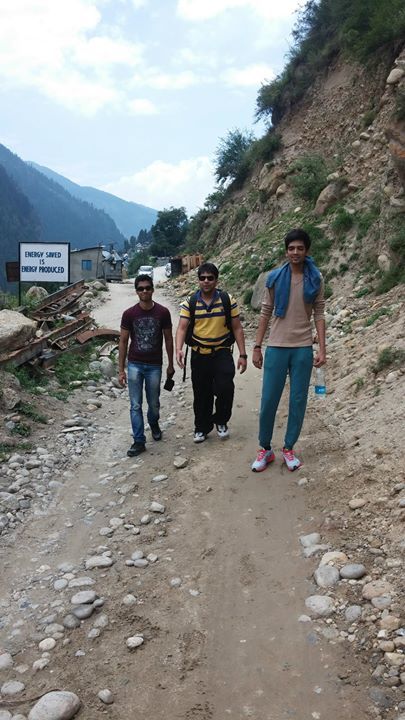 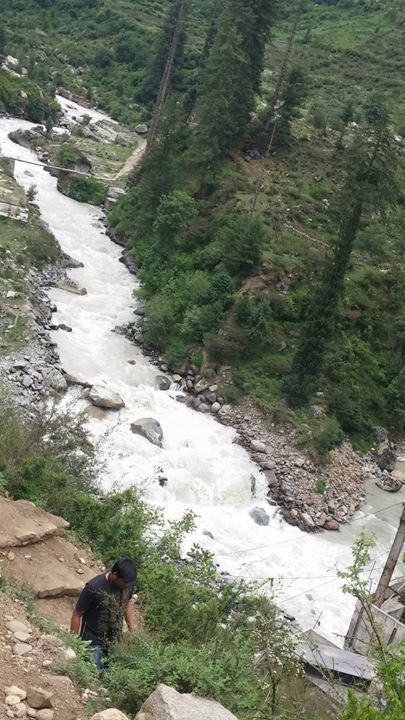 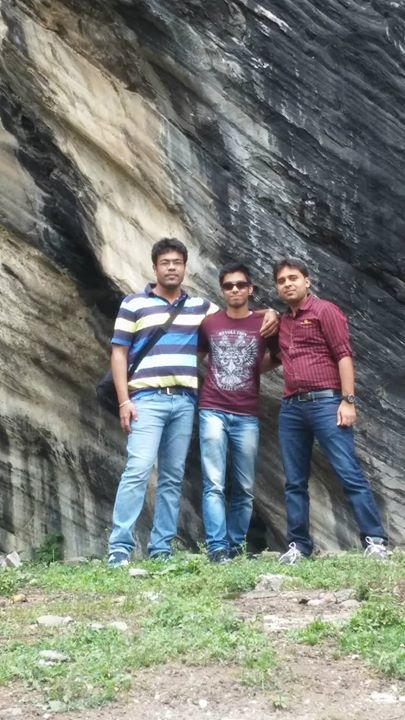 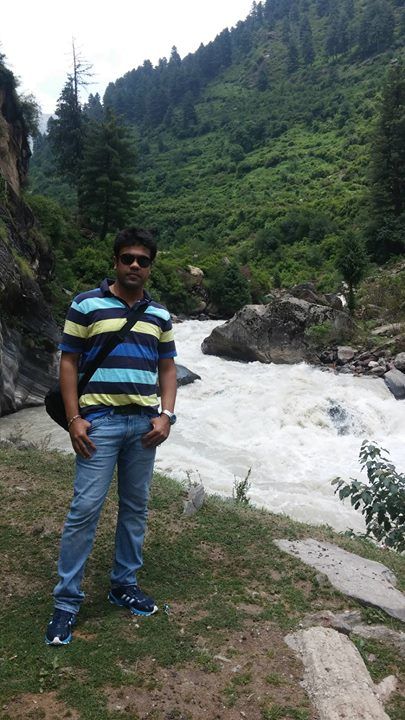 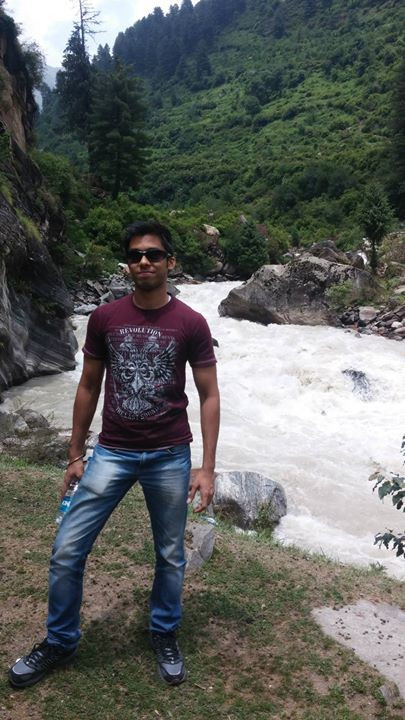 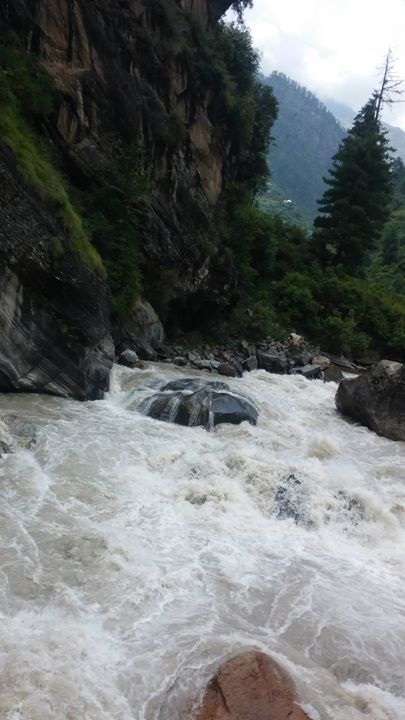 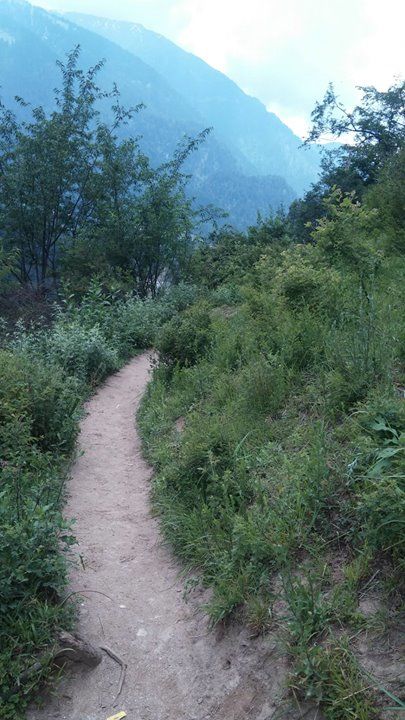 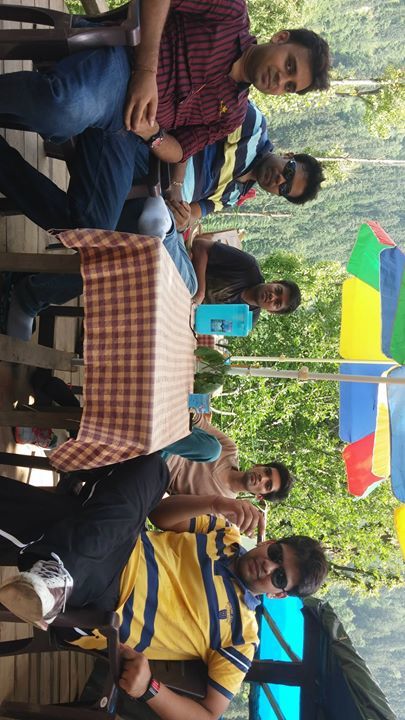 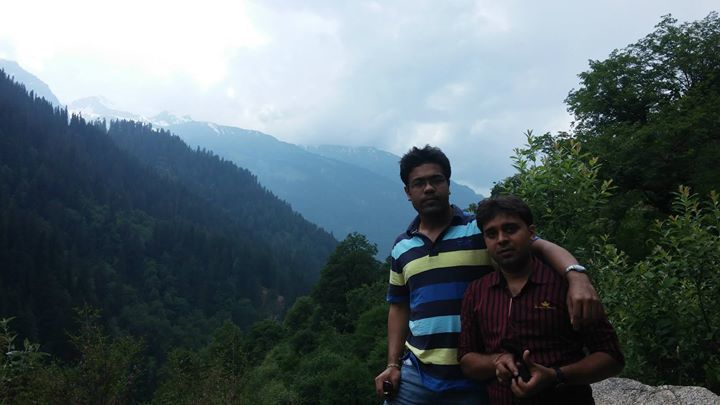 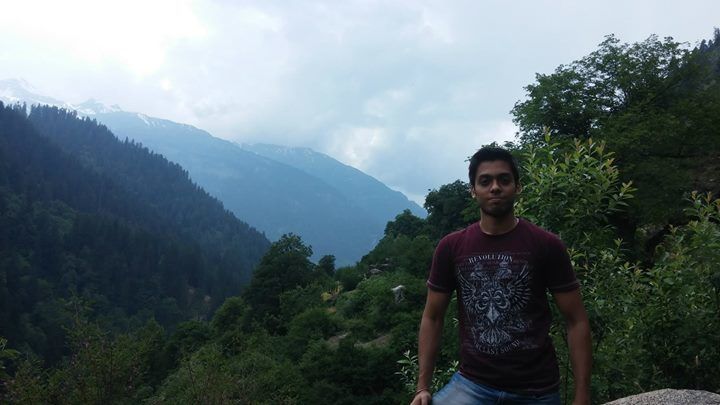 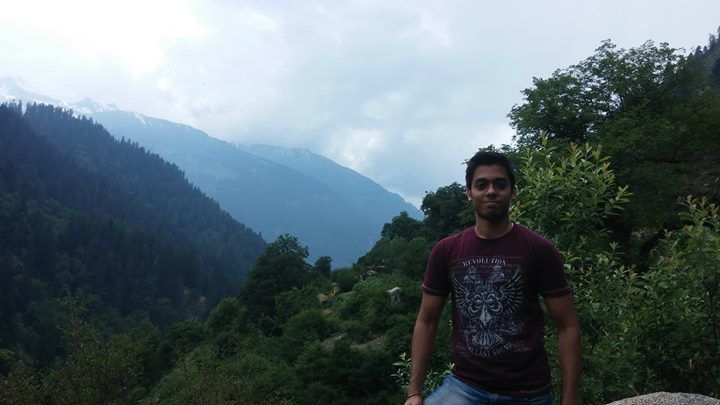 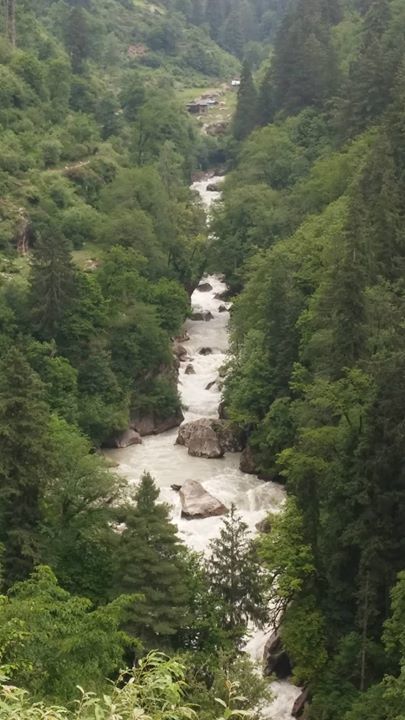 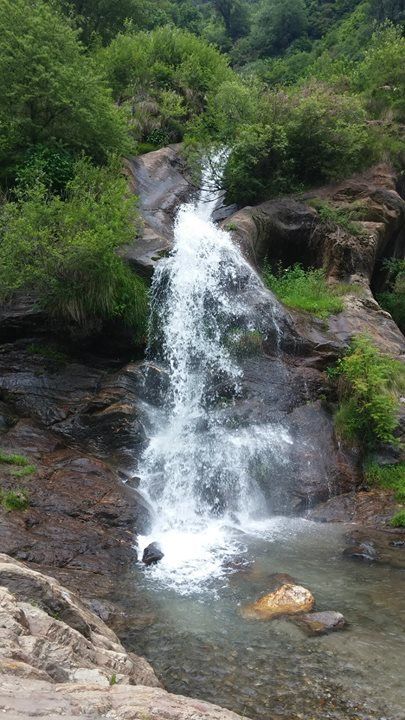 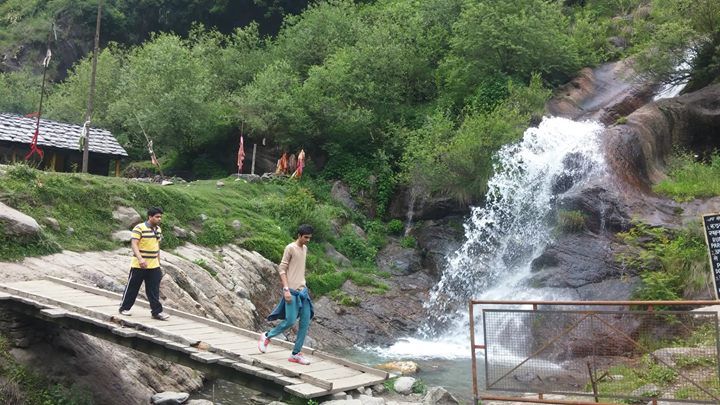 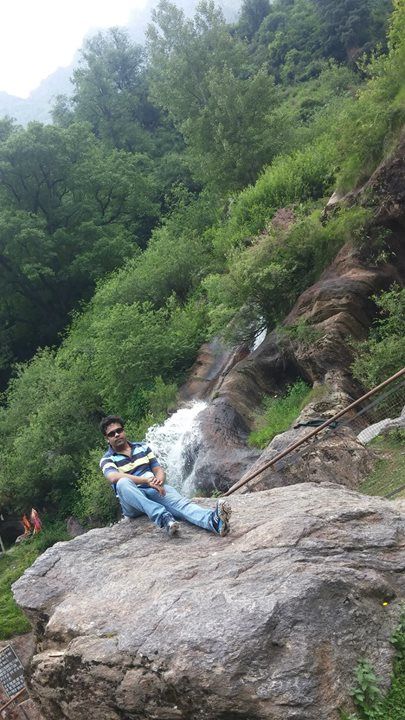 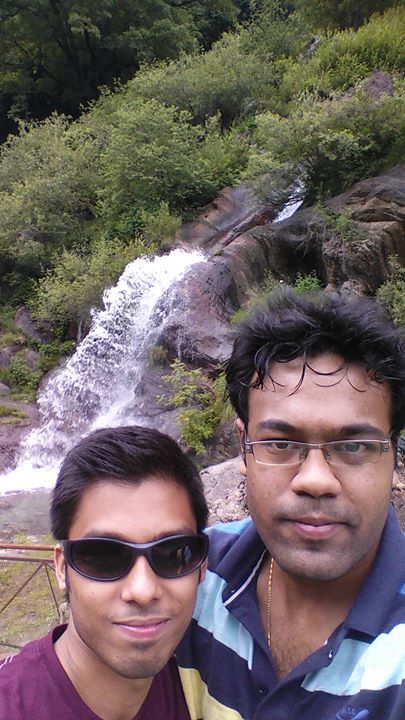 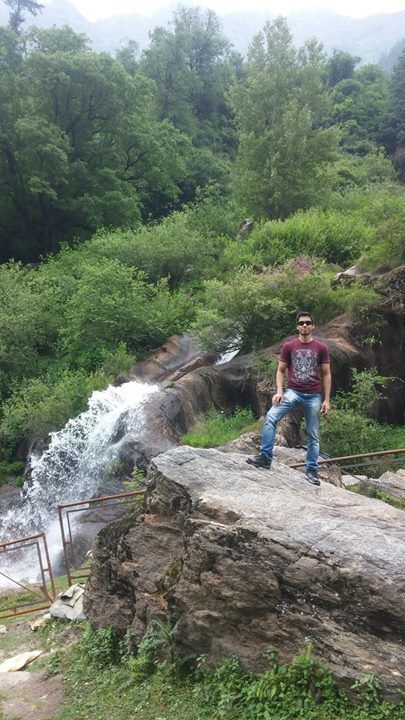 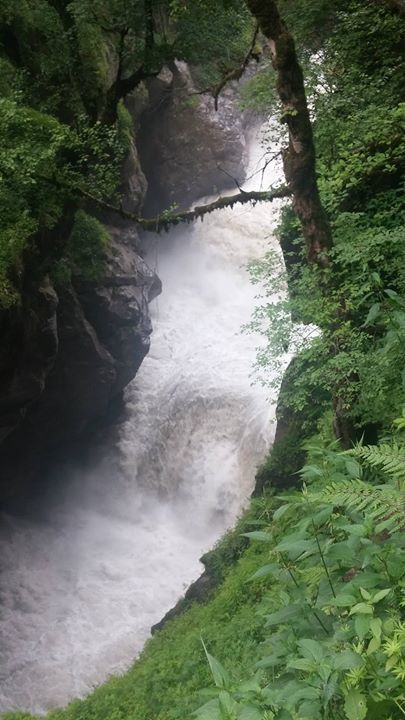