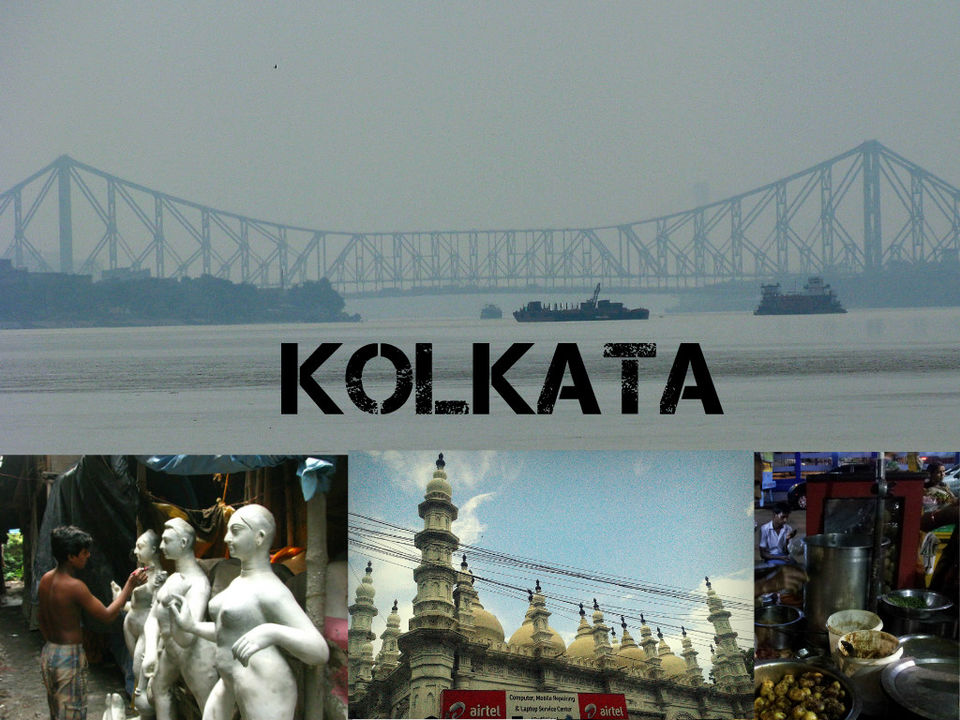 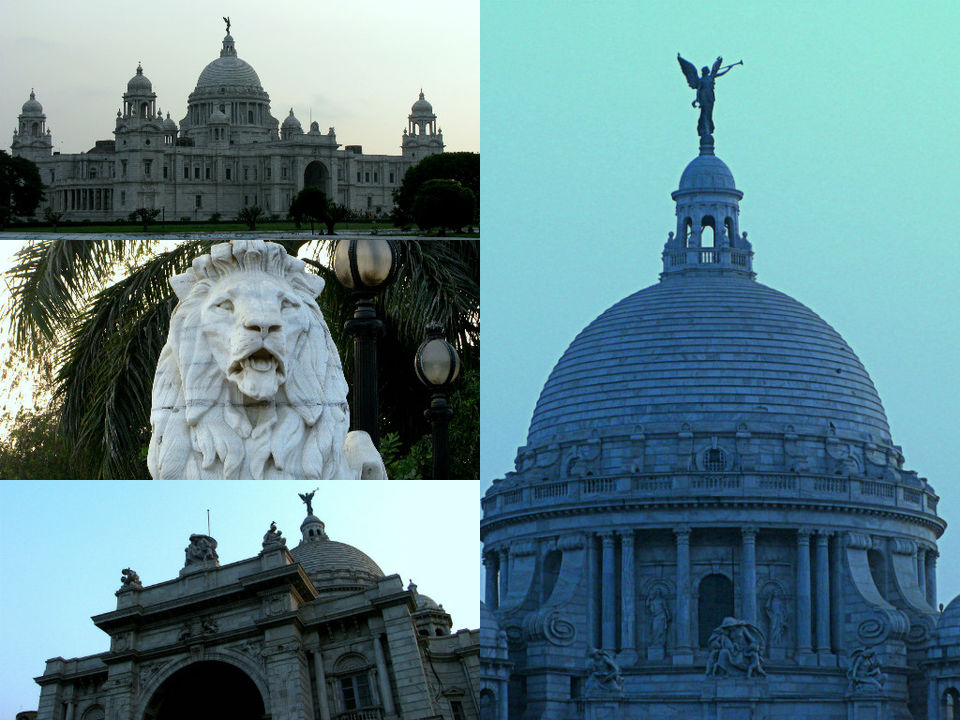 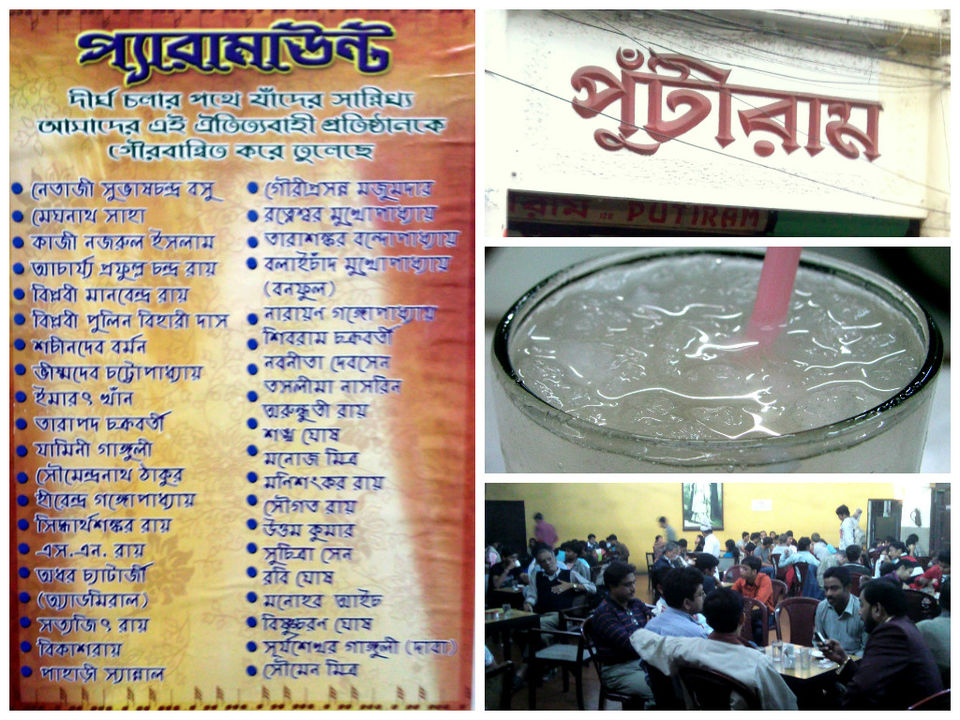 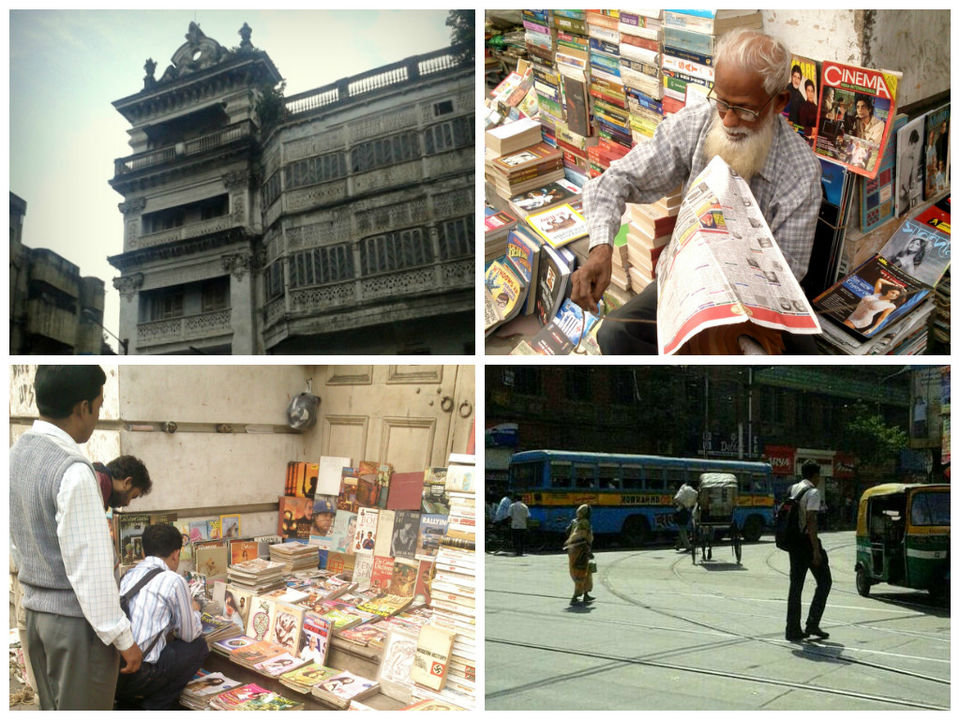 Inside a taxi in Kolkata 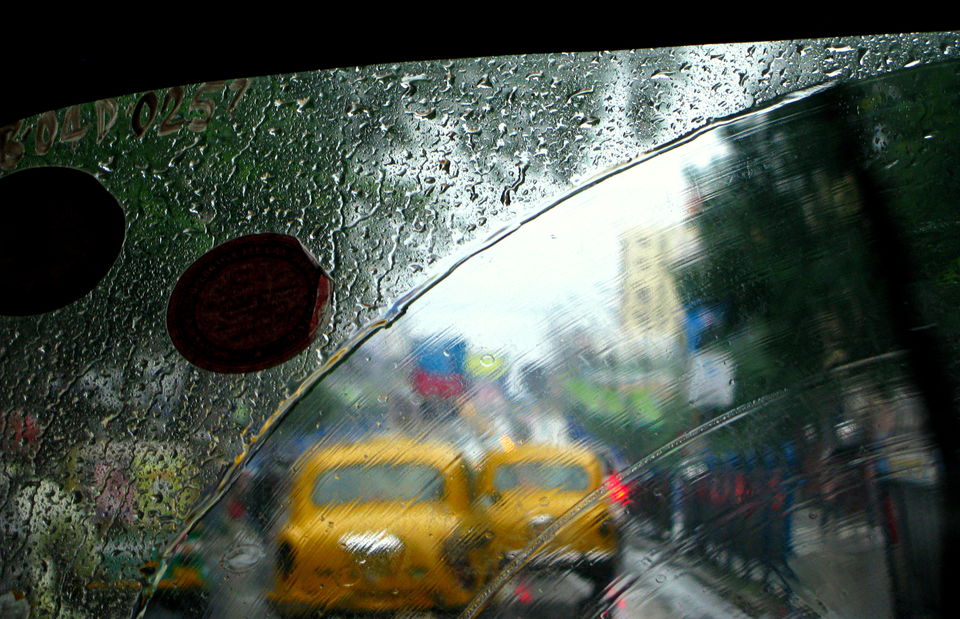 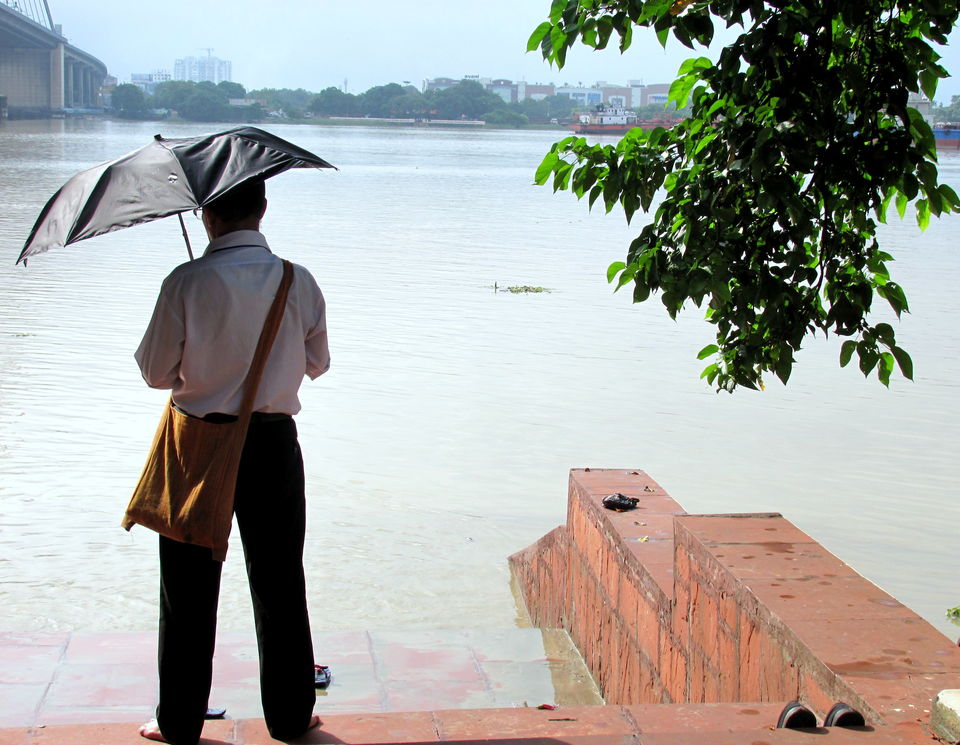 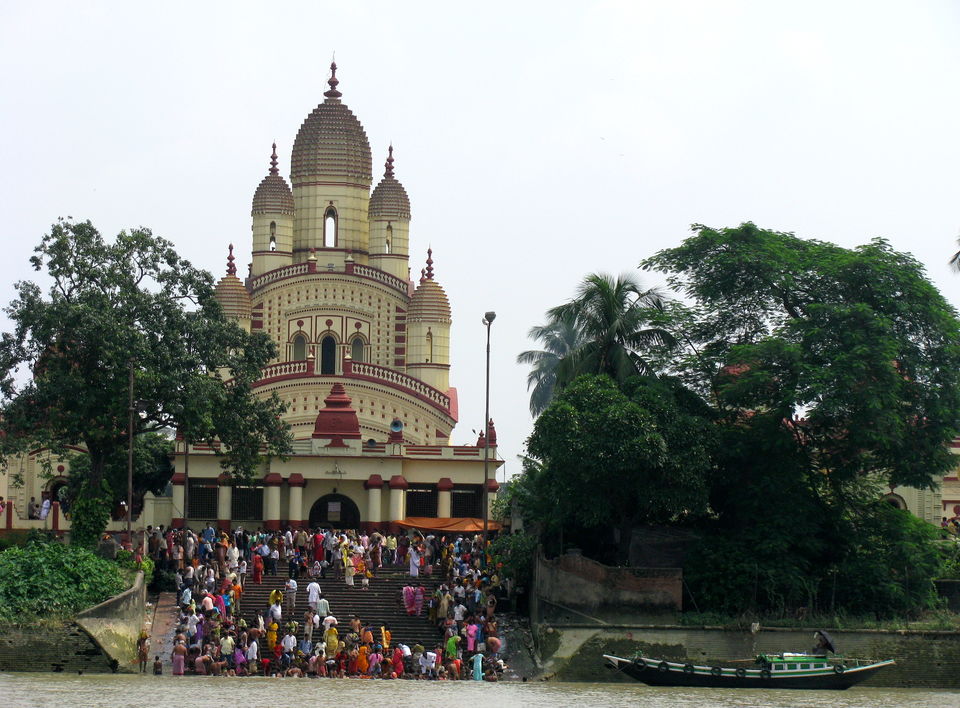 A Steamer at halt 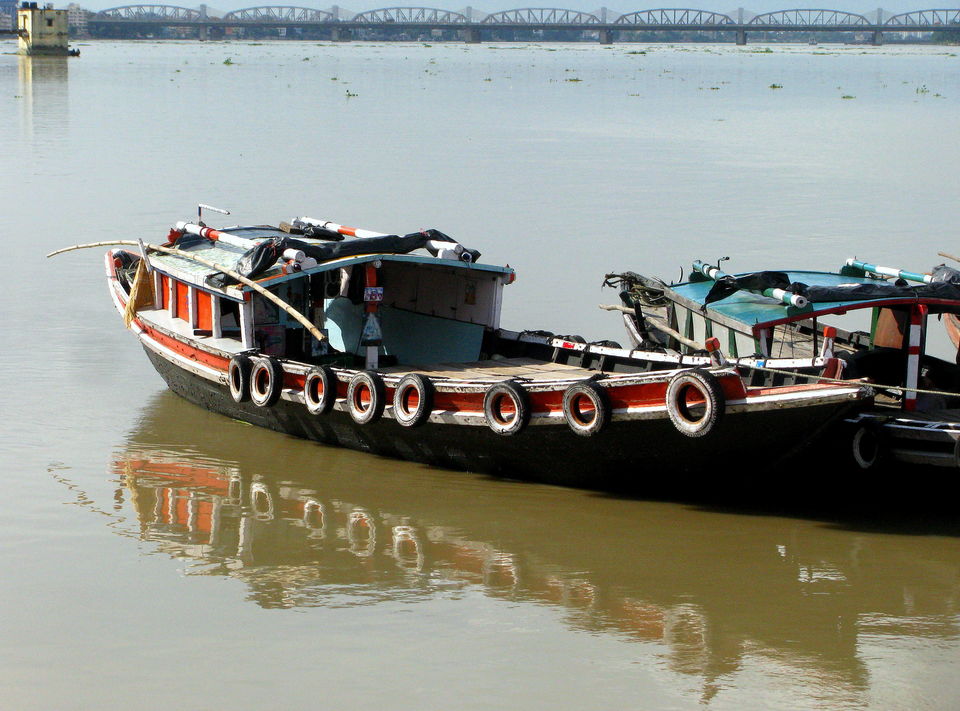 Sunset on the river 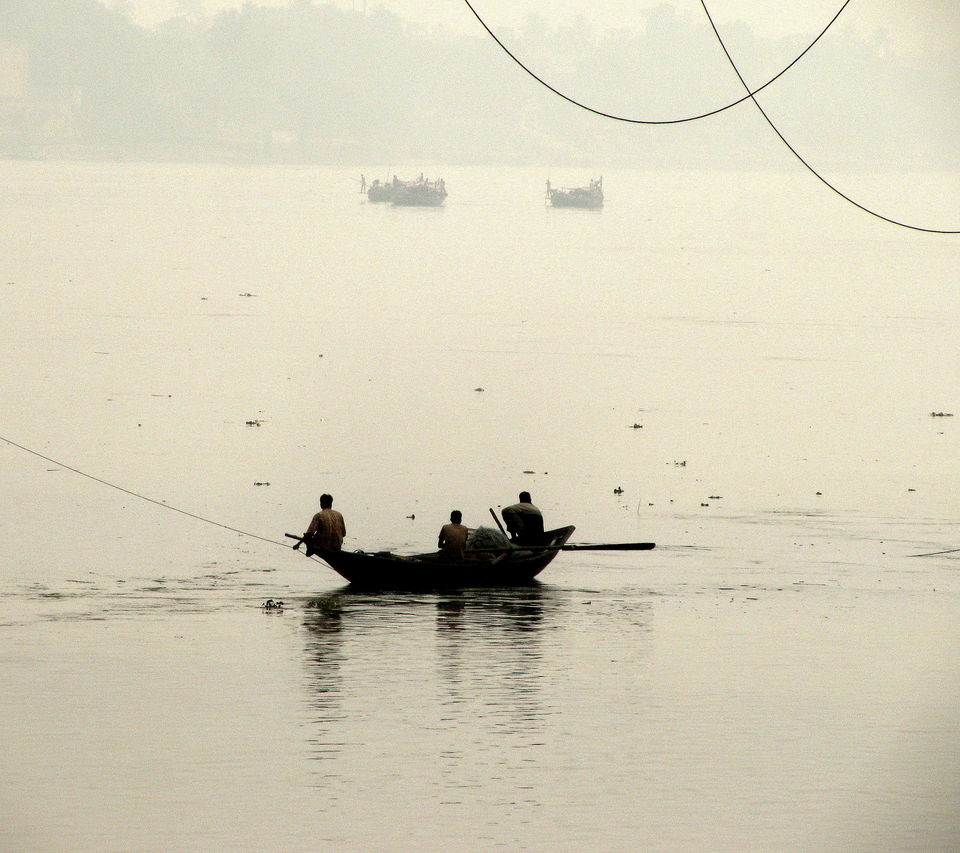 Howrah Bridge from the launch (Vessel) 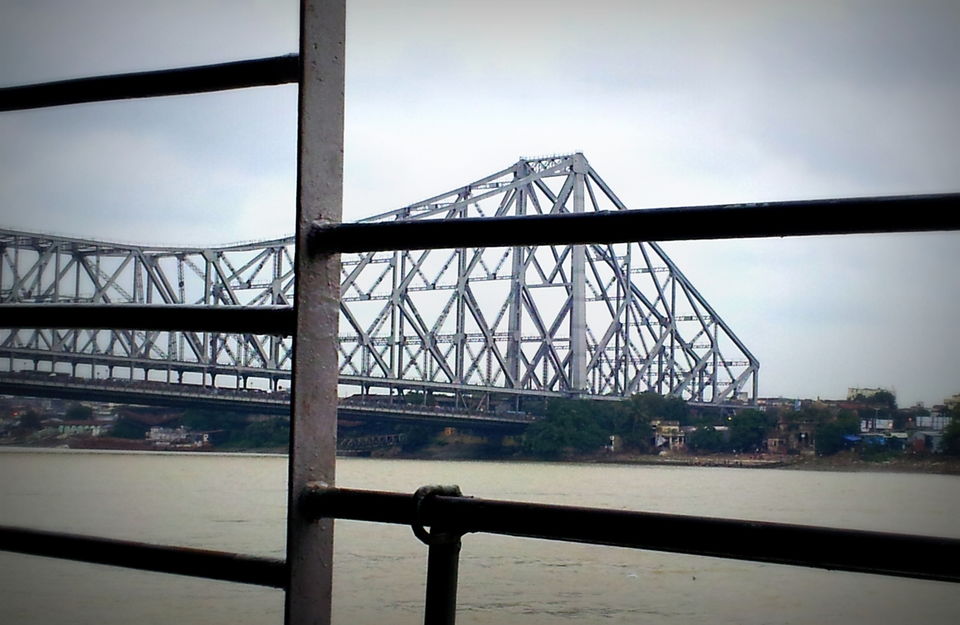 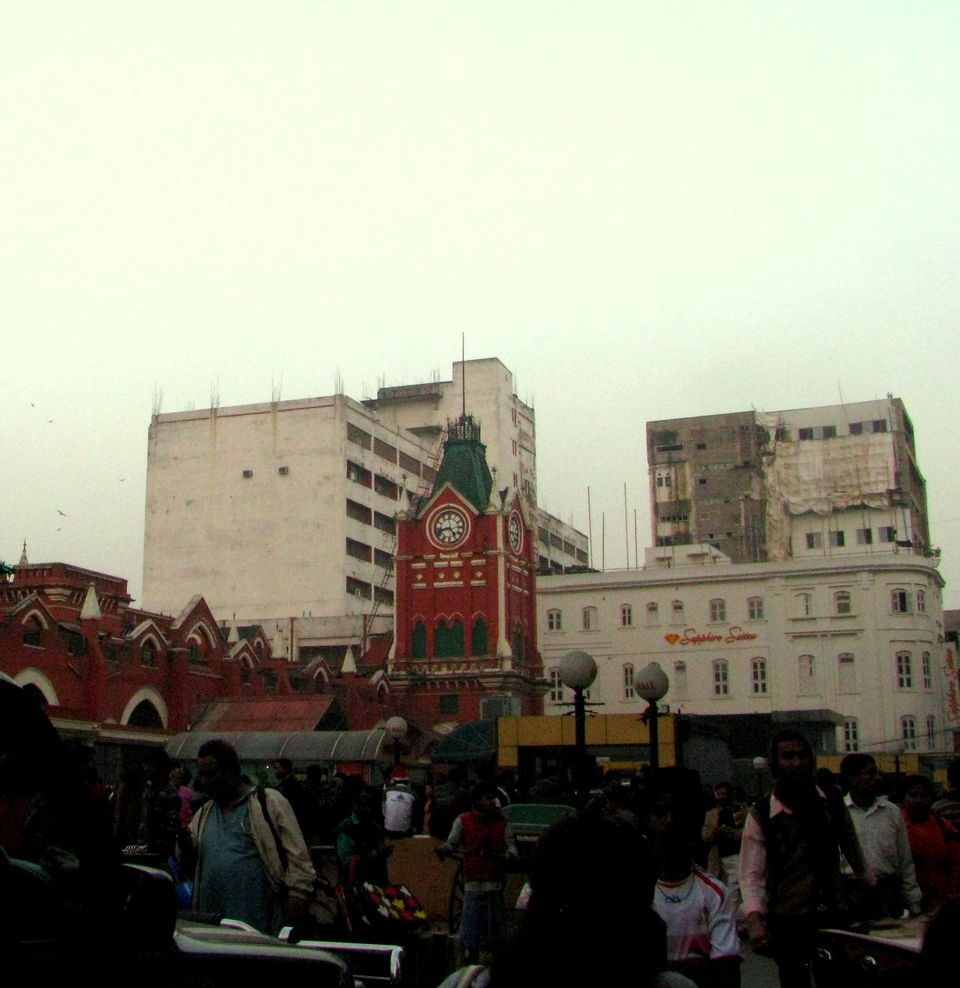 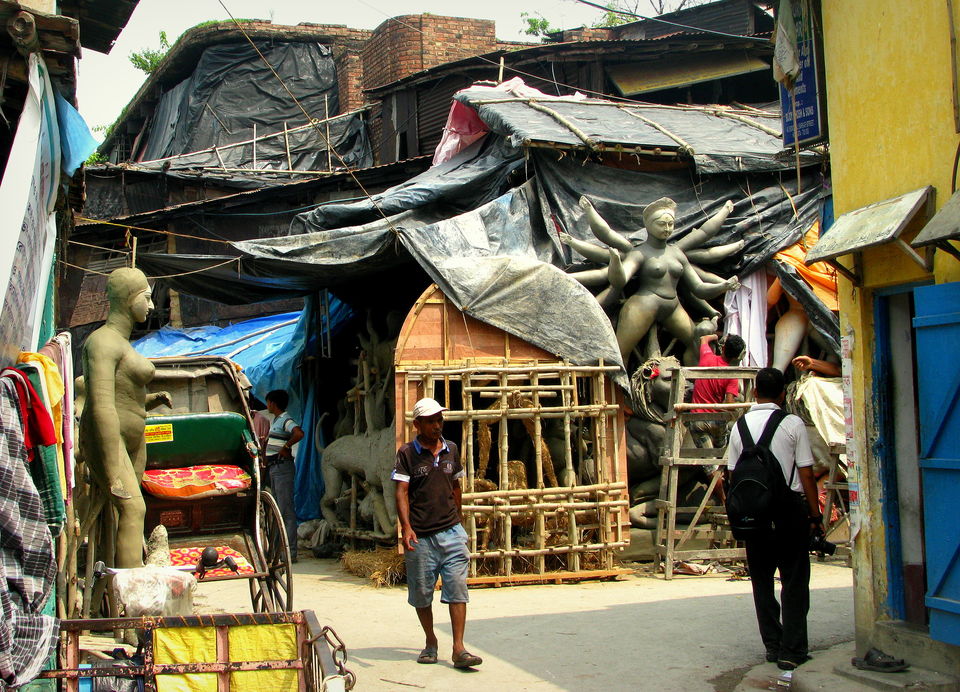 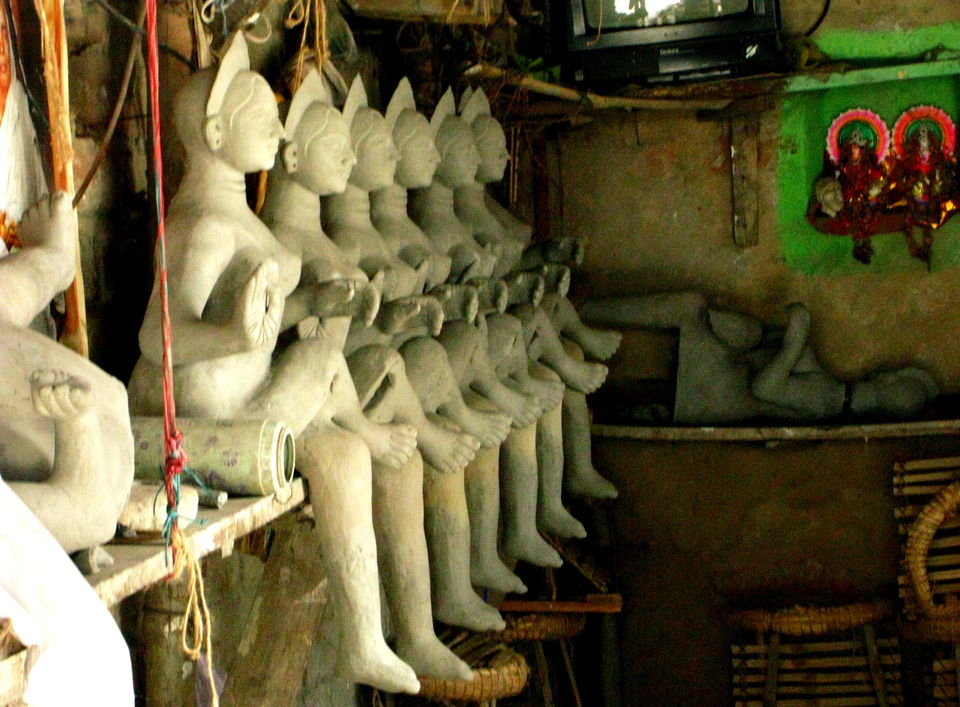 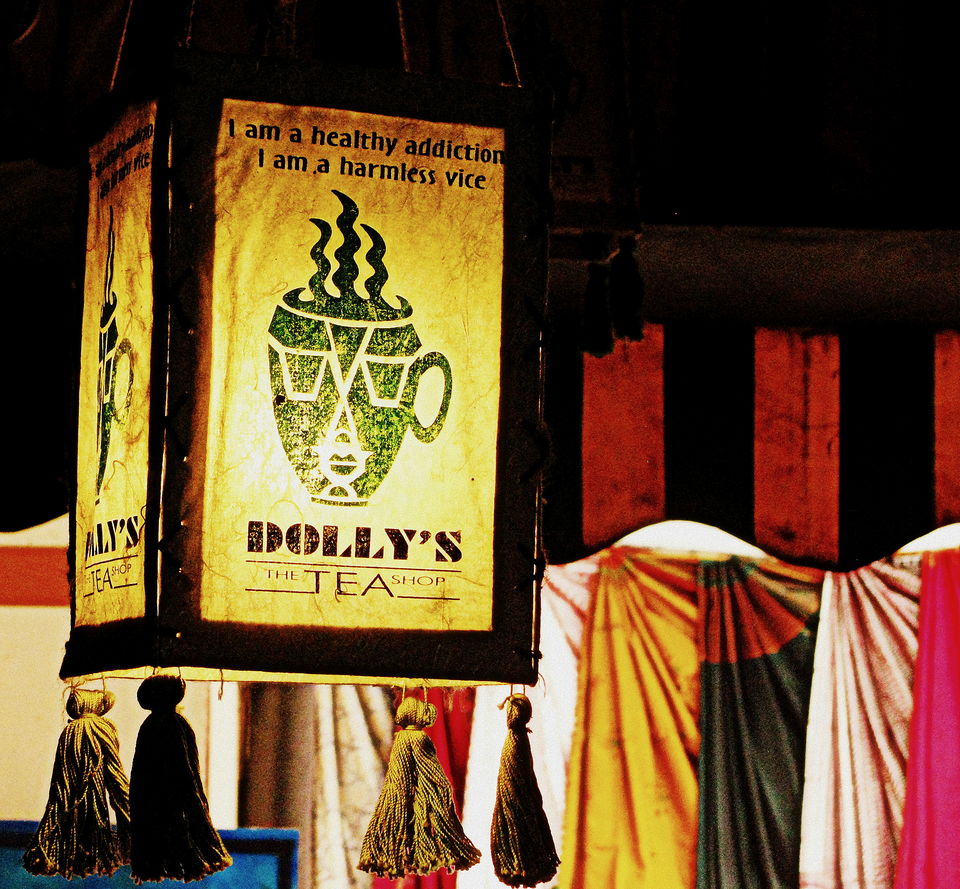 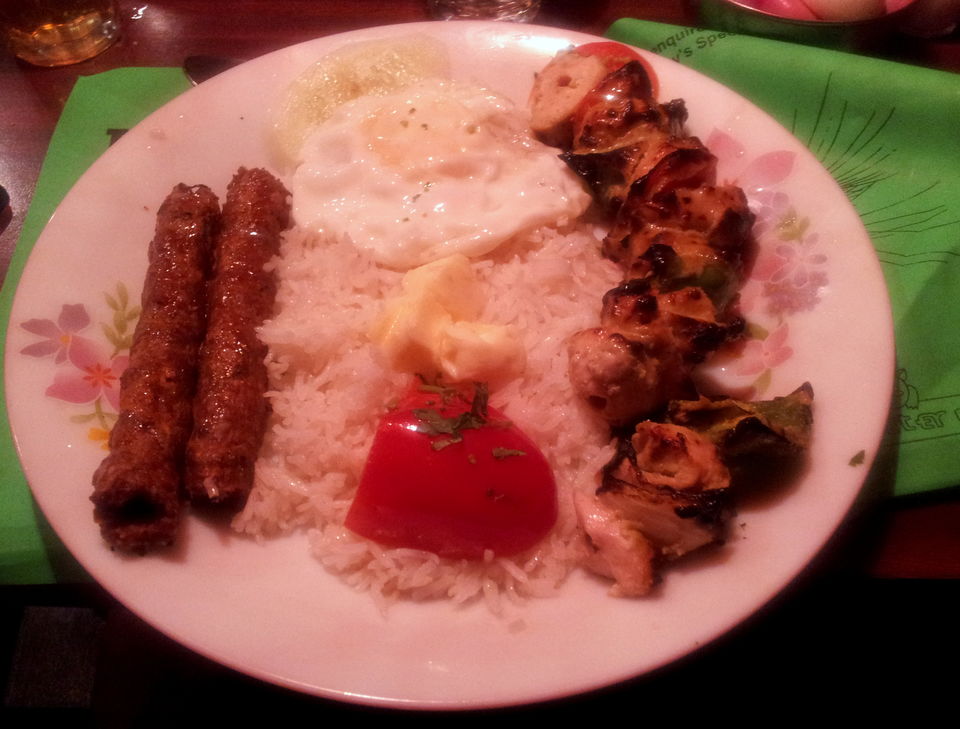 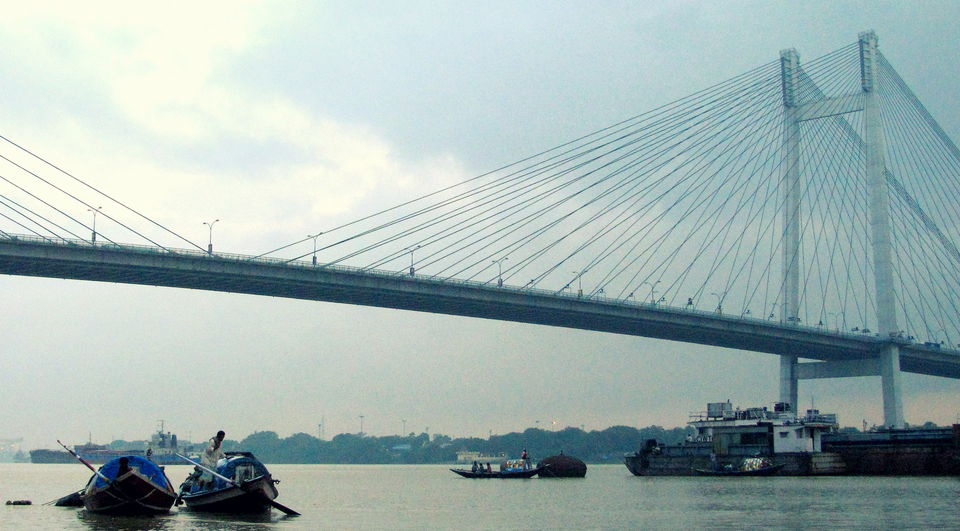 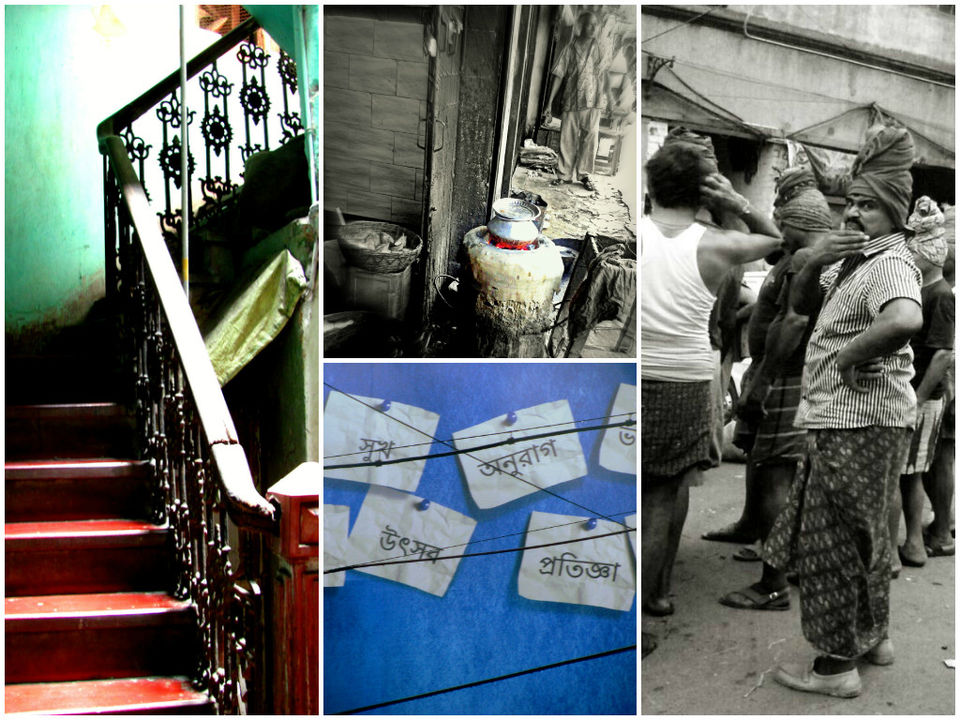 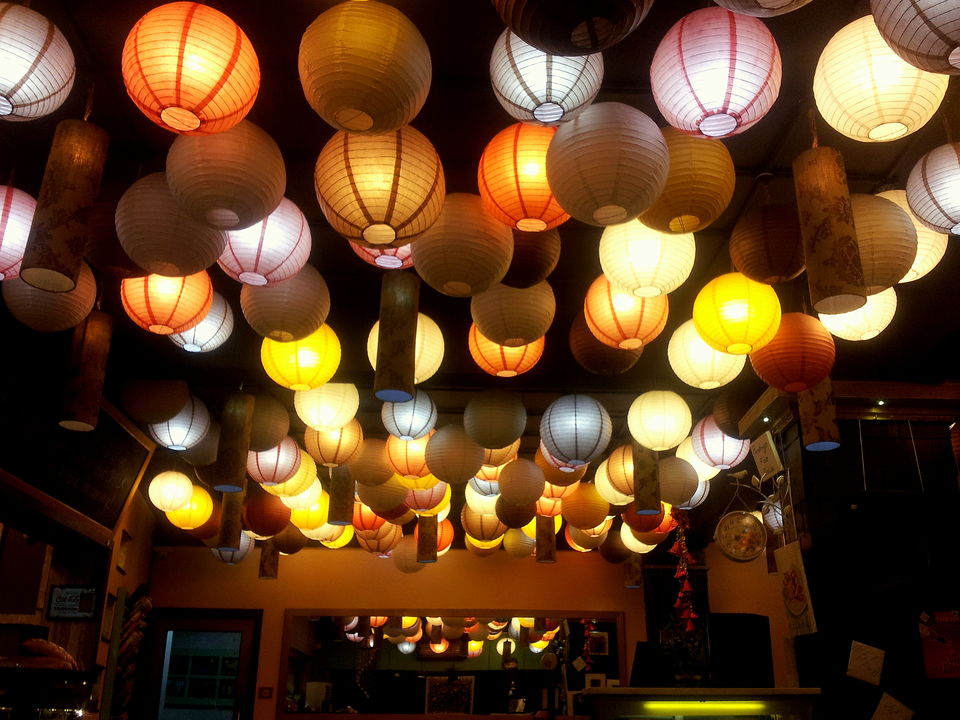 Ever wondered why of all places a City of sluggish trams and lazy hand pulled rickshaws and occasional “Cholchhe Na Cholbey Na”s, was blessed with the sweet-tag of “City of Joy”? For that matter is Delhi or any other city in India any less fun? I have spent an endearing childhood and a lovely adolescence in Delhi and it was all so much fun, but even then, I could never tag Delhi as the “City of joy”.  I couldn’t do so primarily because:

2. Peace is Daal Bhaat. Happiness is Mangsho Bhaat. Thumb Rule. No City thrives on a thumb rule that is simpler.

3.       It is almost unconstitutional in Kolkata to indulge in less than four winter picnics. Unlike in any other place.

4.       As a Bengali settled in Delhi, I thought Durga Pujo flavour is something that would linger on your mind for 7 days. But my current stay in Kolkata has convinced me that a Year has two halves: One half when you wait anxiously for Pujo. Second half when you Plan and execute your Pujo. Simple.

Now that I live in the city, I know its attitude, flavour and joy.

I am not an early riser but to enjoy a walk from Maidan (Brigade parade ground) to Victoria Memorial it is worth waking up at six and feel the mist on these lush green grounds.

They serve joggers, aspiring cricketers and footballers and many strollers like me with greenery all around and fresh air, may be that is why it is also called “Lungs of Kolkata”.

Its vast stretch of area covers Race course to Eden Gardens. One can also enjoy a tram or a horse cartridge ride surrounding these grounds during the day.

After walking a kilometre and half its time to fuel the stomach and park the body at Flury’s at Park Street for breakfast.

My next destination is College Street. From Park Street one can take a bus or taxi to reach there or can walk to chowringhee and take a metro from Esplanade station.

Chowringhee, the place crafted by Englishmen in mid eighteenth century with magnificent buildings and streets connecting Chowringhee (then gobindapur) with other two villages Sutanuti and Kolikata. These 150+ years old buildings are still in existence and are occupied with both private and government offices and banks. To name a few prominent buildings like Writers Building, Royal Exchange (once home of Sir Robert Clive), and GPO etc are standing tall in between Chowringhee to Dalhousie Square (now BBD Bag).

College Street is 5 mins walk away from Central Metro station via Colootola .If Dalhousie is heart of the city then College Street is its beats.  Coolotolla is the place where you get various editions of decade old magazines to tattered switched novels at a price of 15 to 20 rupees after hard bargain. These stalls on the pavement have never disappointed me on my search.  After all College street is the largest second hand book market in the world.

Three places that I will never miss if I am in College Street are Sherbat from Paramount, Sweets of Putiram and Amej { আমেজ } (charming Bengali word for flavour of the mind) of Coffee House.

Paramount has been serving sherbats since 1918. It has been hosting best brains of Kolkata since then. From passion fruit to tamarind, the menu is exquisite and exclusive too.  However my personal favourite is ‘Daab Sherbat’ (made of tender coconut pulp), which is their best seller too.

Putiram is 50 steps ahead of Paramount, though ‘raj bhog’ ( XL sized roshogolla) is their hot cake but I like its simple coconut sweet, which is semi-circle in shape and of three rupees only.

After some sherbats and sweets now it is time to munch something for the lunch. Though coffee house is not a place where you will be offered multi cuisine menu but a fish kaviraji cutlet lunch along with a cold coffee and hearty dose of adda can beat any speciality buffet. Like Paramount this place too had seen famous Bengalis as its regular visitors for adda.  The lanes of Boi Para (Colony of Books) as any local calls College Street, is the place that develops taste and culture of a Bengali.

From College Street the journey moves further to north of Kolkata, crossing Shaymbazar, Cossipore to reach Dakhineswar. These colonies are one of the oldest in the city. The residential plots are still the old houses from British era. They run parallel to river Hoogly. So the commuters have an advantage of using water transports in addition to road.

Dakhineswar Kali temple was built by Rani Rashmoni who appointed Ramakrisha Parmahansa as its chief priest.  Every year on 1st of January it holds Kalpataru Festival. The day when Ramakrisha revealed about his incarnation and turned into a wish fulfilling tree.

I visit this place not just for any religious purpose but to have a mesmerizing steamer ride, crossing the wide river to reach the other side. Usually I prefer the evening time, when the sun is about to set, and its vermillion shades are floating over the river along with strands of hyacinth.

On the other side of the river lies famous Belur Math founded by Swami Vivekanda. This Piece of architecture resembles of a temple, a church, a mosque if seen from different position. It lies on the west bank of river Hoogly.  One should not miss its evening arti in the hall.  The aura of those thirty minutes are inexplicable in words.

My last leg of the day is New Market.  There are local trains in morning and evening those ply in between Howrah and Belur Math. After reaching Howrah usual options are to take direct bus or taxi to New Market. However, I prefer taking launch (vessels) from the ferry ghat to cross the river. It is a beautiful experience to stand on its deck and watch the Howrah Bridge while the cool breeze ruffles your hair. After crossing the river, one can take any Esplanade bound bus to reach the market.

New market also known as Hogg Saheber Bajar, named after Sir Stuart Hogg in 1903.  Here also one can find buildings built by Britishers.The market area was developed by them and it is kept intact.

From Georgettes to imported Georgia coffee, everything is there to shop for.  I generally buy fruits (those are not available in the colony market), fabrics, silver earrings and perfumes from here.

Do not miss cakes and confectionaries from Nahoum’s .   But since a cake is not enough for the dinner after such a long day, thus my journey continues in search of Biryani and takes me to Aminia for a sumptuous dinner.