My Time in India's Coaching Capital 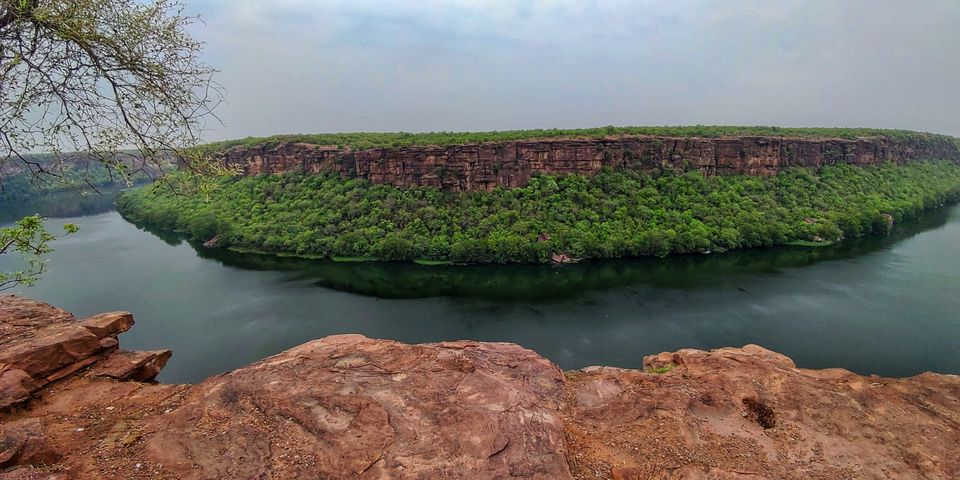 I decided to go on a backpacking trip on my way back from Dehradun, and chose Kota as my starting point. In hindsight, this is definitely among the best decisions I've made in my short life.
I got into the Dehradun Kochivalli Superfast Express and reached Kota at 8pm. I had spoken to a friend of mine named Ram, who stayed there, about my intention to go on a small backpacking trip and just like that my accommodation and food arrangements were done.
The best thing someone traveling on a budget can have is a friend willing to host you for the duration of your stay. The next best thing is confirmed rail tickets.

We started for the City Palace - Kota Garh at 4pm after the heat subsided a bit. We did cut it close. Even though it worked out for us, I don't recommend it as entry to the palace is restricted after 5pm.
The entry fee was nominal. Rs. 100 per person for the Palace and Museum, and Rs. 50 for clicking pictures.

What I found fascinating about Kota was the section called Old Kota. This is the original area of the city built by the Kings of old. Although the roads are narrow and it is a bit more crowded, I was surprised to see that a vast majority of the city walls still stand tall. The gates and the walls for the most part have been well preserved and now are part of the heritage of the city.

Kota Garh is built on the banks of the river Chambal and the views from the palace are to die for. It is well maintained and also houses a museum that has paintings and murals depicting the stories of the city, an armory with weapons used a few centuries back; I didn't know that there was a weapon with was a cross between a sword and a pistol. 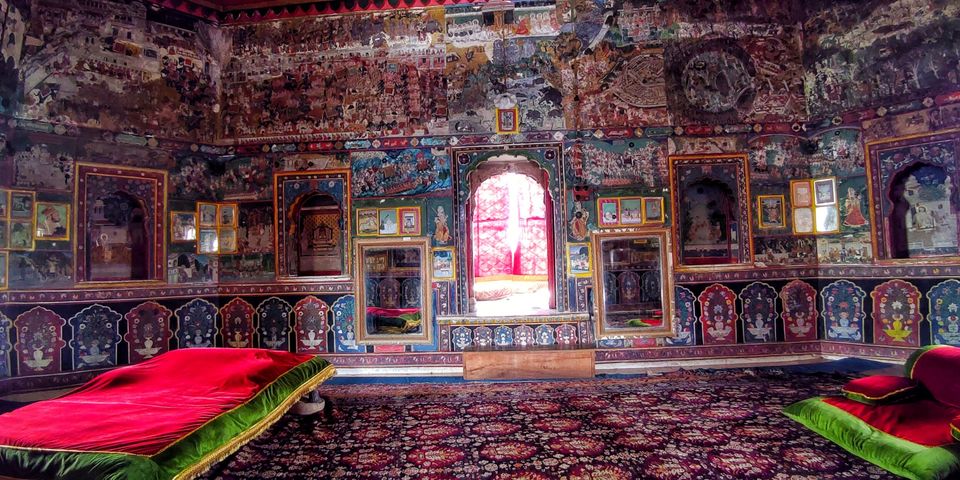 Paintings on the Walls of the Raja's Room 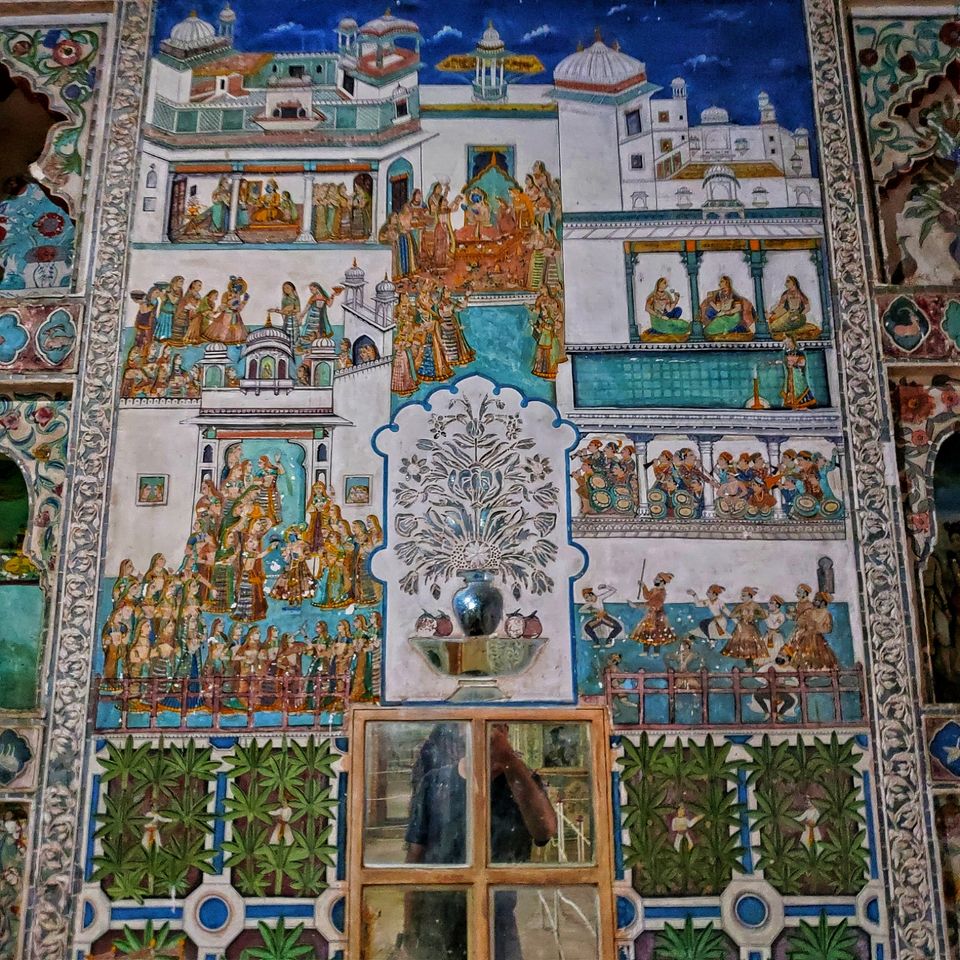 View from the Room 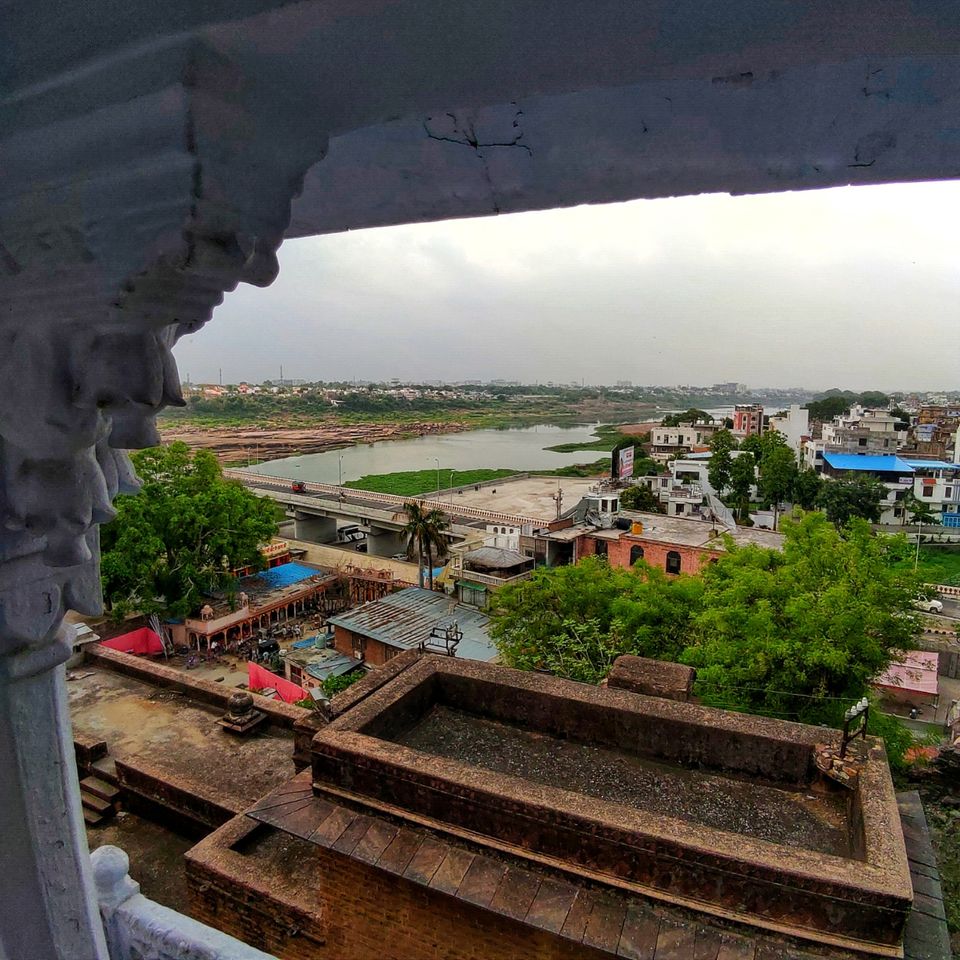 After the palace, I was taken to the Chambal dam which is also called Kota Barrage. The timing of my trip was off by a month because during the monsoons, the floodgates are opened and I was told that the view from the barrage is breathtaking.
The view coupled with good winds and normal rains made the location memorable. 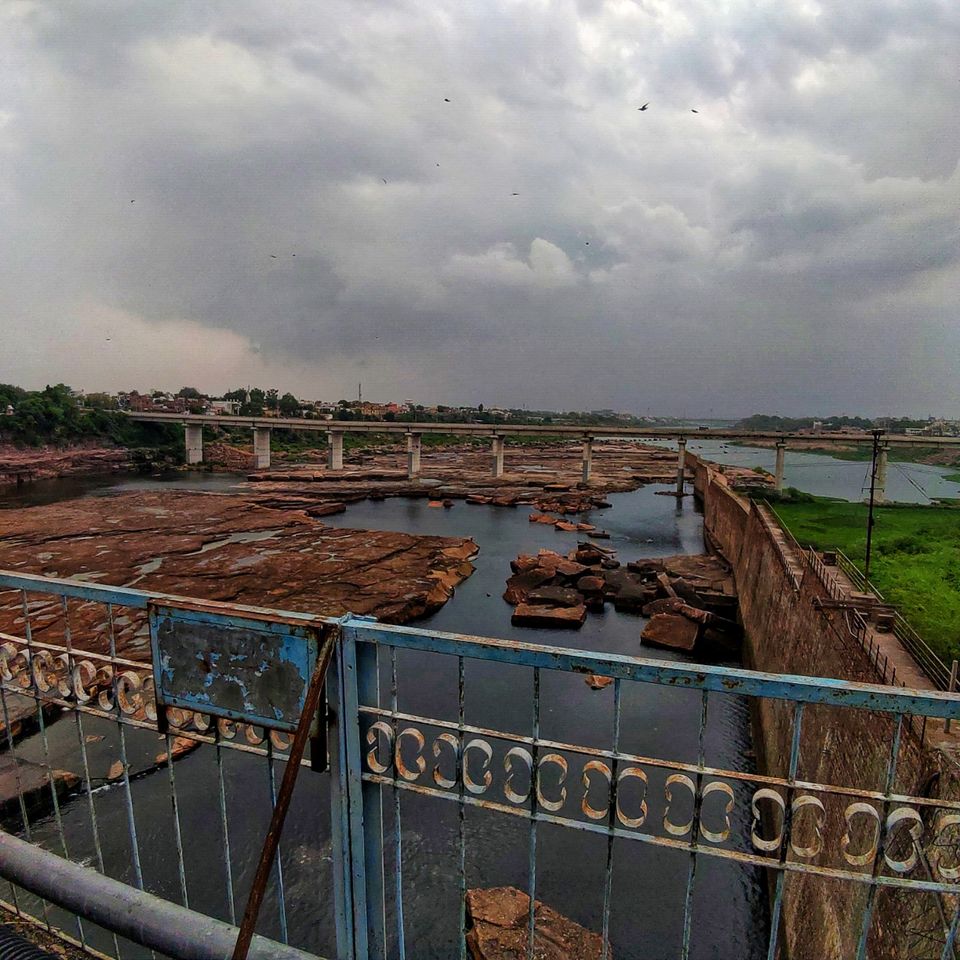 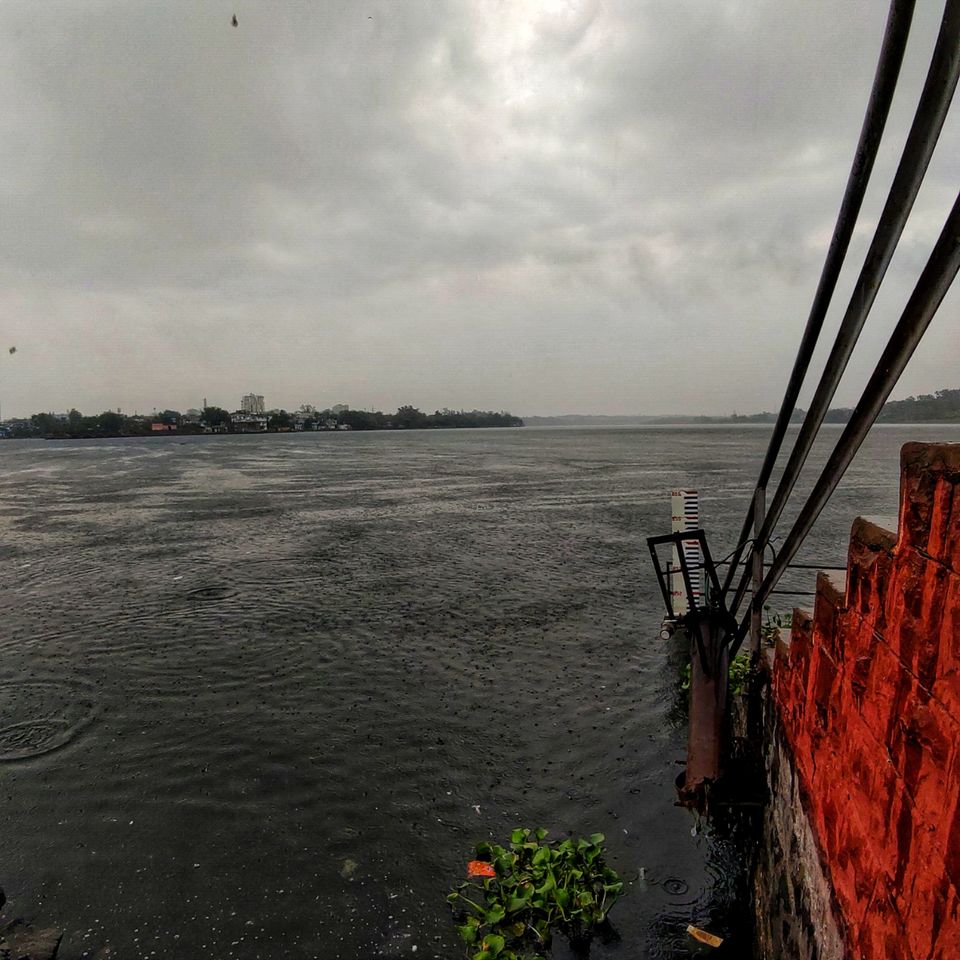 Ram was aware that I have a thing for locations that have enough natural elements and a significantly lower footfall. He took me to one such temple which is listed as "Karai Ke Balaji" in Google Maps.
The temple is built upstream of the river. Thanks to the dam, this means that it is on a waterfront throughout the year. I saw several birds fly around keeping an eye out for fish, though I wasn't fortunate enough to witness a hunt. 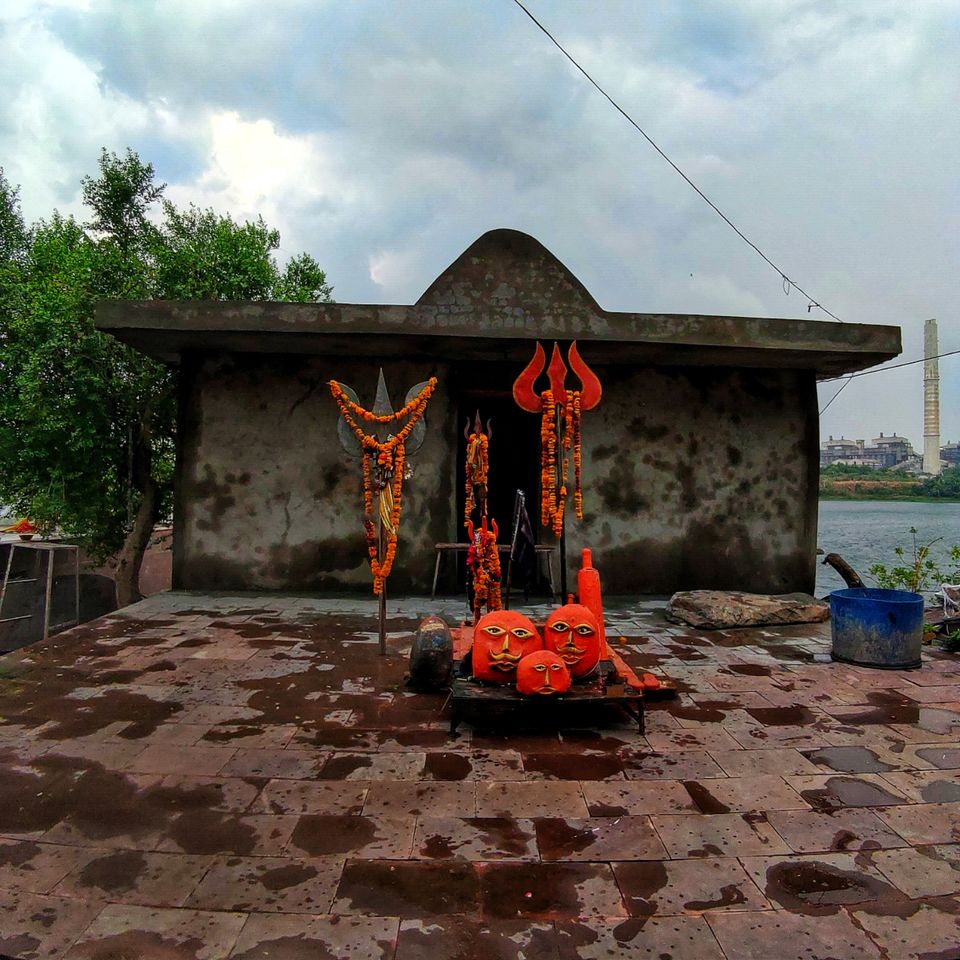 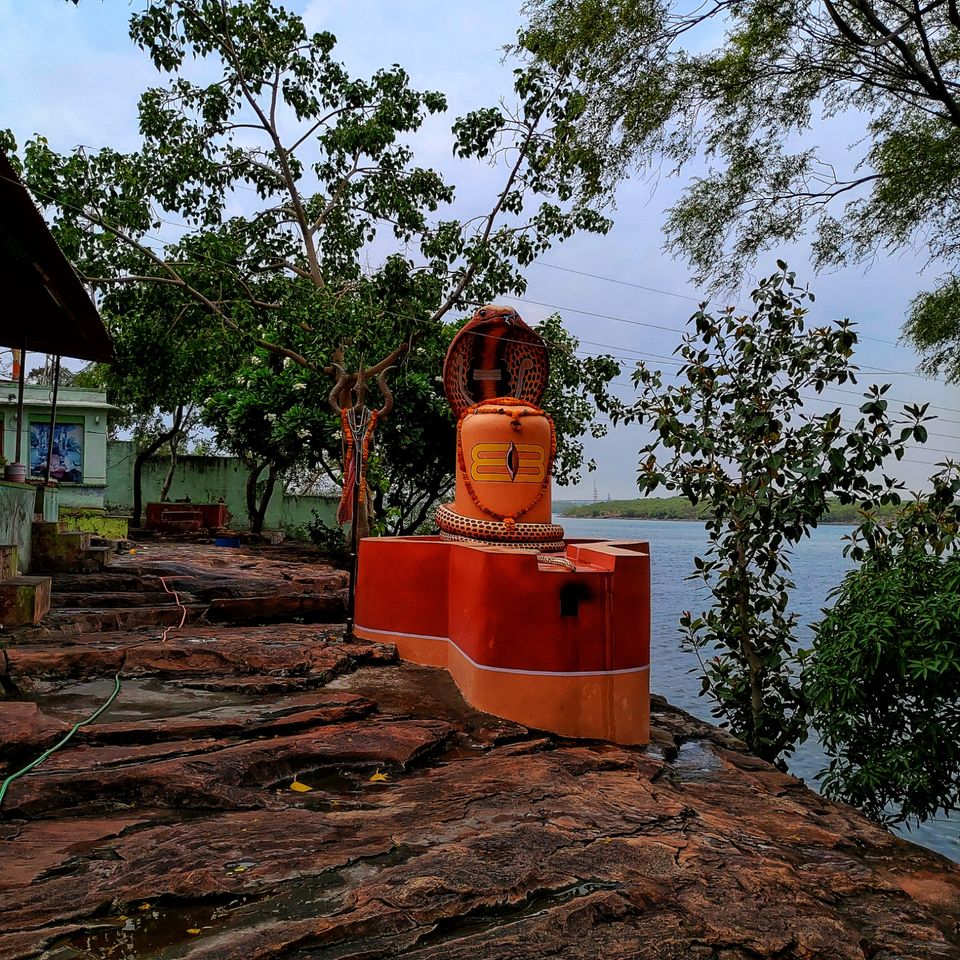 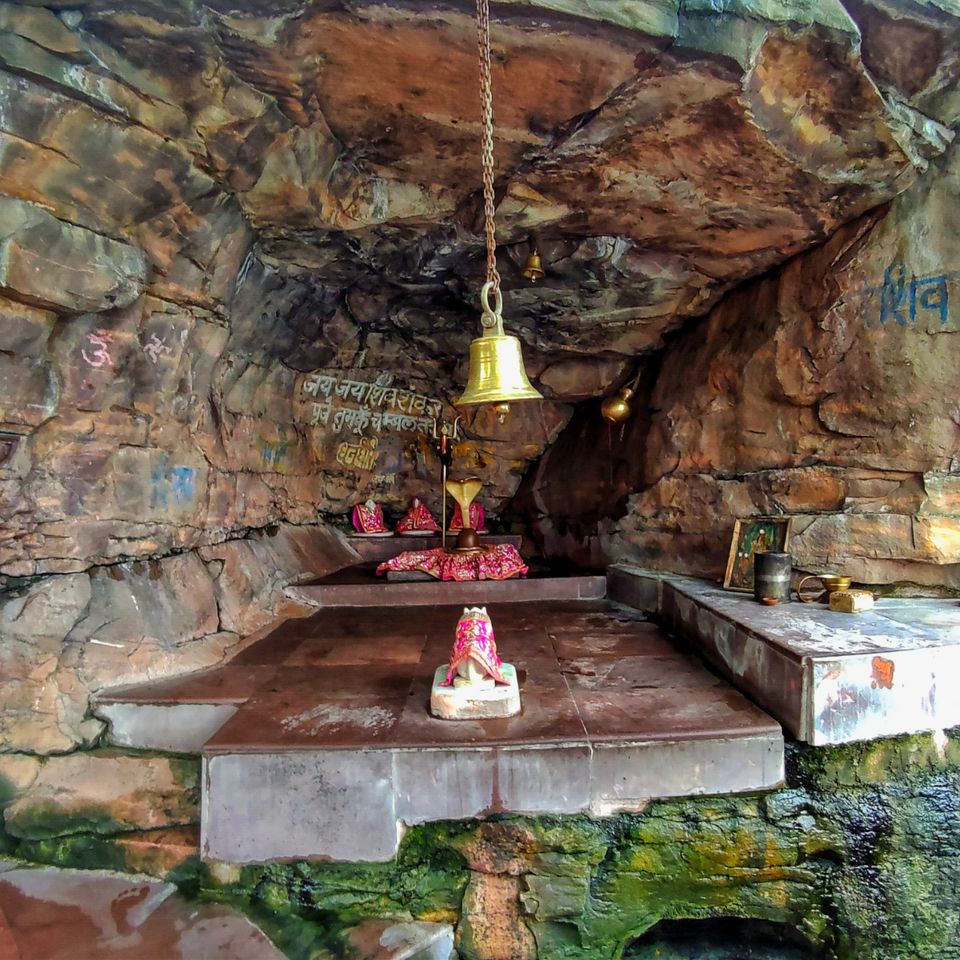 Kota Thermal Plant on the Horizon 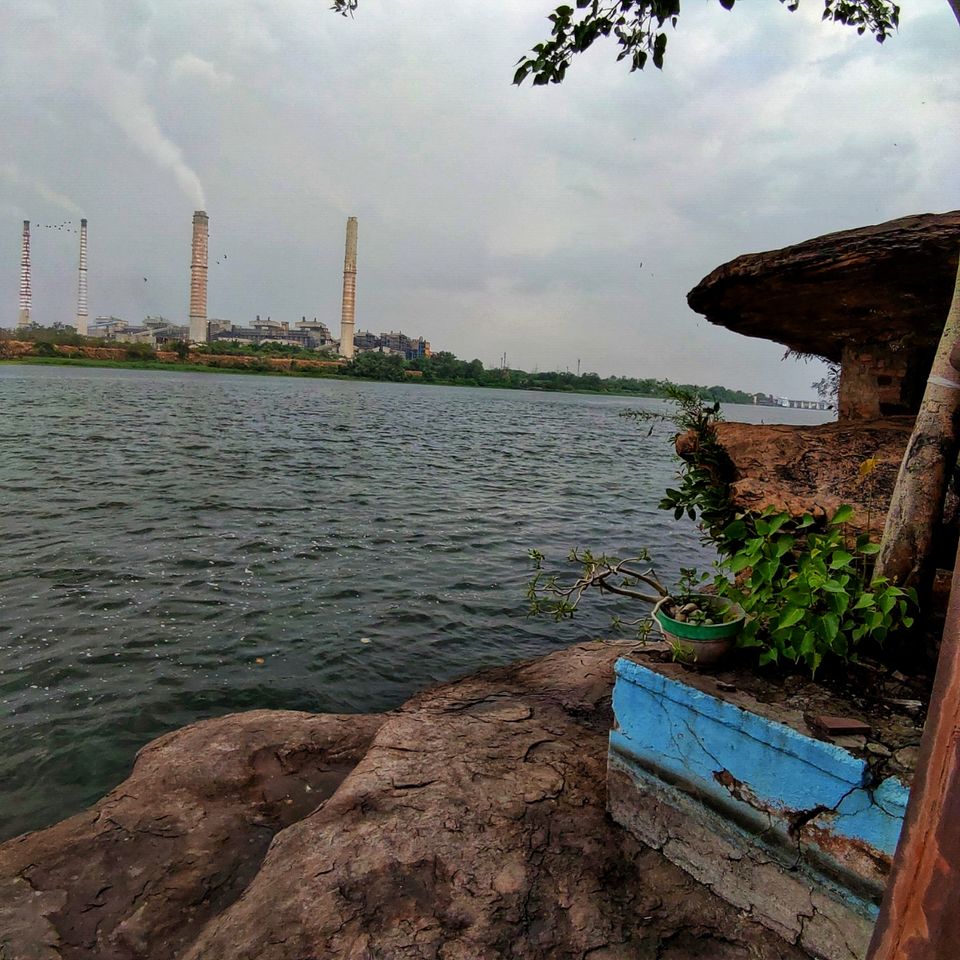 The rest of the day was relatively less happening. We went to a local park in which smaller replicas of the erstwhile 7 Wonders of the World were made. I used this opportunity to test my retrofitted Tripod 2.0 and mobile phone's low light capabilities. I was not disappointed. They worked perfectly well and I'm looking forward to using them in the caves of Ajanta and Ellora when I visit them in a few days.
On the way to the park we stopped at an eatery called "Krishna ke Sandwich" in Talwandi. Their Tandoori Paneer sandwich is pretty good.

Replica of the Christ Redeemer 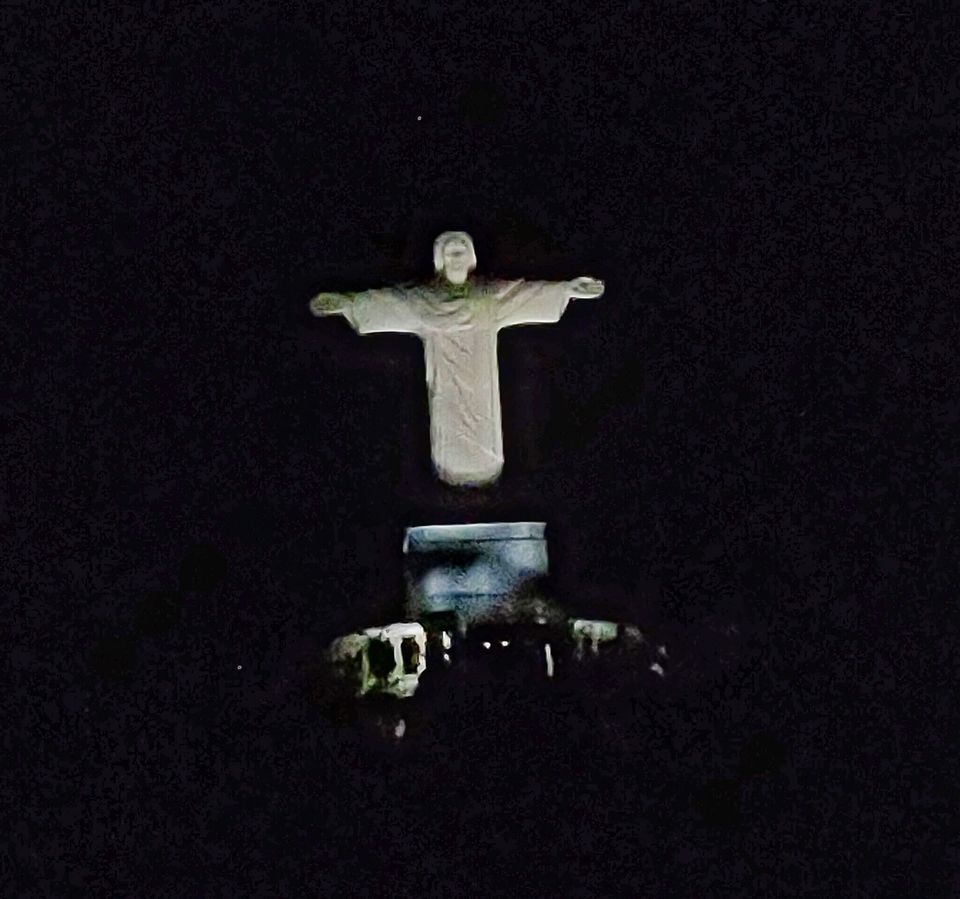 Later in the night some of Ram's childhood friends had come to visit. Fortunately all of us hit it off and they decided to spend the night with us after they found out I was leaving Kota the following day. We spent the night playing cards and then watched the movie "Nun."

The following day was the most eventful one of my trip. They made an impromptu plan to check out a place called Garadia Mahadev. This being my last day here, I decided to join them and check the place out.

The temple is located 25-30km outside Kota, in the middle of a forest reserve. You'll have to take an easily overlook-able left turn from the Chittodgarh highway, so keep your eyes on Maps.
The destination was far more beautiful than the journey with the temple located on a cliff overlooking the flowing river. There were ducks swimming around in it which could be spotted from a height, and the winds were strong yet comfortable.
The temple had a small clear water pond being replenished by tapping a flowing stream and the Shiv Lings were placed in a cave carved out of the mountain.
After an hour of taking in the view and fooling around we set out. On our way out, we were incredibly fortunate that we got to see a couple of deer grazing through the forest. We stopped our car to enjoy the view for a while before we left the reserve. 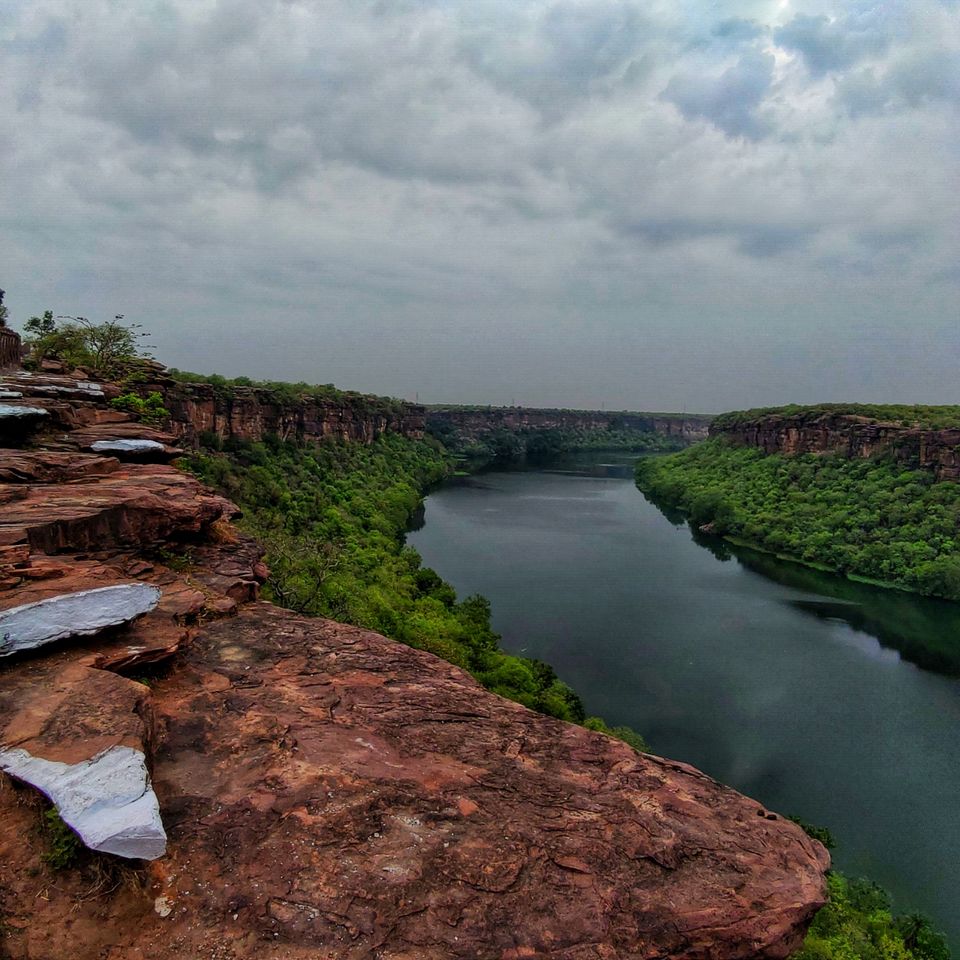 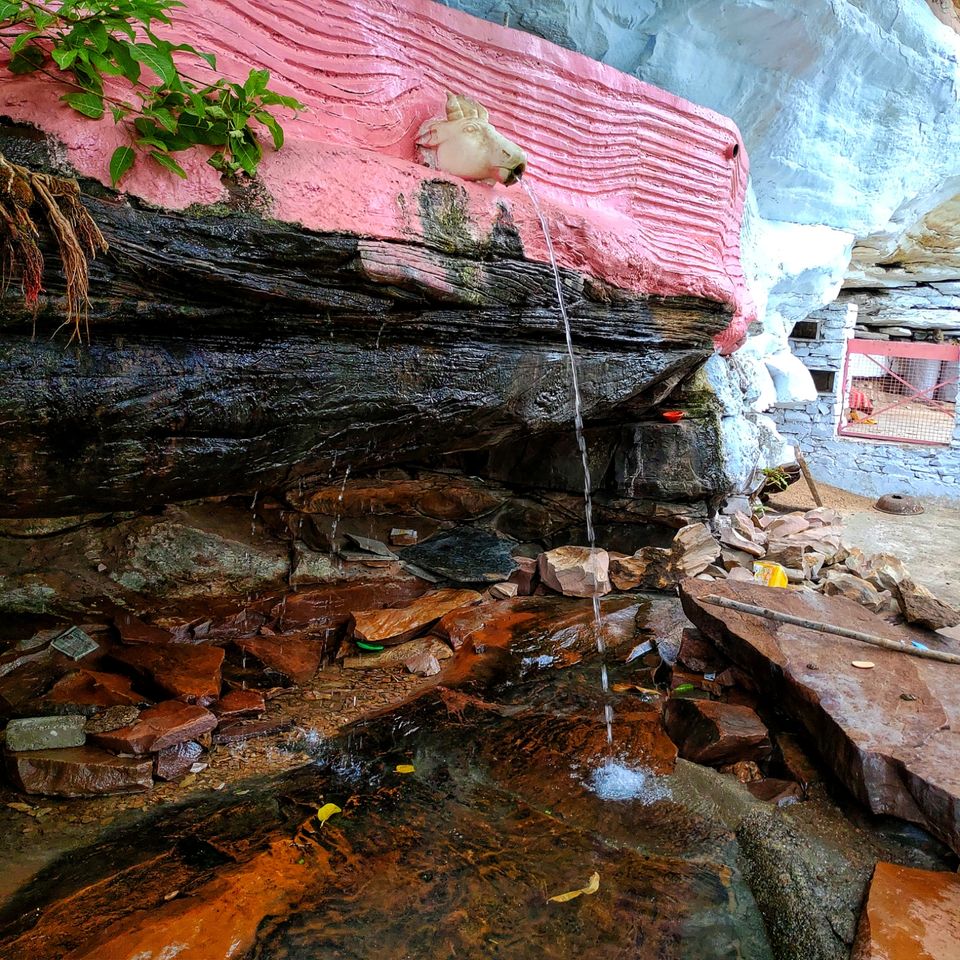 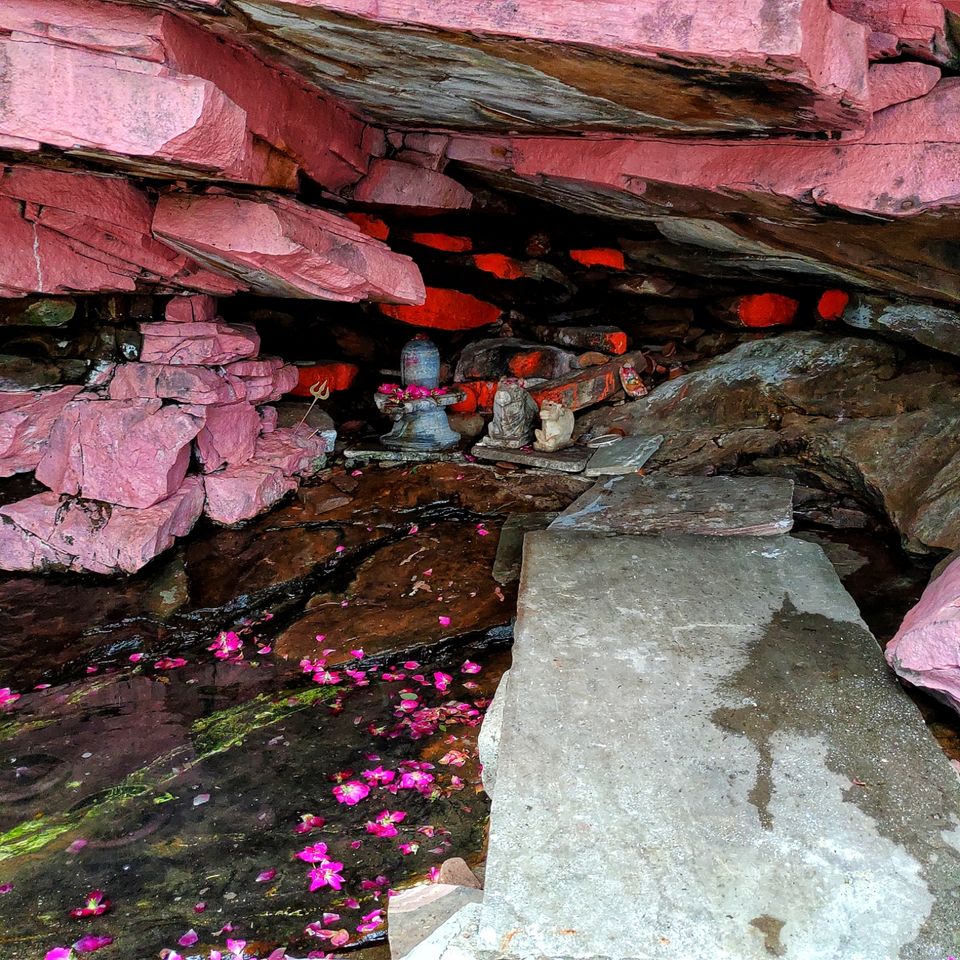 On the way back we stopped at another famous location of Kota called Abheda Mahal.
The palace was built by Maharaja Umeed Singh. Of all the palaces I've visited, the Abheda Mahal is the one which is almost completely integrated with nature. It almost seems to be from a fairy tale. One end of the palace has a small pink lotus pond that attracts quite a bit of birds, on the other end is a large lake and garden. There were beautiful little kingfishers flying and the whole palace seemed more serene than some of the pilgrim locations I've visited. 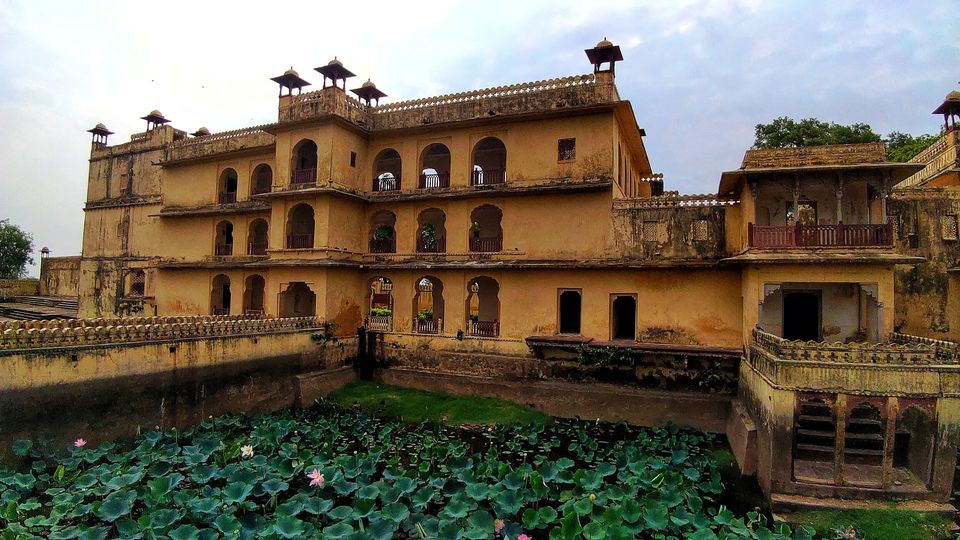 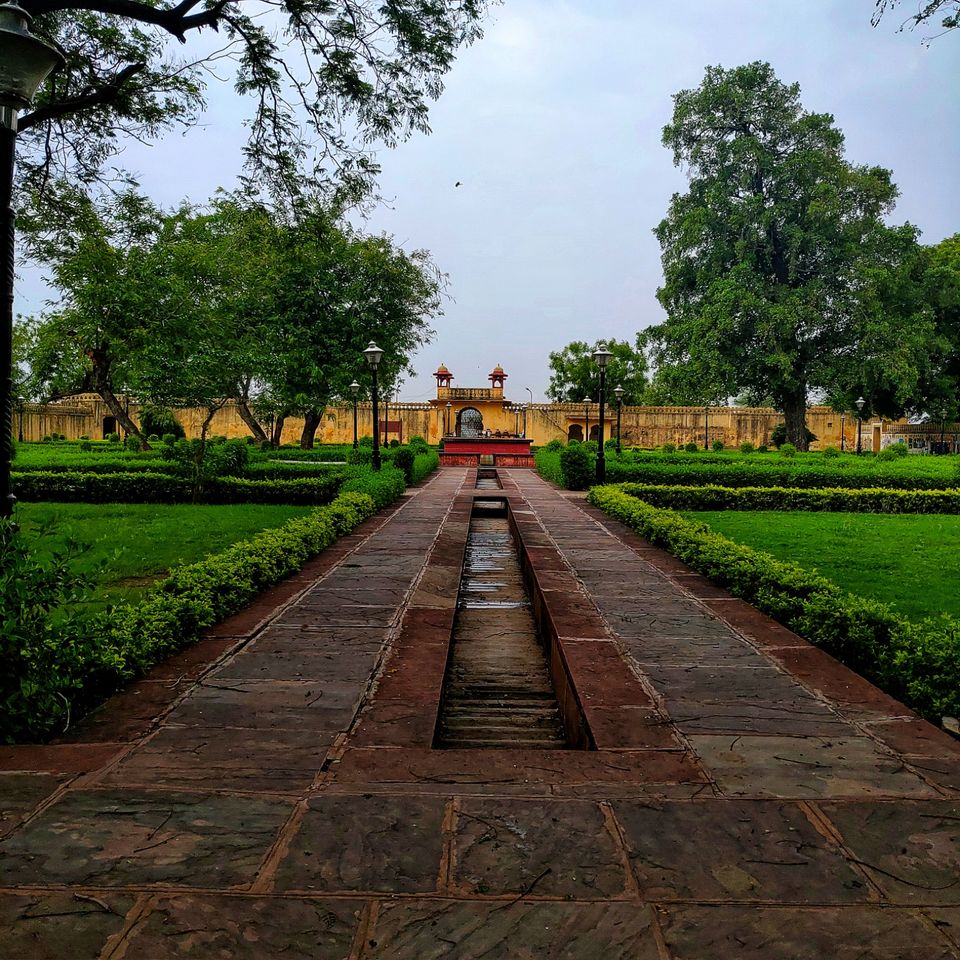 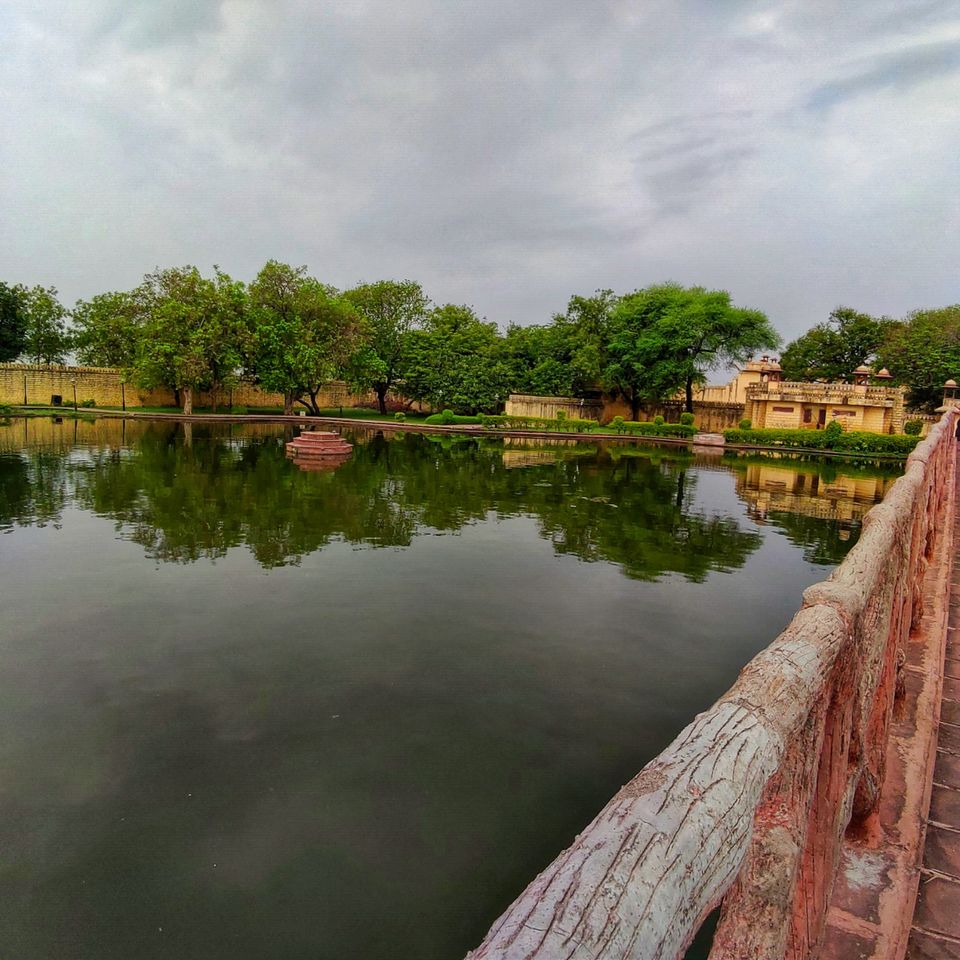 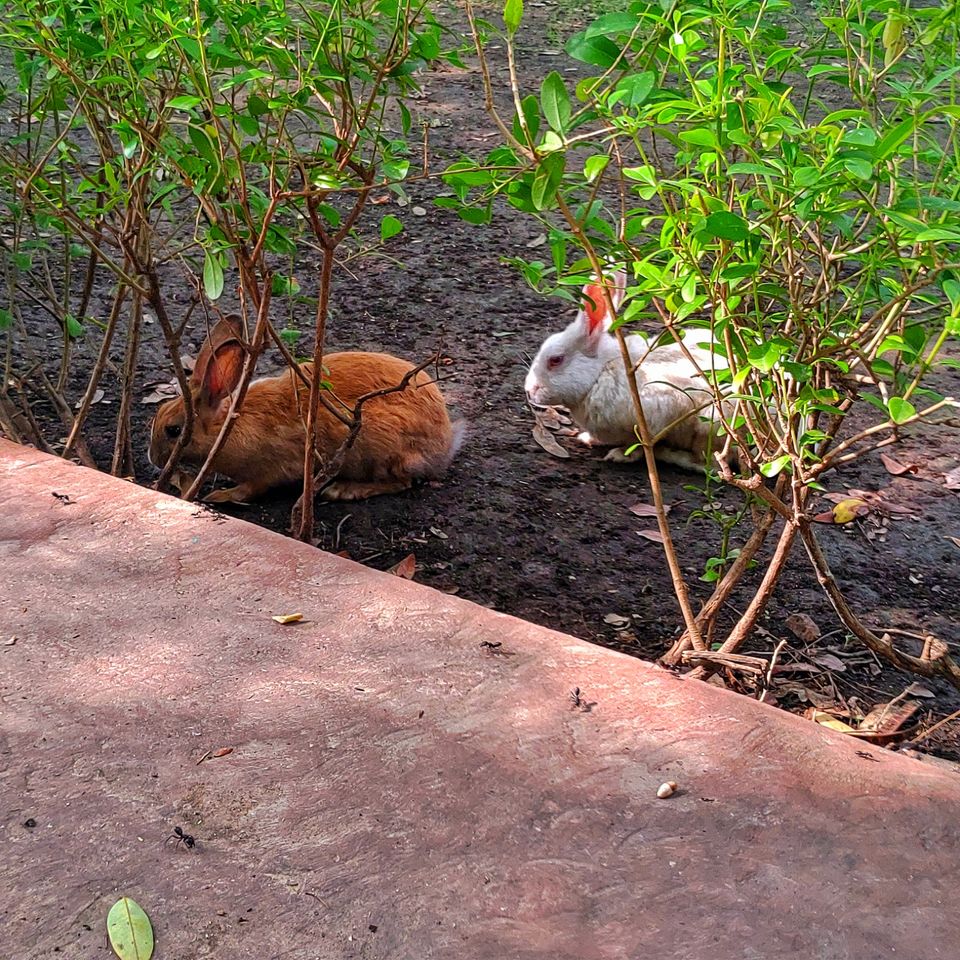 The Abheda Mahal was the last place I visited in Kota. I missed out a few places either because of lack of time, or because the timing of my trip was off, and in the case of Chambal Garden, because I was asleep and nobody woke me up.

I will be returning here to witness the Dusshera Mela, opening of floodgates, and visit the Chambal Gardens.
Kota may be known as the place for students who wish to appear for the engineering and medical entrance exams, but what I saw was something far more beautiful and universal.