Manali: A Less-Acknowledged Heaven On Earth 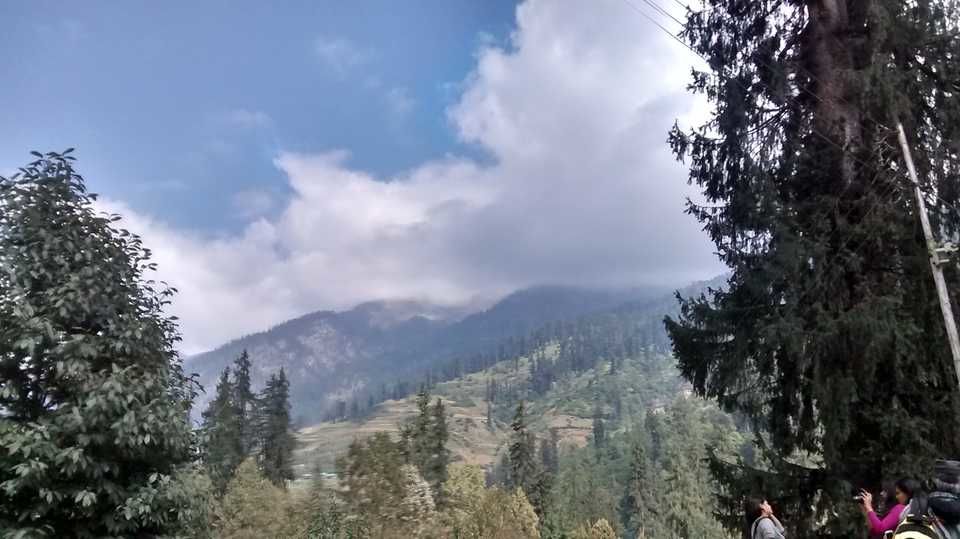 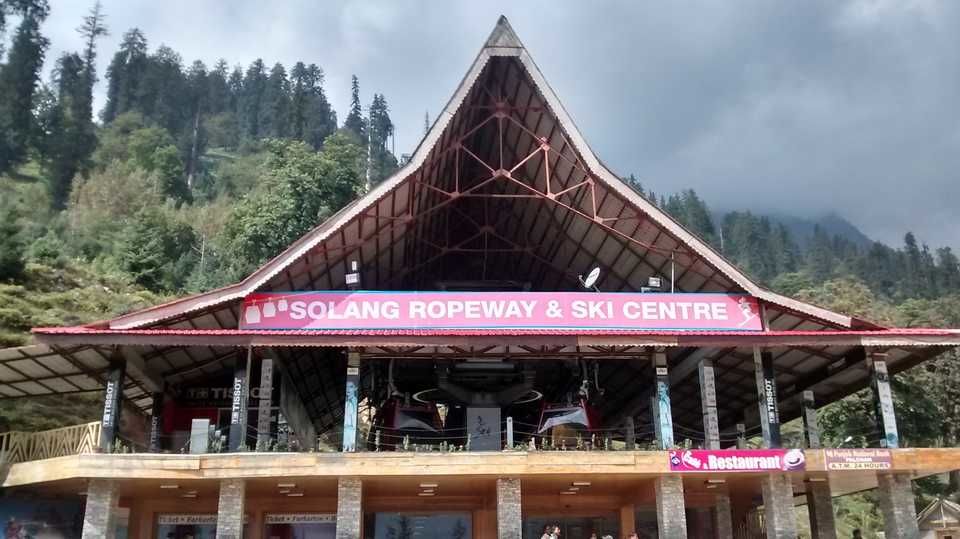 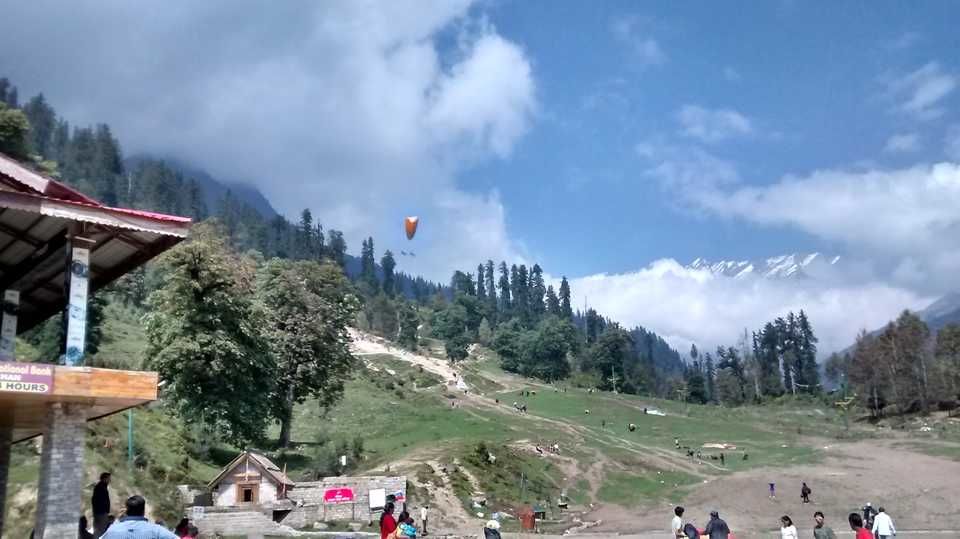 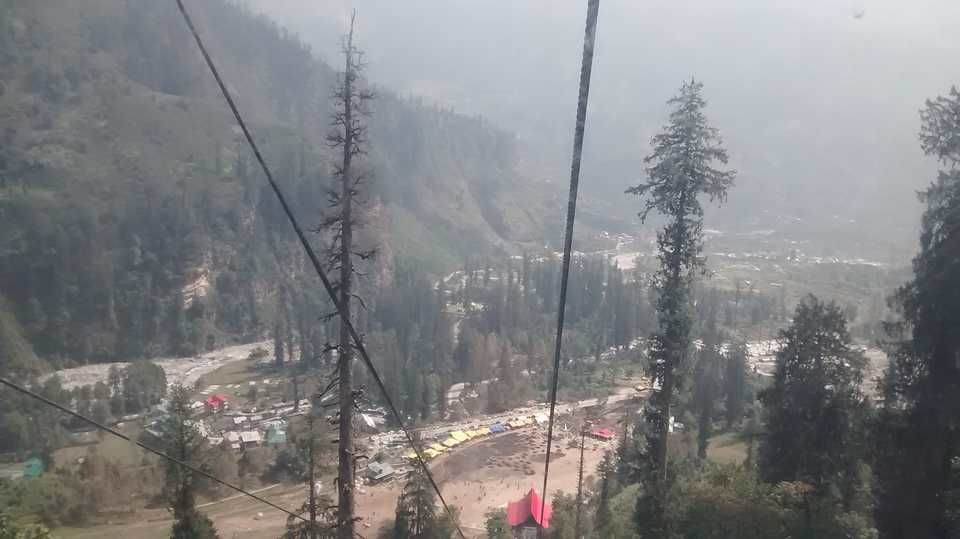 For travelers, to describe their journey in words is one of the most challenging yet stimulating tasks in the history of mankind. Although it not possible to fit-in the immensity of nature in limits, yet, when they begin with their tales, the world becomes a spectator to some of the most rip-roaring, hair-raising and eye-popping moments.

Manali became a similar happenstance for me. Visiting Manali was nothing less than fixing your eyes on a painting worth a thousand words. You could stare at it for a hundred years to come and yearn to build a house for your family somewhere on a hilltop. You could dream to walk by the sides of the silvery river with your partner and adore the nature. Or you could imagine the snowfall outside your window while you are busy with your cup of coffee. That's how Manali is. A Heaven on Earth but a bit less acknowledged.

Fenced by adventurous peaks, cradled by the mesmerizing Beas and enveloped by the lush greens, Manali will never fail to cast a spell on its guests no matter how many times they book an appointment with this hill station. It is a wonder getaway for backpackers and adventurers but most of all; it is a hands-down honeymoon destination. Not only is it a famous stop-over for Royal Enfields heading towards Rohtang and Ladakh, Manali is also an all-weather retreat for travelers from around the globe.

Though most travellers choose to stay in the bucolic beauty of Old Manali, which again is an enchanting experience all throughout, I and my partner picked a hotel close to the main stand because of its physical proximity. But this is not how our journey began; it started with two people and a sudden change of plans! 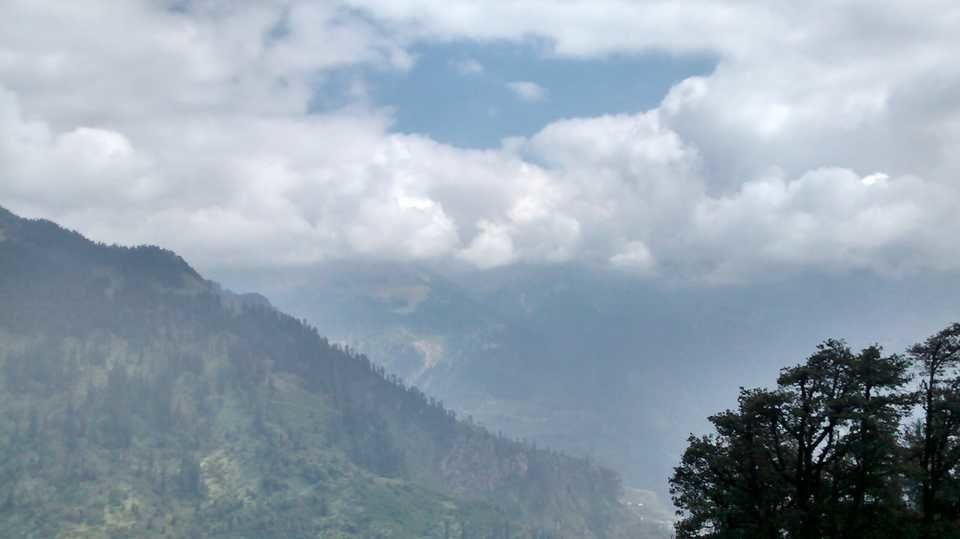 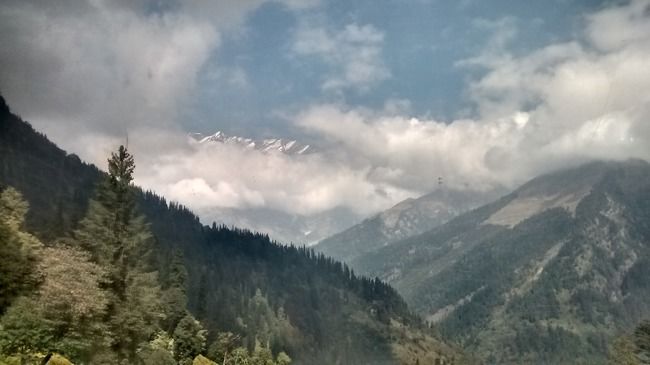 The Beginning of our journey

It was in the year 2013 when I badly wanted to cover the length and the breadth of the gigantic Himalayas. We set our eyes on the travel sites every day only to be confused with the starlit hotels and expensive food options every night. Finally, just a couple of days before the winter break, we booked our tickets to Manali and everything else fell into place. Though it was a hasty decision but I must add here that it was 'one of the best things that had ever happened to me'. We boarded a semi-sleeper AC Volvo at around 10:30pm on a Thursday from Delhi's Kashmere Gate Bus Station. The initial journey was a bit of a hassle because of peak hours of traffic on the roads of the capital city but once we crossed the state borders, the trip was as smooth as silk.

The First Encounter with the Hills of Himachal

Thanks to the first-time drivers and a bit of a rugged terrain that the jolts on my head from the glass window broke my sleep. I looked at my watch and saw it was 5:05 am and we were pacing on a narrow, uneven road through a thick forest covering us from both the sides; making it impossible for us to see what was beyond the woods. In minutes the sun began to ascend the horizon and we made our way out of the forest only to enter panoramic scenery right out of the books. The first thing I saw became a memory of a lifetime for me. My eyes popped out at the massive mountains towering as high as I had never seen. The breeze had become chilly and the noise of our bus engines pierced the peaceful ambiance. The birds chirped and flew in a 360 degree fashion encircling the hills over and over again. While I sat gaping the towering figures often greeted by the whimsical water bodies which played hide-and-seek with our eyes making us more anxious to see what's next.

The hills enclosed us in its lap and in no time our cameras were out to capture the breath-taking views. As we climbed up, the steepness of the hills became scarier yet remained outright beautiful. In less than an hour or so, we headed into the famous 3kms long Aut Tunnel on NH21 which was carved out of the Himalayas. The occasional water flashes from the edges of the mountain woke many passengers on the go and by the time we took an exit and reached Kullu, every passenger on-board was keen to step down and take a breather in the hills. We took a light stroll to the edge of the mountain and took our own sweet time to absorb the picture-perfect moment. It was after curbing our hunger pangs with some light breakfast and tea from a local dhaba that we finally headed towards our destination - Manali.

The journey to Manali paces through the narrow lanes of Kullu and Manali towns. All of a sudden, you might feel like a jumbo human from another planet for some time, seeing the height of the bus match the maximum height of the shops and the houses in Manali. But that's okay. You'll be fine by the time you arrive at the bus stand where things are under control.

Our Destination Has Arrived

After an unlikely long journey, all you need is a great place to sit back, relax and cure the body aches. On the contrary, when it comes to Manali you might be as charged as never. It won't be a surprise if you end up booking a cab to visit the nearby attractions later in the day. 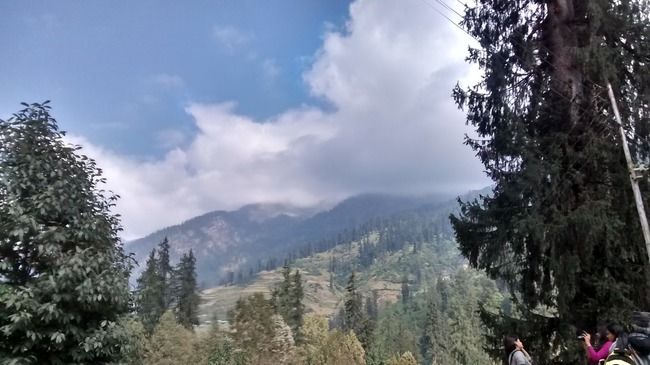 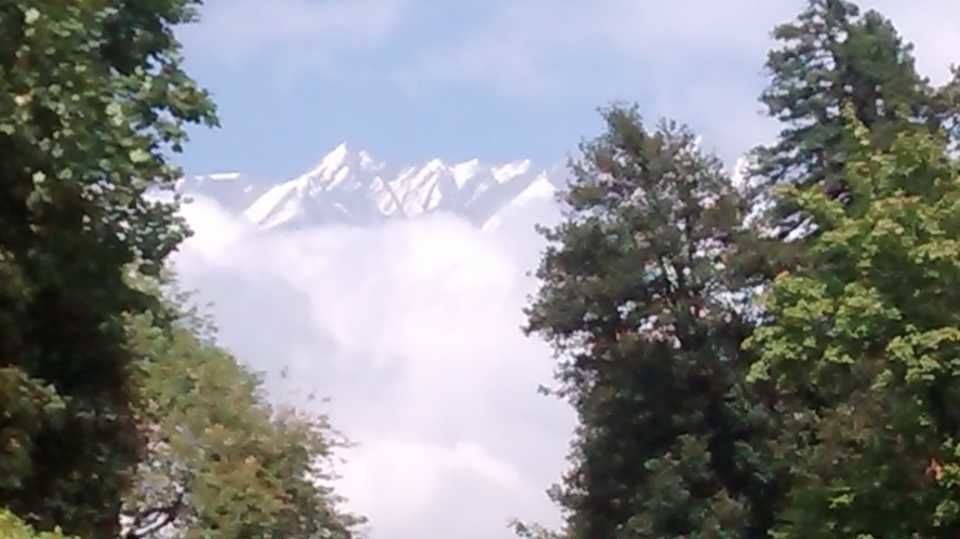 Owing to the festive traffic, we reached Manali at 12:30 pm. Since our hotel 'Chichoga Holiday Inn' wasn't much far, we made a slight change in our itinerary by skipping an auto ride and walking the entire distance.

Picture This: A dense green sprawling woodland in the backdrop, broad roads escalating up ahead through the fog, clouds following the chilly breeze slowly in your direction, cars moving uphill on the rough terrains in the far away valleys, the crystal clear gushing waters of the Beas alongside the road and the voice of the singing birds echoing in the air. Perfect isn't it? Well the best is yet to come.

Our hotel room was on the fourth floor and by the time we climbed our last stair, we were all set to slip in the sheets and plan our entire weekend. But then, the manager opened our balcony door into one of the most iconic views of Manali and all our plans hauled until later that evening.

Chichoga Holiday Inn is one of the best places to stay in Manali. 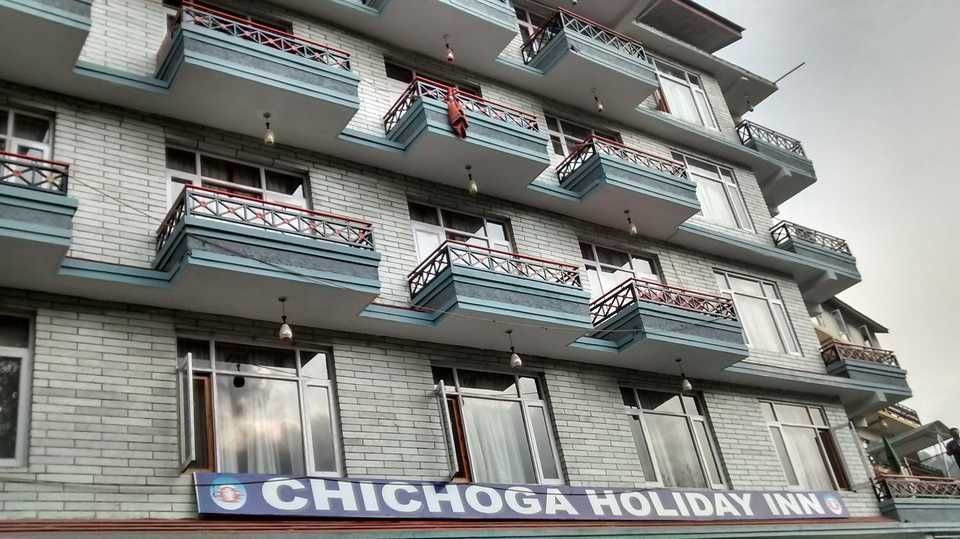 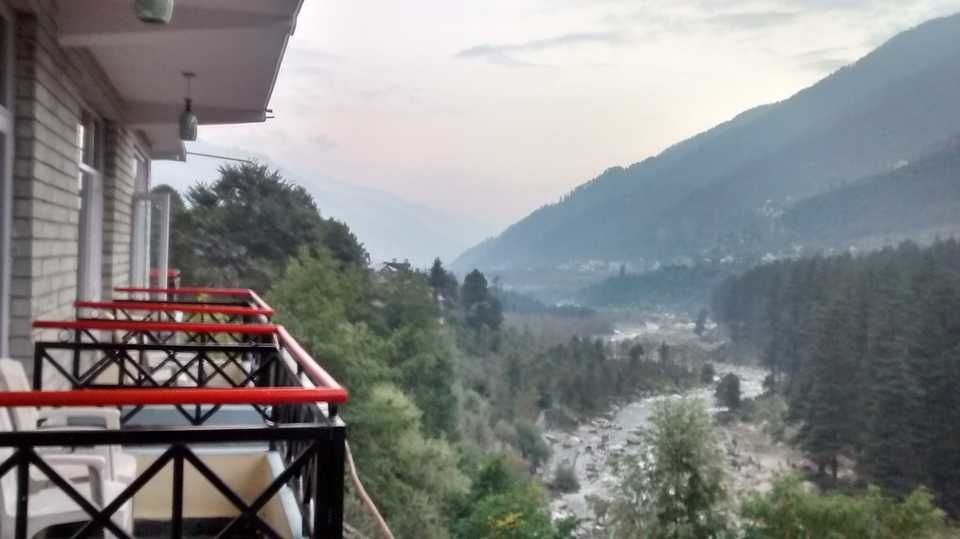 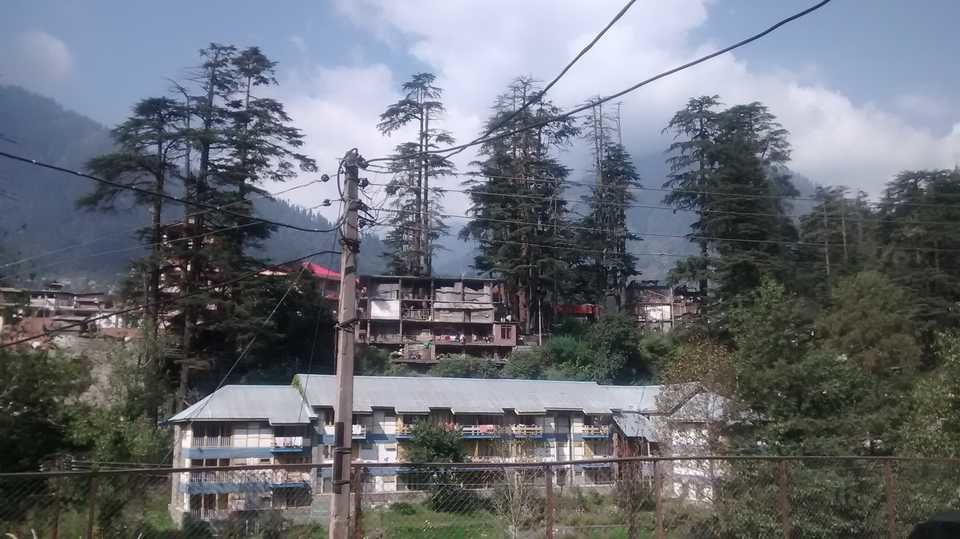 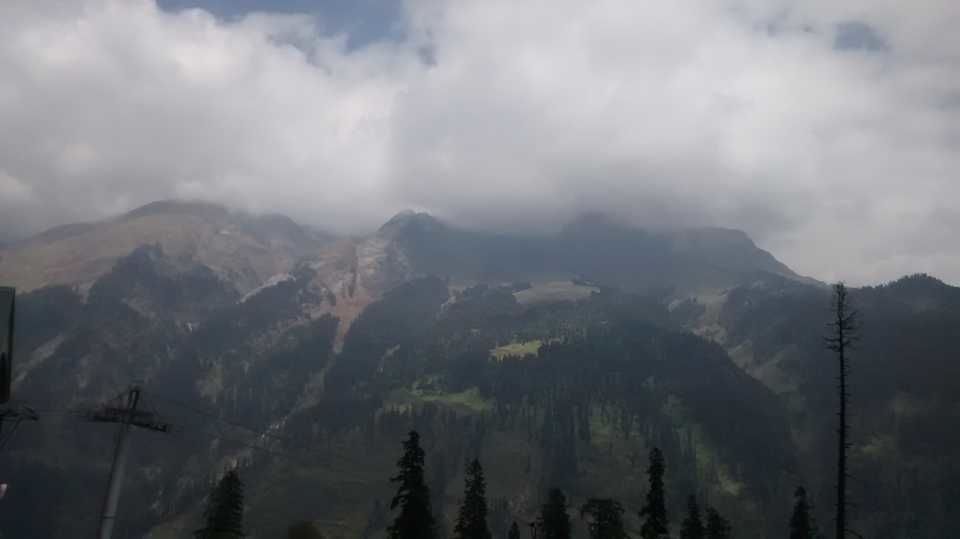 We finally finished our first coffee in Manali and got up at 7 in the evening to explore the Mall Road. Since Dussehra celebrations were on, there were too many travelers in the market. Yet we managed to spy away in one of the popular restaurants and ate the delicious Trout fish, a specialty of the region. We were keen on having a few drinks however; we couldn't since it was a National holiday. Ouch!

A Must Visit Spot in Solang Valley 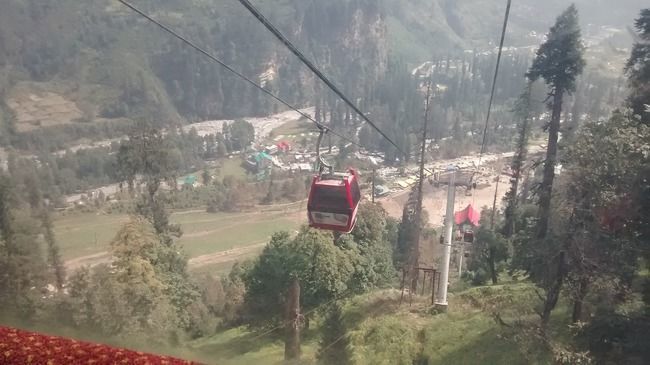 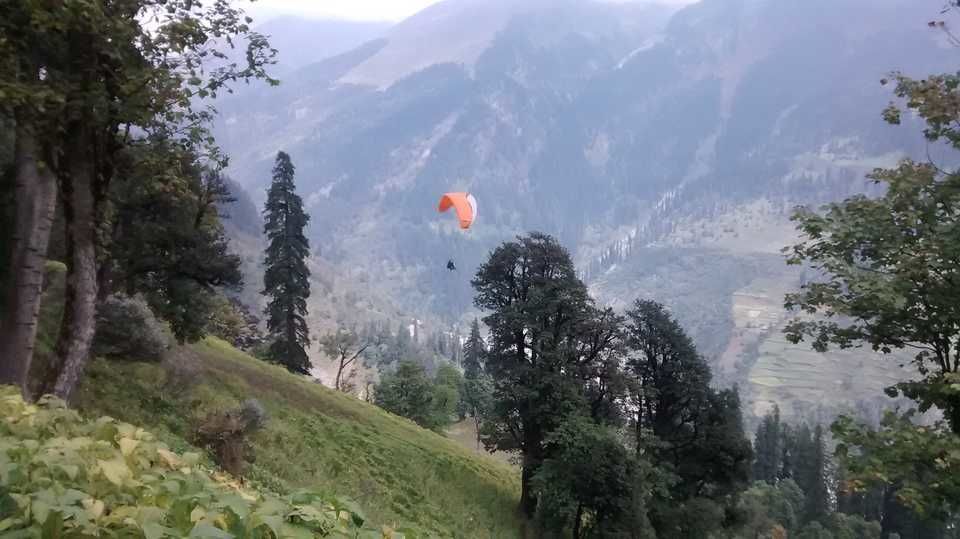 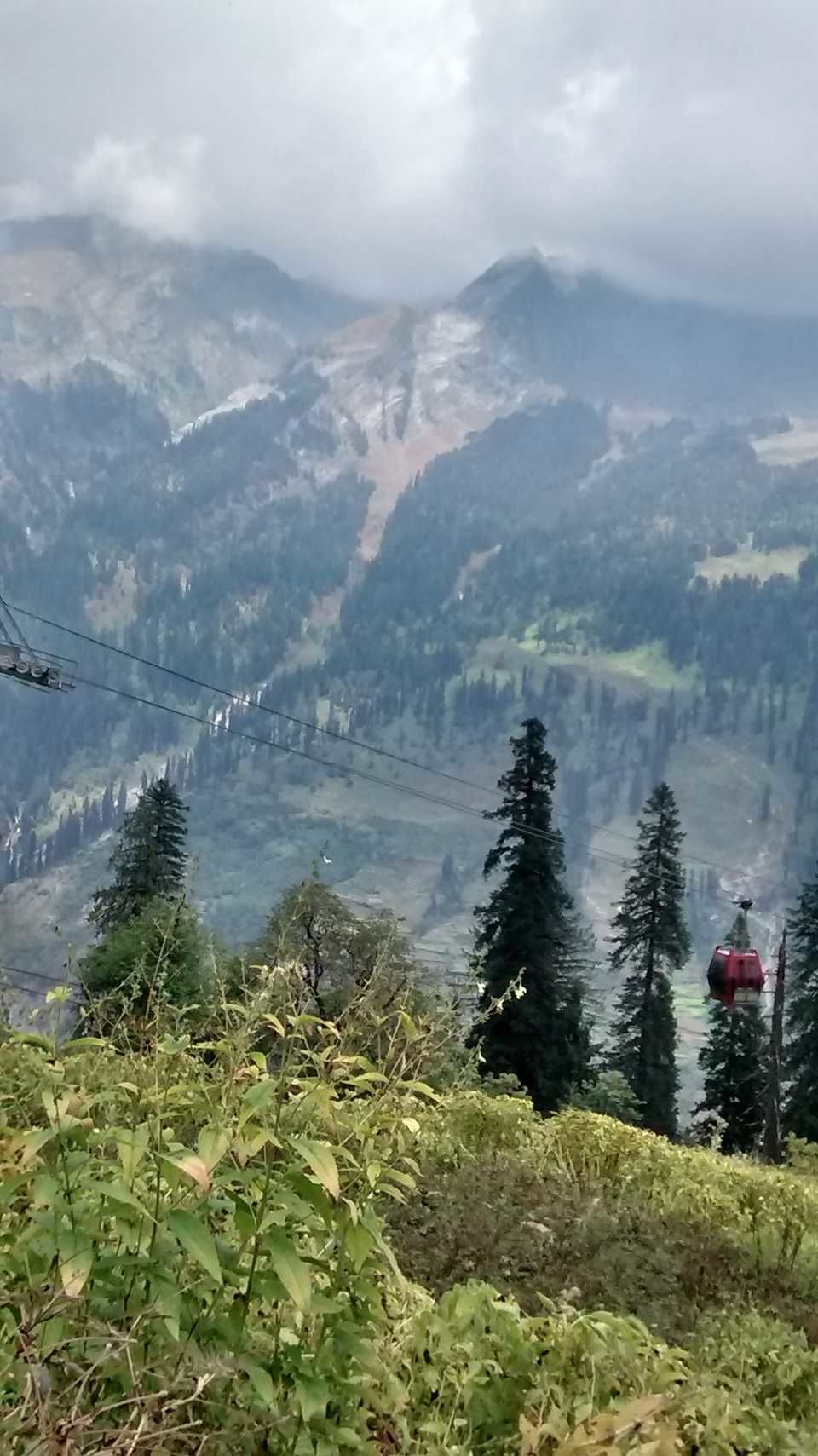 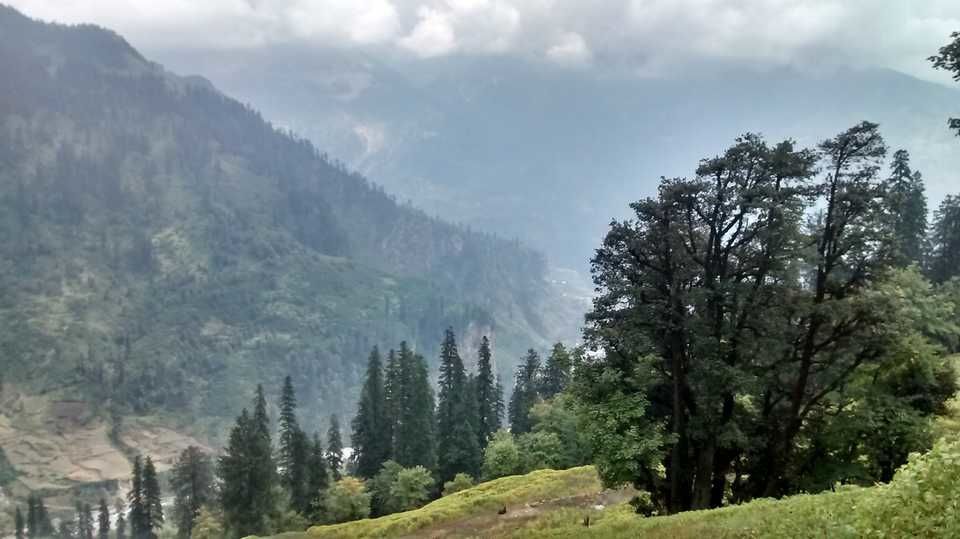 Our day began with the spectacular view of Himalayas peeping through our glass windows. We decided to visit Solang Valley over our morning tea and booked a cab at Rs 1400 for a to-and-fro trip to the slopes of Kullu Valley. The trip is about a 20 minutes uphill march from where you can have a bird's eye view of half of the city.

Solang is located at a distance of about 14 kilometers from Manali and crowd-pleasing activities like paragliding, zorbing, horse riding and ice skating (in winters) are very common here. In an off-season, paragliding would cost you around 3000 rupees for 15-20 minutes of trip with the guide unlike in the festive season when the prices go as high as 5000 rupees per person.

One thing you shouldn't miss here is the ropeway. You can buy the tickets from below the Ski-Resort located here. Once you reach the top, trek to the further limits of the giant slope lawn and we promise you would thank us later (only if you aren't afraid of heights ;p). And yes, take your iPhones with you because we don't want you to miss your moment of 'selfies with the Himalayas'.

Solang Valley is a famous adventure sports destination in Manali. 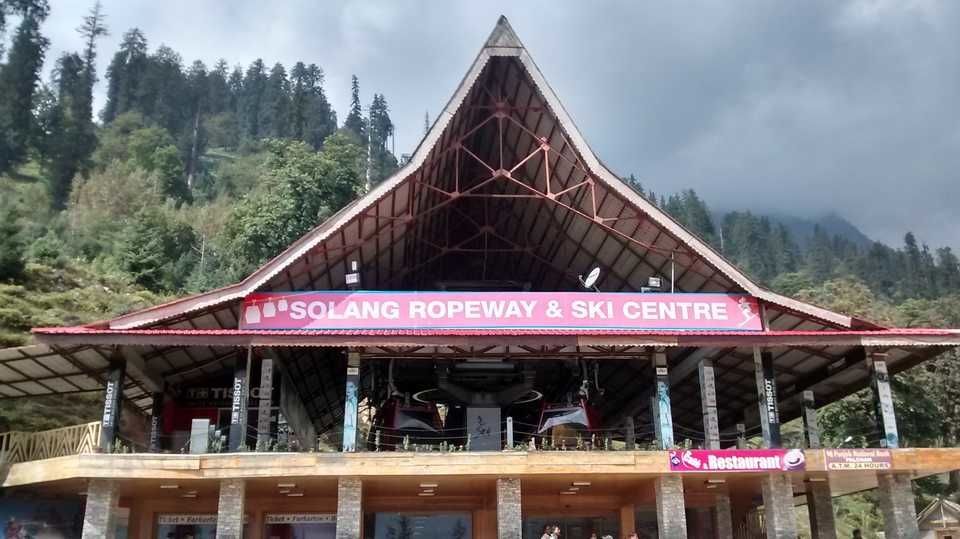 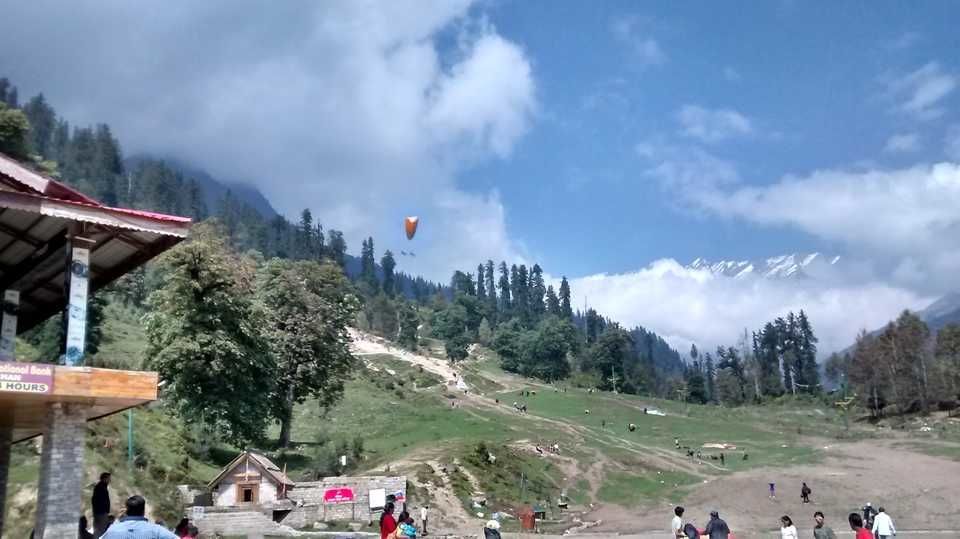 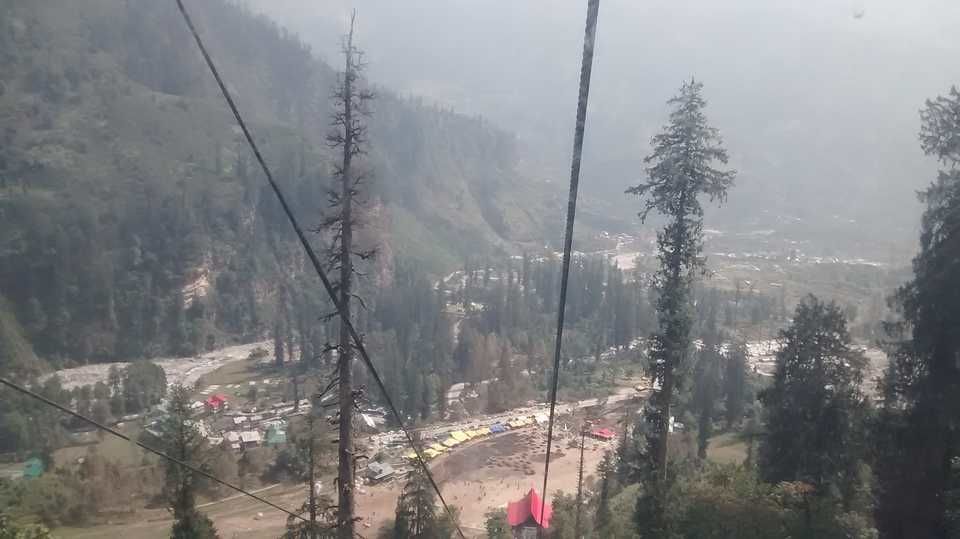 We returned to our hotel room by 7pm that evening and sat for a candle light dinner in our balcony that extended for hours praising the artistic charm and delightful charisma of Manali.

Guarded by the exotic Manalsu River, Old Manali is a world, away from the world. As described in old story books and fairy tales, Old Manali is a mixture of rustic glory and fancy modernism. On one hand you have the age-old Hidimba Temple and serene atmosphere while on the other you have a long chain of hippy cafes and unconventional music spread across the narrow lanes. Apart from everything else, there's one thing you should do that we couldn't due to shortage of time and that is to stay in one of the village resorts or houses here for a while and sit back with the sloshing sound of the river, whistles of the leaves and the bulbul on the apple trees.

Time flies! We thought of making a one last stop at the Piccadilly theater the next day before leaving this mystical land.

We boarded our bus at 4 in the evening with a heavy heart and lots of memories and promised the hills to come back again with more days in hand. Finally, as a parting note, "Cut my heart and you will see, the love for Manali inside of me". (Just in case ;)) 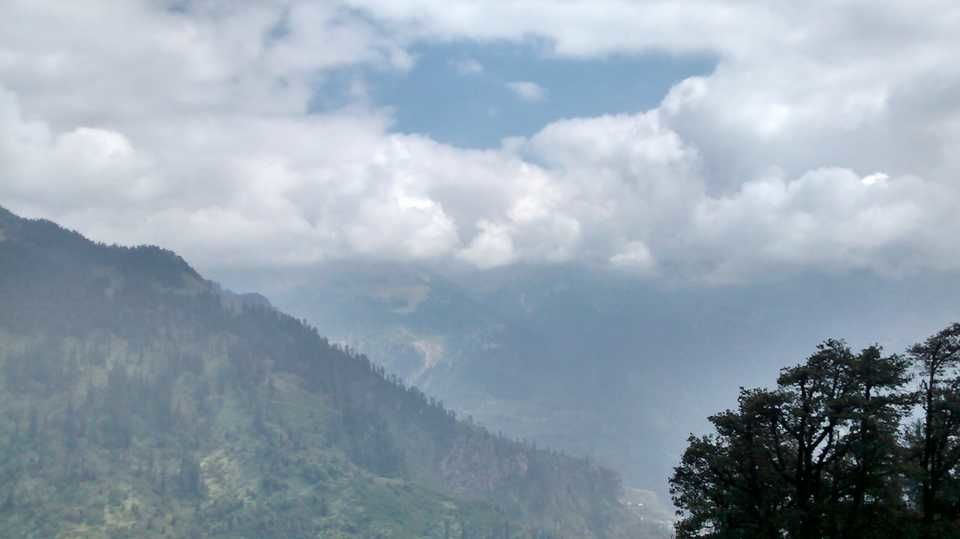 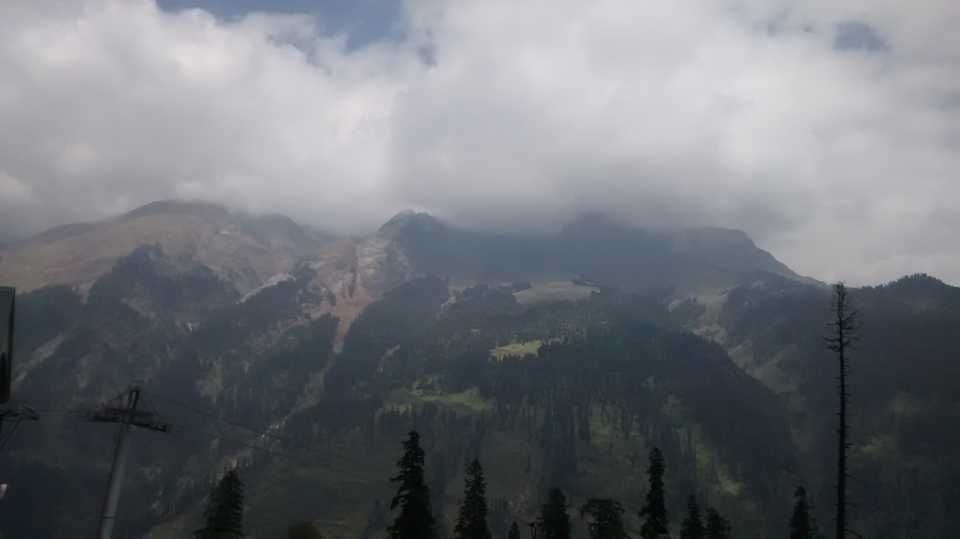 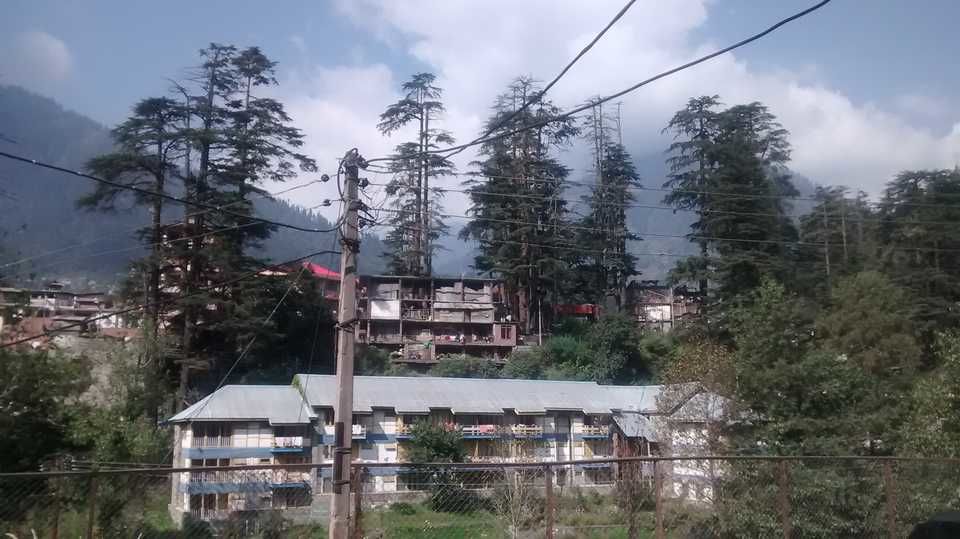