An Encounter with Magical Beauty 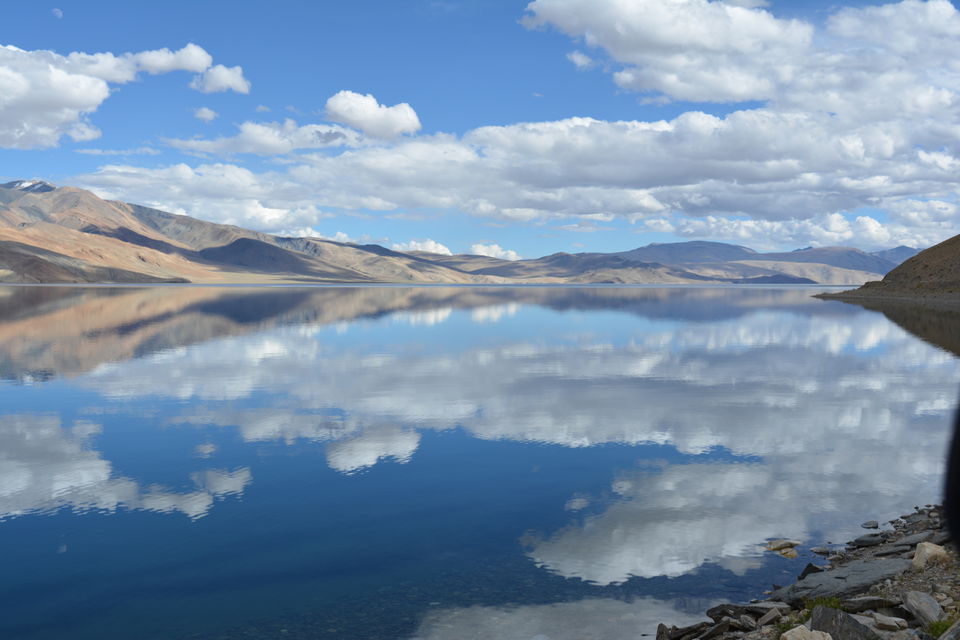 It's going to be a month since I returned from Leh- Ladakh. When I was moving along those amazing terrains of the mountains, the stories and literary lines were building themselves. The moment our flight entered the zone of the giant mountains, till the second we moved out of it, everything was picturesque. It's true that beauty extracts the writer out of you. I thought that I won't be able to write much about it since it's almost a month now. But, still, when I close my eyes, the beauty of the mountain, cloud, desert, land, and river unfold itself. A single land holding every asset of the nature; mountain, river, desert, and greenery. The jewel of this scenic beauty is the enchanting play of the colors of the clouds. The crystal-clear clouds made the vision exotic. From the deserts of the Nubra valley, the confluence of the Zanskar and the Indus to Pangong & Tsumoriri lake, every piece of the natural heritage seemed a blessing to the eyes.

I had never seen the more magnificent version of the Himalayan mountains than the various ranges over here in Leh- Ladakh. The pattern of the colors of the mountains, changing from Grey to red, to green at some places. It felt that somebody had painted on a canvas, to get the correct color contrast of a scenery. Indeed, it was the perfect canvas created by God himself.

We drove from Leh- Nubra - Leh - Pangong - Tsumoriri, the entire journey accompanied by the Himalayan ranges. The charismatic confluence of the Zanskar and the Indus, where the shining blue water of the Zanskar and the dirt green water of the Indus distinguish themselves very explicitly. I remember, our camera and phones were constantly full in memory because we were not having the option to delete any of the captures. We were amazed that suddenly we turned into extraordinary photographers. But obviously, it was the muse, not the photographer, who was brilliant.

Once you land before a beauty, you also learn the skill to appreciate it and admire it. The luminous blue waters of Pangong and Tsumoriri gave the mirror image of the mountains and clouds in its vast space; perfect mirror image. Pangong lake at 4 pm was treasure to the eyes. 'Blue ', everything was blue till one could stretch eyes. I feel blessed when I get the opportunity to encounter such visions that leaves me speechless. Perhaps, speechless beauty is the reason that it is situated high up in the Himalayas which is not easy under normal reach. You have to endure a little bit of pain and strength to survive the twist and turns of roads to get here, but I guess that is the thrill. And off course every good thing comes with a price.

Monasteries add divine touch to the land of Leh-Ladakh. You can always find monasteries at some distances, which can be easily recognized by their peculiar tombs. Prayer flags and wheels all over the mountains make you relate to the traveler magazines where we find such captures.

It is said that People belonging to the mountains are simple and clear at heart and yes they were. Their simplicity and innocence were evident in their hospitality of the travelers. They deserve the clean and pious beauty of the place. God has chosen these people to preserve the natural heritage and keep all the destructions aside which emerge out of the human desires.

There are countless feelings but everything which can be written about this land is less to justify the varied feelings which you experience after moving along these terrains. When you encounter something which is mesmerizing , then you are also lack of words to compliment it. Such is the magic of this land upon me.