Leh Travel GuideLeh TripsHow I Chased People For 6 Hours To Trace My Lost Camera In Remote Villages Of Ladakh.

How I chased people for 6 hours to trace my lost camera in remote villages of Ladakh.

How I chased people for 6 hours to trace my lost camera in remote villages of Ladakh. 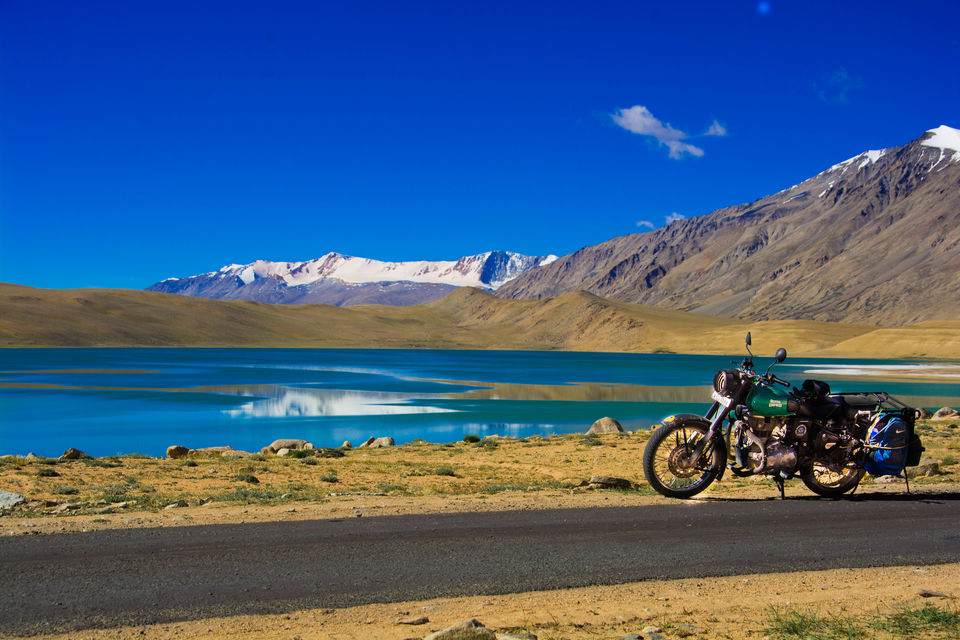 I got down my bike to click a picture of the Himalayan goats walking alongside a stream and that's when my heart skipped a beat. I turned towards the bike carrier to drink some water and did not find my bag on it.

I quickly turned around and saw a bike approaching towards me. Upon enquiring, I came to know that a bag was lying on the roadside 10 km behind. I rushed towards the spot but only to see my water bottle lying there without the bag. Countless thoughts of losing the bag forever ran in my head. I wondered if some highway robber may have picked it up or if some local road labour thought of making some money from it. I was too thirsty to have another thought, so I sat down on the desolated road and gulped some water. Re-hydration stabilised my mind and I got back on the bike again.

I went 10 km further ahead to a police check post and informed them about my loss. They suggested me to rush to Tso Moriri lake as the road eventually leads vehicles only there and I may find it with someone. I started driving insanely towards the lake to trace the bag because every passing second reminded me that my two-year savings invested in the camera would be gone forever.

While off-roading on the mountain to cut short some distance, two fuel tins which I was carrying fell off the bike and one of it broke open, soiling all the fuel. The other tin too cracked with fuel leaking out through a small hole. I somehow blocked the hole temporarily and started towards the lake without wasting any more time. I was lucky to save at least one fuel tin or else I would not be able to return to the city.

After driving for an hour relentlessly, I reached a smaller lake called Kyagar Tso where people take a photo break before reaching the main lake. I approached the drivers of tourist vans parked there and enquired about my bag but to my bad, none of them knew anything about it. I started my bike to leave and that was when I heard a soft voice from behind me who asked If I am in search of anything. I thought my story will finally have a peaceful ending here and went to him to collect the bag. A man in his thirty's asked me if it was a blue Nike bag along with a camera tripod. I screamed 'yes', he grinned and told me an Innova car driver found it and enquired to people on his way. He also told me the car headed towards the lake and I can find him there If I reach before dark.

I started my journey towards the lake but this time with a promising hope. On my way through a wildlife reserve, a herd of wild horses on the road would not make way for me. Wild horses are usually aggressive and disturbing them in their natural habitat would have bad consequences, so I waited till they crossed the road. My confused soul in desperation to find the bag made a wrong turn and reached a restricted army zone who stopped me for questioning. Upon listening to my tragic story they showed me the route to the lake and wished me good luck to find the bag. The last hour of the ride towards the lake was most tiresome. I had to bear the harsh reflection of the sun from upon the lake as I lost my shades too along with the bag. I finally reached the village where tourists would usually stop and watch the sunset. The entrance of the village was blocked by an army unit to check entry permits. I think you must have understood it by now, yes I lost the permit too along with the bag. Most Indian army soldiers are usually kind-hearted and empathetic. The same here too and they let me into the village for a short while to search the car. In the meanwhile, the tourist van drivers whom I met at Kyagar Tso lake phoned and informed most hotels in the village about my bag and asked to check cars that enter into the village. The moment I entered the village, I was confused to see many villagers waiting for my arrival. They greeted me with a warming smile and took me straight to the bag. The driver who found my bag hails from Kargil and is well known among the villagers for his helpful nature. He did not accept any money from me, so I took the driver out for dinner and thanked him for being a good human.

Here I am two days after the incident, penning down my events while watching a beautiful sunset at the high altitude lake. I now feel glad for my solo bike ride decision which gave me an adventure for a lifetime.