Leh Travel GuideLeh TripsI Found My Road To Happiness On The Way To Ladakh!

I found my road to happiness on the way to Ladakh! 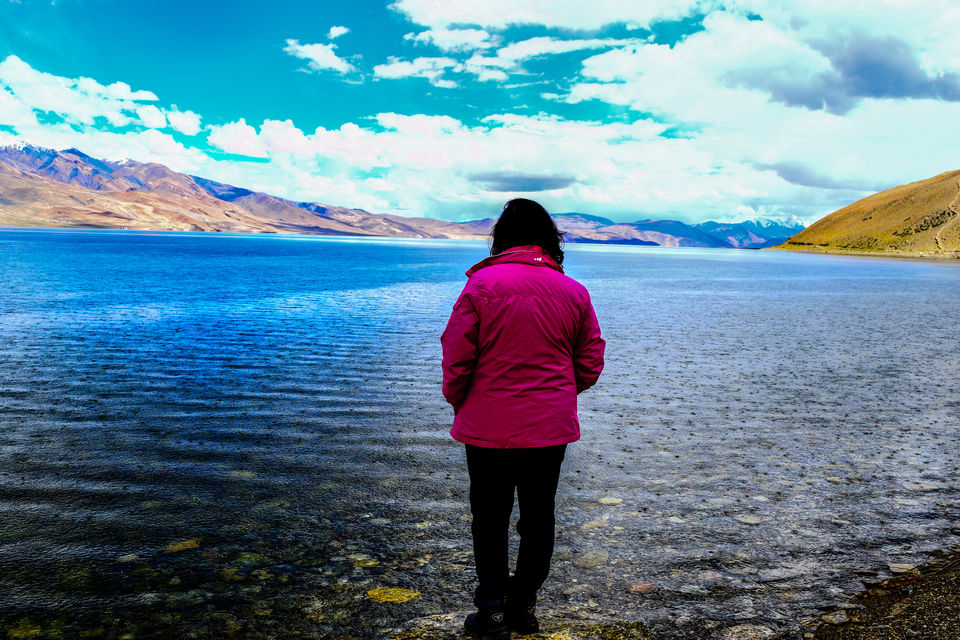 After much chaos and last minute cancellations, I somehow embarked on my journey to the Land of Llamas! It was more of a photographic journey than a road trip! I tried to capture every moment of the trip to avoid regretful moments later. This kind of backpacking and pre-booked trip turned out to be the best of all my travels! It was probably the first time that I pre-booked the hotels and the car; I can still reminisce the baffled voice of the driver when I was trying to explain to him a different and a new route to reach Ladakh, but somehow he understood.

More than excitement, I was in a panic state. The chance of getting AMS was more frightening for me than the excitement of traveling to this paradise. It’s said that difficult roads often lead to beautiful destinations and on day 1, I was just waiting for that destination to arrive. I was restless and tense about the next day, when I will finally begin my journey to the high altitude passes.

The chilly weather, the lush mountain, the fresh clouds and amazing company made it all very easy! The very first day, after reaching Manali from Delhi, we started our road trip from Manali to Keylong. I have been to Manali before and I had a different picture of the place in mind. I was stuck in the snowfall and it was the best place to get stuck at. But, this was a new Manali I was looking at, all green and bright!

Breakfast at Keylong is one of the most peaceful things I have done this year! Keylong is a quaint village with no tourists at all.

The next stop was Sarchu. It is one of the most remote places I have ever seen, barren but beautiful! The sun kept us warm despite the chilly wind but the night was cold and uncomfortable.

Sarchu was the last stop in Himachal Pradesh and I was excited to see the famous Gata Loops as we entered J&K. I had a different route planned; rather than going to Leh directly, I decided to explore the untouched beauty of Tso Moriri crossing Tso Kar. It was a long route but worth the bumpy ride. Both lakes left me breathless!

Leh was a different experience altogether as it’s a different kind of a hill station. It was peaceful and less crowded, and the food was amazing. I love Tibetan food and here it was presented with a Ladakhi touch, which made it all the more better.

The next journey was to the ever beautiful Pangong Tso.

It was one of the most exquisite sights that I have ever seen! The lake was pristine blue surrounded with chocolate-colored mountains! It was the best feeling to witness the sunset over this ethereal beauty! The night sky was nothing less than Van Gogh’s Starry Night!

Nubra Valley, the cold desert of India was my next stop! After all the beauty I had witnessed till now, this was overwhelming! Everything is just so alluring about Ladakh, you can’t even take your eyes off more than a second because you might just miss something stunning out there!

I met the coolest monks in Diskit! Everyone was chattering and taking selfies against the giant Buddha statue! After a visit to the Hundar Sand Dunes in the evening, we decided to gaze at the night sky for some time. It was indeed peaceful and relaxing.

After spending good 2 days at Leh and shopping for all things that would remind me of Ladakh, it was finally time to say goodbye to this land of eternal and magical beauty! We headed towards Srinagar; the road was memorable, as we passed the moonland, the Lamayuru Monastery and the town of Kargil.

It was a moving experience to visit the Kargil War memorial in Drass.

Surprise that Ladakh gave me! 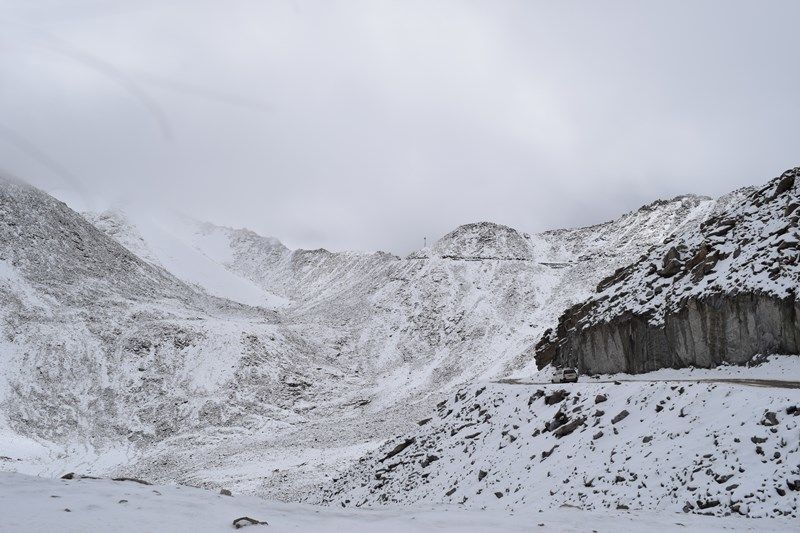 I was the happiest person when I first saw the snowfall in Chang La and Khardung La! My favorite part was to get stuck in the snowfall and traffic jam at Khardung La for 2 hours! Those were the moments to cherish! It was the most unexpected thing to happen! There never has been snowfall in August, but there it was, whiteout! This was my road to happiness moment, I was delighted at the sight of White Ladakh!