Places To Visit In Ladakh

Ladakh has many beautiful places to explore on a road trip. There are endless scenic marvels all around Ladakh.

Leh is a high altitude desert town of Ladakh region located in the Himalayas. Leh is popular for its palace, Buddhist temples, it’s local market called Leh Bazaar. The Leh palace and Potala Palace in Lhasa, Tibet were built during same period and with similar architecture. There are many popular treks around Leh which are popular among foreign tourists. Apart from Buddhist sights Leh has a famous Gurudwara and a Mosque too.

For centuries Leh used to be a stopover place between Tibet Srinagar and China India trade.

Leh is connected with Srinagar and Manali highways. Generally the 473 kms road from Manali to Leh remains open from May or June to mid October. The 434 kms highway between Srinagar to Leh remains open longer than Manali, this road opens sometimes in mid April and remains open till November. There are direct flights available from Delhi to Leh and Jammu to Leh too. There are state government owned buses available from Srinagar to Leh. Once the Leh Manali highway is open there are many shared vehicles shuttles in between these two towns.

Thiksay Monastery is the largest monastery of central Ladakh it’s located 17 kms from Leh town in Thipsay village. This monastery looks similar to Potala Palace at Lhasa, Tibet. Thiksay monastery is a 12 storey building located on a hip top. it’s main attraction is Maitreya Temple with a 15 meter high statue of Maitreya. The monastery is mostly painted in white and red colours. It’s is one of most visited monastery in India and the Ladakh region.

An annual festival called Gustor Ritual is organised every year during October to November on 17th to 19th day of ninth month of Tibetan calendar. People from all over Ladakh gather her during this festival and participate.

Stok Monastery was built is 14th century by Lama Lhawang Lotus. The monastery is located around 15 kms from Leh town in Stok village near Stok palace. There is a 22 meter high statue of lord Buddha just next to the monastery.

Pangong Tso is located at around five hours of rough drive from Leh town crossing Shey, Shakti, Chang La, Tangaste, and Pagal Nala. Pangong is a saline water lake in the Himalayas at a height of around 4350 meter high from sea level. The lake is around 134 kms long, it’s 40% part is in India and rest is in China. Time to visit Pangong is from May to September and an inner line permit is required to visit Pangong. The permit can be obtained from tourist office at Leh by paying a small amount. There are multiple choice of accommodations available near the entry side of of the lake from Indian side including many restaurants.

Nubra valley is a cold desert on a high altitude located at around 150 kms from the Leh town after crossing Khardung La pass one can reach here. Nubra valley is formed by Shyok River. The Maitreya Buddha a 32 meter tall statue is the landmark of Nubra Valley. The statue is maintained by the Diskit Monastery. Diskit has several kms of sand dunes and you can see double humped camels here. Turtuk offers many camp sights for tourists. Best Time to visit Nubra valley is from May to September and an inner line permit is required to visit Pangong. The permit can be obtained from tourist office at Leh by paying a small amount.

A gateway to Nubra valley, Khardung La Pass is a mountain pass in between Leh and Nubra valley. Khardung La pas located around 39 kms from Leh was opened for public in 1988. The highest point of the Pass is around 17,582 feet. A daily bus service from Leh to Nubra is available to access this historical place. The route was used by caravans for trading from Leh to Kashgar on the Silk Route. The road remains open from May to October. Carry medication for altitude sickness if you have not been used to high altitude. 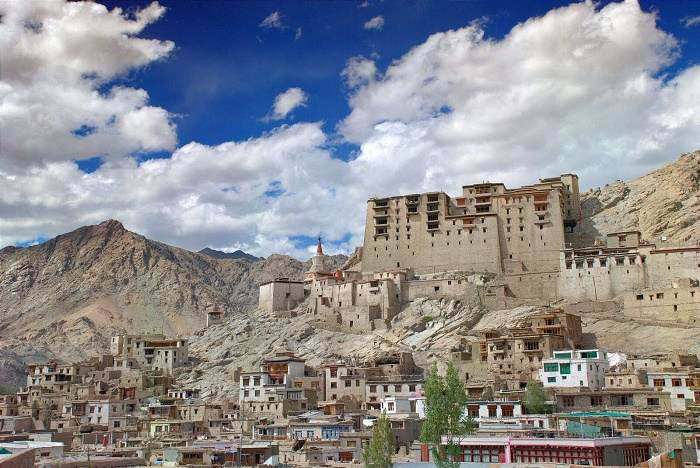 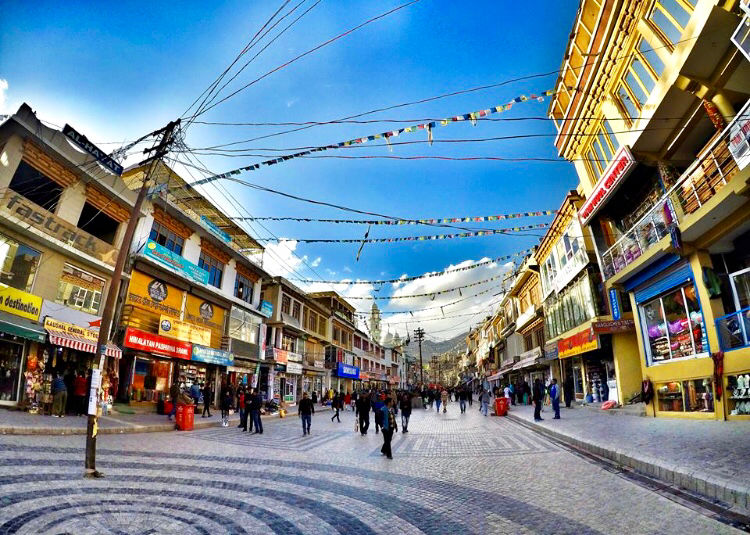 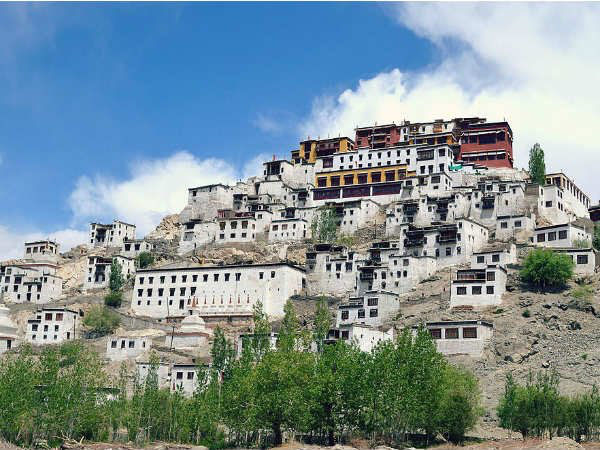 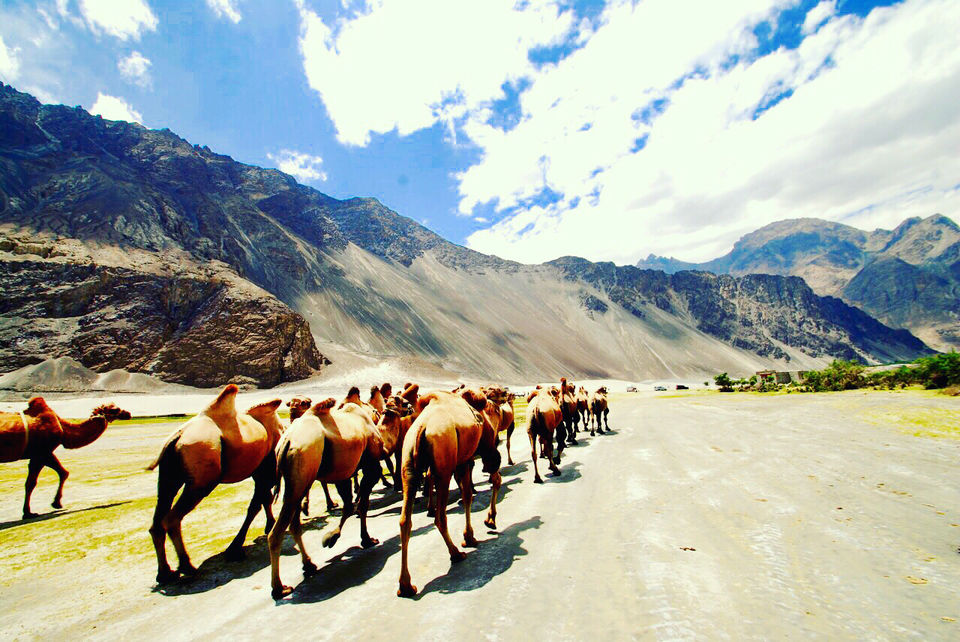 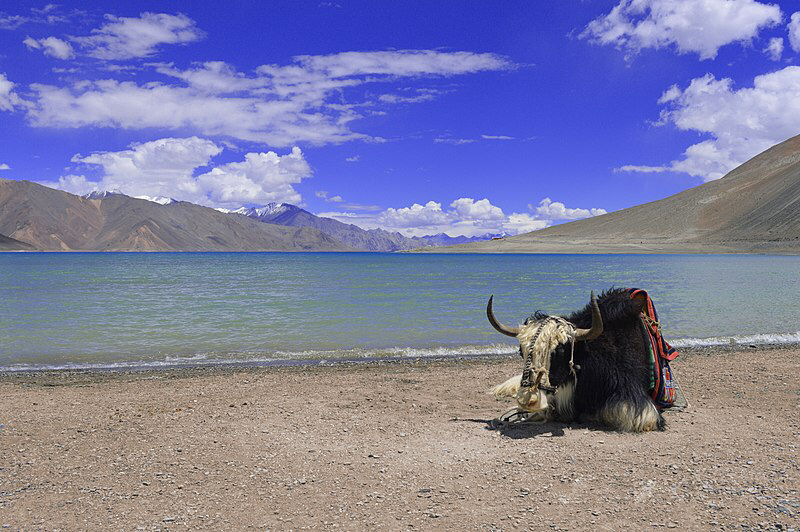 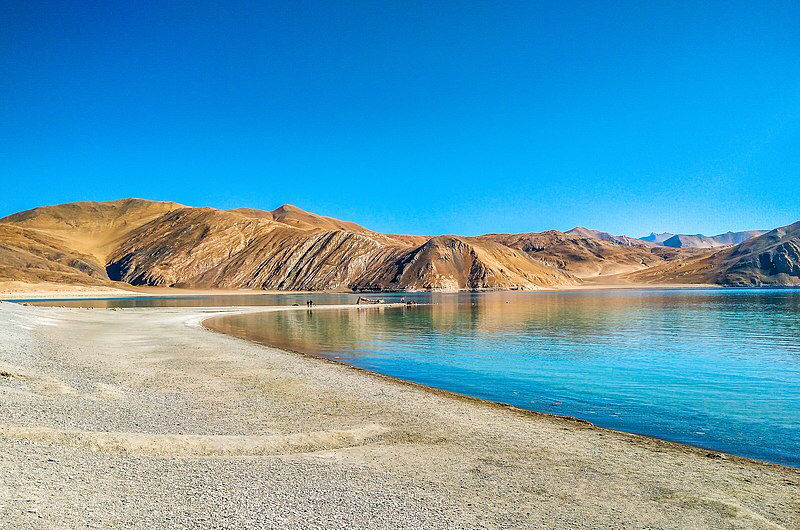 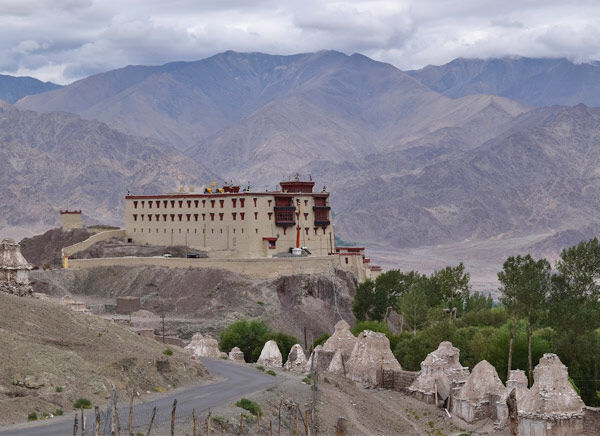