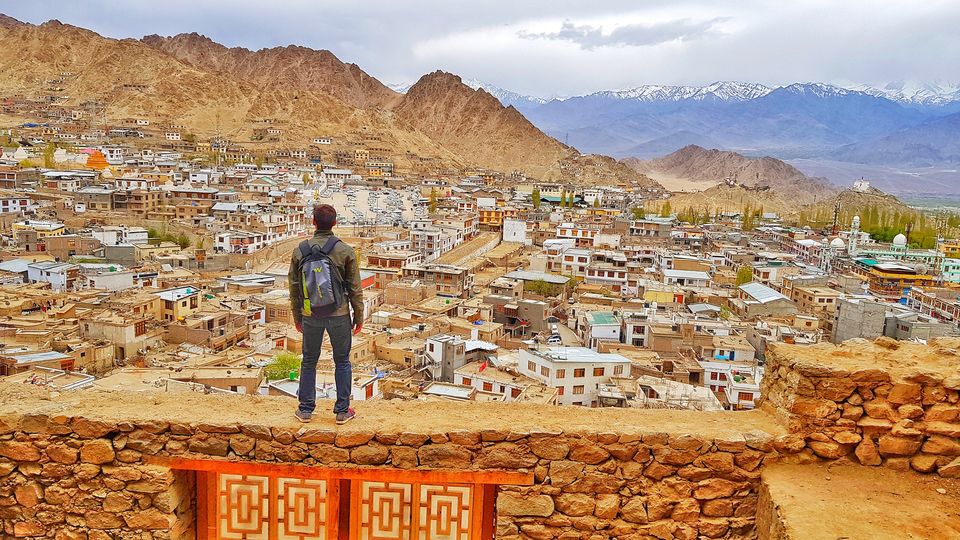 Sometimes being lost is a blessing in disguise, i learned this lesson when while traveling in Leh trying to reach the Leh Palace i took the wrong route and ended up in Leh market which is quite far away from the way.

Leh palace is visible from anywhere in the city, so i thought i would eventually reach if i follow the palace on my bike, but when i asked for the directions, i was told that the motorable way is quite far so it's a better choice to walk there instead. That was the best thing to happen on my trip so far, cause what that lead up to was as amazing as it could get.

There was a very narrow alleyway leading to a kind of abandoned area, the ceilings were super low, there were dark alleys, and small hand painted arrow saying 'way to palace', it was scary and shady, but i decided to trust the arrows.

It felt like i was in my own video game, i was the main player and i was trying to reach the palace to meet the king. But the best thing was the architecture, the old houses which gave kind of an Assasin's Creed feel to the whole experience, i lived up to that by doing some parkour there and going on a ledge to get the eagle's eye view, it was such an adrenaline rush. But the best was yet to come, after a while there were panoramic views of the whole city in front of me, and the Leh Palace standing right behind in it's full glory. It took 10 minutes to hike up.

I was the only one there, it was a truly off the beaten path experience which i could proudly say was the best thing i did in Leh city.