An Unplanned Journey to Slovenia 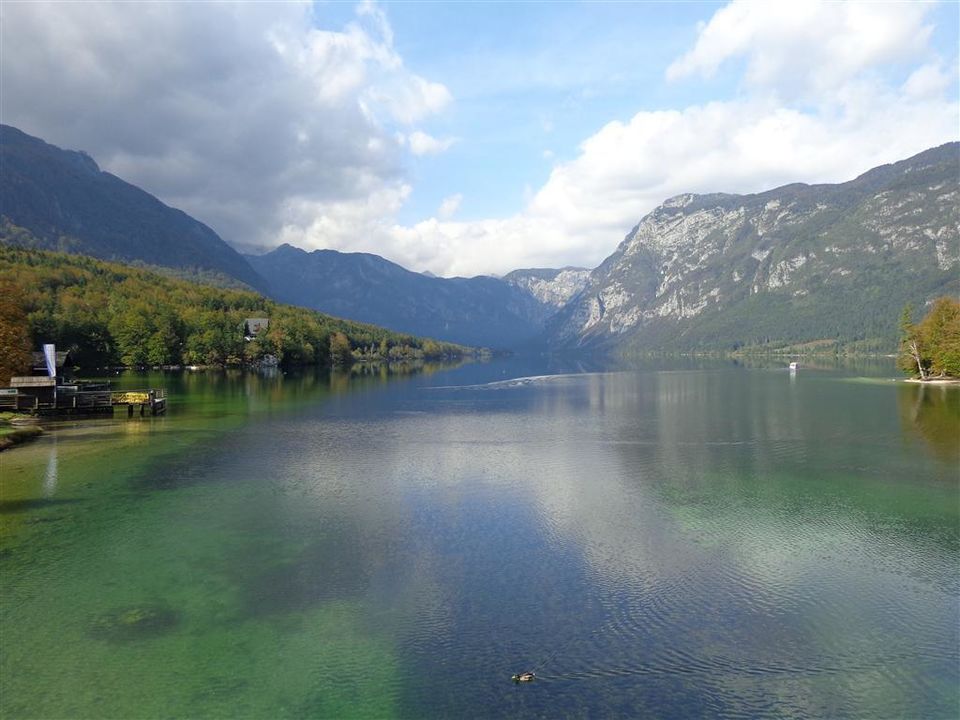 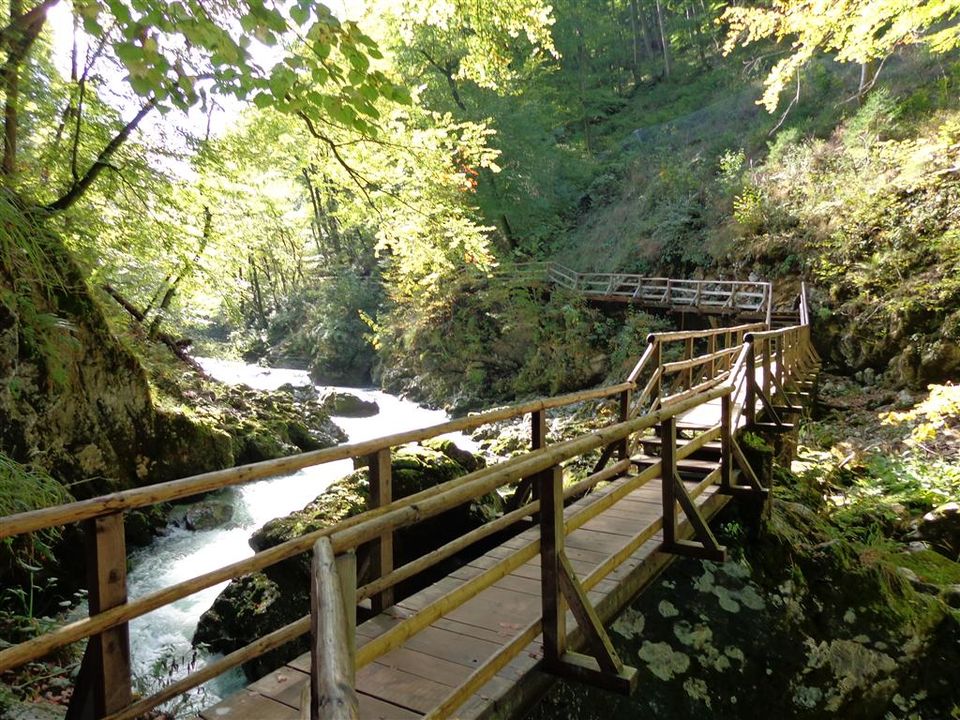 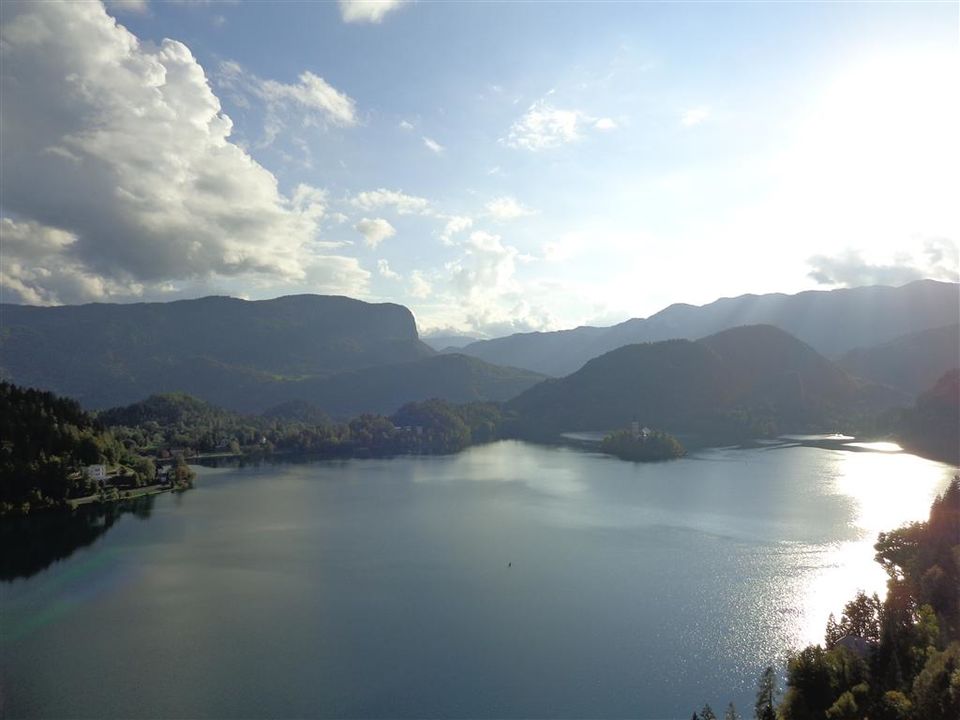 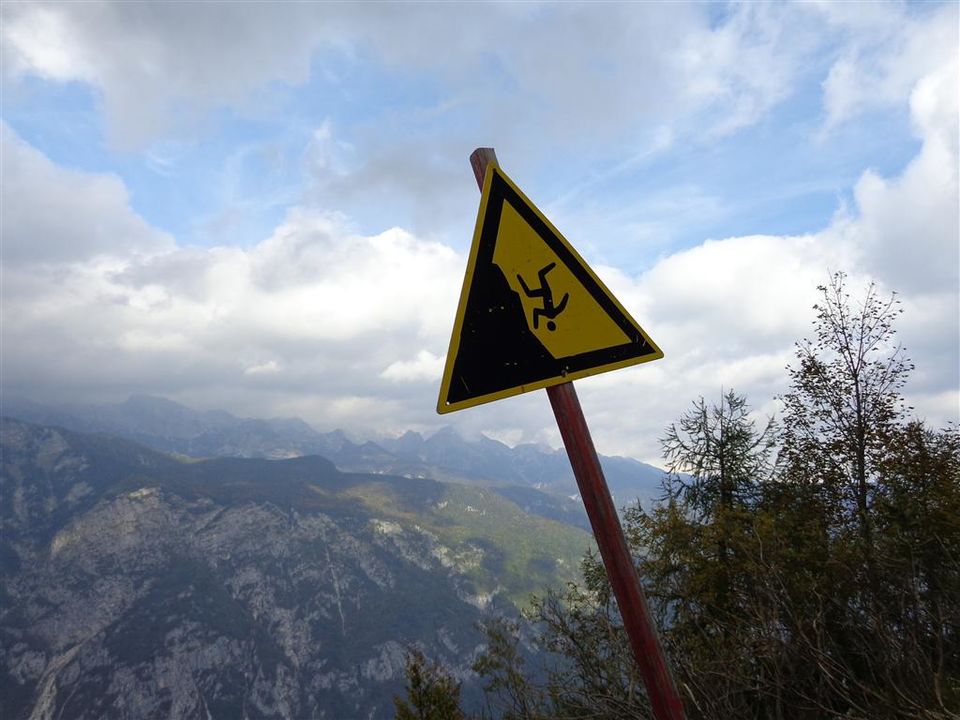 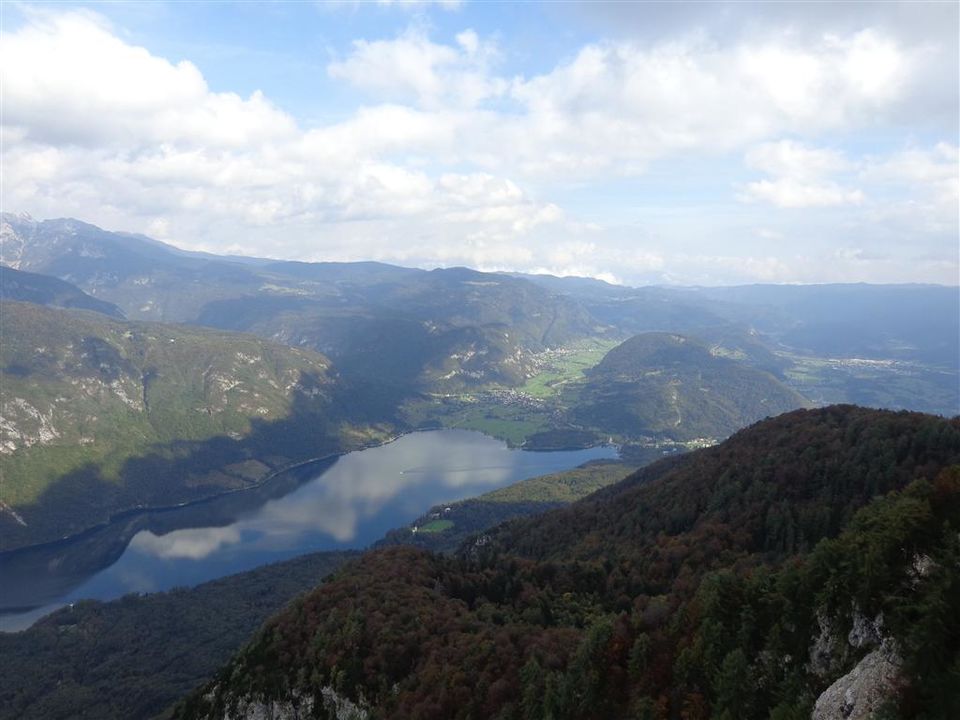 Day (-2) : I am off to Slovenia I decided. Reached the station just in time and the train turned out to have only sleeping coaches, hence a charge of 40 euros!! Next train -too late to get bookings!! Ah, well the trip got postponed.

Day (-1) : Will definitely go today I thought. Started packing, but then plans changed as my new camera was undelivered as I was not at home, had to wait for it.  The camera comes but a bit too late in the day for me to leave.

Day 0 : This is too much, I have to go today no matter what, I decided. Off I go to get my watch from the repair shop 2 hours before the train. Tram, bus strike from 6/7  pm so I better hurry. Got the watch, caught the metro and then someone decided this is the day to end his/her life by jumping in front of the metro. Metros stop. Catching the 19.05 train is scrapped. But I have to go, so after reaching Cadorna where the metro finally deposited me (after a seemingly interminable delay, callous of me I know but have an anti-suicide viewpoint as I believe you only live once) I tried to get any transport services possible- to my joy none were available. So GPS on, I start walking the 3.2-3.5 kms to the Milano Centrale station with my backpack and laptop bag weighing me down. Then again, instead of the planned 21.50 train the guy at the reservation counter suggests an itinerary. 21.05 I am off to Venezia Mestre( a railway station in Venice). After reaching the station realize my next train is from Venezia Santa Lucia( another railway station in Venice). Run to catch the train to Santa Lucia. Caught a train to Monfalcone from there. Now starts the awesome part.

Monfalcone is a ghost station. I reach there at 2.15 am and had to catch the train to Gorizia at 5.27 am. 3 people in the entire station, one sound asleep. Start talking to the other guy who turns out to be a Tunisian/Italian guy, discussed Jasmine revolution with him.

DAY 1: Reached Gorizia to realize the bus to Nova Gorica( the first Slovenian station) is at 8 am and my train from Nova Gorica is at 7.35 am. Called two taxis but no one was willing to get out of bed at 6 am for a 3-4 km ride. So GPS on I walk again to the station, crossing the humble arch marking the Italian- Slovenian border. Then begins the beauty of Slovenia. An amazing train ride with a light green river on the side, mountains and clouds near the tracks and stations that were little more than small huts on the way, I reached Jesenice. Rough Plan till now- go to Ljubljana and see the Postojna caves today and then Triglav National Park tomorrow. There the girl at the tourist information counter convinces me to go to Bled for a day. So new plan- today Bled or Bohinj, tomorrow Ljubljana.

On reaching Bled with its beautiful and serene lake took up a hostel and started walking to the Vintgar gorge (4km or so from hostel to the entrance). Beautiful meadows on the way and archaic signposts built up a lot of excitement about the gorge. Therein began one of the most beautiful experiences I have ever had. Talked to an old British couple on the way, then the gorge blew me away with its natural beauty. Gurgling green waters transparent enough to see the bed of the stream, waterfalls, the sublime music of the sound of water built up to an epiphany of joy. The sights mesmerised me and my normally shutter-shy self, clicking away to glory, I covered the whole trail and reached the waterfall at the end which offered an amazing view of the Julian Alps.

The cat at the shop there- a fully grown tabby cat was being hounded by photographers from all sides. I was sitting on a bench. The cat maybe understood how serene and happy I felt as it decided to climb into my lap and sleep!! There it seemed to have parked itself until I had to shake my leg to get it off. Meanwhile people started clicking me with the cat in my lap J  On the way back got many empty spaces on the trail that gave me an opportunity to exercise my less than melodious vocal cords J Singing at the top of my voice –songs such as – “ If you are happy and you know it clap your hands, if you are happy and you know it tap your feet”; “Gazab Ka hai din dekho zara”; etc etc the joy within me rose to a crescendo. The awe-inspiring beauty, the sweet sound of water, the strangely beautiful loneliness and the sleep deprivation all conspired to make me deliriously happy.

On the way back, climbed to the Castle that overlooks Bled; and the vistas it offered and its Chapel; gave me a new definition of inner peace. Talked to the guy in the wine cellar of the castle about Kerala and Ayurveda.

The day had more in store for me though. 3 room mates – 2 girls – one from UK and one from New Zealand and an Israeli guy made for a stimulating conversation. The girls were off soon though- then discussed Israel- Palestine, India- Pakistan, the propensity of the Jewish people to produce eminent scientists and actors, with the Israeli guy who turned out to be an awesome guitarist/singer too and sang Beatles’ songs and a Hebrew song on my request.

Then proceeded to check out lake Bled at night where I met a person from Mali ,settled in Germany, who I proceeded to chat with for 2 hours or so, first walking and then over coffee. Discussing things like the popularity of Amitabh Bacchan and Bollywood in Mali, Germany and its auto industry, Indian education system and its competitiveness, the lack of sports culture in India etc etc.

Then finally after 37 hours I slept with the plan now being Bohinj for tomorrow and Ljubljana and Postojna caves later.

Day 2: Off to Bohinj and the lake was even more beautiful than the lake at Bled if it were possible. The weather played a funny game though, bright and sunny when I reached, cloudy, windy and rainy soon after. The walk along the lake offered vistas that were breath-taking and then saw the cable car to a ski resort up in the Julian alps. Went up and the view from the top blew me away – again!!

Started trekking up to a ski slope, the weather being what it was most people were returning and I started off!! After an hour or so of walking up the mountain came to a spot where I finally met a group returning from a trek and those were the last people out there as their guide pointed out. After staying amidst the winds that were strong enough to necessitate bowing down and clouds that passed by strewing me with stray droplets of rain decided to go back. At the café (at the resort) sat outside in the drizzle and cold to have a hot plate of spaghetti Bolognese.  Transcendent hot food in the sub 5 degree weather was amazing. As I walked inside to take the cable car down an old Australian couple said – brave of you to sit out there and eat!! Finally walked around for some more time around the lake and started back.

Caught a train to Villach and thereon to Udine. In the second train had a somewhat harrowing experience with a much too elaborate passport check wherein the checker scratched my visa to check whether it was a stick on I suppose, checked out every printed page on my passport with a special instrument to check for forgery and spent close to 5 minutes checking out and noting my details. Then at Udine had 2 minutes to change trains to Bologna whereby the usual run and catch worked. Weird experiences at Bologna station as I waited for the morning train to Bari- a guy offered me money to have a bite from the Pizzetta I was eating!!  Then a conversation with a Pakistani guy which had started off with talk about music and ghazals deteriorated as I realized he was drunk at 8 am as he started being obnoxious to all the Italian passengers waiting in the room. Thereon train to Bari where I will take a ferry/cruise to Patras( Greece).

All of us have moments when we experience pure happiness untainted by any worries and worldly matters. These 2 days were like bright beams of sunshine and would always remain etched on the landscape of my memory as bright beacons of what has been and could be again. Interesting, intimidating and joyous, may such days come again and again – oh beautiful Slovenia thank you so much for this precious time.