A travel guide to Khajuraho and Orchaa 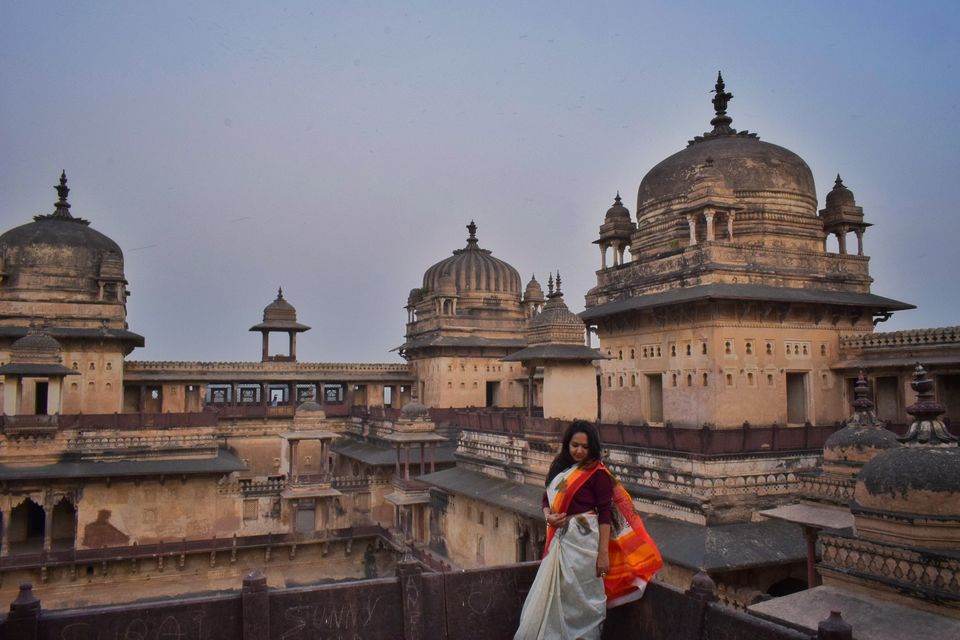 The heart of Madhya Pradesh, Khajuraho is a land of great antiquity. The ornate temples that adorn Khajuraho are a spectacular piece of human imagination, artistic creativity, magnificent architectural work and deriving spiritual peace through eroticism. Built around medieval times, these temples showcase the architectural excellence of human kind.

Khajuraho can be visited anytime between the months of July to March. The city of Madhya Pradesh is a treasure house of ancient cave temples. The best time to explore these prized beauties is the pleasant months. Summers are usually harsh. Heated weather does not let you enjoy the sights. Monsoon in the city are a pleasant time. Moderate rains are available for few days in the season. The lovely months of October to February are the best time as crowds from all over the world visit.

The Khajuraho Dance Festival held every year in February is the best time to plan your trip. At the marvelous backdrop enjoy the rare classical dances of the country.

Well you can find out more about Khajuraho on the web, what I am about to tell you is the ease through which you can make this journey in a short span of 3-4 days and get transported to the medieval age as if you yourself are dancing alongside the beautiful sculptures engraved on the temples.

How to reach Khajuraho

My journey began with boarding the overnight Khajuraho-Hazrat Nizamuddin Express which starts at 08:30 PM from Nizamuddin.

Take a reserved auto from the station costing around Rs 150-200 to reach at your Khajuraho hotel.

I booked Hotel Gupta Palace from booking.com @ a cheap price of Rs 700 per night. You can choose your stay option right from Oberois and Taj to cheap budget hotes.

TIP:- Choose a hotel which is in the market as it would be in close proximity with all the temples. Mine was near to the Western Group of Temples.

How the days unfurled:-

Day 1-took me to my first destination was Jain group of temples.

The main Jain temples includes the Parshvanath Temple around 954 AD, the Ghantai Temple around 960 AD, and the Adinath Templearound 1027 AD. The Jain temple complex was recently developed, with shops and a small museum displaying Jain images salvaged from the vicinity.

My next stop was just a KM towards the east called the Eastern Group of temples. Temples comprising the Khajur Sagar and the old village of Khajuraho. The temples are Brahma temple, Javari Temple and the Vamana temple. Enroute the village is a modern whitewashed structure with a large orange - red statue within. The statue is still worshiped but is one of the oldest images to be found in Khajuraho.

It was evening already and we reached the main market where there is a plethora of fast food options to consider from.

After a presumptuous evening snack, I went over to see the Evening Light and Sound Show at the western group of temples. I must say I was enchanted and transfixed which A MUST DO.

Day-2 started with the Western Group of Temples, which is the largest conglomeration of temple complex in Khajuraho. You have to purchase A.S.I ticket to enter the temple complex.

Kandariya Mahadev Temple: This is without any doubt the largest and most magnificent temple in Khajuraho.

Devi Mandap : Opposite the large Lakshman Temple are two small shrines. The one directly opposite is called Devi Mandap, its cemented peaked roof an indication that it has been renovated during the last century.

Varaha Mandap: This open pavilion stands to the south of the Devi shrine on a high platform.

Lakshman Temple: This striking temple stands facing the varaha and Devi mandaps. It is one of the three largest temples of khajuraho and the western group of temples and is considered to be the earliest ( c.AD 954 ) to have been built by the chandella rulers.

Devi Jagadambi Temple: This is much smaller than the magnificent Kandariya Mahadev Tenlple. lt has a cross plan with only on set of balconies, only one mandap and no inner pradakshina patha.

It took around 5-6 hours to properly visit the temple complex. If you are an architecture buff, you should spare an entire day for the same. There are government guides available for Rs 1000 as well. Tired in the evening I just decided to call it a day and indulged myself in lip-smacking pastas, pizzas and desserts.

Day-3 was an impromptu visit to Orchha ( Really glad to make that visit ) - It is just 172 kms from Khajuraho and hence can be visited along with Khajuraho. As I had my return tickets from Jhansi, I checked out from Khajuraho and took a local train to Jhansi.

A reserved auto from Jhansi railway station to Orchha took Rs 350. Its just 16kms from Jhansi and about 30 mins auto ride.

We stayed in the Temple view homestay and it costed Rs 300 per night. It was a very popular homestay among tourists from around the globe. The hosts were extremely helpful and generous.

This fort served as a capital for Bundela family. Local guides are available and you can hire them at will.

It's a small town and everything can be covered on foot. After a roam around in the fort, I decided to attend the aarti of the famous Raja Ram Temple.It is a sacred Hindu pilgrimage and receives devotees in large numbers regularly and is also commonly known as Orchha Temple.

In India this is the only temple where Lord Ram is worshiped as a king and that too in a palace.

The last destination on my trip was Chaturbhuj temple. It holds a significant value since it gives the view of Orchaa fort specifically of the Bundela queen's room. The temple was originally built to deify an image of Rama, as the chief deity, which however was installed in the Rama Raja Temple inside the Orchha Fort complex. At present an image of Radha Krishna is worshiped in the temple.

Plan to attend the evening light and sound show at the fort. Enjoy a bicycle tour alongside the Betwa river. Or, you can also indulge in river rafting in Betwa river.

Boarded the 4 PM train to Delhi from Jhansi and bid adieu to a place which had etched a long lasting memory on my mind.