Day 4/4 (Madai to Tawa): Realization of the Tour drawing to an end starts dawning! 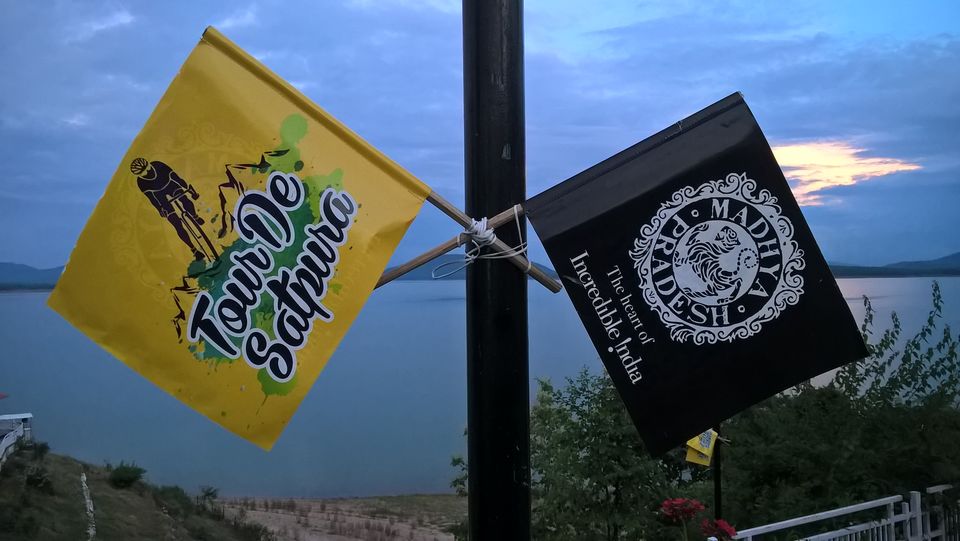 A view early in the morning from our cottage at Bison Resort, Madai 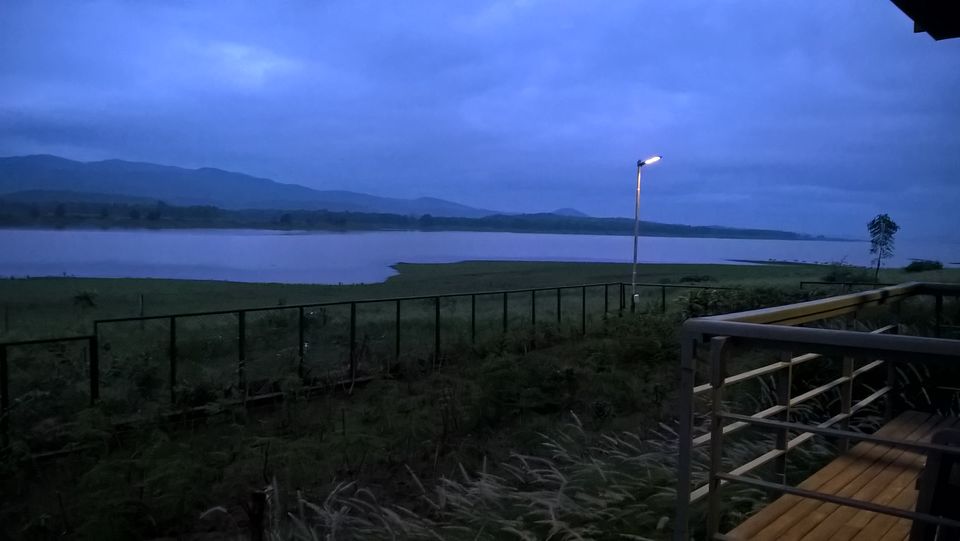 As had become the routine I was the second but last to leave the resort today as well. My companion today was Dr Ghughe. The destination for the final day of the tour was the resort at Tawa, about 94 kms from Madhai.

That momentary feeling of being some celebrity 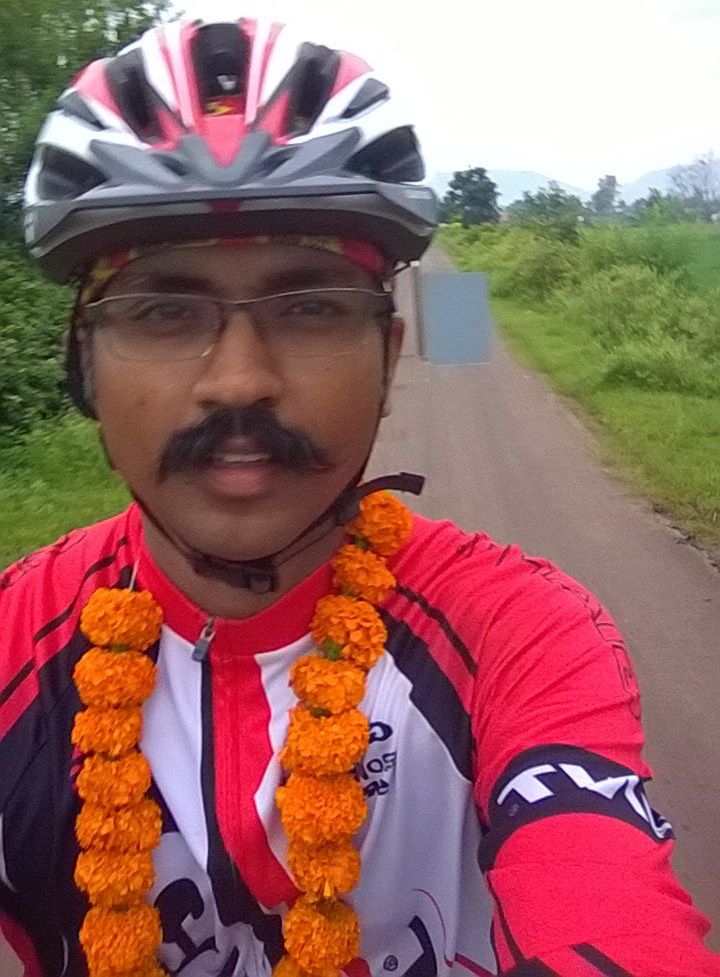 No sooner had myself and Dr Ghughe even covered a km on the roads, we were asked to halt by a motley group of villagers who wanted to felicitate us. Myself and Dr Ghughe were garlanded and congratulated for our cycling efforts. After a bunch of selfies we were on to the roads again. The road for the day was a bit different from that of the previous day, however dense foliage was but prevalent. As a urban bred guy, this was therefore what I craved for and wanted to enjoy until it lasted. 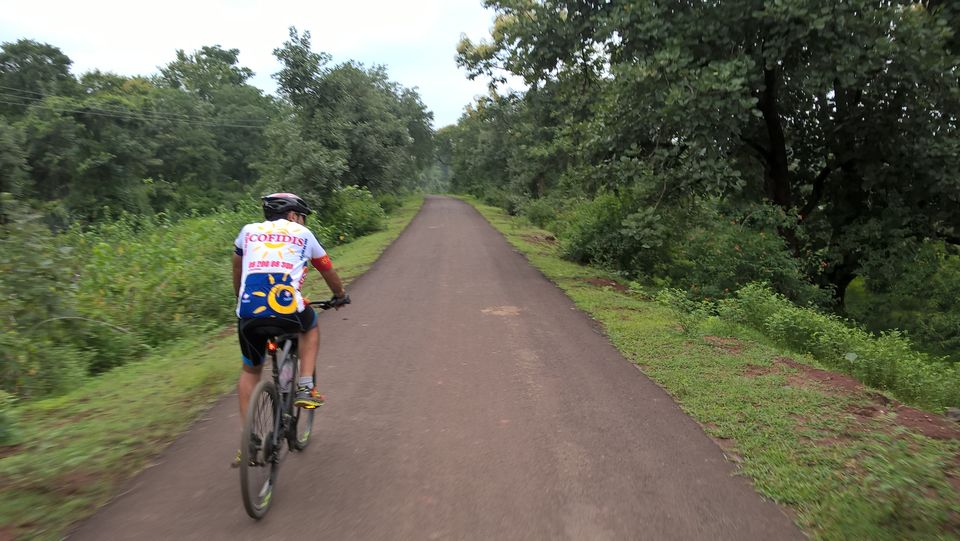 Catching up with those who left early 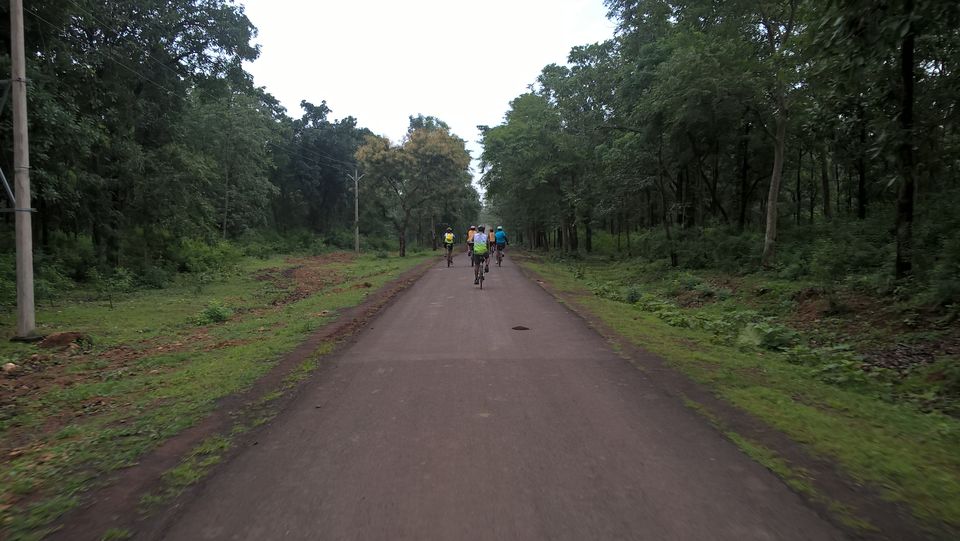 The two of us soon caught up with a bunch of cyclists ahead of us and here on the cycling partners changed. While Dr Ghughe partnered up with a fellow cyclist from his town, I caught up with Nikita and exchanged notes about her lecture of the previous day. Talks stretched on to cycling in general, my experiences as a commuter, her venture Cycling Cities, etc.

And meanwhile the foliage on the side of the roads gradually changed to occasional fields of paddy and maize. A left on to the main road and trees and greenery now took over. The roads were now double-laned with occasional descents. The first SS soon came up and while I topped up my water bottles and caught up with Anil Sir about the roads ahead, I had some “baratis” come over requesting me for selfies. Obviously I was in no mood to say no, for the offer itself made me feel like a celebrity! 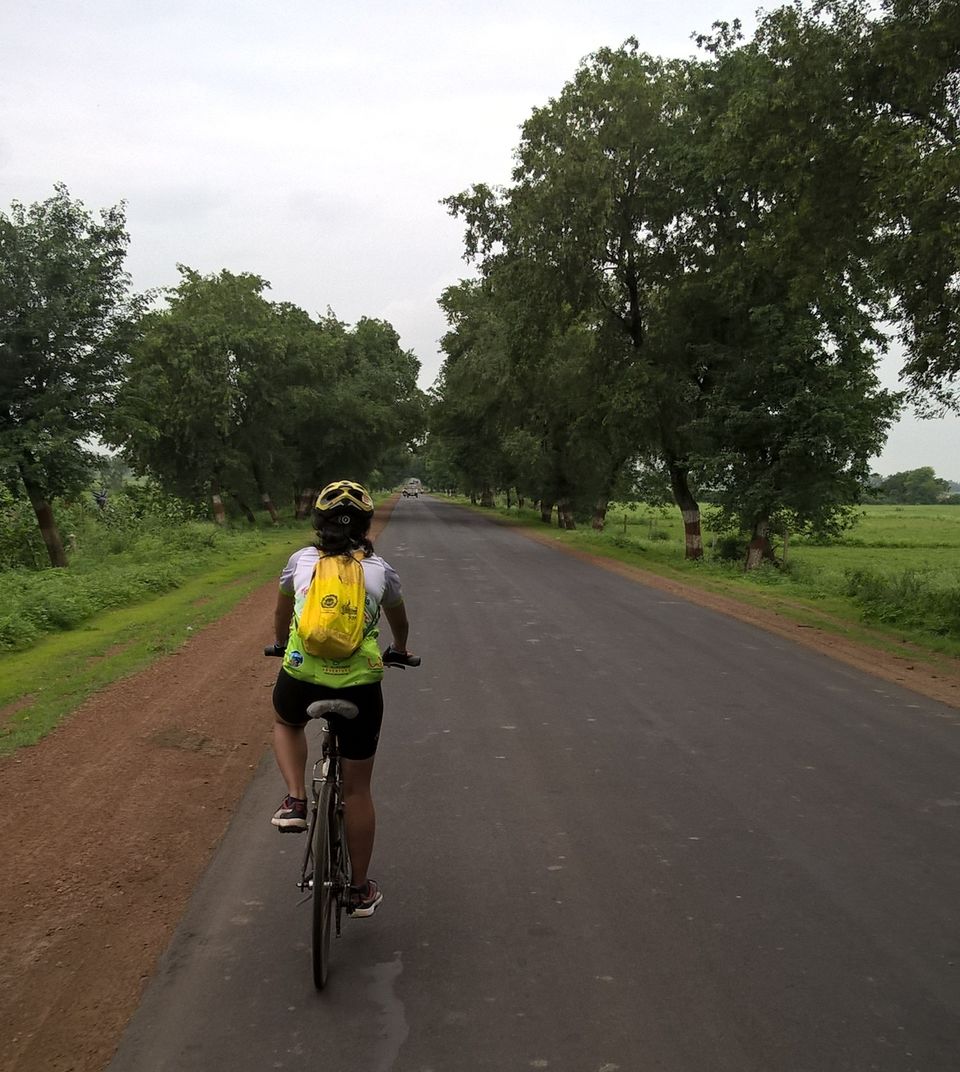 Nikita and I were back on the roads. The roads with vast spans of fields on either side were now cemented instead of tarred which were the norm until now. There were now minor crosswinds but none that would drain us. Talks now shifted to Nikita’s experience with her venture and her gains and losses as she sought about to promote cycling.

All of us fall in line for the drone shoot (PC: Veloscope) 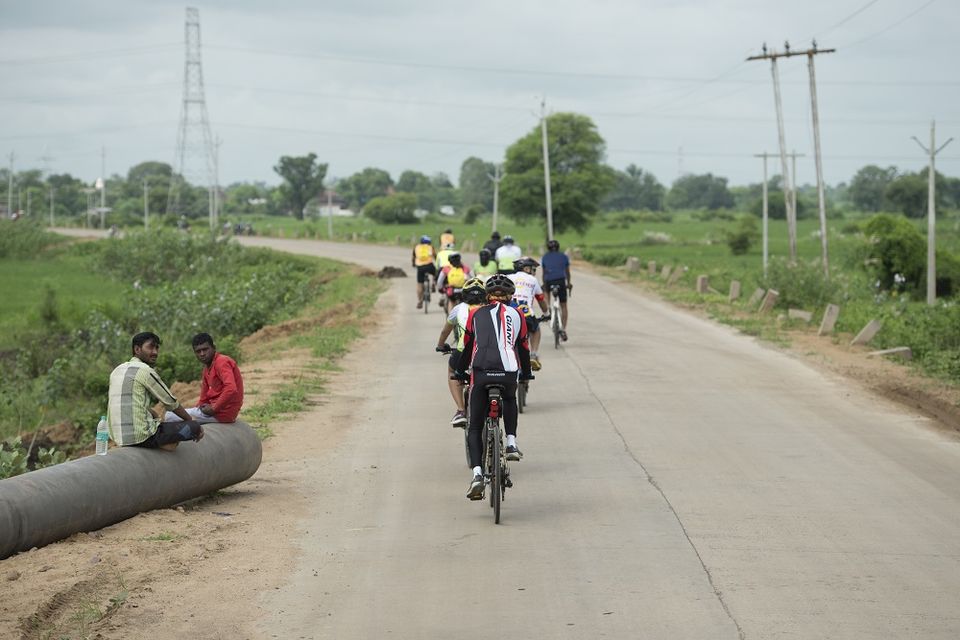 As talks and kilometres wore on I could see that Nikita’s average speed was gradually slowing down. Nevertheless I decided to hang on and pedalled along with her. After a smooth patch of about 20 kms, we now came on to potholed roads. We were lucky to have the riders who had gotten ahead of us posing for a drone shoot here. And well, the both of us latched on too. The roads here had a good amount of sugarcane fields on either sides.

Tea Break at the Support Station 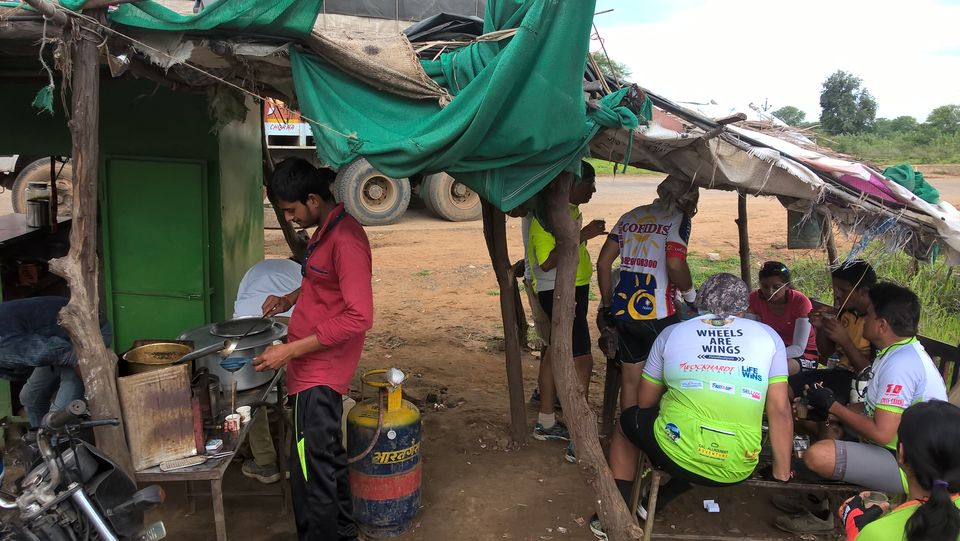 Tea Break at the Support Station 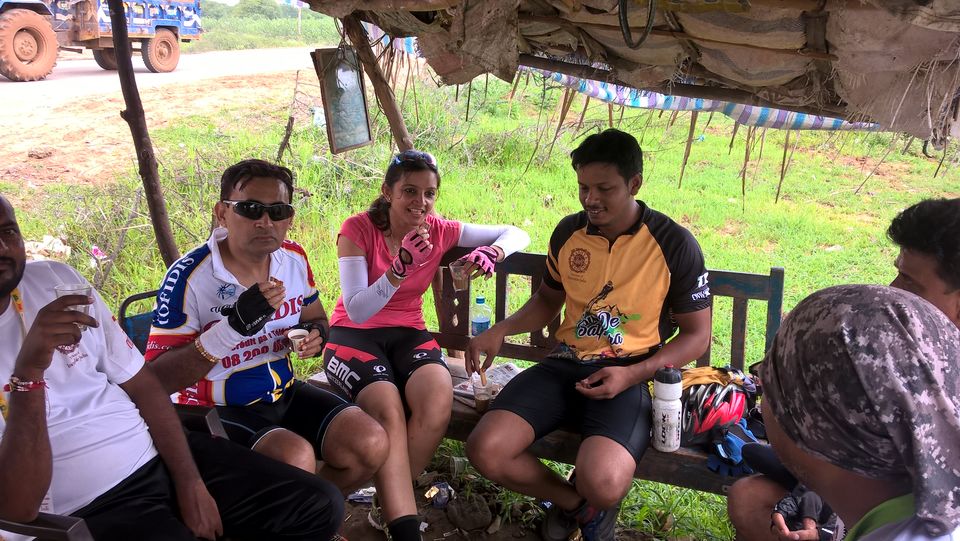 Post the shoot, a left turn and we were now on to SH 22 leading to Babai. The last SS was set up here. Routine formalities and tea for a change, myself and Nikita got on to our business again. We were joined for some time by Ajaybhai too. The road was now slightly uphill and Nikita was on the verge of giving up for the day. Somehow I managed to keep egging her on. A last left of the Tour and we were now off the state highway. The board ahead loudly invited us into the Tawa Reserve that lay ahead. 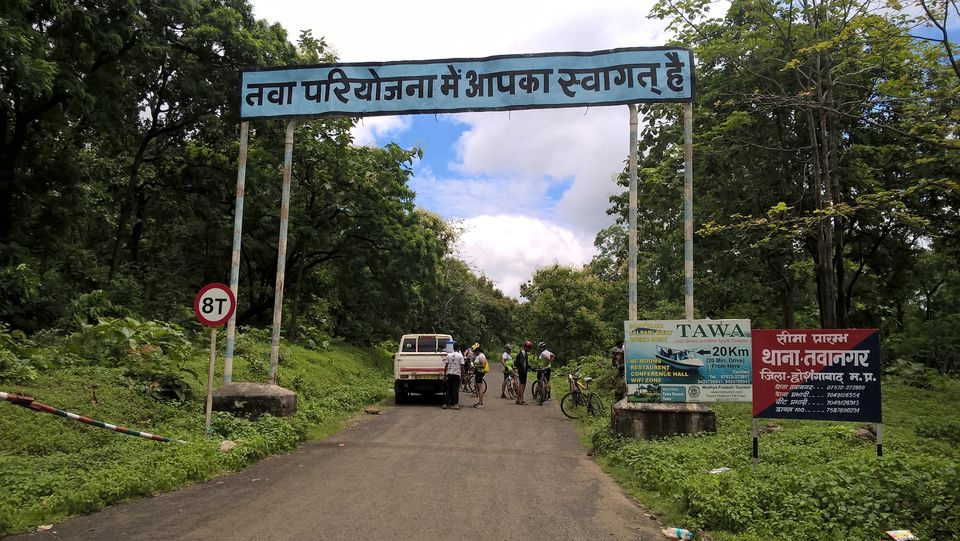 A few of our fellow cyclists had already reached this turning and were resting before the final lunge to the resort. The Tawa forest reserve was now to start. While Nikita decided to hand her cycle to Dr Shukla who wanted to try his hand at cycling, I and Sudarshan decided to make our way to the resort.

Star of the Tour Ayaan with his dad, Amit 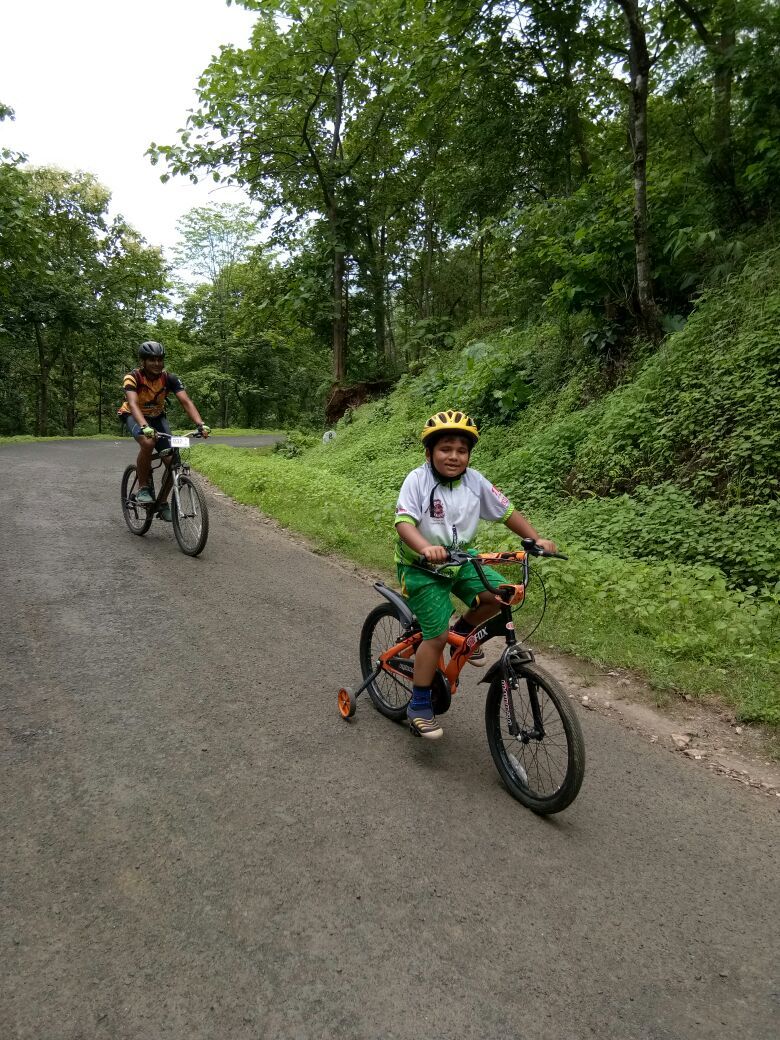 We had the star rider of the Tour, Ayaan (or rather Samarth Jr.) join us for a few kms too until his dad repaired his flat tyre. Ayaan who always reminded me of my son whom I was missing during this tour impressed me with his bountiful energy. Not just his energy, but the way he would listen to my and Sudarshan’s occasional instructions when there was oncoming traffic was impressive as well. We left him to Amit when he caught up with us and continued on to our ride through the jungle. Roads were bad and flaky and were causing much trouble to Sudarshan since he was on a roadie. My hybrid was decently manageable and whatever discomfort we had, quickly evaporated as the enchantment of the lush green forests and clean air took over.

With every kilometre that the resort neared I found a weird feeling of emptiness start to take over me. While I was happy about having had a fantastic four days, there was this dread about heading back to the routine from the next day! I so much wanted this vacation to go on and on. With numerous such thoughts and the dawning of the realization that the Tour was now over, I made a final dash at the last climb just prior to the resort trying to get the maximum joy from those few meters of elevation. 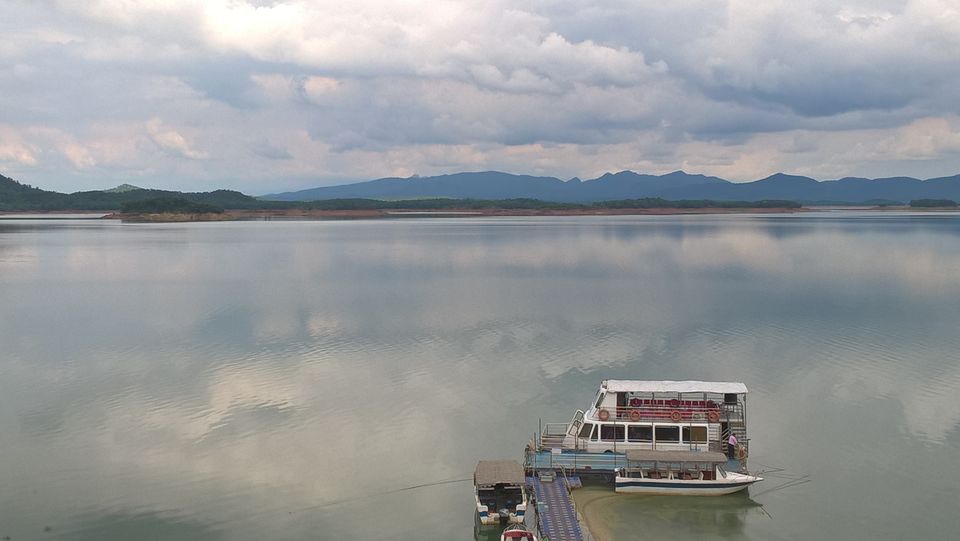 Meanwhile, the Tawa Resort staff was eager to welcome us in the very way that MP Tourism had set benchmarks throughout the Tour. Post freshening up and lunch we had a cruise on the Tawa river. This was followed by the medal and prize distribution ceremony. Aarthi and Yash were the confirmed winners in their respective categories since they topped their tables on both the days. In the Hybrid/MTB categories, my dash on the Pachmarhi climb had paid off. I had won the Oakley – a lovely Jawbreaker Prizm Trail !! My happiness knew no bounds and I was over the moon. A dream I cherished since childhood of possessing an Oakley was now fulfilled!! Thank you Tour de Satpura!!

Posing with the medal and the Oakley, Nadal-ishtyle (PC: Veloscope) 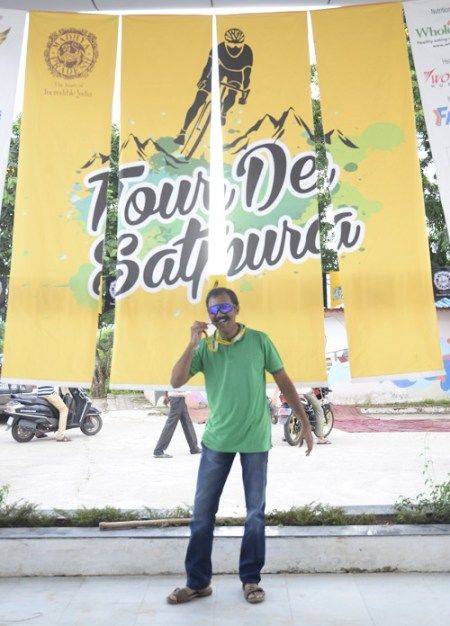 Medals were also distributed to all the riders who successfully completed the Tour. However, the loudest claps were reserved for Ayaan, the spunky 7 year old kid. Ayaan had been riding on his bike with support wheels throughout the Tour. His parents accompanied him on the roads whenever his desire to be on the saddle peaked. And today he had cycled right from the start of the Tawa reserve up to the resort, even pulling off the steep climb at the start of the resort on his single gear bike.

I remember Amit mentioning that Ayaan had cycled a total of 87 kms during the tour, by no means a simple task for a kid his age and that too with the support wheels. That the tour organisers also decided to honour him for his effort was laudable. The spark in Ayaan’s eyes when his name was called out during the medal ceremony was seen to be believed. Happiness just shone through his eyes. The very same Ayaan who was always a bit apprehensive when someone outside his comfort zone tried to talk to him was today going to all those who stretched their arms out to him to congratulate him. It was a moment where words would fall short. Apologies Amit, but for me it was Ayaan who was the star rider of the Tour!

A selfie with Dr. Ghughe (PC: Whatsapp share by the doctor himself) 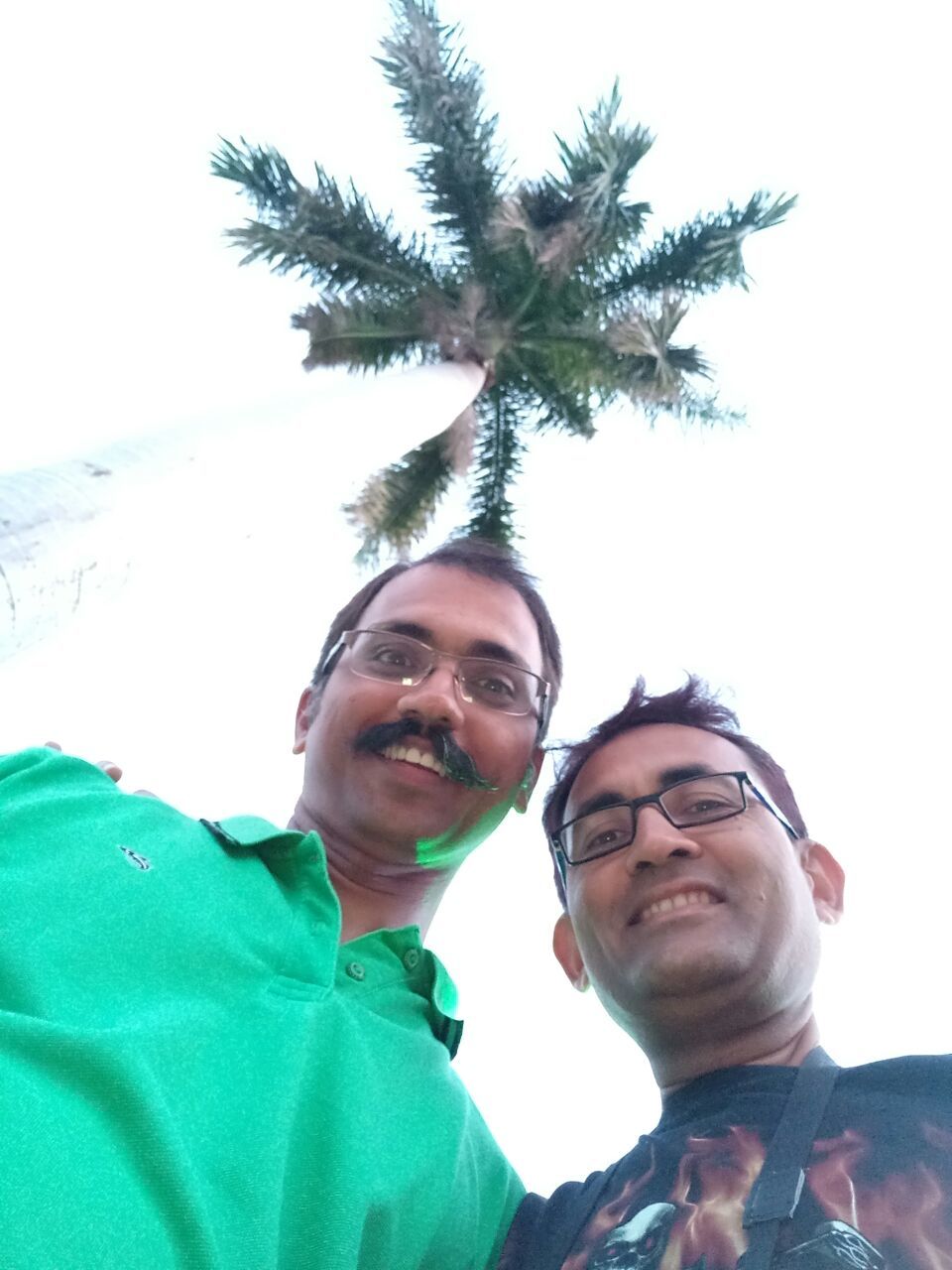 Post the medal distribution, the mood for the evening was once again set by Jallosh. And what an evening it was. For me the highlight was finally getting to groove to the tunes of a Garba song, which I so badly missed in Nagpur for the last 15 years! Agreed I have two left feet, but then Gujarati garba songs send my pulses racing, and despite not having drunk I was high enough!!

This post has been originally published by me on my blog EnvironmentFootprints. Keep watching this space for the last post.