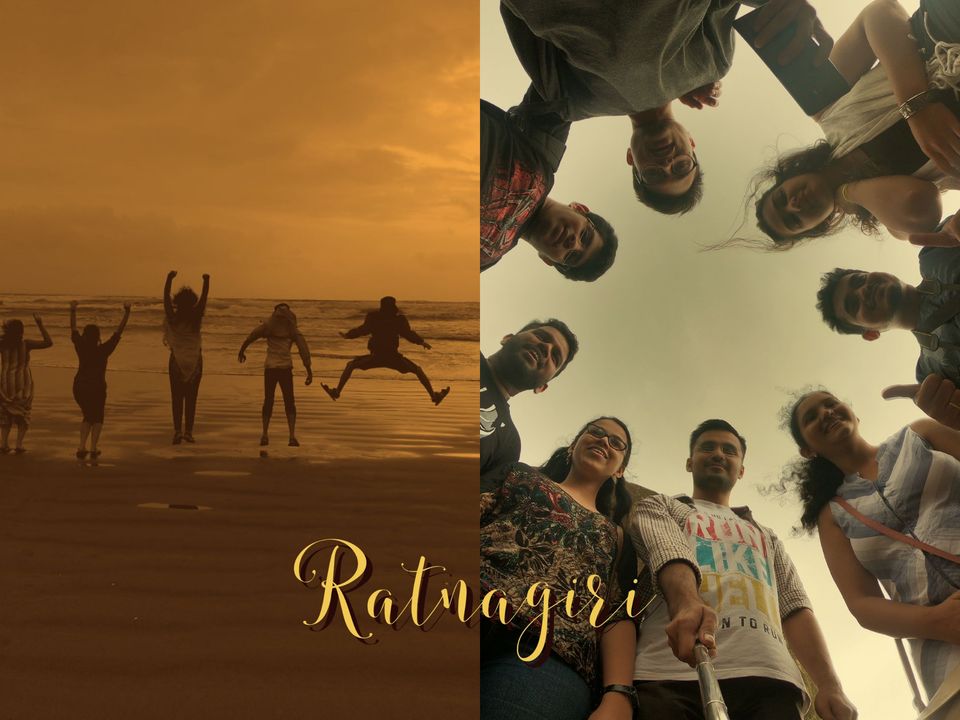 The serene beaches of Konkan, eclectic malvan sea food, curved narrow roads adorned with greenery on both the sides, forts, temples, hospitality of the people and the calmness of a small town away from the nitty gritty of a metro. You cannot think of doing any more justice to a week long monsoon vacation than spending it in the konkan maharashtra.

Alas, I had just the weekend at my behest. But even that was nothing less of any fun per se. It all started right after getting into the train towards Ratnagiri, with the light showers doing the mock drills regularly throughout the journey. It offered a spectacular view of the Western ghats which has blossomed to its fullest with the ongoing monsoon. As the train moves closer to Ratnagiri you will find small milk white waterfalls regularly which are a treat to your eyes. The vast green fields with the sahyadris in the backdrop are an equal treat by this journey.

How to reach Ratnagiri:

1. From Mumbai you have a number of trains towards ratnagiri from Thane/ Panvel/ Dadar station.

You can also find buses going towards Ratnagiri.

My suggestion : take trains, they take just 6 hours and are comfortable, whereas a bus will take 10 hours to drop you there.

2. From Pune you can hop on to a bus towards Ratnagiri at Swargate bus stop.

You cannot cover Ratnagiri in a day or two, for it has so much to offer. For your mouth to savour and stomach to fill, it offers delicious malvan sea food. For beach lovers it has Bhatye beach, Shukleshwar beach, Pandre samudra and Aareware beach, each having its own identity. For Ratnagiri is also the birthplace of Bal Gangadhar Tilak, and also acts as a major point of connectivity in the Konkan region for other equally cherishable destinations in and around this city.

Places I could manage in two days while in Ratnagiri-

We were lucky to have a host in Ratnagiri (an office friend) and so were able to enjoy the hospitality of Konkan closely. In all we were 8 people so along with a car we hired an auto for commuting in and out of the city.

As we reached Ratnagiri in the afternoon, hotel Amantran was our first pit stop to do away with the whimsies for the malvan sea food. 4 non-vegetarians and each one ordered a different fish platter, pompret, bombil, some vade dish and what not. Given the restrictions of shravan I had to suffice with Aamrakhand. The food as claimed by others was good on the taste front and the dishes looked amazing with the aroma and the distinct colour of the fish curries along with the other assortments on the platter.

Situated at around 3-4 kms from the city center, this place will leave you bewitched. The beautiful lush green route to this fort builds up the excitement and the atmosphere, as we moved nearer to the fort we are welcomed by the vast plane meadows on both sides of the road with one side outlined by the Arabian sea and the Ratnadurg fort at the end.

At the fort's entrance is the Devi Bhagwati temple, and as with all other forts the fort is lined with a continuous waist high wall. After offering the prayers in the temple we moved around the fort along the wall. Just opposite the temple you will find the familiar triangular orange flag hoisted on a tall pole, to move around the periphery of the fort you take a left from here. The fort is surrounded by Arabian sea on three sides and one can seat hours here observing the sea waves crashing against the rocks and the play of the birds around the fort and that with little care you can take a lot of pictures here, for it is one of the most scenic places around. The different points are named by "buruj" like the "vetad buruj".I'm not sure of the meaning though. From one of the buruj you can also observe the vast plane meadows which I have described earlier.

This is the first place we visited after reaching Ratnagiri. It is a park kind of place overlooking the Adampur Jama Masjid constructed on the banks of kajali river. From here you can see the Kajali mangroves situated in the middle of the river and the boats and houses of fishermen on the other side of the river.

Ratnagiri and the entire Konkan region being adjacent to the Arabian sea has these amazing beaches which are mostly untouched by the human crowd and hence are silent and clean too. Pandre Samudra is one of the famous beaches of ratnagiri just next to the Bhatye Beach, where we had a lot of fun. The beach floor is black soil and the and the sea waves appear white due to bubble formation, hence the name. We spent our entire evening here witnessing the sunset, playing volleyball (not exactly volleyball) clicking pics. At a distance the water body appears to have merged with the sky, but it's the reflections of sun that tell you the difference about who's the real who.

From here we drove straight to our friend's place at Chinchwane village, approximately 30 kms from the city center.

We stopped here while enroute to Chinchwane, as it was already dark we didn't spend much time here. But, while going back to Ratnagiri we did realize how majestic the sea waves are while they crashed against the high rise walls of the familiar black rocks, giving the wall a peculiar shape. Like a sculptor sculpting the stone to eke out its own existence out of it. To get to the beach one has to go down, as the road is at a certain height and you have seats arranged on the sides to witness this serene beach. Counter to the violent roar of the water, the beach engulfs one into a serene silence calming the noise that is inside.

The Sunday morning we woke up to head towards Ganapati Phule. A temple town in the Ratnagiri region famous for the pilgrimage and the white sand beach. It's 10 km from the Chinchwane village, the place of our stay. After offering our prayers at the temple we moved to nearby restaurant for the breakfast. Each of us ordered a different dish and surprisingly everything tasted superbly amazing. The dahi misal, sabudana wada, puri bhaji and shira everything was comparable to the taste and authenticity of the South Indian breakfast served at Ramashray (you know it if you are from Mumbai). Later we moved towards the Ganapati Phule beach. The beach is rather distinct than the other beaches we were at for it had a clear white sea floor as against the black sea floor at Pandre samudra and Shukleshwar beach.

This is a must visit place near Ganapati Phule, giving you an insight into the culture and history of Konkan region. As we had less time we thought about skipping this place but our host insisted on it and it was really worth the time. It gave an insight into the historical and mytholigical life at Konkan, the climate, food, classes in the society and the lifestyle. The entry fee to this place is ₹40 per person and ₹20 for camera.

There were few more places we had wanted to explore, but the lack of time didn't allow us to.

1. Mamleshwar: Temple devoted to Lord Shiva, and famous for the snakes being found commonly in the temple premises.

2. Malvan beach: Famous for the Malvan sea food and the water sports and its calmness. I have always wanted to go here.

Like this there are many places in and around Ratnagiri to spend quality time away from the daily mundane life.

If you have any more suggestions about this blog and travelling. Kindly add your comments. 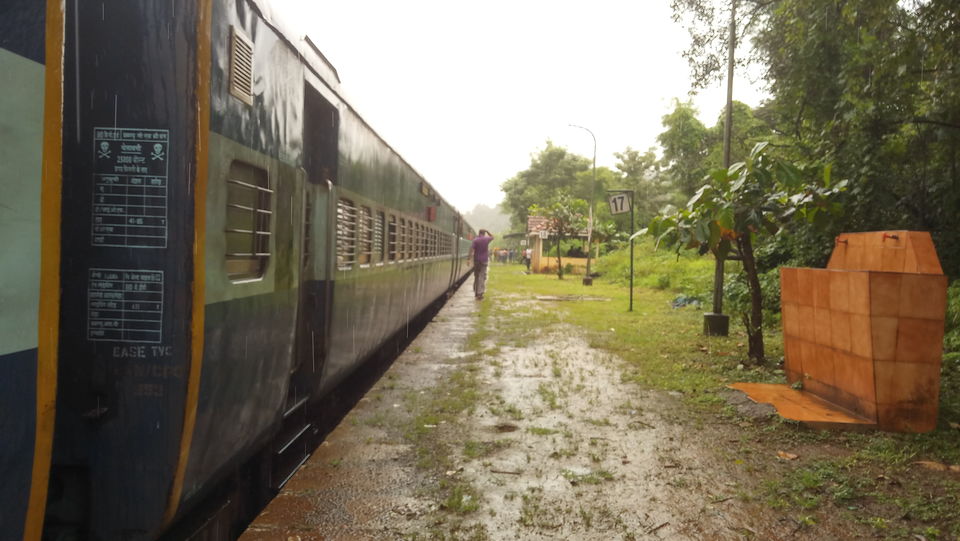 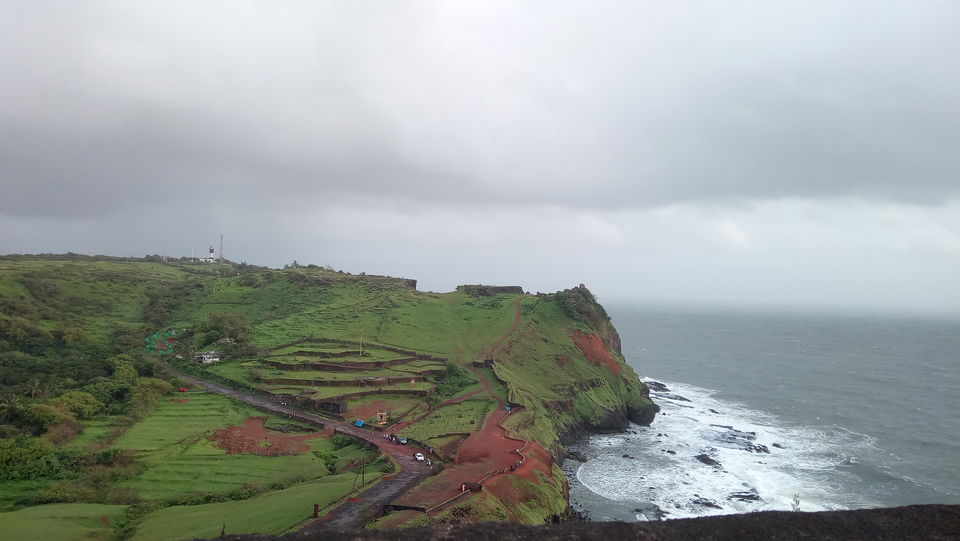 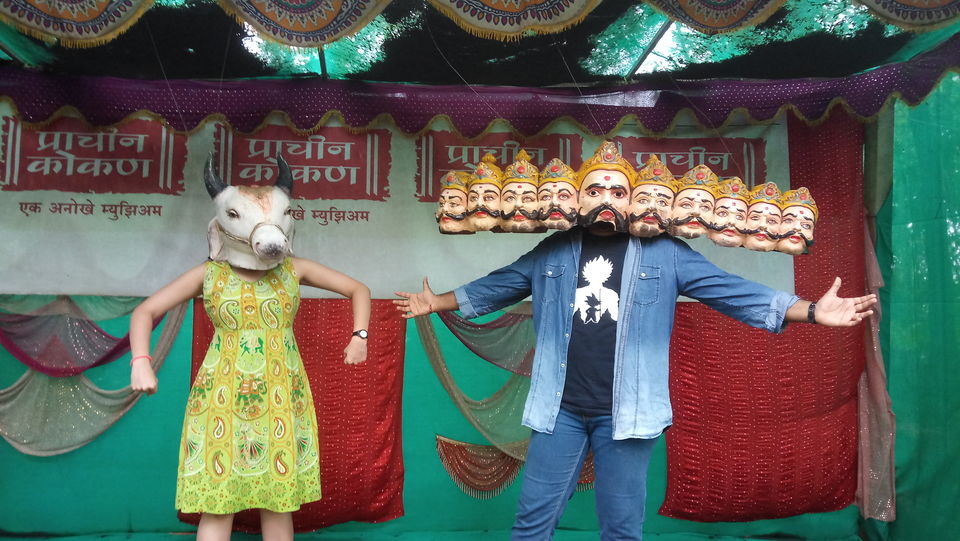 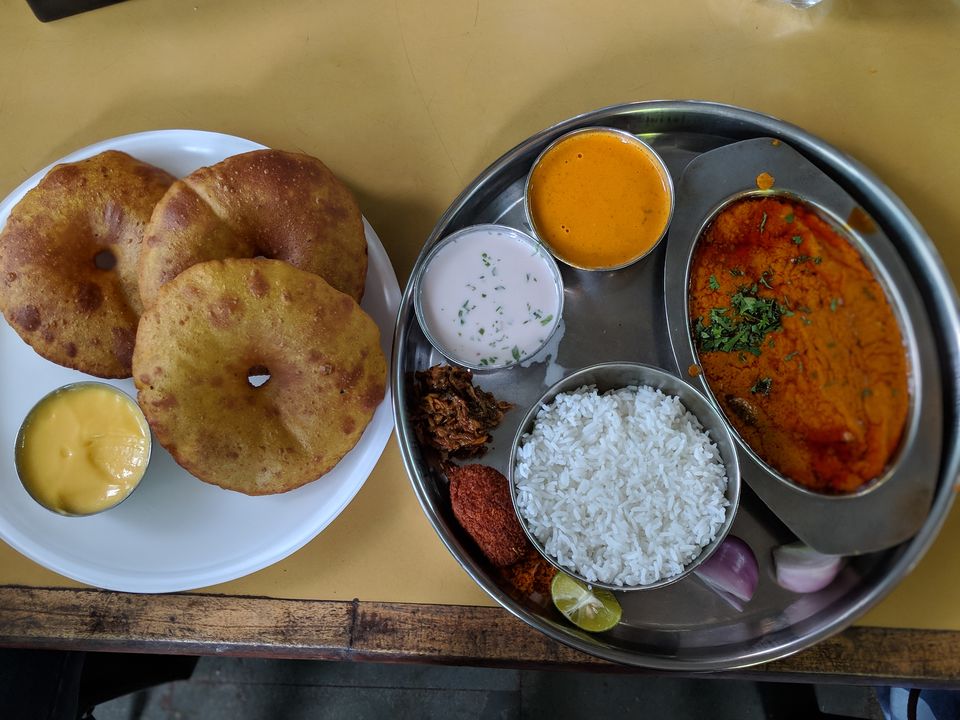 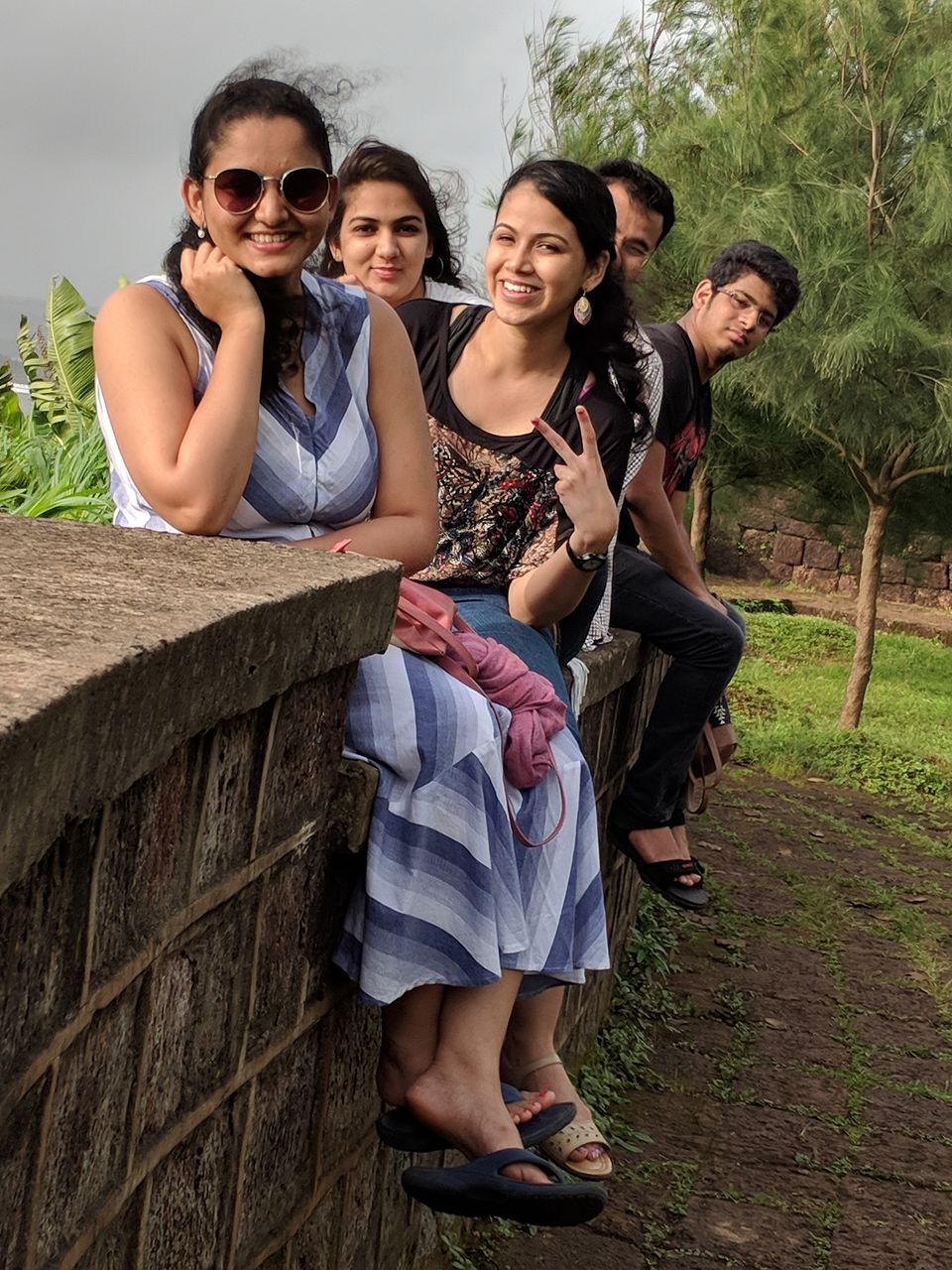 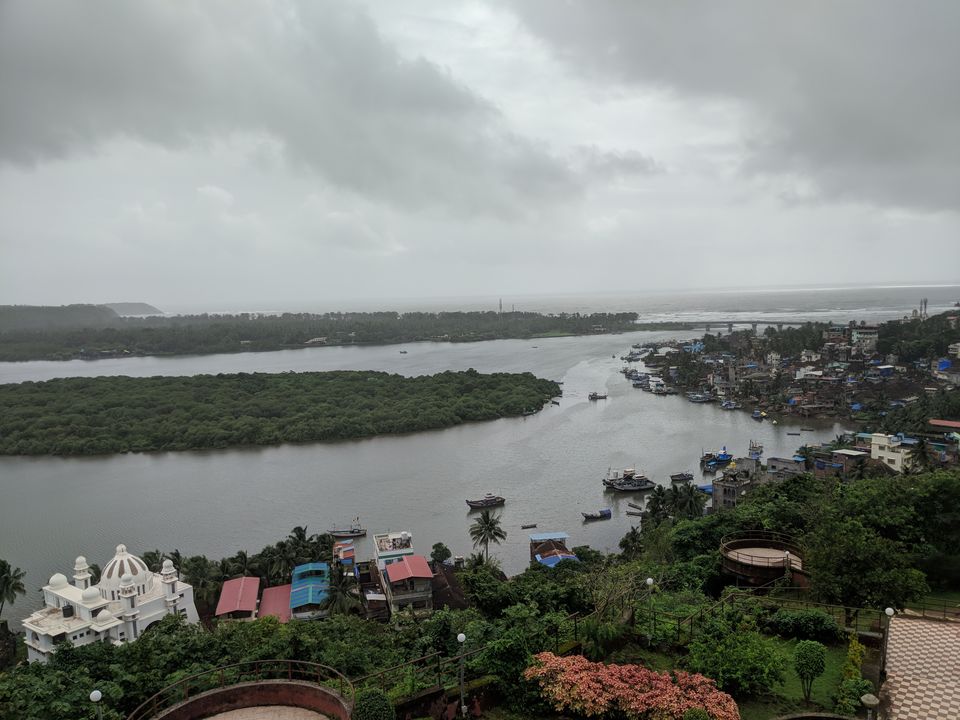 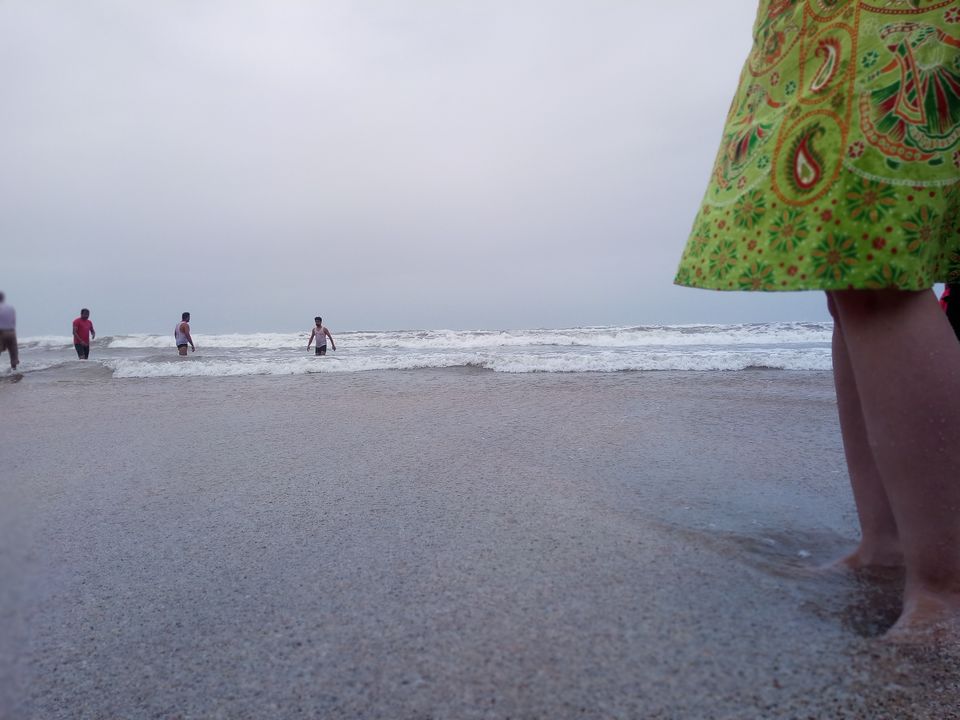