Woke up early, my phone's battery died last night, couldn't charge it as there was no power in Losar since last three days, so no pics for day 10. Today's plan was to cover Chandratal and then a night halt at Chatru. After a heavy breakfast headed for Chandratal. Just few kms down the road, I realized that today, its going to be one bumpy and uncomfortable ride. You actually have to ride on a rocky path, with dozens of scary water crossings, some as big as a swimming pool. Couple of times before getting into those big water crossings, I paused and thought for a moment that is it even doable? Then made up my mind, accepted the challenge and I knew once I'm in, there is no turning back. While crossing, I was really worried about my bike as half of my bike's exhaust was in the water. But the Dark Knight(my bike) did not let me down and it just roared through them. Some 20 odd kms from Losar, soon after crossing Kunzum la came a diversion, took that road, its a 13 km road that takes you to Chandratal. The road was very narrow, reminded me of the road to Hatu peak. While on that road it started drizzling, those cool, tiny droplets splashing on my face for the entire 13 kms really felt like a blessing. Finally the road ended, a bolero was parked there. Just beside that point, we have Jamaica's Camp. Parked my bike there and decided to meet Jamaica on my way back from Chandratal.

Chandratal Lake is couple of hundred meters down from the parking area. Seeing the lake live was really like entering a fantasy world, never saw such a beautiful lake before. The lake with its deep-blue water surrounded by massive barren mountains, their reflections in the lake, was truly a sight to behold. I wanted to capture that scene so bad that I tried switching on my dead phone numerous times just to get one picture but finally gave up and realized that this damn thing is beyond dead. Spent about an hour there, could have stayed longer but the drizzling started turning into heavy rain coupled with gusty winds, so I decided to take off. Reached the parking area, met Jamaica, very nice and cool person. He took me to his tent and gave me tea and biscuits. Spent some time there, the rain stopped and the winds too. My clothes were all wet, so decided to reach Chatru as soon as possible while the sun was still out there and weather was a little nice and warm. I promised Jamaica that I'll stay in his tent the next time I visit Chandratal. While leaving, I realized that I have lost my beloved grey muffler, I tucked it tightly into one of the pockets of saddle bag before heading to the lake but forgot to close the zip. It was heartbreaking to loose it as it was a birthday gift from mom when I started working years back. It was very very precious to me, both me and Jamaica searched for it but it was gone, the strong winds must have swept it away. It was hard to digest the fact that I lost it. Finally, bid goodbye to Jamaica and headed to Chatru.

On my way back, just few kms from Chandratal, there was a stretch of couple of hundred meters of unparalleled road, where the road was bending to the right. Instead of driving in the middle, I was trying keep on the left as much as possible. At one point, there was this huge rock, dangerously placed on the left side of the road, which I was somehow able to avoid at the very last moment by raising my left leg high up in the air. I got lucky there, it could have badly hurt my leg but it only took the Bike's left foot rest. I drove till Batal with my left leg hanging in the air. It was getting very uncomfortable, I knew that there was no mechanic before Manali, so I had to find some Jugaad. Met a group of bikers at Batal, they came from Manali, their destination for the day was Chandratal. So we all had a little chat, they enquired about the route and the road status. At Batal, I started looking for anything that could work as a foot rest. And It didn't took me long to find this tough piece of wood, just about the right size and shape, like it was waiting for me since the stone age to come and pick it up. I shoved it into the bike and headed for Chatru. Reached Chatru around 5pm, the only stay option apart from the PWD guest house was Prema dhaba. Owned by a family from Kullu, husband, wife and their two sons. Just beside the dhaba, they have a dormitory, which has about 10-15 single beds. They charged me mere hundred rupees for the night stay, the only down side of staying in Prem dhaba is that they don't have a loo. So the call of nature needs to be answered out in the nature. No more visitors in the dhaba apart from me, unloaded all luggage from the bike and changed wet clothes. Then went straight to the PWD guest house, It has a phone booth, so rang home, informed mom and dad that I'm OK. There is a small lawn outside the PWD guest house, sat there for awhile and started ruminating about today's crazy ride. It was bumpy, uncomfortable, scary and what not but it was total fun, something that I'll remember forever. And at that moment I gained utmost respect for people who drive on those treacherous roads every day just to earn a living.

Returned back to the dhaba, on the parallel road there is another dhaba and a tent, where one can buy stuff like gloves, muffler, socks, shoes, etc. Bought a warm muffler for just Rs.200. Though it seemed equally warm as my beloved grey muffler, but the former had mother's love attached to it and always protected me from the coldest of weather. So, I doubted this would provide me half the warmth. Time was past 9pm, I had my dinner already and it was time to attend nature's call but then I realized that there was NO LOO. What should I do now?? The dormitory/hall has a big shutter instead of a door. At night, they don't completely pull it down, there was enough space for me to sneak through it. So, I waited for the Prem dhaba family to sleep. 10pm and everybody was dead sleep, decided to go out and relieve myself. Went to the open field near the dhaba, it was pitch dark and scary and when I was about to go for it, heard some really weird noises down there...insect/snake/lizard/ghost/don't know, could have been anything, so didn't do it and came back. Decided to do it tomorrow once I reach Manali and was somehow able to sleep. 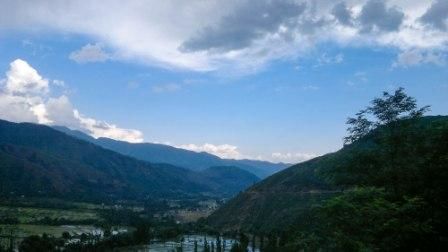 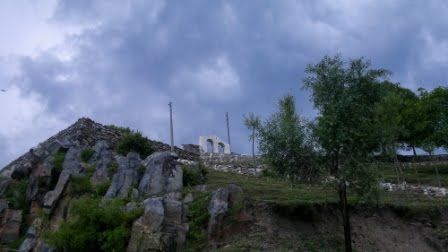 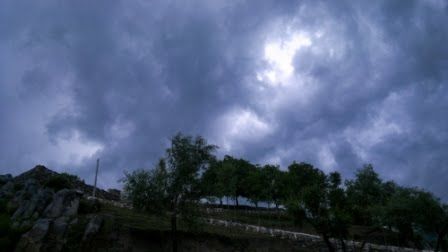 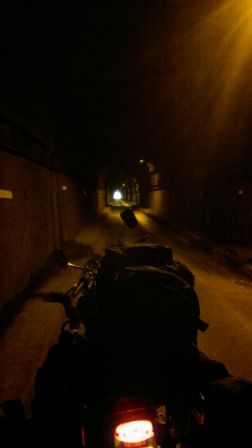 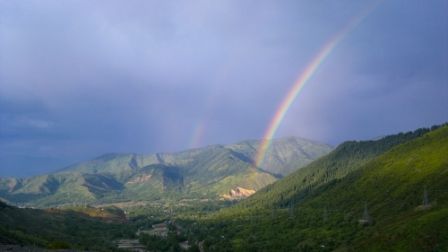 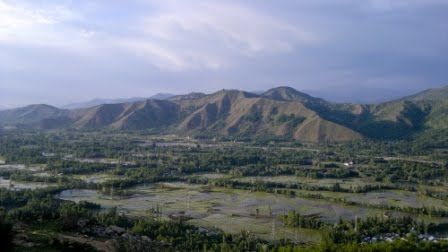 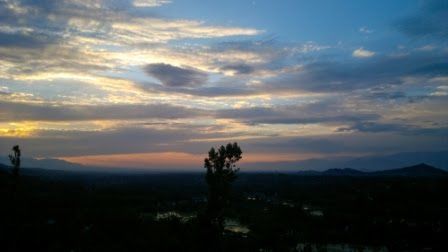 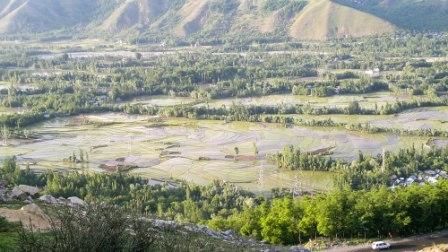 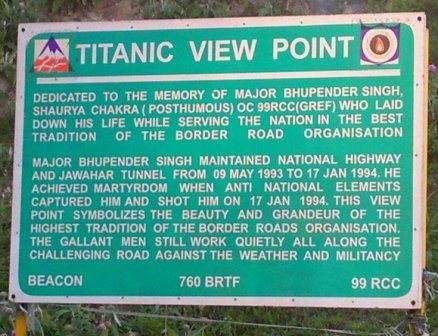 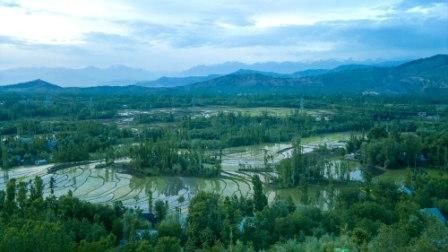 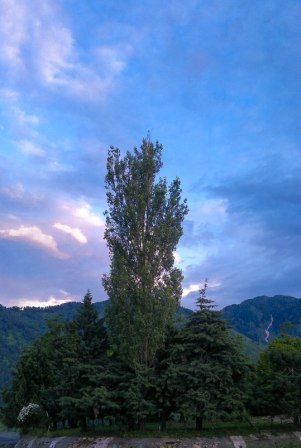 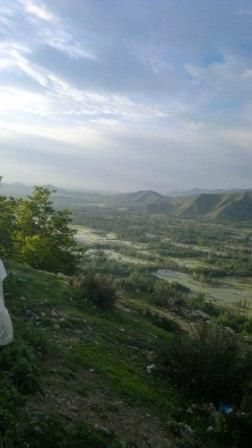 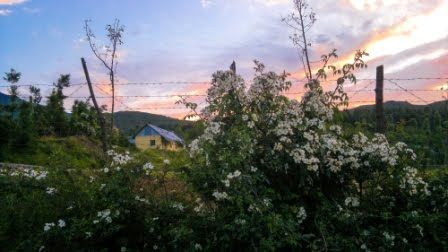 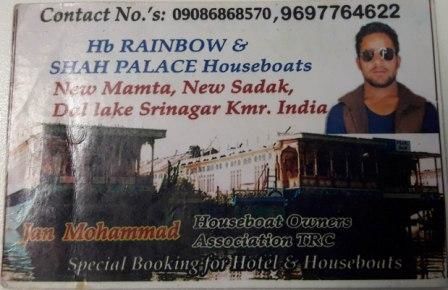 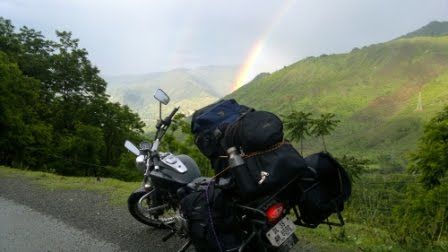 This blog was originally published on 'The Two Wheel Wanderer'