A Trip to The Exotic Mysore Dusshera

Karnataka being home to lots of hearty dance styles that not only imbibe diversity within themselves, but are the re presenters of our nations’s legacy, is the state which organizes an annual State festival christened “Mysore Dasara“.

Being organised through nine festive nights before the fall of “Dusshera”, the festival is similar to what we call in North India “Navratras” which mean nine special nights that are dedicated to our gods.

The carnival marks the anniversary of the biggest event of the Hindu Mythology wherein evil lord Ravana was done to death by the god Rama and his acquaintances. The festival comes up with the feeling of victory of good over evil.

Place to visit in Mysore

Mysore Palace also known as Amba Vilas Palace located at the heart of Mysore city is the most prominent tourist destination of Mysore that attracts millions of visitors round the year. Commissioned by the Krishnarajendra Wadiyar IV, this palatial building comprises of two durbar halls, a number of colossal courtyards, buildings and strikingly beautiful gardens that speak volumes of the splendour of the Wadiyars.

The main attraction of the ten-day Mysore Dusshera festival is the glorious Mysore Palace which is illuminated magnificently and daily with approximately 1 lakh (100,000) light bulbs from 7 pm to 10 pm on all days of the festival.

Mysore Palace view from outside 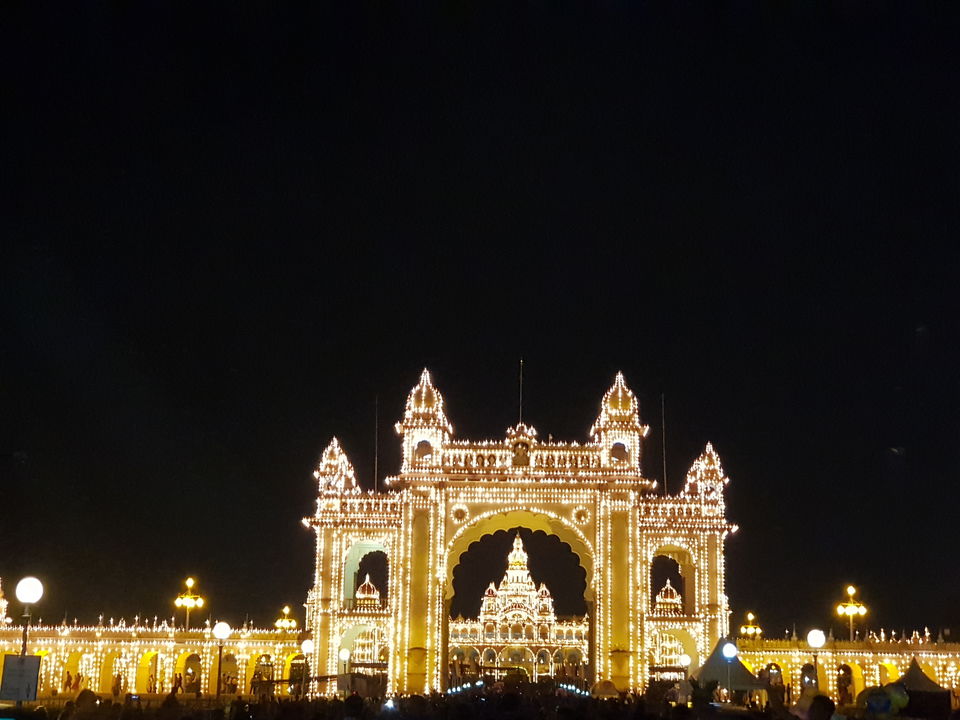 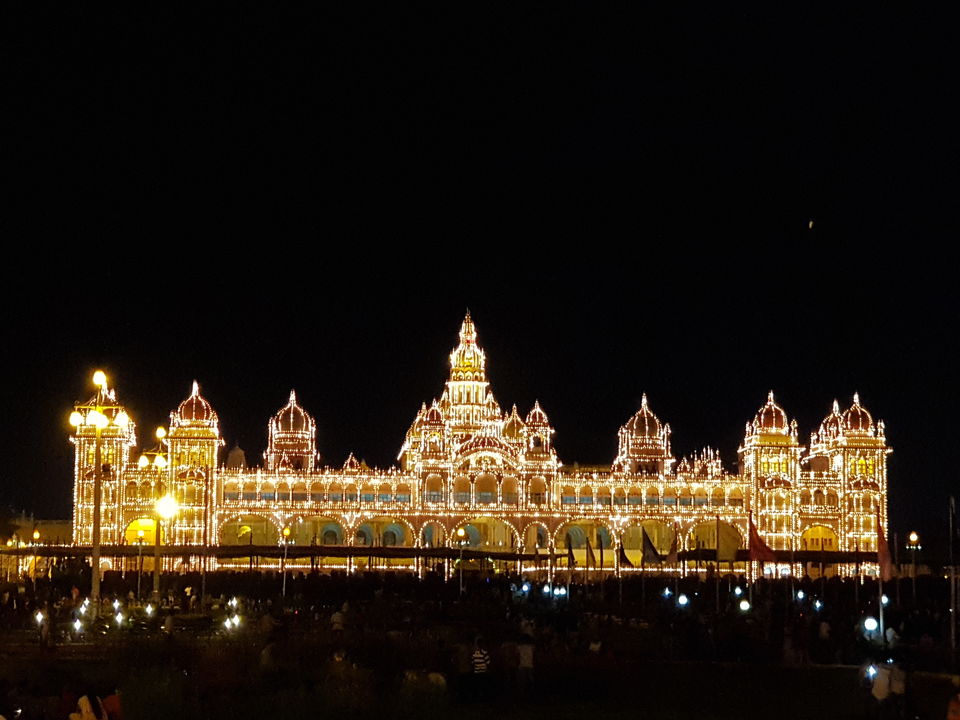 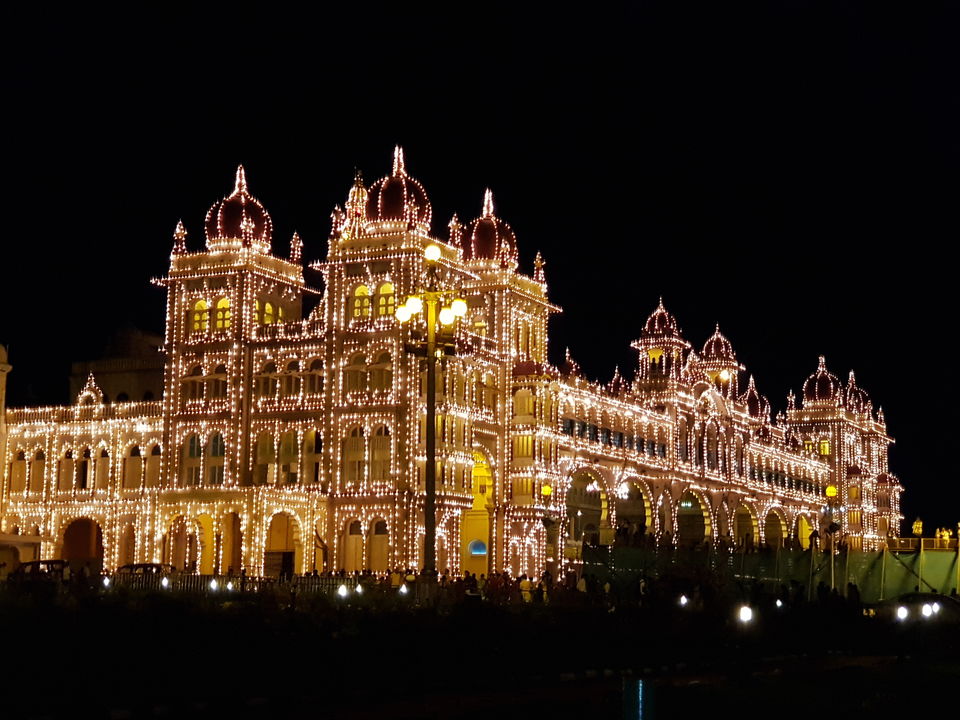 Jaganmohan Palace is a palace in Mysore, in the princely city of Mysore, India. Its construction was completed in 1861 and was initially used by the Wodeyars, kings of Mysore as their home (when the present majestic Mysore Palace (Amba Vilas Palace) was under construction after the old palace turned into ashes owing to a fire accident). It is now converted into an art gallery and a function hall. 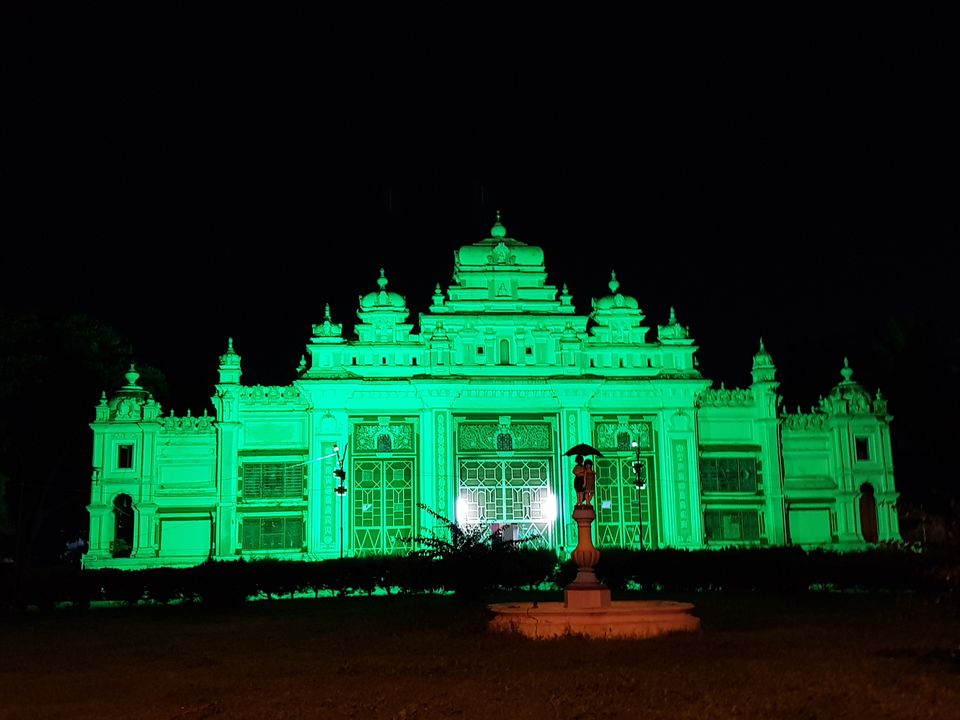 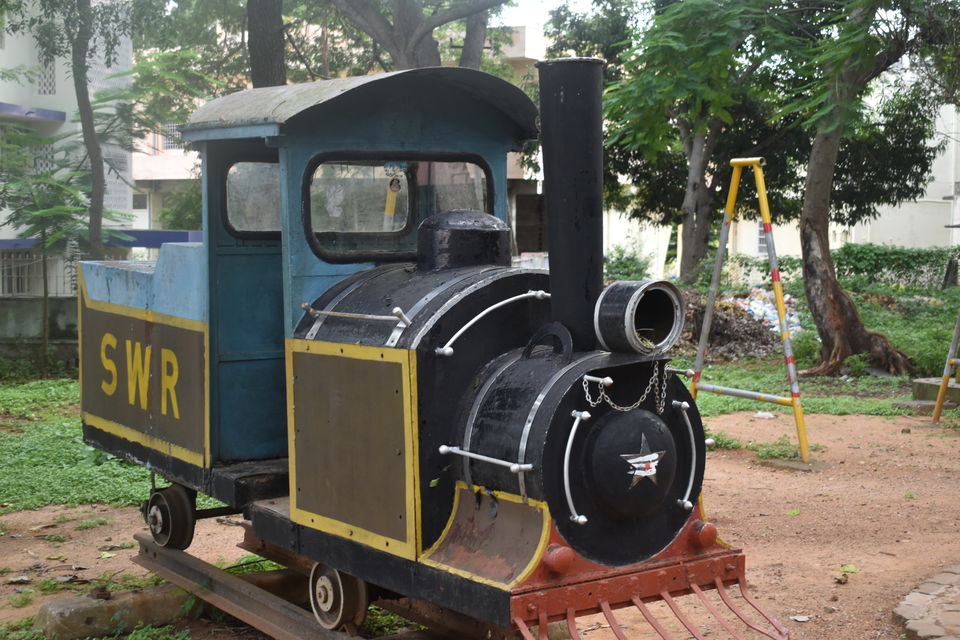 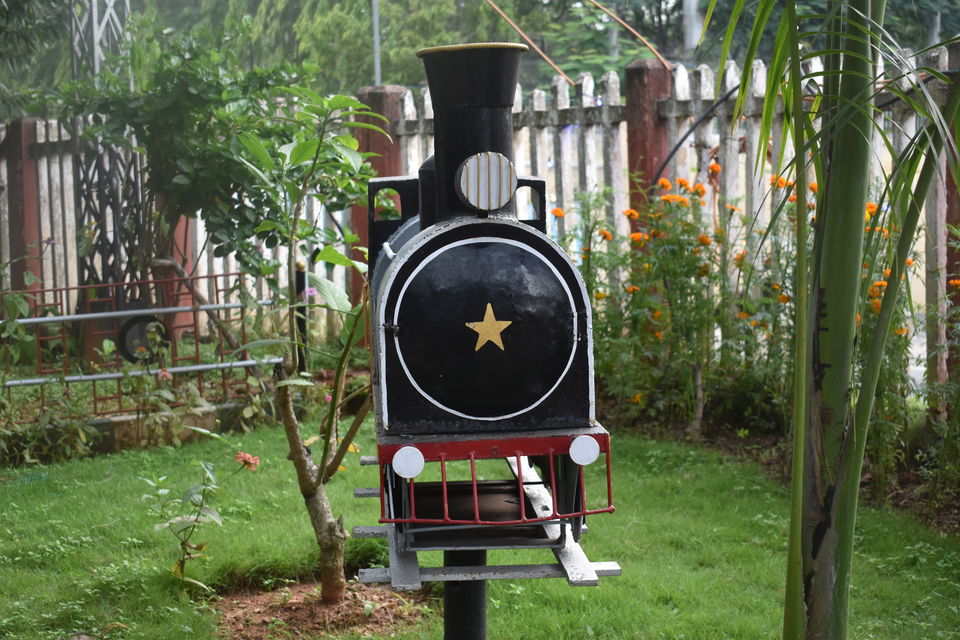 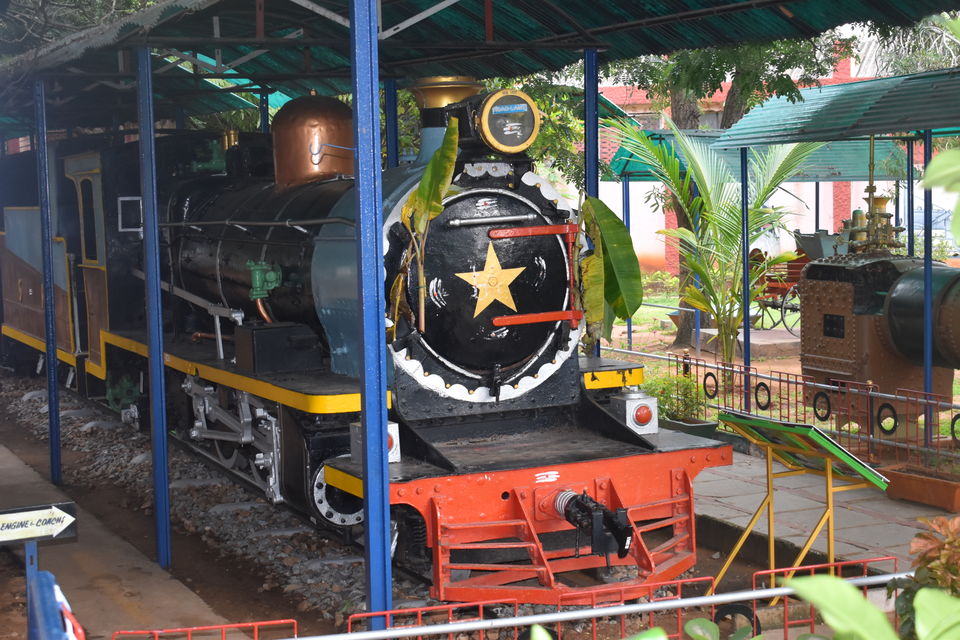 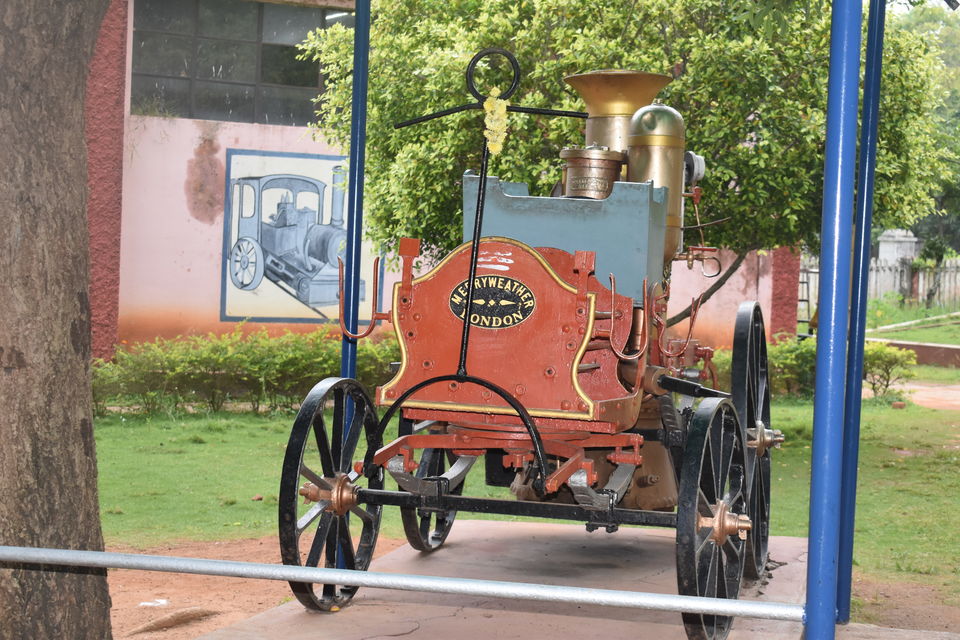 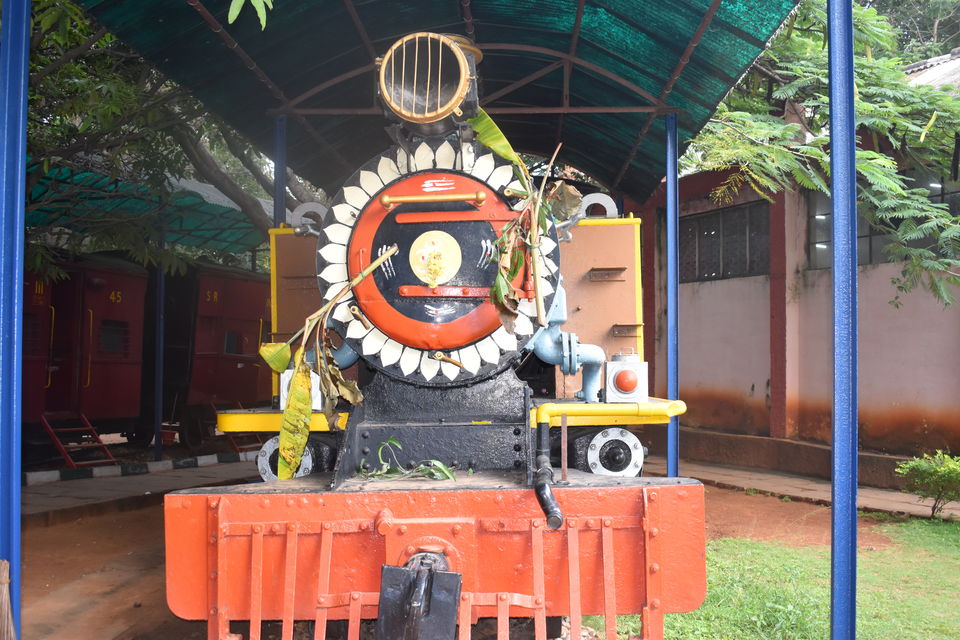 The Chamundi Temple on top of the Chamundi hills is the most famous temple in Mysore, since Goddess Chamundi or Chamundeshwari is the presiding deity of Mysore. She is the tutelary deity held in great regard for hundreds of years by the royal family of Mysore.

The holy temple of Goddess Chamundeshwari is perched atop the Chamundi Hill. It is located 13 kilometres from the city of Mysore or Mysuru as it was originally named. 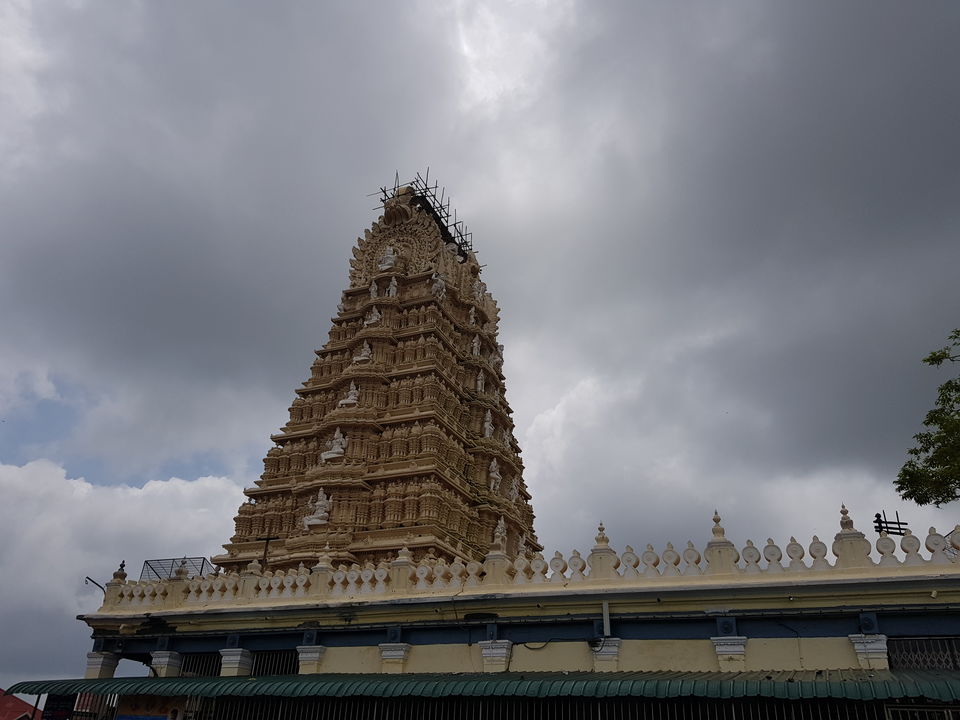 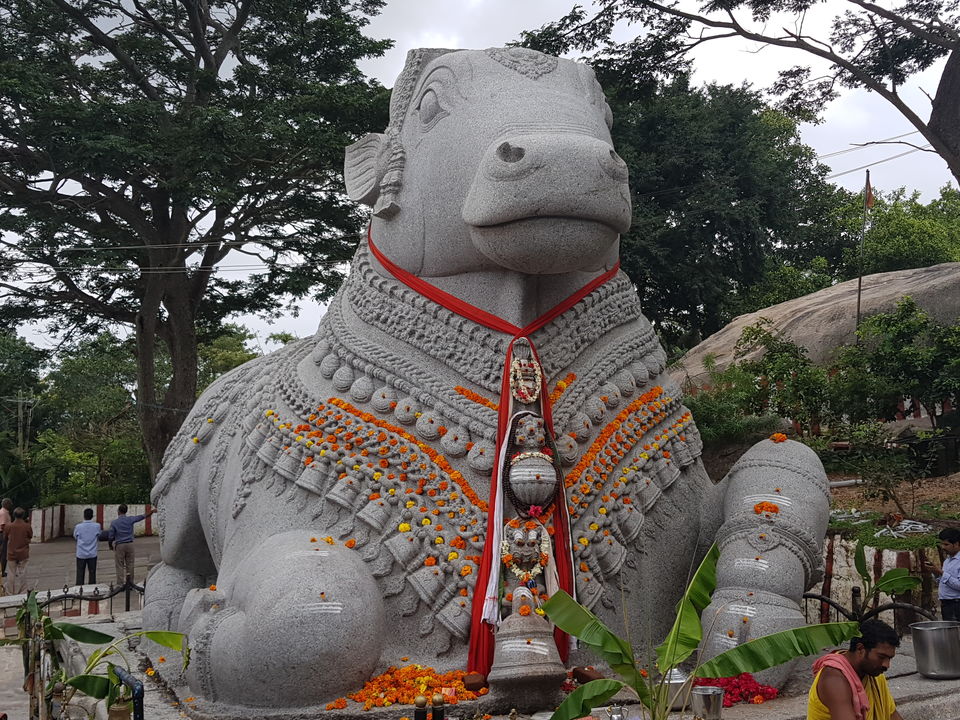 Mysore Zoo is a 157-acre zoo located near the palace in Mysore, India. It is one of the oldest and most popular zoos in India, and is home to a wide range of species. 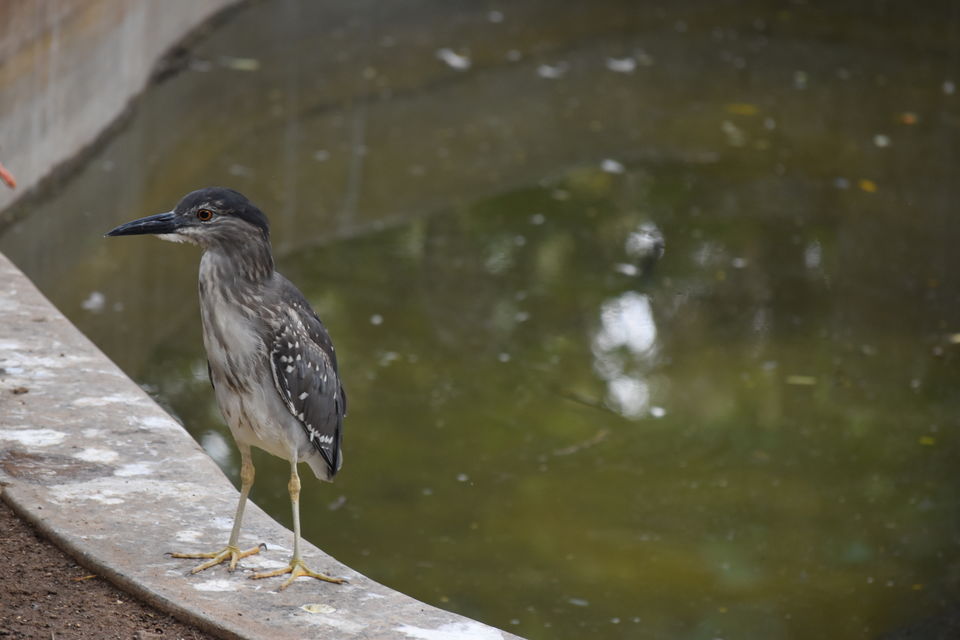 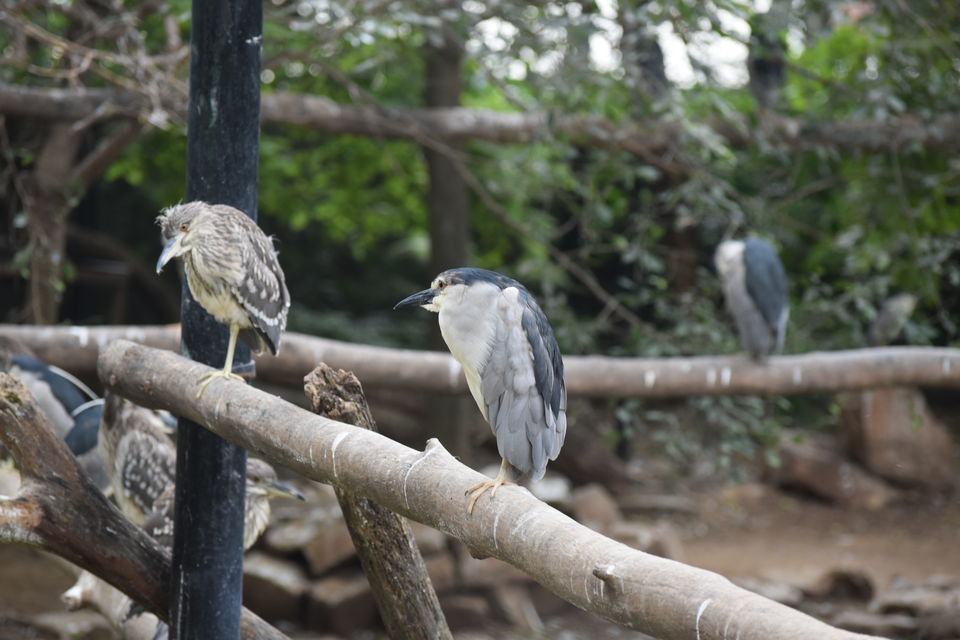 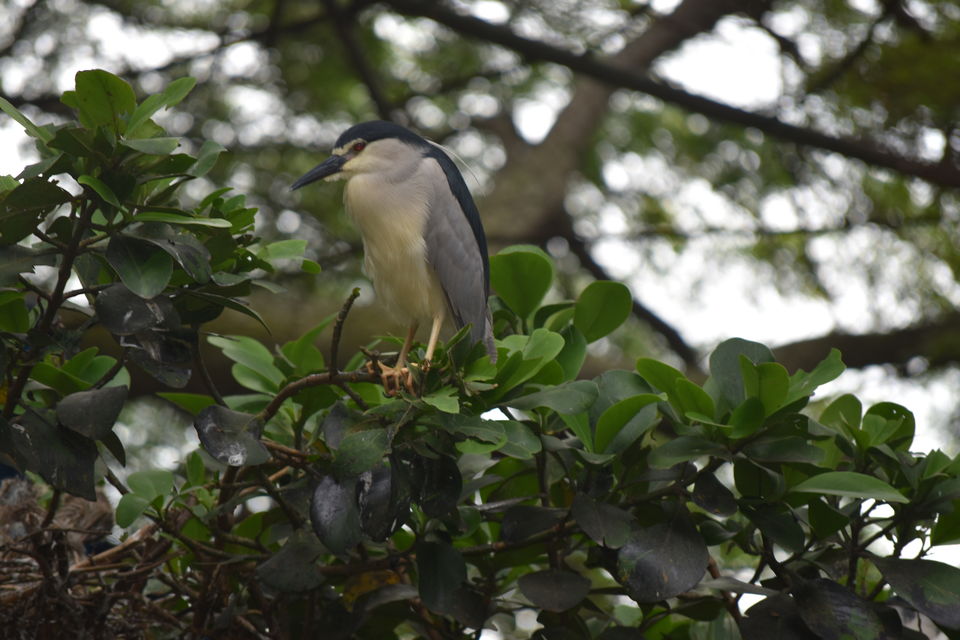 Tiger sleeping in own habitat 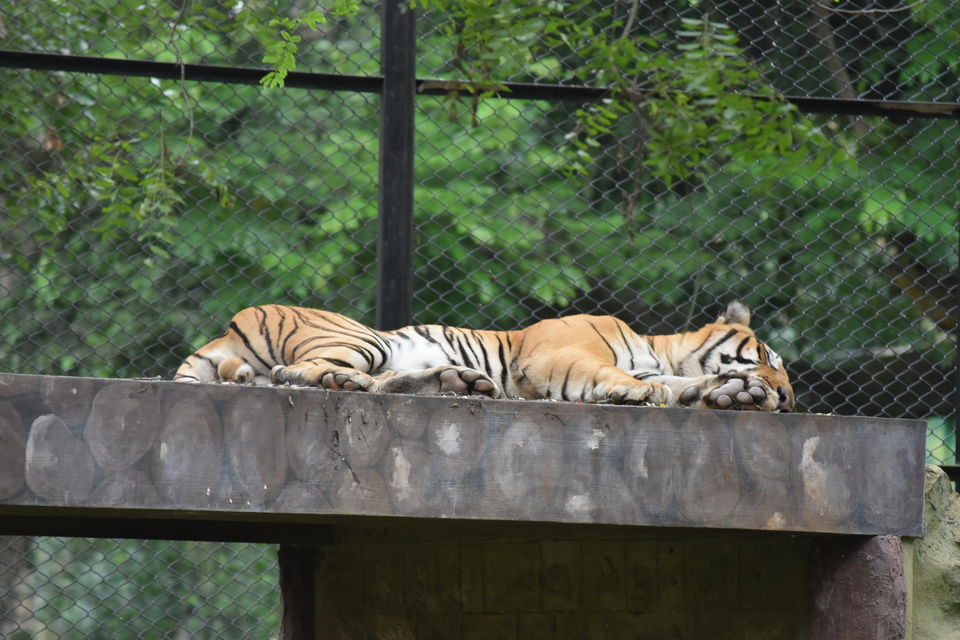 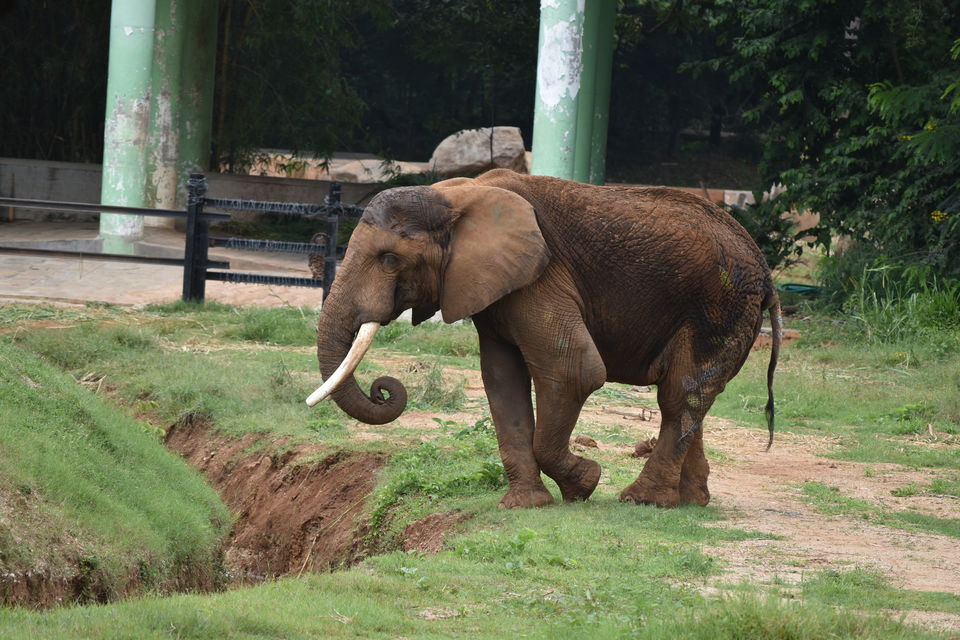 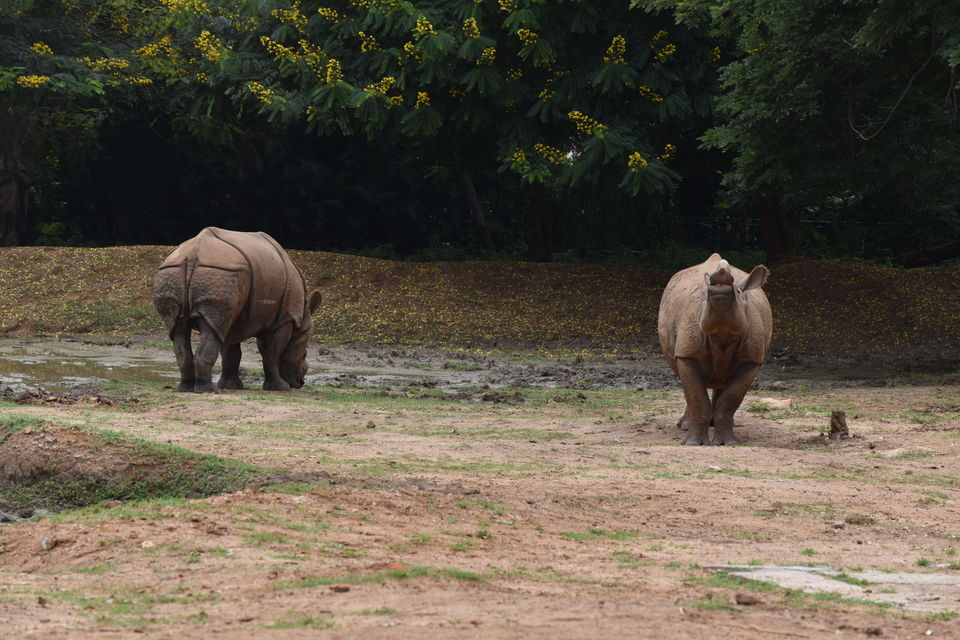 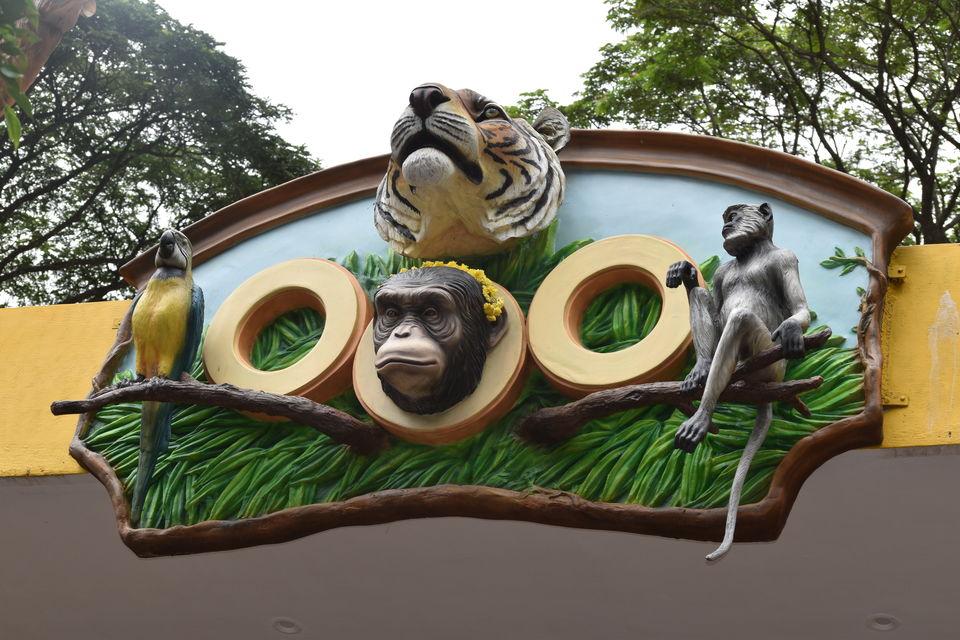 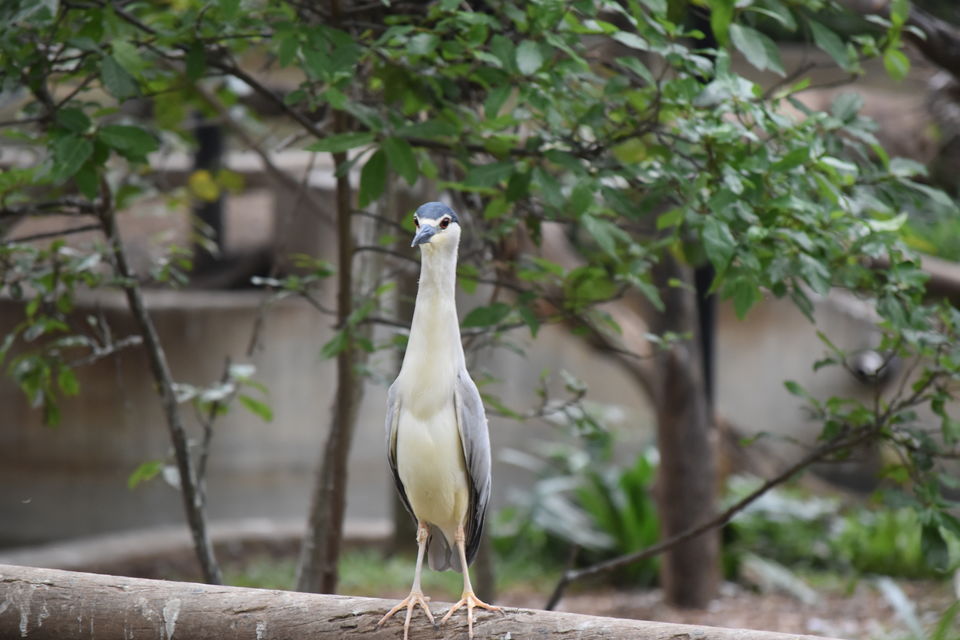 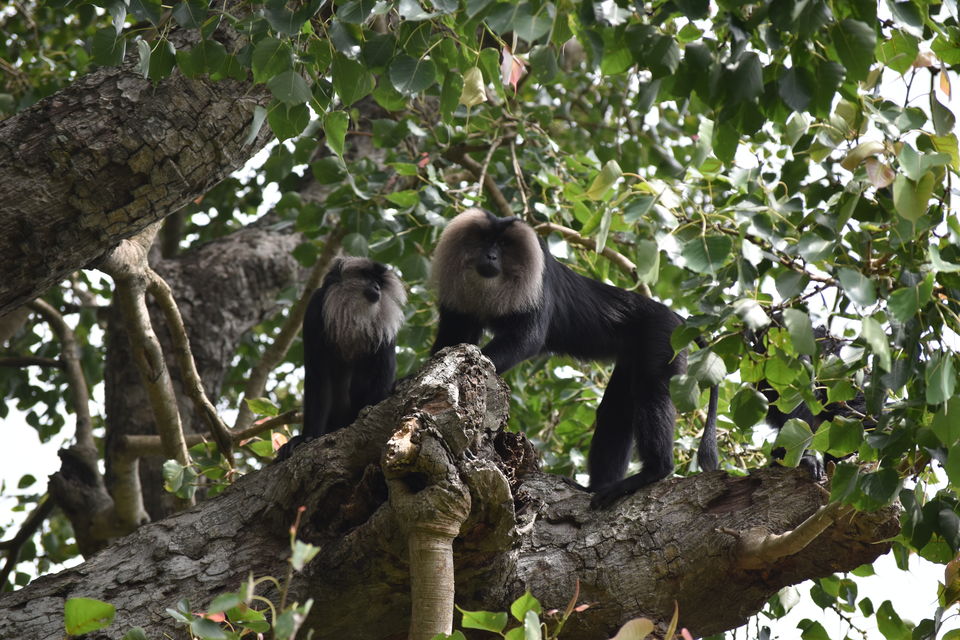 Mysore Railway museum timings are 10.00 AM to 5.30 PM. Visitors can visit this museum is open on all days of the week except on Monday. 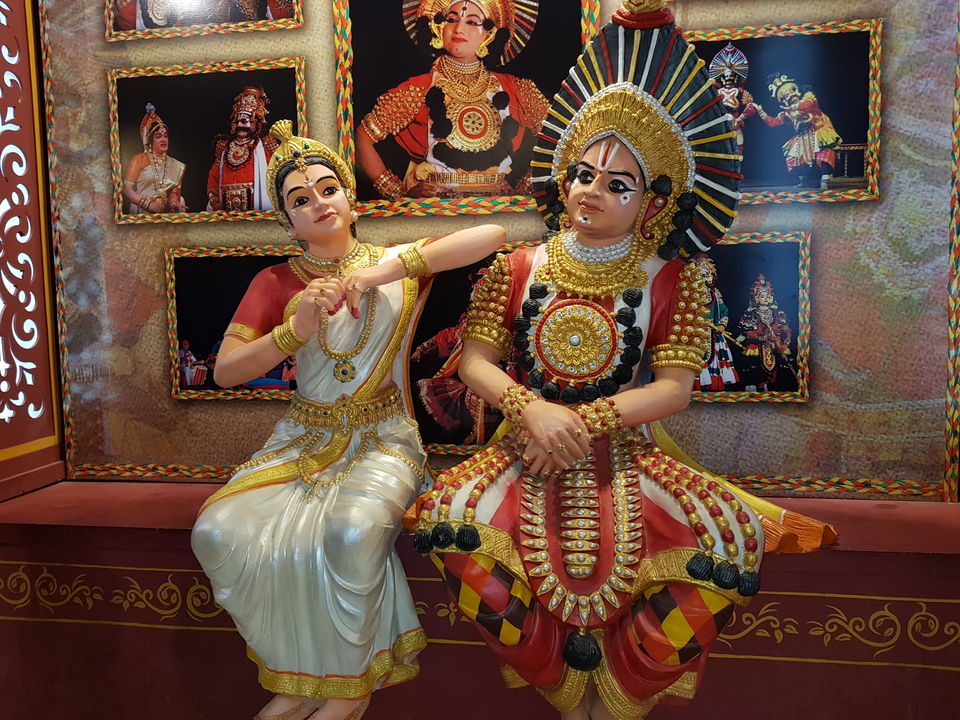 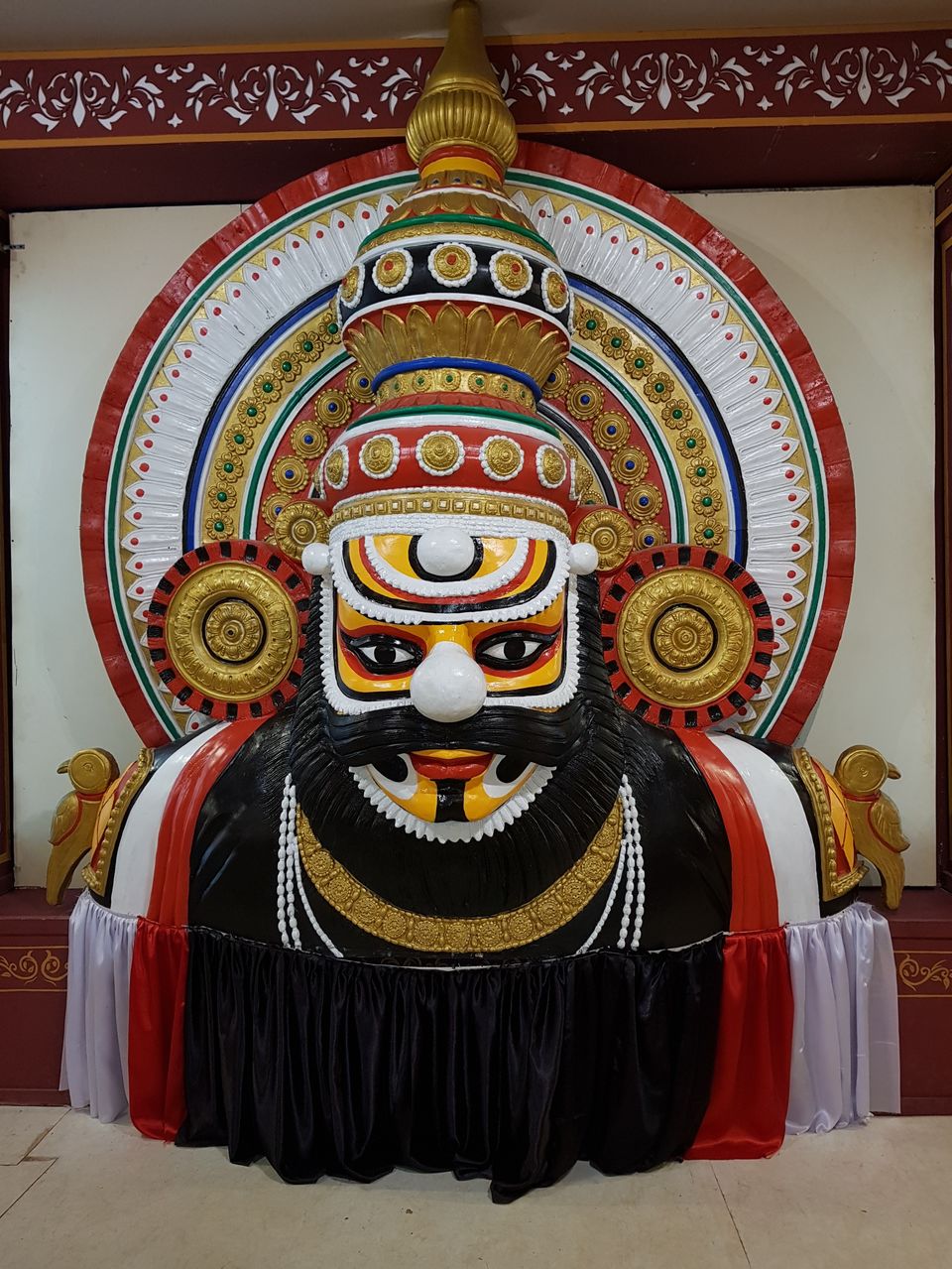 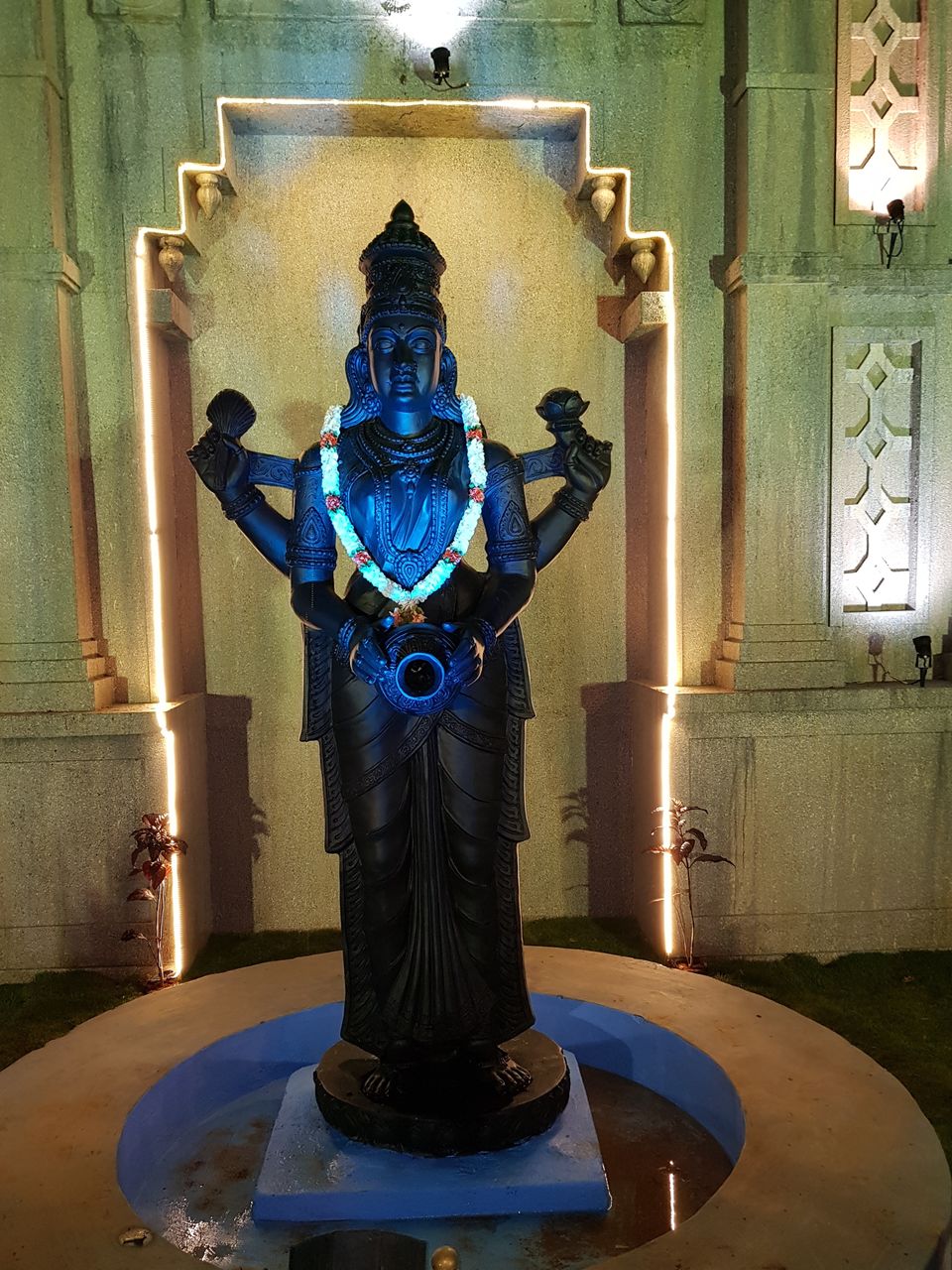 Streets of Mysore during Dusshera Fair 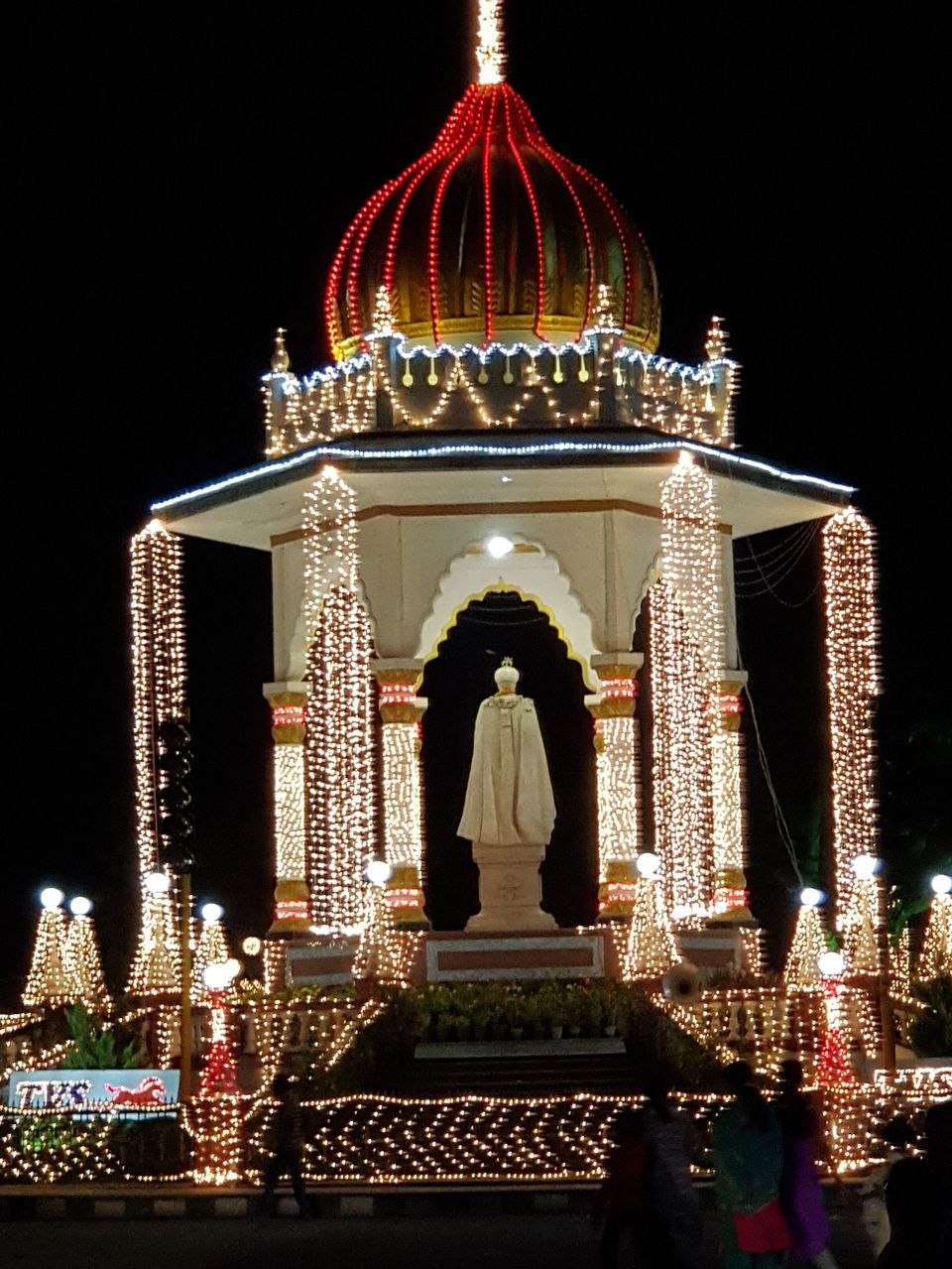 Other things one can buy from Mysore include;

• Crafts carved out of stone

• Mysore peta which is a stylized turban now available all ready

The best way to get to Mysore is from Bangalore which is situated just 150 kms and connected to Mysore by Air, Rail and Road. The Mysore airport also known as Mandakalli airport has been functional since 2010, after being unused for few years.

You can take KSRTC Bus from Bangalore Airport or City to Mysore.It will take around 4-6 hr.