It was on 3rd of January  i got two missed call from unknown number, who knew that the phone was ringing for an adventurous trip...!!
When i taped the green button to call back, it came to my mind that why i am calling back  (usually i don't )..
But then it started ringing and one girl from other side said: Hello
Me: hello, who's this?
She: Achy naa rigzen dolma en ba (sister i am rigzen dolma)
Me: shyy!! Ohh you😄... What happen??
Then she told me about her plan that she and her friend is leaving for bangalore on 5th and she asked me whether i can (me) join them after 7 (as i was having exam on 7th)
I didn't confirm it at that time.
Later we two decided to leave!!!!
On 7th of January :
i wrote my exam!!! And leave the hostel.
Our bus was only at 6:30pm so we walked here and there with no destination, doing our madness.
" On that day for the first time i liked something which i don't like "
Can you Guess! what would be that??

When it was 6:30 we went to our bus stop but there we got to know that bus will be late and we have to wait.
We sat there and my friend got a message from her friend that it is "BHARATH BANDH" on 8 and 9!
We thought it is only in kerala and we googled it but we were wrong!!  It was written with a bold black colour on the top of the page  " 2- day Nation-wide strike from 8th of jan."
But still we decided to go. Later bus came around 8 pm. That was long wait.
And our journey  to Mysore (Karnataka) from Trivandrum (kerala) began..
On 8th of January :
I was on the window seat and my friend, she was calling me to look outside the window. When i looked out, literally i felt that i am dreaming or else i am watching any 9-D movie... The outside scenery  mesmerized me!!
A straight road having trees on both the side was covered with the fog and mist.
(I remembered the 1920 horror film, where that ghost was flying over those long straight trees between the fog and the hero and heroine were fleeing to escape from the ghost ).
After sometime the sun rose and bus conductor started shouting "mysore! Mysore Wale!! Mysore wale!!!
We got down the bus and took auto from there to one nearby hotel.
We rest for a while and got ready. Our two friends were coming from bangalore to join us and we had to wait for them.
Then we  went to have our first breakfast of mysore. We ordered simple poori and bhaji, thought that it would be best to start a new day rather than appam,idli, and dosa. After having breakfast we had lots of time to kill, since it would take time to reach our friends from bangalore. somehow we had to wait for our two friend from Bangalore, so we two went to Mysore palace by walking through the city. And i think if we had gone by any vehicle we would not be able to see the city beauty. In between we noticed a lots of things. And we were able to differentiate the surrounding of mysore,trivandrum, and ladakh.
When we were about to reach near the palace, we saw that some people were shouting in front of a bank and we thought that it is for the nation-strike and we won't be able to get into the palace.
We stood  there for a while and took some pictures, then we came to the front gate of Palace, and unexpectedly we got  tickets to enter.
Mysore palace:
I heard about it when i was in 7th standard (social studies ).
It was built in the year 1912 by 24th ruler of Wadeyar Dynasty. It is an incredibly breathtaking example of Indo - Saracenic style of architecture. Chamundi hill in the front enhanced  the beauty of the palace more.
And I had a strong desire to go to Chamundi hill so that I could see the beauty of the palace from that height. But time didn't permit me to go their.
We entered one temple there and met with some beautiful soul.(still remember the laughter of aunts )
When we reached in front of the palace i realized how rich our Indian culture is.
We sat there for a while and went to each and every corner at the outside.
It was around 1'o clock our friend reached.
And We entered inside the palace, i stopped there for a while and thought, the subject which made us to sleep a lot in the class is literally  the most interesting one. And i guess word will fall short to describe the beauty of mysore Palace.
After the palace we went to one restaurant to have some north indian food. Then we went to bus stand to get the bus for Byllakuppe. i put my headset,played the song, open the window and felt the calmness and peace of air on my face.
.
.Continued..... 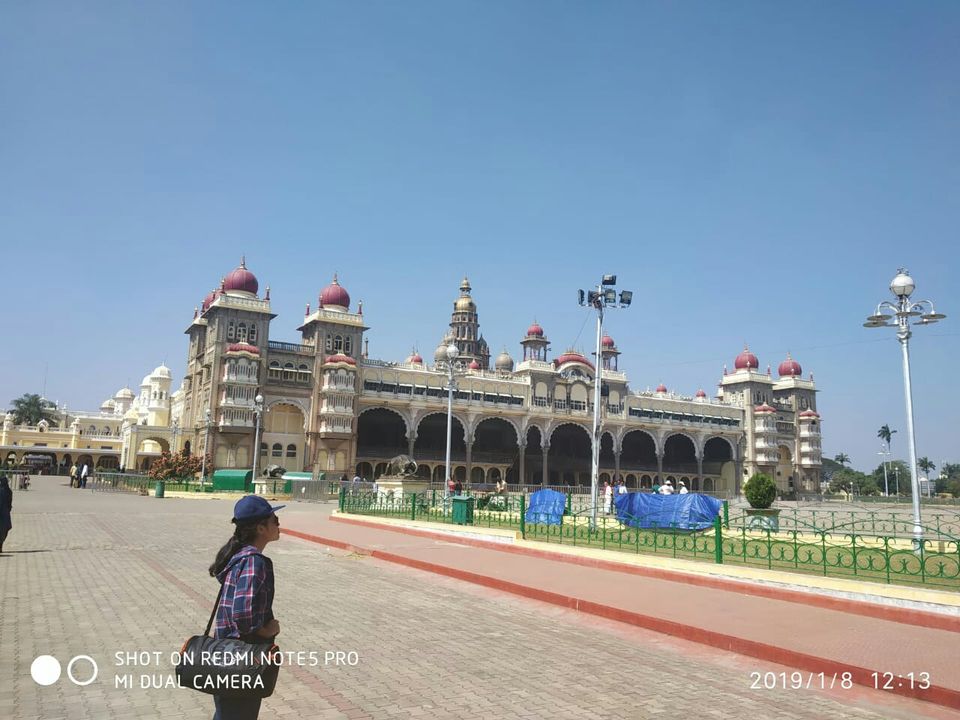 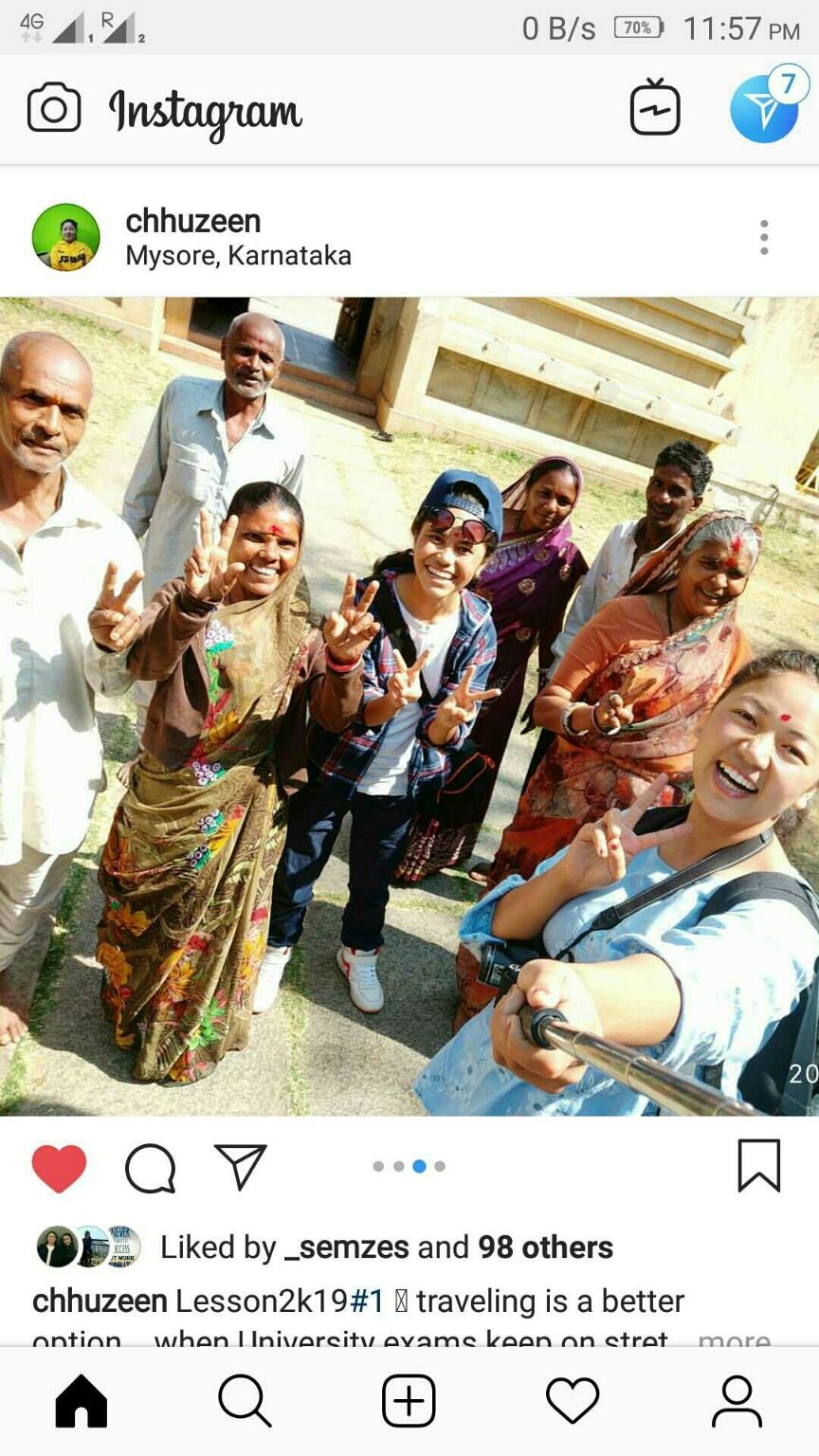