PENCH SANCTUARY TOUR IN MP" the talk of jungle" 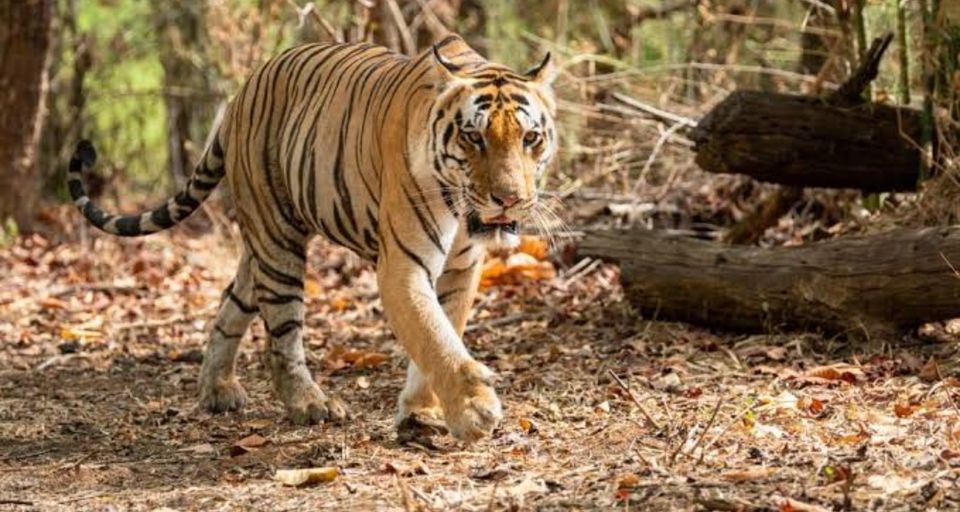 The talk of the jungle has gone on;

Our gypsy was slowly moving forward in the forests of Pench.  Three to four km  ahead, the jackal was seen going.  The jackal walks four steps, then looks to the right, then walks to the left.  Walked some distance and turned back.  This sequence is repeated again and again. There is probably no more cautious animal in this world than a jackal, only then it has been said that the lion never hunts a jackal, on the contrary, it steals its food.  Pench Sanctuary is located in Seoni district of Madhya Pradesh from the border of Maharashtra. Its spread is in Seoni, Chhindwara Nagpur district of Maharashtra.  We three friends stayed at the place of our close friend posted on Khavasa border.  With them, got up at 4:00 in the morning and reached the Pench sanctuary. Maruti gypsy  of the Forest Department left for Van Vihar with a  a guide.

I was more attracted to the Pech sanctuary.  The story of Mowgli has come out of these forests.  This animated serial has very beautiful dialogues and signature song lyrics written by Gulzar.  Jungle jungle talk has come to know that flowers have blossomed by wearing tights, that echo remains today.  We went out in a gypsy to see the same flower.  The story of Bagheera and Mowgli has its place, but the tales of the forest are not less here even today.  If you discuss with the people around here, you will find that today a tiger was seen in this village.  He picked up the cow or killed a pet.  The stories of a tribal's fight with a wild animal make headlines in the newspapers.  Events happen occasionally but tales are always alive among people in the form of stories.  People's life is so much mixed with forest and wildlife that they are unable to separate it from themselves.  Even the forest does not allow them to be separated.  Their livelihood runs from this.  Innocent people who belong to the tribal community run their house in very little.

As the gypsy was progressing, the tribal guides of the forest department were giving information about the national park.  He said that thousands of tourists come here but only a few lucky people get to see the tiger. When asked whether we would be there or not, he smiled.  It was cold early in the morning of March.  Sometimes a reindeer was seen sitting quietly and rummaging, and somewhere a herd of buffaloes could be seen.  In the dense forests, langurs, other animals and birds were not even counted.  At one place, a huge tree whose roots had given the answer stood dry.  When asked why it is not dropped, the guide said that according to the rules of the jungle, it is left for as long as possible for death.  In this process many animals find shelter in it.

I remembered an essay I read in class 5th or 6th.  In which he wrote about wildlife.  How close the society and forests should come, why they should come, was also explained very well.  After seeing the forest closely after such a long time, the words of that essay really came true.  For people like us who live in the plains, going near the forest, taking a walk through the dense forest gives a different experience.  Such excursions give inspiration to stay connected with nature.  Perhaps this is the reason that people have started visiting more and more National Parks and a consciousness has also been awakened in the whole country regarding plantation and protection of forests.

At one place the guide signled to the driver to stop.  Suddenly a group of wild dogs called Dol appeared.  Seeing the dreaded looking dogs, there was a strange panic. I remembered   The film , which runs on Discovery. The guide said that they are so dangerous that even the tiger is afraid to go near their flock.

In Pench, three or four routes have been set for the tourists by the Forest Department.  Tourists leaving at 6:00 am are sent in different directions.  The gypsy leaves the trio around 12:30 at their place after rotating through the route.  We had traveled 2 routes.  But the sightings of Tiger Maharaj were rare.  Told the guide that it was full of emphasis to show today's tiger.  The guide excitedly took us on a new path.  The river used to fall in the middle and came out above the river.  There was a forest of dense trees and a clump of bushes, the grass was different.   All of a sudden something happened.  The guide's ears perked up.  He immediately told the gypsy driver to stop the car.

The guide had a strange glow on his face.  It seemed that he was sure that Tiger would be seen.  We all were waiting eagerly.  Suddenly, the scream of the monkey was heard.  The langur jumped from one tree to another, from one branch to another, started looking for a safe place.  There was chaos in the forest.  On the other hand, the deer was warning his companions by making his own voice.  The birds also started making noise.  The guide said the movement of the tiger.  There was some kind of scene which was indicating the arrival or presence of  tiger .  I  was seen an scene  on  Discovery  was being staged in front of us. All of a sudden, a few distant clumps, two glowing eyes and a golden-coloured face appear in an attacking posture.  We all got thrilled and wanted to show off the thrill, the guide signled to keep quiet.  We thought, today, we can get to see live hunting.

Suddenly, there was a loud rustle of leaves and coming out of the clump, at a stormy speed, the tiger was seen running after the deer.  In an instant  tiger  disappeared.  Within a few moments, the deer's scream was heard.  After a while everything calmed down.  That scene is still captured in the eyes and creates excitement.  We were not able to see the tiger up close, but before hunting, we felt the kind of movement in the forest before the hunt.  Which was of far greater importance than seeing the Tiger up close.  We came back and stayed at the 'Rookad' hotel of the m p Tourism Development Corporation.

For those who keep visiting the sanctuary or passing through the Seoni to Nagpur highway, the Tourism Development Corporation's 5 -room Rukhad hotel and restaurant are very dear to them.  We also stayed there for about 2 days.  Nestled amidst dense forests, the hotel offers a supernatural experience.  As the night started to fall, the sound of a strange deer separation anguish was heard, then it would stop for some time.

After staying for the night, he went out for a walk in the morning after jumping off the hotel boundary wall and got down into the dry river. With the help of the river, he went inside 2 km with only sticks.  With great difficulty, after persuading friends, they brought them back to the hotel.  After coming to the hotel, read the newspaper, there was news on the front page that in front of Rukhad, Tiger walked on the road  in last night with his family and crossed the road and traffic was stopped for about 3 hours.  We the people of the plain area, when we go towards the sea, towards the mountains or go to the sanctuary, then we should follow the rules and regulations there.  But in the fun and excitement of tourism, we break all the rules and sometimes become victims of unpleasant incidents.  Therefore, self-discipline is very important in tourism.

There are many sanctuaries in Madhya Pradesh, but Pench has its own importance and this importance increases due to the Jungle Book of Rupyard Kipling and the story of Mogli.  To go here, it can be easily reached by road from Nagpur and Seoni in Madhya Pradesh.  It is connected to Chhindwara and Nagpur by rail.  Nagpur can be reached by air.  There is a sufficient arrangement of food and drink in Pench.  There is no problem with having big resorts, hotels in the middle of the jungle. Once, one must visit this sanctuary to get closer to nature and must watch the episodes of Jungle Book before going to tour. 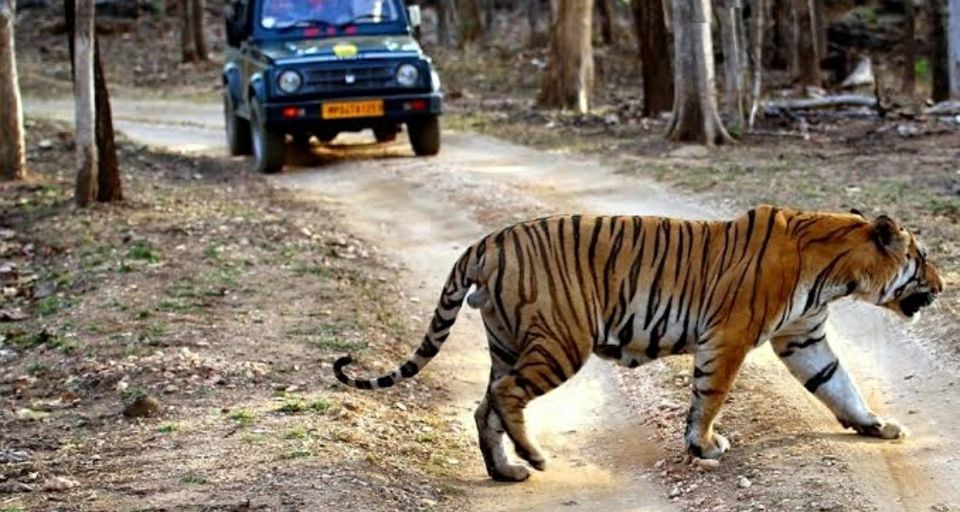 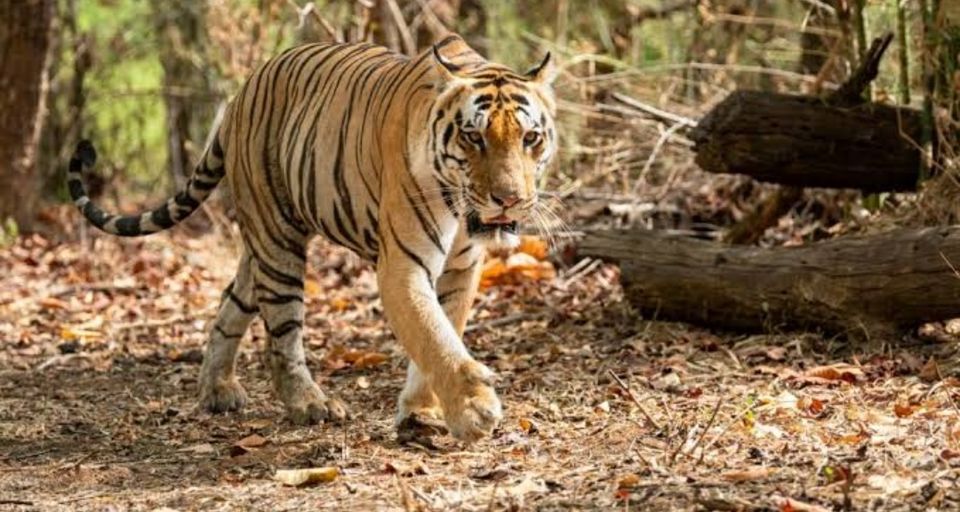 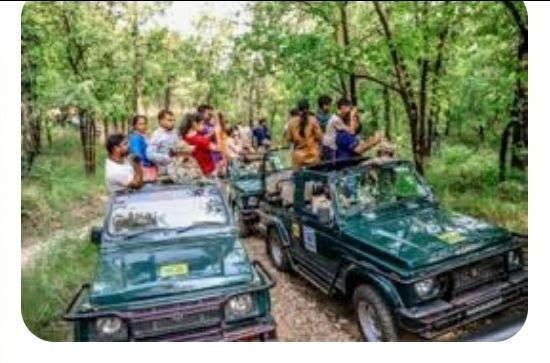