Nepal Travel GuideNepal TripsExploring Nepal: What Made Me Fall In Love With The Country!

Exploring Nepal: What Made Me Fall In Love With The Country! 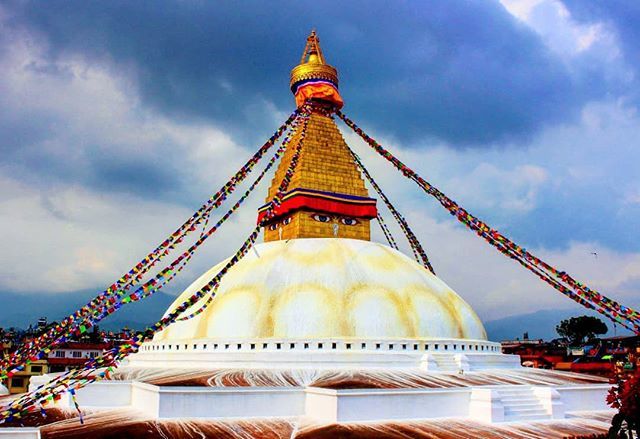 Being Indians, we barely think of Nepal as a foreign country (more so because we don't need a Visa to hop in there!) and quite often, ignore it for our aspirations to see those countries which are more polished by the effects of globalization.

For me, the scenario was a little different. Ever since my love for the mountains has escalated to a different level, I have dreamt of seeing the Everest closely. And that's what pulled me to Nepal (and I can go back again!).

A tiny landlocked country tucked between India and China, Nepal appears to be like a piece of heaven placed on Earth. From the mighty Himalayas to the gorgeous valleys, the ancient temples and cultural richness - this country has been on the top of every backpacker's bucket list.

In just about a week's time, here's what made me fall in love with Nepal:

The People in Nepal

From the Immigration Officer at the airport and the cab driver waiting outside, the shopkeepers across the valley of Kathmandu or the attendants at the hostel - there wasn't a single person who didn't greet me with a smile & 'Namaste'. There was a generosity in the atmosphere, a sense of friendliness among all and warmth that can melt one's heart. Although the country has faced some serious loss due to the natural calamities in the recent past, and people are still struggling to get over it - you'd still find them happy and content with their lives.

Most of the people are extremely chatty and they can initiate a conversation anytime! I was traveling from Thamel to Swayambhunath Temple in a cab, and the person driving the car was a middle-aged man who told me how he has struggled throughout his life and worked till late, only to have enough savings to raise his kids. He said that he has two children, both of them are studying abroad.

While volunteering at an orphanage in Nepal, I was spending all my time with little kids who were so full of life, in spite of lacking a lot of basic necessities. I couldn't help myself from bonding with them, and now, there's a strange desire to go back and spend some more time with them.

The Old World Charm in Nepal

Walking down the narrow lanes of the temple complex in Bhaktapur, I felt like I was taken back in time - in an era of simple living. There were potters on both sides of the lane, engrossed in their work and not bothered by anything around them. As I took a narrow cut, my guide showed me traditional Newari houses, which looked something straight of a storybook.

One would surely visit the popular touristy places, but the hidden gems of the country are the ones that still hold on to the old world charm!

Whether it's the Durbar Square of Patan, the Nyatapola Temple in Bhaktapur or the Pashupatinath Temple in Kathmandu - the ancient architecture across different cities absolutely mesmerized me. While most of it has been badly affected by the 2015 earthquake, the government is trying its best to restore the remainings and renovate the rest with help of foreign aid.

The Food in Nepal

Being a foodie, I'm always on a quest to savor the authentic dishes during my journeys. And to be honest, the food in Nepal will definitely tickle your taste buds and leave you craving for more!

From steamed momos and dumplings, thukpa noodle soup, dum aloo and Gorkhali lamb - Nepalese cuisine can make a foodie go crazy! You'll get to taste the authentic daal, bhaat, and sabzi at any local restaurant, (the Nepali Thali as mentioned in the Menu Card) and the flavors will linger on your mouth for years. In Thamel (Kathmandu), you’ll find several restaurants serving the Nepali Thali.

And don't miss trying out authentic Newari cuisine - that includes a lot of unique dishes, mostly made of meat and lots of spices. I was lucky to be accompanied by a local, who ensured that I get to try the best dishes, and there wasn't a single thing that I didn't like. He often took me to shady places in dingy lanes in Kathmandu & Bhaktapur, but nothing disappointed me. The best, of course, was the 'Bara wo' (beef pancakes) that I tried at a local's house in Bhaktapur.

The last, but not the least - someone can just visit Nepal for the Himalayas. To quote Frank Smythe, "There is something about the Himalayas not possessed by the Alps, something unseen and unknown, a charm that pervades every hour spent among them, a mystery intriguing and disturbing. Confronted by them, a man loses his grasp of ordinary things, perceiving himself as immortal, an entity capable of outdistancing all changes, all decay, all life, all death."

One would never question why Nepal is the hub for trekkers and explorers from all across the world. You'll only get to know how true these words are when you'll explore this tiny country tucked between the snow-clad mountains. A country that houses 8 of the world's highest peaks, there can be no better place to get closer to the mighty Himalayas.

As the flight headed towards Kathmandu, I could see the peaks out of the window, filling my heart with unparalleled joy! The moment I landed in Kathmandu, I was awestruck by the grandeur of the mountains, surrounding the valley on all sides. Whether you’re traveling to Nagarkot or to Pokhara, you’ll be always accompanied by the snow-capped mountains.

And you can always opt for the ultimate adventure, and head out for the Everest Base Camp Trek! Although I missed out for this time, I’ll probably do it sometime soon!

All said and done, a trip to Nepal won’t hurt your pockets and fill your life with some wonderful memories! Marked as ‘The Most Budget Friendly Destination’ by the Lonely Planet in 2017, this Himalayan hamlet is definitely worth a visit.