A world of its own

As I commence this blog I tend to wonder how am I going to put an end to it. The experience of this Excursion is so vast and Mystical that it gives complex to our minuscule lives. I'd never seen such an ebullient environment in my life and it is officially stated as the largest human gathering in the world. People perform bizarre acts in the name of Religion, which they certify as Religious devotion, which to me is amusing and absurd. But then- my thoughts are of an individual! Although it does seem that my tasks to accomplish are in process. My Reincarnation in this lifetime as a Hindu has led me to this festival called the Maha Kumbh Mela 2013 at Allahabad! I felt blessed because to Hindus this event is imperative.

I mentioned about my lecturer from "Delhi School of Photography" Mr. Jotirmoy Das in my First blog and his persuasive nature. After the two trips I took with him I was sure of him to baffle everyone, so much that it has evolved into a talent from his nature and somehow I'm enthralled by it now. But when he spoke to me about this Photography Jaunt the tone was different.

It was so genuine as if the Head of a Religious Community defined Proclivity for Religion. And when you are at a start of your creative career every prospect seems enticing even if you have to click pictures or write an article amidst a Dunghill.

With his sincere coaxing I agreed and when he told me that I have to board the train from Old Delhi Railway Station, the thought of going there was repugnant to me. But being a natural traveller that I'm there's always adrenaline that gets me going and I love to challenge comfort sometimes. When I reached the Rusty Red most crucial Station of the country I wonder where People come from, there are so many of them that anyone will think of it as a whole universe instead of a railway station.

At the station I met Mr. Das along with Mr. Deepak Virmani , the owner of Delhi School Of Photography and 3 American Educators teaching at The American School, New-Delhi and Mr.Vijay. All of us being Travel & Photography enthusiasts out to explore an overwhelming event seemed nonetheless than National Geographic employees.

The moment I heard that my ticket is unconfirmed I was infuriated and couldn't help with an outburst of profanity.

I agree that I have a habit to condemn my country because of poor Infrastructure, Government and much more. But I have decided that this habit shall soon stop. Mr. Das told me to just board the train with no doubt assuring me that he would take care of it and I must say with his glib talking to the Ticket Checker I was stunned. It took no time to settle the adverse situation. The train Journey was marvelous probably because of the company that I had, The Americans with us were engrossed in playing board games such as chess and some mathematical game which was out my league but I did try my best to play and compete despite being a mathematical illiterate. The mobile network was atrocious in the train hence I couldn't speak with my girlfriend who now happens to be an ex-girlfriend, she had to mail me a goodnight message hoping I will get it by the time I reach Allahabad and I was a young man who was in love and just a message could put me to sleep and so it did indeed a tranquil sleep.

I opened my eyes to the beautiful light of Allahabad's dawn and saw millions of people scattered throughout the city with a firm belief to take a dip in the living goddesses river called The Ganga or Ganges to wash away their sins or rather as they say 'It's a direct entry to heaven sir'. The campsite, our abode for the next couple of days was about an hour and half away from the railway station. For the next five days we lived like Gypsies in tents, there were people from all over the Globe. It was a land of hash, everyone just smoked joints & chillums, from sadhus to tourists. I hardly inhaled any fresh air instead it was so much hash that I myself felt like a passive charras smoking sadhu.

The sadhus have a quaint way of expressing their devotion towards religion. Some of them have sacrificed their arms by keeping it in air and not cutting their nails, some sadhus tie a rope to their testicles and lift up seventy kilos of bricks; one particular sadhu applied the same procedure but tied it to pull a car with people in it. They call these acts 'Yoga' to suppress their sexual desire. Some haven't slept in a decade and just been standing. Men who aspire to become sadhus have to give up all contact with their families and become a devotee to a Guru and get their heads shaved. I was unaware that there is even a criterion for the path to spirituality. The methodology for God's creation of the Universe should be un- equivocal, God has sent each of us on earth as per our karmic deeds from our past lives. Although I don't hold any special rights to say this or to impart the limited knowledge I have but I just say what God has made me feel. We all our God's children, in-fact God is our only parent, we live our lives according to how they want us to live.

To me sacrificing things to the extent sadhus do is not necessary, we could just practice the art of simplicity and be good human beings, love each other and do what we love and that's how God will be with us constantly.

I'm not saying that these sadhus are wrong; after all it is their personal belief and maybe God wants them to be this way.

But just looking at them was an adventure. Their dedication was inspiring that I could stay there for some more days and just contemplate them, but even they would have left. We all depart for our cocooned shelters eventually. I want to share some important information.

The Maha- Kumbh Mela happens every 12 years, specifically when the planets Sun, Moon and Jupiter are in a particular alignment.

The entire set up of Mela was constructed before the event, so it was a temporary arrangement, but it was so large that it could be seen from space. And the Legend says it that the rivers Ganga and Yamuna met they together met the river Saraswati and that is when the battle between gods and demons occurred and hence the drop of immortality nectar was spilled.

I don't know if I learnt something from this trip, but being there made me feel as if God told me that people listen to him because God hears us all when we talk to them, And we all shall appreciate and have gratitude for the beautiful life we have. 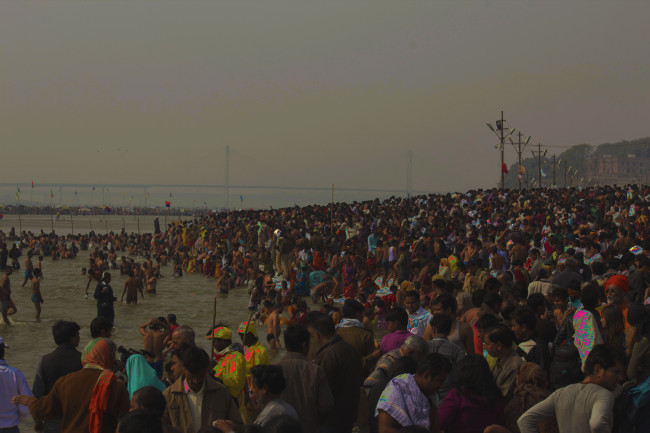 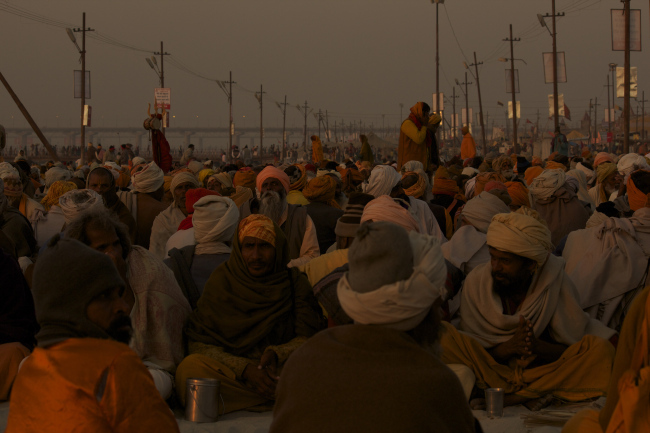 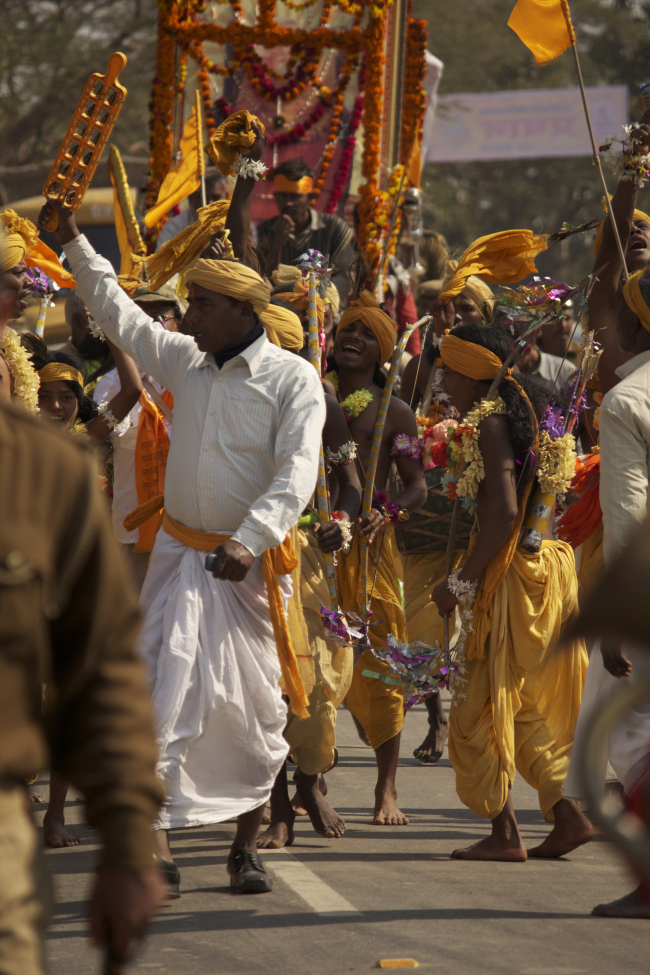 This blog was originally published on 'TO TRAVEL IS TO LIVE !'