India, has always been home to strange places. May it be the countless skulls in the frozen Roopkund lake, or the levitating stone at Shivpur, Maharashtra. One such place in Rajasthan, oddly 55km from the sun city Jodhpur, is a temple in a small village called Chotila. It's a Tiny shrine right next to the NH 62, on Jodhpur - Pali highway. Dedicated to Om Banna (for the locals) and Bullet baba to the rest of the world. The deity of the temple is a motorcycle. I would call it one of the strangest places to visit in India. This place attracts many bikers across India.

The legend says, Om Banna. Back in 90's met with a fatal accident while riding a 350CC Royal Enfield (Bullet). Om Banna could not survive the crash. Investigating police took the custody of the cruiser, but next morning the motorcycle had disappeared from the police station. Mysteriously, it was found at the accident spot. The police, assuming it to be a prank by someone, ignored the incident. This time around the police chained the motorcycle, draining all of it's fuel. Surprisingly the motorcycle had disappeared yet again and was found at the accident site. Legend states that the motorcycle kept returning to the same place. Every attempt  by police to keep it at the local police station failed; the motorcycle always returned to the same spot before dawn. This came to be seen as a miracle by the local population, and they began to worship the “Bullet Bike". Now the spot holds a small temple with a 'Samadhi' and the bike covered with glass sheets in an aluminium frame.

Recently, being exposed to the motorcycling world, I suddenly felt instantly connected with the place. This place holds  a different meaning to the people who visit the shrine. To many, it is just their faith in Om Banna that pulls them there. Some even consider the shrine to be a place where their prayers are answered. For the truckers and others who frequent the route, Om Banna is their guardian who protects them while on the road.

But for me it's a little different. I look at it as a connection between the motorcycle and it's late  rider. The bond between Om Banna and the beautiful 350RE was supernaturally tight, equally inseparable. It's so similar to the mythical stories of dragons and their masters. Like most motorcycle enthusiasts, I strongly believe at times one can simply talk to their machines. Almost like it's a living being, that understands you, knows how you feel. Try and take a motorbike to a ride when angry or low, a short 2 mile ride will calm you down. I feel that this common denominator of owning a 2 wheeler and loving it too much, made me feel connected to Om Banna.

"We all like Flying, when you are on a motorcycle. We are flying with a simple twist on the Throttle". - Why We Ride 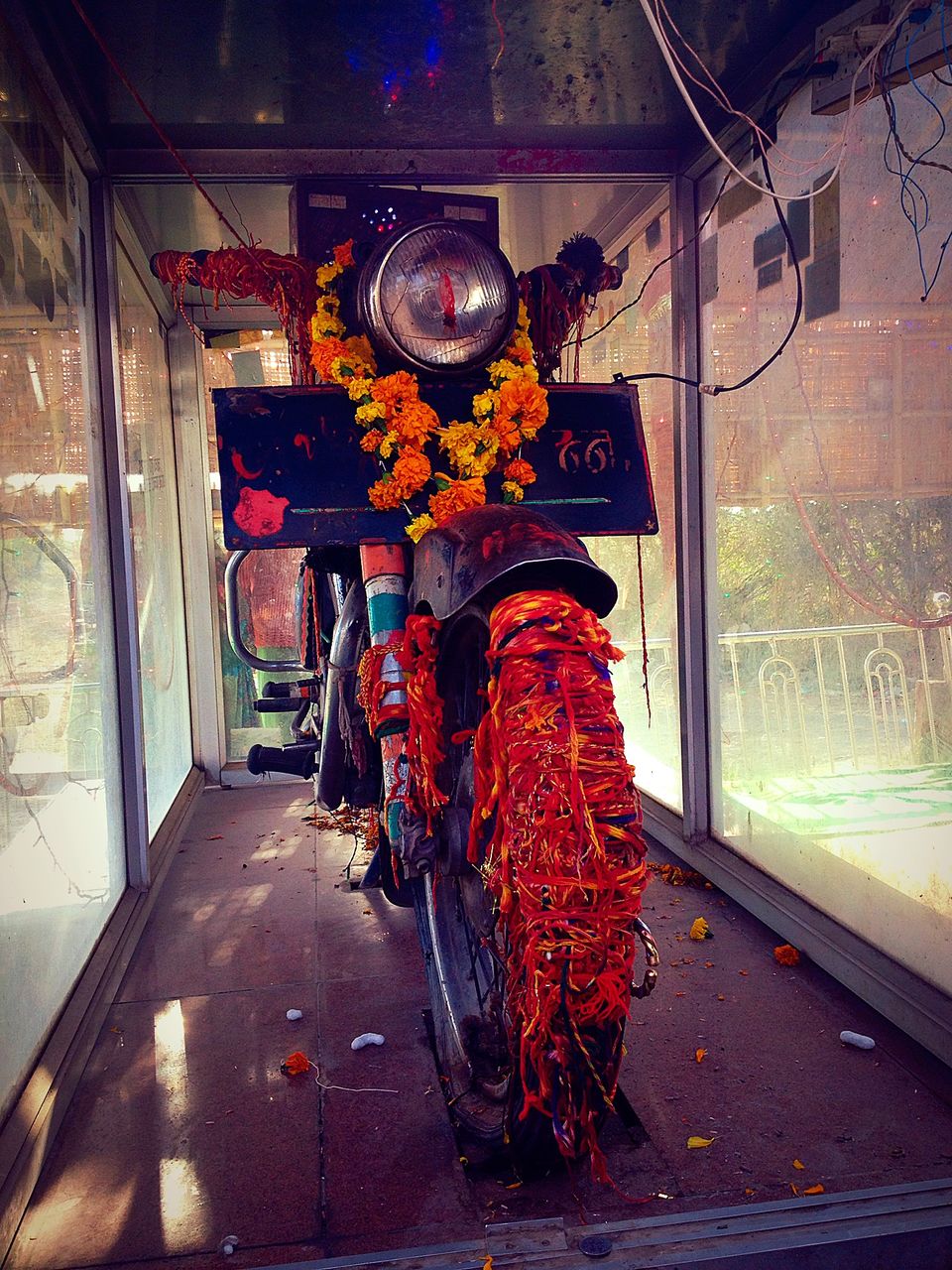 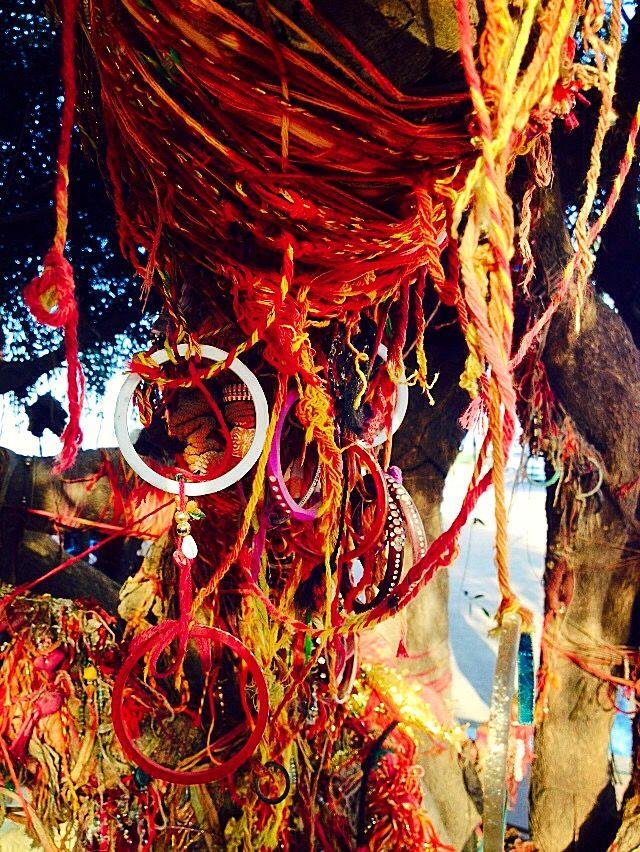 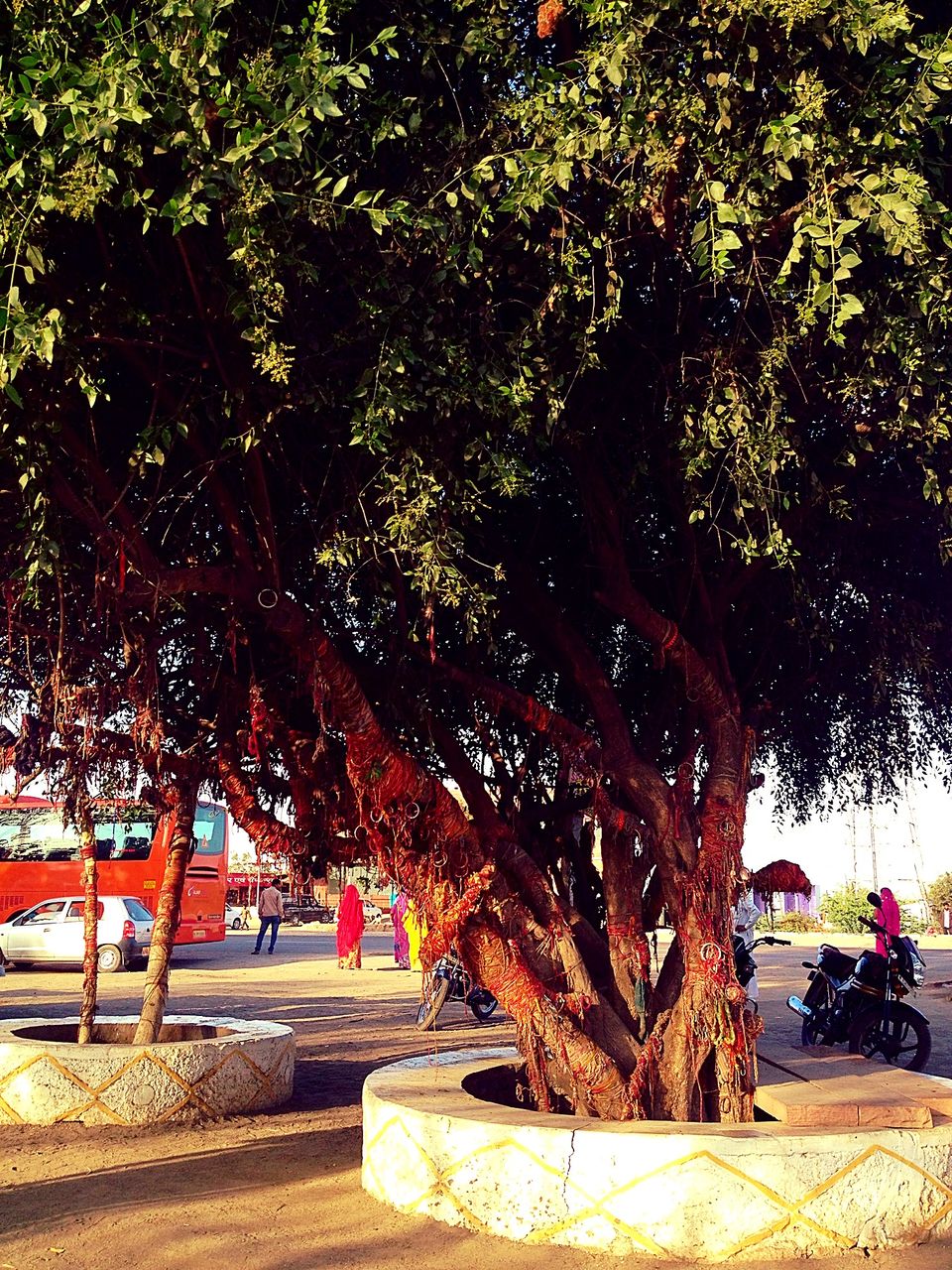 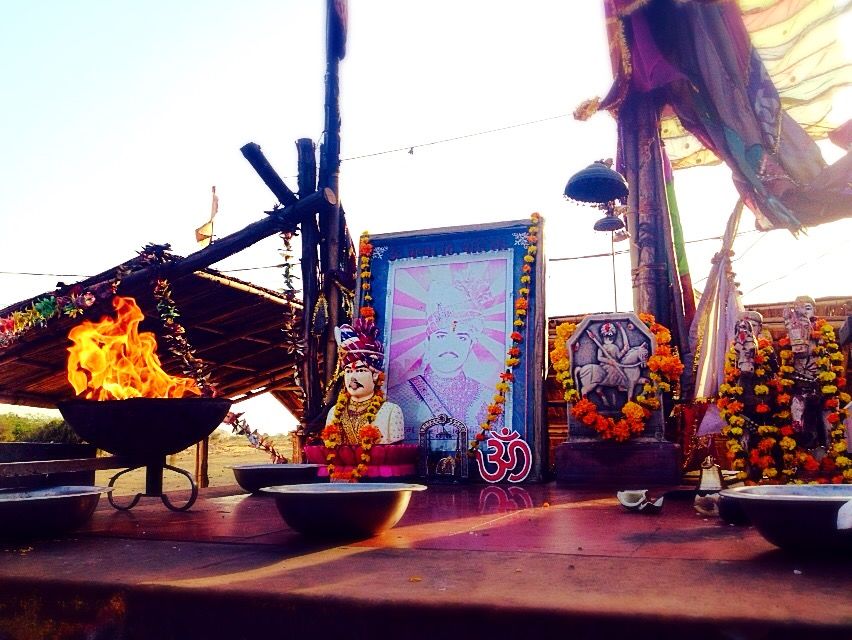