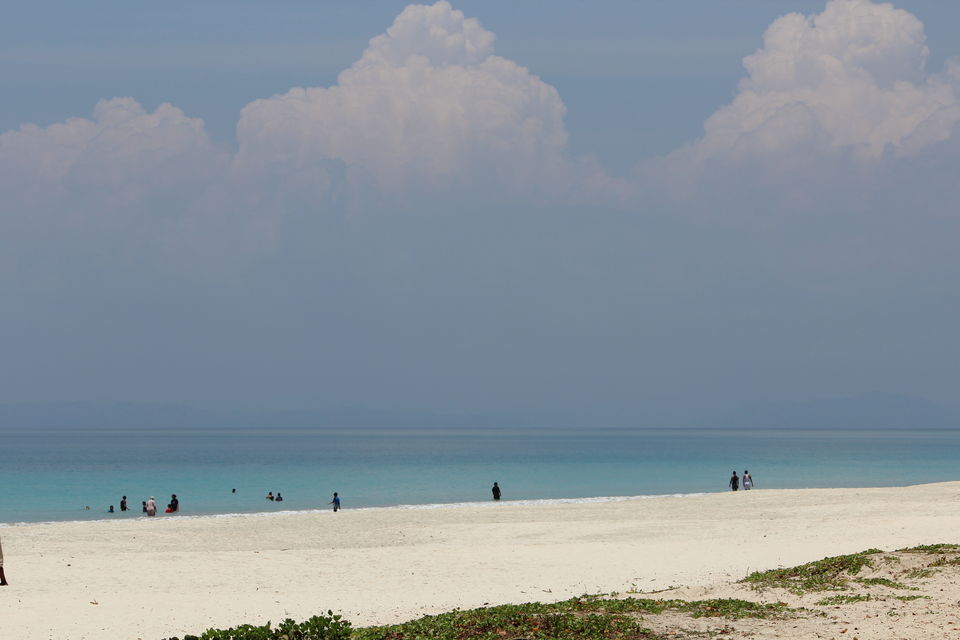 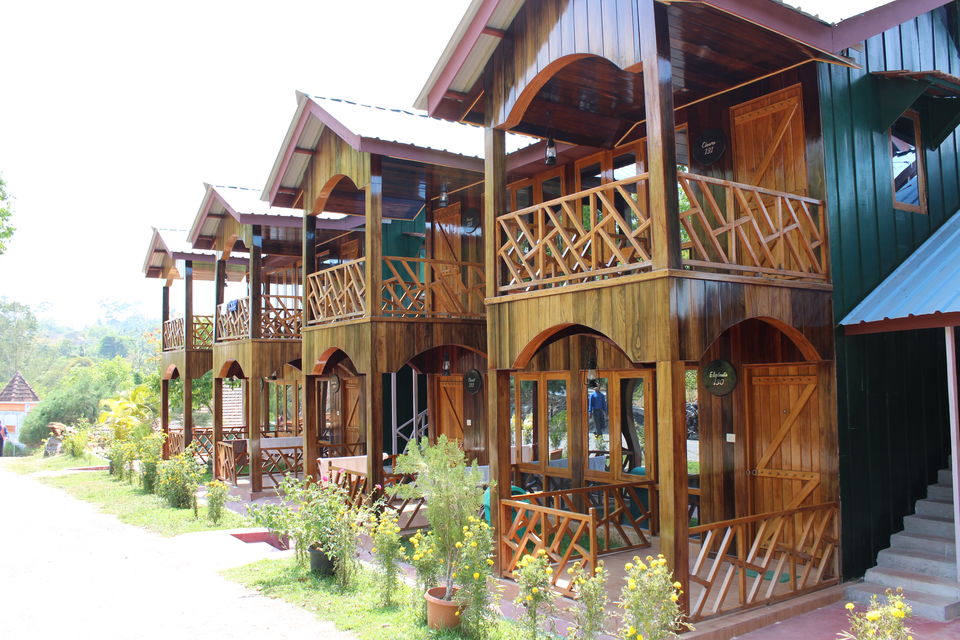 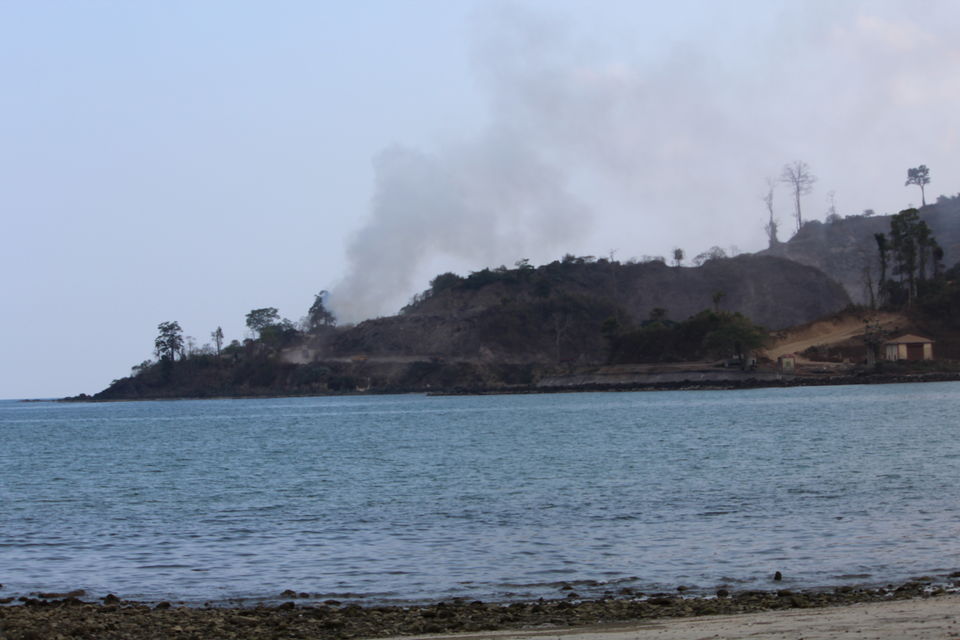 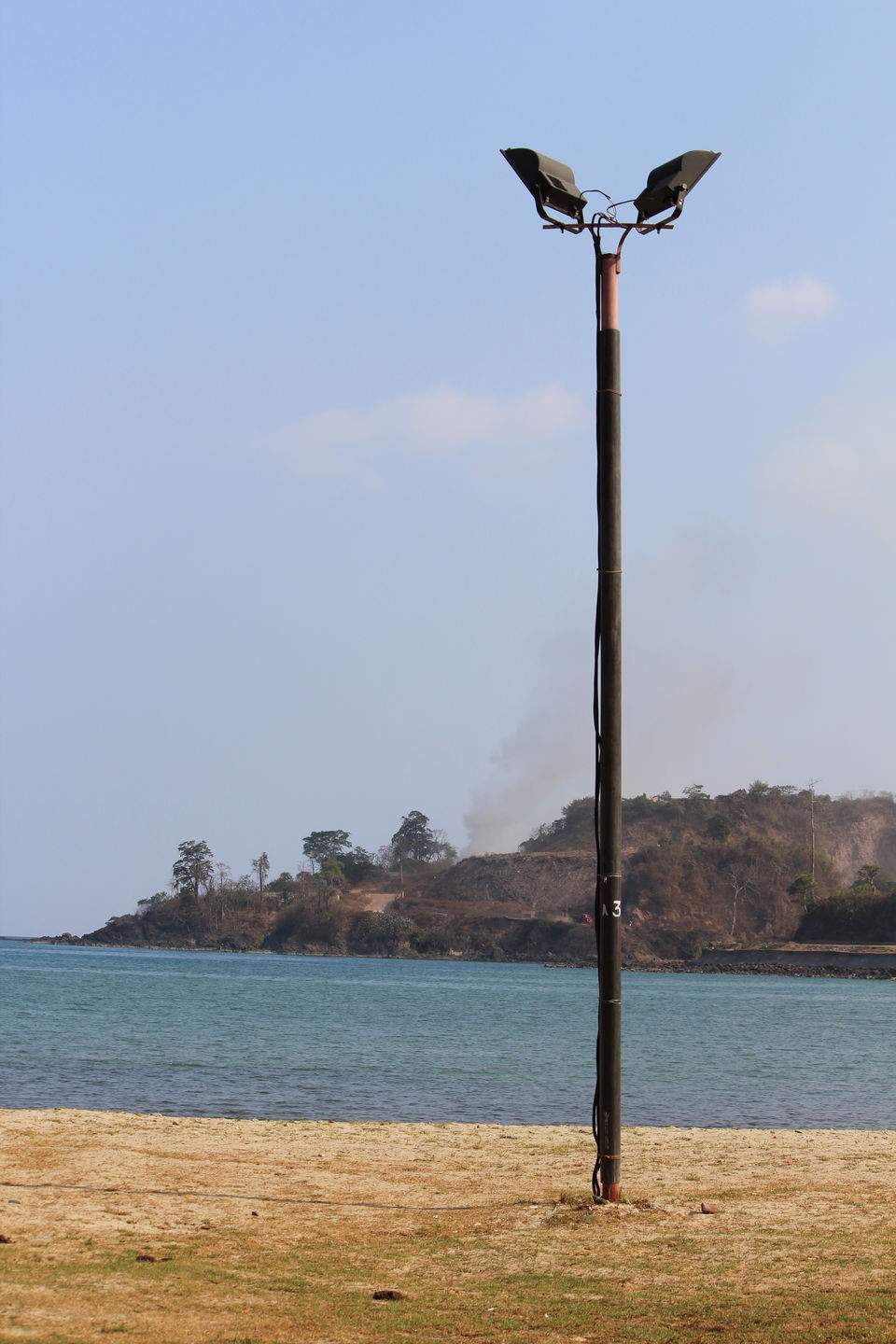 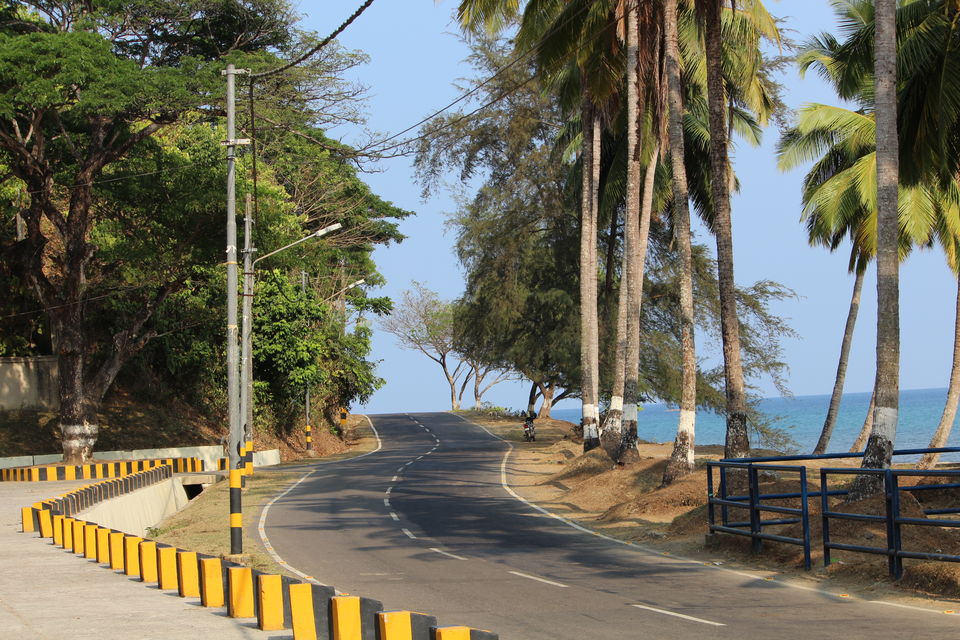 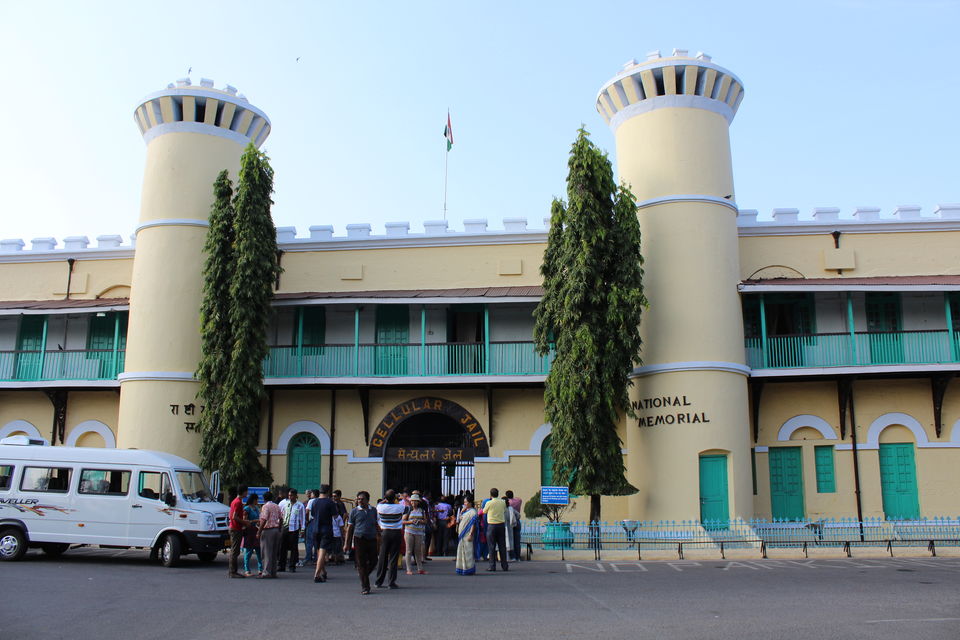 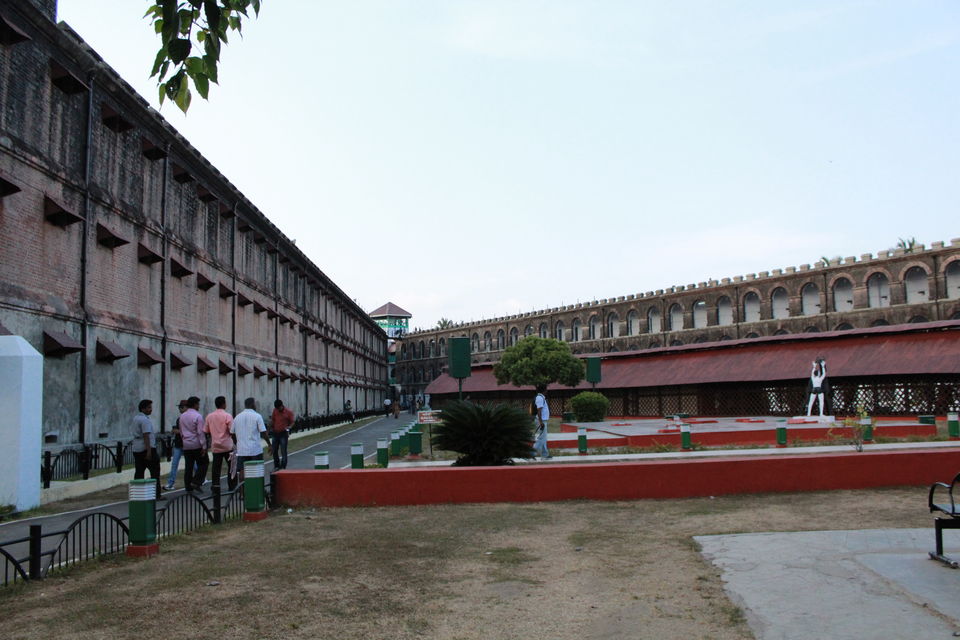 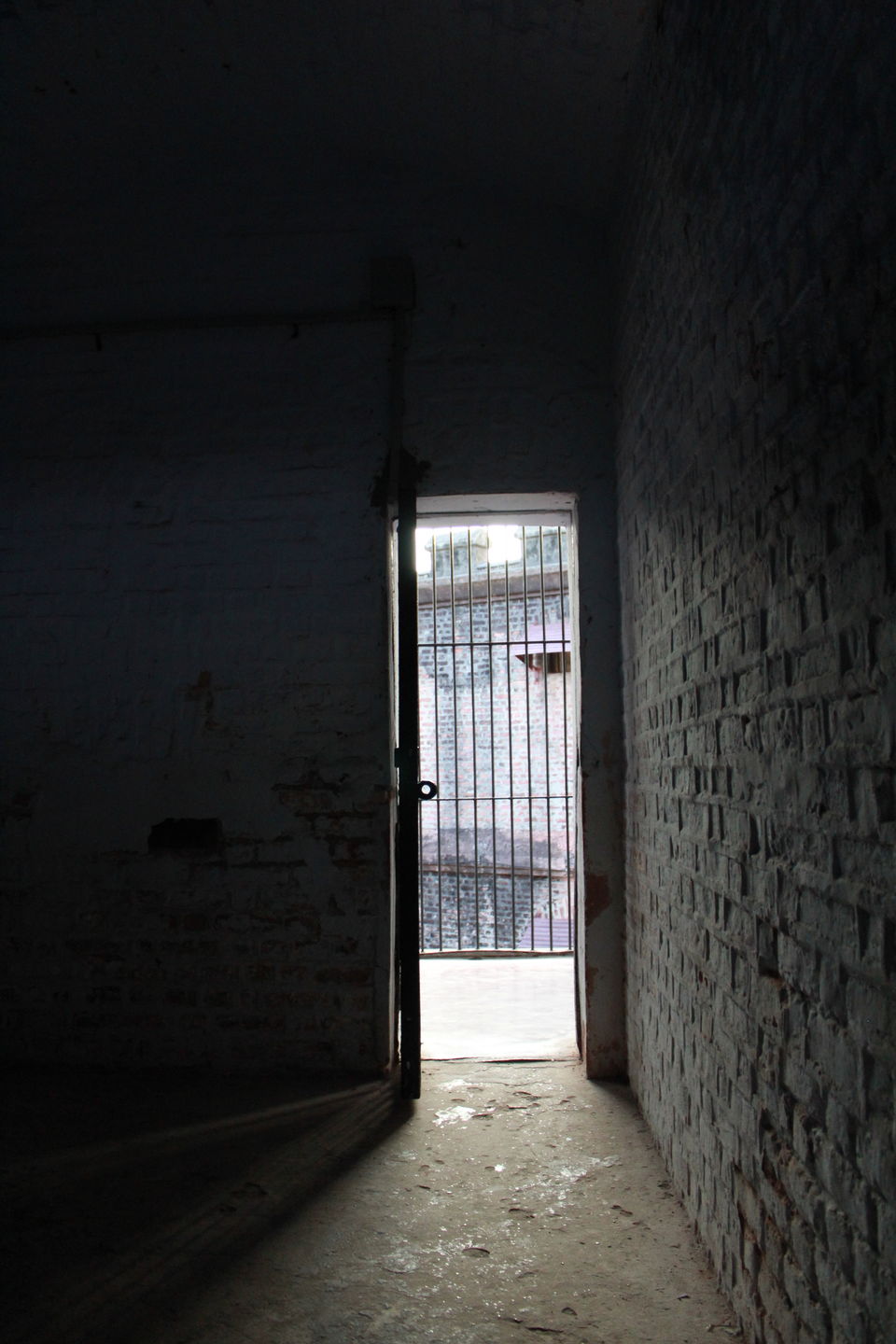 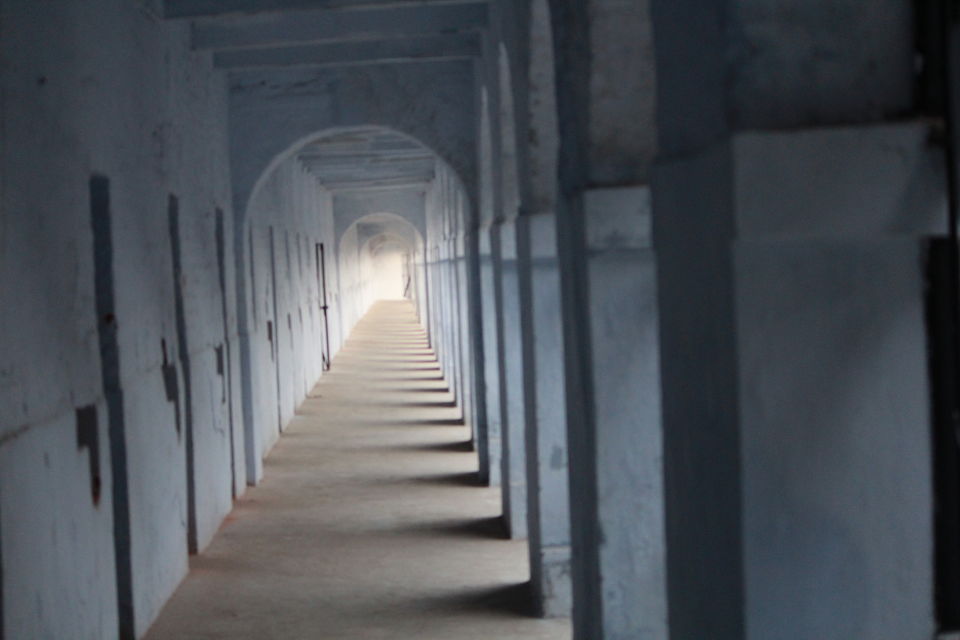 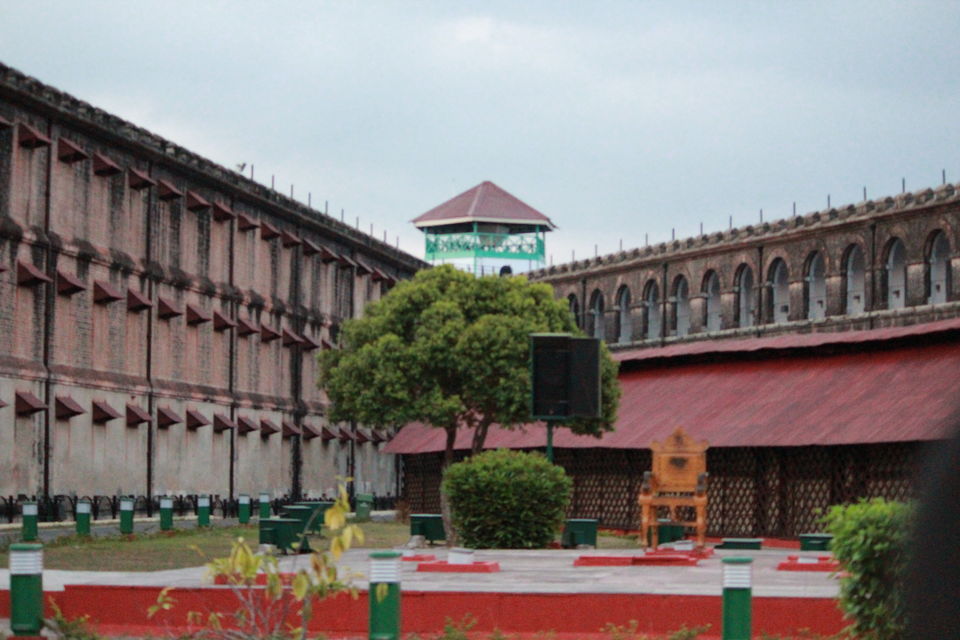 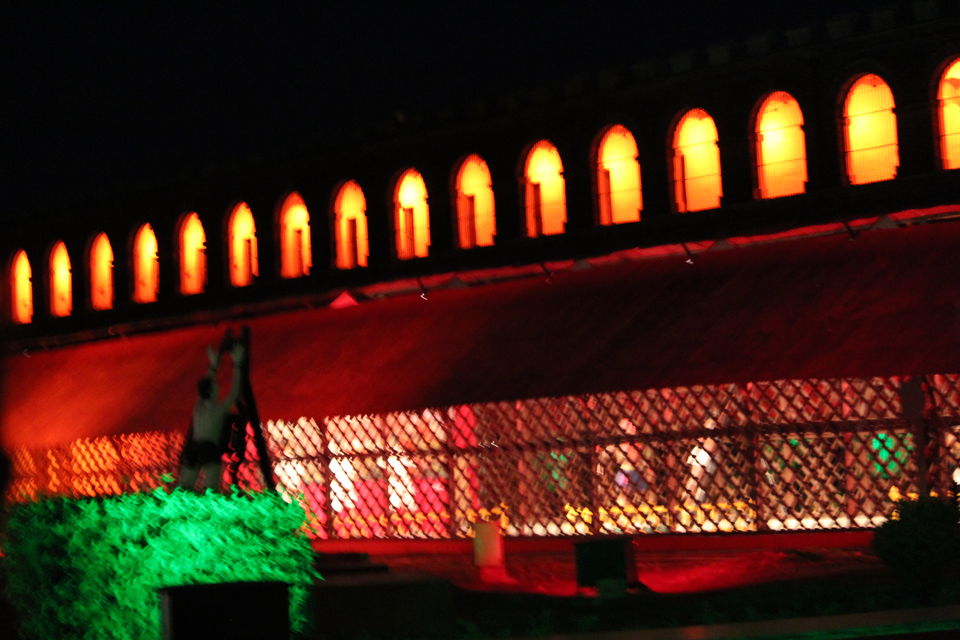 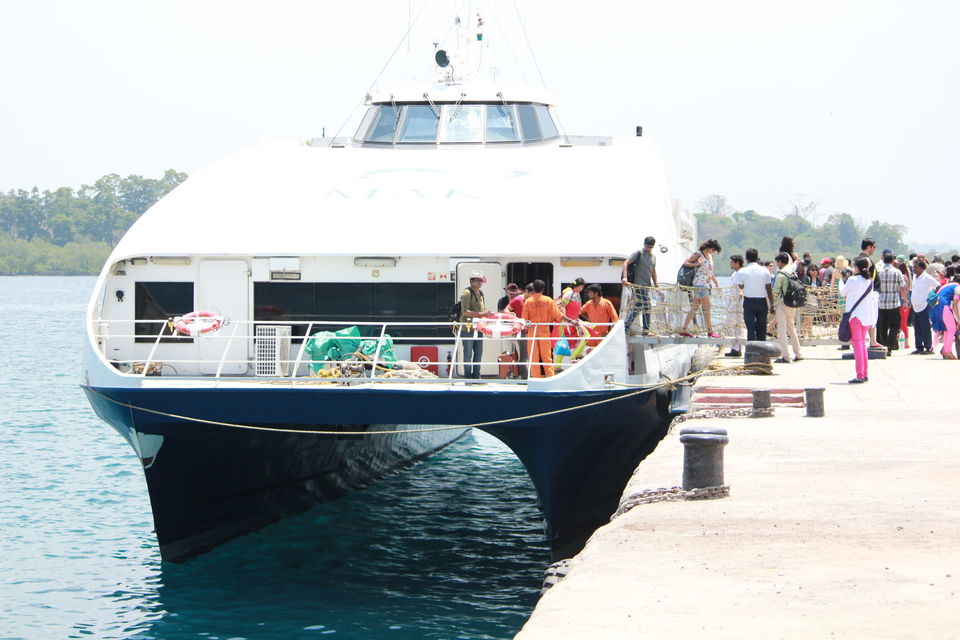 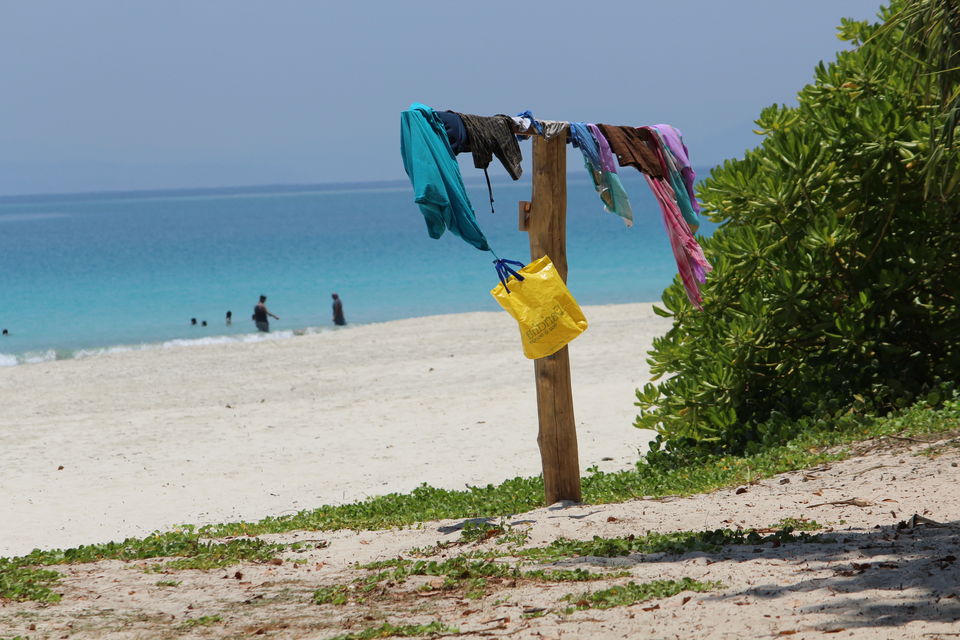 All Geared up for Scuba Diving, Havelock Isla 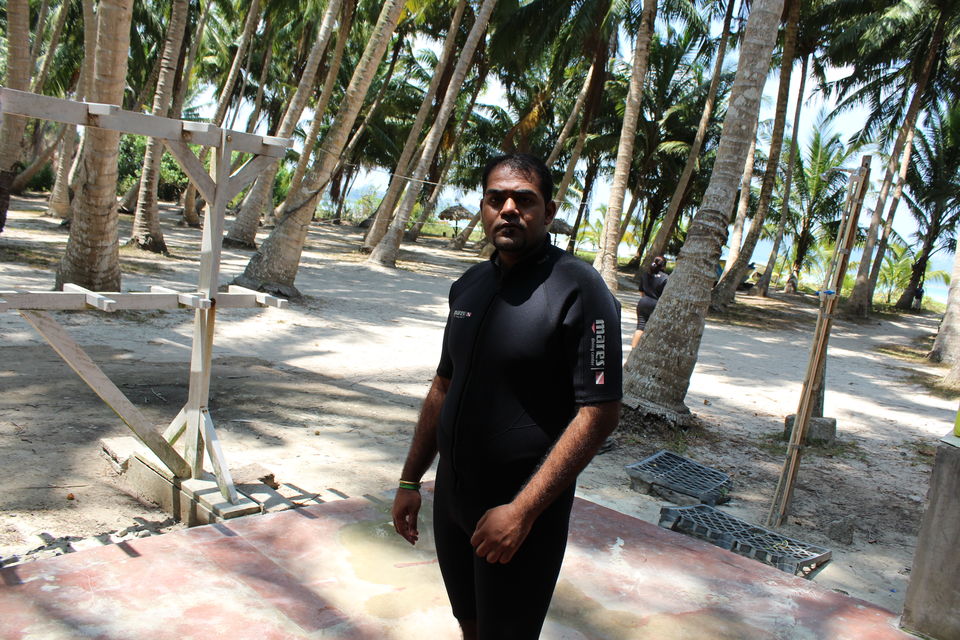 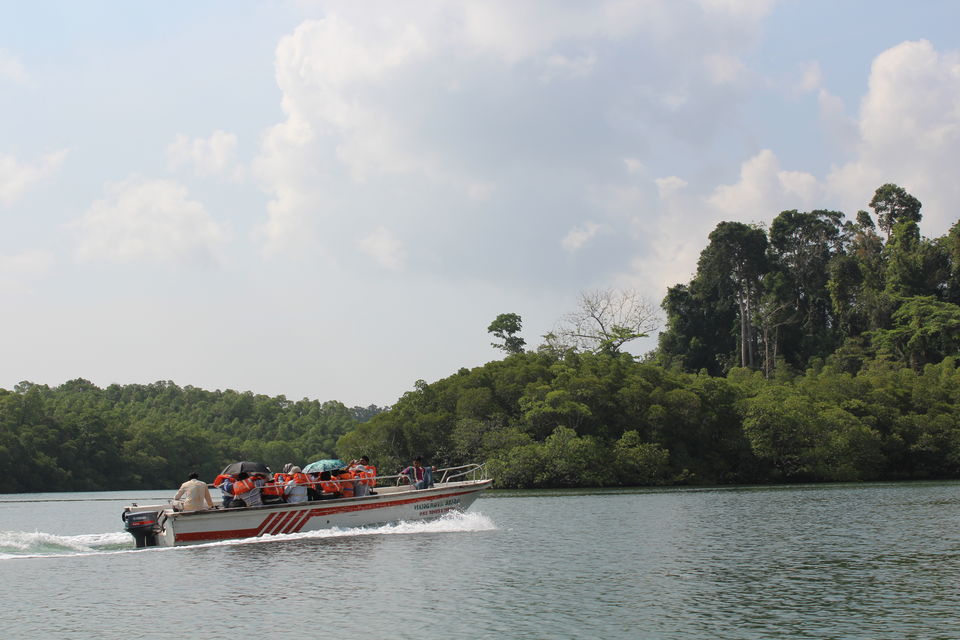 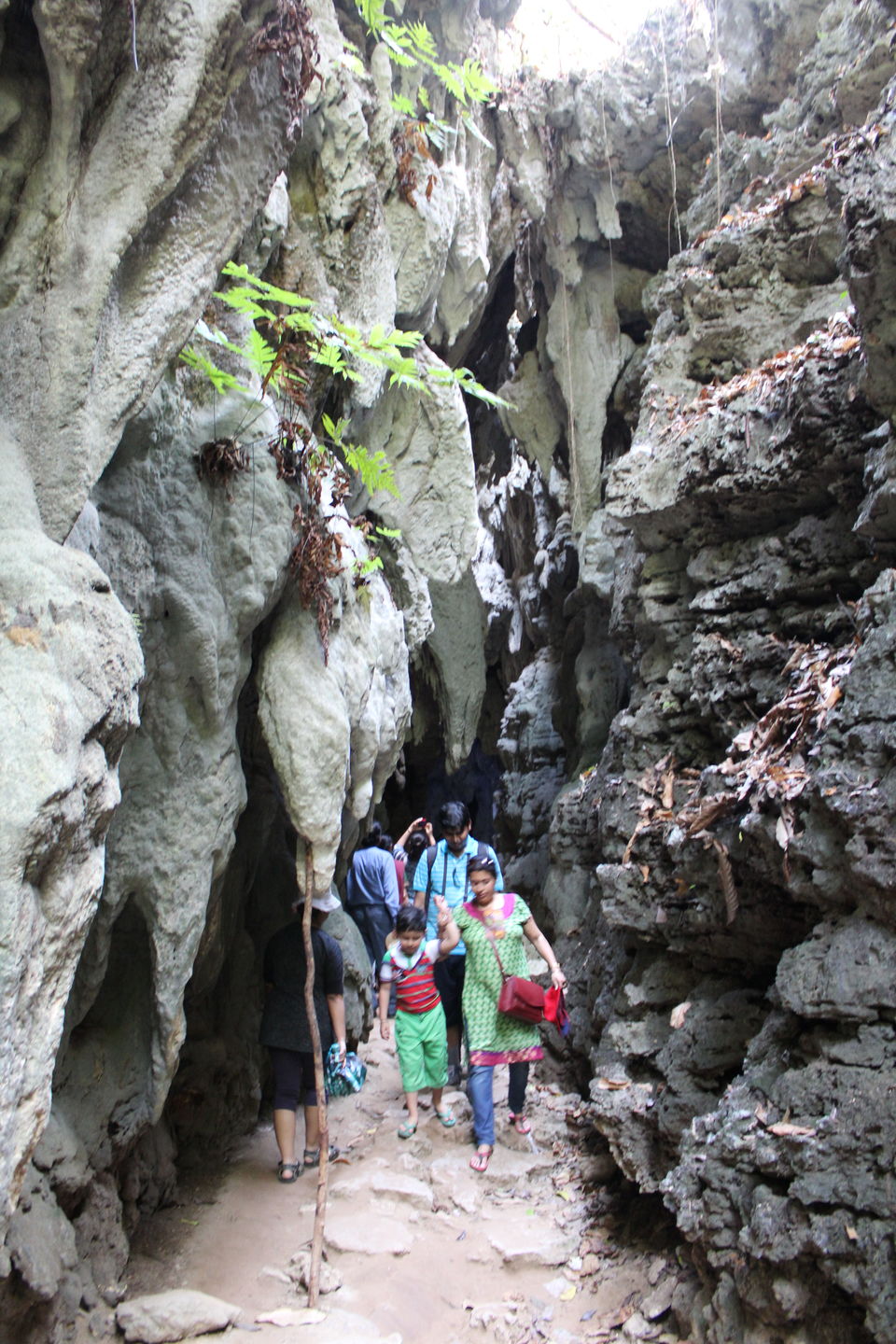 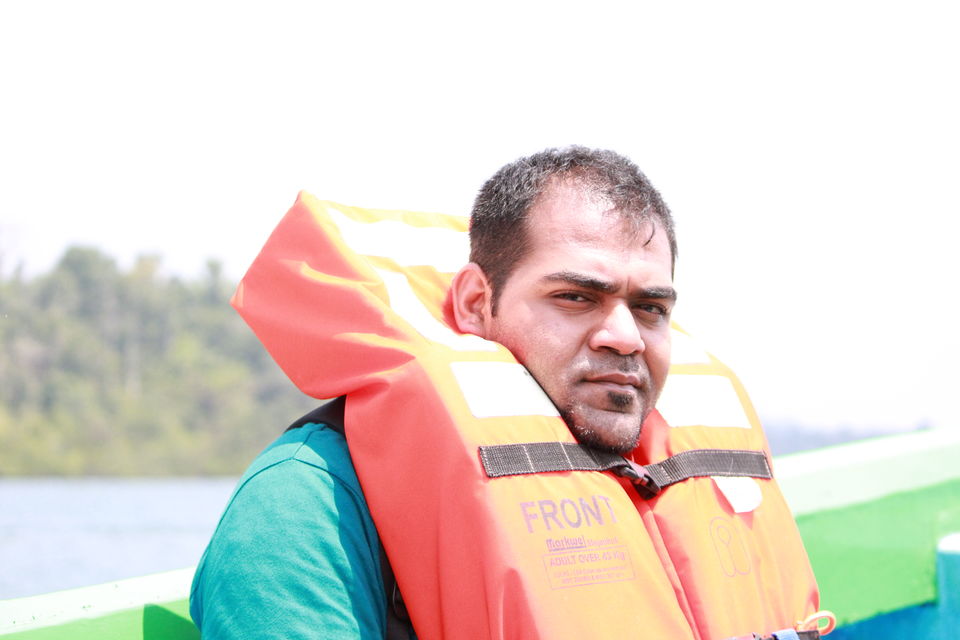 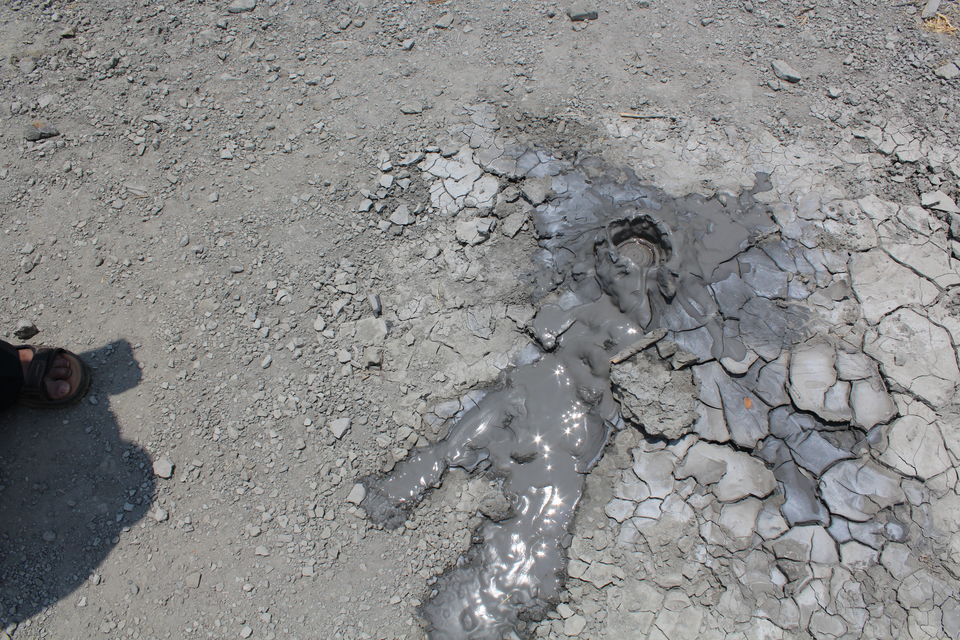 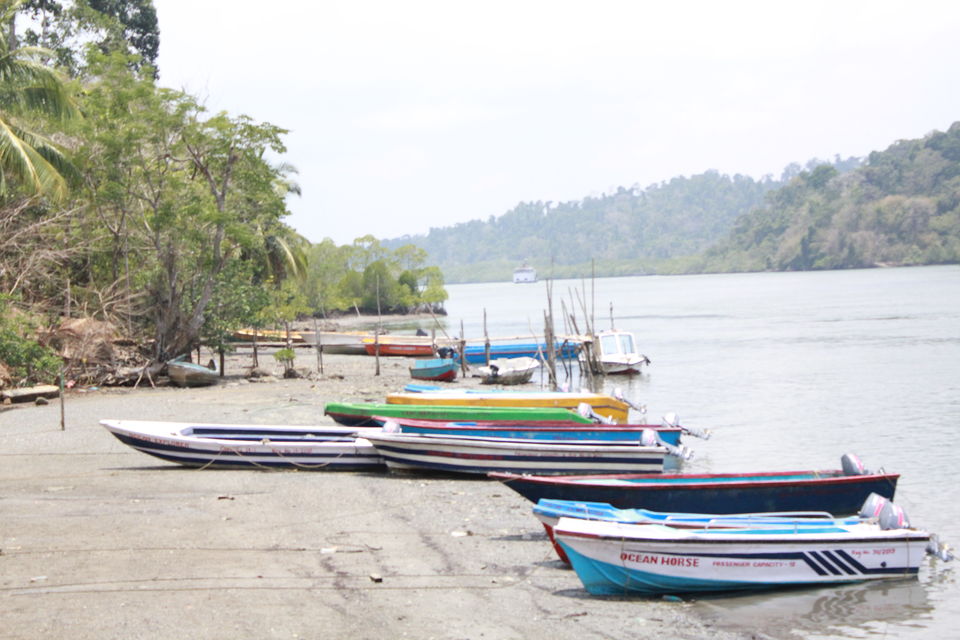 It was a tour organized by my Timex Group for all their Retail Dealers. What made it special was that I was going on this tour with my Family after 15 yrs. It was a memorable tour for me. We had our flights on 11th morning from Kolkata Domestic Airport.

We reached Port Blair by 11 in the morning. The view of the islands from above was really amazing. Try getting the backside window of the flight to get the best view from above. Our travel guide then took us to our resort which was an hour away from the Airport. The cottage at the Rose Valley resort was beautiful. We got ready, had our lunch at the resort and was on our way to Central Jail of Andaman.

On the way we halted near a small beach near Port Blair where we did Water Bike riding. The experience was thrilling. It costs you around 350 for two rounds.

From there we rode to Central Jail or Kala Pani as it was known as. The Jail shuts down at 5 for the later Light and Sound show which start of at 6. We had a guide who explained us all the details and history related to the Jail. After visiting the Cells and getting a lot of pictures we had to move out of the jail for the later Light and Sound show. At 6 we were then allowed to enter the Jail for the Light and Sound show. The show was really breathtaking and it showed all the tortures that our freedom fighters went through. It is a must for anyone visiting the place. After the 1 hour show we returned back to our resort had our dinner and went to bed.

We all woke up at 6, as we had our cruise booked for 8 to the Havelock Islands. It was a 90 mins journey by sea to the Island from Port Blair. After reaching Havelock Island we headed straight to Radhanagar Beach. Probably one of the best beaches I have seen in my life. It claims to be one of the best beach of Asia. the water was crystal clear. We had a lovely time on the beach playing around.

After an hour on the beach, those who were interested in scuba diving were taken to the Scuba Diving spot. It was half an hour from the beach by road. The cost of Scuba Diving for one person is 4500 INR but as it was an off season we got 1000 INR off. After gearing up with the Scuba Diving Swimsuit, we were taken to the Diving Spot by a small boat. Each Diver had a personal trainer and they trained us for the first half hour before taking us inside for the breathtaking scenes. The view inside of the sea was simply amazing. We got to see all sorts of sea fishes. Most common of them being the clown Fish. And no there were no Sharks as we weren't taken that deep into the sea. For the deep sea diving you need to attend a 4 day diving course which costs you around 17K INR.

After the lovely trip to the Havelock Island we returned to Port Blair by the same cruise.

Initially we had planned the day to visit the Ross Island and the beach surrounding it, but later the previous night we had a change of plans. We were heading for the Limestone caves and the Mud Volcanoes. It was a 5 hour journey so we had to wake up 3 in the morning. Our bus was to leave by 4 as we had to catch a military convoy of 6 in the morning to cross the dense forest Jarva Tribes. The forest is strictly forbidden for tourist to cross all alone. So there is a military convoy every 3 hrs which takes all the tourist vehicles with them. Its was a 90 mins journey through the forest. Photographing or interacting with the Jarva Tribes is strictly illegal.

After our way through the forest we reached the Baratang village from where we took a ferry which took us to the Lime stone caves through the dense mangroves forest. The journey to the caves was adventurous. The Limestone caves were a bit disappointing after such an adventurous journey. The caves were very small and not much to see around. After our way back to Baratang we headed for Mud volcano by road. Its a 15 min journey and it was another disappointment as its nothing but small holes from where there is continuous gushing of mud from the ground. My suggestion to everyone if you don't like adventure travelling there is nothing much to see in those caves or at mud volcanoes.

After our 5 hours travel back to our resort, we went for a swim in the resort pool which was really well maintained.

Morning we headed for the pool again and got ready on our journey back to Kolkata from Port blair.